In the line of duty

When I was 10 years old, my dad – a corrections officer at the time – was attacked and beaten by a convicted felon. Our local jail rarely saw many violent offenders, but on this particular day, officers were transporting the inmate from one correctional institution to another, making a stop in our small city on the way.

The prisoner was observant, quickly realizing that my dad carried a set of keys to a small holding room that sat between the main common area for inmates and the administrative offices on the other side of the jail – much closer to the front doors…and freedom. 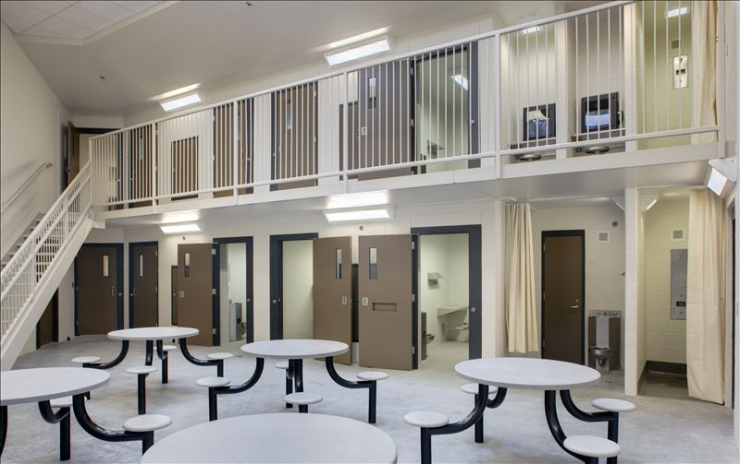 In a flash, he tackled my dad to the ground, furiously beating him in the back and struggling to gain access to his keys. Thankfully, some fast-acting officers sprang into action, a few subduing the inmate while others assessed my dad’s condition.

I don’t remember much about that time or the fallout from that day, but I’ll never forget the pain in my dad’s eyes as he endured rehab and treatments for his back – how he cringed when he stood up from his chair or how he walked slightly tilted to the side for years after. 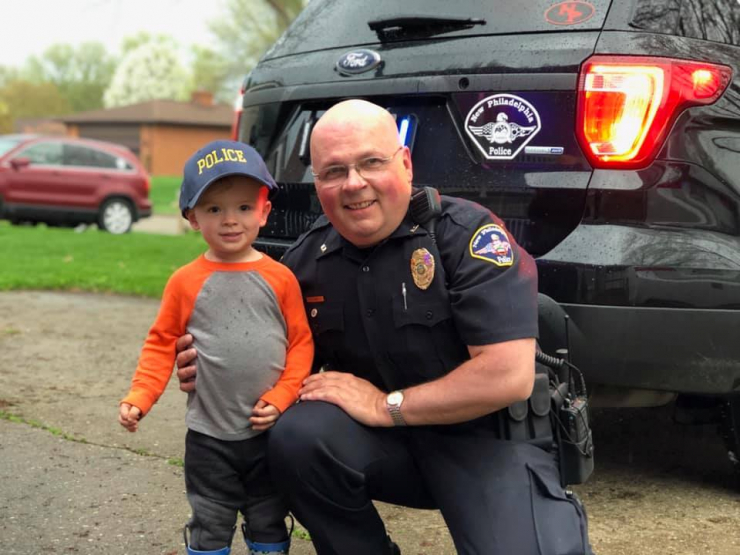 And while my dad’s law enforcement continued after that day, his next 20 years of service marked the beginning of a new era where we better understood what “in the line of duty” really meant, and what it asked of him.

So, when we met Ruben C. a few weeks ago, I knew pretty quickly we were going to have a lot to talk about.

Ruben’s law enforcement journey began after watching Ponch and Jon cruise the Californian highways on the show “CHiPs.” Those guys were nothing but cool, and Ruben couldn’t think of a job he would want more than being a cop.

One day, as a kid, he stopped by his local mini-mart for some snacks, noticing a police cruiser parked near the front.

“The cop inside saw me eyeing his car and said, ‘Do you want to come check it out?’ I couldn’t get over there fast enough,” Ruben laughed.

“He let me play around with the lights and push the buttons, and I turned to him and said, ‘Man, what do I have to do to become a cop?’ And he told me, ‘Listen, stay out of trouble and get your education and you can do whatever you want to do.’”

Ruben took that advice to heart, staying out of trouble and focusing on school.

At age 21, he started his career in law enforcement with the Toppenish Police Department before working for the Department of Corrections in Seattle for about three years. He later moved to the Yakima County Jail for a dual commission with the city of Tieton as a patrol officer, eventually serving as a Corporal police officer.

“The badge has power, but you have to remember that it’s a privilege that can be taken from you. When I put the uniform on, I had pride in it. I became that cop that sat with the kids, showing them the inside of the cruiser and letting them push the buttons and turn on the lights. I loved helping the community.” 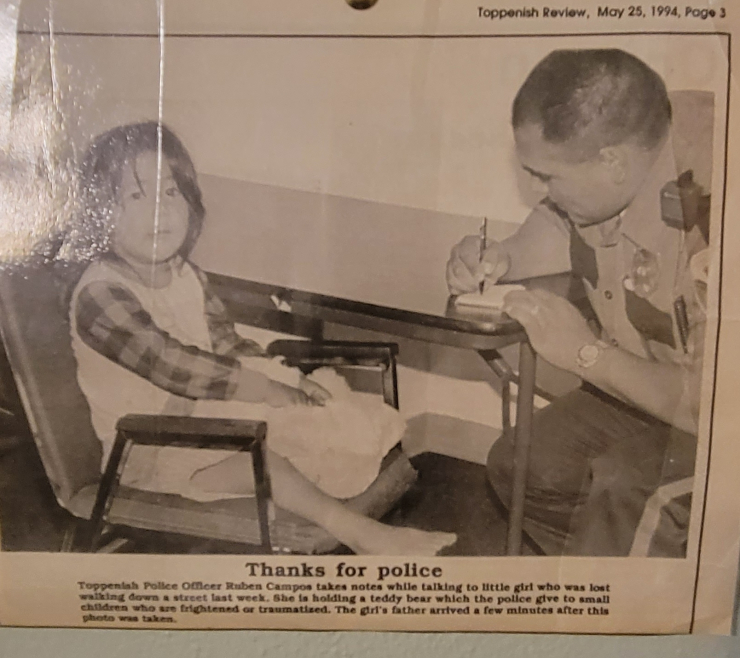 Ruben was doing what he had always hoped for, living his dream of working as a police officer. But sadly, it all came to a crashing halt on March 24, 2016.

Ruben was on duty when he was physically assaulted in an unprovoked attack by a violent offender. His years of training kicked in, and instead of attempting to run, he fought back. In the assault, his left rotator cuff was torn, and he sustained a severe lower back injury. Both injuries required multiple surgical repairs, though none of them were successful in restoring complete function or mobility. 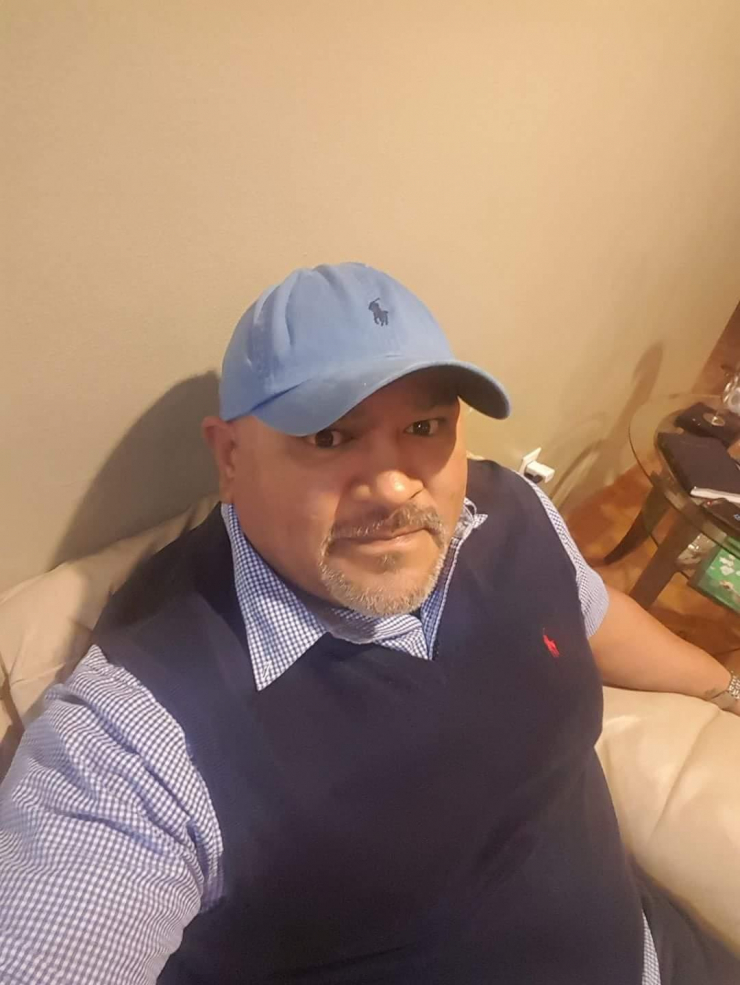 His back injury has proven to be the most challenging, and he now requires the use of an AFO for his right foot drop and a cane for balance.

“That incident changed my life,” he quietly said. “I was unable to return to work, and it was like 22 years of law enforcement just down the drain. It caused me to have severe depression and PTSD that I have to deal with on a daily basis.”

“I had protected my community from criminals, and my career, self-image, health, and family paid the price for life.” 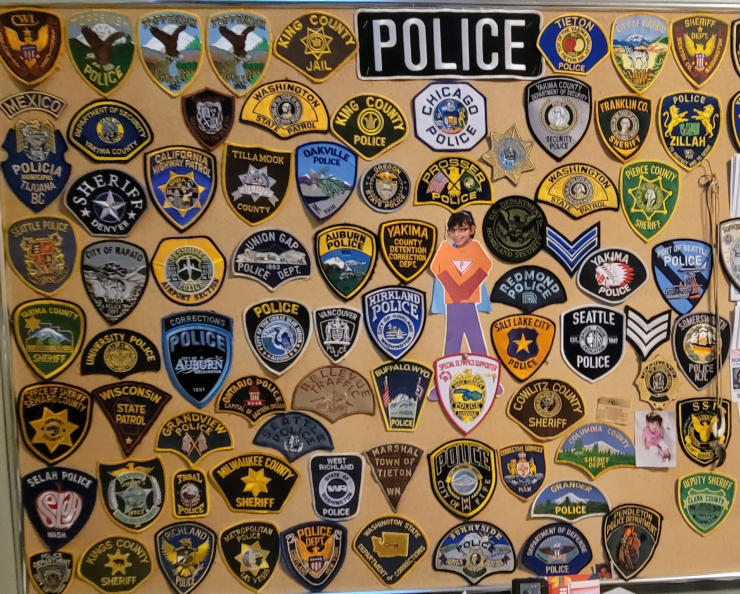 Ruben was shouldering a devastating loss. Not just of his health or career but of a dream he’d held onto for decades.

“There were many dark days after,” Ruben told us. “It took a toll on my family and our relationships. I remember my wife saying, ‘You were the rock, and now we’re all watching you break.’” 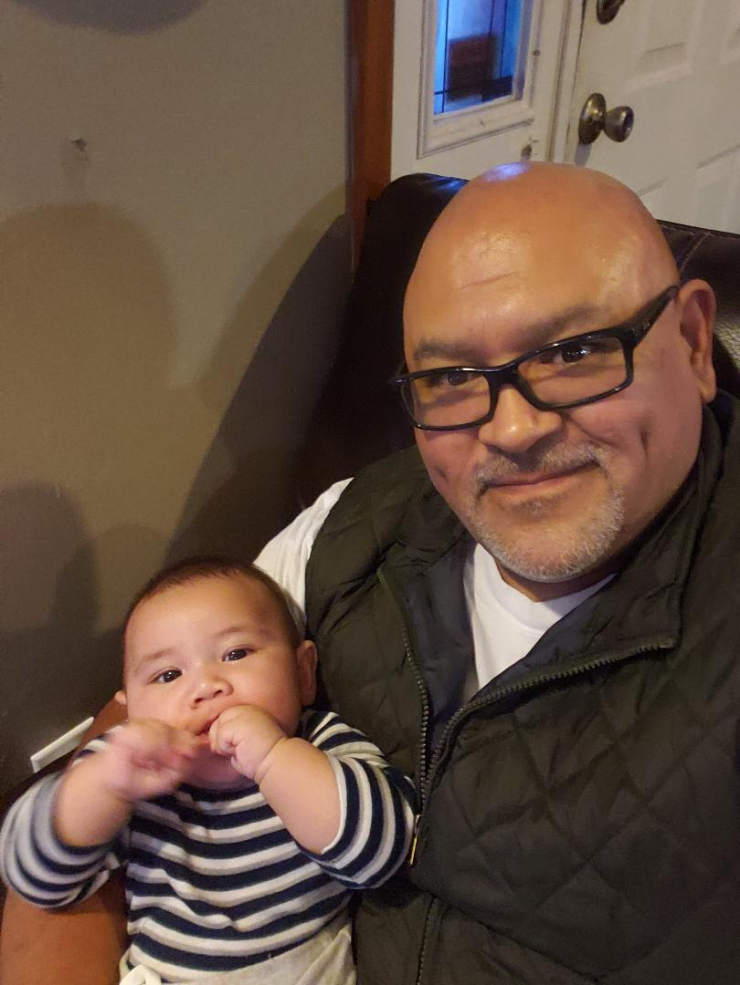 “It’s like a mountain that you’re climbing and you don’t know how you’ll keep going, but you know you can’t give up. It’s hard to describe and I still have my bad days. But I just don’t give up.”

One of the people helping him up that mountain is his 13-year-old daughter Priscilla. In the most police officer moves of police officer moves, when Ruben found out he was having a girl, he looked up names of girls who were arrested frequently and saw that Priscillas are rarely troublemakers. He also heard an Elvis Presley song come on the radio that same day and his mind was made up.

His daughter is the light of his life. Priscilla was born with quadriplegic Cerebral Palsy and requires the use of a wheelchair for mobility. And even though she’s a teenager now, she still asks her dad to hold her hand and loves spending time with him. 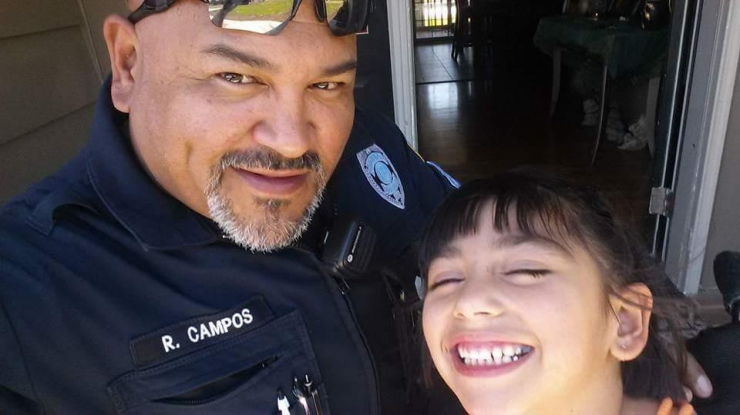 After his injuries, though, mobility became a big problem. Lifting her in and out of a vehicle was not just difficult, it was dangerous. And with Ruben’s continued back pain and foot drop, his own mobility was a challenge, too.

One day, his wife, Shannon, was looking at a bulletin board at the hospital where she works. She saw information about an organization called Chive Charities that helps rare medical individuals, Veterans, military families, and first responders with life-changing grants. An idea was sparked, and Shannon convinced Ruben to apply. 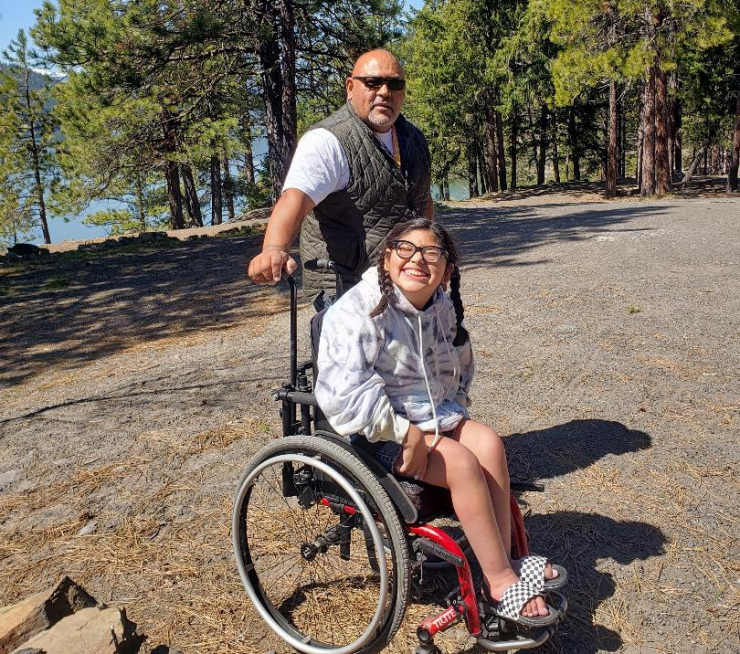 Serving those who serve is core to all we do at Chive Charities, and because of our incredible donor community who refuses to let people fall through the cracks, we were able to approve Ruben’s request for a wheelchair-accessible van for him and his daughter.

Just before Christmas, they received a 2018 black Toyota Sienna for a total impact of $53,000. 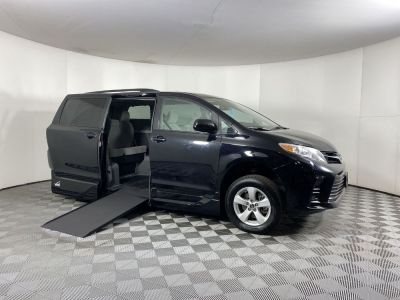 “I really can’t express what it means to us,” said Ruben. “My mom was diagnosed with stage IV cancer recently, and this coming at just the right time really lifts my spirits.”

“This van will help make our lives so much easier, and give me the independence to make me feel more at peace with myself. I lost my self-esteem and worth from being a good community role model to nothing. This is just such a gift for us. Thank you from the bottom of our hearts.” 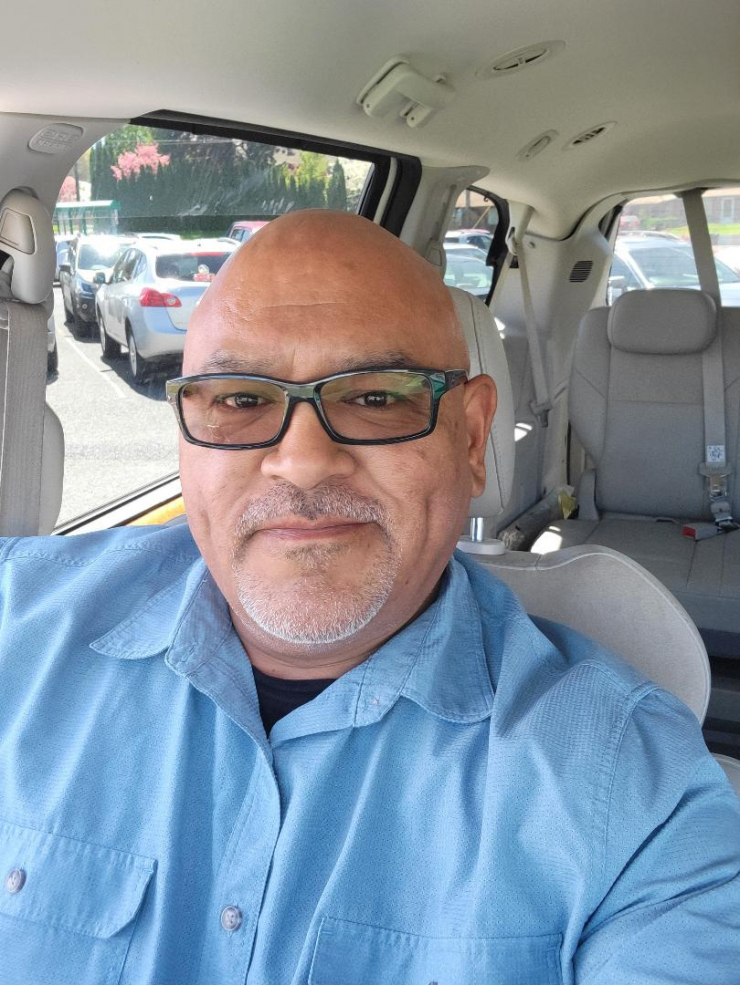 Thank YOU for 22 years of service, Ruben. Thank you for following your dream. 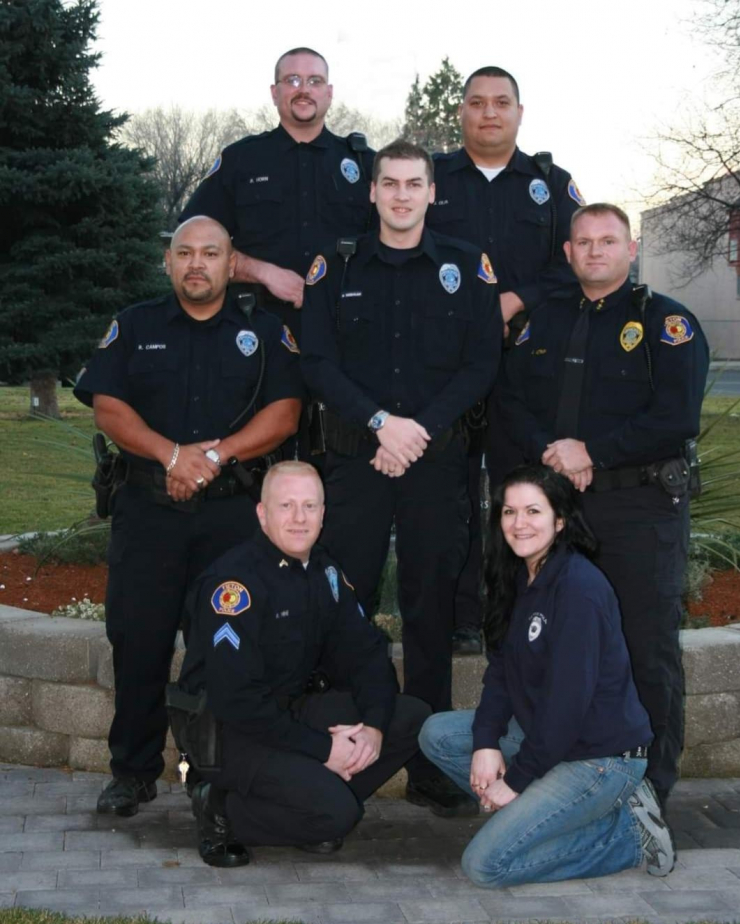 In the line of duty is a common phrase with so much meaning. It represents the service and sacrifice of first responders and what they stand behind. When that opportunity to serve is taken from them at no fault of their own, they deserve to have someone there to support them. For Ruben, that was you. For all the first responders, Veterans, military families, and rare medical diagnosees…that was you, too.