Each spring, college acceptance letters go out all across the country as thousands of students prepare for the next step in higher education. Four years ago, Lindsey Muszkiewicz was one of them. 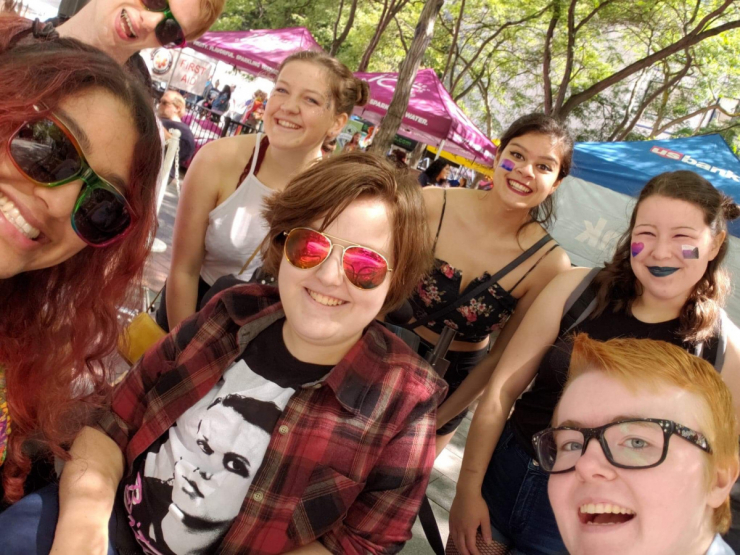 She graduated from Graham Kapowsin High School as one of the top ten students in her class, and her quick acceptance into the University of Washington came as no surprise to anyone who knew her. 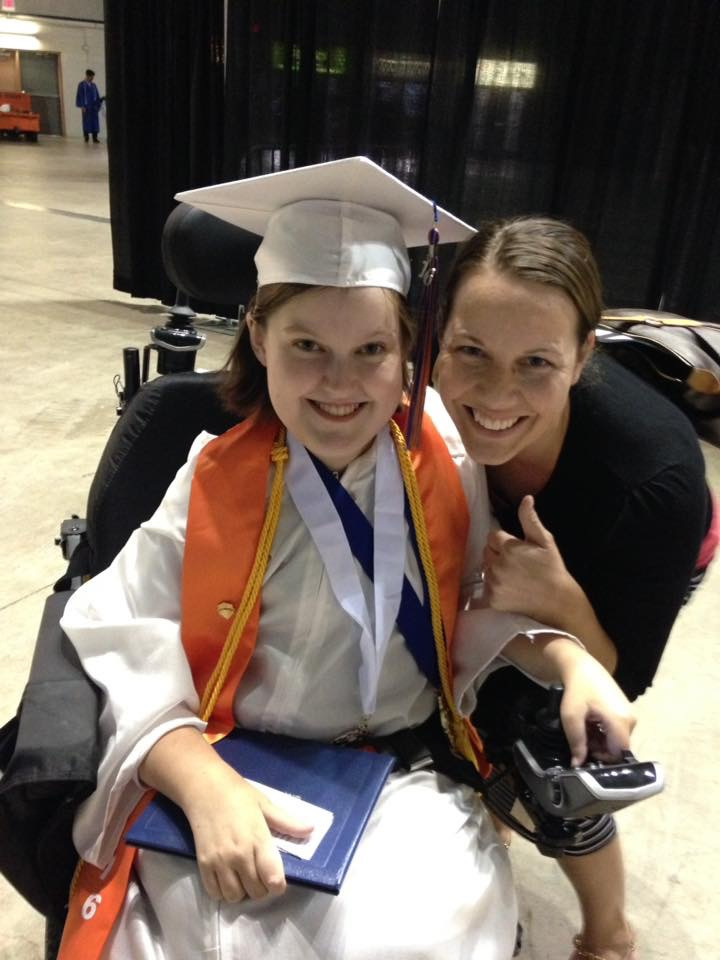 Like most incoming freshmen, Lindsey prepared to move away from home, settling into her new digs at the Seattle campus before classes began in the fall.

Unlike most incoming freshmen, Lindsey did it all from a wheelchair.

20 years ago, Lindsey was a typically-developing toddler. But, as she approached her second birthday, that would begin to change. “Although I waddled in the fashion of a penguin for a few months as a bald one-year-old, I have no recollection of it,” Lindsey said. “My memories begin using a wheelchair.” 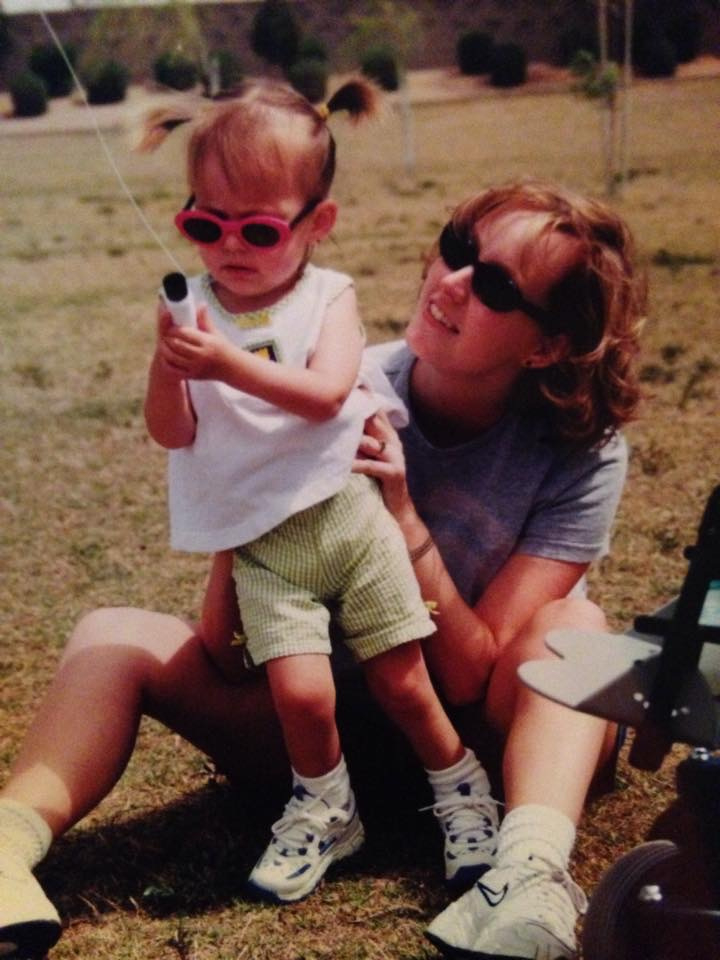 Lindsey was diagnosed with Spinal Muscular Atrophy, a form of muscular dystrophy that meant she’d have progressive muscle weakness her whole life. Soon after her diagnosis, Lindsey got her first manual wheelchair. However, less than three years later, the muscle strength in her arms had depleted so much that she could no longer propel herself forward in a manual chair. With her first power wheelchair, though, the sky was the limit.

“My parents would be the first to tell you I drive like a daredevil, a real Evil Knievel from an early age,” Lindsey told us. “I loved pushing myself to go further and faster in my chair, and still do, the make and model of my power chairs growing with me to keep up with my desire to go all day long.” 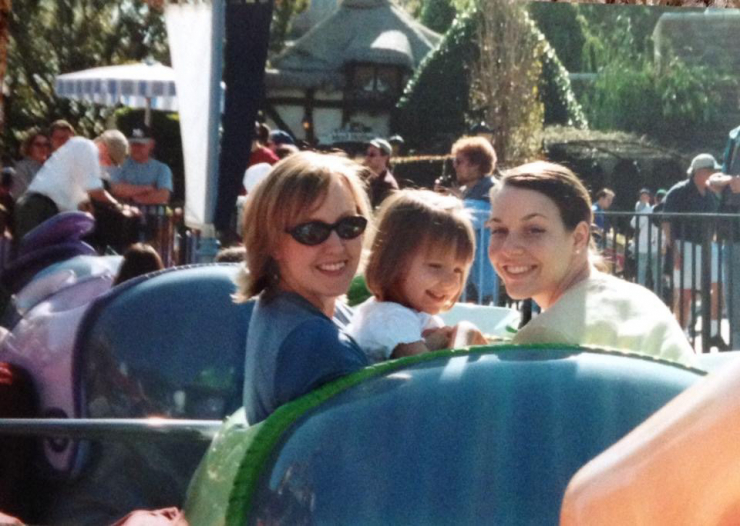 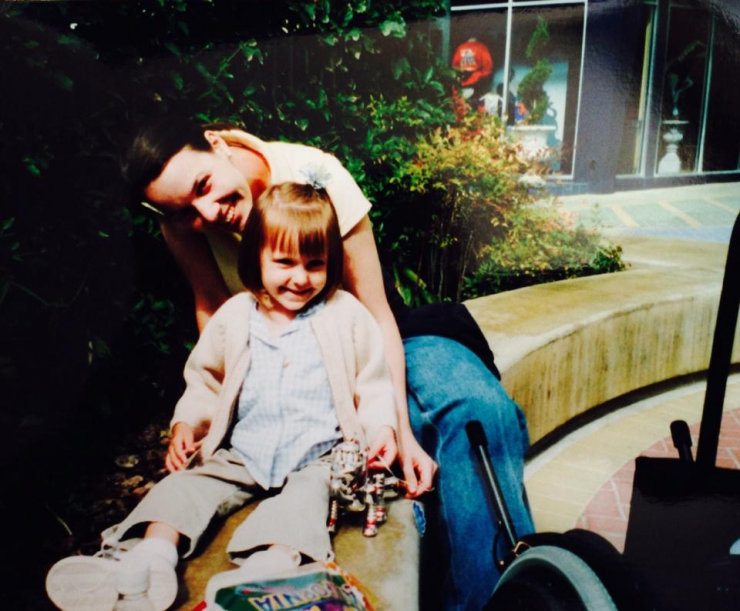 Not much has changed since then. Lindsey is still driven to keep going, always on the move and looking for the next thing to tackle. But sometimes, her power wheelchair can’t keep up. And what happens when your power wheelchair dies?

Well, if you’re lucky, you have a manual chair to use while you wait for a replacement or completed repairs. Thanks to her astute parents, Lindsey was lucky -- she almost always had a back-up means of mobility and wasn’t forced to be bedridden for unforeseeable amounts of time. 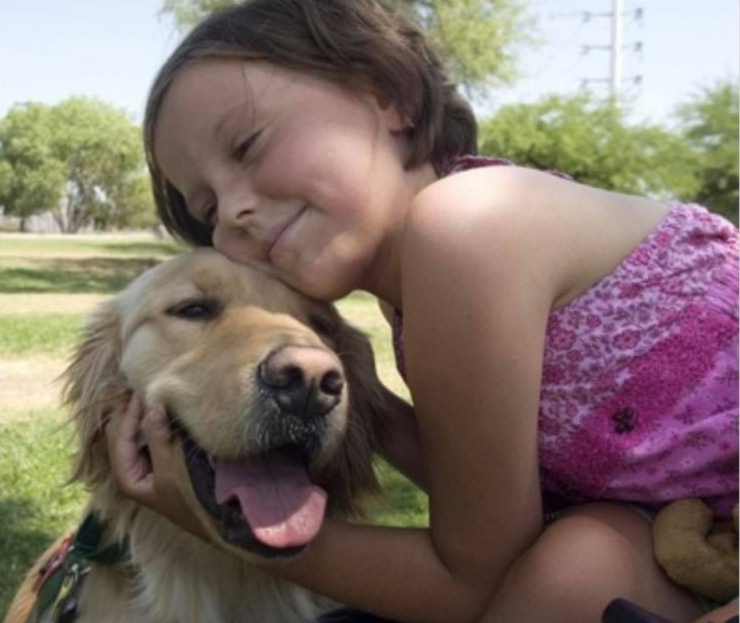 Unfortunately, insurance companies aren’t always looking out for the individual, and a critical policy change greatly impacted Lindsey’s life and her future.

Let’s fast forward back to Lindsey’s first semester at college. Remember that one? She had just graduated at the top of her class, moved to Seattle to live independently for the first time, and did it all from her wheelchair. Only it wasn’t from her power wheelchair.

Seven months prior, Lindsey’s power chair did what all power chairs do after five years or so: it stopped working. When she was younger, she simply would have transitioned into a manual chair and waited for her new (or improved) power wheelchair to arrive. 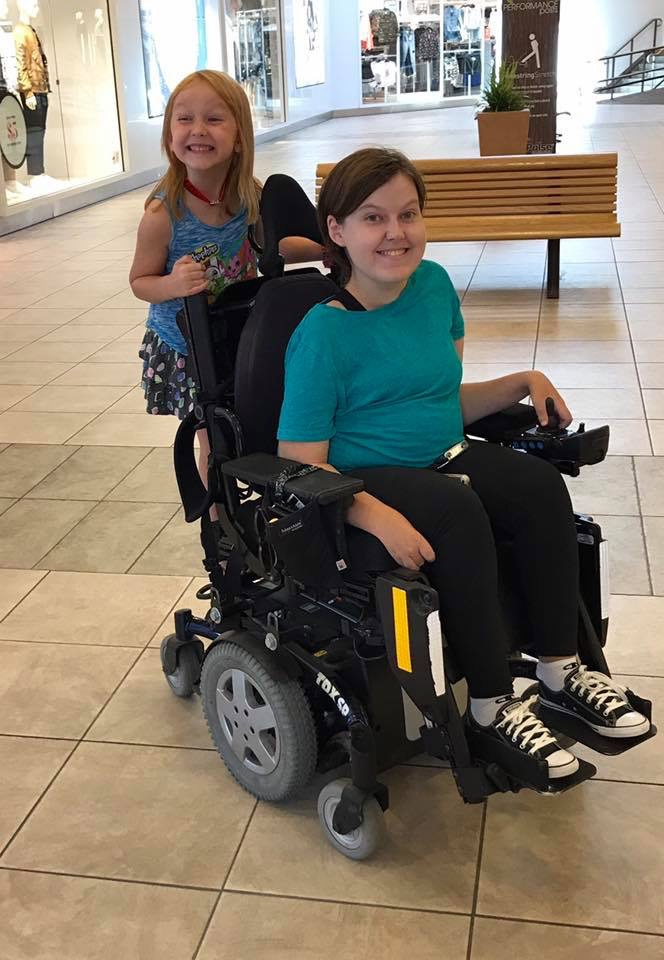 However, there was an insurance policy update that stated if her provider covered the cost of a power wheelchair, they would NOT pay for a manual wheelchair, too -- and they would only cover the cost of one or the other every five years. Well, wouldn’t you know it, power wheelchairs only last about five years. And since those are Lindsey’s primary means of transportation, that means she hasn’t been eligible to receive her own manual chair since she was 13 years old.

It’s pretty unfair that someone so driven, so ambitious, has to slow down because the one thing she needs to keep going won’t let her. 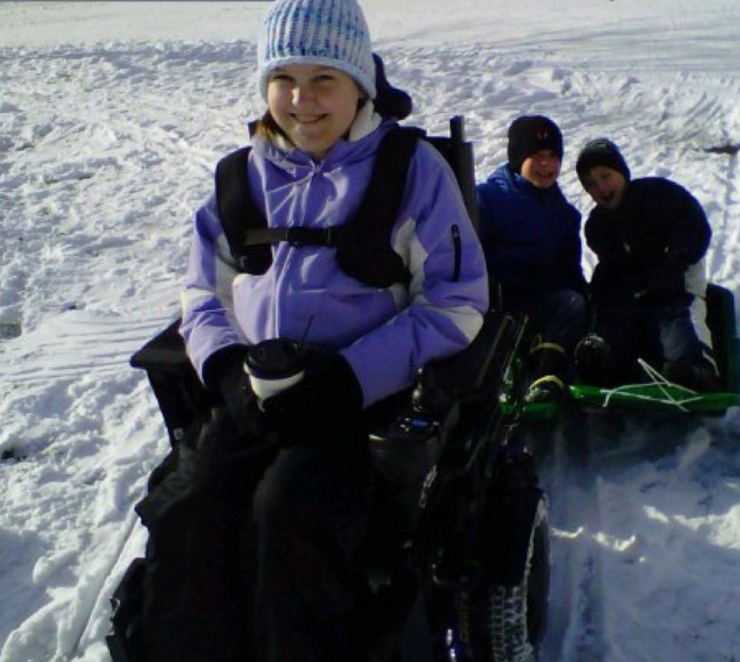 Lindsey has some pretty big goals. Aside from graduating with her bachelor’s degree, she dreams of working in the entertainment industry as an animator specializing in character animation and visual development, or as a writer for television (she’s currently working a remote internship for The Late Show with Stephen Colbert on her way to achieving that goal). Her work speaks for itself. 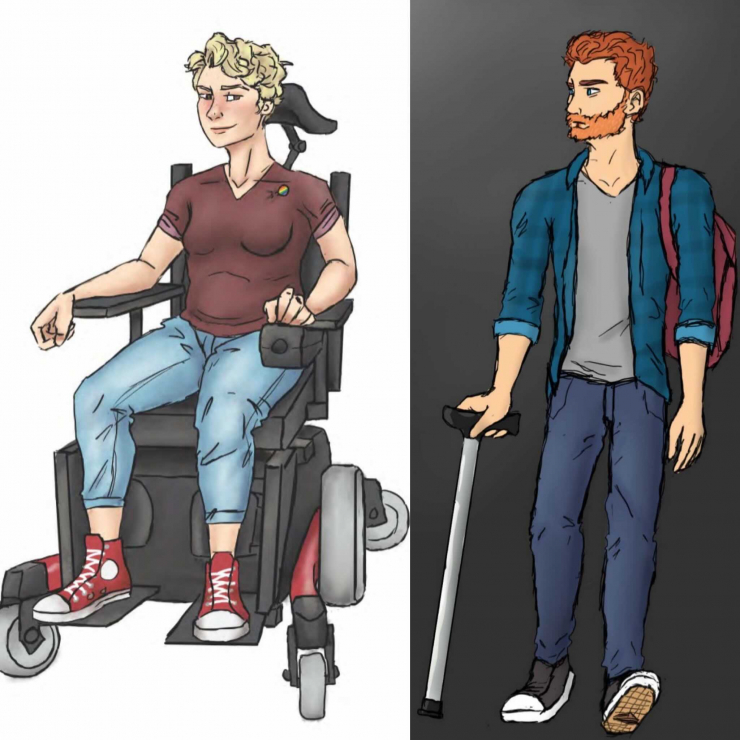 She’s also a student assistant in the DO-IT Center (Disabilities, Opportunities, Internetworking, and Technology) and is an on-campus advocate for people with disabilities. In her free time - and we’re still trying to understand when that might be - Lindsey created a campus-wide campaign called F*** Stairs. 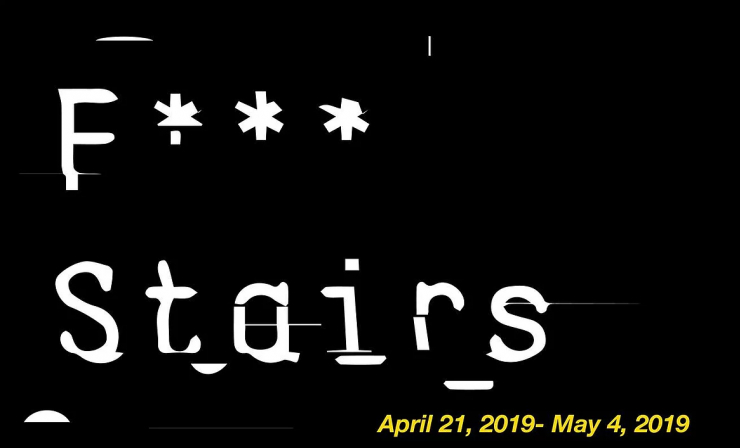 The purpose: educate ambulatory students on the trials and pitfalls of navigating a collegiate campus with a disability. In typical Lindsey fashion, the campaign was a total success and she’s looking to work with other universities to take it nationally.

Lindsey is so good, and we couldn’t let her ambition get derailed because of a failed backup plan that’s completely out of her control. The last time her power wheelchair stopped working, she was stuck in the middle of the campus with no electrical function. The loaner manual wheelchair she received was shaped for a 300-pound, 6-foot-tall man.

“I ended up duct taping pillows and towels to the seat, footrest, and back in order to fit enough to reach the controls,” Lindsey told us. “It was humiliating to be forced to pack myself in, just so I could make it to mid-terms. It was uncomfortable, distracting, and debasing.” 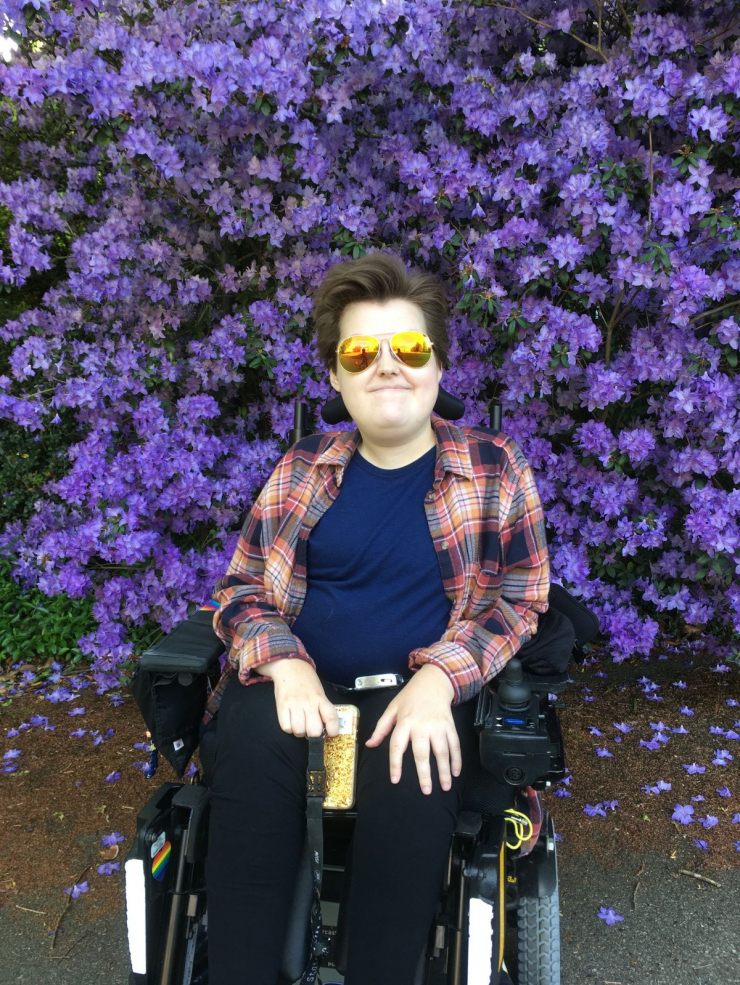 Our donors gave Lindsey the one thing she couldn’t give herself - a sense of peace in knowing that if her power wheelchair fails her, we will not. This week, Lindsey got her sense of peace in the form of a new manual wheelchair for an impact of $4,129, a perfect fit made just for her. No duct tape or pillows needed. 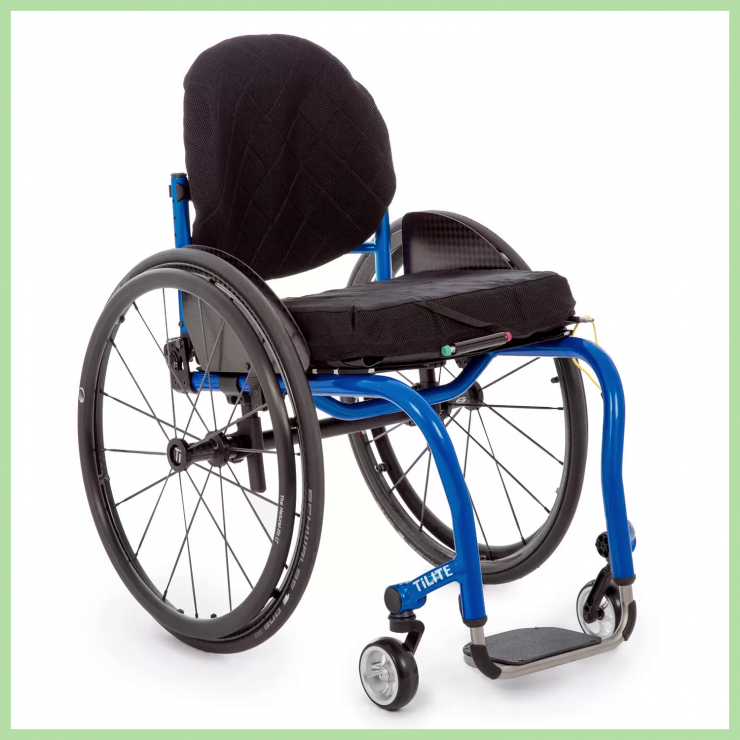 When it comes down to it, Lindsey and others like her shouldn't have to ask for help to get basic necessities or to have their needs met. It takes a certain vulnerability to cast pride away and humbly ask for the things you need to live a more "normal" life. Yet each and every day, we read requests from people all over the country who are doing that very thing.

So often, they are put into these positions where they have to ask for some help. Well, that’s why Chive Charities exists. People who shouldn’t have to ask come to us. They come as a last resort, the last door left unopened. And we stand here ready and waiting to open it for them. They shouldn't have to ask for help, but they have. What will your answer be? DONATE HERE.