This science meme will make you smile. 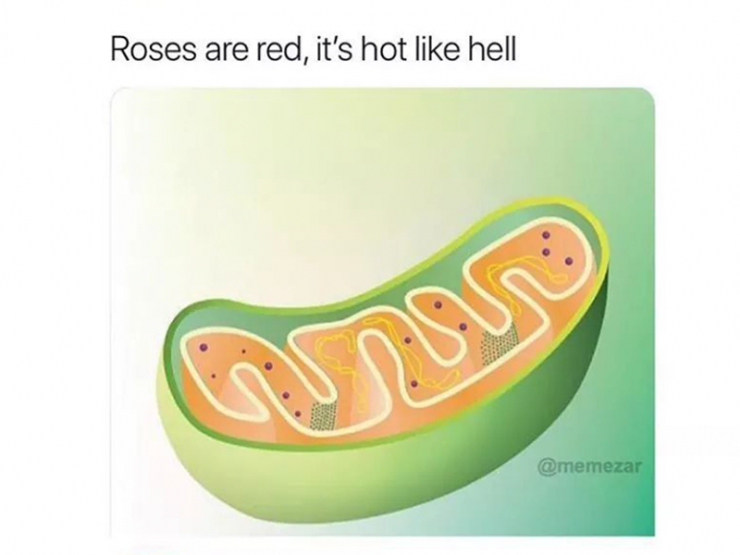 If there’s one thing my 9th-grade science teacher taught me, it’s that THE MITOCHONDRIA IS THE POWERHOUSE OF THE CELL! This memetic bit of knowledge has been stuck in my brain for years. Thanks, Mr. Thompson. Your biology teacher may have even hammered the point into your head, too. The fact that we all still remember it probably proves Mr. Thompson’s point:  the Mitochondria is pretty damn important! But have you ever wondered what would happen if the powerhouse of the cell stopped living up to its name? 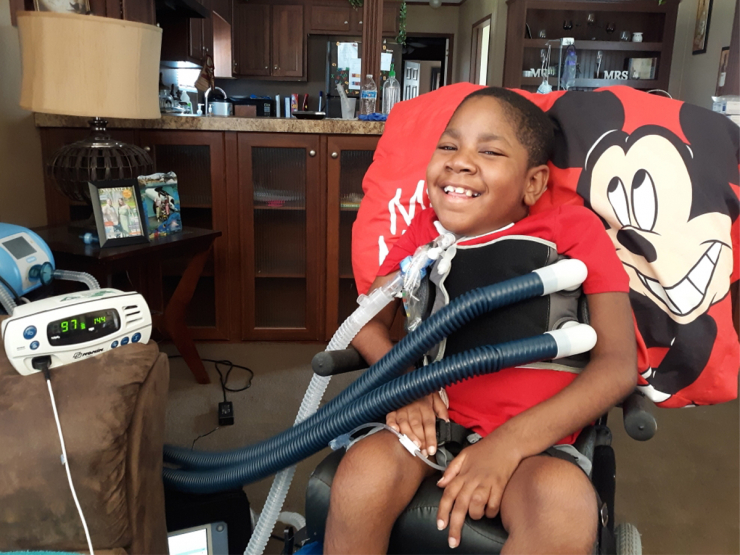 Eight-year-old Macyn knows better than anyone. He has a very rare condition called Mitochondrial Complex 1 which prevents Macyn’s mitochondria from producing energy in the way they should. In fact, they struggle to produce any energy at all. He is one of only four individuals to have been diagnosed with his particular brand of MC1, which is a deficiency due to a homozygous TIMMDC1 gene. 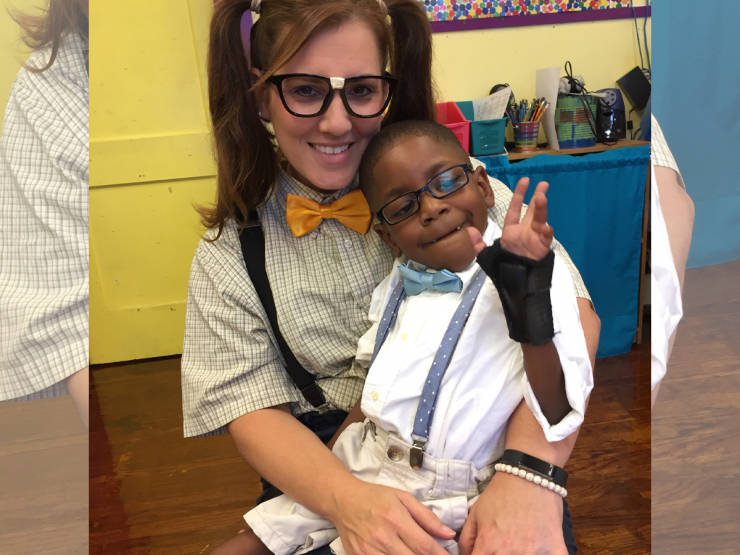 As you can imagine, the condition impacts pretty much every area of Macyn’s health. But since he knows that his powerhouse isn’t as powerful as it should be, he has decided to become his own powerhouse instead! 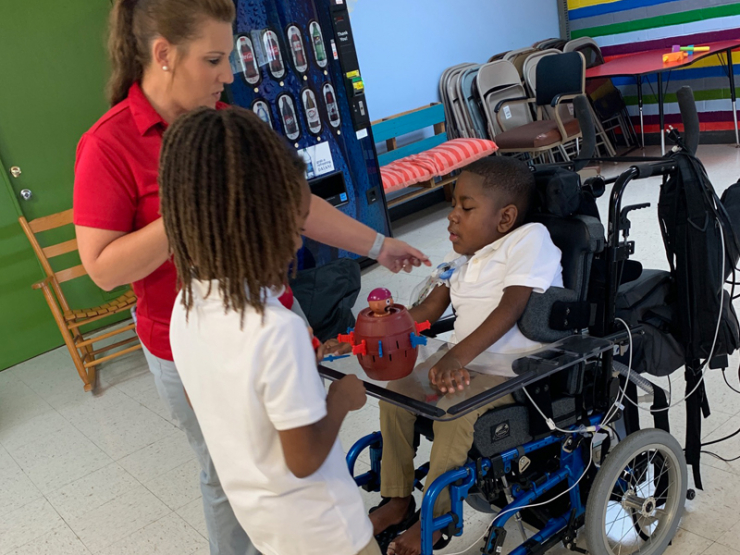 While many of us used to skip school even just for a little cold (guilty!), Macyn powers through 3 school days a week along with physical therapy and doctors appointments - and he does it all with a smile.He loves to laugh along with Disney movies on his iPad when he’s stuck in the hospital. Macyn is known around town as the boy who brings joy everywhere he goes. Even though he has so little energy in his body, he knows it takes more muscles to frown than to smile! 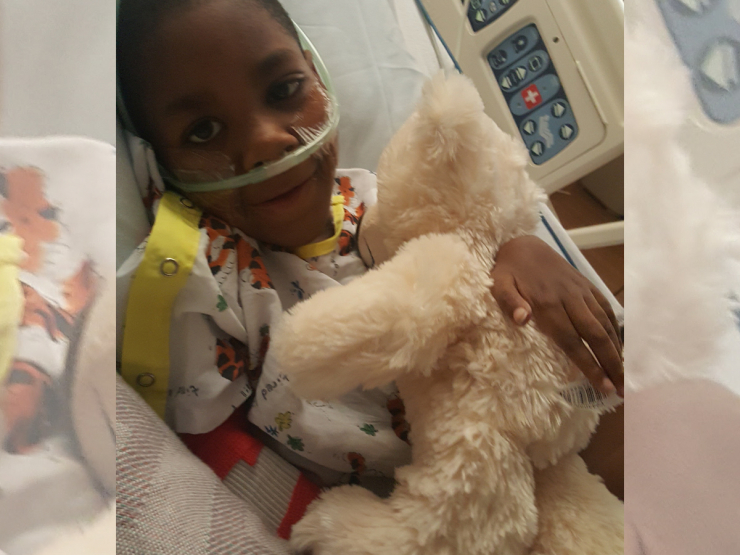 His attitude is nothing short of amazing considering the things he has been through. The degenerative nature of Mitochondrial conditions means that his progress tends to regress; he is physically weaker now at 5 than he was at 1.

Macyn started experiencing seizures in 2015, but that was just the beginning for him. 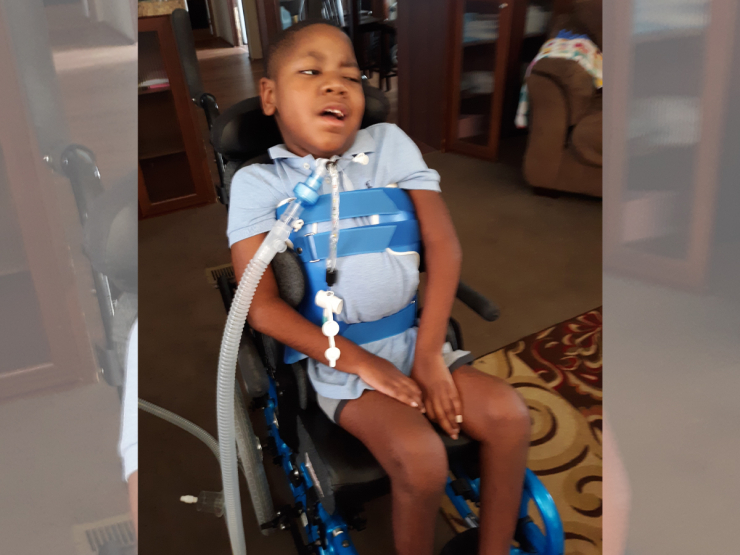 The next three years were one nightmare after the next. Macyn underwent a tracheotomy, developed optic nerve atrophy, and his scoliosis got to the extreme point of 90 percent curvature. 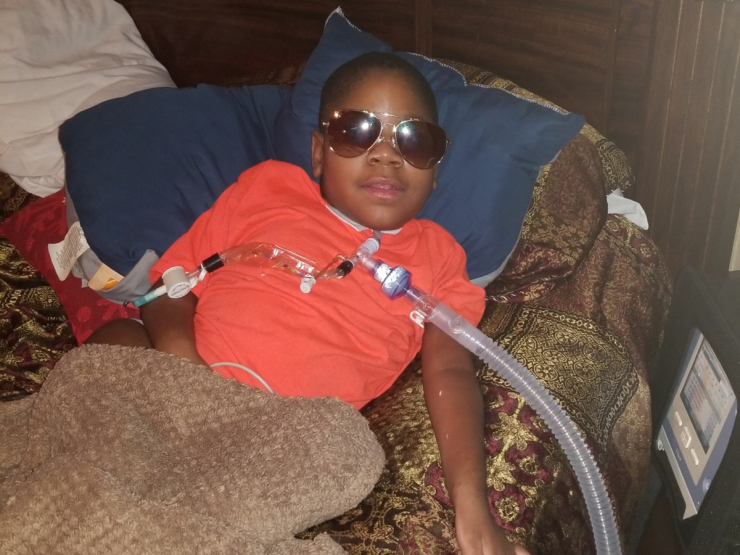 His trach is now a permanent fixture, but it sure doesn’t stop him from lookin’ cool. 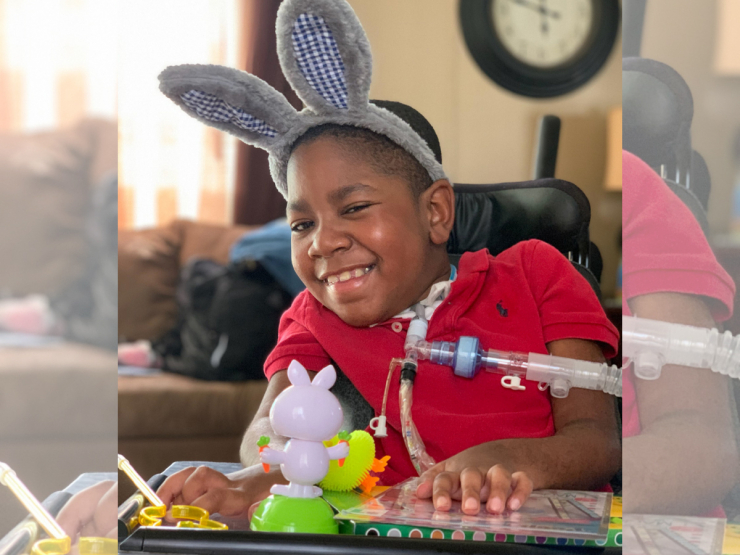 Macyn endures a back brace for 20 hours a day to hopefully correct some of his scoliosis because surgery to repair it could be life-threatening for the little guy. Despite all that he faces daily, Macyn still manages to make those around him smile - so we felt it was time HE got a reason to smile. 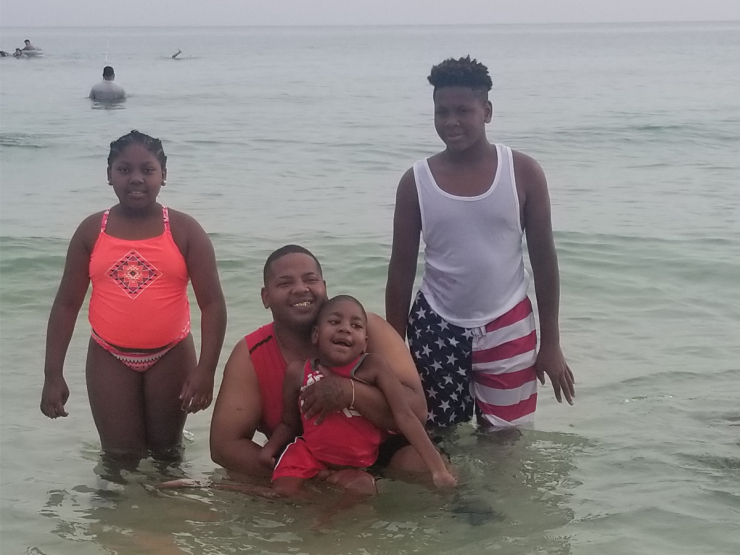 Little Macyn, bringer of smiles, has something extra-awesome to smile about, thanks to the generosity of our Chive Charities donors. We have purchased the family a $39,325 fully-accessible Toyota Sienna van with a wheelchair ramp! 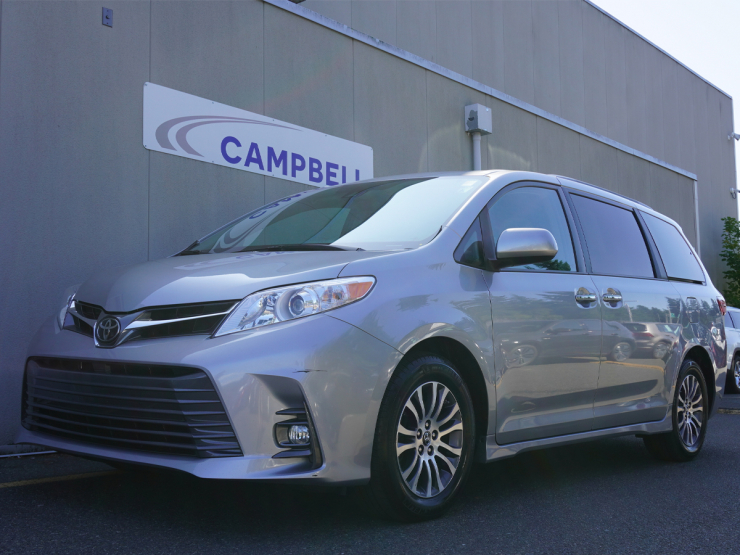 Macyn travels with a long list of “accessories” for his tracheostomy and ventilator, which he is vitally dependent upon. Towing all of these things, in addition to his power wheelchair, was becoming next to impossible for Macyn’s family. 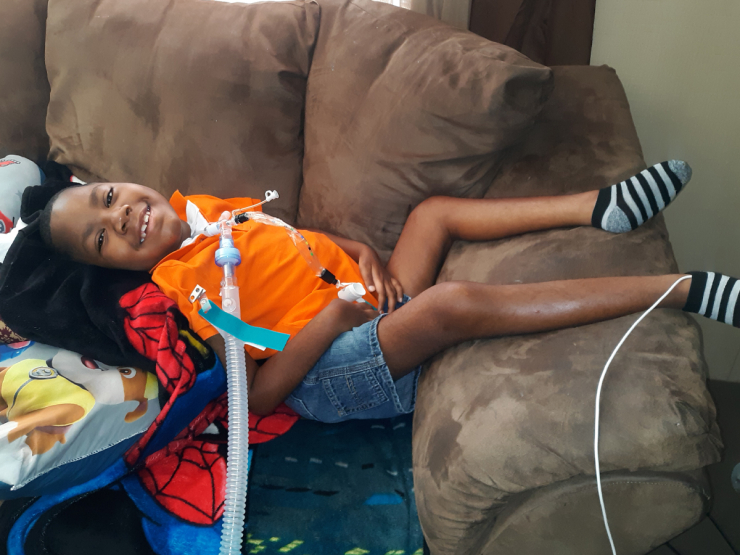 Now he can get to and from doctor’s visits, play dates, school, and everywhere else, safely and easily, all thanks to the greatest community on the planet (that would be you). Because the outside world needs the extra joy that Macyn’s smile brings. 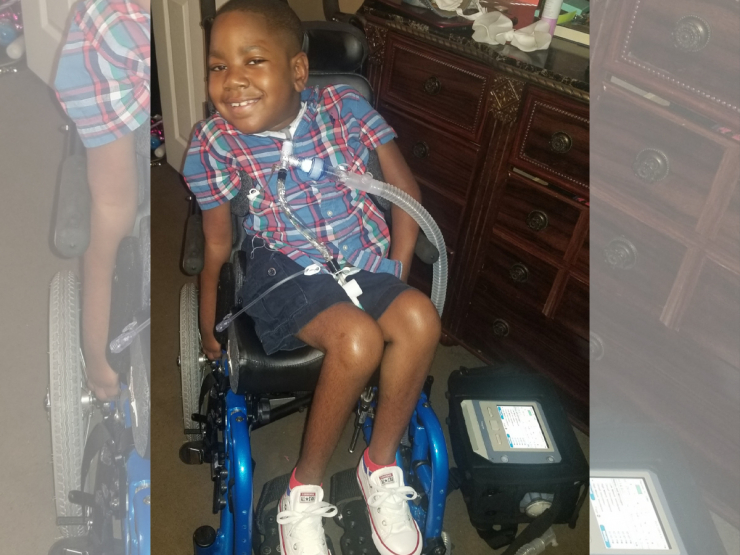 While there is no cure for Mitochondrial conditions, Macyn is fighting hard every day to manage his symptoms as best as he can. He’s a powerhouse, that’s for sure, but he is so thankful to know that our Chivers have his back and have provided a little much-needed horsepower to his life. 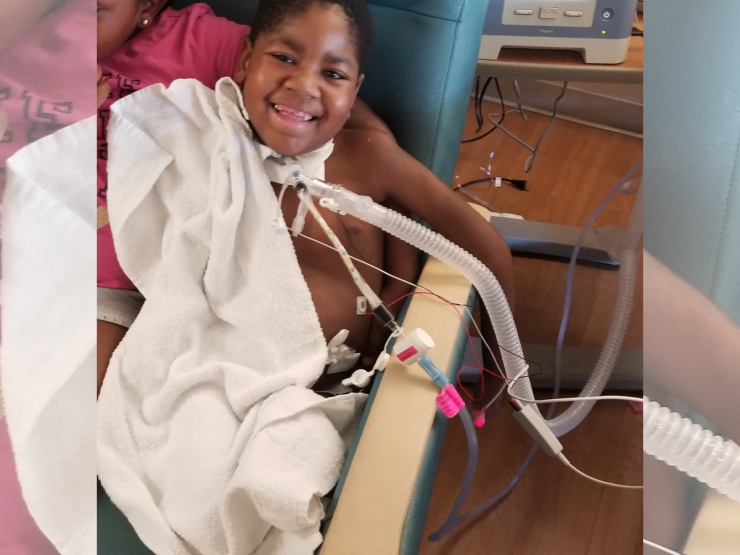 Smiles like these really speak for themselves. Our recipients are the hardest workers we know, and so often have an attitude of absolute strength and gratitude in spite of their circumstances. We could all learn a lesson from Macyn, and one a little more relevant to real life than THE MITOCHONDRIA IS THE POWERHOUSE OF THE CELL! 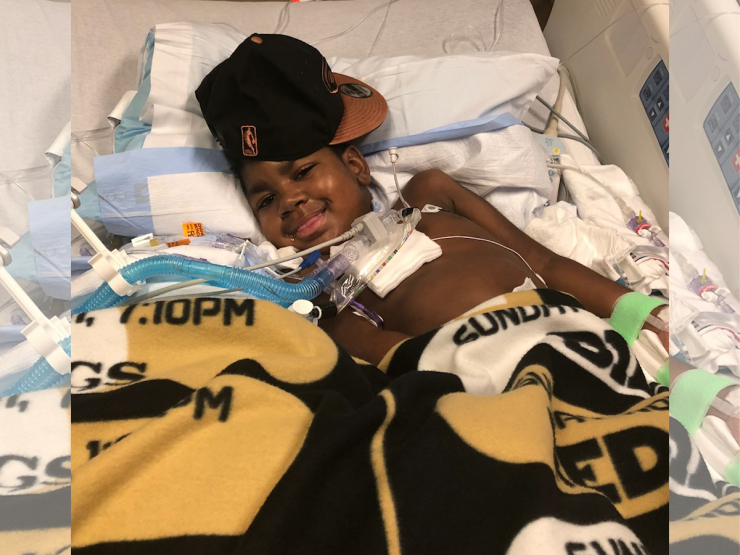 Macyn’s safety and continued fight against an elusive enemy rely on the generosity of kind strangers. You are truly changing the lives of people who fly under the radar of bigger charities and organizations. Just $10 a month contributes to the smiles of so many people who need smiles the most. To start impacting lives in a meaningful way today, become a Chive Charities donor HERE!