What do you remember about your freshman year of high school?

I had a feeling most people would rate 9th grade somewhere around 2/10, and a sampling of Resignation Media employees confirmed my suspicions. 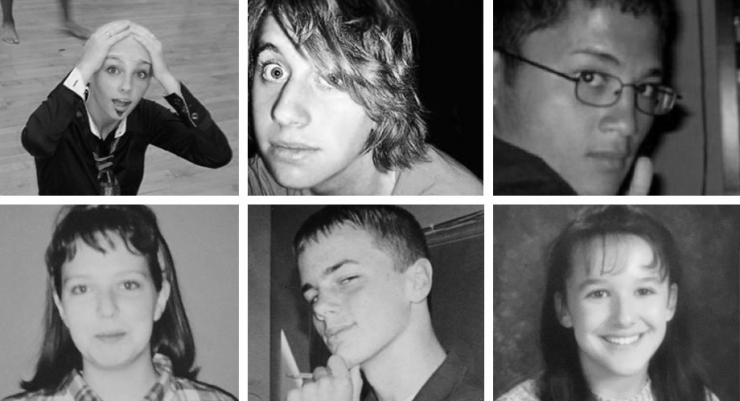 Leave it to Nikki to be the outlier. 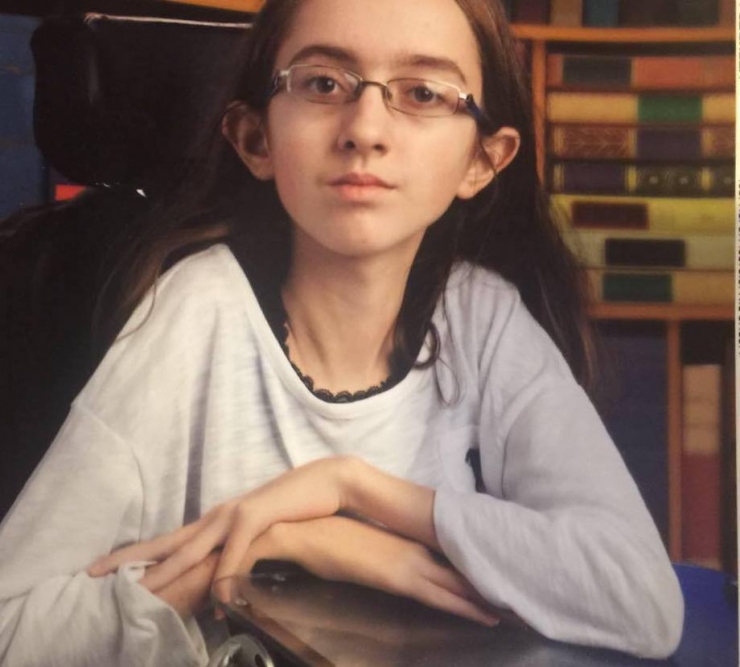 Sophie turns 15 tomorrow (HAPPY BIRTHDAY, SOPHIE!), and she’s every bit the typical teen. Her friends are everything, her mom is SO embarrassing, she loves music, going to the mall, and drawing. Especially drawing. Here, take a look:

I showed these to our creative team and they debated offering Sophie a job on the spot. I convinced them wait a bit, since Chive Charities is on a mission to make Sophie’s teenage years suck at least 10% less.

Click HERE if you’re already convinced to be a Green Ribbon hero for underdogs like Sophie. Or keep on reading...it’d be cooler if you did. 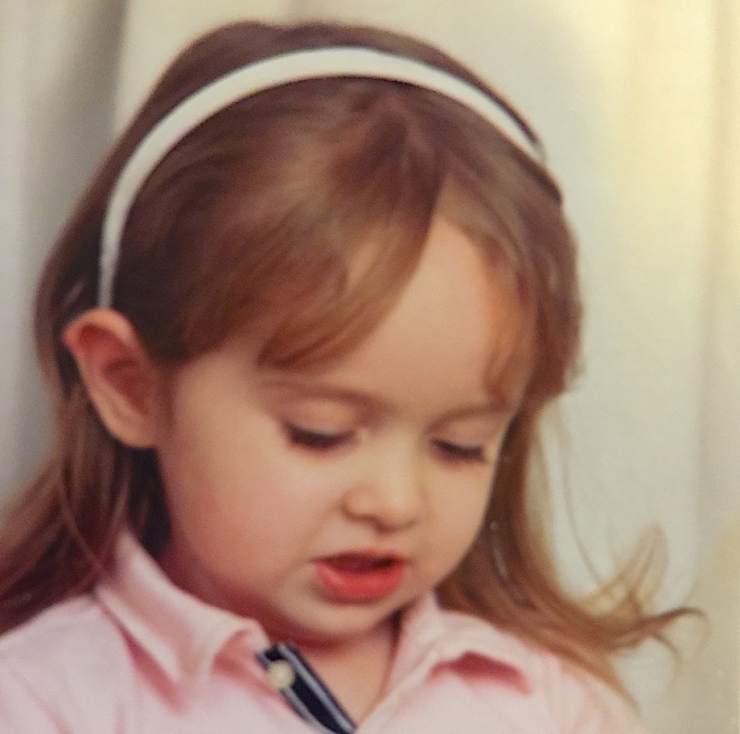 Life was typical for Sophie as a kid, maybe even a little above average. She walked early, was reading fluently by age three, and charmed everyone she met. The only red flag, her mom Dustylane recalled, was that Sophie couldn’t run or jump all that well. Doctors dismissed these minor agility flaws, joking she probably wouldn’t become a pro athlete, but was otherwise fine. 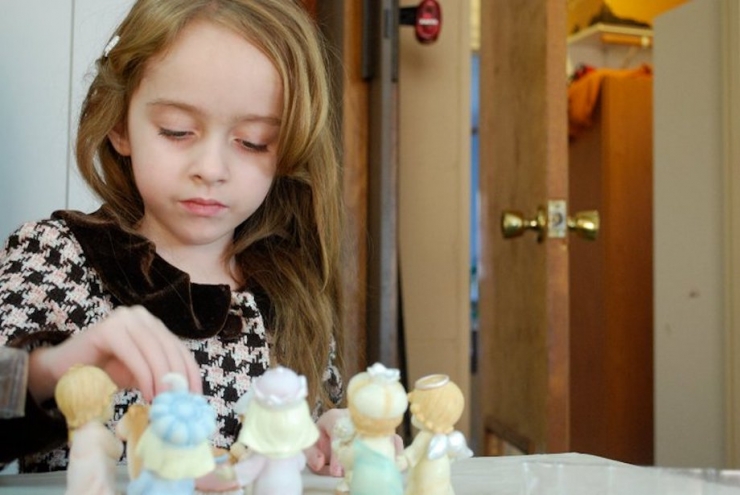 By the time Sophie was five, her feet had been gradually turning inward and her mobility wasn’t getting any better, so her mom decided it was time for a closer look. Docs at Cincinnati Children’s Hospital took a muscle biopsy, sent it for testing, and determined Sophie had some form of muscular dystrophy, which previous specialists had dismissed because it was a “boy disease” and girls didn’t usually have it.

Life went on for Sophie, but her body was breaking down; her muscles and lungs were getting weaker. 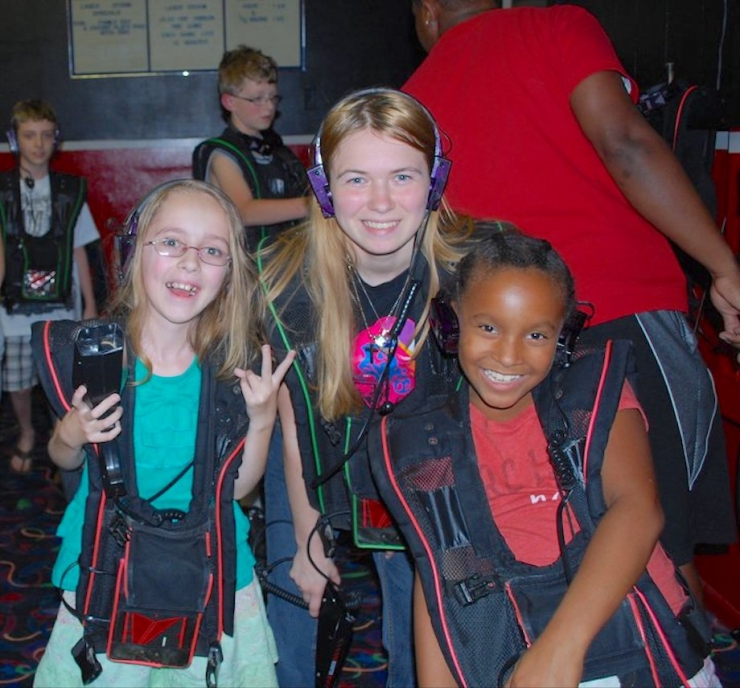 Still, she did all the fun kid stuff she could. 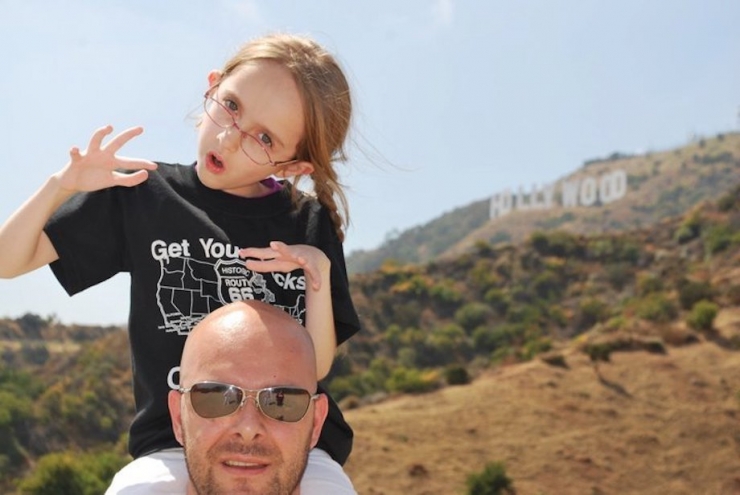 She went on vacay. 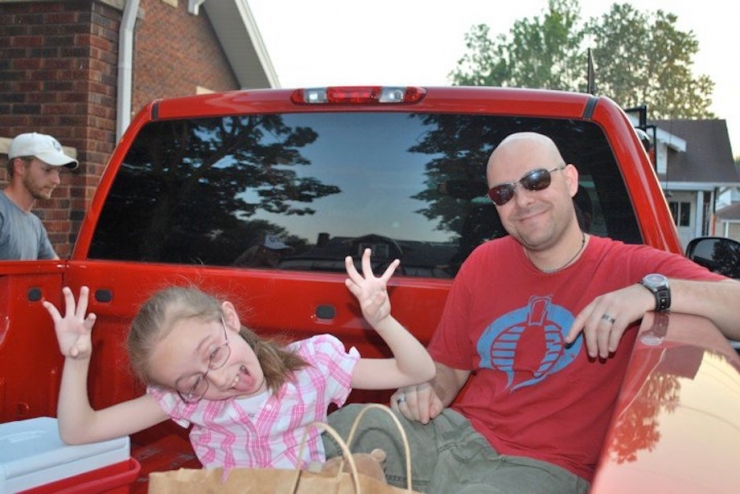 She cheesed out with the fam. 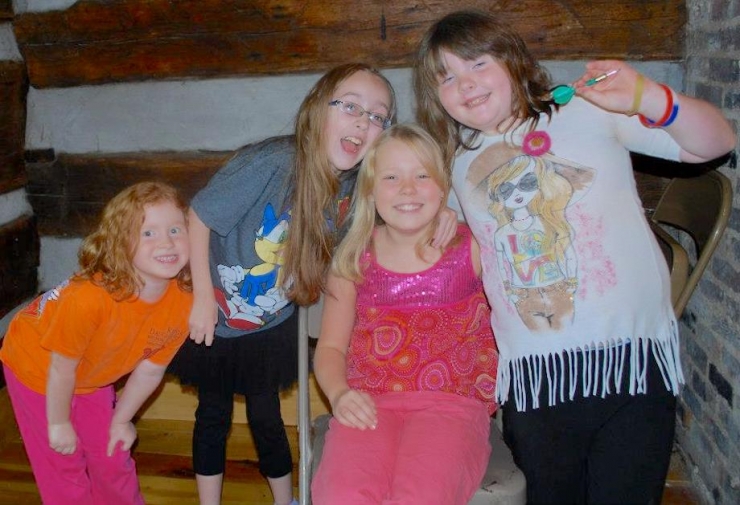 You get the gist.

Meanwhile, researchers were still studying the original muscle biopsy to learn more about Sophie’s condition. It took three years, but they finally came to a definitive diagnosis: Sophie suffers from Ullrich congenital muscular dystrophy, which is caused by a change in one of three collagen VI genes, and results in very little or no collagen being produced in her body. She was the youngest female in the United States to have this disease, and there’s no cure. 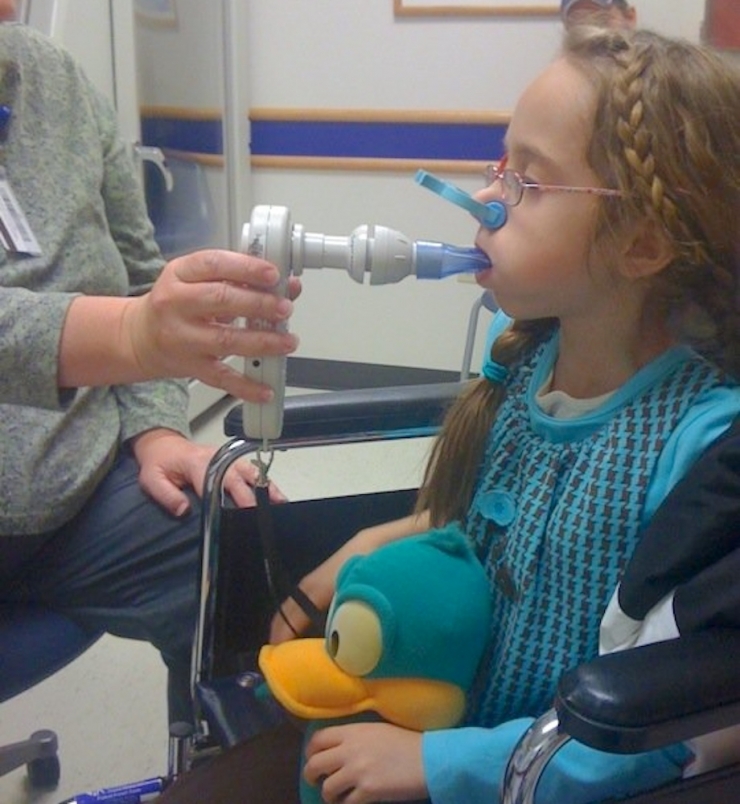 Sophie started losing the strength for even basic functions, including eating and self-care. It grew hard to breathe, hard to keep weight on. Without much collagen in her body, her nerves are practically exposed – everything hurts more than it normally would. 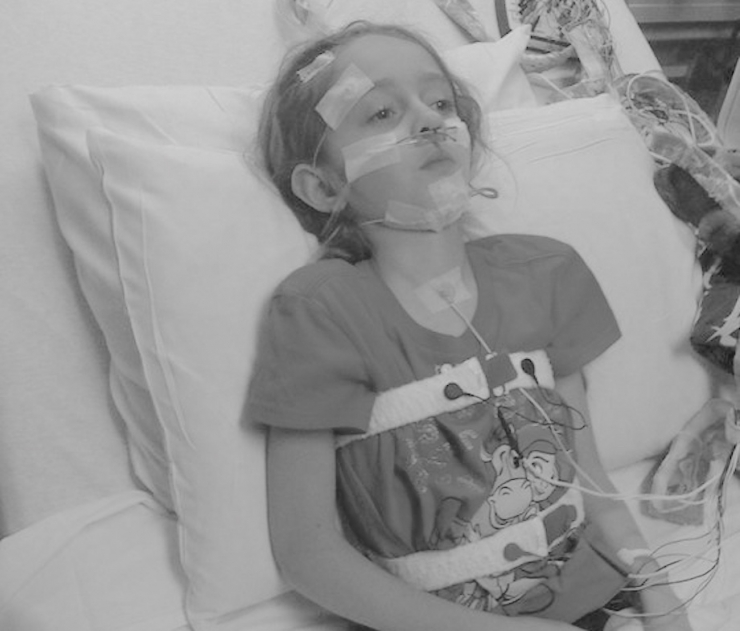 In an attempt to preserve her mobility, Sophie had a spinal fusion, but by 11, she couldn’t walk anymore. 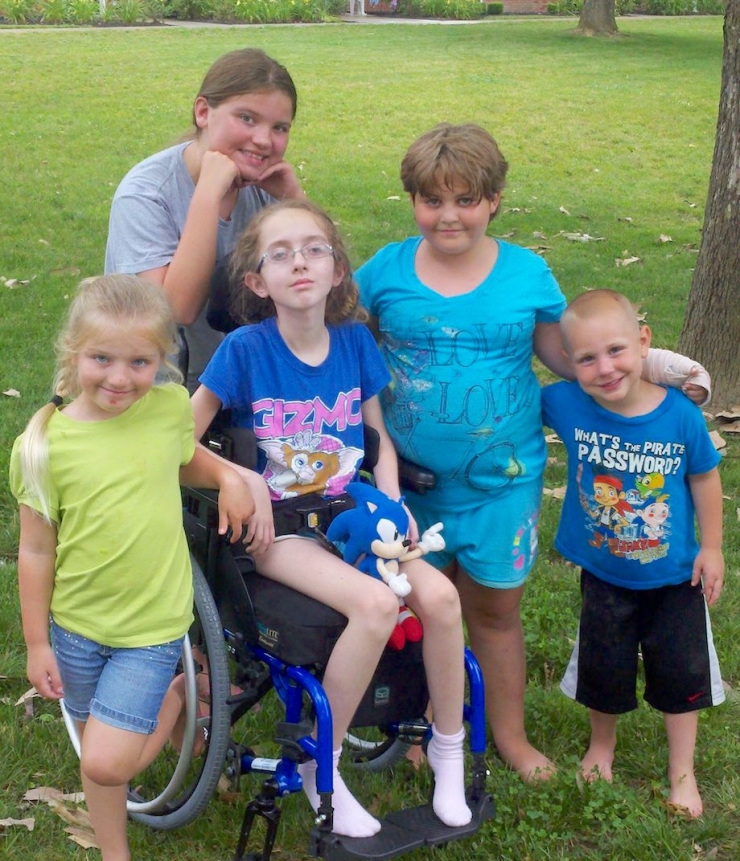 Can you imagine regressing like that when you hit middle school? I’m getting hives just thinking about it. 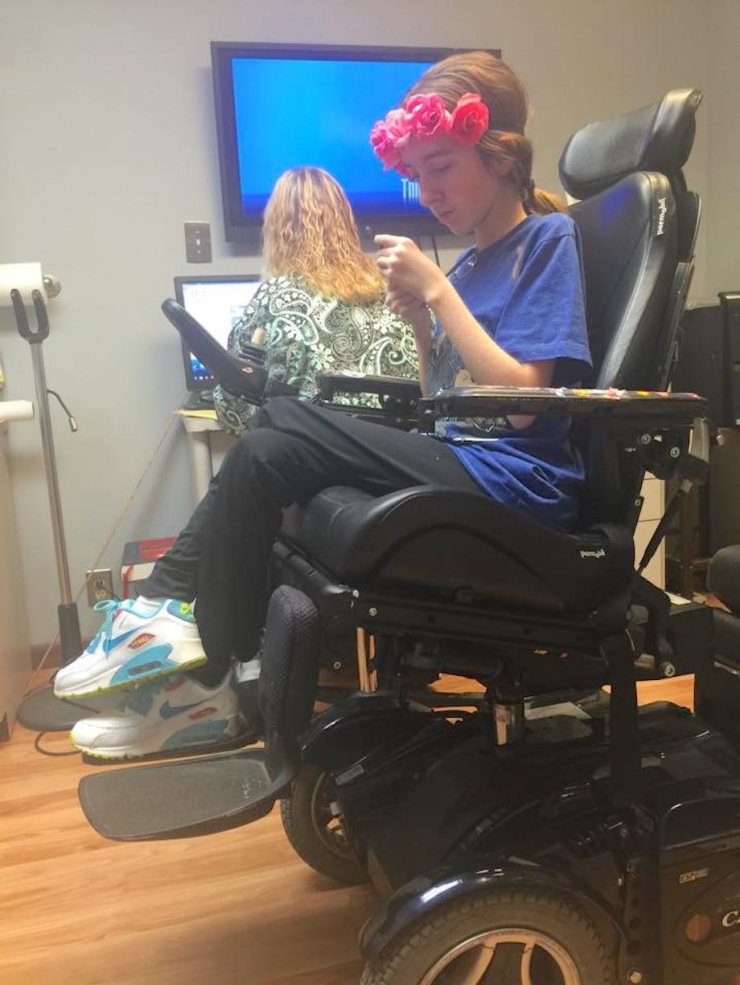 This 450lb beast of a wheelchair became her go-to whip, and Sophie cruised through junior high as best she could. Then the economy took a hit and her step-dad was laid off from his job. The family was forced to sell their SUV for a smaller vehicle, and had to sell the wheelchair lift along with it. The beast would have to stay home. They bought Sophie a manual, folding wheelchair that fit in the trunk, which may not seem like a big deal unless you’re a teenager and almost everything in the world elicits this response: 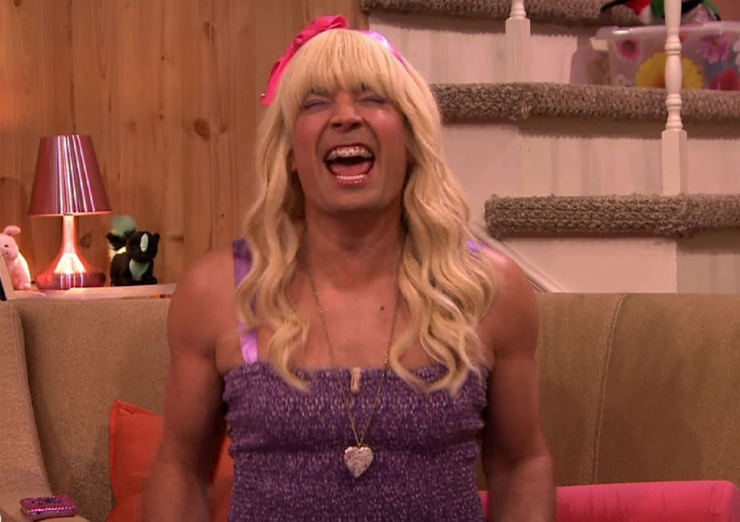 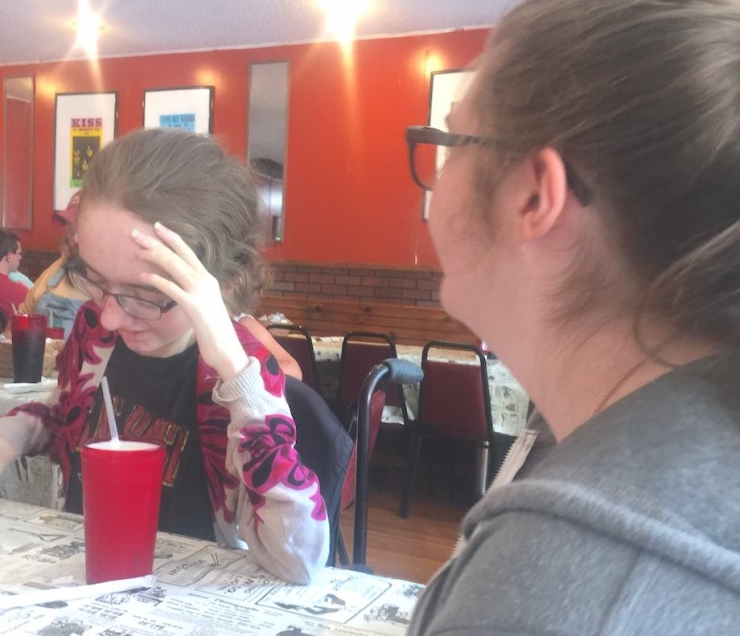 “She doesn’t like anyone to feel sorry for her, she wants to do everything herself,” Dustylane said. You could hear the mom-struggle in her voice – trying to simultaneously hold her baby close and give her wings at the same time.

Ullrich CMD makes Sophie’s muscles weak, and pushing a manual wheelchair herself is just too much. She would need one of her friends to push her at school, or the mall, or the movies, or wherever her squad was hanging out. Or her mom could do it, which is much, much worse. 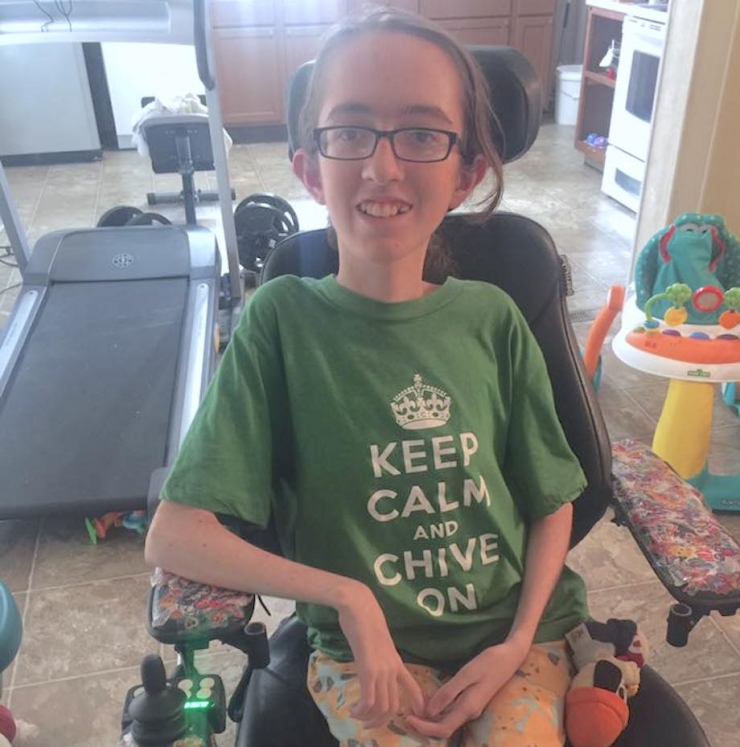 We asked Dustylane how Chive Charities could help. The thought of Sophie missing the school dance, or a Friday night football game, or a sleepover, or any moment of childhood that doesn’t completely suck was just too much for us to handle, so when she asked for a lightweight motorized wheelchair, we knew it was the right thing to do. It arrives next week.

Grants like this, life-changing gifts like this, don’t happen without the generous monthly donors of our Green Ribbon Fund. We’d love for you to become part of the mighty group making these inspirational stories come to life, whether your freshman year was a drag like many of ours, or a foodie paradise like it was for Nikki. Click HERE either way. 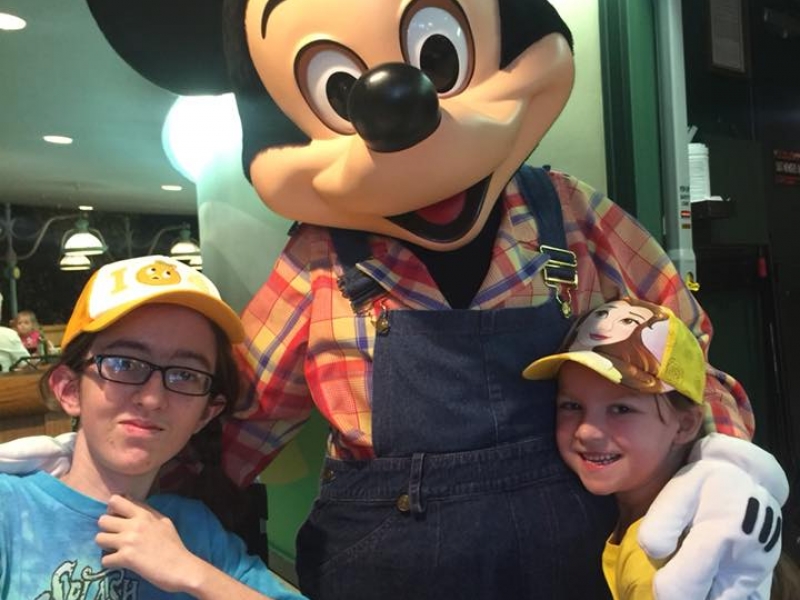