Going the distance for the good guys

Woke up this morning and started thinking about today’s story – about Chive Charities’ $25,000 grant to help three World War II veterans who lost their homes in Hurricane Harvey.

“More Hurricane Harvey?” I thought as I poured Lucky Charms into a bowl. “Didn’t we just do a story about hurricane relief? Didn’t we do several?” I doused my cereal with milk, sat down at the table, and scrolled through IG. So many dog videos...

As I strategically ate all the cereal and left the marshmallows for last, I remembered what our Programs Director Angie said about it: “Everyone else is moving on...forgetting what the people who lived through this are going through,” she had said. “There’s always a big rush for help in the aftermath, and then people tend to forget.” 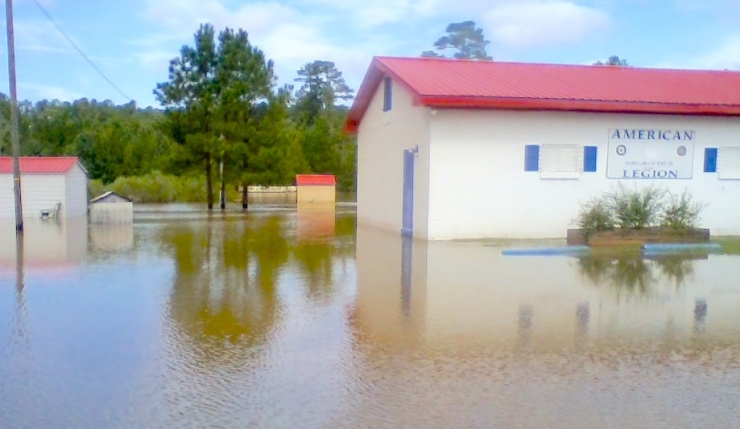 This is just another example of why Angie’s next in line for sainthood...she’s totally right. Last May, when we told you about American Legion Post 230 in North Carolina, it had been almost a year since Hurricane Matthew ripped through their little town, destroying most of the buildings that serve as a hub for veterans and civilians alike.

As Chivers do, you rallied to support them in their time of need, which was long after most relief organizations had packed up and gone home. “They still need us,” Angie reminded me, so when Team Never Quit enlisted our help for a group of Houston-area veterans, we signed right up. 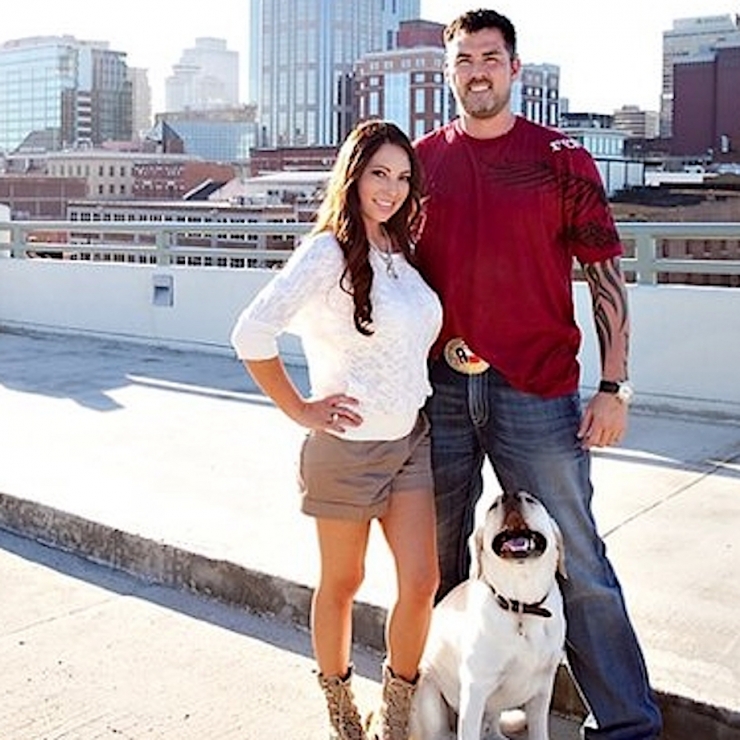 Team Never Quit (TNQ) was started by Marcus and Melanie Luttrell and supports veterans and military families in their time of need. After Hurricane Harvey ripped through their hometown of Houston, Texas, the Luttrells wanted to give back to World War II veterans affected by the storm. They activated their vast network of like-minded giving folks, including Chive Charities, and identified three members of the Greatest Generation in dire need of assistance. Allow me to introduce you. 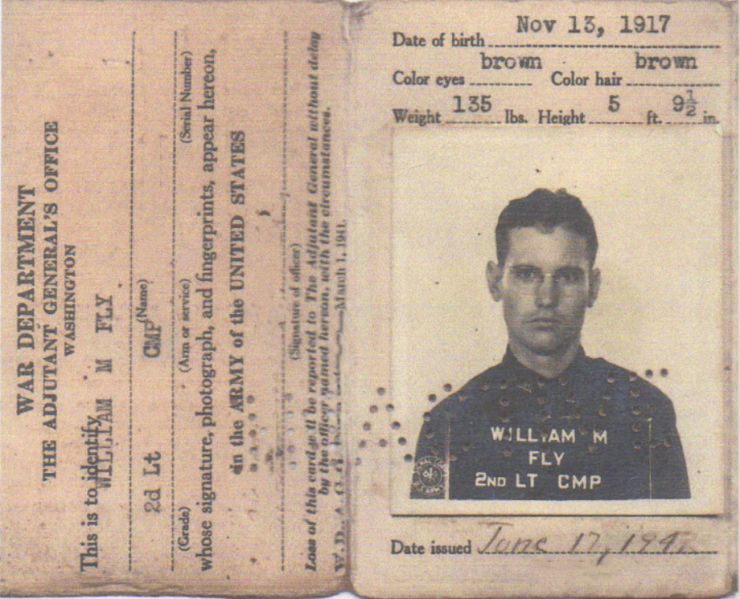 First, we have Billy Fly, a 99-year-old WWII veteran whose house was ravaged by Harvey floodwaters.

BTW, how awesome is that name??? 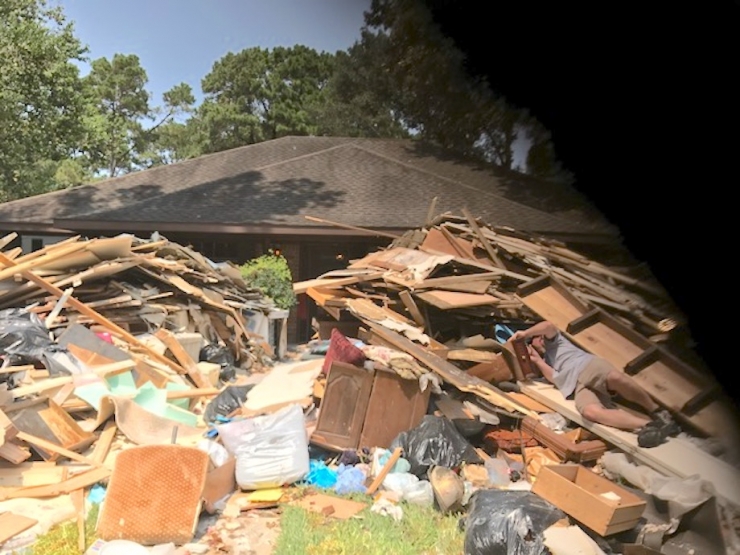 He needed...everything. Walls, floors, cabinetry, the works. The goal was to rebuild Mr. Fly’s home before his 100th birthday on November 13, 2017. 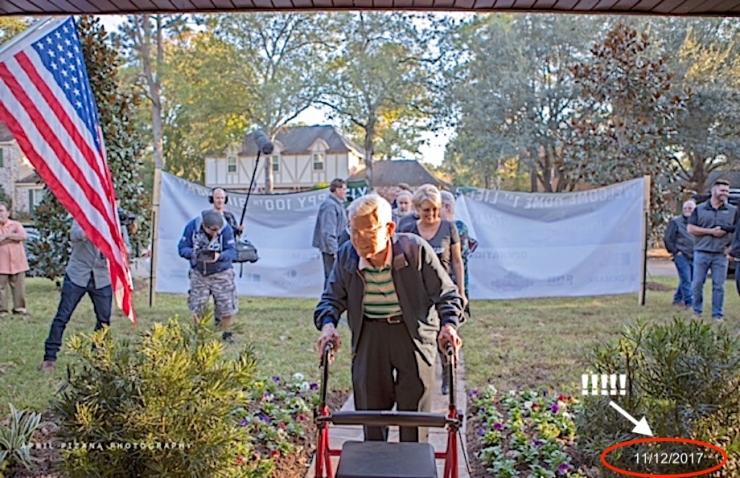 Phew, that was close. 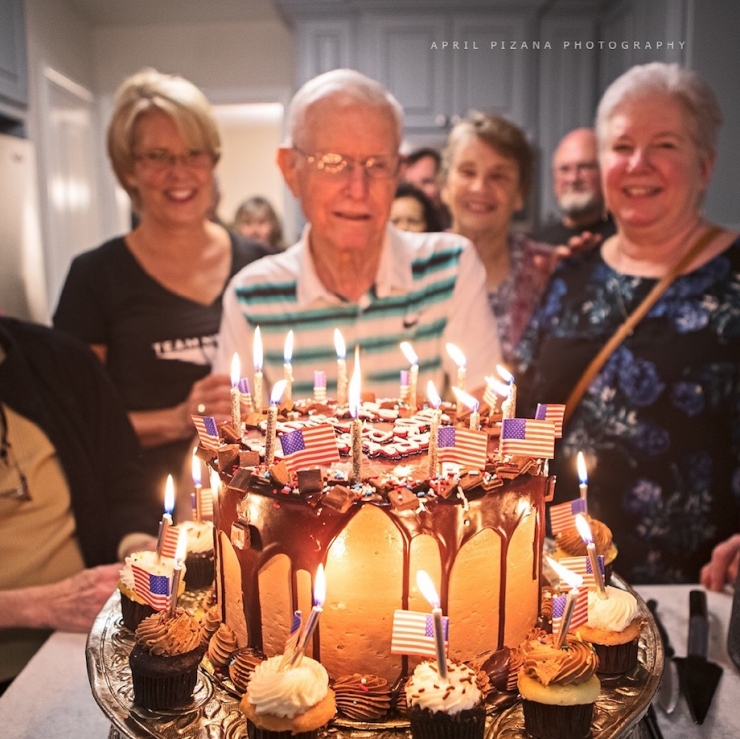 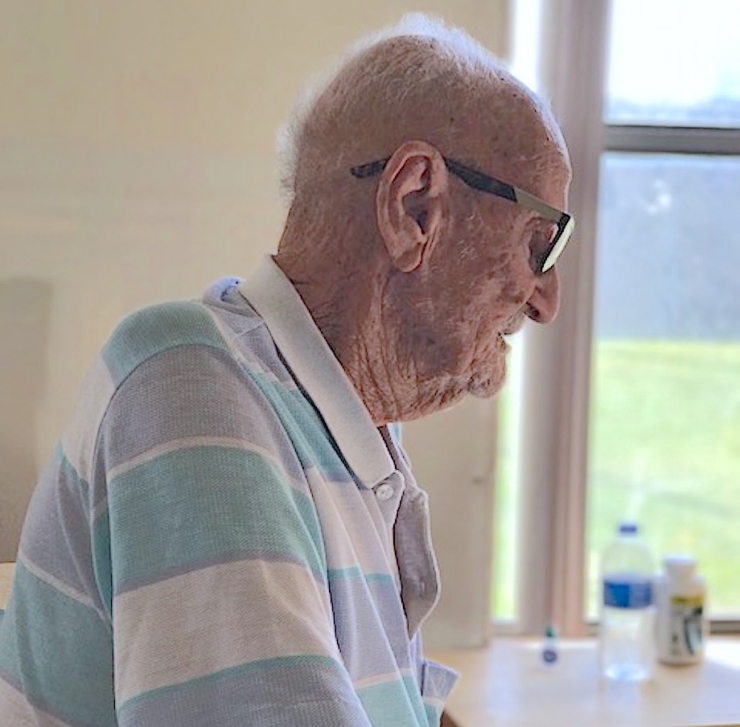 There’s also Robert Martin, the 93-year-old soldier rescued by a jon boat after floodwaters rose so high he and his wife couldn’t escape. 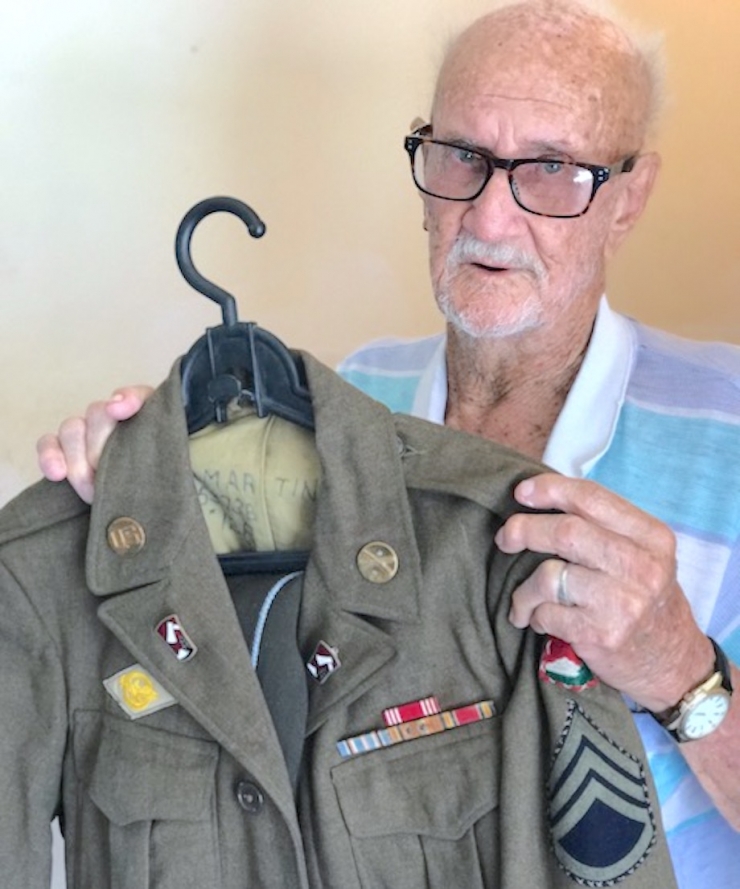 Nearly everything the Martins own was piled up outside their home during the clean-up process, but Mr. Martin dug through the debris with his bare hands to salvage his old uniform. After defeating the Nazis in WWII, there was no way a hurricane was getting that jacket. 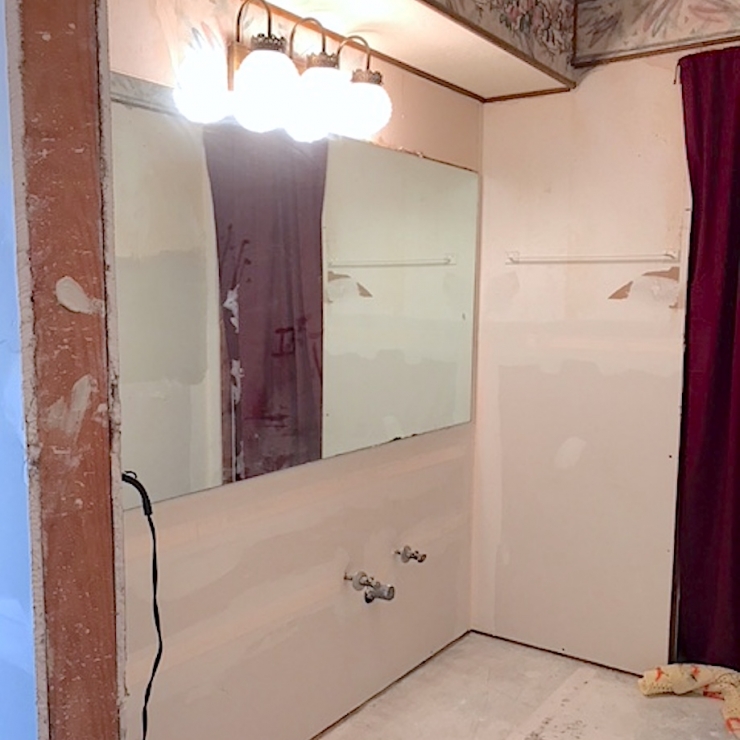 The Martins’ place needed everything, too – flooring, drywall, plumbing, you name it. 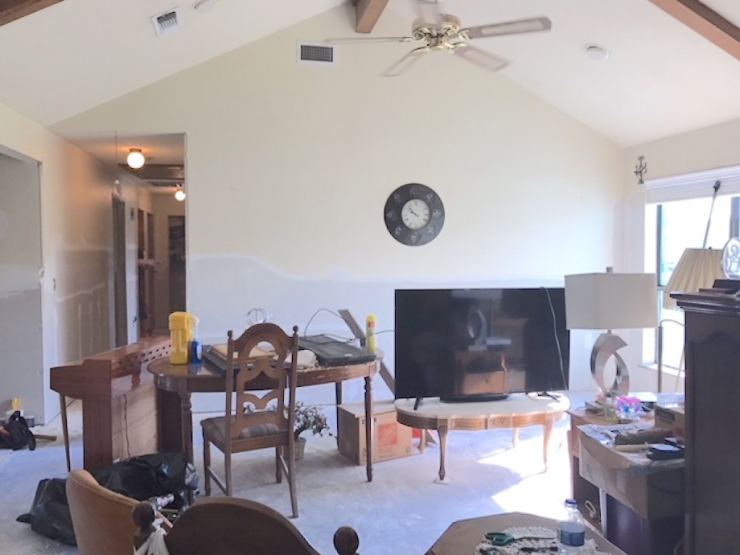 But it’s been tough getting contractors lined up for the job. Team Never Quit is on the case, hopeful construction will be done soon and the Martins will be settled in their practically-new house in just a few weeks. We’ll keep you posted! 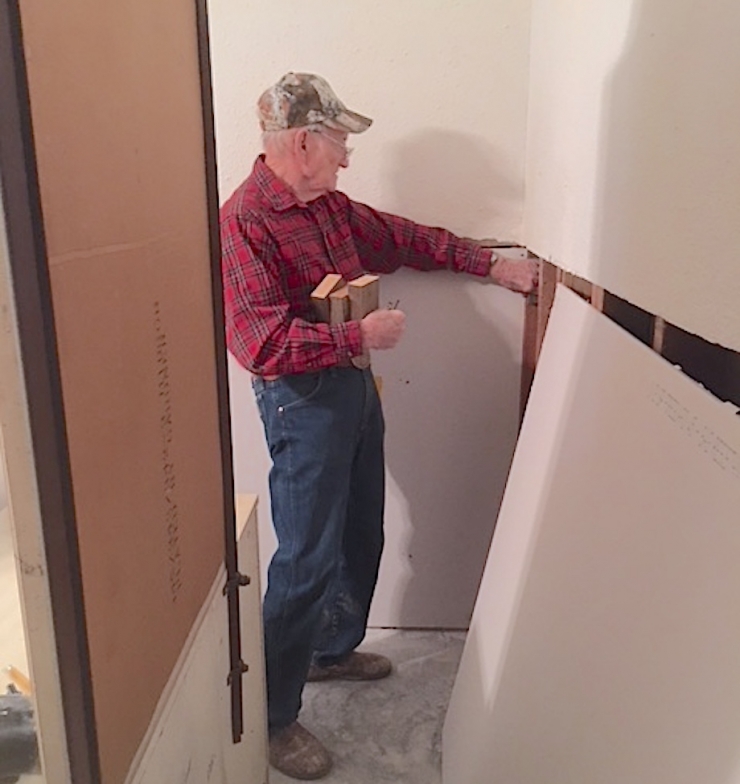 And lastly, meet Bill Ferrill, whose given name is actually James, but when he was born, his older brother wanted to name him Bill, and the nickname stuck. Bill is a 90-year-old Army veteran of both WWII and the Korean War, so he knows a thing or two about grit. He’s careful with his money, not cheap as much as resourceful, so he’s taken on as much of the rebuilding process as he could. 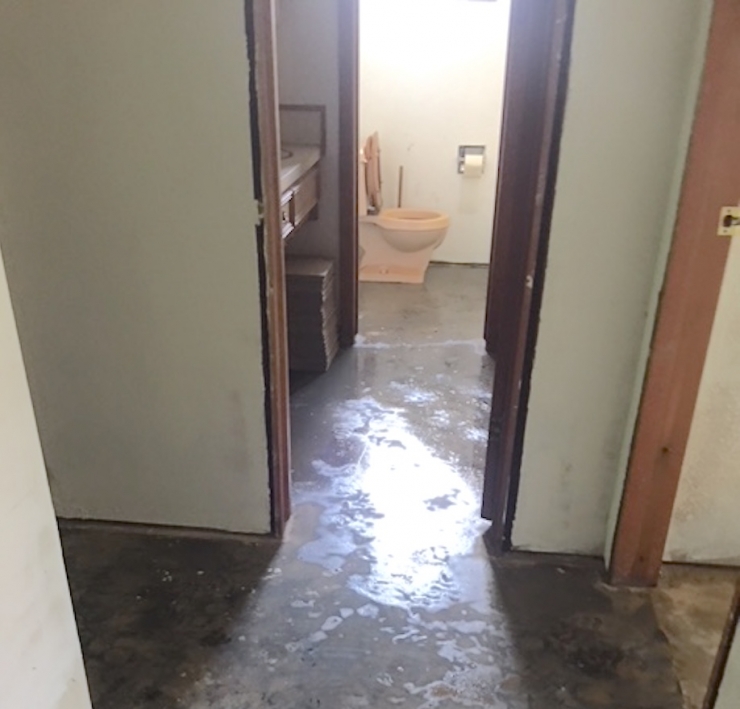 But there was so much more. 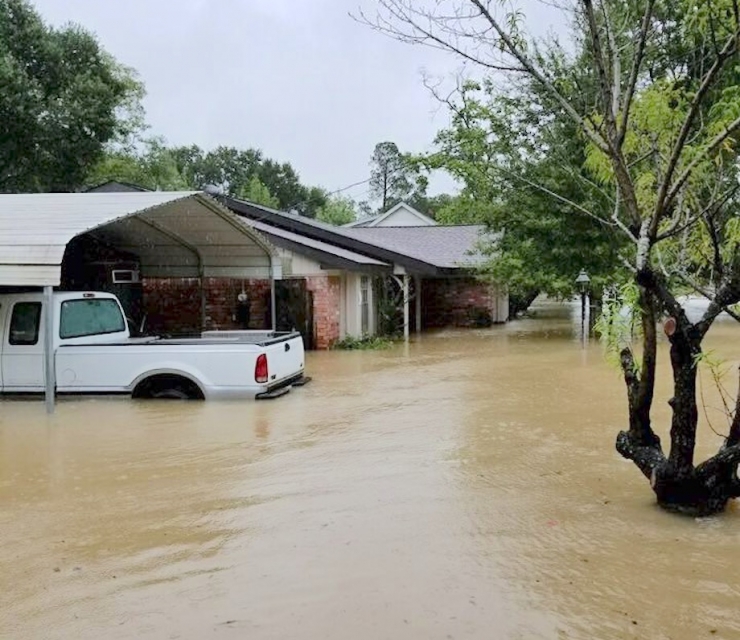 Here’s Bill’s house just after Harvey. The water inside reached three feet high before it receded, and his kitchen was completely destroyed. 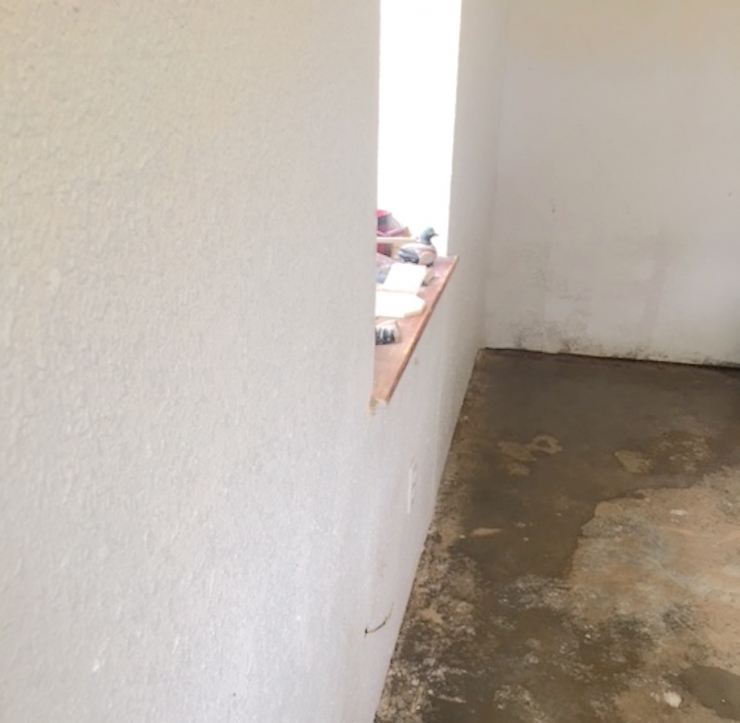 He needs new cabinets, counters, appliances, and plumbing fixtures, which should be installed in the next week or so. We’ll have updated pics of Bill’s new kitchen for you, too. We’re not moving on until it’s all done. That’s how it should be. 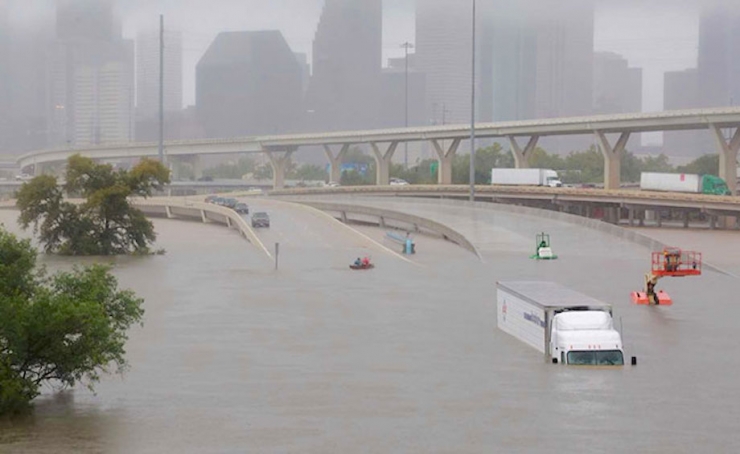 Last year was rough in the natural disaster department. In the blink of an eye, Hurricane Harvey levied $180 billion in damage, affected more than 200,000 homes, and took more than 80 lives. But, as Angie pointed out, recovering from a blow like that takes much, much longer. Labor and material shortages, bureaucratic roadblocks, and the massive financial burden of rebuilding and replacing all that was lost is enough to rattle anyone, even our country’s greatest defenders. It’s up to us to go the distance, to support them the whole way through, and, obviously, to never quit.

Chive Charities is eternally grateful to our monthly donors who made this, and every grant, a reality. Stepping up each month means we can step up for patriots like Billy Fly, Robert Martin, and Bill Ferrill when the rest of the world has long forgotten them. We’re committed to going the distance for the underdogs who need our help, are you? Become a monthly Chive Charities donor right HERE and join the fight.