When a moment changes everything

We’re all on this website right now for a reason. For each one of you, there was a moment – a friend sent you a tear-jerking story, you came across a funny meme on social media, someone wearing a Bill Murray shirt gifted you a beer and you were curious enough to stumble across this website – whatever it was, you’re here now. Some of you had your first experience here 1, 5, 10, or even 14 years ago. Some among you may be visiting for the very first time to read this post. But the cool thing is we’re all sharing in this moment together. Now what do we do with it? 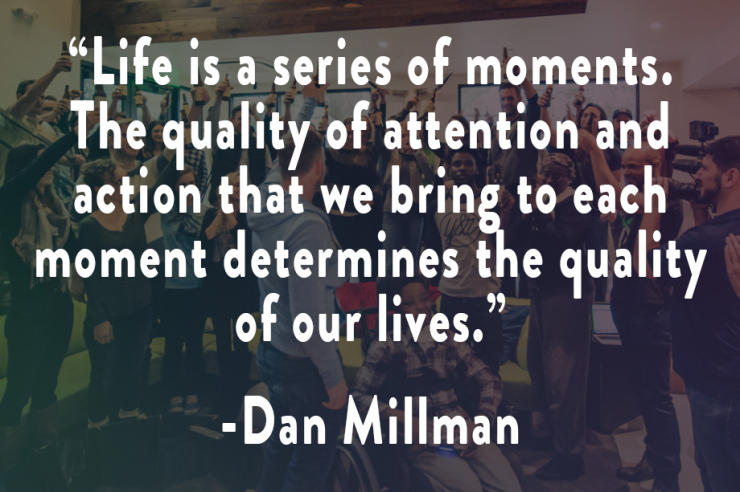 I’d like to reminisce about the past decade, starting with the time John and Leo sat me down at Fado’s Irish Pub in Atlanta, Georgia to offer me an opportunity to harness the power of a crazy community for the good. That community, I learned, was calling themselves “Chivers” and in a matter of moments, they were about to change the world. 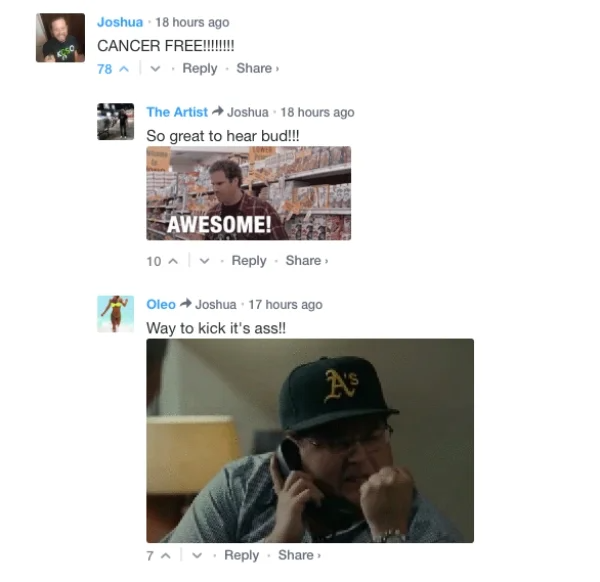 It all started with a comment section that became central to the community. Prior to the proliferation of social media apps, this community was spending time together communicating below their favorite photo galleries. Virtual hugs and high fives were a common occurrence and “FIRST” to comment was a right of passage.

While other online communities have inevitably turned into places of vitriol and negativity, theCHIVE’s comment section has always been one of the most positive and supportive places you can find online. 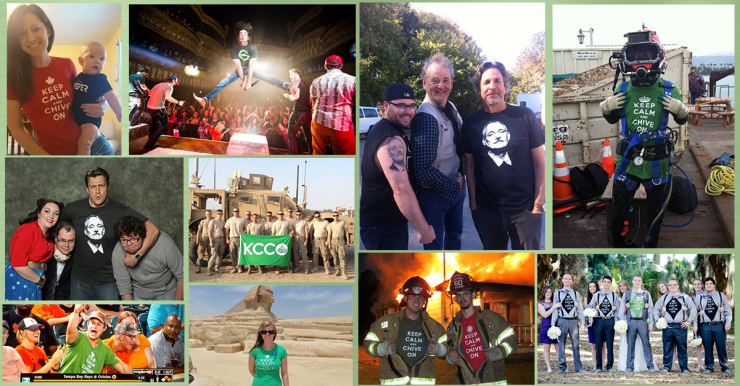 People started wearing Chive shirts in public. Spotting someone wearing a Keep Calm And Chive On Tee in the wild was like a wink and a nod that you had something special in common. The online positivity started to work its way offline. Chivers started performing random acts of kindness (RAK’s) toward eachother in the form of beers, large tips, and generally bringing more joy into the world. 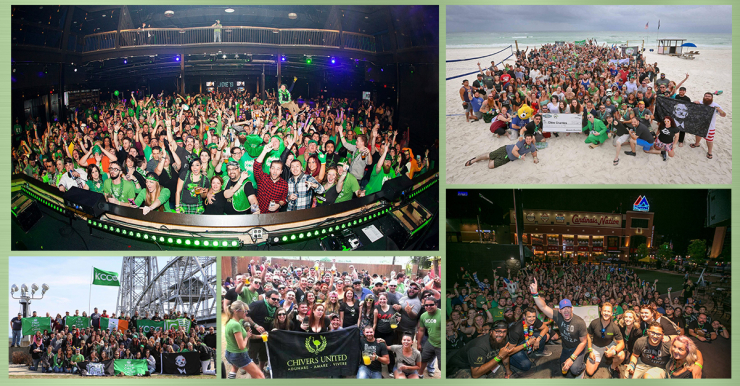 Seemingly out of nowhere, hundreds of self-forming Chive chapters started popping up in more than 200 cities around the globe. Groups in the hundreds were meeting up to raise a glass and party with a purpose. 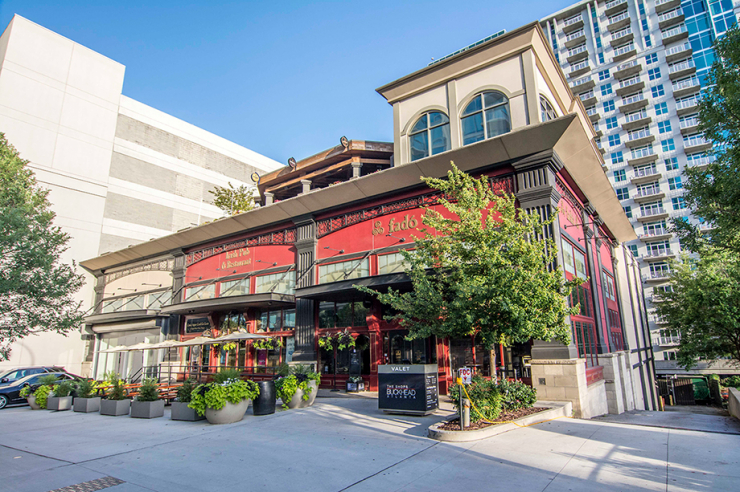 Which leads me back to that meeting with John and Leo Resig in April of 2012. The Chivers, as John explained, had taken an affinity to changing lives, having recently saved the Fluvana County Rescue Squad by raising over $30,000 in mere hours. Over a pint (or five) of Guinness, we hashed out the beginnings of a plan to harness the power of theCHIVE community to aid underserved causes in need of a megaphone. We took stock of the causes where we saw gaps and identified individuals that could use just a little helping hand - Veterans, military families, first responders, and individuals with rare medical conditions. Not only did we have a dedicated community, but we had a global platform where we could use the individual to raise awareness for these overlooked causes. In that moment, the idea of Chive Charities was born.

But we needed a catalyst. A recipient who would steal the hearts of Chive Nation and reinforce humanity as the lifeblood of theCHIVE. 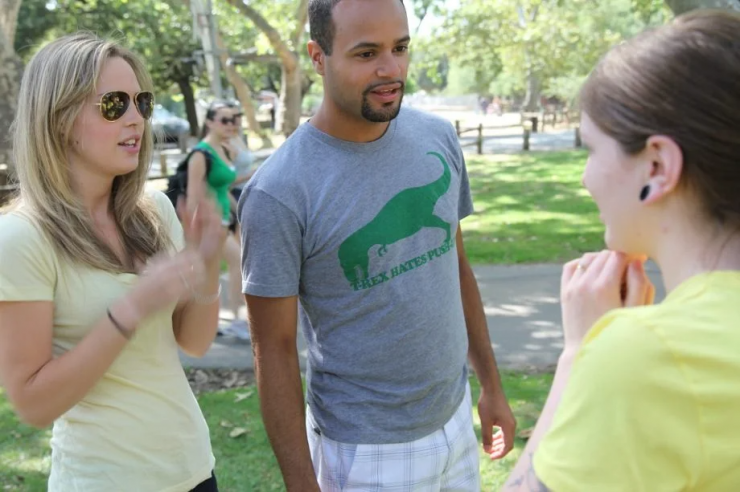 Fast forward a couple months to OG favorite Chivette and vascular tech, Erin Willett, introducing us to a little girl who would become our very first official Chive Charities recipient. That little girl’s name is Zoe Lush and she has Brittle Bones disease (Osteogenesis Imperfecta). 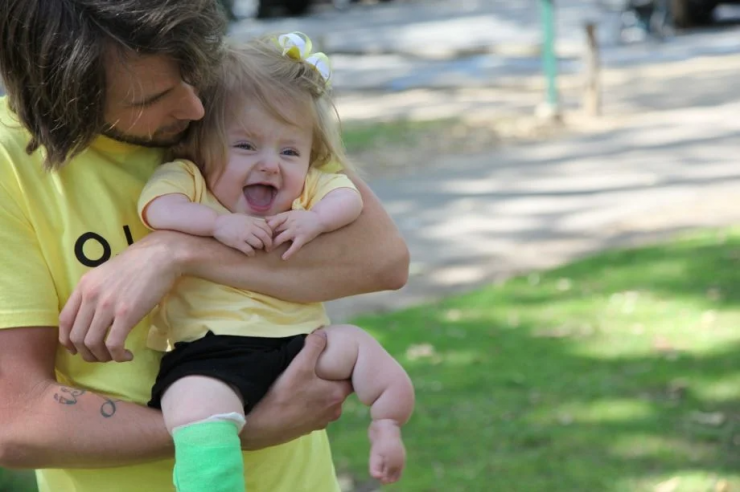 Zoe had broken hundreds of bones in her few short years of life. She needed multiple rodding surgeries, teeth capping procedures, physical therapy equipment, and reliable transportation. Zoe clicked the publish button on her own story, bringing chivecharities.org online for the first time, and launching a campaign that would bring in $100,000 in aid in under 4 hours. 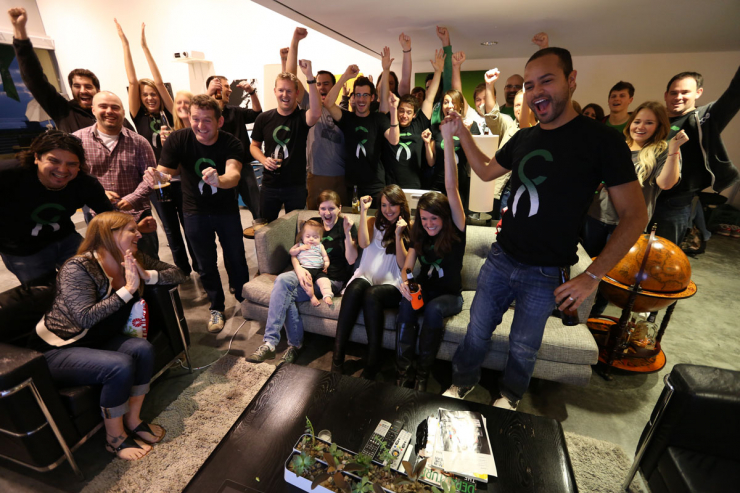 In the years that followed, there were so many moments of celebration. And while the faces we’ve supported may have changed, one thing has always remained the same - YOU. 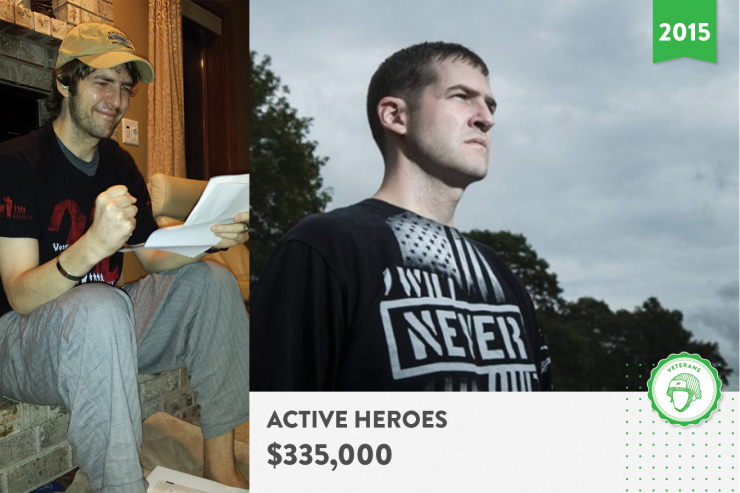 YOU helped grant a final wish to a dying Veteran named Justin Fitch, building a retreat for Veterans to reconnect with their families after their time of service.

YOU surprised a special girl named Rozlyn, who had half her brain removed, with her dream van and renovated her home to make it safer to navigate. 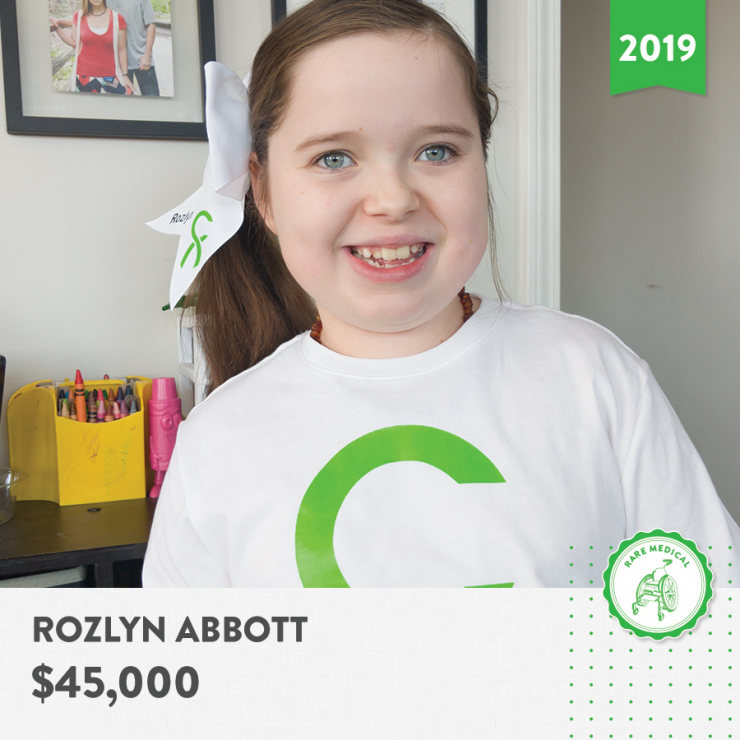 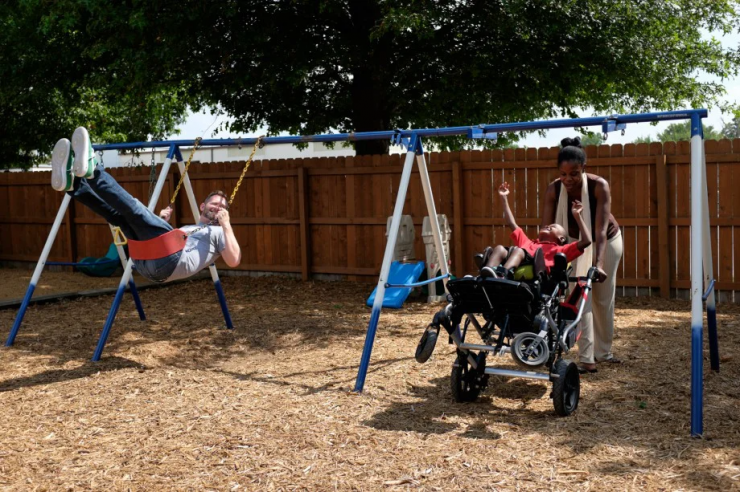 YOU turned the loneliest swingset in America into an entire adaptive playground for special needs children in Tulsa who had nowhere else to play. 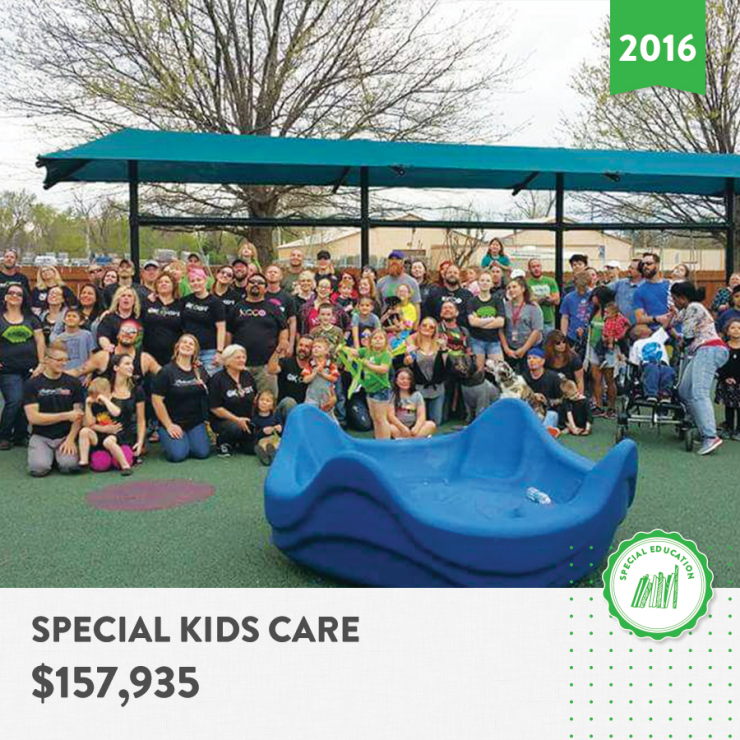 YOU made Henry’s bathroom accessible and retrofitted his home to make his life without arms and legs just a little easier. 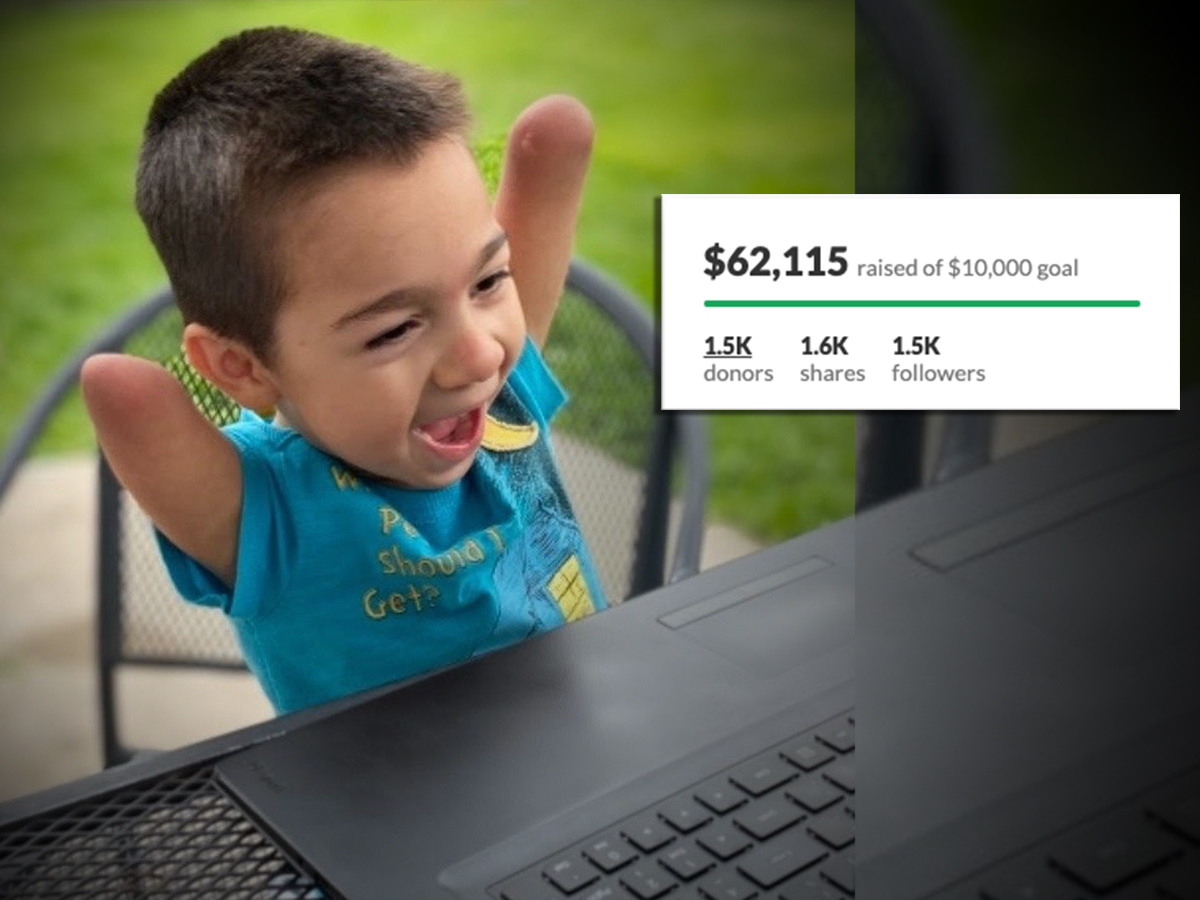 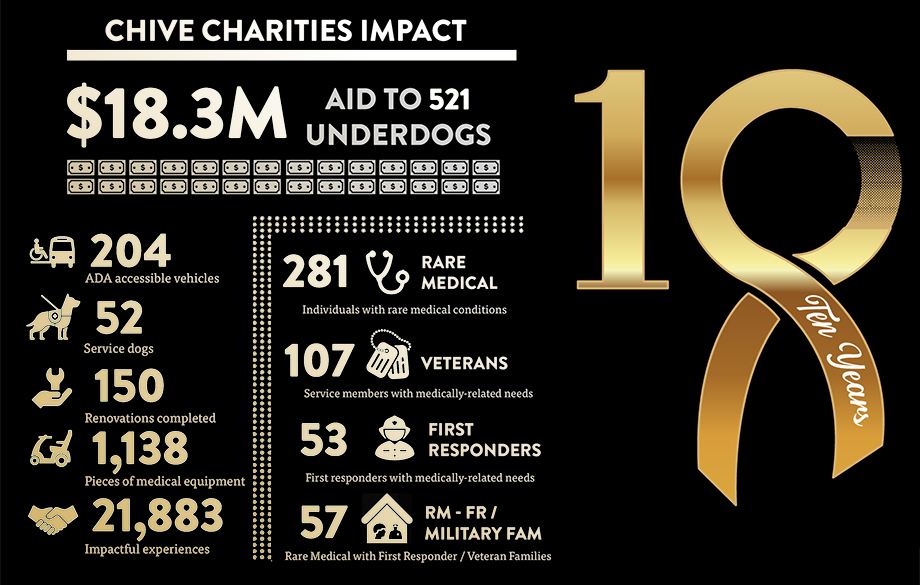 I could go on. Over the past decade, there have been over 500 causes. But the actual number of lives impacted is in the thousands. And each one of those incredible moments was made possible entirely because of you. 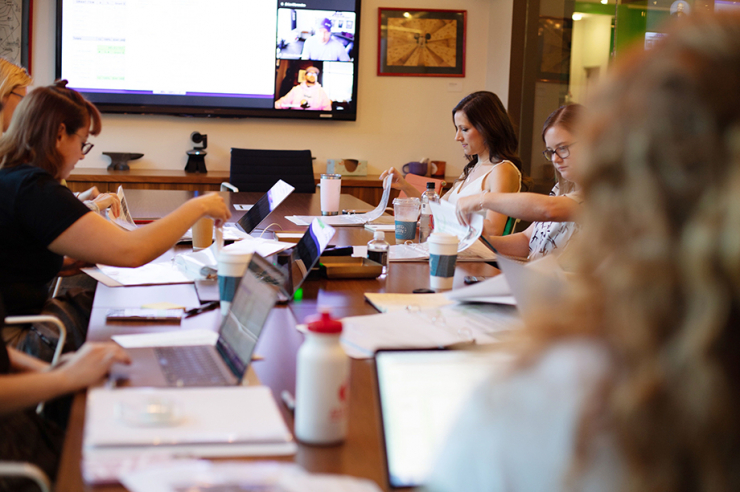 And while we should celebrate all the incredible things you’ve made possible, there’s also the other side of Chive Charities that don’t get to see.

Every few months we have to decide who is the next Zoe Lush, Henry Flores, or Justin Fitch. We lock ourselves in a room and deliberate over 35 potential recipients, knowing that we can only say “yes” to about 20 of them. By the time these applicants get to this stage, every single one of them is deserving. For each of them, Chive Charities is their last hope. But decisions must be made.

Two weeks ago, we were faced with a tougher task than we’ve ever faced. Inflation, economic uncertainty, and skyrocketing prices on everything we purchase for our recipients forced our hands. Even by overextending ourselves to approve more than our budget allowed, we could only approve 16 recipients. And for the first time ever, we were forced to say no to more recipients than we could say yes to. How do you sleep at night knowing that this is the most deserving batch of “maybe” recipients you’ve ever had to say no to? 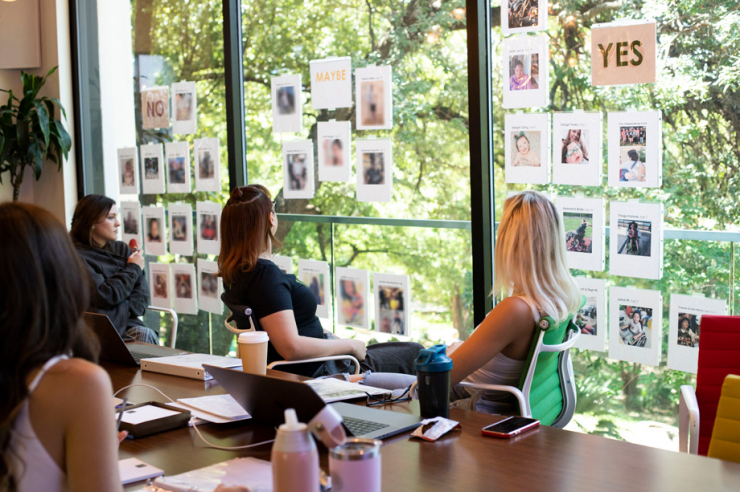 Among them is a Navy Veteran with deterioration of the spine in need of home remodels and repairs. A three-year-old, the only recorded case in the world of a particular rare medical condition, in need of therapy sessions. A father of seven and farmer from California with debilitating CRPS seeking critical therapy to promote complete healing. A sister and daughter who lost all her senses at once on a trip home from college - who hasn’t been out of the house in 9 years due to a lack of ADA transportation.

How do you say NO to any of these families when they’ve come to us as their last hope?

Well, you buckle down and do everything in your power to turn as many of those no’s into future yes’. 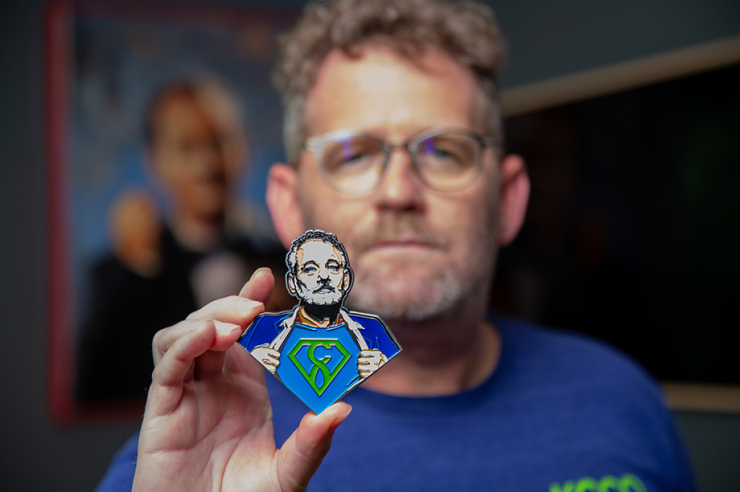 ​​Those 500+ recipients wouldn't be possible without moments like this – when casual readers of theCHIVE, regular commenters, and wearers of the KCCO t-shirts decided to seize the moment and actively make a difference by becoming monthly donors.

Every time things get a little tight, you pull through for us and we're hoping this time is no different. We know times are rough for everyone. But we also know that times are especially tough for the underserved Veterans, military families, first responders, and rare medical diagnosees we serve. We're hoping BOY22 will bring in 50 new donors, whether you're a past donor that wants to reconnect or a new donor looking to make the world 10% happier. 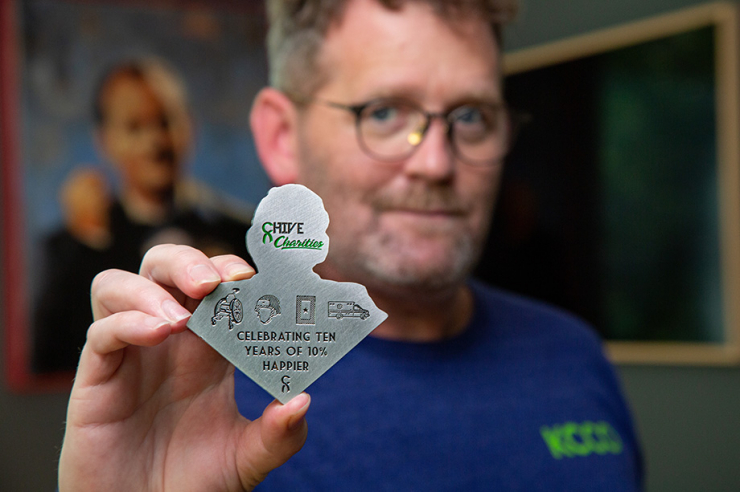 How do I get involved?

It’s simple. Just become a monthly donor at any level. For past donors, you can renew your subscription. And for current donors, we didn’t forget about you - either upgrade your monthly donation or make a one-time donation of $100+.

Everyone who participates will receive the exclusive 10-year Super Chiver Murray Coin. This will be the first and last time you’ll see this design or any like it. To sweeten the deal, all participants will be entered into two raffles - 2 tickets to the Green Gala and a rare coin from The Chivery. 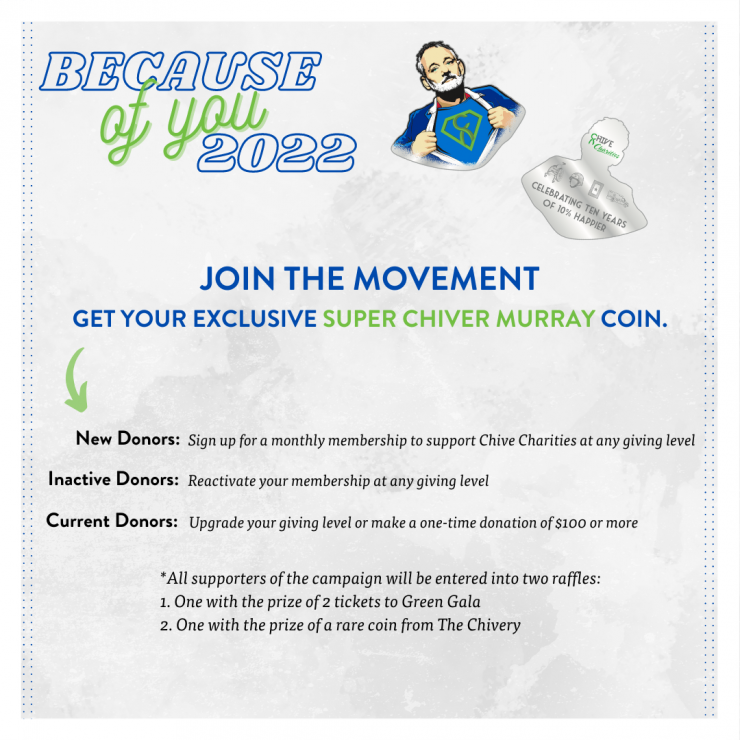 We’ll be keeping track of the real-time impact you’ve helped us raise here. With any luck, you’ll be able to see those maybe’s turn into yes’ before your eyes. 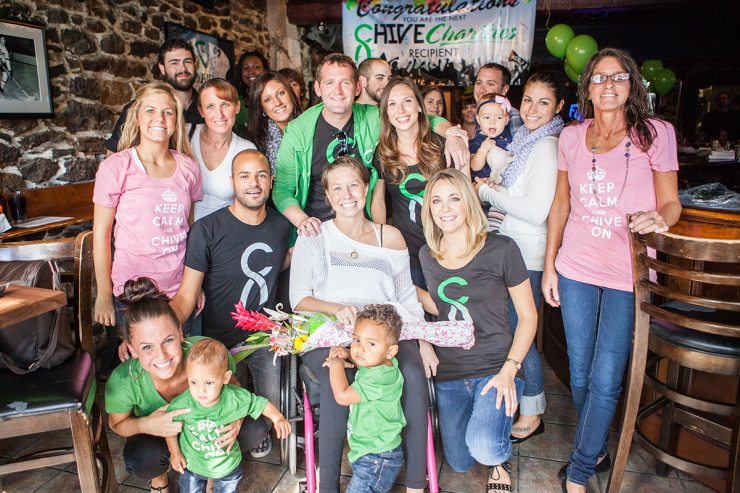 When I look back at the past decade, it's really the moments that stick out - the tears of joy and gratitude when recipients realize our life-changing impact is real, the dedicated teamwork from Chive Nation and the Chive Charities staff, the agony felt for the ones we've lost too early, and our community's relentless pursuit to make the world at least 10% happier despite the odds stacked against us. It's moments like this. Help us seize the moment, Chivers, and join our movement HERE.