It was a beautiful, sunny day on June 17, 2006. Jean Paul was riding in a small plane to altitude with a group of guys, preparing to complete a training jump that would allow him to stay current on his parachute rating. This was his first jump of the year, but one of hundreds he had completed up to that point in his life. 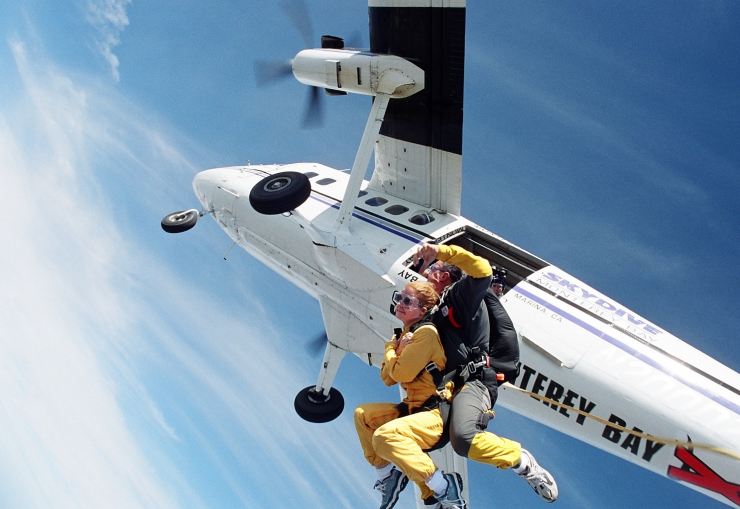 As he stood in the open doorway, the 12,000 feet of open sky below him was a lot like a metaphor for life. We all jump feet first, completely unaware of what might happen along the way. If we knew what was coming, would we still do it? On this day, Jean Paul looked out from the plane, took a deep breath, and jumped.

It started with the Air Force Academy in 1975, right after the Vietnam War ended, and America was left grappling with the cost of it all. Jean Paul began working in intelligence, and with the exception of South America, he’s been all over the world. (He even played on the U.S. Embassy softball team in Tel Aviv). While he originally dreamt of becoming a pilot, he didn’t meet the vision requirements and found his niche in signal intelligence instead.

In this field, he would witness a lot of unusual scenarios, like the time when he was working in Russia and the U.S. realized local contractors built microphones into the structure of the embassy and were listening to nearly all conversations happening inside. They ended up having to build a new embassy - using U.S. contractors this time. 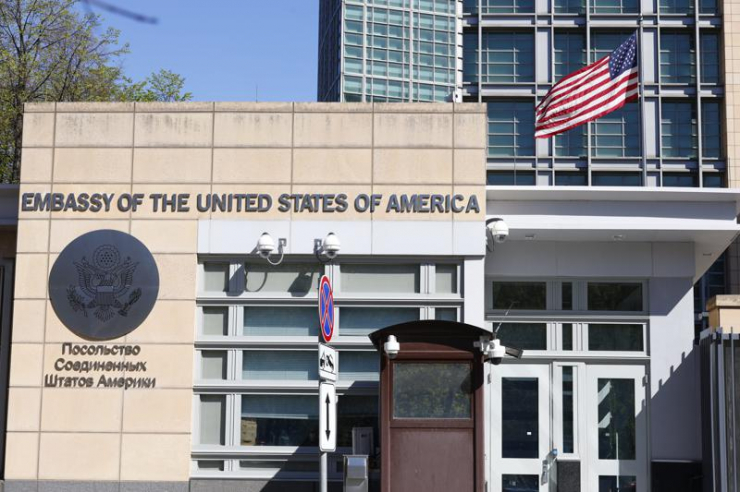 Later, when Jean Paul was working in artificial intelligence, he helped track submarines that had been sneaking into the San Francisco harbor. Using sonar buoys, they tied different systems together to get a top view of the situation and realized the subs were sneaking in under freight ships.

If it sounds like James Bond-style work to you, we had the same feeling. Jean Paul couldn’t tell us everything he worked on or had experience with - but what he could share sounded like a script for the next episode of “Spycraft.” 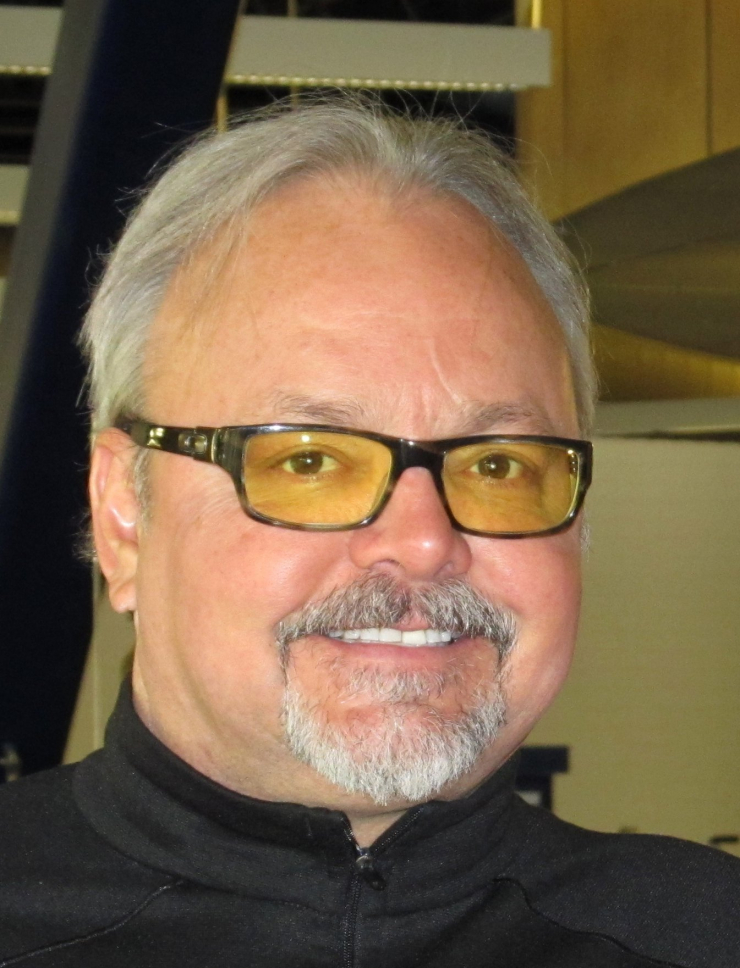 Jean Paul’s resume is impressive, to say the least, and his qualifications are numerous. After graduating from Texas A&M with a Master's degree in Computer Science, specializing in Artificial Intelligence, Jean Paul went on to study a number of foreign languages and cultures to apply for the area of human intelligence.

He received certifications in combat swimming and parachute training, the latter of which led him to jump from an airplane with two other men on June 17, 2006. 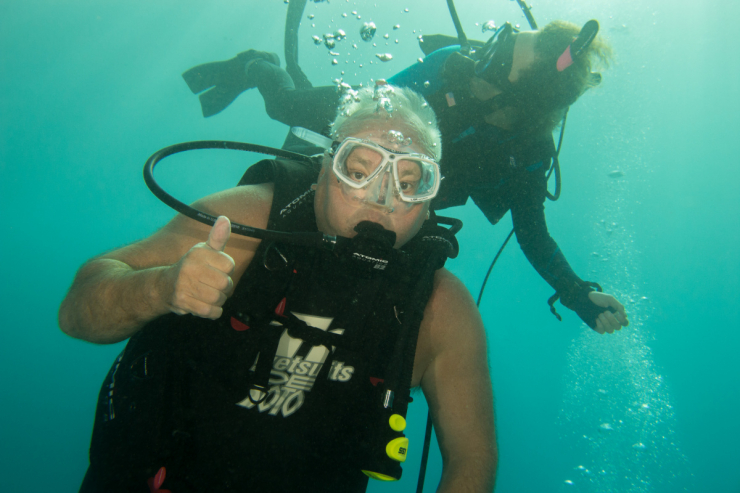 Unlike this training jump, Jean Paul typically teamed up with pararescue guys from the Air Force and had a bigger jump zone. Today, he was with just two others, using a smaller airplane. As Jean Paul got closer to the ground, he had to perform a downwind landing to avoid power lines and set his sights on some tall grass to his left.

He was moving way too fast. If he had drifted three feet to the left or three feet to the right, he would have been in a much better position. But fate stepped in that day and placed Jean Paul right in the path of an irrigation drain.

He hit the pipes at full speed, square across the front of his body, splitting his pelvis in half. In half.

At first, the pain didn’t register and Jean Paul simply laid in the grass, waiting for the group to find him. (He had blown so far off the path, they were forced to go back up into the aircraft to spot where he had landed.) By the time the ambulance arrived, his pain had kicked in full force and Jean Paul was doing everything he could to stay calm and conscious.

“I didn’t know it until later, of course, but I lost three times my blood volume,” Jean Paul told us. “I was bleeding so much, the doctors were forced to restart my heart three times. But miraculously, I survived.”

But his survival came at a cost. In addition to his shattered pelvis, Jean Paul suffered a spinal cord injury at T10/12, a traumatic brain injury with bleeding in the parietal and occipital lobes, blindness, deafness, nerve-damaged hands, and spent nearly six months in the Intensive Care Unit (ICU). He was paralyzed from the waist down. 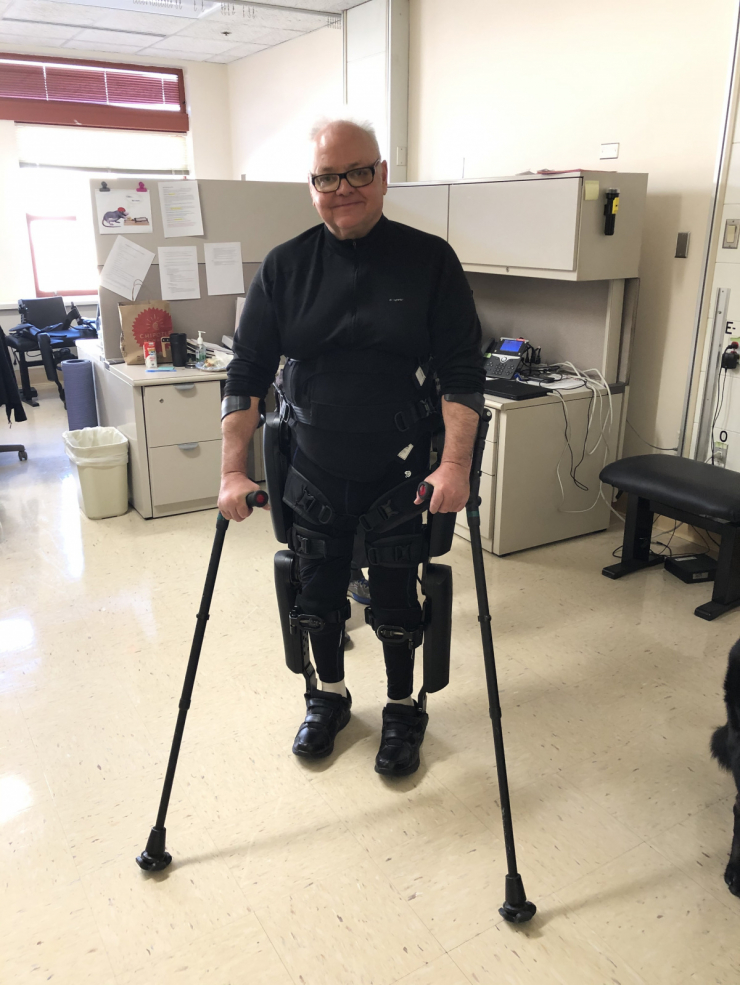 Jean Paul’s life before the jump and his life after that horrible impact intersected, and he survived to awaken to a whole new person. If we knew what was coming, would we still do it?

Jean Paul’s injury was life-changing, of course. But it wasn’t life-ending. 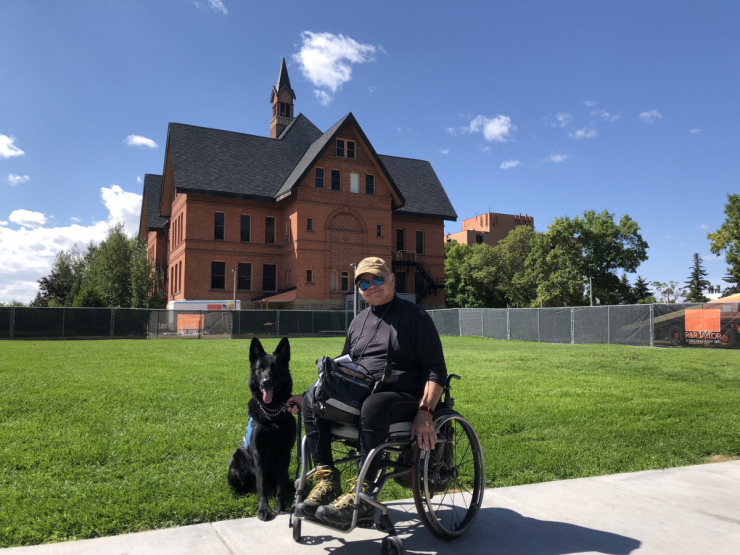 “I have spent many years recovering,” Jean Paul said. “But I have done three triathlons as a paralyzed participant, I sit-ski at Big Sky Resort regularly with my support team, and I organize an annual disabled veteran scuba diving and adaptive surf trip to Maui.” 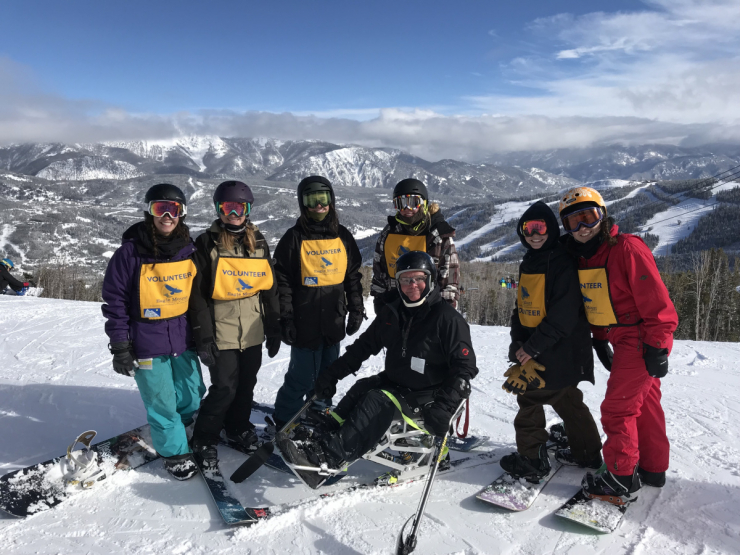 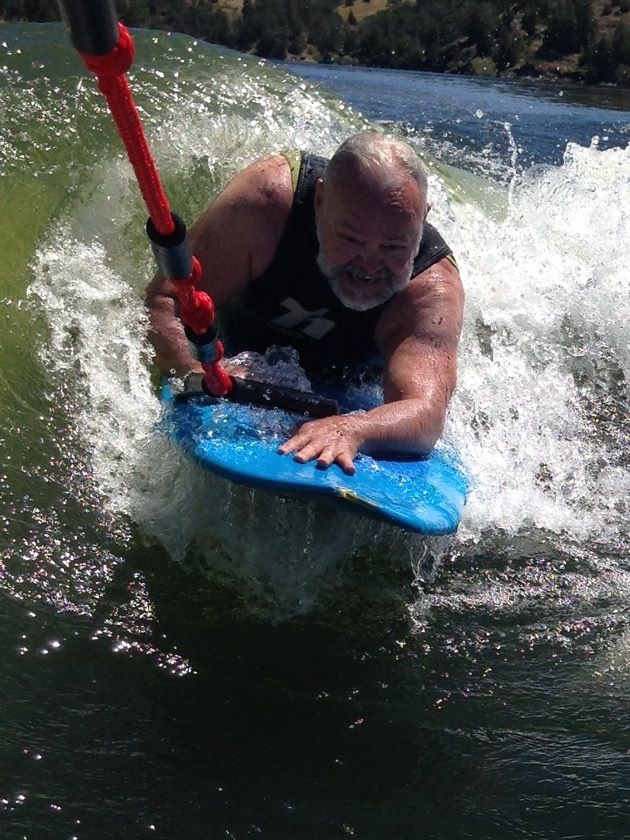 He also brought the first VA national service dog program to his home state of Montana and got his own black German Shepherd in 2015 named Rock. (Jean Paul is legally classified as blind and also suffers from significant hearing loss.) With his help, he’s enabled countless other veterans to find support animals that would enable them to continue living their lives, too. 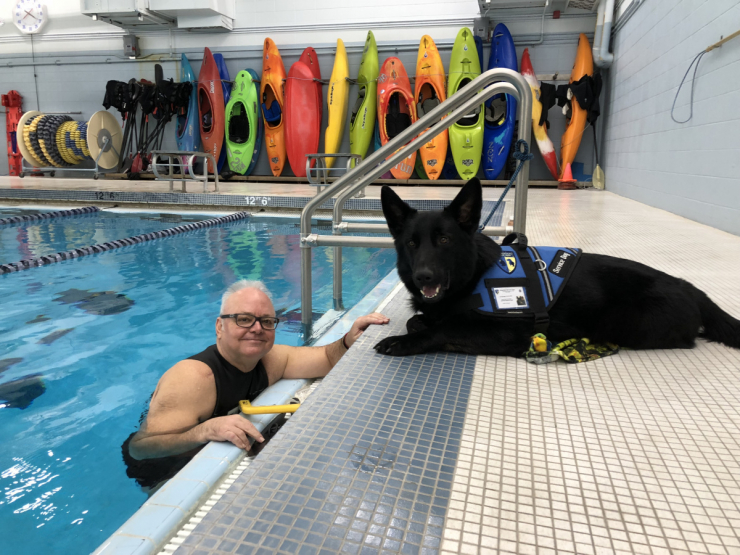 When we talked to Jean Paul, we asked him what he wished people knew about veterans with disabilities and the challenges they face. His answer was simple: “In the U.S., we’re a little behind the times on providing access for disabled vets...especially those in wheelchairs.”

Lack of accessibility is a common theme we hear over and over again from our recipients at Chive Charities. So, when all other doors have been closed, we’re here to open them. Our donor community makes sure of that.

Jean Paul was in need of some repairs to his wheelchair-accessible van, and he also needed hardwood flooring installed in his home to help him better navigate the space. All in all, the total amount was $6,954. It was our turn to step up and show Jean Paul that an entire community of supporters is ready to help disabled veterans. If not Chive Charities, then who? 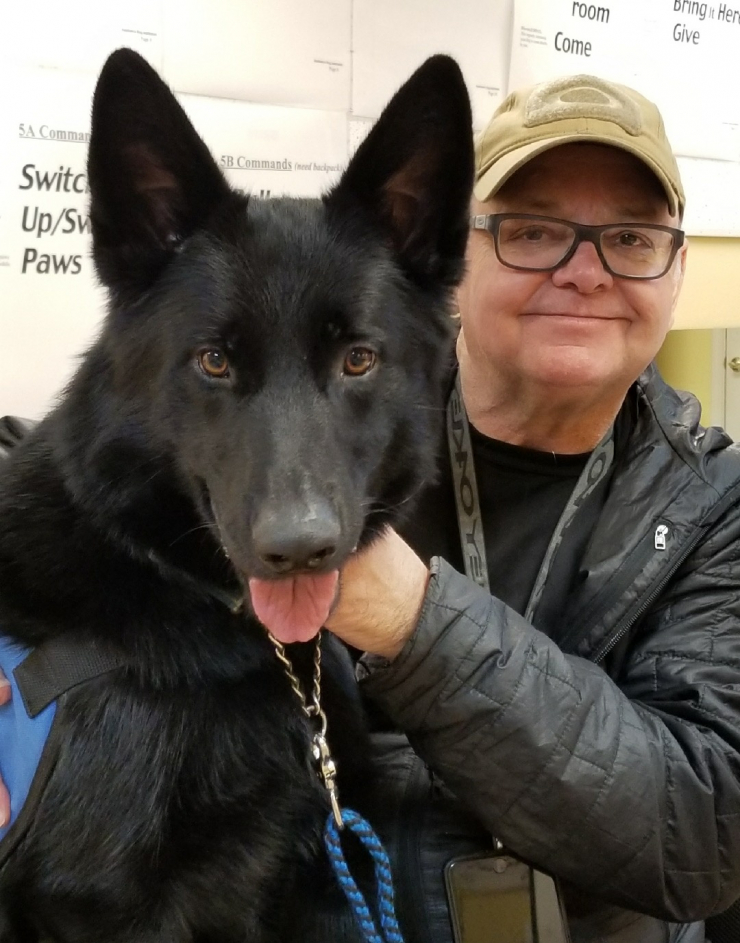 We all jump feet first, completely unaware of what might happen along the way. If we’ve learned anything since starting this journey in 2012, it’s that we can tackle any challenge as long as we’re in it together.

If we knew what was coming, would we still do it? In many ways, we do know what’s coming. We know there will be many rare medical individuals, first responders, and veterans in need of help. There have been nearly 450 so far and we aren’t slowing down. Like Jean Paul, we can be there for them when they need it most...when every other door has closed.

Join our movement to make the world 10% happier by becoming a monthly donor and let’s show them what our community is all about. DONATE HERE.