For as long as she can remember, Jamey O’Dowd wanted to be a first responder. 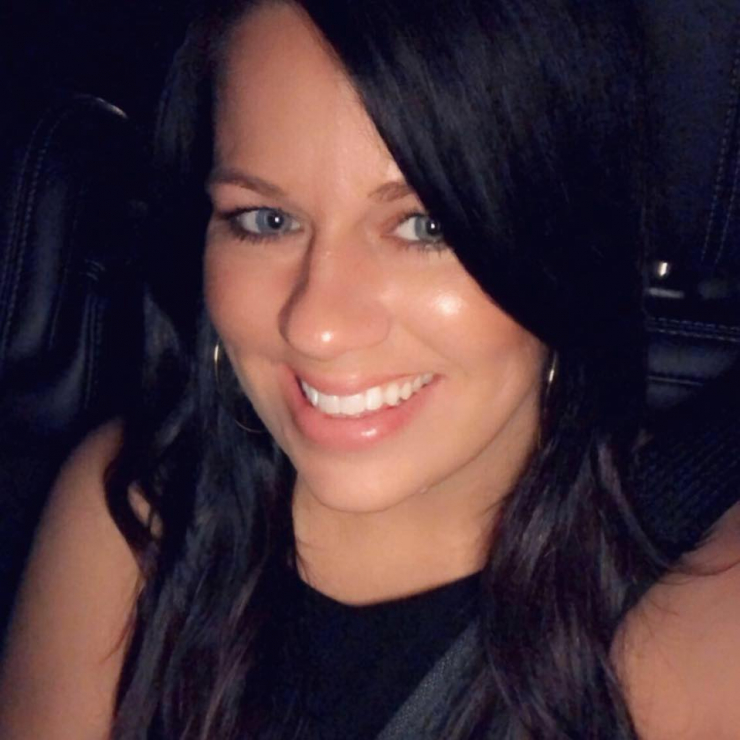 Initially, she had her heart set on becoming a police officer, and she got her undergraduate degree in criminal justice as her first step down the career path.

She was on her way until, well, life happened.

Jamey got pregnant with her son, Payton. As she looked at his tiny face, she knew stepping into the line of fire as a single parent wasn’t a risk she was willing to take. But that heart for service was still there. So Jamey did what she’s best at - she figured it out.

“I talked to the fire chief, an incredible woman named Amy (or Chief Ramon),” Jamey told us. “And she hired me on the spot to work at the front desk of the Cy-Fair fire department.” 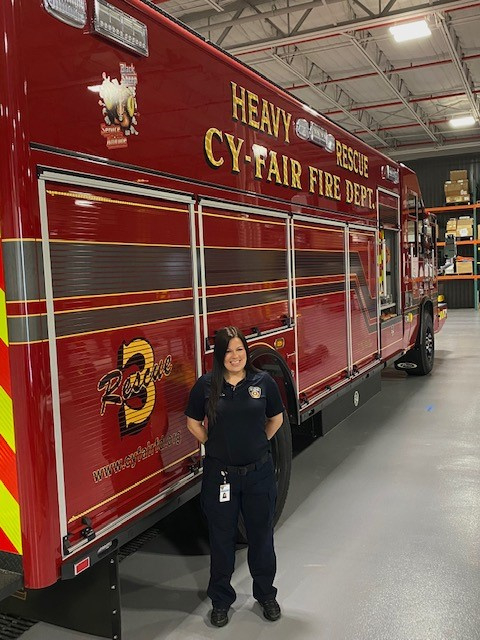 “I love it, because I’m able to help people, but I’m not risking my life or facing any danger,” she said.

Her decision to join the fire department became a turning point in her life. Not just because it fulfilled her lifelong mission to serve, but because many of the people she works with have become like family to her.

Jamey faced a lot of challenges after Payton was born. 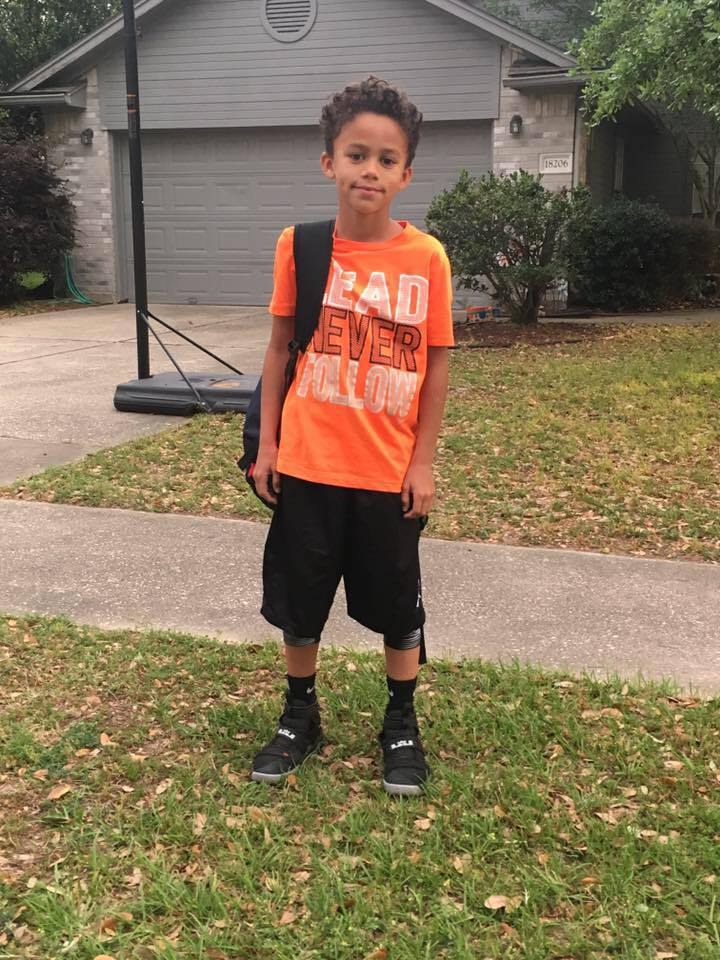 Many family members did not agree with her decision to raise him as a single mom, and many of those relationships were fractured. One in particular, though, was not. Jamey’s stepdad, Jimmy, stayed by her side, providing love, support, and encouragement when she felt the most alone.

“He was so special,” she told us. “He taught me so much and motivated me to ignore the negativity.”

For the next 10 years, Jamey and Payton would both grow up a lot inside the walls of the fire department. While Jamey got tutoring during undergrad, the teacher would push Payton around the room in the stroller so she could concentrate. When she was gearing up for a big test, her colleagues would help her study (and Payton would sit in his bouncy seat in her office). After she graduated and decided to go to fire inspection school, the organizers decided to waive the fee for Jamey. 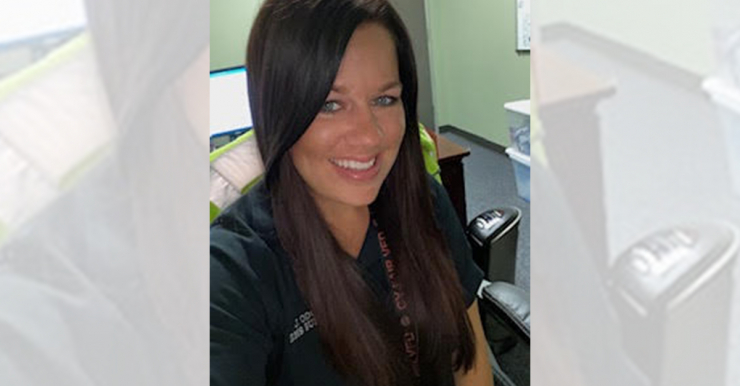 She did so much for them, they wanted to do more for her.

“I had a lot of support at the department, but that doesn’t mean it was always easy,” Jamey laughed. “I would jam out to crazy songs to get myself geared up for the day, and I would say to Payton, ‘We’re GOING to have a good day today!’” 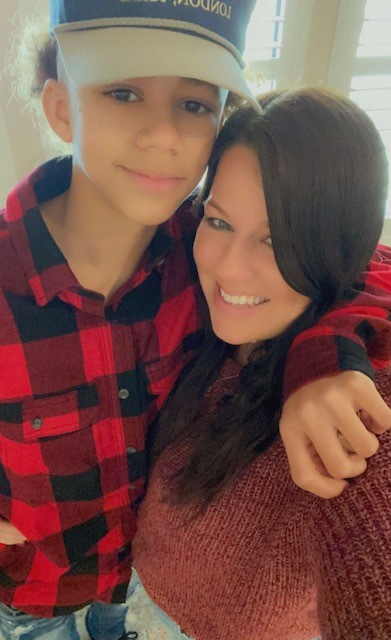 She’s just always been good at figuring it out. And now that Payton is a 13-year-old teen, that’s helped their relationship get even stronger. The two of them go fishing together (“I do the baiting and he does the rest,” she told us), hunting, and playing sports. She’s strict with him, letting him have some independence but raising him to be well-mannered and polite. It doesn’t hurt that he loves the fire department, too, spending a lot of his free time hanging out at the station. 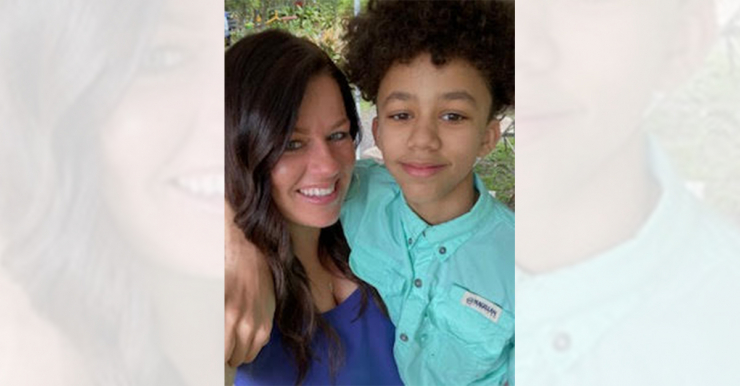 We asked her how she’s able to manage it all, and her words were simple but powerful. “You have to believe in yourself. Don’t listen to other people’s negativity and be okay with who you are. And if you don’t know how to do something, don’t limit yourself - just YouTube it or Google it and you’ll figure it out,” she said.

Up until a few years ago, Jamey knew exactly who to call when she needed help or advice: her stepdad, Jimmy. Sadly, he passed away from cancer four years ago, and she still feels the sting of his loss to this day.

But Jimmy played a big role in Jamey figuring things out, in taking charge of her own life. It’s probably a big reason why she noticed early on that something was definitely up with her roof. (Unlike the author of this story, who has never even stepped on a roof, let alone diagnosed an issue with it.) 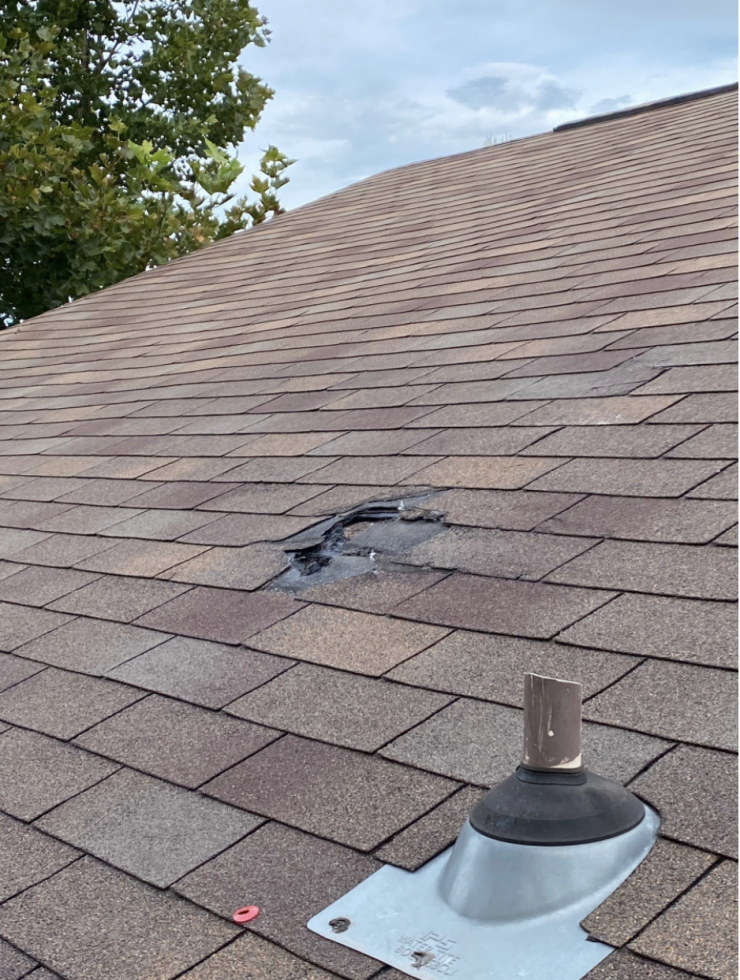 Jamey needed help, and this time, it required more expertise and help than she could manage herself. So when she called her brother, he recommended a friend of his who just happens to be a roofer. And when that person met her, he said, “You should contact Chive Charities. I think they could help you pay for this.” 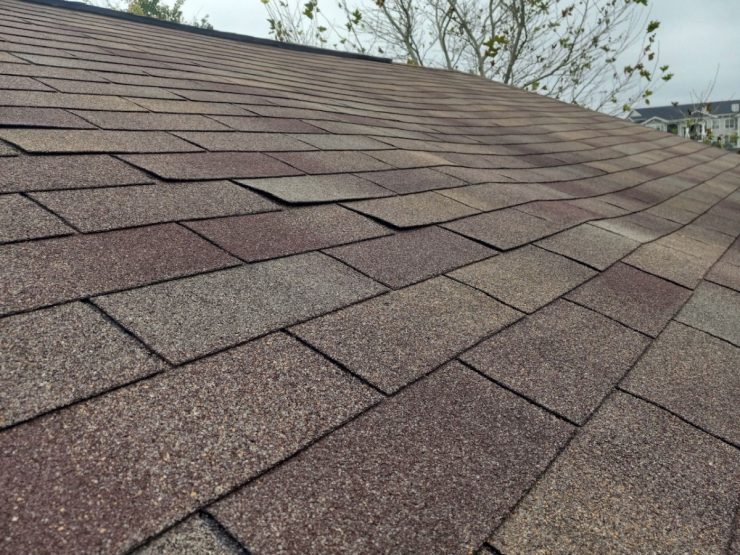 When we heard from Jamey, we saw a badass mom and first responder who’s not used to asking for help. But helping someone when they’ve done all they can to help themself - well, that’s an easy yes for us.

With the support of our donor community, we funded a critical roof replacement for Jamey and Payton’s home at a total impact of $11,867.

“You all have no idea how huge this is for us,” Jamey said. “I was thinking about what else we could cut from our budget to save throughout the summer, but we don’t really have any extra expenses that aren’t completely necessary. I didn’t know how I would make it work.”

Jamey was so grateful for the support of an organization like Chive Charities - one that’s deeply committed to supporting rare medical individuals, veterans, military families, and first responders - that she wanted other first responders to know about. The next time someone at the Cy-Fair fire department needs help figuring out how to get a critical need met, they can find Chive Charities information hanging up all over the building. 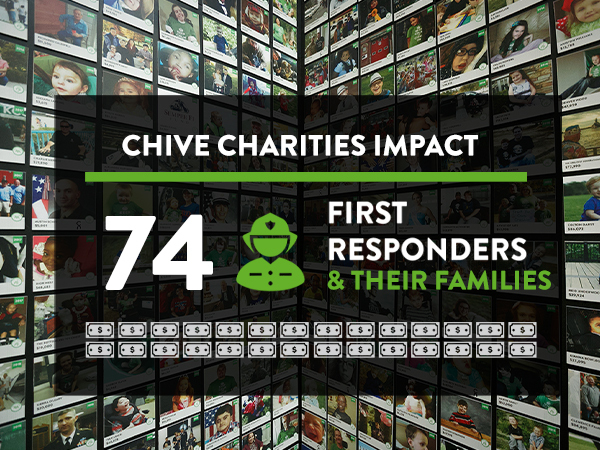 “I printed out your flyers and hung them on our bulletin boards,” Jamey laughed. “It would be tough to miss it.”

Jamey has spent her whole life focused on serving others. She’s made it her livelihood. And along the way, she’s gotten really good at figuring things out for herself (with a little help from her stepdad, Jimmy). But sometimes, you have a need that’s bigger than what you can handle on your own. And at those times, there’s an organization ready to step in and fill the gap: Chive Charities.

By becoming a one-time or monthly donor, you’re directly contributing to critical needs for families just like Payton and Jamey. The ones who just need some support to be able to say, “We’ve got this.” They’ve got this if you’ve got this. DONATE HERE.