Some things about being a kid are a given. Losing a tooth, scraping your knee, spinning on the tire swing, laughing so hard at lunch milk squirts out your nose…Ah, childhood. 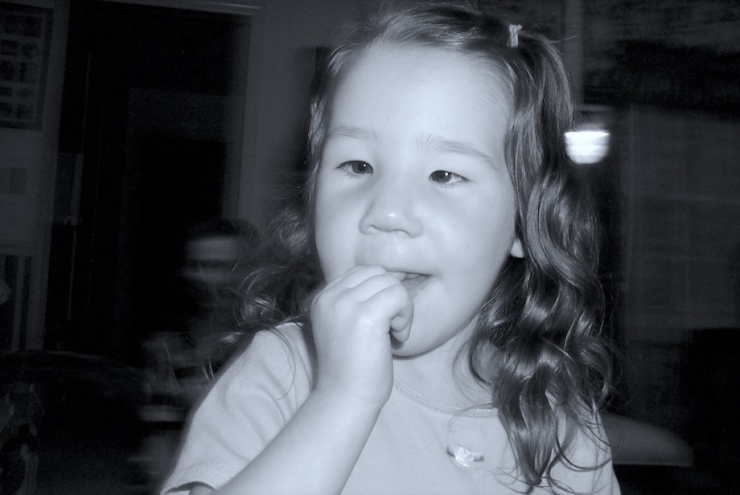 But for kids like Brianna, something as simple as riding a bike can be just out of reach. A lot of things are out of reach, actually, but don’t worry, you can help.

Brianna has Ring 14, which, despite its name sounding like the 14th sequel to the Gore Verbinski movie franchise, is a rare genetic disorder caused by a mutation in the 14th chromosome. It causes psychomotor delays, cognitive and physical disabilities, and seizures, and Brianna suffers from them all. 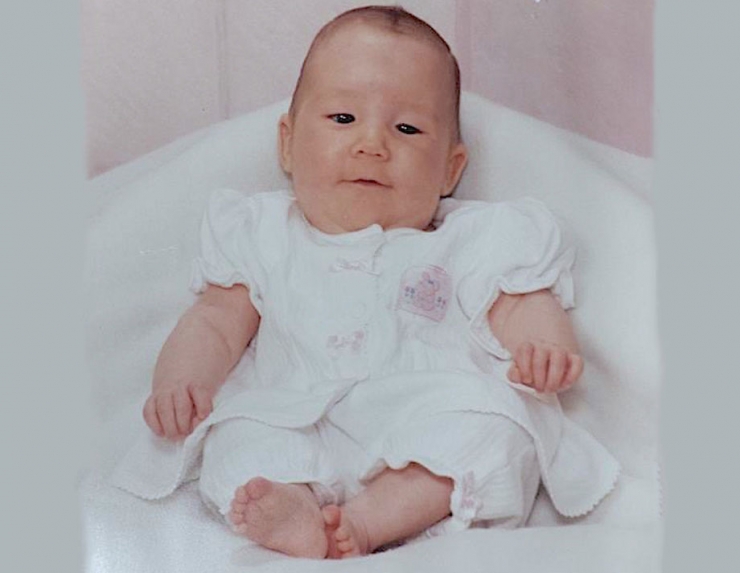 “How did you first know something was wrong?” I asked Melissa, Brianna’s mom. She has a thick southern accent that makes you want to sip a glass of sweet tea and enjoy a slice of pie while you visit. Or maybe it was just lunchtime, on a warm January day in Texas, and I had pie on the brain. In any case, the drawl left me unprepared for what Melissa said next. 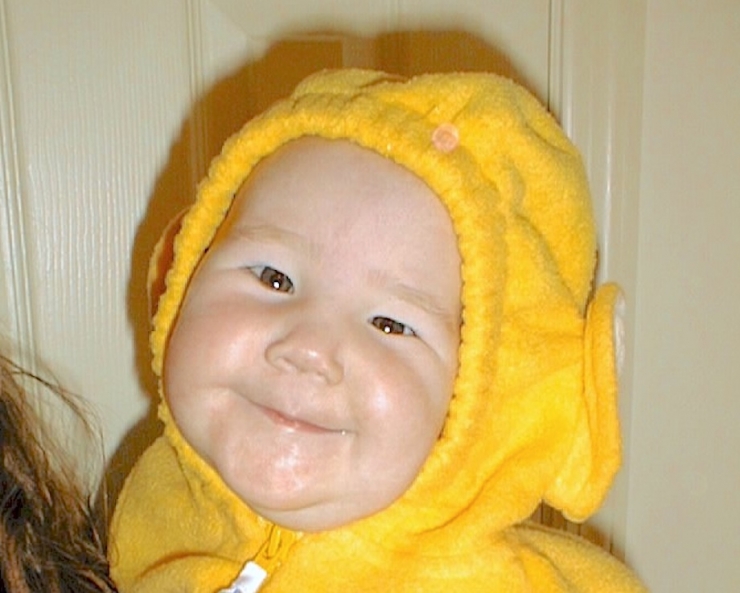 “She started having seizures around six months old. We thought it might be a reaction to her vaccinations, but we stopped getting the shots all together, and that didn’t help.” Just a few months later, Brianna became the very first case of Ring 14 diagnosed in the state of Georgia and only one of 300 worldwide. It’s been a roller coaster ever since. 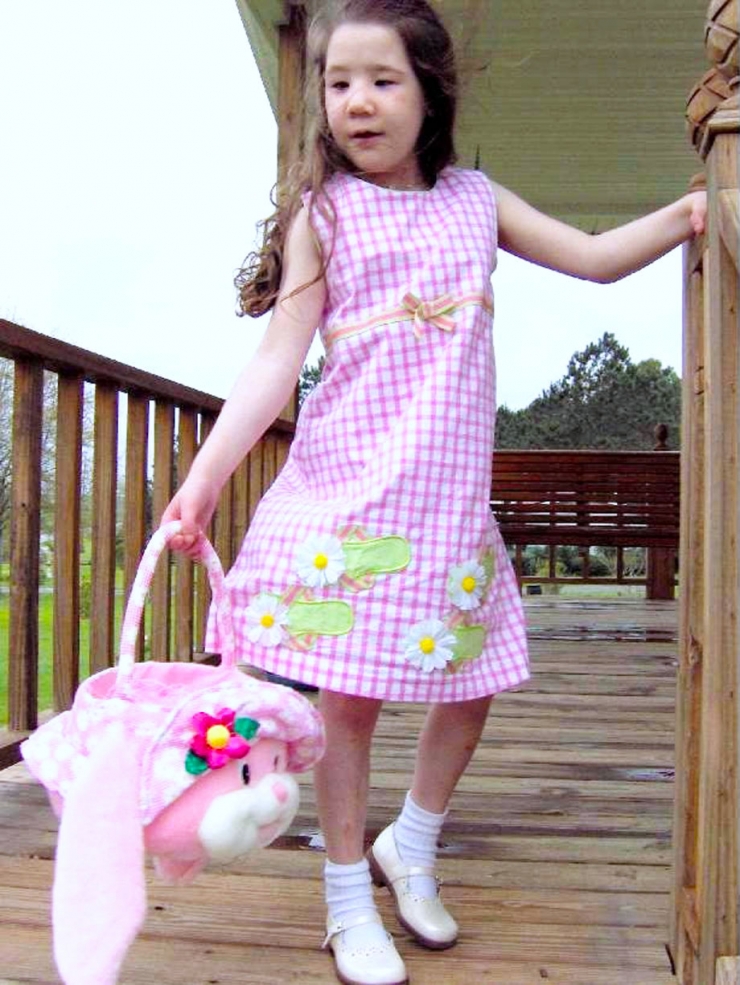 Brianna walked at 22 months, could speak and understand simple sentences, even spent a few years in dance class, with the one-on-one help of her big sister Chelsie. But every spike in seizures would disrupt her brain activity, wiping her progress away over and over. Doctors had given Brianna a diagnosis, but no one was really sure of the best way to treat her symptoms. 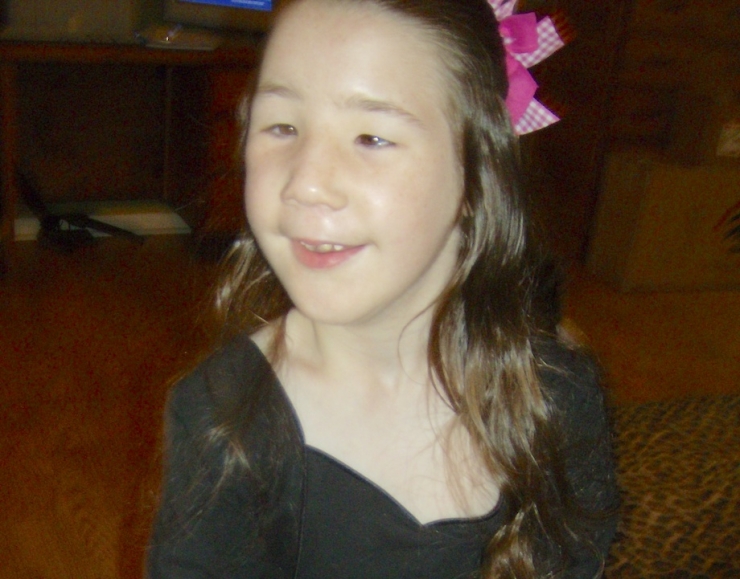 The first hint emerged when Brianna was about nine. Her parents noticed an uptick in seizures every time her body went through a growth spurt, i.e., a hormone shift. And when she started her monthly cycle at nine (yes, that’s early), everything changed. 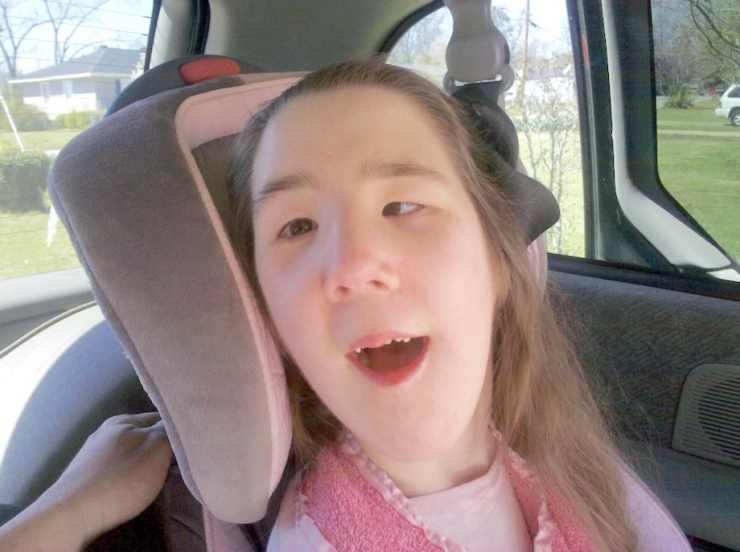 Brianna began having dozens of devastating seizures per day. She lost her ability to speak, needed help walking, and had very little balance. Doctors performed surgery to lengthen her tendons at age 16, but the end result wasn’t quite the mobility improvement her parents hoped, and she still needs assistance to walk.

During good months, her mom said, Brianna might go three weeks without a seizure, and when that’s the case, the race is on to help her regain some of the skills she once had. She seems to have an adverse reaction to a lot of medications, including anti-seizure drugs, so her family made the decision to gradually eliminate the prescribed medicines that seemed to do more harm than good. They tried a ketogenic diet to relieve her symptoms naturally, but over time, discovered it, too, caused more problems than it solved. 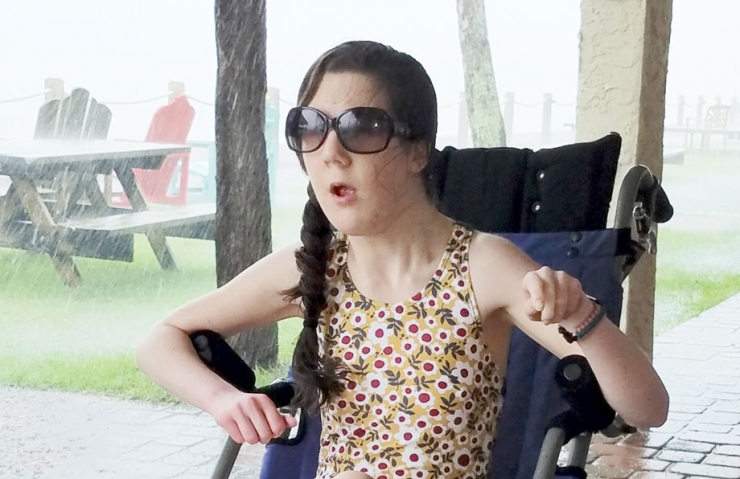 In May of 2015, Brianna started using medical cannabis oil to relieve her symptoms and, hopefully, slow her regression. Of everything her parents tried, it’s had the most positive impact on her health – now Brianna only has a seizure if she’s fighting an illness or on her cycle, which is a huge improvement from the days when it seemed there was hardly a break between episodes. They’re hopeful the cannabis oil will keep the seizures at bay and allow their daughter to progress and enjoy as normal a life as possible. 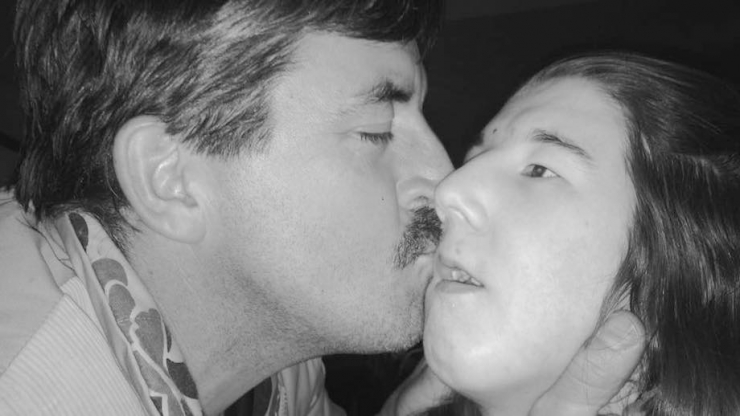 Brianna turned 19 this month. “What are some of her favorite things, what does she love doing most of all?” I asked. Her father J.J. (a former firefighter, btw) jumped in to tell me how much Brianna loves music, especially at church, and then he launched into full-on dad mode, adorably butchering the words to “Feel it Still” by Portugal the Man. Shout-out to Brianna for having good taste in music – I love that one, too. 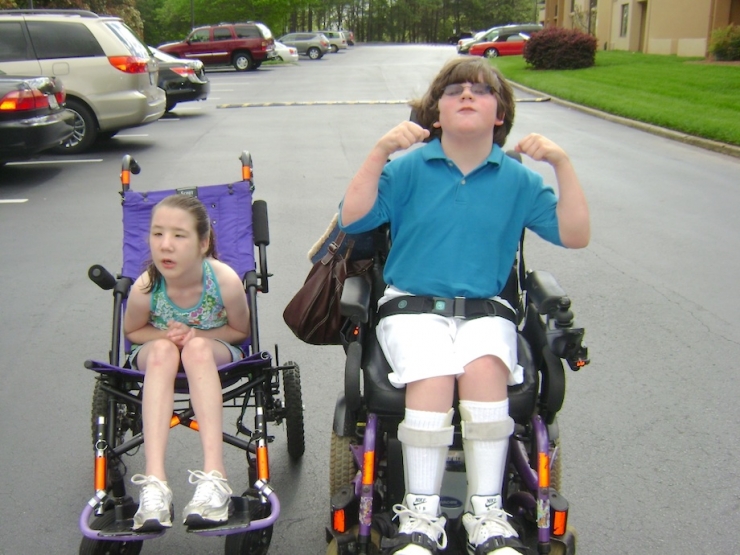 “Brianna looooooves being outdoors,” Melissa said, “Going to the park, going for walks, that’s our thing. She has to be in a stroller right now, because she’s not strong enough to walk very far, but being in the stroller won’t help her get stronger.” It’s a catch 22.

That’s her big brother T.J. Did I mention he has cerebral palsy and is confined to a wheelchair? This family has been through a lot. 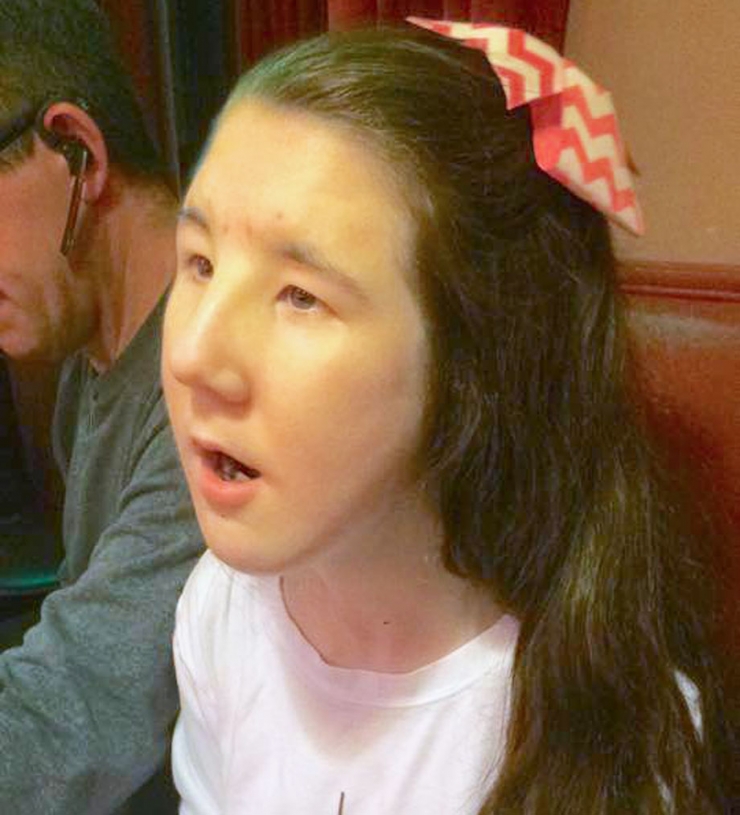 Though it’s not always the case for people we meet through Chive Charities, there seems to be a light at the end of the tunnel for Brianna. Most Ring 14 patients tend to regain some of their abilities once they stop growing, and their hormones settle down, around age 18. Brianna is definitely showing that promise. Her parents hope with the seizures in check, they can focus on building strength, improving balance, and regaining the abilities she once had. 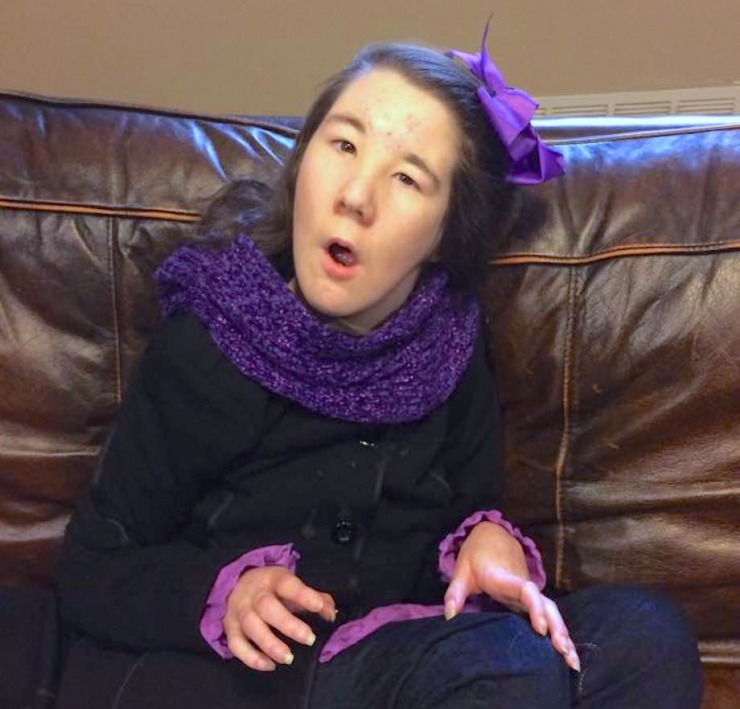 ICYMI, Chive Charities believes without question that mobility is the key to freedom. So when Melissa and J.J. came to us for help getting a Freedom Concept Cycle for Brianna – a $4,300 adaptive tricycle custom made to help build strength and endurance – we didn’t hesitate for a minute to say yes.

“The less mobility any of us have, the more our bodies give up...we're not ready to give up, nor will we ever be,” Melissa said. “We never imagined a world so beautiful until we had Brianna. She has brought more love and understanding to our lives than anyone can begin to imagine. I want to provide her with the same beauty.” Us, too, Melissa. 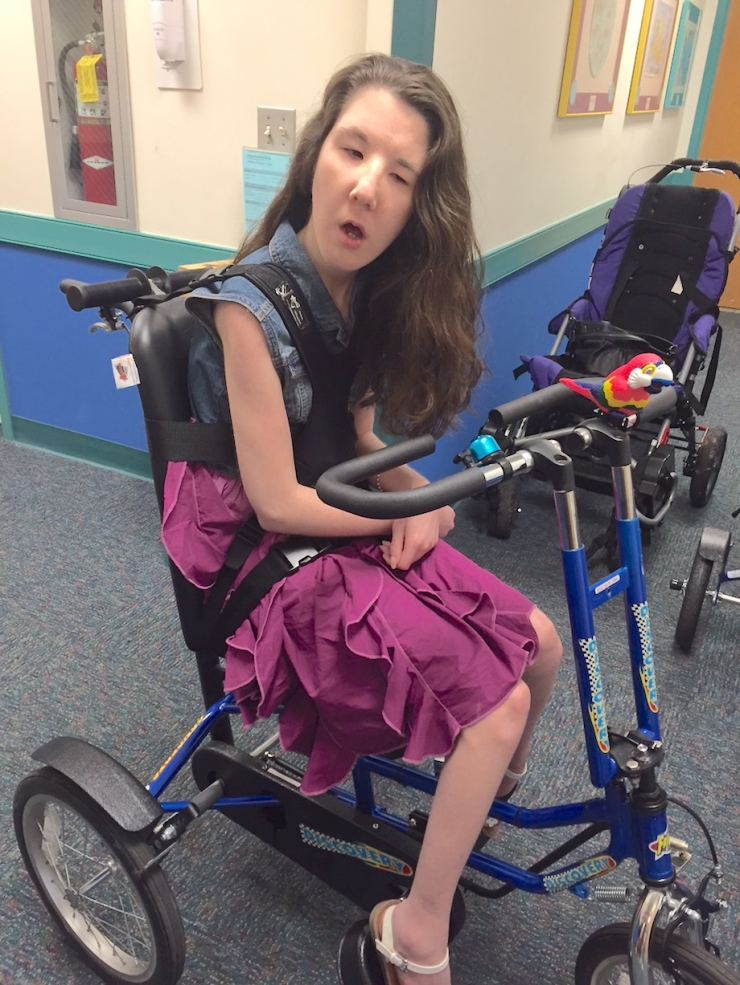 We ordered Brianna’s hot rod purple AS2000 tricycle January 9, and it’ll roll into her driveway in just a few weeks. The update should be pretty amazing, so be on the lookout for more pics soon. Thanks so much to our Green Ribbon members, whose monthly donations ensure kids like Brianna stay as independent as possible, even when their bodies hold them back.

Will you help the next Brianna keep her freedom? Become a Green Ribbon donor right HERE if you’re ready to make a difference. 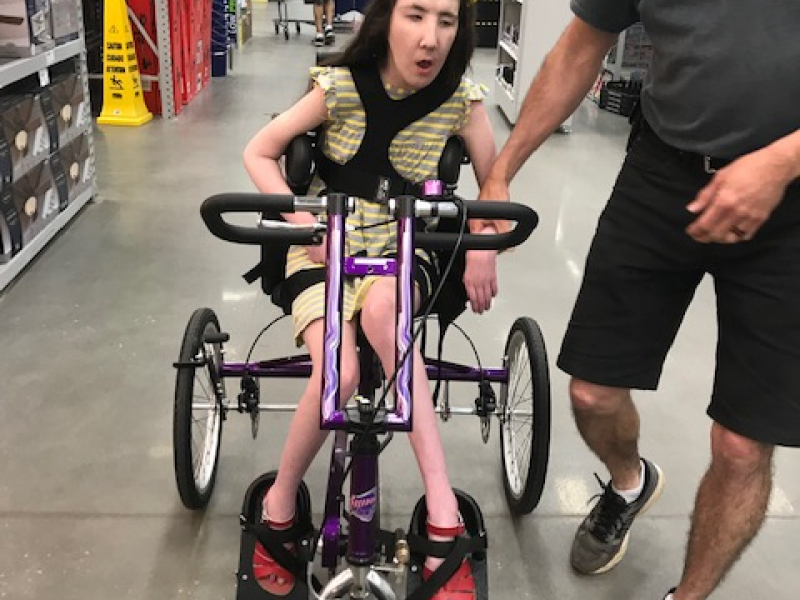