When life takes its swings, Alex swings back

It was a warm August afternoon at the Kash household in Madison, Alabama.  Maria stepped outside to call her 5 children to dinner from the backyard where they were playing.

One of her children, the spunkiest of the bunch, Alexandria, couldn’t be separated from the swing set.  She was challenging her older sisters to a contest to see who could swing the highest. At the dinner table, Maria’s husband Travis served the two youngest boys while Maria returned from the fridge with orange juice. That’s when Maria’s oldest daughter came running to her in a panicked state. “Mom, Alex is doing this really weird shaking thing!”

The ‘weird shaking thing’ turned out to be Alex’s first seizure. One seizure turned into 3 in one month. Soon they were happening every morning and night. Over the span of a couple years, Alex’s condition degenerated to the point where she was having 400-500 seizures some days. The process not only left Alex incapacitated cognitively and physically for days on end, but it also left her parents and doctors mystified.

One thing was for sure, though. Alex wasn’t going to give in. She approached every day with a hunger and zeal for life.  She had, of course, already beaten the odds. 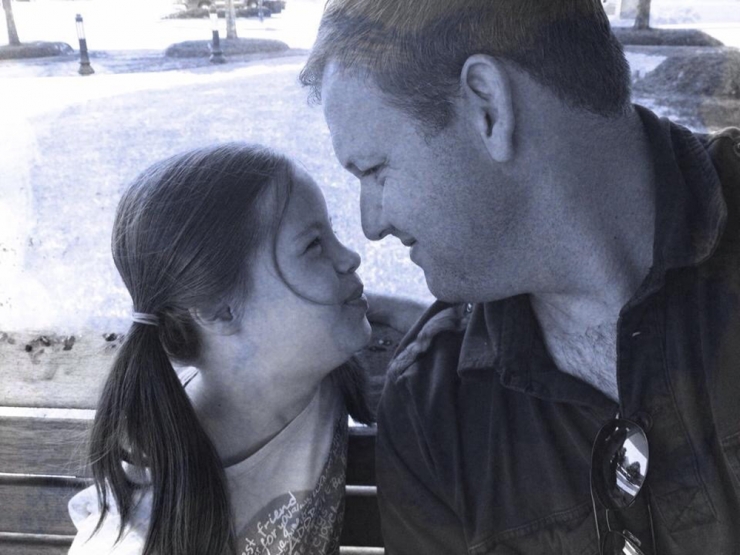 Alex was born with a rare form of Down syndrome and a congenital heart defect. The first few months saw her fight multiple bouts with congestive heart failure. After 7 months, doctors could no longer wait. They were forced to perform a 4-hour heart surgery with a 50/50 chance of survival. Alex not only pulled through but she thrived. 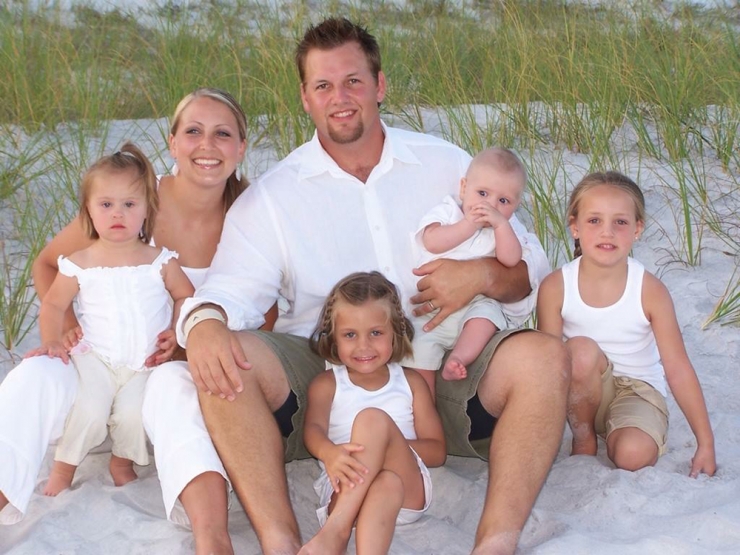 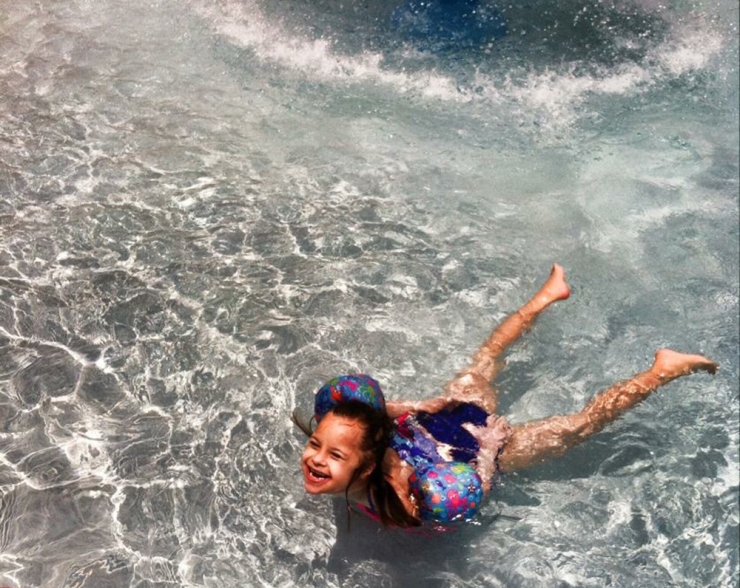 Despite her diagnosis of mosaic Down syndrome, Alex developed physically and mentally beyond what most thought was possible. She took every challenge she was faced with and excelled. By the time she reached 7 years of age she was reading, writing, speaking clearly and using those words to tease her four siblings. Physically, Alex was running around doing what normal 7-year olds do, playing sports and being active.

That’s when the epilepsy set in… 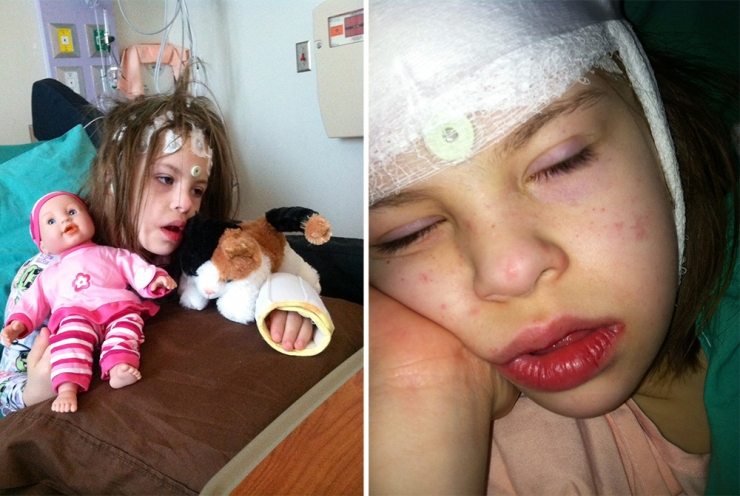 During one visit to a hospital in Memphis, a doctor walked into the room and told Maria and Travis their daughter had Lennox Gastaut Syndrome. The couple stared in disbelief as the doctor tried to explain. LGS is a particularly nasty form of epilepsy. It causes every type of siezure imaginable. While other forms of epilepsy can be treated and managed by medication, LGS tends to evolve and cannot be treated with any sustained success. There is no cure.

Over time, the seizures began to take away much of what Alex fought so hard to accomplish, both physically and mentally. Now, at age 11, she can go days without being able to even whisper a word, sometimes even having trouble recognizing her family. She rarely has control of her body and most times cannot hold her head up. 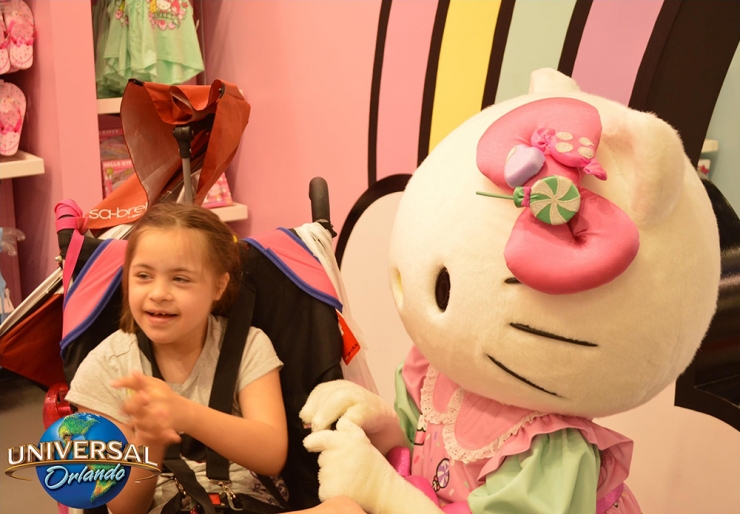 Through all of the adversity, Alex has never lost her zeal and love for life.  She's faced everything with a smile. Even when the seizures leave her incapacitated, there is something in her eye. A stubbornness and determination that lets you know she's got this.

Maria describes her daughter as a "live life to the fullest kind of person." Alex thrives by being outside with her sibling at the park and the pool, two of her places in the world. However, Alex's condition has presented obstacles to living her life they way she would like to. 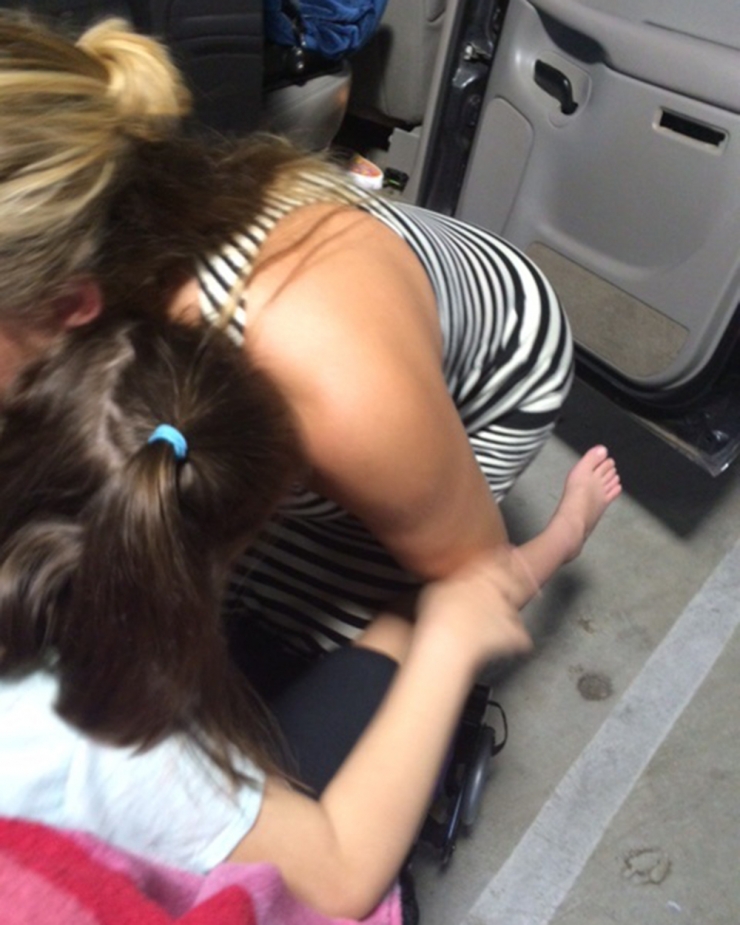 In order to travel anywhere, Maria and Travis must first pick up Alex's 80-pound frame from her wheelchair and carry her down multiple stairs. Next, they must list her into the SUV, at the danger of injuring Alex. Finally, they must hoist the heavy wheelchair into the SUV. The whole process is backbreaking work and can take a single parent over 15 minutes. Both Maria and Travis have suffered back injuries over the past couple years. And Alex isn't getting any smaller.

There must be a better way... 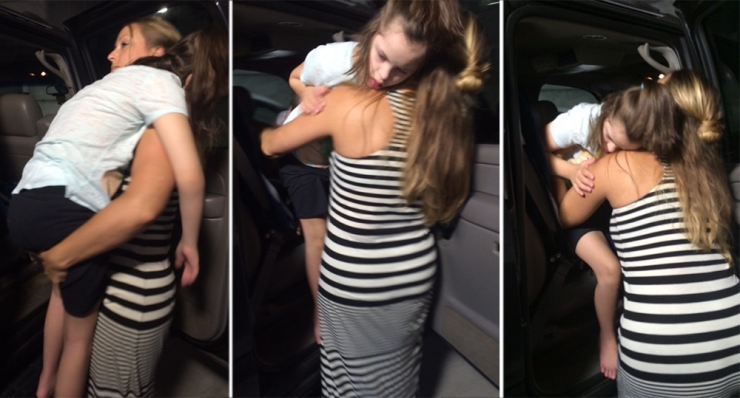 Luckily, a friend introduced Maria and Travis to Shawn Loville, a founder of the Alabama Chivers chapter. Shawn explained that there is a group of committed individuals who make it their purpose to help the underdog causes. There is something in every Chiver's DNA that makes them want to make the world a better place, at least 10% happier. Shawn introduced the couple to Chive Charities.

We are happy to announce that the Green Ribbon Fund donors have stepped in to ease the Kash family's burden and help Alex live life to the fullest to the tune of a $70,000 grant. 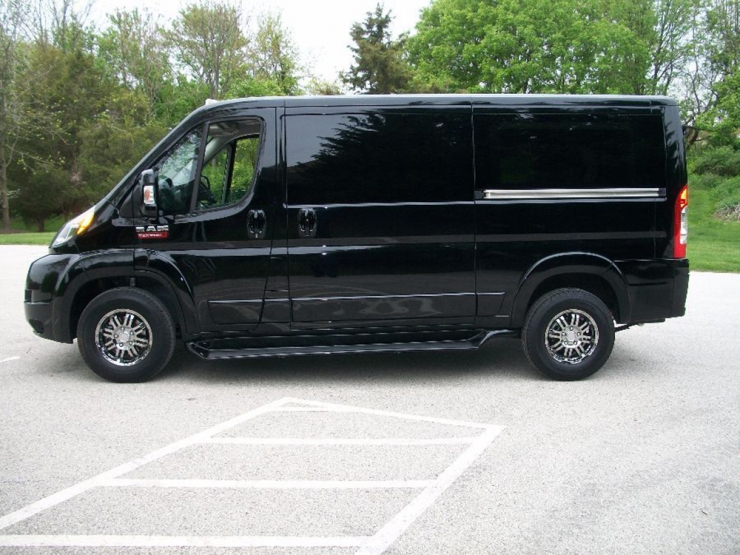 Part of the grant helped purchase a portable wheelchair ramp and a 2016 Promaster Cargo Ram wheelchair accessible van. Not only does the van have its own wheelchair lift, but it can also fit the family of 7 comfortably. Maria refers to the items as game-changers. "It was always a major event to go anywhere," she explained. "This is going to open up a whole new lifestyle for Alex and our whole family." 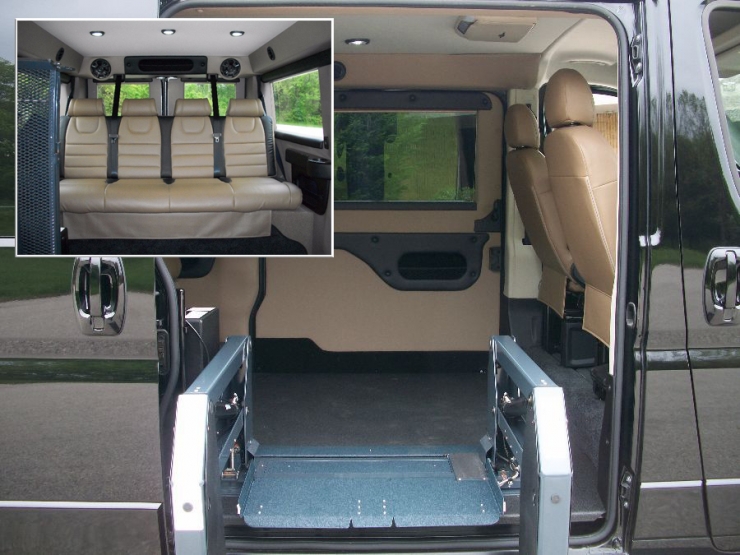 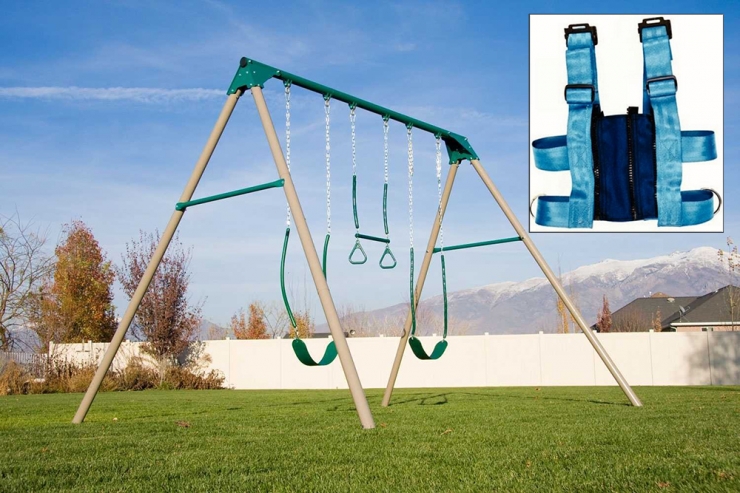 While other physical and cognitive abilities have been lost, Alex still remembers how to swing. It's her favorite activity. Part of the grant went toward purchasing Alex a new swingset and a special seat harness to keep her upright in the event that a seizure overcomes her. It will allow her to get crucial excercise and combat the effect the LGS has on her muscles. 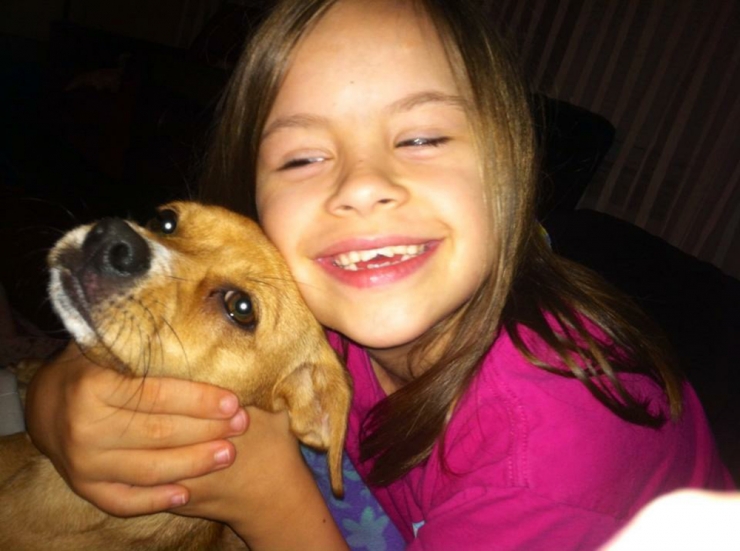 Alex has been thrown quite a few curveballs in her 11 years.  Yet time and again she swings back with a smile on her face. She is happy to live life to the fullest and inspire those around her. Thanks to a group of committed donors, Alex will be able to do just that.

To learn how to become a Green Ribbon Fund donor and help underdogs like Alex, donate HERE. 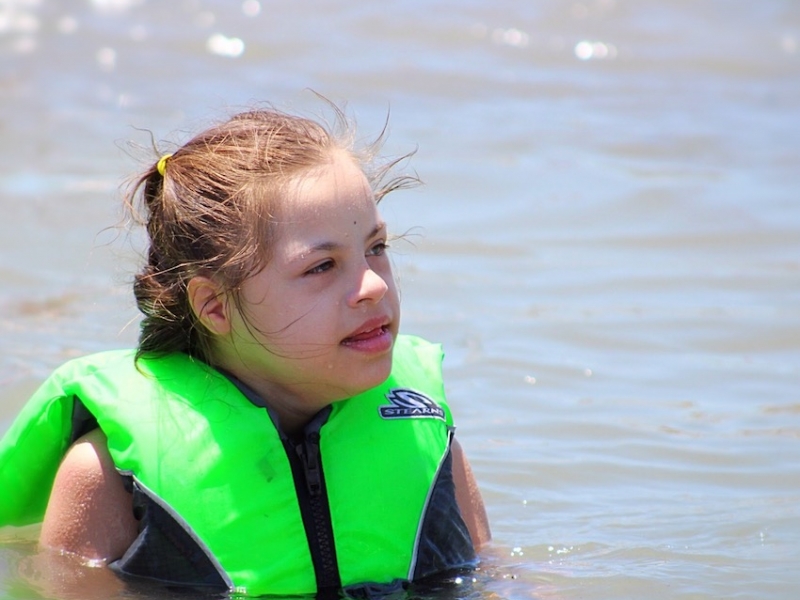 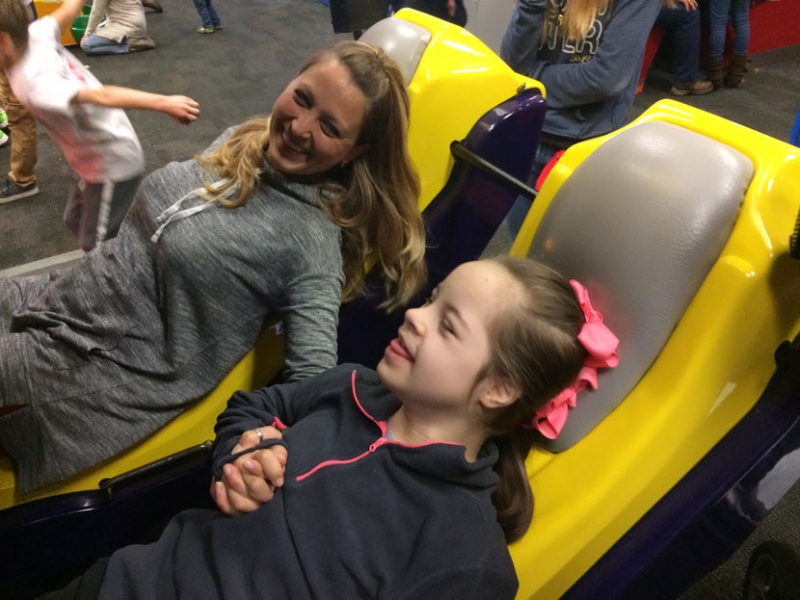