A few weeks ago we shared the story of the devastation from the worst wildfire in California history. 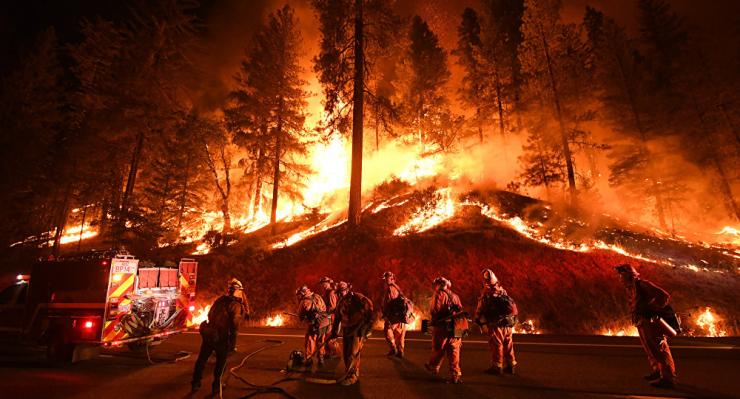 The Paradise campfire completely leveled an entire town in a matter of hours. One firefighter told us that just about every unfavorable factor would have to line up just right, from the lack of rain, the high winds, to the topography, in order for a fire of any consequence to affect the area. Unfortunately, for the peaceful northern California town, all those factors lined up in an unprecedented way on November 8th, 2018.

At its height, the Paradise campfire was burning at a rate of a football field every second. 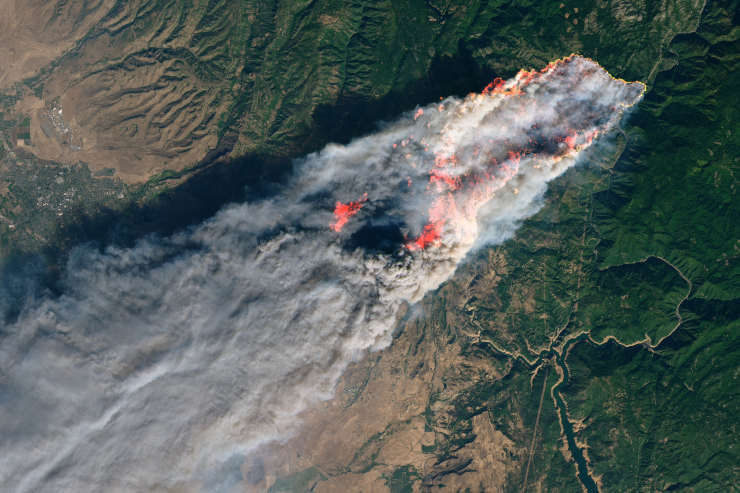 While thousands scrambled to simply escape the scorching fire with their lives and the lives of their loved ones, others were running toward the fire to save as many lives as possible. You can see the incredible mini-documentary chronicling the selfless actions of 3 first responders, including exclusive body camera footage from inside the chaos, at the end of this post. 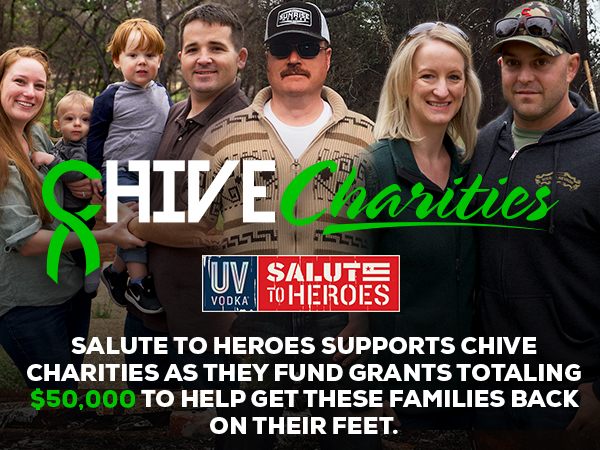 Together with UV Vodka’s Salute to Heroes program, Chive Charities and theCHIVE were happy to help those 3 first responders and their families get back on their feet after they had lost it all.

We wanted to put the fire back in the national spotlight. In the 8 months since the fire, the nation’s eye had shifted to other events, leaving the thousands affected by the Paradise fires largely forgotten. What we learned is that the aftermath and destruction will take years, if not decades to clear up.

We also learned that there are so many others that could use just a little leg up, 10% even, to help them get back on the road to recovery. 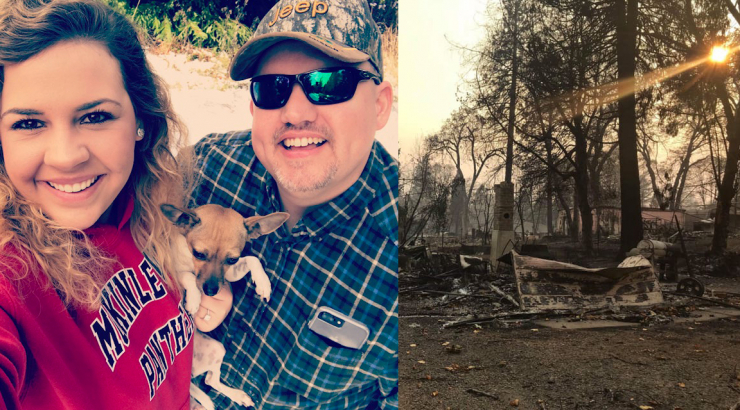 Robert and Nikki Mayer are two such first responders who lost everything that day. As a 9-1-1 dispatch manager, Robert was tasked with listening to all 900 emergency calls placed during the fire in the hours and days following November 8th in an effort to locate the hundreds of people still missing. Robert is one of the only individuals to hear the last screams of desperate victims as they burned alive in their cars and homes. 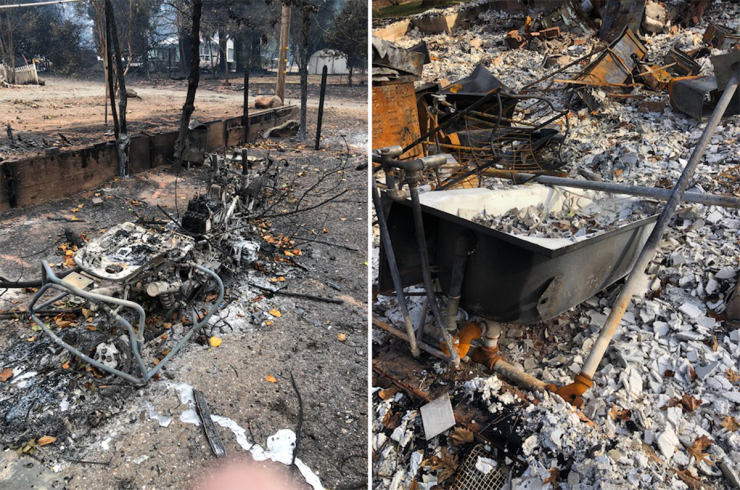 Last week, Robert described to us the aftermath 8 months later. “Paradise may not be engulfed in flames today,” he explained, “but there is a different state of chaos nowadays.” There is only 1 gas station and there are no grocery stores. There is no water available due to contamination. The houses that somehow survived the wildfire are irreversibly contaminated, essentially rendering them unlivable. There are still hundreds of people living in hotels and trailers. The town’s entire infrastructure was wiped out. 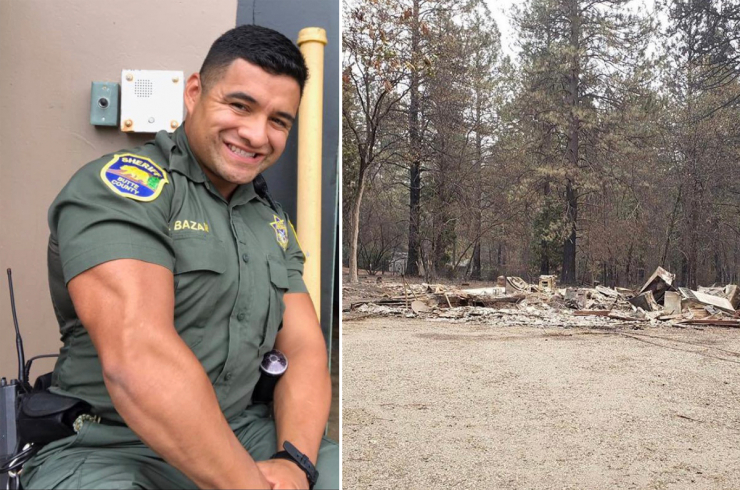 Eridan and Allie Bazan, along with their two daughters, narrowly escaped the fire themselves. Weaving through traffic on sidewalks while propane tanks exploded just feet away on either side of their car, they described the feeling as ‘hopeless and out of control’. “You can’t help but cry of sheer relief that you’re out and your kids are safe,” Allie said once the flames were finally behind them. “But also you can’t help but cry because you know not everyone is going to make it out.” 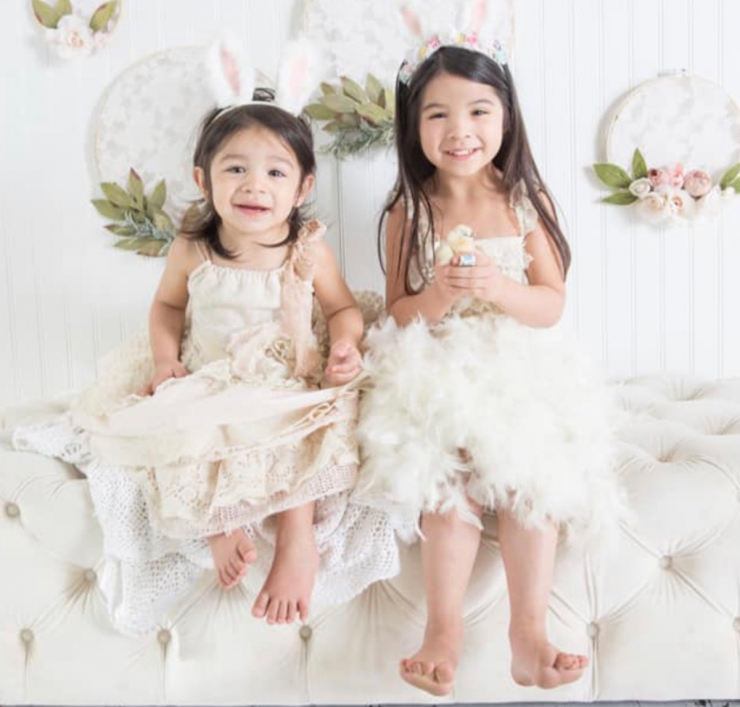 Eridan and Allie want nothing more than to start their lives afresh. “We had everything taken,” Allie added, “and we need help getting back to normal.” Eridan and Allie’s two daughters have struggled more than anyone to adjust their new reality, which has become anything but normal. 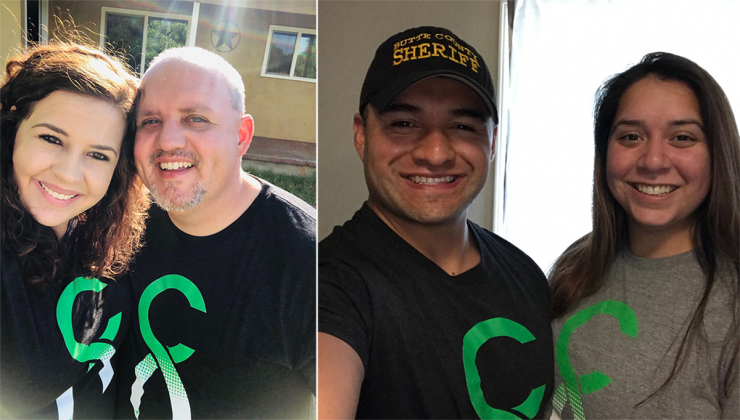 There is still so much to be done for the community and families affected by the Paradise campfires. The least we could do here at Chive Charities is help as many first responder families as possible get back on their feet. We couldn’t be happier to purchase $10,000 worth of items that will help bring some sense of normalcy for the Bazan and Mayer families.

For Rachel and Nikki, it means a new refrigerator and generator since the local electric company regularly shuts off electricity to the entire area at the slightest threat of fire. For Eridan and Allie, it means new furniture, replacing some of their daughters’ favorite items and a new swing set.

Both families are beyond grateful for the support. “We were in tears,” Allie told us. “The amount of charity and the amazing human beings that have brought comfort to our daughters is more than we could ever imagine. We were in tears when we received a little bit of our old life back. We couldn’t have done this and started to move forward without your help.”

The real thank you is reserved for the 10%ers whose donations to Chive Charities made these grants possible. Become a donor yourself and make a real impact on real lives RIGHT HERE

Watch the moving mini-documentary about the Paradise here: