Once upon a time, deals were sealed with a handshake and trust was established just by looking someone in the eye. But times have changed, and taking someone at their word is kind of a lost art these days.

Fortunately, there’s a whole movement on the interwebs right now shining a spotlight on kindness, good news, and stories that restore faith in humanity. 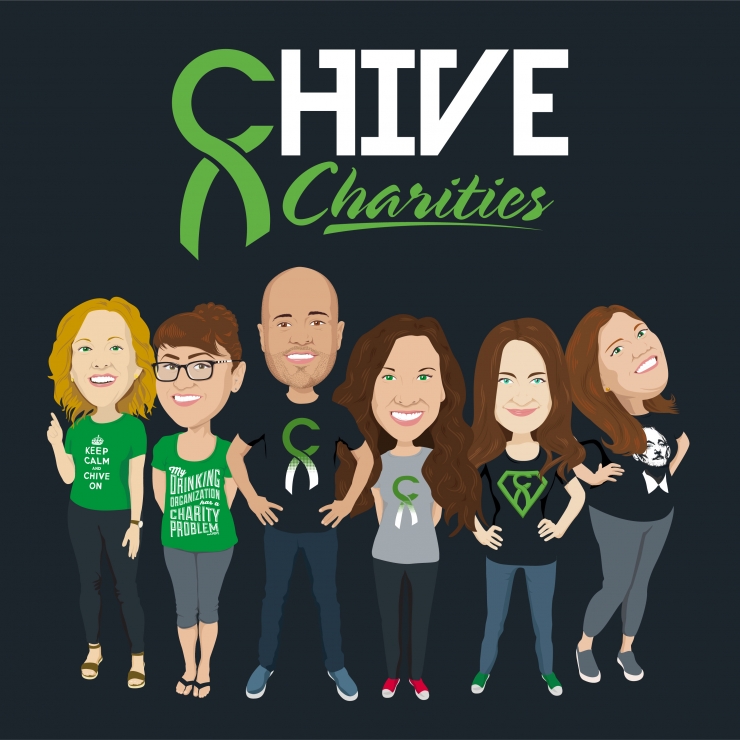 Here at Chive Charities, we’re doing our part – helping good people when they need it most and sharing their inspiring stories with the world. We’re on a mission to make their lives, and yours, 10% happier. 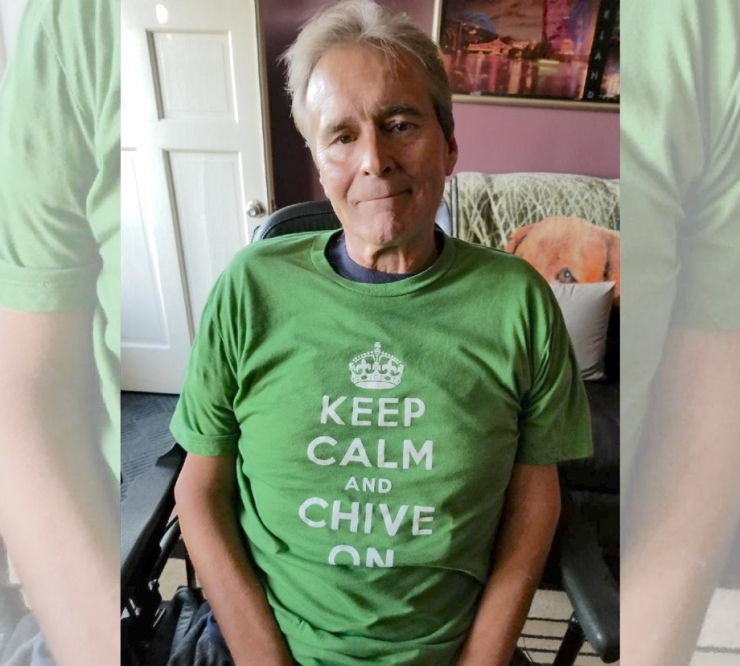 With all that in mind, we were still a little surprised at our latest recipient’s reaction when we called to tell him his grant application was approved. This is John, and he has spinal muscular atrophy, also known as SMA, also known as the neuromuscular disease that robbed him of his ability to walk, hold down a job, or even leave his home for the past 18 months.

“Are you telling me you’re really giving me this chair?” John asked. Angie and I looked at each other, eyes wide. “I’ve been waiting for over a year,” he said quietly. “I’ll believe it when I see it.” 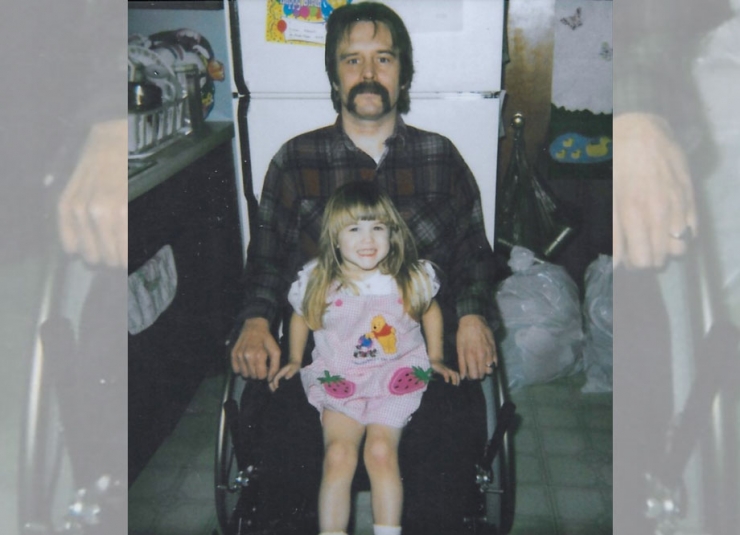 After reading John’s backstory, it’s not hard to see why he was skeptical. Born and raised in Cleveland, Ohio, he first noticed something was wrong in fourth grade, when running and climbing became much harder for him than other boys his age. Junior high was a nightmare with his weakening muscles, and John couldn’t wait to get out of school and into the real world.

He trained as a machinist, but he quickly realized lifting heavy pieces of metal was more than his body could handle. 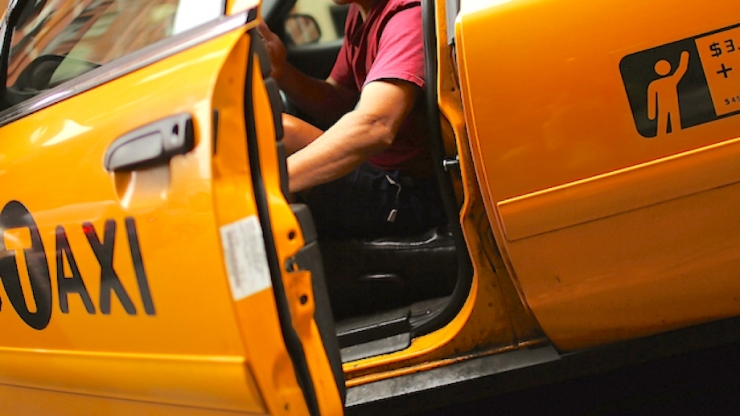 “I started driving a cab at 19, and I really liked it,” John said. But one night, he picked up a fare that would change his life forever. After getting into the car, the man pointed a gun at John and demanded money. He didn’t resist, but the guy beat him savagely anyway and took off into the night. John managed to find a phone and call for help, and that’s really where his life took a turn.

“They thought maybe I had a head injury because I couldn’t stand up. They ran a bunch of tests, and eventually I was diagnosed with SMA type 3,” he remembers (that’s the same condition Stephen Hawking had). 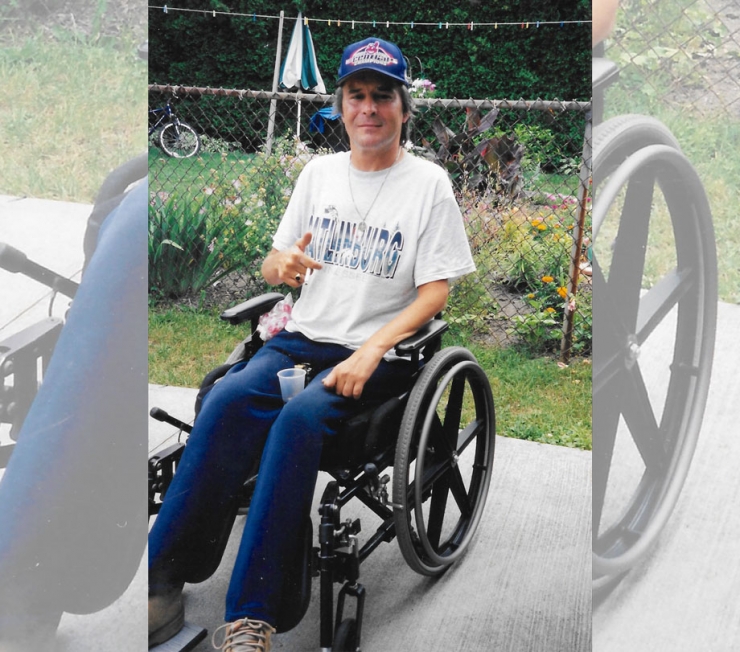 Doctors told John he would be confined to a wheelchair sooner rather than later, and he likely wouldn’t live past 40.

Can you imagine? You’re 19, have your whole life ahead of you (or so you thought), and then you’re told it’s practically over. John was not optimistic. In fact, he was forming a backup plan for when his condition really went downhill. But then, he met a girl.

“I was outside a convenience store,” he said smiling, “and she asked me to buy her some beer – she was too young to get it herself. I told her yes, but she had to give me two of them. We’ve been married 36 years.” 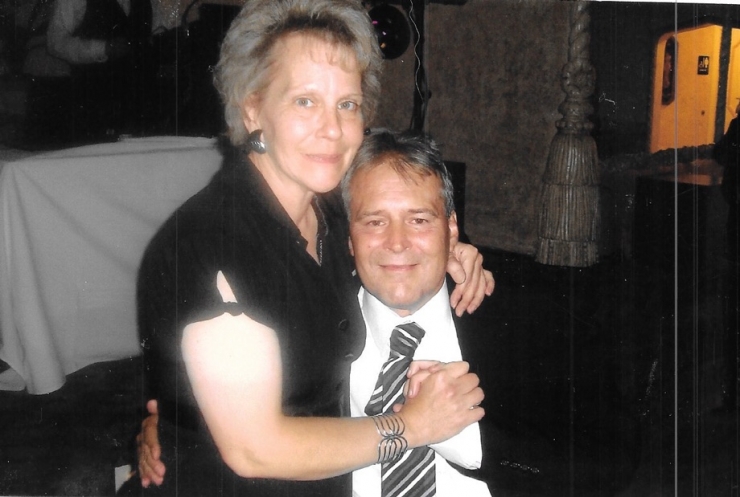 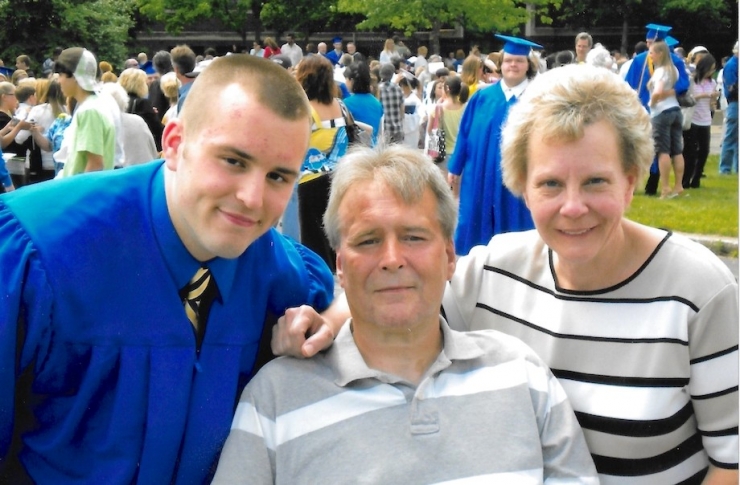 John and his wife Marilyn have seen their share of ups and downs, including the tragic death of their 24-year-old son last year, and lately, it seems like life has been more down than up. Earlier this year, John’s insurance stopped paying for his home health aide, so all of his care now falls on his wife. She gets him in his wheelchair before she leaves for work, he stays in the chair all day, and she cares for him when she gets home at night. 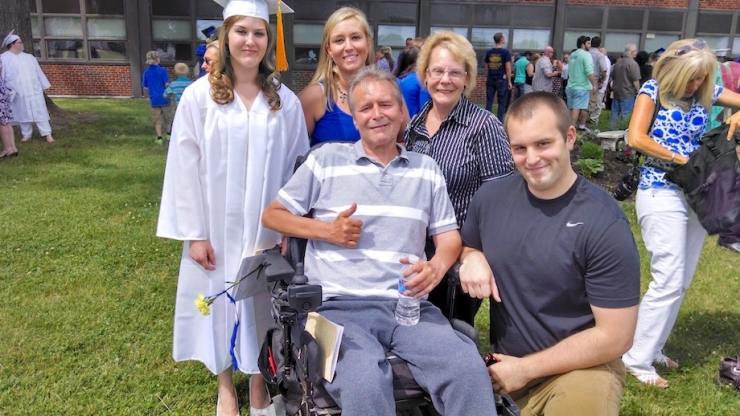 To make things worse, the powerchair John’s had for nine years no longer holds a charge, so more often than not, he can’t even use the chair and doesn’t make it out of bed at all. He hasn’t been anywhere other than his doctor’s office in more than a year. 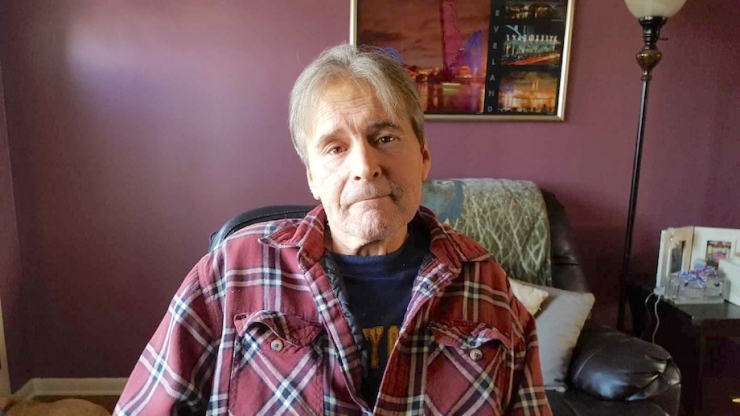 Which brings us back to that phone call. John’s daughter reached out to us for help funding a new powerchair for her dad. His insurance will pay for most of it, but the balance is more than they can afford, so he just stays home while they’re saving up.

Supporting the underdogs is what Chive Charities is known for, so we assumed it would be your standard issue recipient call. When we realized it would take more than a proverbial handshake to restore John’s faith in humanity, Angie called an audible and paid the balance on John’s chair ahead of schedule so he wouldn’t have to wait any longer. 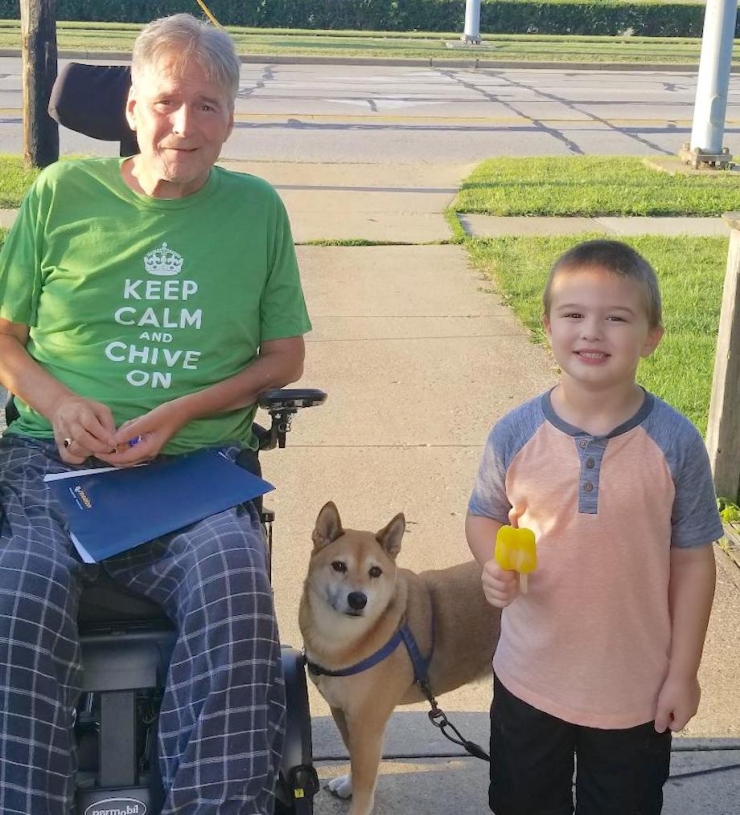 “I set a goal of going just one place this year,” John said. “And now, I can go anywhere. I can’t wait to go to church, go to the store, maybe to an Indians game – I haven’t been to a ball game in so long.”

We’re so happy John is back out in the world, enjoying the freedom he deserves, and we sure hope he makes it to an Indians game this season! YOU can help more good folks keep their independence by becoming a Chive Charities monthly donor right HERE. 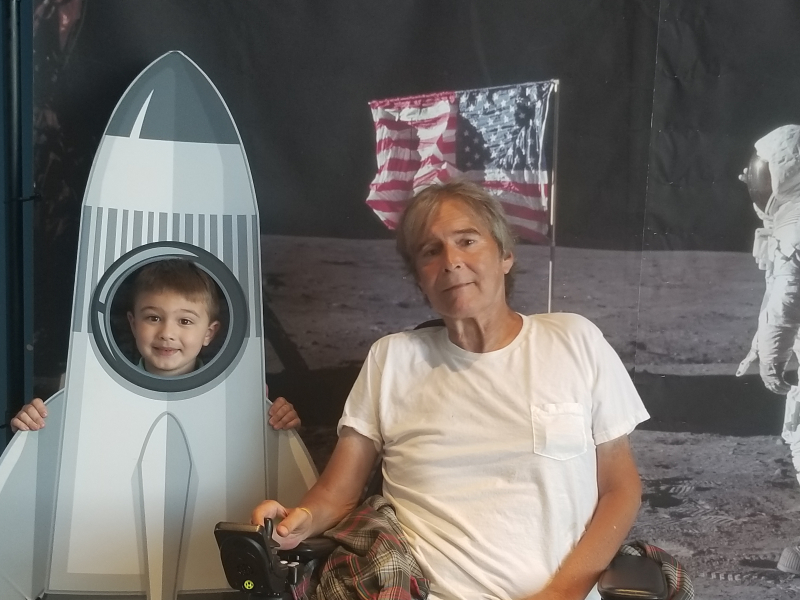