Have you ever had a feeling in your gut that you just can’t shake? Have you ever known something to be true, even while you prayed that it wasn’t? Known you were right but told you were wrong? Wanted to be wrong? 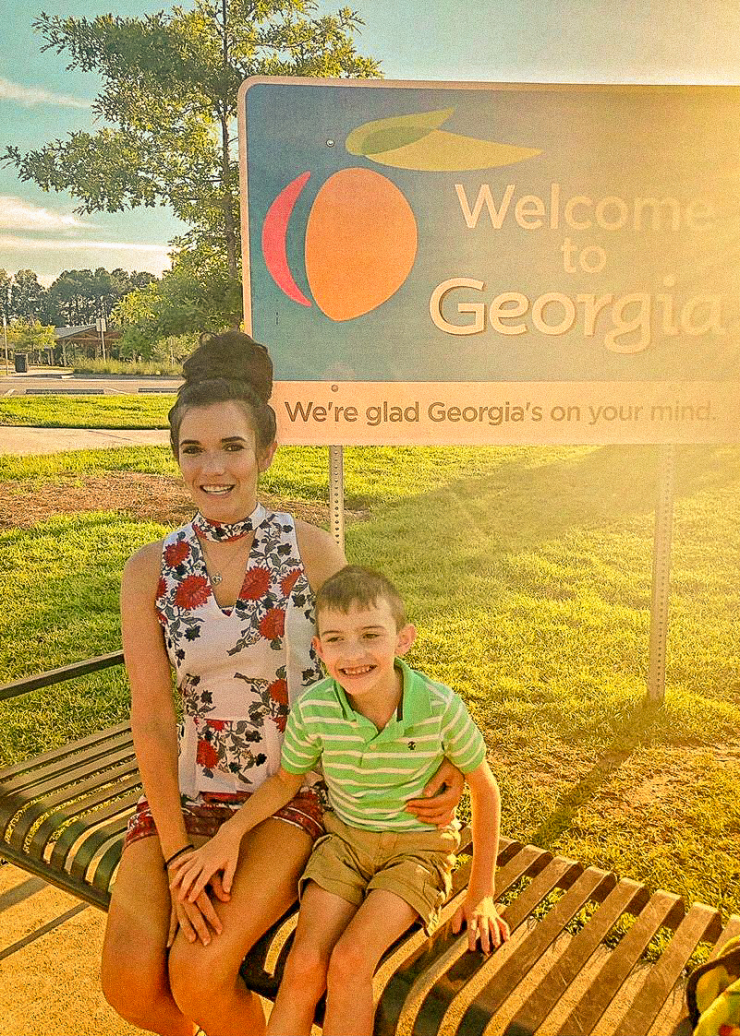 At some point in our lives, we’ve all been asked to trust our instincts. That’s easier said than done, especially when your instincts are pointing to something that could change your life forever.

One year after a completely average, typical pregnancy and delivery, Jessica was watching her infant son, Seth, struggle to walk and felt that familiar pull in her stomach that told her something was wrong. Call it a mother’s intuition...she knew. 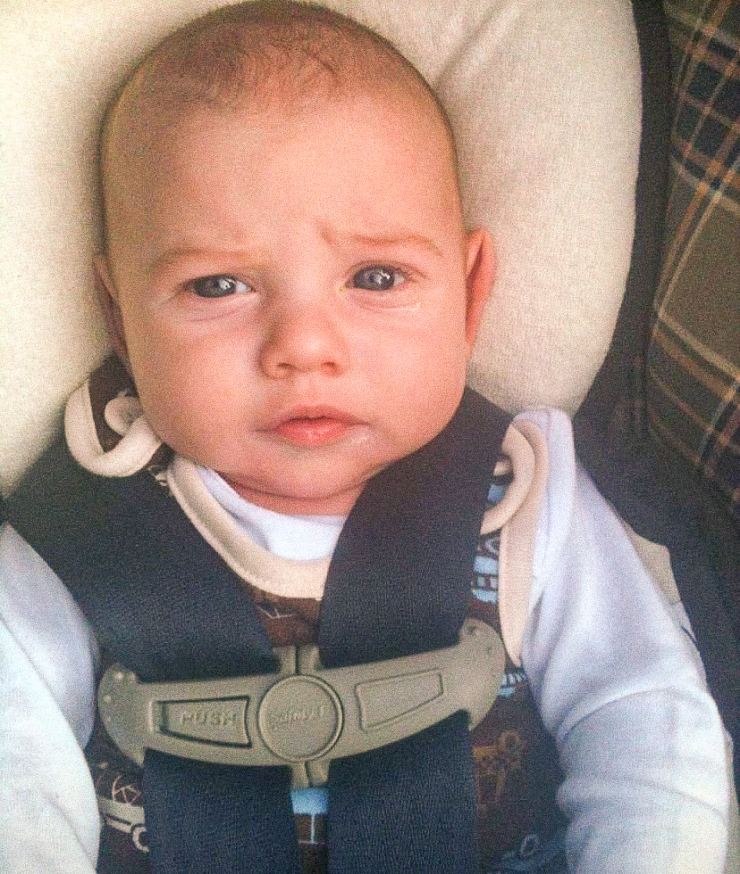 “Seth was a very healthy and happy baby, and everything was perfect — or so I thought,“ Jessica told us. “He was hitting all of his milestones, until around the time he was a year old. I started noticing some spastic movement and regressions, and I just knew something was wrong.” 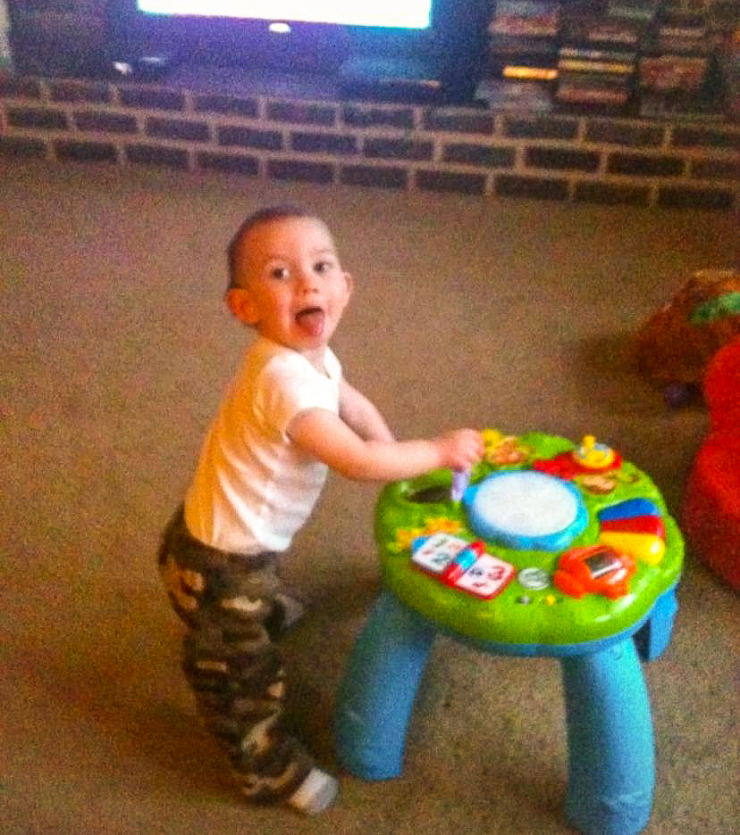 As most parents would, Jessica initially tried to chalk up any delays or missed milestones to Seth developing at his own pace, on his own schedule.

Yes, he had stopped pulling up on his own and trying to cruise around the furniture, and yes, he had started to walk on his toes and hyperextend his legs, but that didn’t mean it was something serious, did it? He was still her happy and healthy baby, wasn’t he? 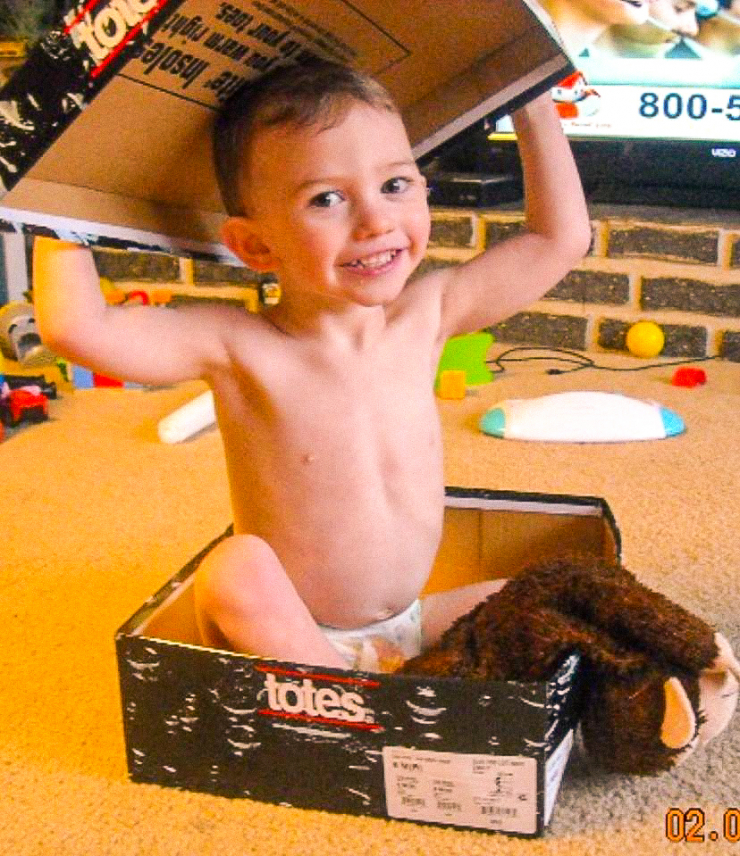 But yet, her instincts nagged at her.

“At first I didn’t think it was that serious,” Jessica said. “Once I started taking him to doctors, they all told me to give him time. One said it could be Cerebral Palsy, but I truly had a near-perfect pregnancy and delivery, so that just didn’t make sense to me.”

“I just kept researching. Even that was really hard because we’re from such a small town. I needed referrals just to get him out-of-state care. I started calling hospitals and asking what I needed to do to take him to see them.” 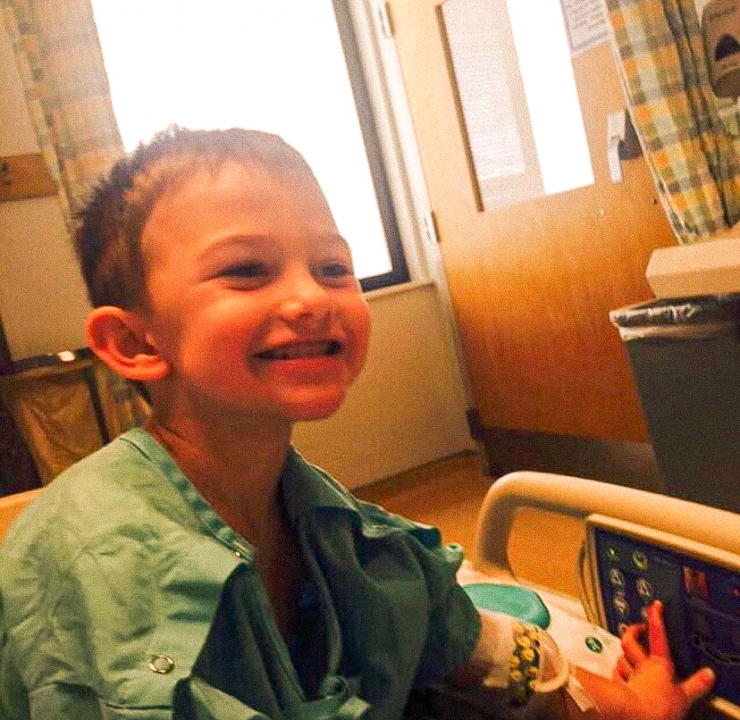 Still, even leading specialists and nationally-ranked children’s hospitals in multiple states were baffled. Finally, one doctor suggested that it could be something genetic.

“I told the doctors, ‘I think I know what’s wrong with Seth.’ It was so rare, though, none of the specialists thought that’s what he actually had.” 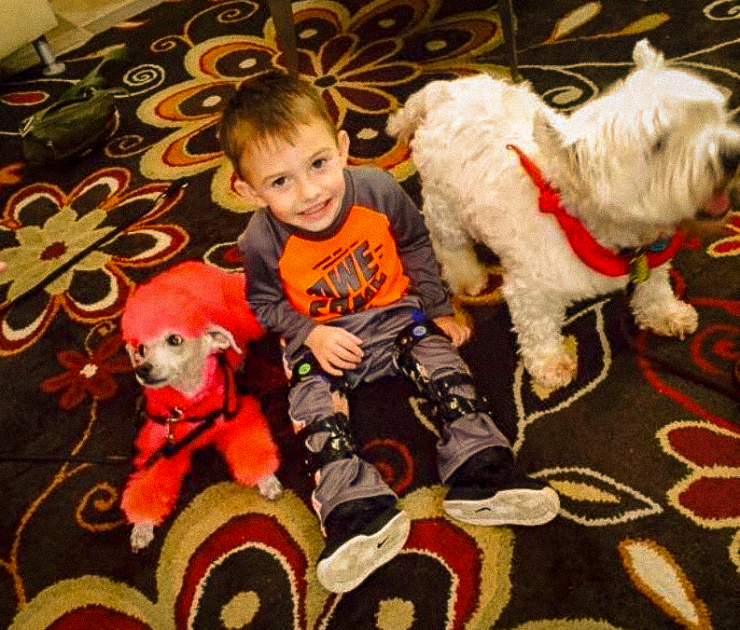 Meanwhile, Seth was growing up. At this point, he was nearing his fourth birthday, and those slight behaviors Jessica noticed nearly three years ago were more prevalent now. But then, so was his personality.

Seth is a snow-fort-building, tractor-loving, motorcycle-riding boy with a penchant for all things Teenage Mutant Ninja Turtles (if you make him pick, Leonardo holds the top spot). 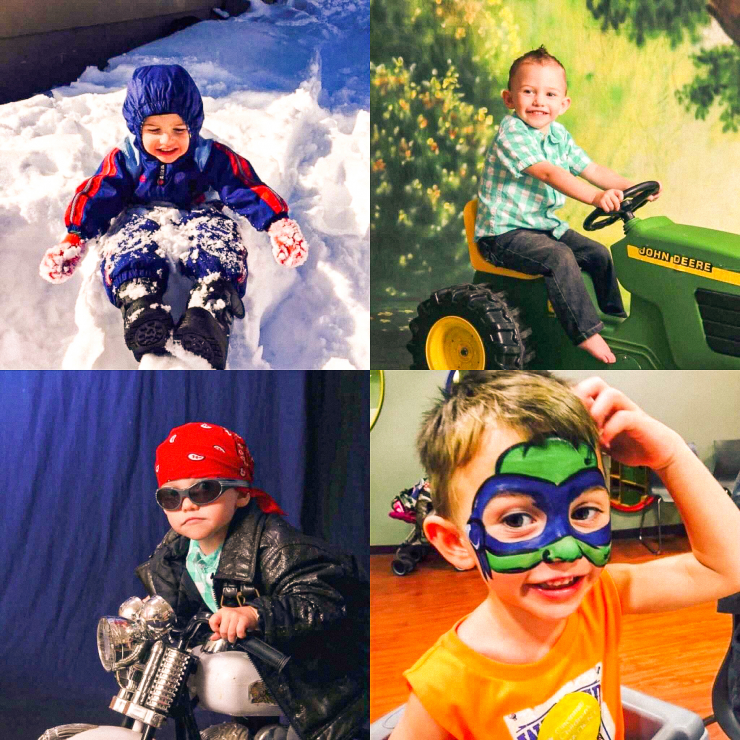 It’s fitting that he loves TMNT so much. Just like them, he’s a hero in a half-shell, too. Seth has never met a stranger and is beloved by everyone who knows him. It probably has a little something to do with that smile. Or the hair. Or the impeccable fashion sense. 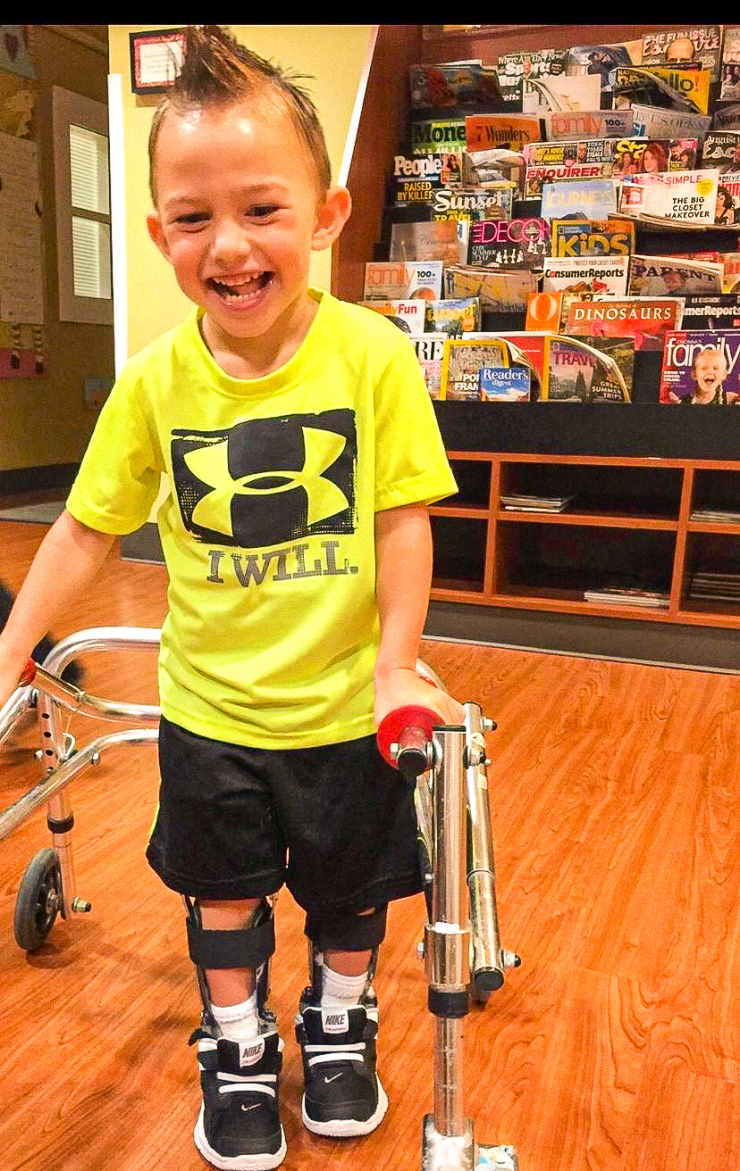 Whatever it is, he’s a great kid with an endearing personality. And thankfully, he has a mom who would do anything to help him. After years of searching for answers, her perseverance and advocacy paid off.

H-ABC Leukodystrophy is a rare genetic disorder that progressively damages the nervous system. And while it’s a terminal disease, Seth’s is not progressing at this time. He’s 1-of-150 people in the world who have been diagnosed with it, and each case looks a little different from the others. 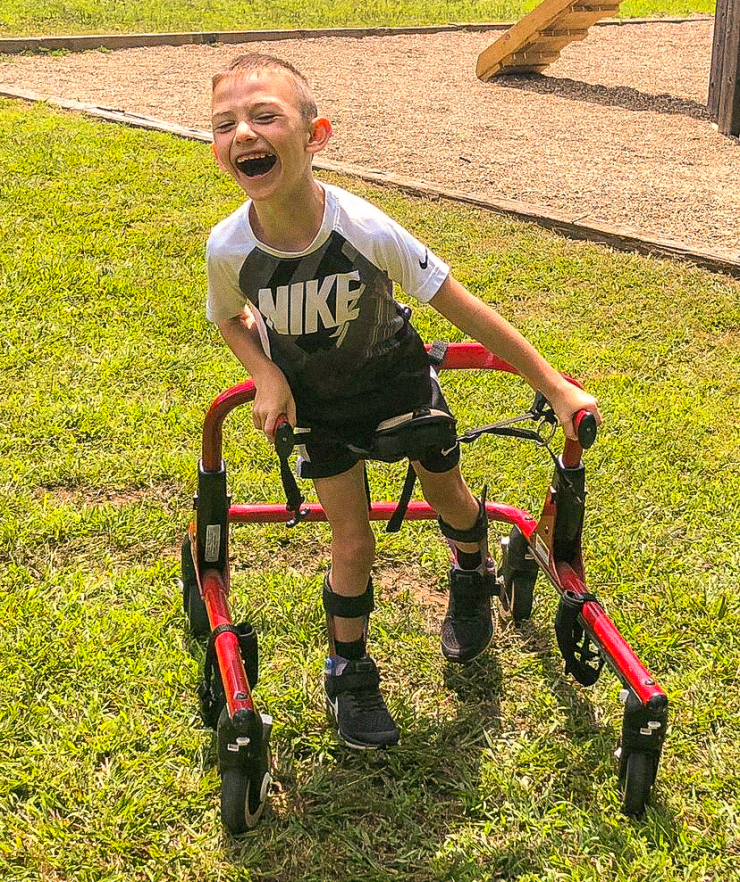 After his diagnosis, Jessica was reeling. She knew in her heart that this was the answer to her questions, but that didn’t make it easier to understand. She realized that no matter how much she tried, she couldn’t make this better for him. How long would he live? What would his quality of life look like? How would he experience life? It was that last question that she felt she could control, and Jessica did everything in her power to keep Seth’s life as normal as possible.

If he loved playing basketball, she would put him on her shoulders so he could shoot hoops. 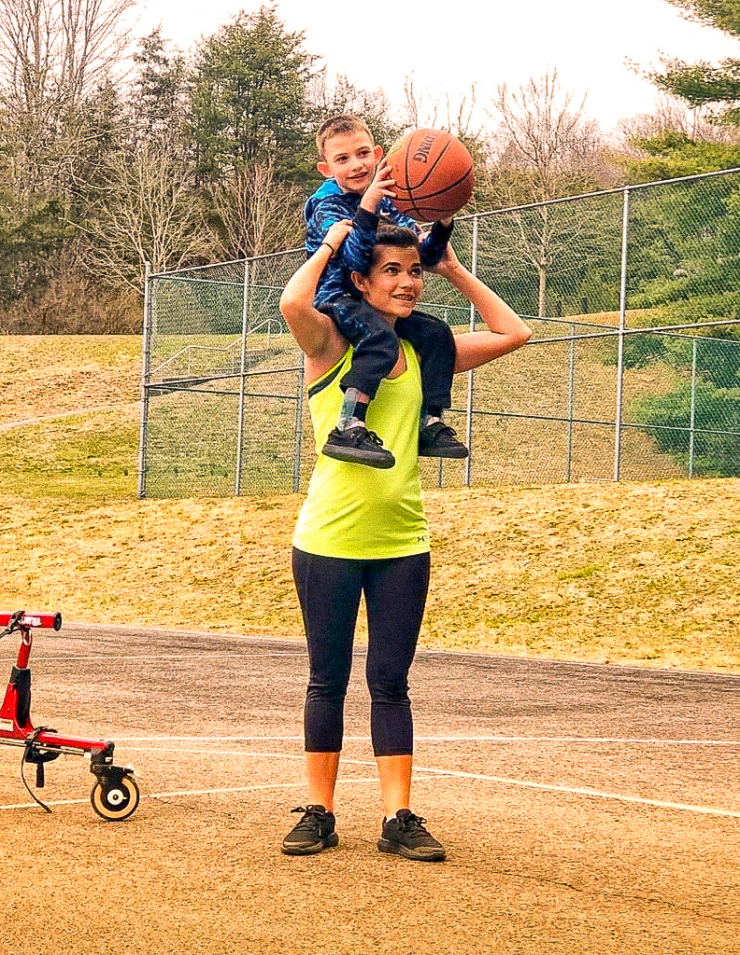 If he wanted to play baseball, she would find a special needs team for him and be right by his side, cheering him on. 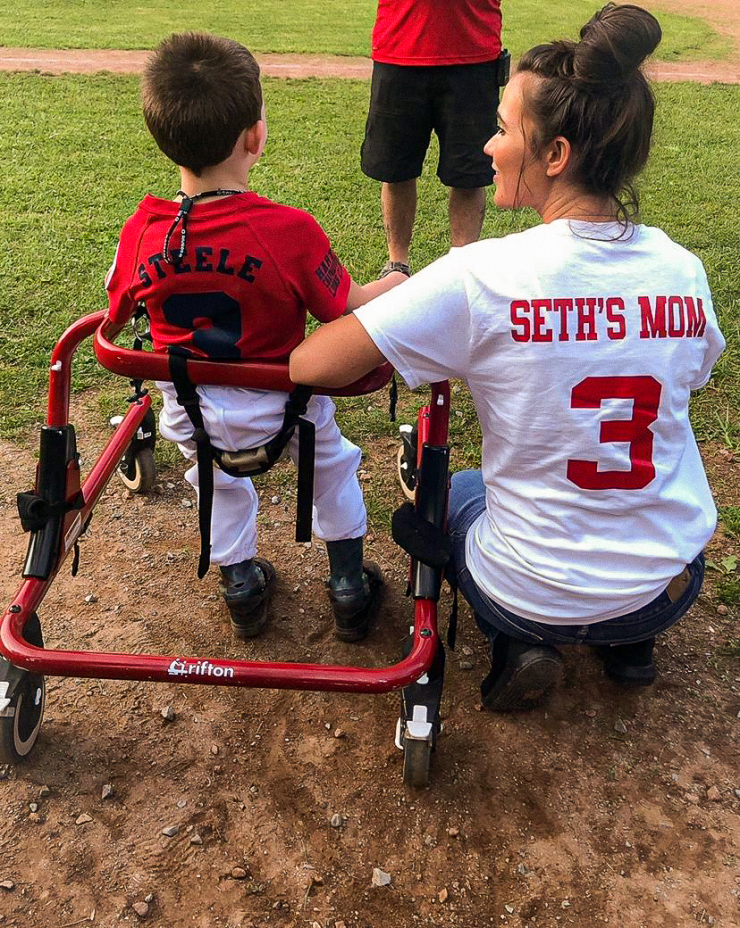 If it was for Seth, Jessica was on it. That’s why when his mobility started to become a bigger issue, she got him a power wheelchair.

It’s been really great for Seth and having the freedom and independence to go where he wants to go, when he wants to go there, has been huge. It’s just that transporting the power chair is a challenge in itself.

Jessica is a single mom who, frankly, has enough on her plate without needing to worry about how to get Seth from A to B. They already drive nearly 10 hours from their home to his specialists at Children’s Hospital of Philadelphia — at least they could be comfortable while doing it. And while we’re talking home states, they’re from the Wild Wonderful West Virginia, which makes Seth our very first recipient from WV, crossing one more off the list on our Freeway to 50. 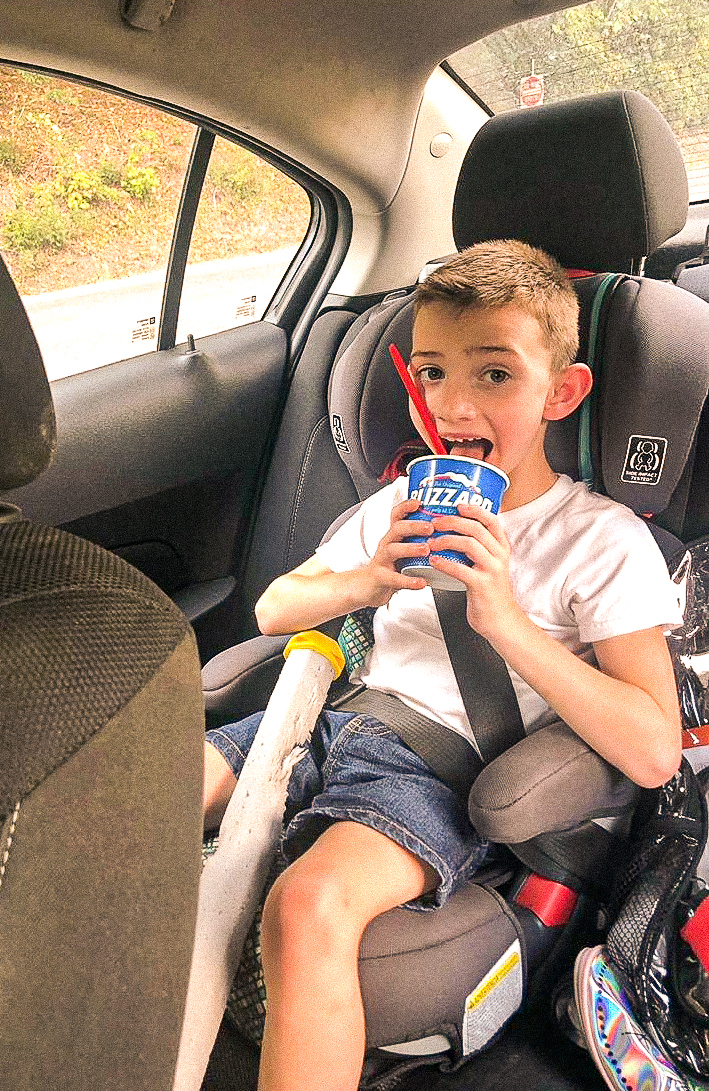 So, when Chive Charities heard Seth and Jessica’s story, our gut instinct started pulling on us. We knew we needed to do whatever it took to get them the help they needed. Thankfully, like Seth, we have people who are always watching out for us, too: our donors.

With their support, we got Seth a 2019 Toyota Sienna from our friends and partners at AMS Vans for a total impact of $41,320.74. As Seth would say, that deserves a ‘Cowabunga!’ 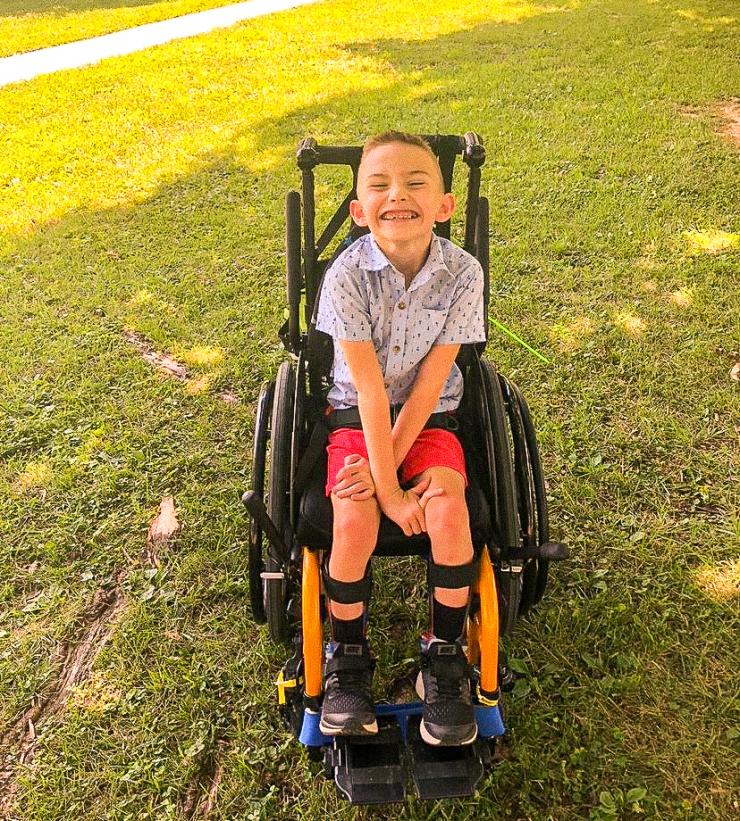 While Seth’s future prognosis is unclear, one thing is not — he has more than his mom standing behind him now. He has an entire network of Chive Charities supporters who’ll be there for him whenever he needs...his own heroes in a half-shell.

Our gut instinct told us to step in and help. If yours is doing the same, consider becoming a Chive Charities monthly donor for as little as $5 each month. After all, we could always use more heroes. DONATE HERE.