The greatest team ever assembled

What comes to mind when you think of a dream team?

Maybe it’s the “Miracle on Ice’’ and the U.S. Hockey team versus the Soviet Union. Or maybe it’s the Magnificent Seven - the 1996 U.S. Women’s Olympic Gymnasts. Instead, maybe it’s one of the most cited of them all, the 1992 Olympic Dream Team with Jordan, Magic, Bird, Barkley…you know the rest.

Whichever team comes to mind, the feeling about them is likely the same. It’s a team operating at the highest level, unequivocally among the best of the best.

When you think of it that way, we have another team to consider: Wes, Sarah, Asher, Nolan, and Caleb Wood. They haven’t won an Olympic gold medal (at least not yet). But do they operate at the highest level? Are they unequivocally among the best of the best? You better believe it. 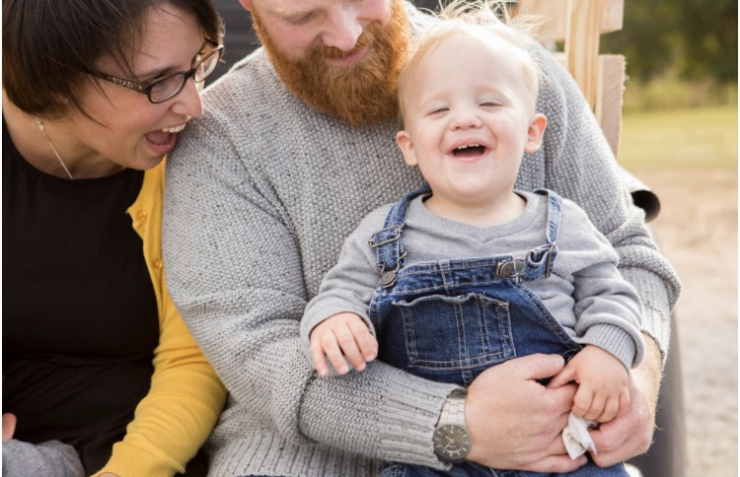 It starts with Wes and Sarah. When their youngest son was born, Caleb, he developed like a typical infant until right around the age of six months.

“We noticed he wasn’t hitting milestones the way kids his age should be able to do,” Sarah explained. “And we were more aware of his development because his older brother also has special needs. We were optimistic because his brother’s developmental delays turned out to be mild autism - but our optimism faded when we realized that Caleb’s needs were much more severe.”

The dream team was formed, ready to conquer anything and everything that might come their way. 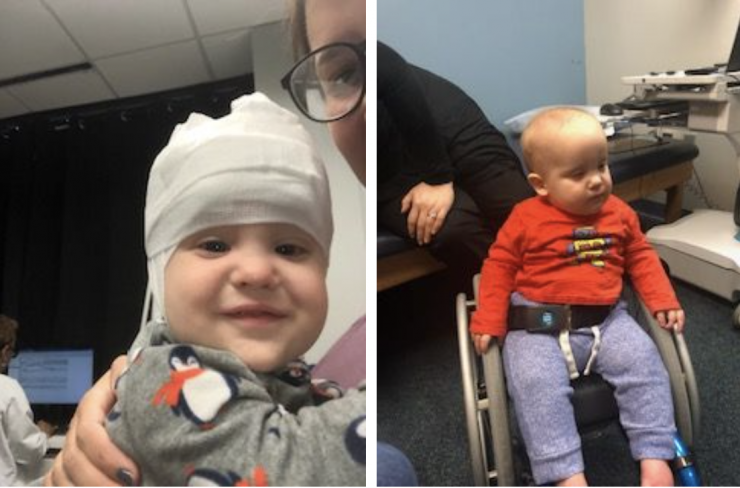 This team’s relationship - their complete and total respect and reliance on each other - has been invaluable. Without it, they never could have handled what came their way, dream team or not.

“Caleb is what our neurologist calls a ‘rainbow, unicorn, zebra,’” Sarah told us. “In the medical field, a rare kid is a zebra. Caleb is very medically complex and, despite lots of testing, they haven’t been unable to figure out a diagnosis that answers all of the questions.”

Suffice it to say, there was no playbook ready for how to best support Caleb and his needs. He has been diagnosed with congenital muscular dystrophy, but it’s a new type (based on genetics) and doctors are still trying to determine what it means for his prognosis.

His specialists, of which there are many, believe he has an undiagnosed neuromuscular disorder. He is truly one of a kind - a rainbow, unicorn, zebra. 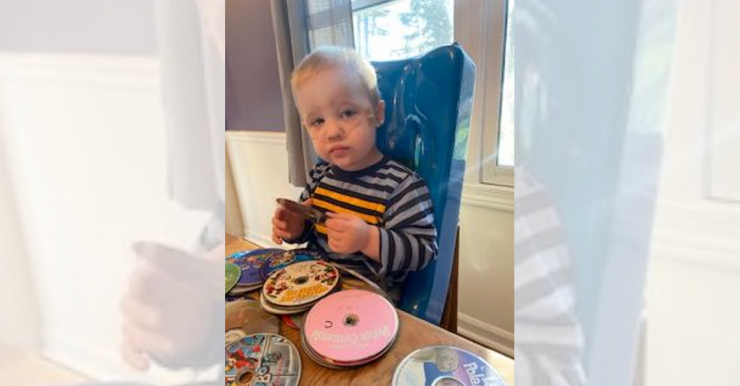 “But truthfully,” Sarah explained, “the most difficult part of caring for Caleb isn’t the unknowns surrounding his diagnosis - it’s his self-injurious behavior.”

Since he was seven months old, Caleb has slammed his head into the floor, punched himself in the face, and even bitten himself, all for unknown reasons. 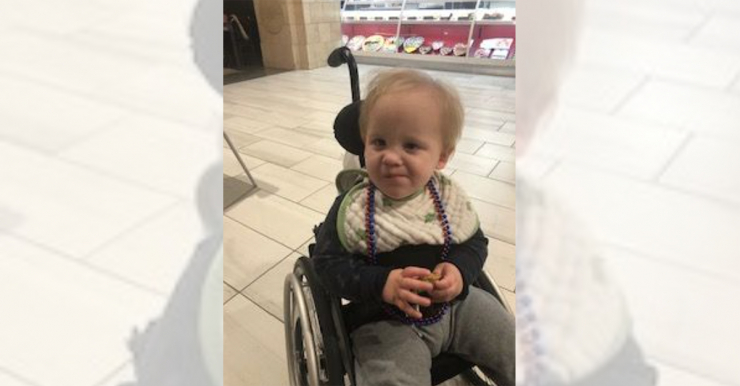 “Worst of all,” she tearfully said, “he can’t communicate what’s causing him pain or what he needs for us to fix it. To watch your child hurt himself and to deal with the inability to know why is the hardest thing that we do.”

“It is beyond heartbreaking to watch this day after day...to not know how to help your child.” 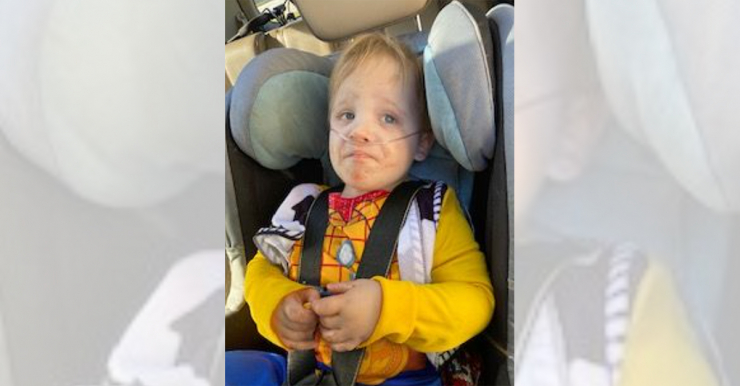 When you feel helpless, or scared, or unsure, where do you turn? Sarah and Wes had each other, but they knew they couldn’t do this alone. They joined a Facebook group for kids with special needs and happened upon another dynamic duo that you might remember: Kelly and DJ Satter. 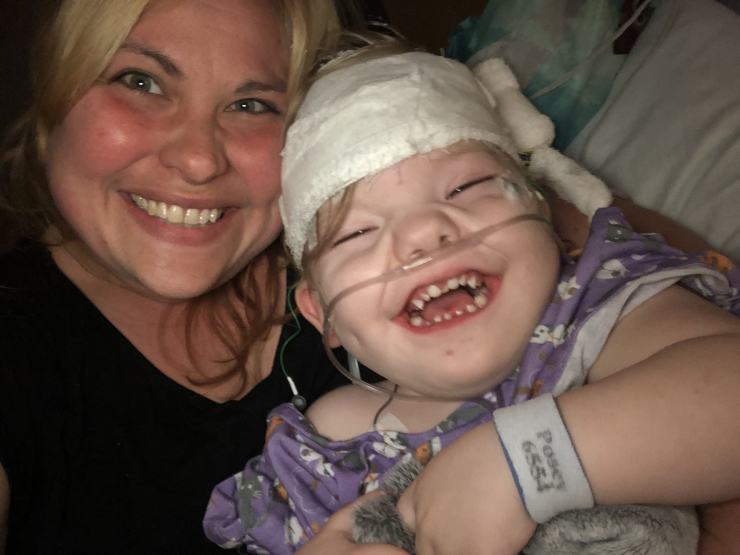 Last fall, DJ was battling for his life in the children’s ICU and we were all holding our breath and silently cheering him along in his fight. Thankfully, miraculously, he overcame all odds and made a full recovery just in time to begin enjoying his brand new wheelchair-accessible van from our Chive Charities donor family.

After connecting online, Kelly and Sarah realized their sons had a lot of similarities and were both struggling with complex medical needs. They also realized that while they had impressive teams of their own, they could use the support of one more.

So naturally, they looked to Chive Charities and our ultimate Dream Team of donors. Lake Placid, Atlanta, and Barcelona were all hosts to some pretty incredible feats. But they don’t have anything on Austin, TX and the headquarters of making the world 10% happier. 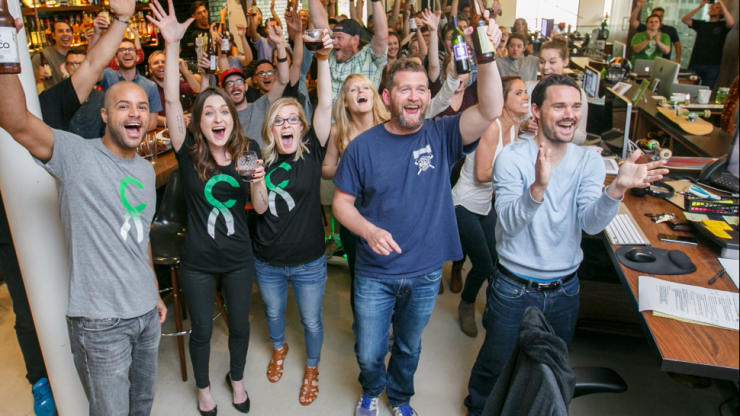 We helped Kelly and DJ secure a much-needed wheelchair-accessible van, so when Sarah asked about getting help, Kelly knew right where to send her. If they gave out gold medals for life-changing grants, Chive Charities would be the undisputed champs. That’s all because of ardent supporters like you who step in and show up when it matters the most - when you show up for who matters most: 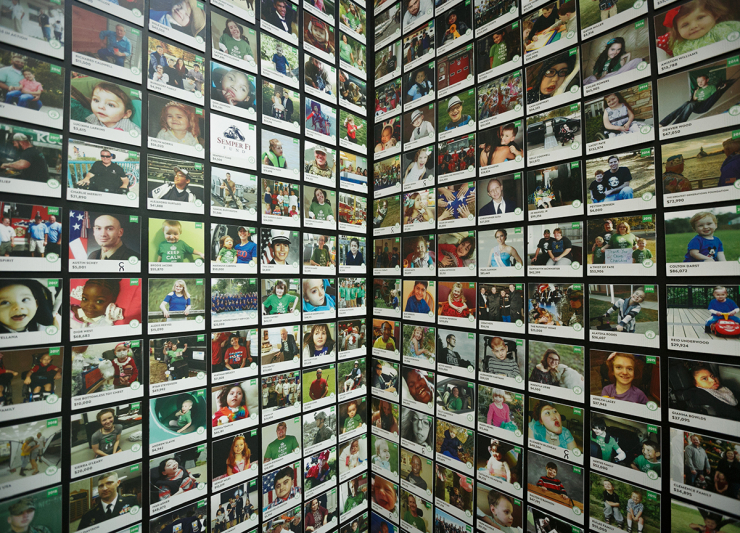 Caleb has one of the best teams behind him. Since the day he was born, his family has been right there with him every step of the way, celebrating his highs and pulling him up from the lows. They’ve watched him laugh at Mickey Mouse, giggle when being tickled, and come through the other side of his pain to make eye contact and connect with them. That’s better than any trophy out there. 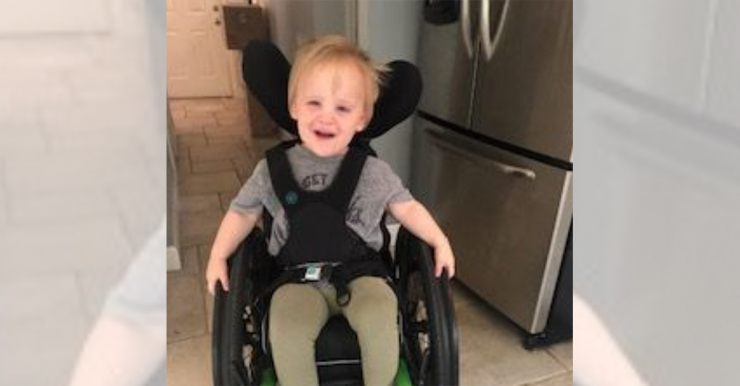 His team of believers is so good, they knew when to ask for help and not try to go it alone.

Thanks to a referral from Kelly and DJ, the Wood family found Chive Charities and requested a postural seating system as a soft, safe, and supportive space for Caleb to sit and interact with family, along with a wheelchair-accessible van to help them transport him safely and comfortably. All in all, the total grant impact is $50,209. 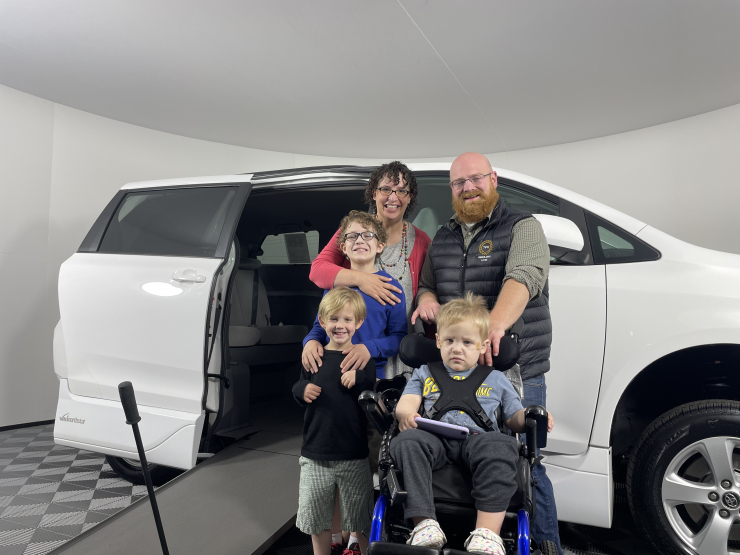 We know we asked more of our incredible donor community this time around, but once again, you came together and got it done. With the help of our monthly donors and the Green Ribbon Fund, we added another tally to the scoreboard, more lives forever changed.

Once again, our Chive Charities donors operated at the highest level, unequivocally among the best of the best, as only the greatest teams can do.

Now, we’re asking you to come and be part of it. Whether it’s $5/month or $500, you can rest easy knowing that your contribution will directly benefit a veteran, first responder, or rare medical recipient in need. If you’re looking for the greatest team ever assembled, you just found it. Join our Dream Team and DONATE HERE.