You're the real MVP

If you’re reading this, you likely already know about the power of a community. Chive Charities and theCHIVE have some of the best and most ardent supporters out there. (We saw that proven again last week when we launched a campaign to create more impact for our veteran, first responder, and rare medical recipients - adding over 155 new donors to our community). 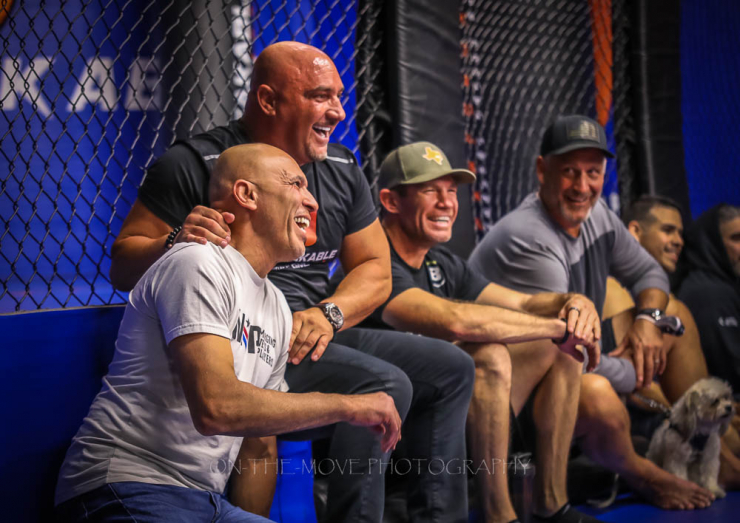 Being part of something bigger than yourself is what it’s all about, and knowing you have a group of people standing behind you who would never let you down...well, that’s difficult to replicate.

It’s something our nation’s veterans struggle with when their time in service ends. It’s easy to understand why. These are men and women who feel called to serve and who knowingly put their lives on the line to honor that calling. Often, they’re deployed overseas in hostile environments for months (if not years) at a time with only their fellow soldiers beside them. 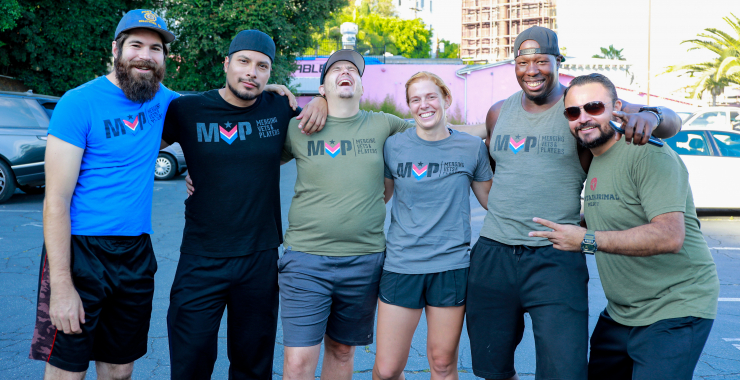 And then, faster than you can say “honorably discharged,” it’s over. The bond is still there, of course. But the camaraderie, the sense of teamwork, the understanding that you’re in this together? That’s tougher to hold on to.

U.S Army Green Beret Veteran and former NFL athlete Nate Boyer knows something about that. Living both lives as a vet and professional athlete, he brings years of paralleled experience in the loss of identity, purpose, and community. 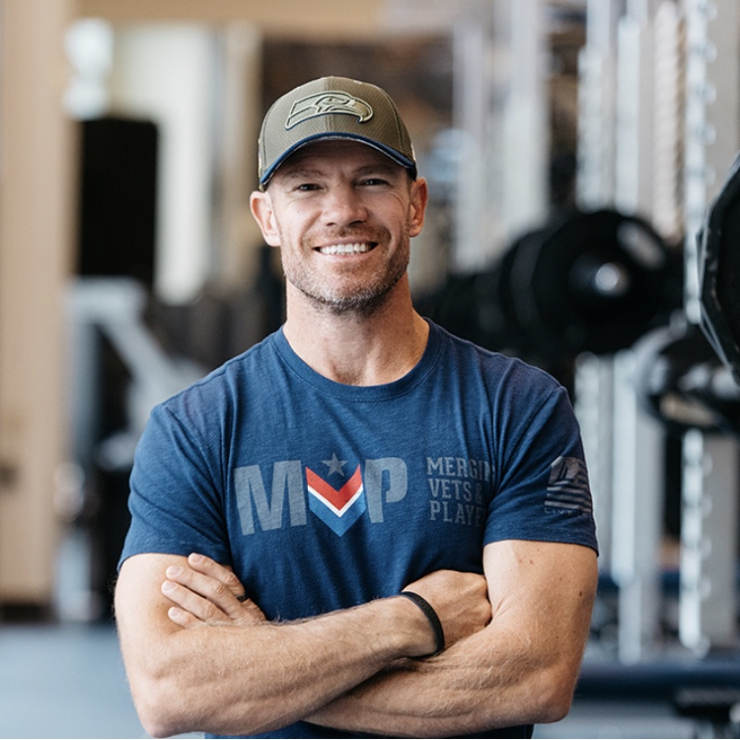 “After high school, I wasn’t really doing much with my life,” he told us. “And then 9/11 happened. That put me on a different trajectory and I started to think more globally.”

“I did a total of three deployments, but within that time, I decided to go back to college and play football,” he continued. “Using all the skills I learned in the military, I tried out for the team at the University of Texas (even though I had never played before) and I made it. I worked myself up the ladder there and eventually had an opportunity with the Seahawks.” 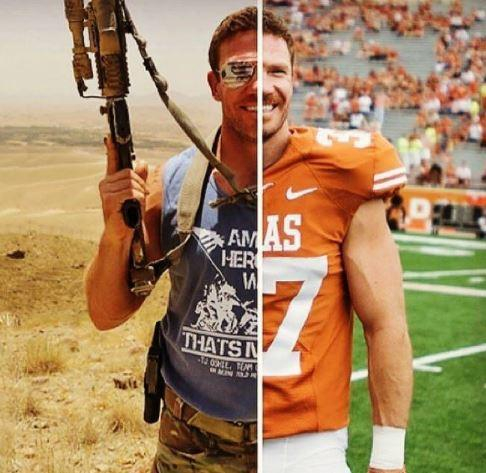 “I was actually really lucky,” Nate said. “My transition didn’t really happen until football was over. That was really hard for me. You feel inadequate, and you feel like you’ll never do anything as important as you did before. Those voices in your head just creep in and it’s a really difficult journey to navigate.”

Nate decided to do something about it. He had a conversation with FOX Sports NFL Insider Jay Glazer about the similarities in the struggle with the transition for combat vets and former professional athletes, and soon after, Merging Vets and Players (MVP) was born. 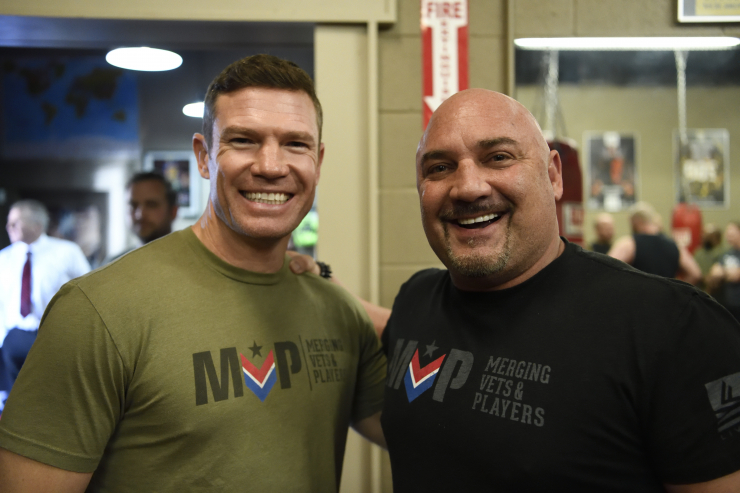 The MVP program brings former NFL players and military veterans together for a free weekly 45-minute workout session before switching into an informal peer-to-peer discussion called “The Huddle.” It truly empowers the two groups by connecting them after the uniform comes off, providing them with a new team to assist with the transition, promote personal development, and show them they are never alone.

It gives them a sense of community. And once again, unbreakable bonds form. Camaraderie is established. Lives are forever changed. 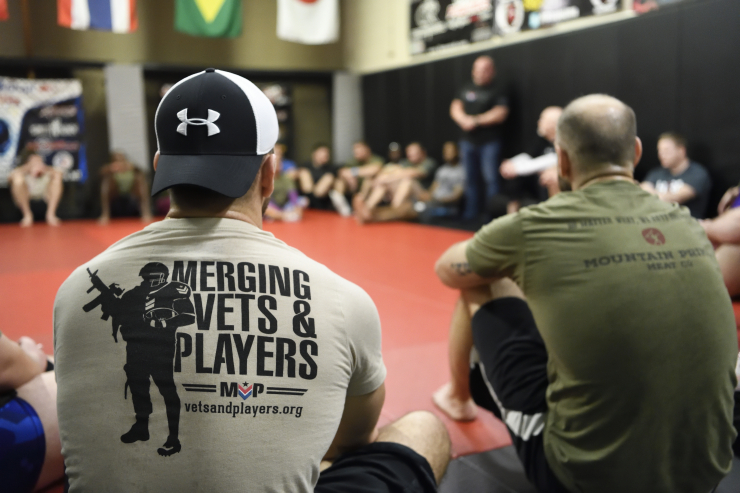 For two of the most at-risk populations - both former NFL players and U.S. military veterans (particularly those who served in the Afghanistan and Iraq wars) are at higher risk for suicide - that can’t be understated.

It’s a program that’s literally saving lives, and to date, MVP has served 1,305 combat veterans and 750 former professional athletes. With the help and support of Chive Charities and our own incredible community, they’re hoping to increase that number. 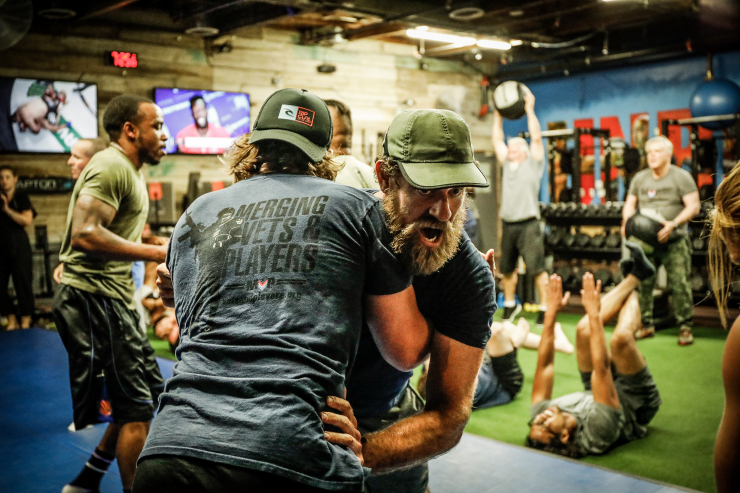 MVP has brick-and-mortar locations in Los Angeles, Atlanta, Las Vegas, Chicago, Seattle, and recently, New York City. When we learned more about them and their mission to support our veteran servicemen and women, we knew we had to bring our two communities together.

Thanks to our Green Ribbon Fund (which you can join HERE), Chive Charities and our dedicated donor family will sponsor 10 veterans for training sessions at the New York City facility for a total impact of $10,000. Perhaps even more importantly, we’ll help kick start a journey of healing for the people who deserve it the most. 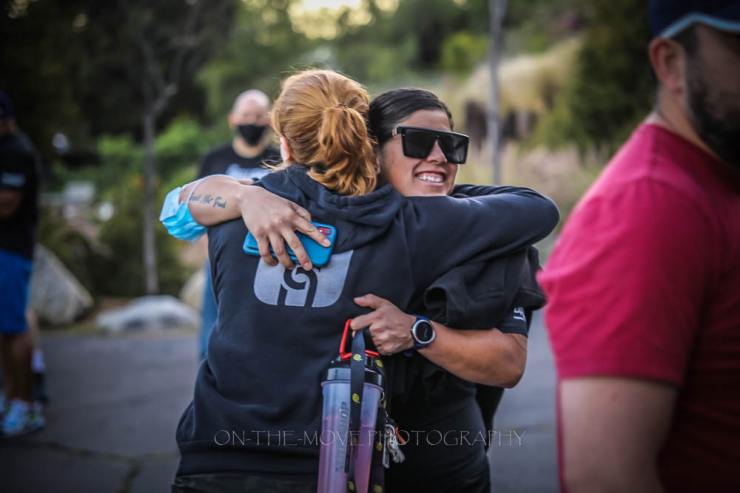 From the outside looking in, a workout program that partners combat veterans with former professional athletes can seem a little random. It’s not until you realize the similarities between the two that the concept just makes sense.

It’s challenging to rediscover your identity once the uniform is gone, to find purpose after the game plan has been actualized. MVP is making that possible for thousands of veterans and athletes across the country, and because of donors like you, they’re able to continue that mission and impact more lives.

The community is only getting bigger. 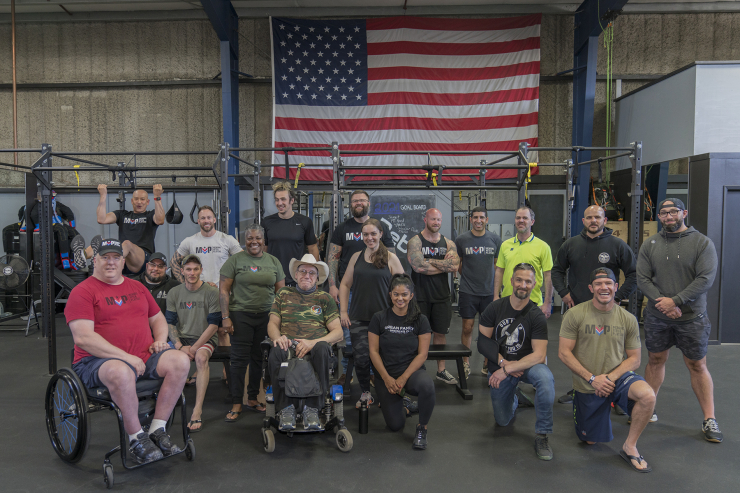 When we set out to serve the underserved way back in 2012, we couldn’t have known where the journey would take us. We still don’t know what’s ahead. But the one thing that’s remained constant is a community of people who will do whatever it takes to champion the underdogs.

Those $5, $10, $25, $100 monthly donations are the lifeblood of all that we do at Chive Charities. Those donations translate into real, life-changing grants for rare medical diagnosees, first responders, and veterans, and we’ve used them to impact over 450 lives and counting. Those donations take a list of recipients and turn them into the newest members of a community like no other. 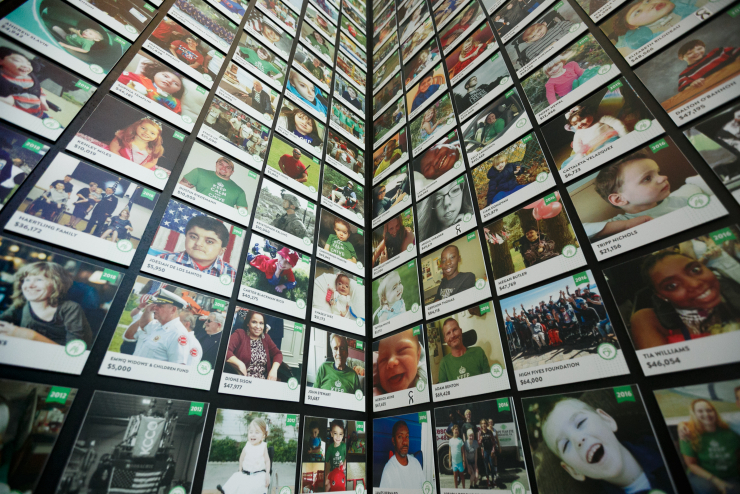 Ask Taylor Morris, Melissa Smith, Henry Flores, or Cole Garland - just to name a few -  what life looked like before and after they were introduced to Chive Charities. YOU did that. You continue to do that. And if you haven’t joined our donor family, yet...you have the chance to do that. DONATE HERE.

Chive Charities is committed to serving our veterans and their families. If you or someone you know is a veteran in need of a life-changing Chive Charities grant, please visit ChiveCharities.org/outreach/veterans to learn more and apply.