Only a truly exceptional person can motivate John to hop a train to Connecticut after many beers and few hours of sleep. 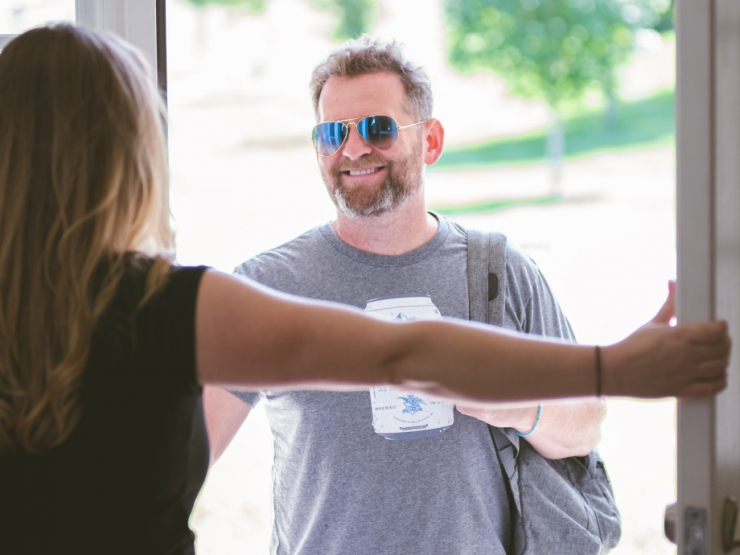 I always wanted to visit a Chive Charities recipient long after we helped them to show The Chivers how much their generosity had changed the recipients’ life. I was in New York the month of August and there was a recipient who lived in Connecticut I’d always wanted to meet, 5-time cancer survivor Amanda Garbatini. Months earlier Chive Charities purchased a prosthetic leg for Amanda after the one she had broke beyond repair. When I met Amanda she’d had the new prosthetic for a few months and I thought I’d check in.

I took the 8am train from Penn Station to Southington on Friday after a very late Thursday on the town with Drew Murray. Here I am, all bright n’ sunny. 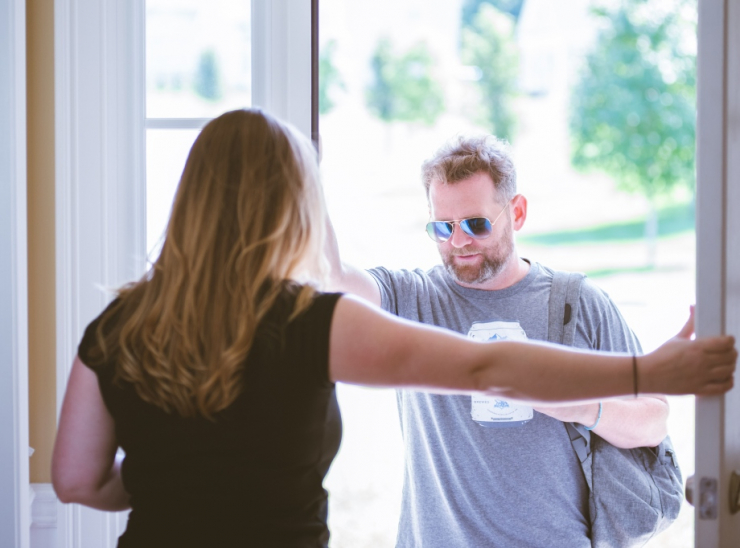 Ok this is how I really showed up at Amanda’s door – looking like a garbage bag of melted Crisco. Hey, I made it. I had a very good reason to wake up early. It had a lot to do with a letter from Amanda that found its way to my desk last December. It began: 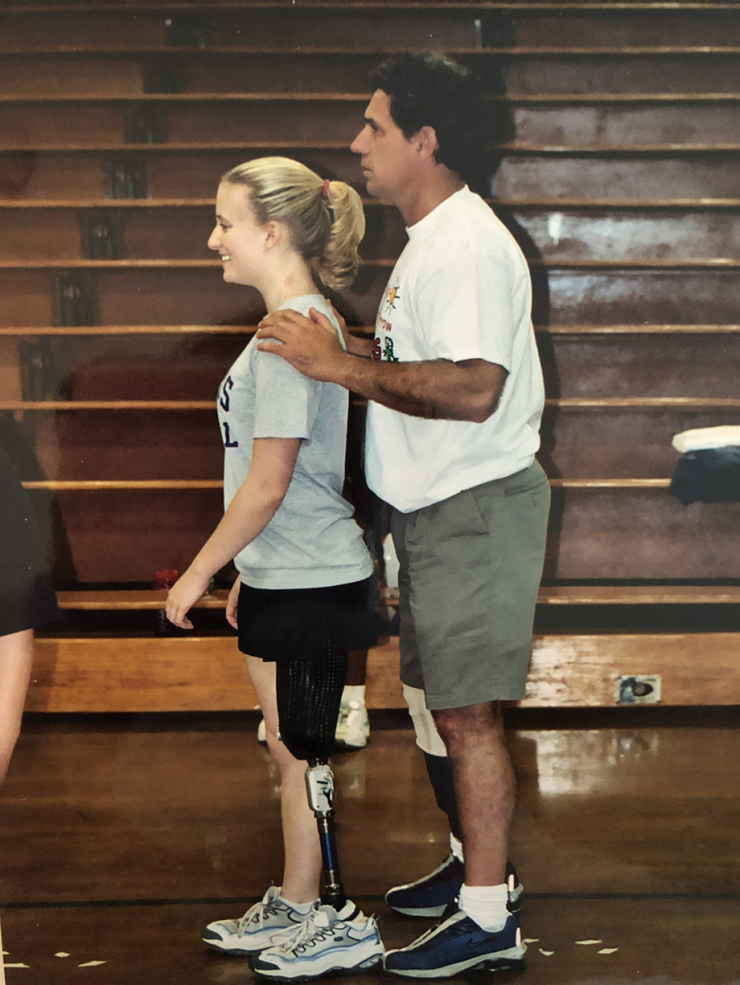 Amanda’s first battle with Cancer when she was 11 years-old cost Amanda her left leg. But it never stopped her and she never stopped smiling. 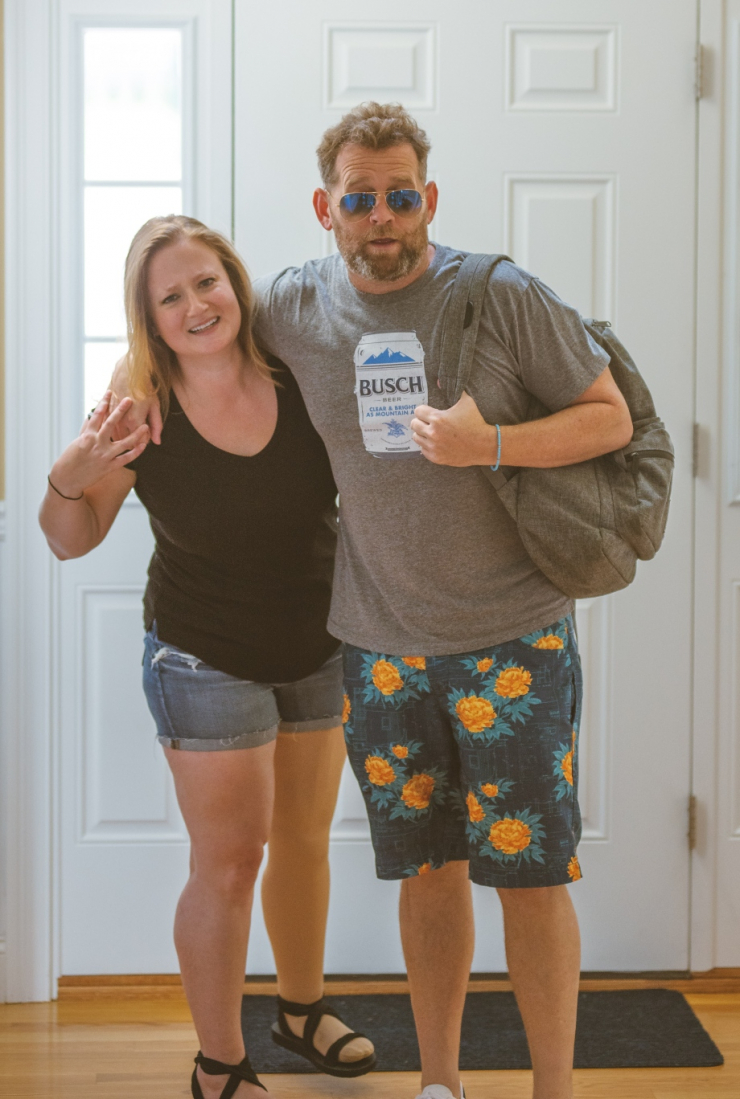 Except for maybe here I guess. This is basically a metaphor for my life, stronger women carrying me. And Amanda only has one good leg. But I wanted to see her house and this was the only way. 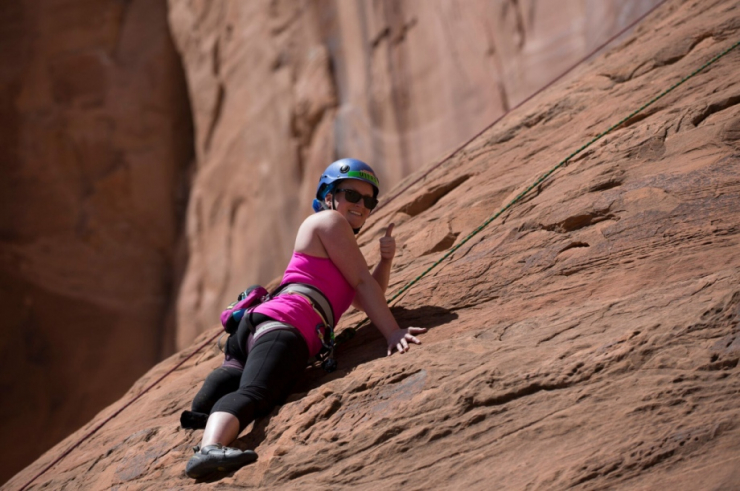 You see Amanda is stronger than I am. She’s a rock climber, endurance biker, and a yoga specialist. 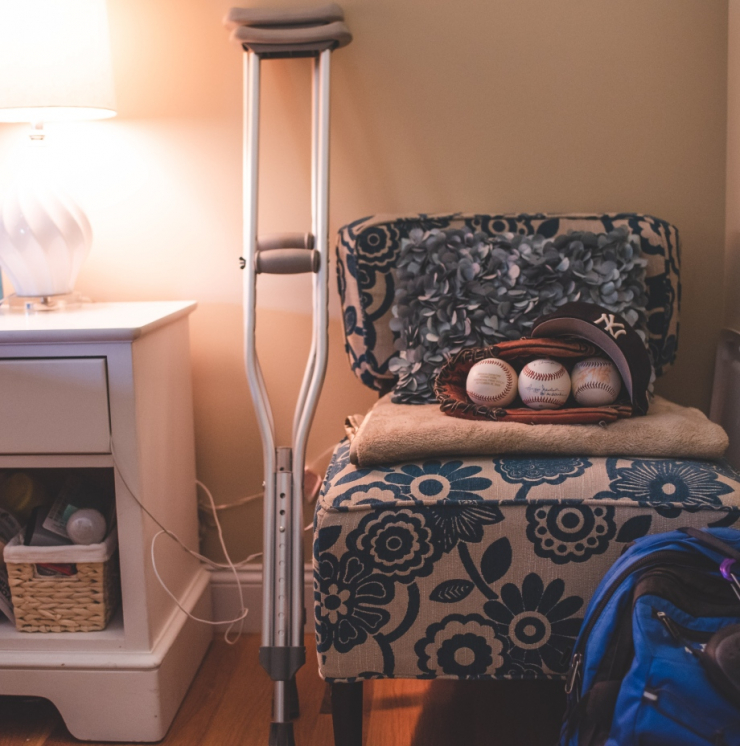 Amongst the many people who helped Amanda in her fight was Yankees’ first-baseman Tino Martinez, who would call Amanda before and after her many surgeries and chemo treatments. There were multiple balls and bats in her bedroom signed by Tino.

Where you see nostalgia, I see opportunity. 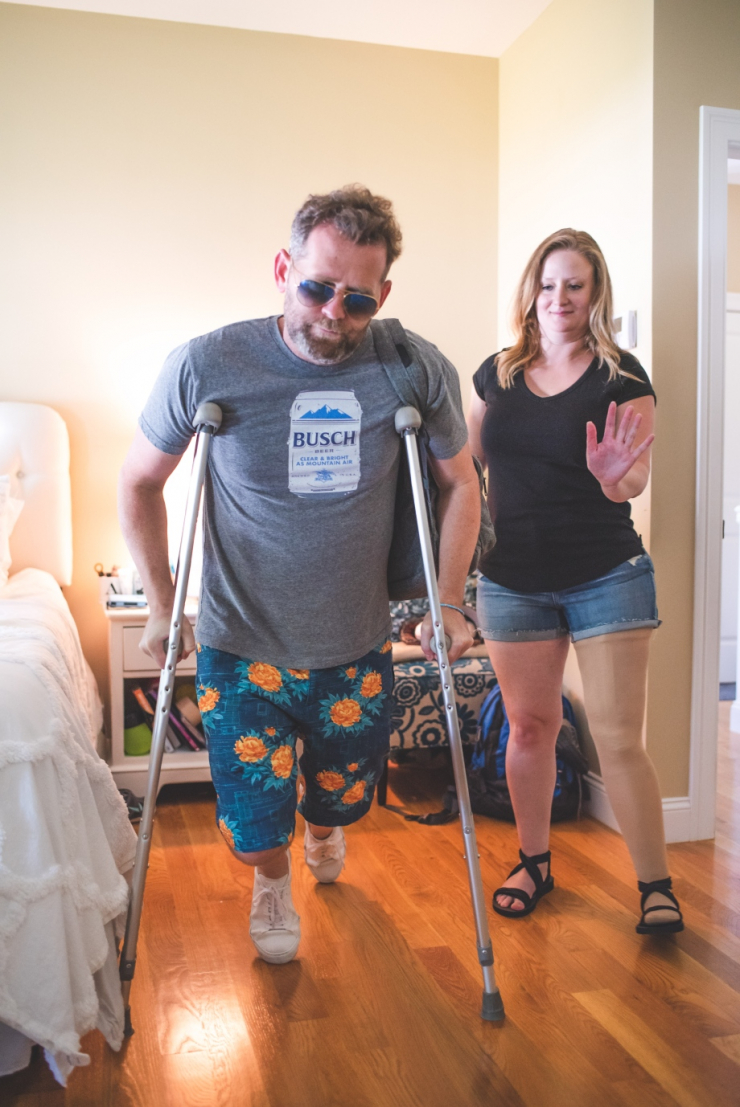 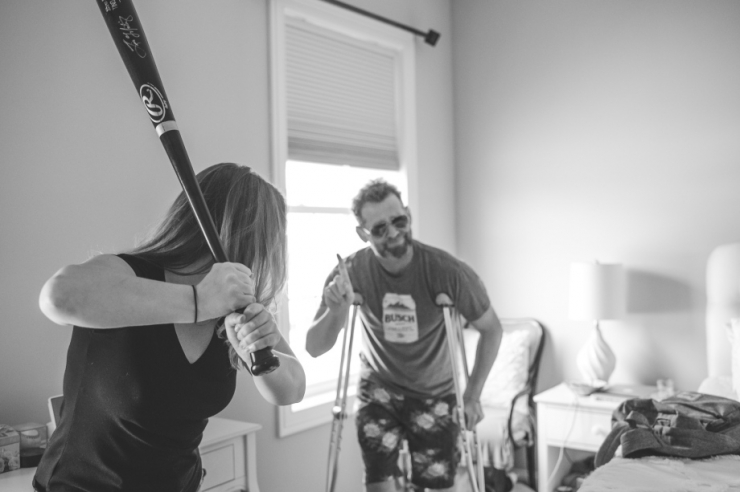 As you can probably tell, Amanda was gettin’ pretty tired of my antics, ya’ know? But then I told her, 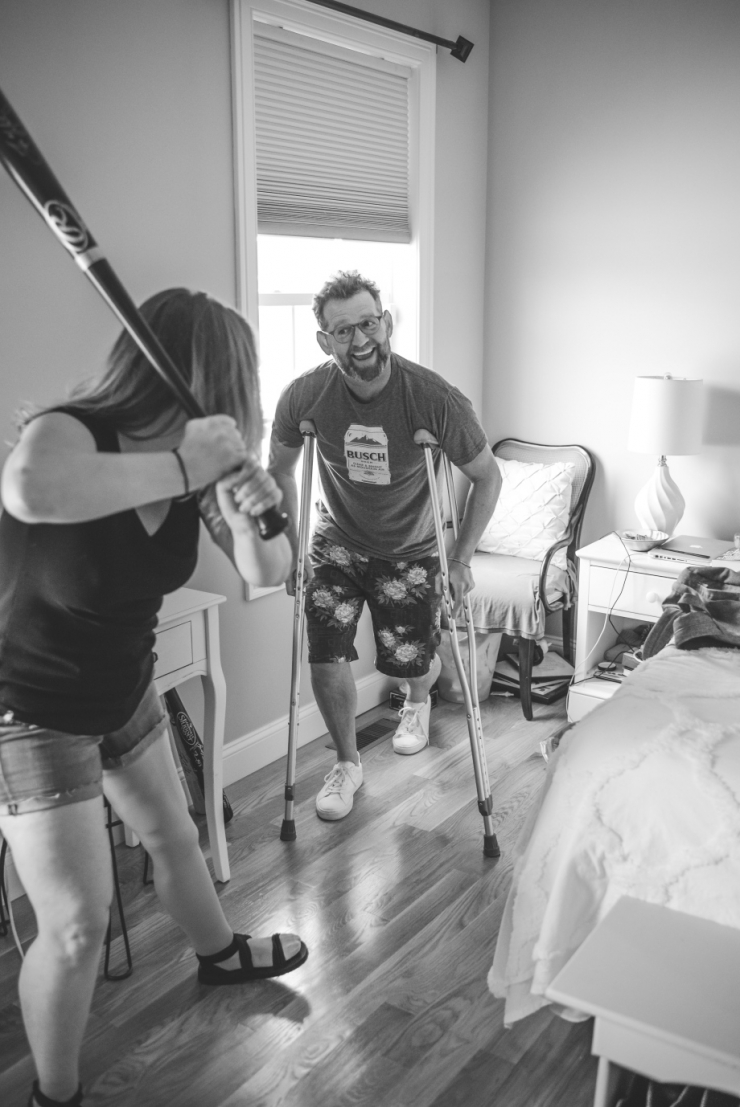 “You wouldn’t hit a guy in glasses would you?” 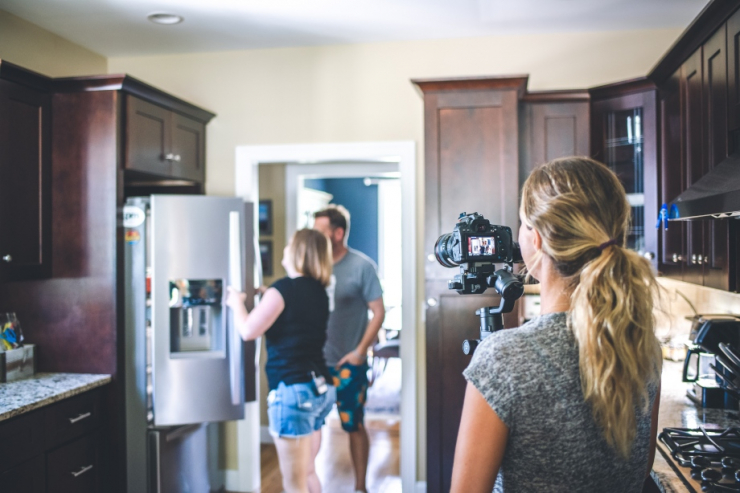 Here’s the thing. Most people we help at Chive Charities are children or have conditions that have made them non-verbal in some way. Basically, most people cannot articulate what it’s like to be sick. Nor can they describe the exhilarating moment when thousands of strangers come to their aid and help them. But Amanda can. She’s a motivational speaker and a now works as the AYA Social Worker and Program Coordinator at Yale New Haven Children’s Hospital, working everyday with the doctors who saved her life and helping teenagers with cancer. I want you to hear Amanda’s story in her voice, not mine.

To that end this gallery is a little different than my normal posts. I also arrived with a camera crew and I’m inviting you all to watch the episode of 10% Happier by either clicking this link or scrolling to the bottom of the gallery to watch it. Amanda’s story, and the story of what the Chivers did for her, will blow you away. 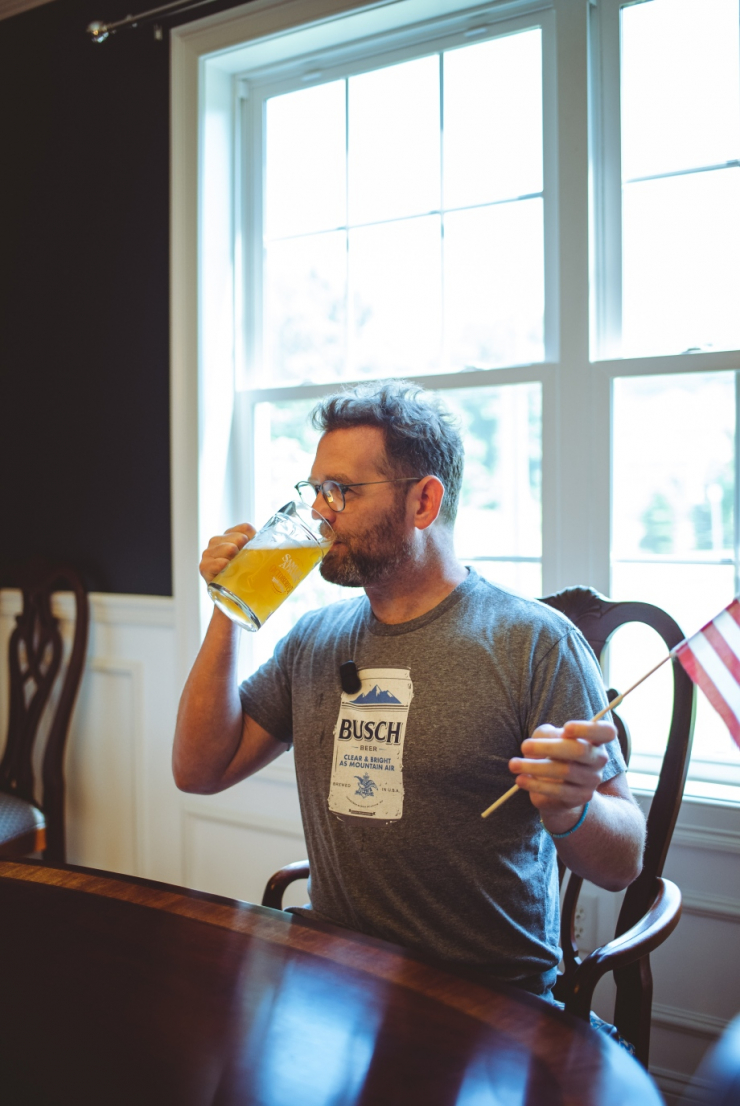 Because if you keep scrolling you’re going to see me just making a fool of myself, really. 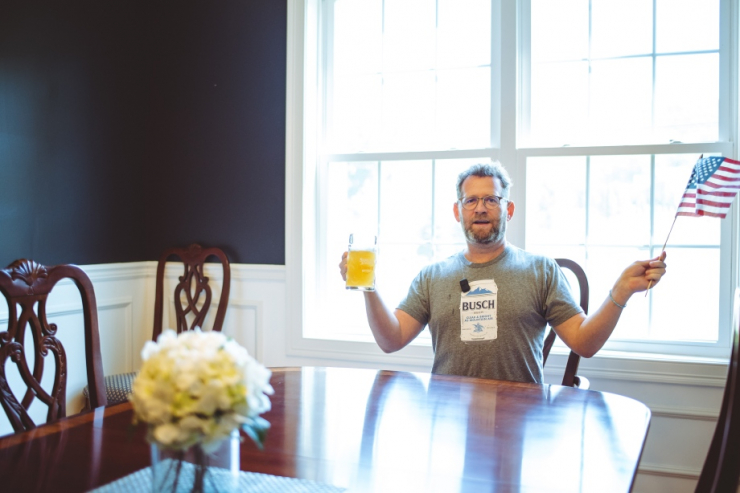 I put back a couple Headway IPA’s from Counter Weight Brewery because the hair of the dog was the only thing that was gonna save me at that point.

And it did, until I received some concerning news… 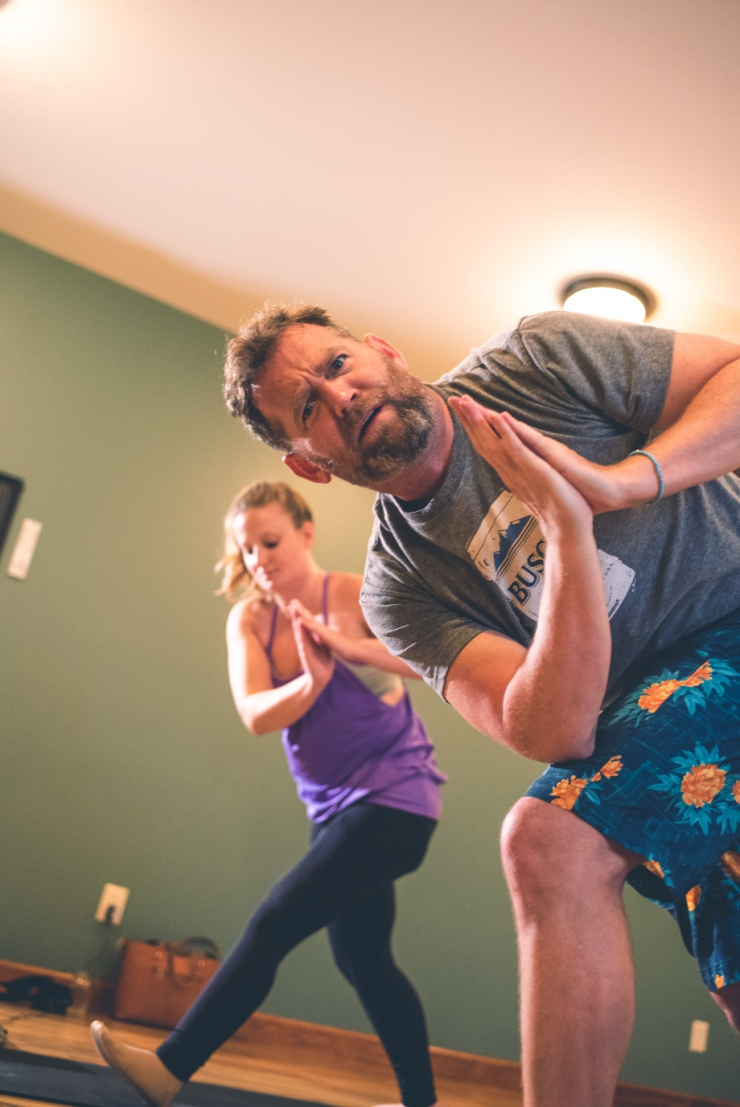 Amanda told me to pack my bags because we’re going to a yoga class. WTF???

She got her revenge. Well played, Amanda. 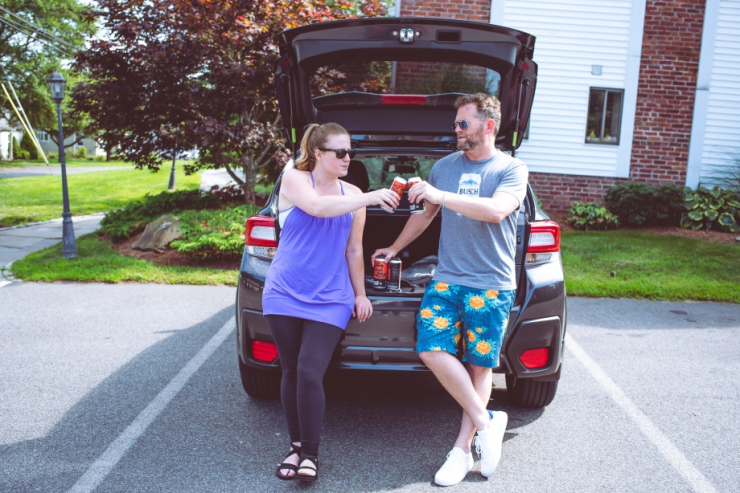 Amanda brought a cooler so we could have a post-yoga beer. 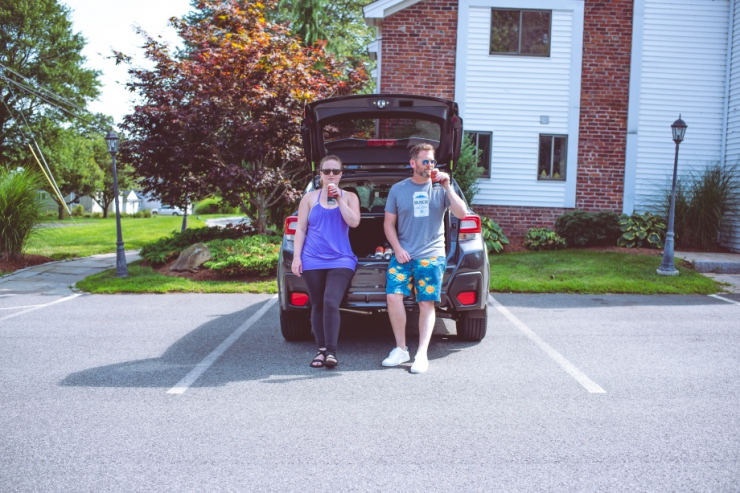 And in that moment, somewhere in New England, we became best friends.

I asked Amanda if there was anything else we could do for her. She politely declined and said, “After what the Chive Charity Green Members did for me my only ask is that more people know about them.”

Amanda’s a true force for good and has paid our gift forward and given back more than we ever gave to her. Thank you.

Enjoy the video below. It’s hard to put into words how inspiring this fighter is, which is why I’m keeping this gallery short and sweet. 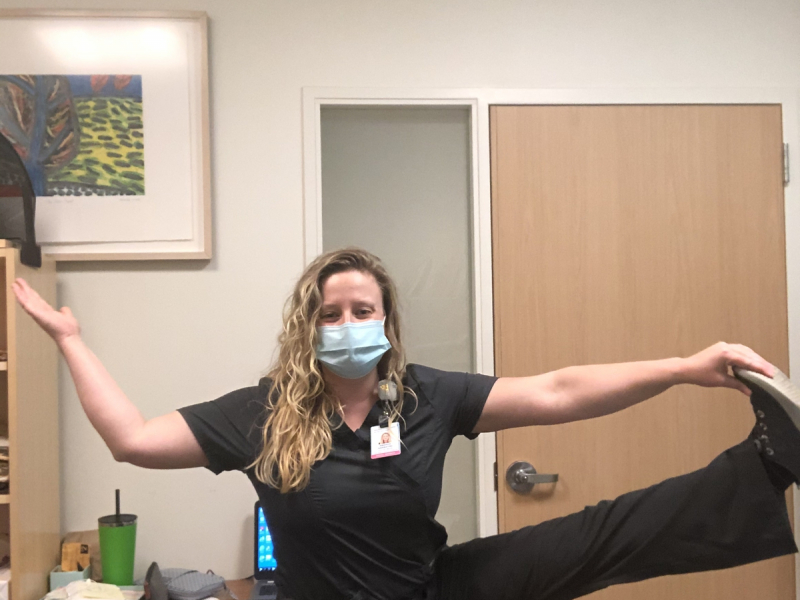