Special in their own way

You’ve heard of a mother’s intuition, but it makes sense that it would hold for a grandmother, too, right? 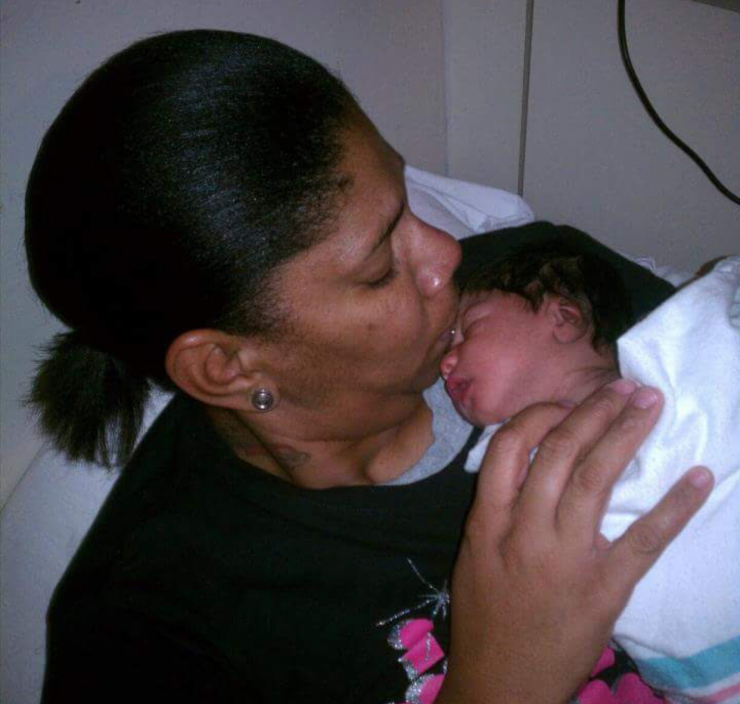 When Theresa Rice’s granddaughter, Anorah, was born six weeks early, she noticed almost immediately that something was wrong. 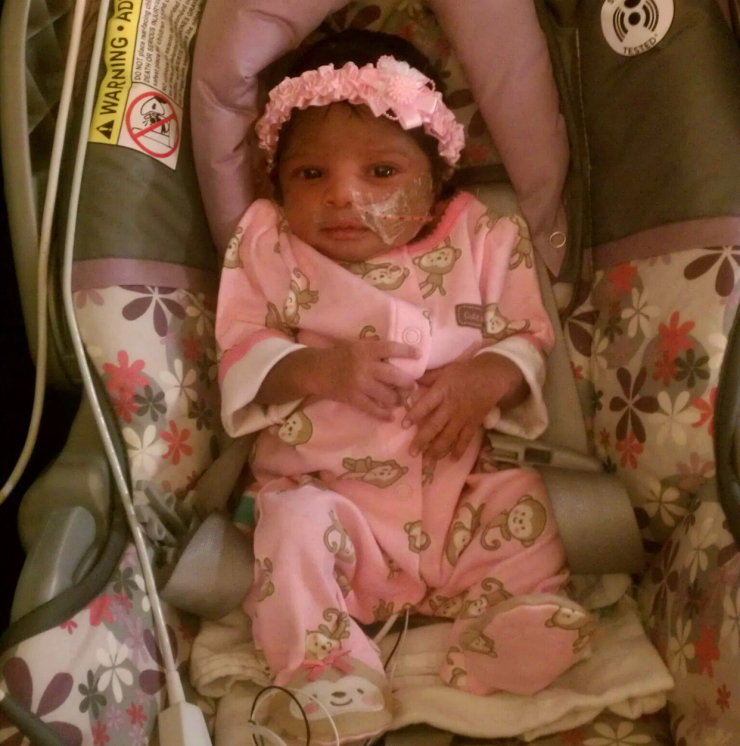 Anorah’s mom was battling her own health challenges following the pregnancy and birth of her child and was struggling to keep up with all that the doctors were saying.

“By the time Anorah was about a month old, her mobility and developmental delays were hard to ignore,” Theresa said, “So I got legal guardianship to help with her medical needs.”

The biggest reason for that decision was so Theresa could communicate with doctors directly about her granddaughter’s care, but still, she wasn’t fully prepared for what they would tell her.

“They said Anorah had a perinatal stroke while in the womb that had damaged her mobility. We were told it would impact her heart, gastrointestinal tract, motor function and development,” Theresa explained. 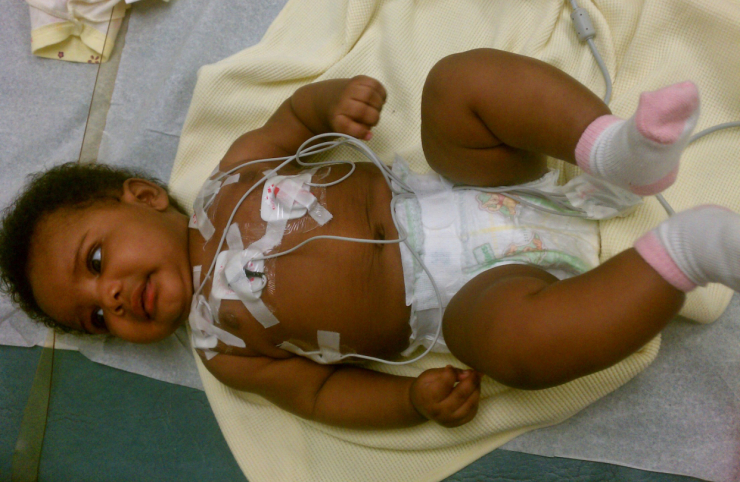 Just as Theresa’s intuition told her, something was definitely wrong - and Anorah’s health journey began. By 5 months, Anorah was already in occupational and physical therapy. Her first steps followed at just over two years of age. 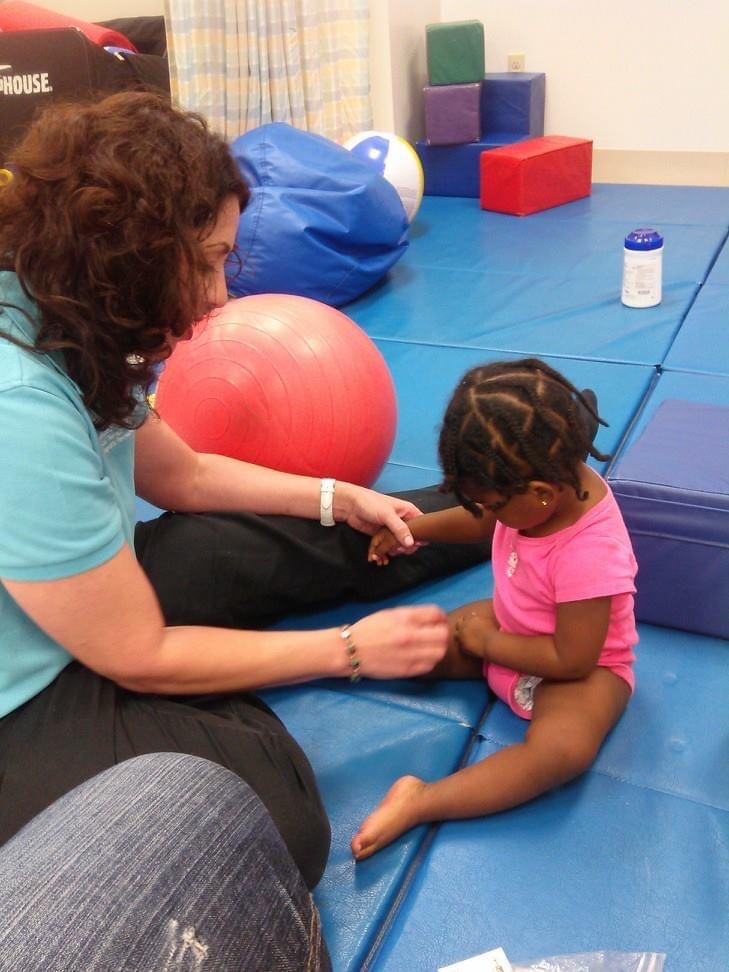 Anorah is 9 years old now, and while she’s gotten stronger over the years, she still sees orthopedics, cardiology, gastroenterology, neurology and goes to recurrent OT and PT. But for Anorah, the hardest part has been her self-esteem. She doesn’t like wearing glasses or her required orthotics/leg braces, and she’s sensitive to the stares she can feel when out in public.

“When Anorah thinks someone is looking at her or making fun of her, she shuts down,” Theresa told us. “She loves grocery shopping, but she’s been addressed by employees asking her to get out of the electric scooters for another customer to use. Anorah knows her rights, but now she doesn’t like to go shopping because she’s afraid of somebody asking her to get out of the chair she needs because she doesn’t ‘look’ like she has a disability.” 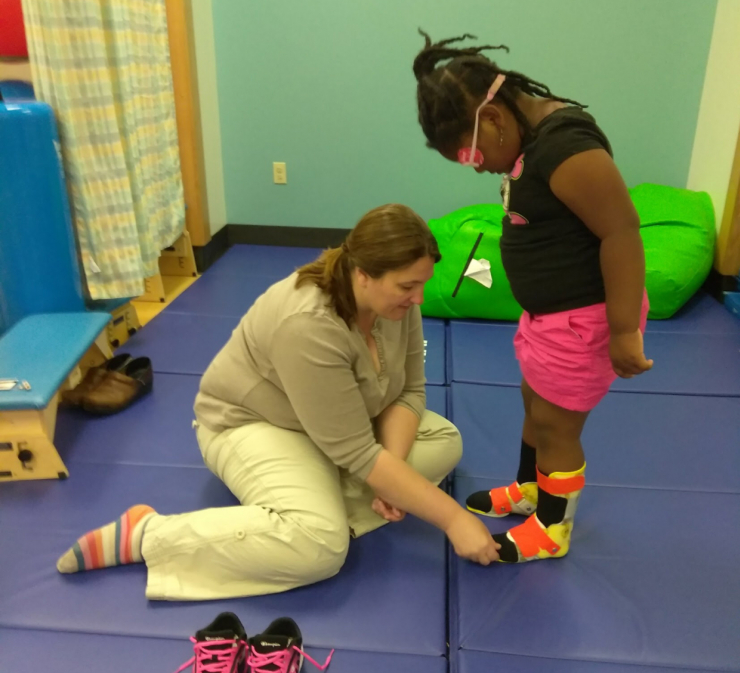 Theresa even told us that while Anorah absolutely loves school - she wants to be a veterinarian when she grows up - the last year has been really difficult on her. Anorah has poor vision but doesn’t always like wearing her glasses. “She was getting made fun of on Zoom calls because she had to sit so close to the screen to see,” Theresa said.

“It breaks my heart because she’s such a great kid, but she’ll be 10 years old this year and still going through these challenges.”

As we learned more about Anorah, we were struck by how thoughtful and caring she is, and she has a big heart for such a little girl. That’s perhaps most evident in her relationship with her cousin, Garrett. 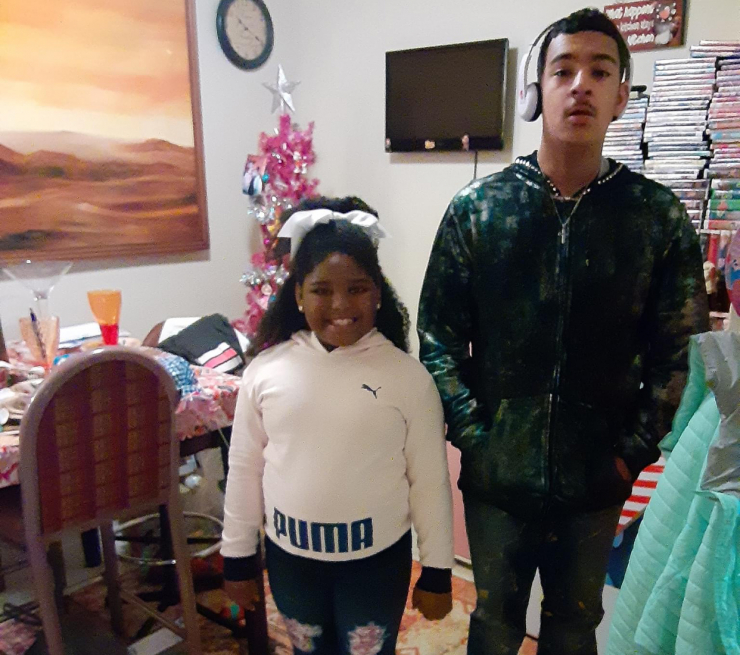 Two years ago, Theresa once again took legal guardianship of a family member.

Her now-19-year-old nephew suffered his own hardships and struggles. “Once I learned more about his situation, I drove hours to his house to pick him up,” Theresa told us.

Garrett has his difficulties now as a result of the challenges he’s endured, but Theresa was quick to remind us that he’s really good with technology, phones, apps - basically anything electronic.

“Just like Anorah, he’s special in his own way,” she said. 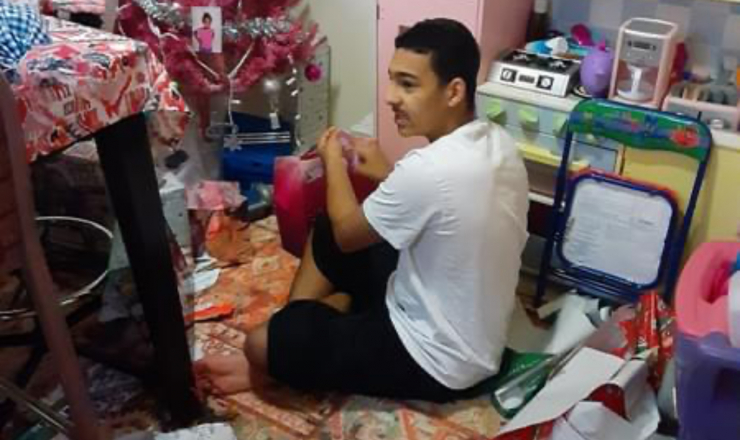 Theresa’s worked with Garrett to help him feel safe and comfortable in his new home, and a big part of that security is because of Anorah.

“Anorah and my two other nieces, Lamyia and Damarrah, went out into the community that first winter that Garrett was here and shoveled our neighbor’s driveways and sidewalks to earn some money,” Theresa said. “Anorah used hers to buy Garrett Christmas presents.”

Special in her own way. 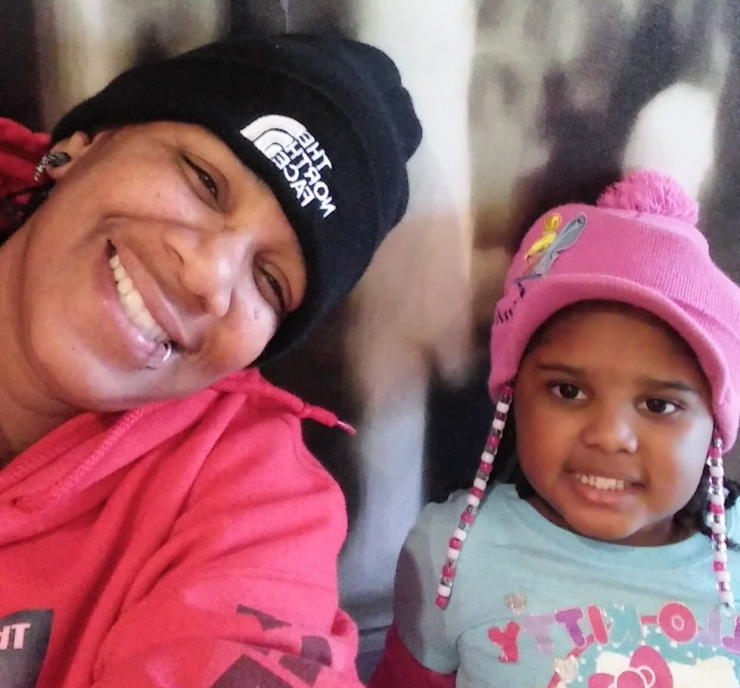 Something else that’s special in its own way is Theresa’s current minivan. She drives a 2006 Dodge that’s about as reliable as the ice cream machines at McDonald’s. It was breaking down so often that Theresa coordinated a bake sale to try and raise money to rent a van to get Anorah and her equipment to her many doctor appointments.

That was obviously not sustainable long-term, so she also tried working with a medical transport service that showed up once and never returned again.

The last time we talked to her on the phone, Theresa was sitting outside of Anorah’s doctor appointment waiting in the car because if she turned off the engine, she knew it wouldn’t start again.

For someone who has selflessly opened up her heart and her home, it just didn’t seem fair to us for her to keep living under those circumstances. 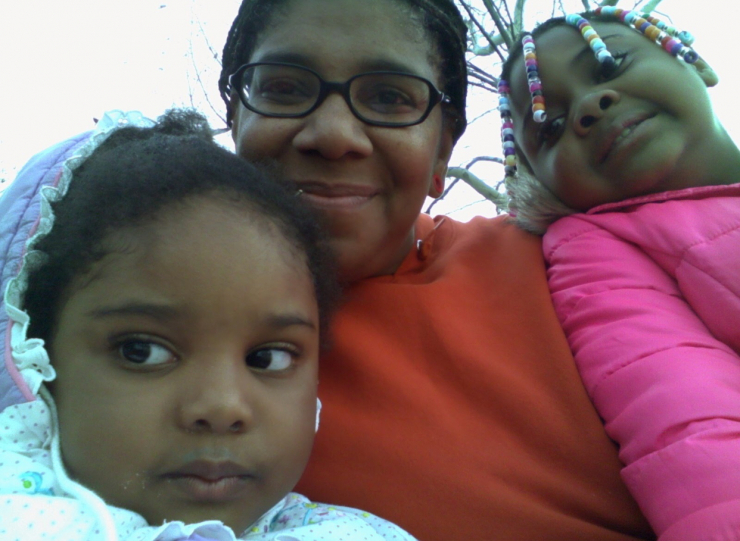 We called our partners at AMS Vans, an incredible group of people who helped us support 30 families in 2021 with critical wheelchair-accessible vehicles - in addition to our family of Chive Charities donors whose selfless contributions make it all possible. One of those 30 families is Theresa, Anorah, and Garrett.

A few weeks ago, just in time for the holidays, AMS Vans delivered a white 2019 Dodge Grand Caravan to their home for a total impact of $45,323. 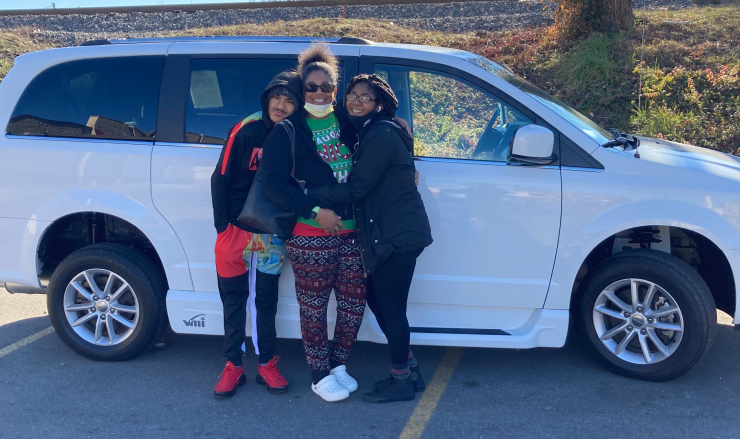 “This is going to be a big comfort to all of us,” Theresa said. “It will boost Anorah’s self-esteem to have a reliable, nice vehicle, and we won’t have to worry anymore about it breaking down or missing critical appointments because our van wouldn’t start.”

“I’m truly at a loss for words,” she continued. “All I can say is thank you. It shows where a person’s heart is to donate to people they’ve never met. It really will change our lives - so thank you, thank you.”

Just like Theresa, Garrett, and Anorah, our donors are special in their own way, too. Each month, they contribute anywhere between $5-$200+ to help other families in need. The people they support - veterans, first responders, and rare medical individuals like Anorah - are total strangers, and yet, they continually reach into their pockets and give whatever they can. And each time, something incredible happens. Those perfect strangers come together through life-changing impact.

Not many people can say that. Not many organizations can make that happen. But because of donors like you, it’s something we can promise week after week, 52 times each year. How’s that for special? Become part of it today and experience the magic for yourself. DONATE HERE.