“The day I put a pistol under my chin, I was saved by the phone ringing. It was my oldest son calling me. That phone call saved me in more ways than one.”

A shocking way to open up this story, we know. While David’s story, like those of so many other veterans’ may be unique, the situation he found himself in certainly isn’t. How did he get to this point?

As the son of an Air Force veteran, David knew pretty early on that he wanted to pursue a similar route.

By the time he was in the 8th grade, he started carrying a list of goals in his back pocket that he needed to accomplish on his path to a military career. He kept that list in his pocket through his high school graduation four years later, a physical representation of a dream that took hold long before.

On November 28, 1990, David pulled the tattered and worn paper from his pocket, smiled to himself and started his career as a nuclear weapons specialist with the U.S. Air Force. 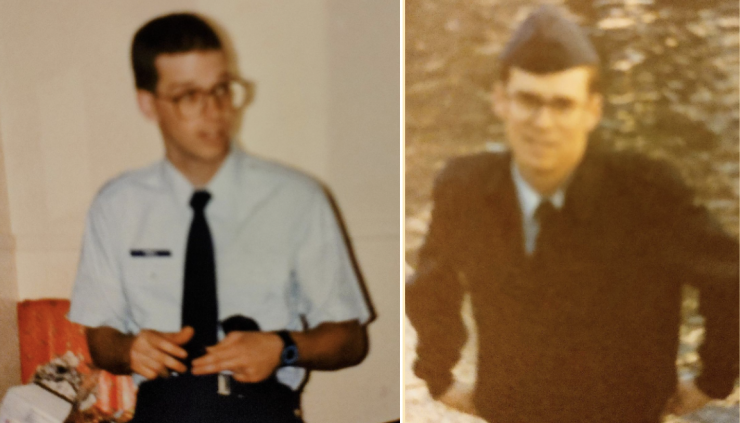 What he couldn’t have known is that only eight years later, his lifelong dream would be over, a career - and a dream - cut tragically short.

There’s not a lot to share about David’s first role in the Air Force. “Secretive” is as good a word as any to describe the work he was doing. What we can share is that two years into his job, David started noticing that when he walked barefoot across his hardwood floors at home, the bottoms of his feet were tender and tingly.

It seemed innocent enough, and he chalked it up to long days on his feet and left it at that.

Not long after, though, he also started experiencing breathing difficulties and other odd symptoms. 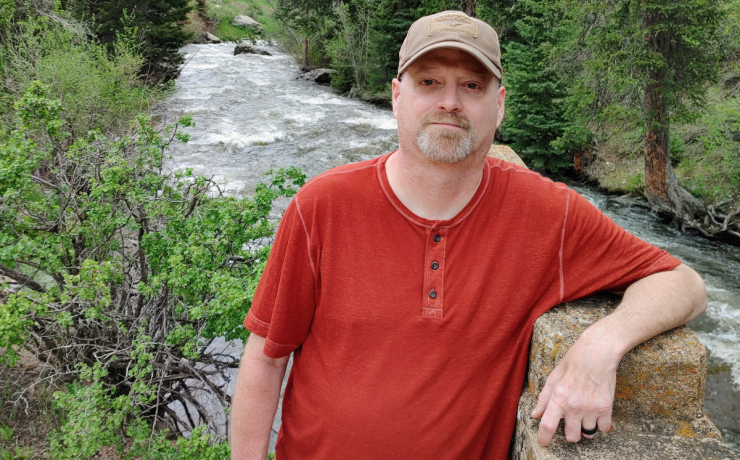 David wasn’t completely naive to his environment. He knew he worked in a unique field and he knew that he was often exposed to industrial-strength chemicals and other substances. But when he finally sought medical help, he left with more questions than answers.

“It was frustrating and disheartening to go through the Air Force medical system,” David told us. “I was told I had high blood pressure (remember, I’m in my early 20’s and active in sports and physical exercise), but I could not get a definitive answer as to what was happening to me.”

Eventually, David was approved to cross-train into another career field with the Air Force, and while he did well for the next several years, his symptoms progressively worsened. 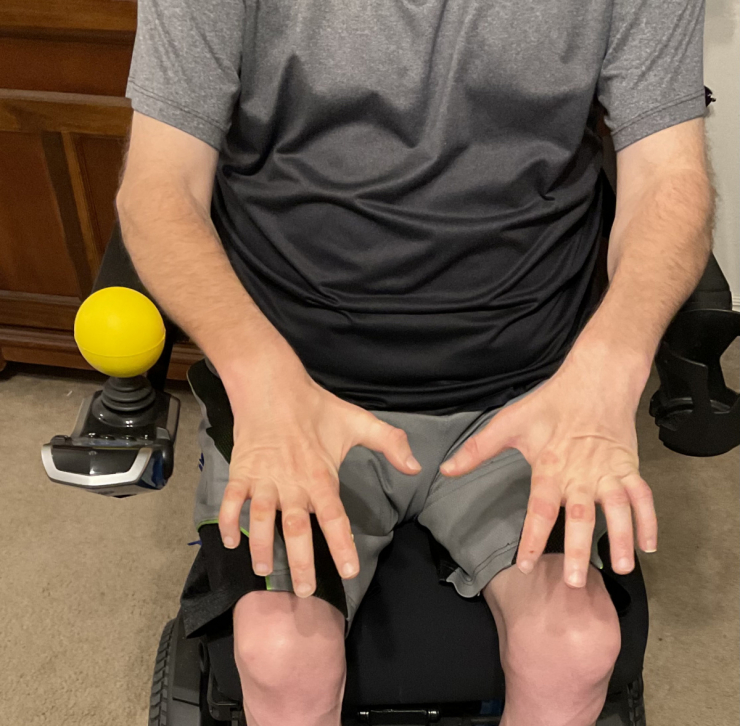 He began to lose feeling from his toes up to his ankles, and also lost feeling in his fingertips and palms of his hands. Performing the essential functions of his role was becoming increasingly difficult and David still had no idea what was causing the nerve damage, breathing problems, and other challenges.

It was too much to handle, both for him and for the Air Force. On February 8, 1999, the dream that began with a small piece of paper came to an abrupt end. David was honorably and medically discharged after serving on active duty for almost 10 years.

“I had planned on serving for 20 or 30 years and it sucked that it was cut short,” he said. “I was also discharged at 0% benefits because the doctors couldn’t figure out what was wrong with me. They agreed it was the chemical exposure, but nobody would go on record for that.” 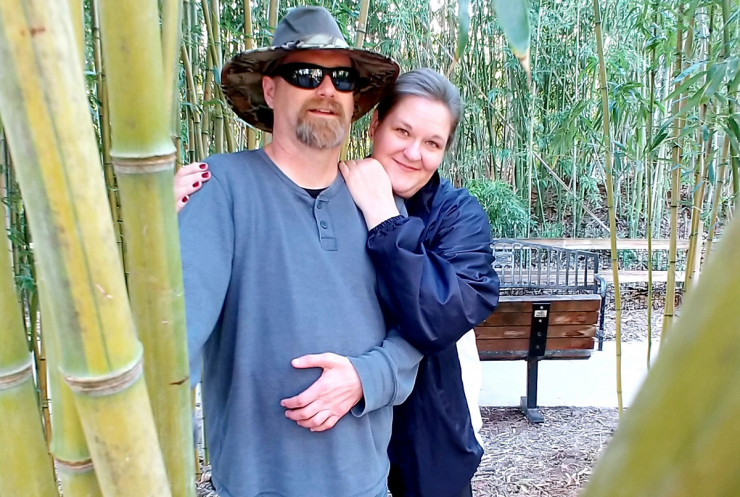 So, he turned to the only resource he still had available - the VA. “The VA rated me for asthma, sleep apnea, and high blood pressure (which they put in my records as related to chemical exposure),” he explained. “All of these conditions the Air Force had said that I didn’t even have. I was rated at 60% disability.”

The Air Force was supposed to be a lifelong commitment. David wanted that more than anything. And yet, here he was with symptoms of chemical exposure, newly discharged from his dream job, and absolutely no one was in his corner. Instead of carrying his dreams in his back pocket as motivation, he was putting them there with no hope of ever realizing them.

“I experienced depression, frustration, and anger at what was happening to me,” he recalled. “It was hard on my family, too, and my marriage of 24 years fell apart, after which my children started drifting further and further away from my ex-wife and me.” 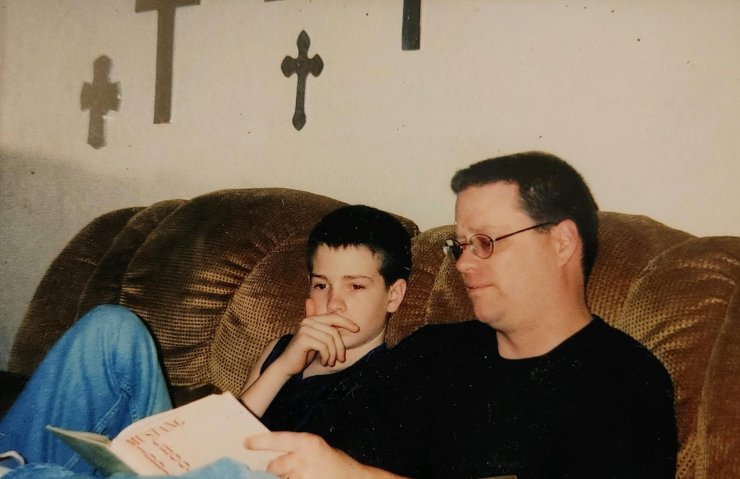 That was when it all came to a head and David’s suicide attempt was miraculously stopped by a phone call from his oldest son. (David’s son proudly serves with the U.S. Marine Corps, carrying on the family tradition of service). Something had to be done. 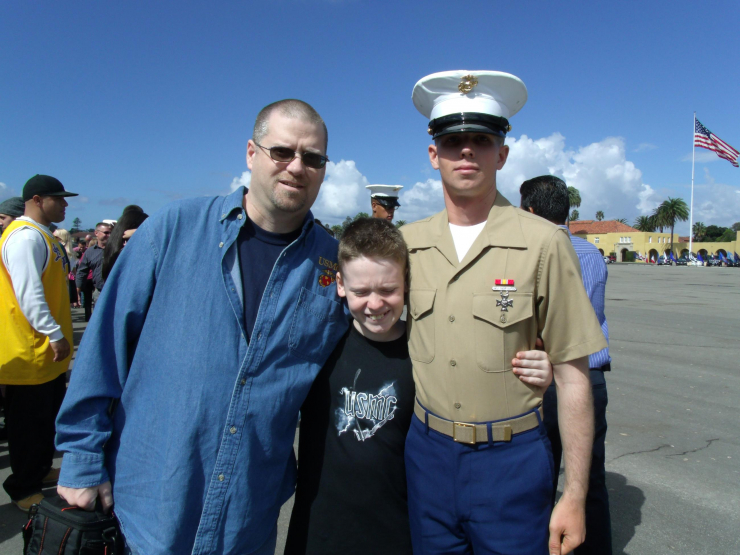 David took control of his life back. In the following months, he became his own healthcare advocate, demanding more testing and pursuing a better health plan. Finally, he was given a power wheelchair and a diagnosis of severe axonal polyneuropathy with a muscle wasting component.

The cause of his toxic neuropathy is still in contention. What’s not debatable is his need for help...and how much he deserves to receive it. 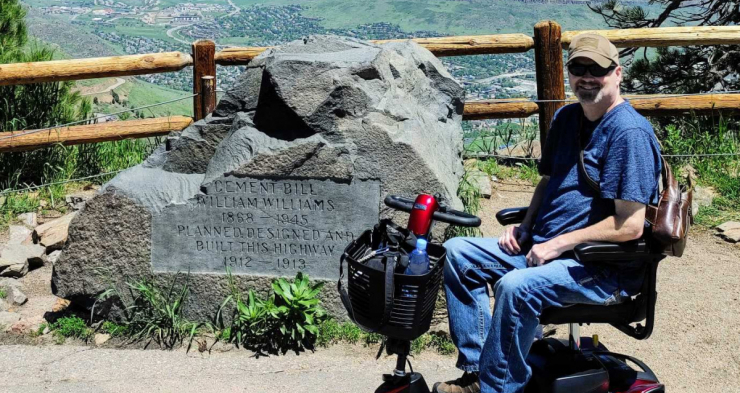 David has been a Chiver since the very beginning, turning to the site for some humor, hotness, and humanity to get him through the good and bad days. (“The galleries about Canadians and things only they understand are among my favorites,” he laughed). 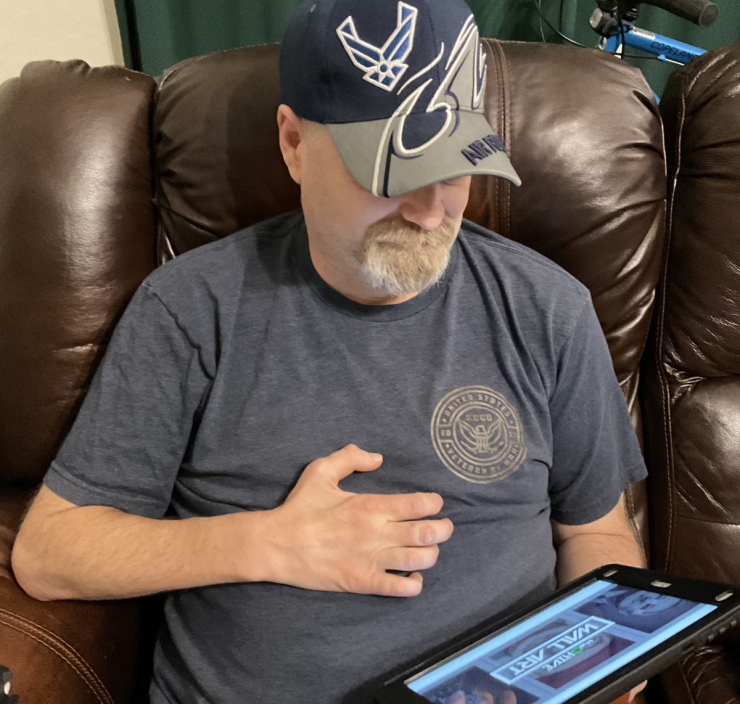 And in the last few years, he met and married a woman with her own Air Force background. She frequents theCHIVE site, too, and it was through that connection that she learned of Chive Charities.

“I knew he would never ask for help himself,” she told us. “He thinks other veterans, first responders, and rare medical families are more deserving and doesn’t want to take anything away from them. I don’t either. But I want him to have the freedom to live the life he wants to have...so I applied (for a grant) for him.” 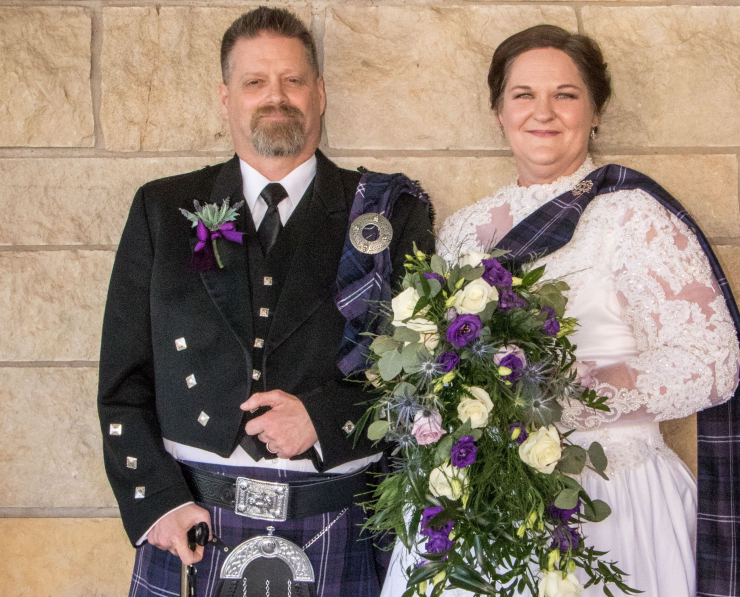 At some point, David will rely on a wheelchair for mobility. Already, he depends on his chair for long outings when fatigue, muscle weakness, and loss of coordination sets in. He’s spent enough time waiting. Four years waiting to join the Air Force, 10 years waiting for a solution that could keep his dream alive, and many years after waiting for accountability.

Waiting any longer for a wheelchair-accessible van was out of the question in our eyes. So, we reached into our back pocket and pulled on the resource we can always find waiting there: a community of donors ready to change a life. David’s was changed with the purchase of a 2019 Dodge Grand Caravan for a total impact of $44,482. 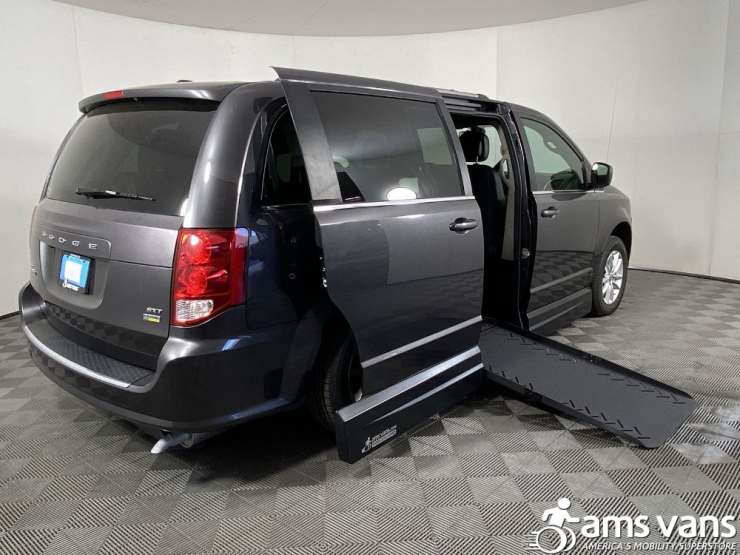 By serving our country, David helped give us our freedom first. It’s our honor to give some back to him. He’s now the 91st veteran we’ve supported since 2012, and it’s all because of donors like you who are committed to helping the helpers - the ones who say yes when so many others say no. When we reach into our back pocket to help, will you be there? DONATE HERE.

If you or someone you know is a veteran in need of a life-changing grant, please visit ChiveCharities.org/outreach/veterans.