The American Dream that became a nightmare

Sweat poured from Ivan Hunter’s face as he kneeled down, finishing pouring and smoothing concrete under the blazing sun of northern Georgia. He wiped his brow with his shirt sleeve, stifling a dry cough that had been lingering for days. His wife and two small sons had recently been sick with a cold, too, but Ivan tested negative for Covid-19 and had continued showing up to his job with the largest concrete pump company in the world. 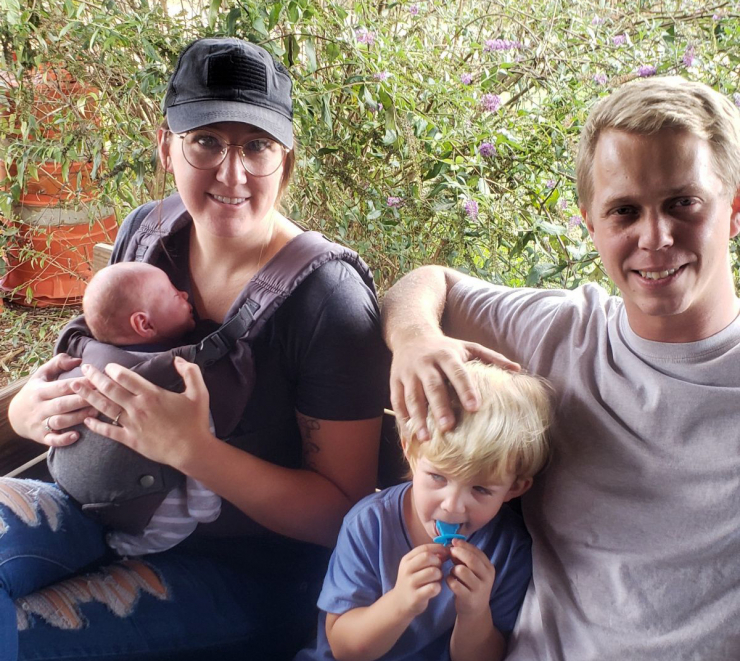 The hours were long, the days starting at the crack of dawn and stretching nearly to nightfall. The money was good, though, and Ivan and his wife Sarah had recently purchased their dream home - a comfortable hideaway tucked within the hills of the Appalachians. 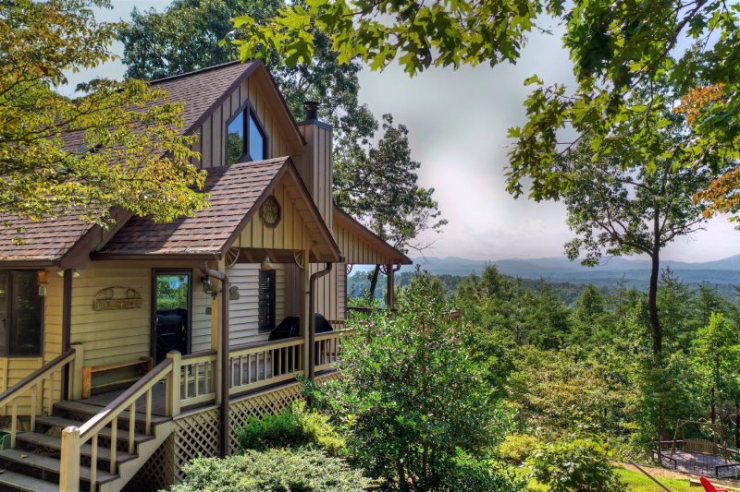 Still, the birth of his second son Riley just a few months prior stirred something in Ivan. He decided to take a job with a smaller mom & pop shop closer to home, hoping to cut the 12-hour days down and spend more time with his family.

He was living the American dream. But it was about to turn into a nightmare.

A few days before Ivan was set to switch roles, his cold became so unbearable that he called out sick for the first time in four years. 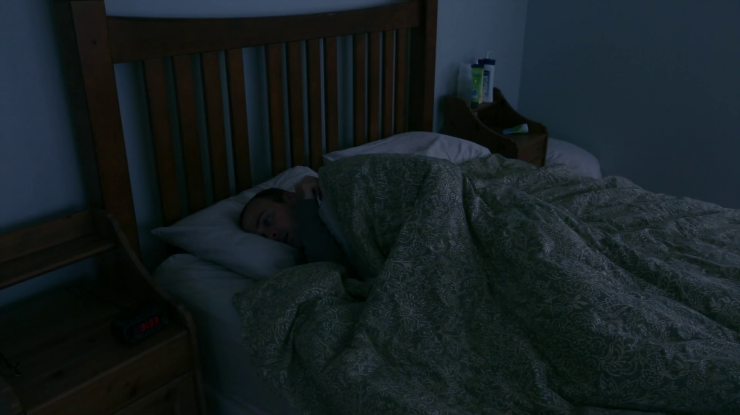 “I had a 103-degree fever and I just could not get it to break,” he said. “I started having these crazy, vivid dreams - actually, they were more like hallucinations. I thought I was in different parts of the world, and that people were trying to hurt or kill me. I mean, I was just completely delusional.”

Ivan’s wife, Sarah, knew things had gotten bad, but even she couldn’t wrap her head around the seriousness until it was staring her in the face.

“When we went back to the hospital, Ivan was having difficulty urinating and was extremely uncomfortable,” she told us. “He had to pee so badly that he was begging them to give him a catheter.”

What they didn’t know at the time - what even the doctors didn’t realize - was that they were seeing the first signs of paralysis.

The medical team didn’t understand the extent of what was happening to Ivan, but he soon began complaining about losing feeling in his toes. Then his feet. Slowly, the numbing sensation inched higher and higher up his body.

The local hospital staff was bewildered and knew they were ill-equipped to manage his care, so Ivan was transported to Piedmont Atlanta Hospital, about an hour’s drive south of their hometown.

“Almost immediately, the new doctors ordered a lumbar puncture and MRI,” Ivan said. “And everything in the room shifted when the results came back. They told me it was Transverse Myelitis.” 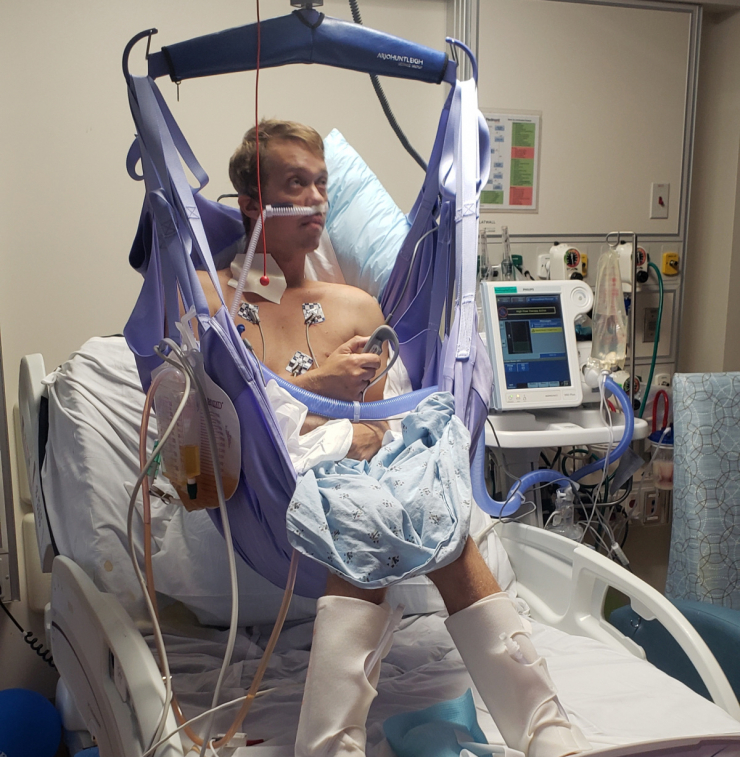 Transverse Myelitis is an inflammation of both sides of one section of the spinal cord. It interrupts the messages that the spinal cord nerves send throughout the body, causing pain, muscle weakness, paralysis, sensory problems, and even bladder and bowel dysfunction.

The prognosis is different for everyone, depending on where the lesion is located. Ivan’s case progressed so rapidly that his diaphragm was paralyzed, eliminating his ability to breathe independently. 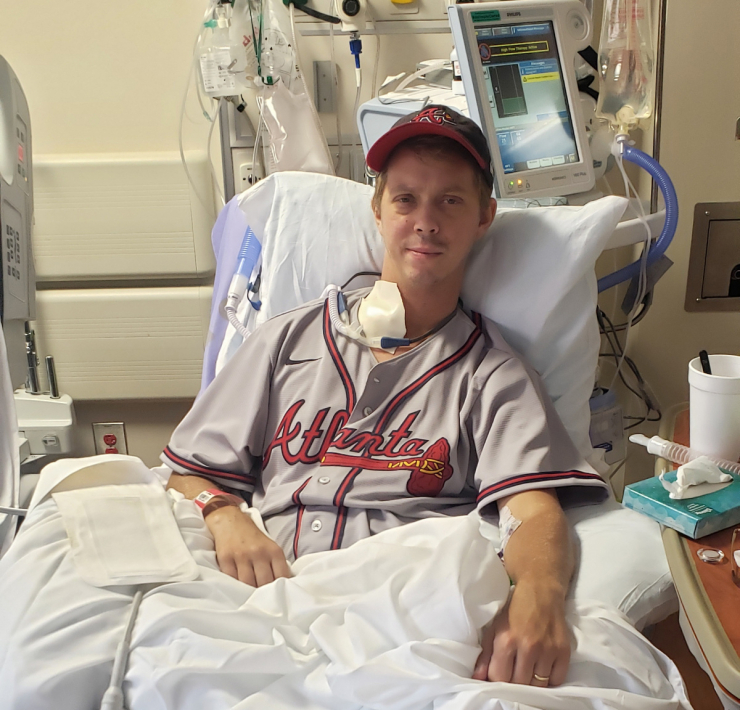 A cold and fever had turned into a life-and-death situation.

Just before he was put on life support, Ivan was asked for his end-of-life wishes. “They said, ‘If it comes to it, how far do you want us to go to keep you alive?’” 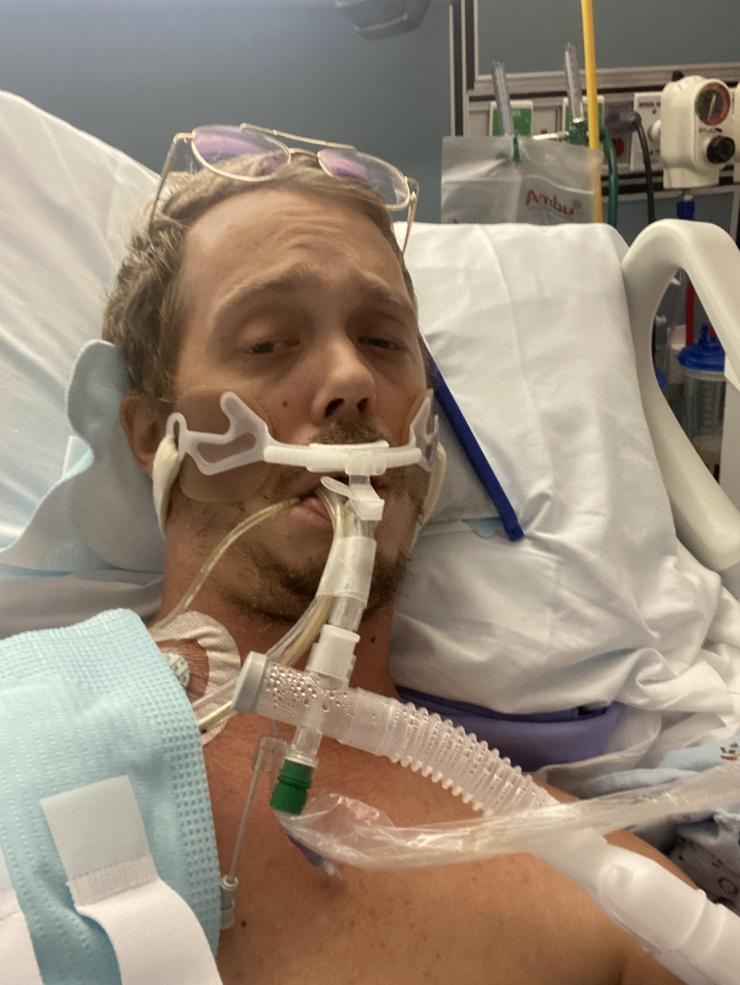 Thankfully, they never had to find out.

“The doctors told us that they were surprised that he pulled through because it had been ascending so rapidly,” Sarah explained. “But he woke up the next day and they were confident in starting treatment for him.”

Ivan lived, but he wasn’t out of the woods yet. 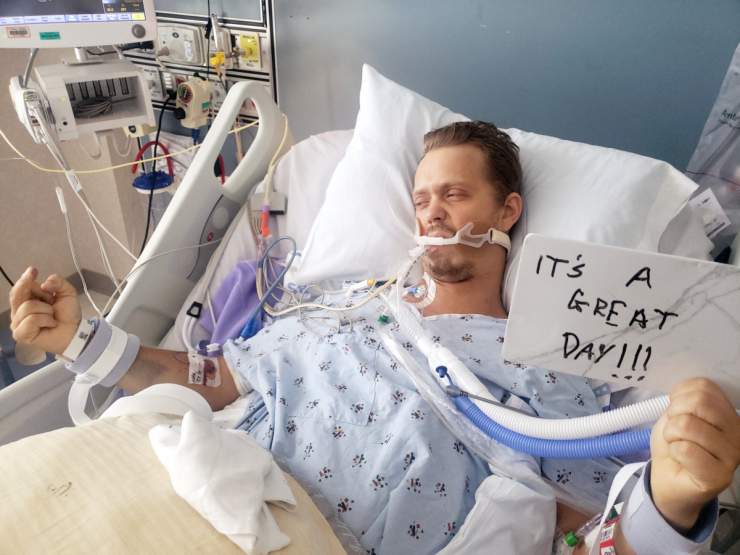 All in all, he spent nearly five months in the hospital, missing his son Riley’s first birthday and his own 30th birthday. Because of Covid restrictions, Ivan could only see his kids a few times each month and always from at least 10 feet away.

“Going that long without seeing your kids…it really hurts,” he said. “I cried many times about it to random nurses and therapists. And as a guy who went from spending 60-70 hours each week talking about who knows what on a construction site to crying about missing your kids - it was just a lot to take in.” 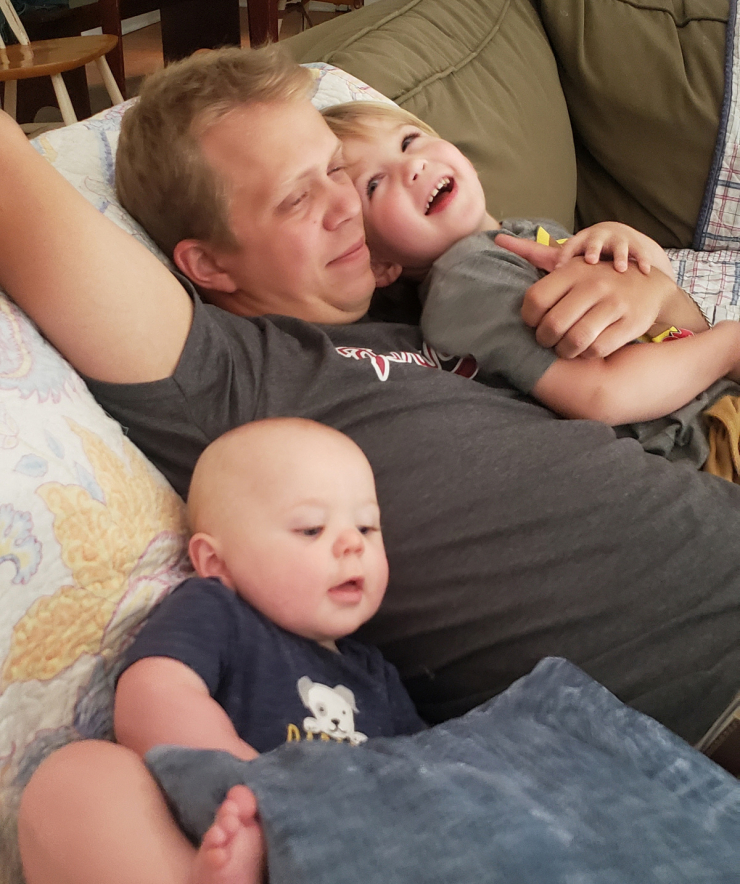 But there were a few things working in his favor, too. Namely the fact that Ivan was transported from Piedmont to the Shepherd Center right next door - one of the nation’s top 10 spinal cord rehabilitation centers.

“Being at Shepherd really helped me figure out how to adjust to my new life,” Ivan explained. “They showed me pretty much everything I needed to know.”

Because of his paralysis and inability to move independently, he developed a pressure sore on his tailbone that required surgery. That severely limited his ability to build his strength and recover, and he’s only allowed to sit upright for a small amount of time each day. 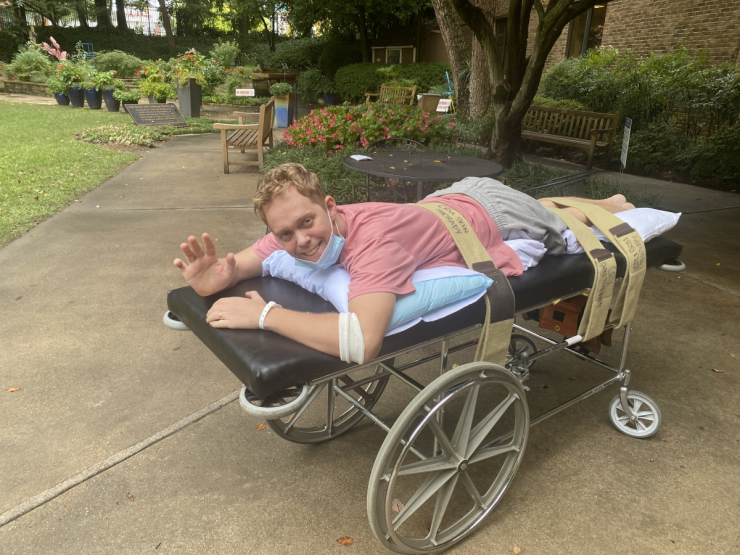 As our Chive Charities team talked to Ivan and Sarah, we could see the impact this has had on his life in more ways than one. In May of last year, he was a young, healthy concrete worker logging insane hours of physical labor. By June, he was on life support, paralyzed, and away from his wife and family for five additional months.

He was also the sole provider for his family, and now his livelihood was cruelly ripped away.

And that dream home they just purchased? All the things they loved about it now seemed almost moot. Three acres of wooded land…a pond ready for fishing and kayaking…trails that cut through the woods and wound up and over hillsides…

It wasn’t even remotely wheelchair accessible. 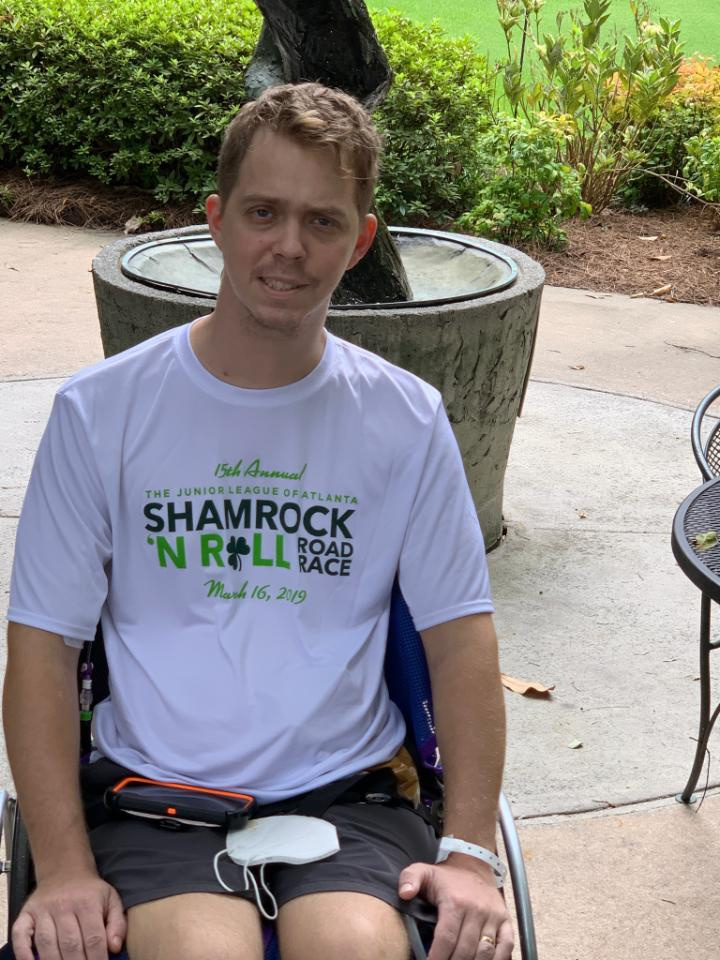 Before this tragedy struck, Ivan and Sarah loved being outdoors with Tommy and Riley, their sons. Camping, fishing, building bonfires - all of it. And this life-changing experience threatened to take that away from them. 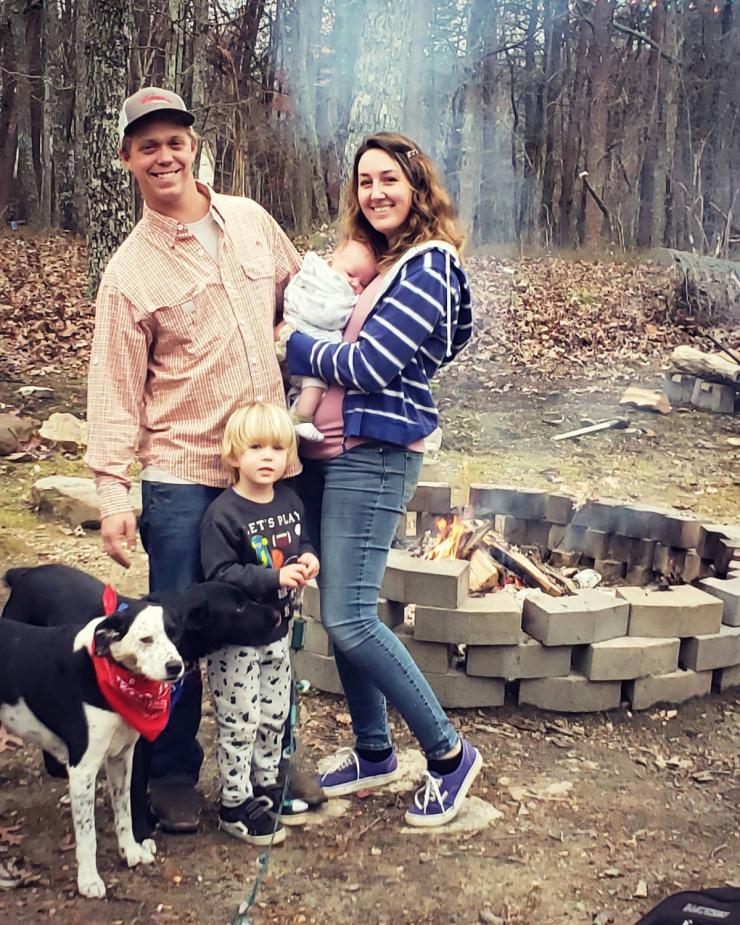 Well, not if Chive Charities had something to say about it.

Their home still had dream potential, they just needed a new way to enjoy it. Enter the GRIT Freedom Chair, a lever-driven all-terrain wheelchair that was practically made for someone hoping to get back to the great outdoors. Thanks to our amazing donors, we’re able to fund the purchase for Ivan for a total impact of $4,094. 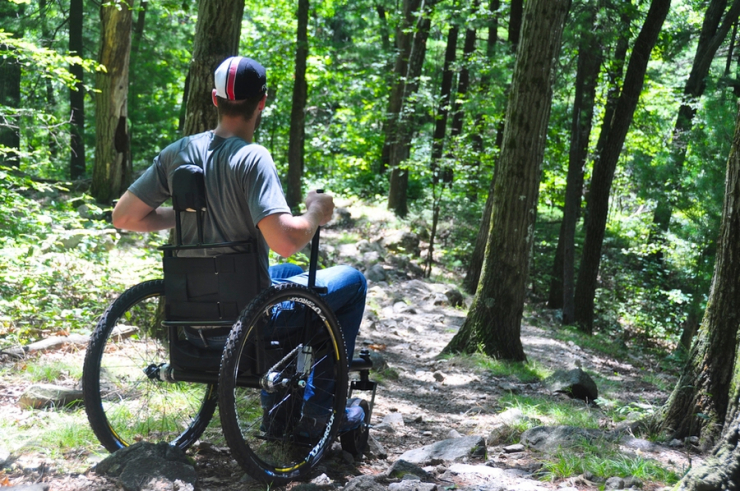 “To everyone who donated, we have to thank you,” Ivan said. “You’re giving us a piece of our lives back that we can reclaim after this disease took so much.”

When Tommy and Riley hop on their bicycles and laughingly follow their dad around all the trails, trying to keep up with his all-terrain chair, you can bet they won’t be thinking about all that’s changed. They’ll be thinking about what’s still the same - spending time outside with their dad.

From a dream to a nightmare to a new reality - they’ve been through it. And because people like you care about people like them, the possibilities have opened up a little more. If you’re a Chive Charities donor, your contributions helped make that happen. And if you’re not, maybe this will inspire you to be. You won’t just be giving a donation…you’ll be giving someone hope. DONATE HERE.