Calling all Philly fans! (And no booing on this one, ok?) Let’s introduce you to one of your own, a Phillie phanatic in every sense of the word, Carlos Concepcion. 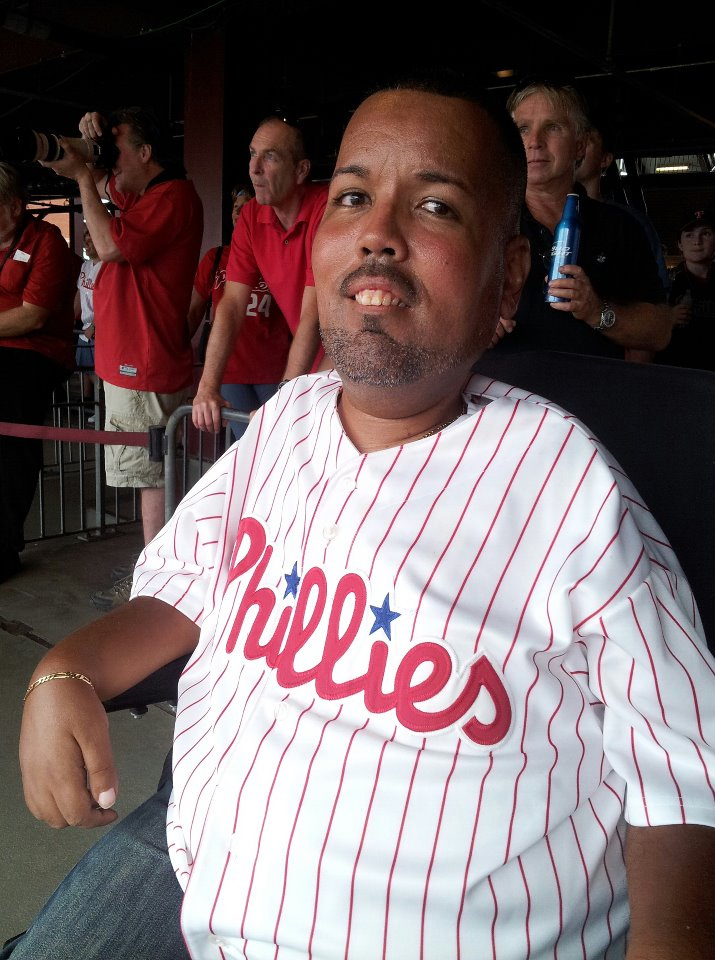 Carlos and his family are originally from Puerto Rico, but relocated to South Philly in the 1970’s. It didn’t take long for him to realize that his love for the city and its sports teams wasn’t just some flash in the pan - it was his lifelong love.

It’s a bit ironic, because the word “lifelong” means something different to Carlos. When he was a toddler, Carlos’s parents noticed that he wasn’t walking or standing up as they expected him to. His movements were stilted with muscles that were weak and floppy and legs that couldn’t seem to support his body weight. 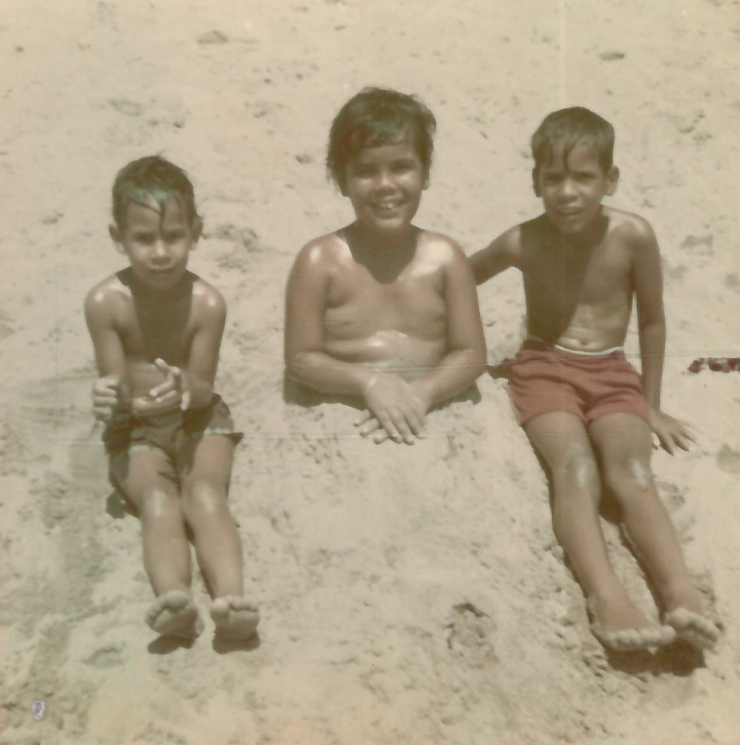 They took him to the pediatrician to hear the diagnosis no parent can truly prepare themselves for: Carlos had Spinal Muscular Atrophy (SMA), a progressive, rare genetic disease that is the number one genetic cause of infant death.

Carlos had, of course, survived infancy. So what did this mean for his future? Currently, there are five known types of SMA ranging from 0-IV with the lowest numbers being the most severe. For individuals with type 0, I, or II SMA, the life expectancy is early 30’s or younger. Carlos falls into this category.

“The doctors told my parents that I likely wouldn’t survive past my 20’s,” Carlos told us. “I’m now 52 years old and defying the odds every day.” 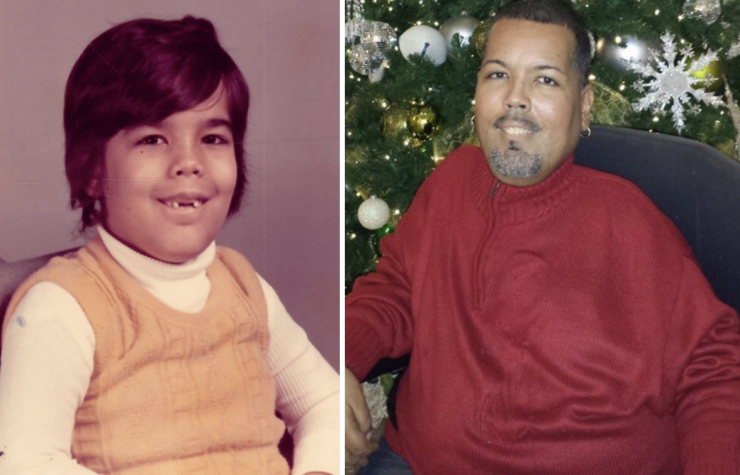 Now you can see why the word “lifelong” means something a little different to Carlos.

Since that diagnosis around the age of two, Carlos has experienced his share of adversity. He’s watched as his muscles have gotten weaker and his mobility has diminished. Eventually, the curvature in his spine would become so pronounced and so painful that he would require an 8-hour surgery to correct it at just 15 years of age. 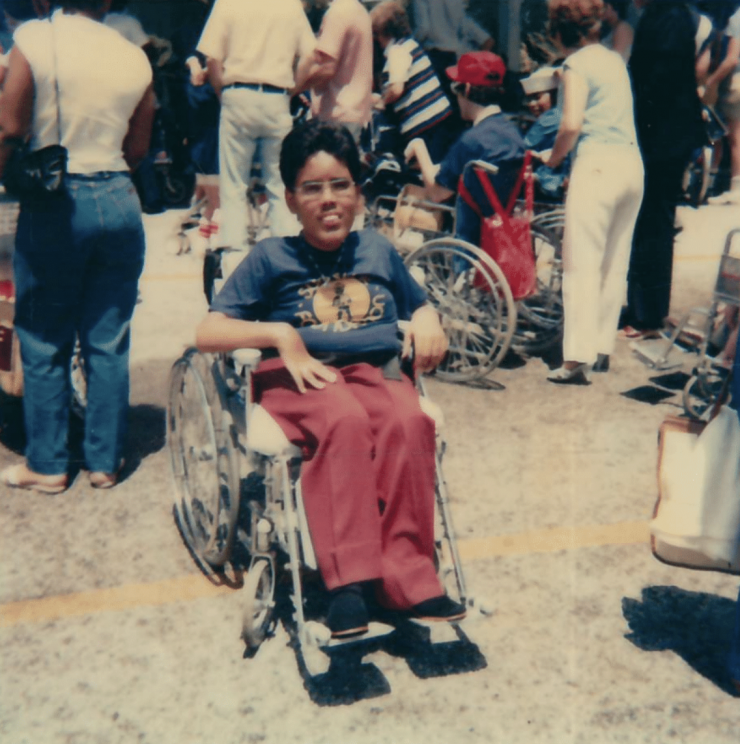 It’s a lot to take in as a teenager trying to navigate through so many new scenarios in your life. Most kids that age are trying to spend a little less time with their parents (sorry, mom and dad), and certainly not more. Carlos was dependent on his mom as his full-time caregiver, and having time to himself was hard to come by.

So Carlos looked for something to keep his mind off the things he couldn’t control. And when you live in South Philadelphia, Pennsylvania, most teenage boys look to the Eagles, Sixers, Phillies, or Flyers. Carlos took all four.

He makes it to as many games as possible, 2020 notwithstanding, and lists Phillies first baseman Rhys Hoskins and Sixers Center Joel Embiid as two of his favorite athletes. It’s been a nice respite from the downsides of managing a rare disease and something that’s truly shaped who Carlos is today. 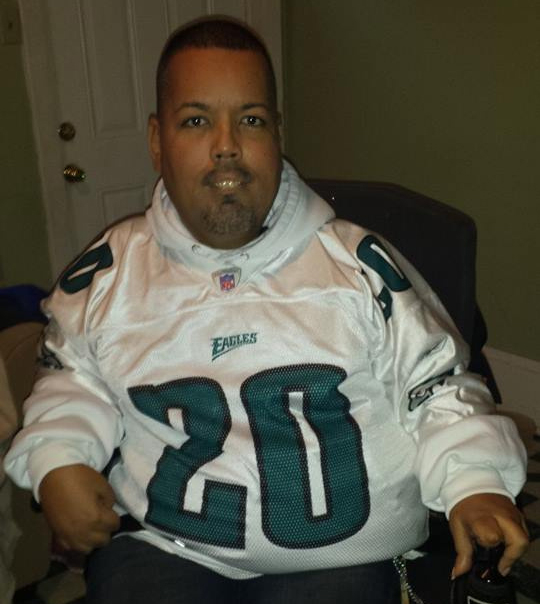 “It’s a life-changing thing, being diagnosed with SMA,” Carlos told us. “Your muscles are weak and mobility can be a challenge. But if you’re up to it - if you really work hard - you can do most anything you want.”

Carlos has taken his own advice and developed a love for cruises, traveling twice to most of the Caribbean. He also loves watching movies and became a huge fan of the Walking Dead and Game of Thrones.

For the guy they didn’t expect to live past 30, Carlos has made the most of his 52 years (and counting!) of life.

He’ll be the first to tell you that family has made a huge difference in his quality of life, too. His parents, Nilda and Serafin, still serve as his primary caregivers, and he also counts his sister, Becky, several nieces and nephews, and his 98-year-old grandmother Marianna as pivotal people in his life. 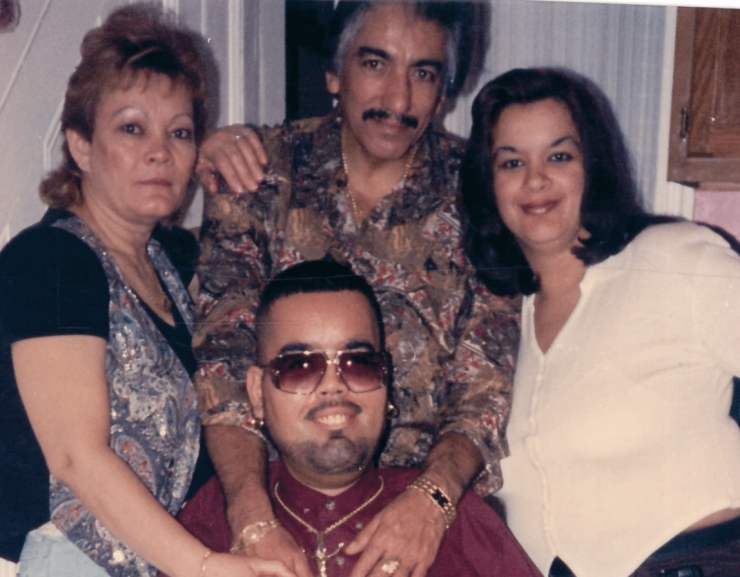 But now, his parents are both in their 70’s and it’s getting harder and harder for them to help Carlos around the house. A few years ago, they relocated his bedroom to the first floor to try and make things easier, but it didn’t solve every problem.

Just like when he was a teen, Carlos was looking for some independence. As an adult man, he simply wanted to be able to use the bathroom and take showers by himself. Unfortunately, many insurance companies don’t think about details like that, and he was unable to get the medical supplies he needed - and paying almost $4,000 out-of-pocket for equipment wasn’t in the budget either.

Thankfully, Carlos has one incredible caseworker at the Magee Rehabilitation Hospital named Andy who saw the need and stepped in to help. He had heard of Chive Charities before and thought it might be just the organization Carlos needed to get his freedom back.

Another group of fanatics - both in Philly and beyond - was poised and ready to help. The Chive Charities donor family contributed $3,512 to get Carlos an Active Aide shower/commode chair-tilt. With it, Carlos will save his mother from lifting him in and out of the bath, give him some independence, and keep the family from needing a costly and extensive bathroom remodel. Check, check, and check. 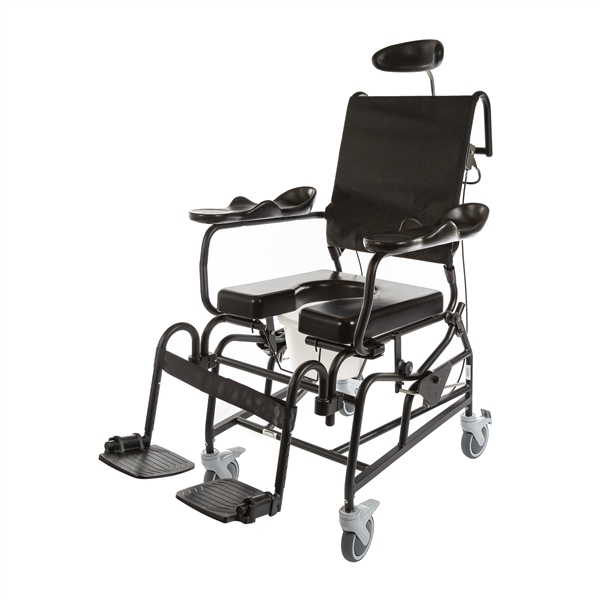 Carlos is a good example of what it really means to create a life-changing impact. His disease is not the rarest we’ve seen and his grant item is not the flashiest. But the day-to-day difference this will make for him and his family is gold. Carlos is exactly the type of person we set out to help eight years ago.

To insurance companies, he’s another number in a long list of numbers with a medical need not deemed important enough to address. To Chive Charities, he’s a person with a critical need that has to be met - a person with nowhere else to turn. And so, we help. We get him what he needs. We show him that he’s not alone.

Carlos’s love for all things Philly sports is unparalleled. It’s been a huge part of his life since he was just a kid. That’s easy to understand, because Chive Charities’ love for the underdogs is unparalleled, too. 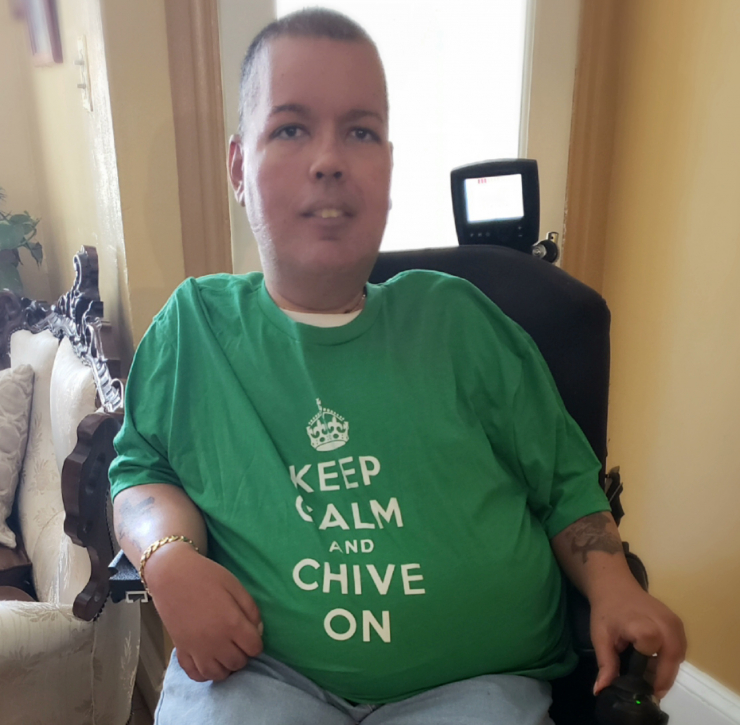 It doesn’t matter if you root for the Phillies, Eagles, Sixers, or Flyers. It doesn’t matter if you like one of them, all of them, or none of them. Sports fandom is not a requirement for our grant recipients. But if you come to our team of supporters looking for help, you’ll find a group that will get behind you no matter what. One team, one goal: champion the underdogs.

Now, we’re giving you a chance to be part of something you can’t find anywhere else - joining a team that never loses. That’s something to be a fan of. DONATE HERE.