A loyal companion by his side

Chances are, you’ve seen this image before. 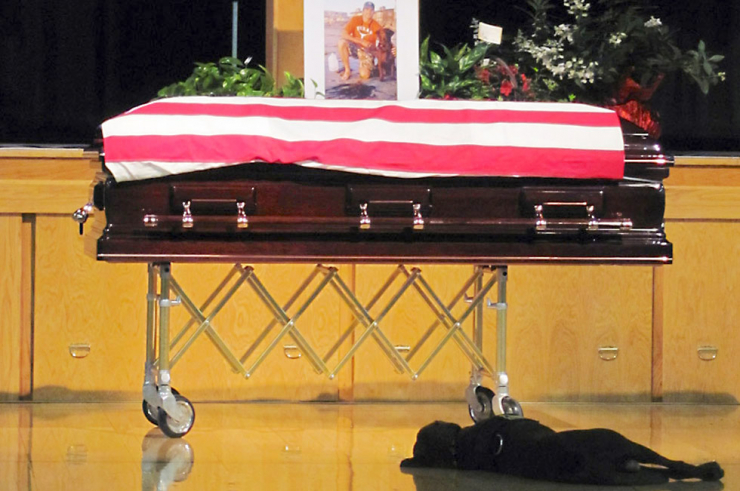 It went viral back in August of 2011, three weeks after a Chinook helicopter was shot down over Afghanistan, killing 30 Americans, eight Afghans, and a military working dog. Petty Officer Jon Tumlison was one of 22 Navy SEALs killed in the incident, and it was his beloved chocolate lab Hawkeye who captivated the nation with this gut-wrenching display of loyalty.

You don’t have to be a Navy SEAL to win a dog’s heart though, or be some kind of dog whisperer to form a bond so tight it transcends spoken words – that’s just how dogs are. They can make you feel better after a bad day, save you from a burning building, and give you the strength to go into the world when anxiety threatens to keep you locked in the shadows. 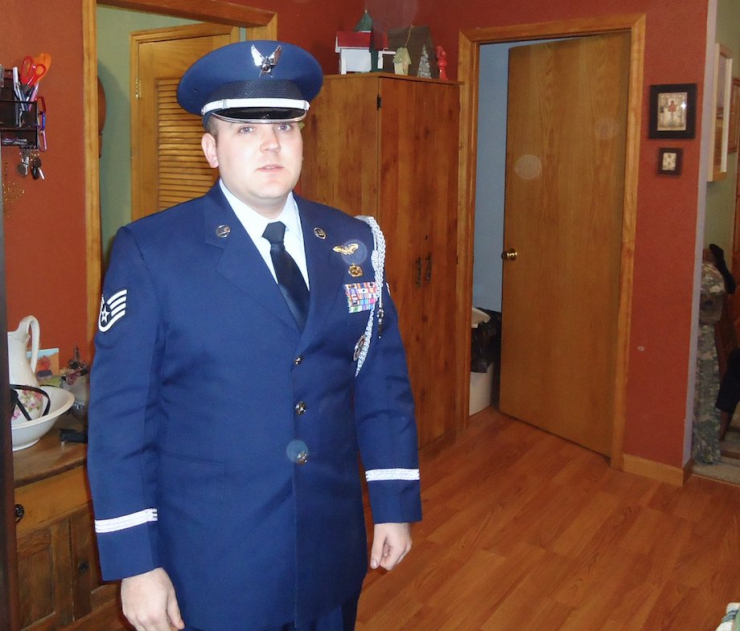 James is an Air Force veteran who knows very well how the darkness can take over. After three consecutive deployments to Afghanistan, the Iowa native found himself in a losing battle with PTSD, depression, and addiction, and after one particularly destructive night, he felt there was no reason to go on. 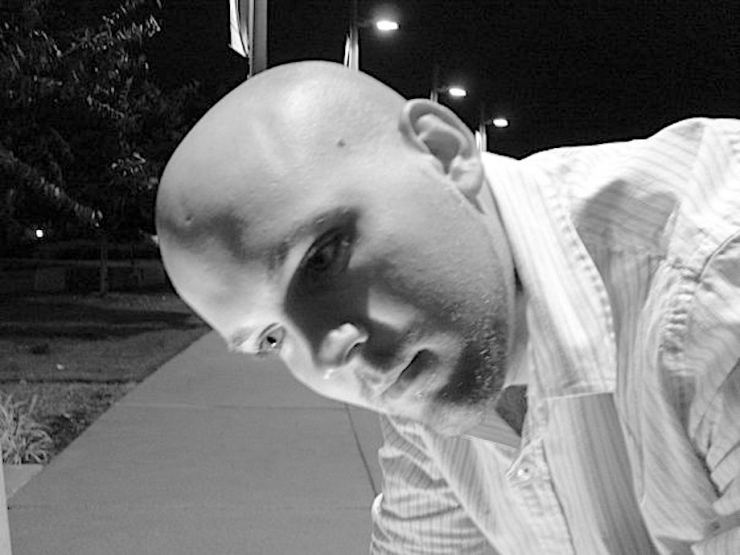 “I decided I was done,” he remembers, “and the only way out was to end it all.” But one of James’ closest friends reached out just in time. “He talked me down, and the very next day I went into my command and admitted everything that had been going on.”

This would be the perfect place for a happy ending – James gets the help he needs, overcomes his addiction, and has a long, successful career in the Air Force. I wish that’s what happened, but James continued to struggle. He was going downhill fast. 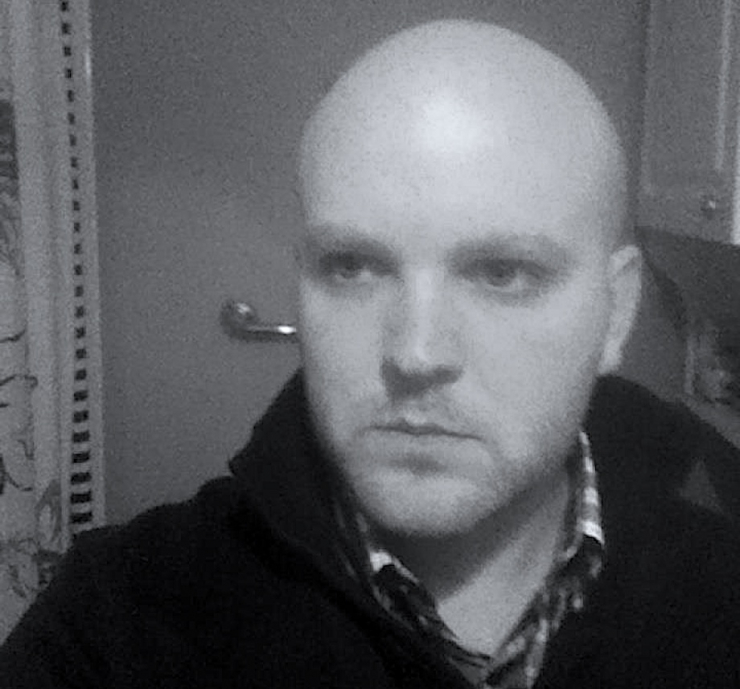 “I felt lost without the military, I struggled to find my place in this world. I bounced around from job to job, location to location, finally ending up back home, working for a family friend…all while spiraling out of control again,” he said honestly.

That April, James lost his apartment. He lost all hope, too.

“I choked down a bunch of pills and laid down to sleep for the last time. Or so I thought…I woke up from that nap, realized I wanted to live, and sought help.”

Can I just say how hard it is to talk about mental health and suicide, and how brave James is to share his story? Much love and gratitude to him for taking the leap to help others going through dark times. 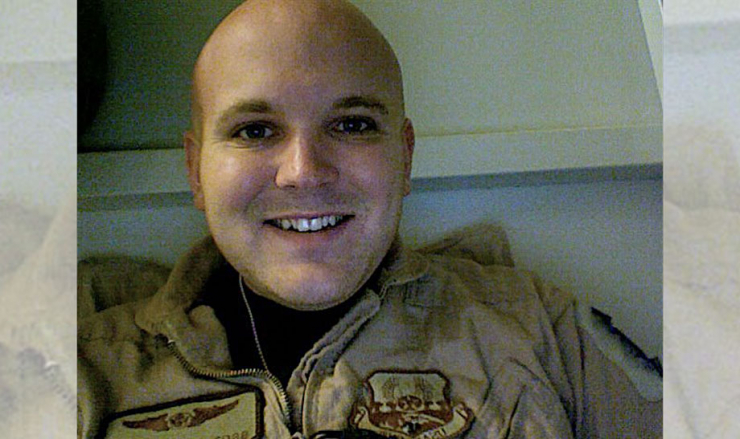 So James got to work getting better, and in the course of his recovery, a therapist mentioned he might really benefit from having a service dog. Not only to help manage his symptoms of PTSD, but to be by his side when darkness starts creeping in. Because it always does. 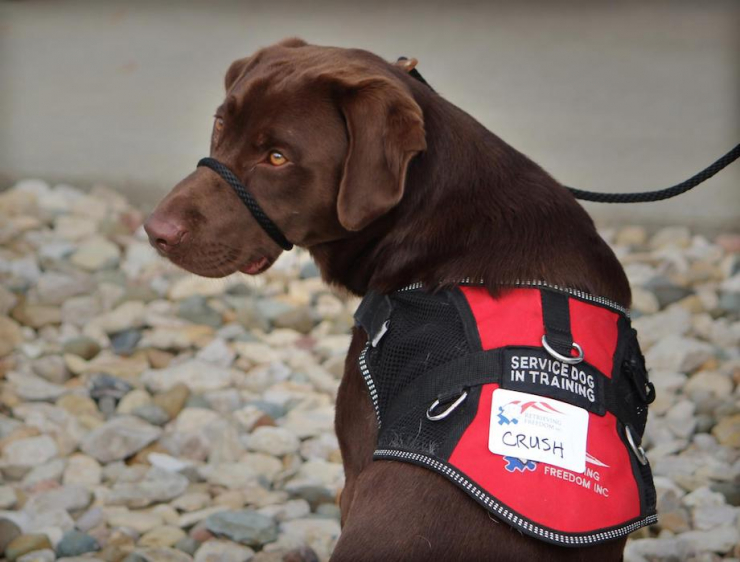 Retrieving Freedom is a 501 (c)(3) nonprofit in Waverly, Iowa that trains service dogs for veterans, and for children with special needs. They happen to be just up the road from where James grew up, and his parents have been long-time supporters. Chive Charities works with them a lot, and last fall, they told us about an Air Force veteran going through some really hard times who could use our help. He had started training with a chocolate lab named Vienna, it was going really well, and he needed assistance covering the remaining program cost. 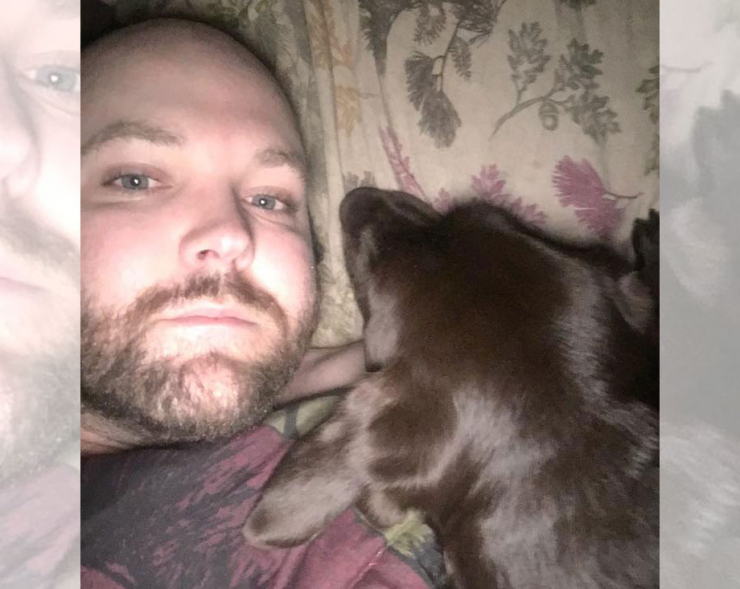 But then we didn’t hear back for a while, and we started to worry. We reached out to Retrieving Freedom to check in, and they told us James had been in a bad car accident. He was O.K., but he was definitely going through some hard times, so they took it upon themselves to help him apply for a Chive Charities grant, and we were absolutely thrilled to say yes! We sent the $10,000 check off to Retrieving Freedom, and were completely unprepared for the plot twist that came next. 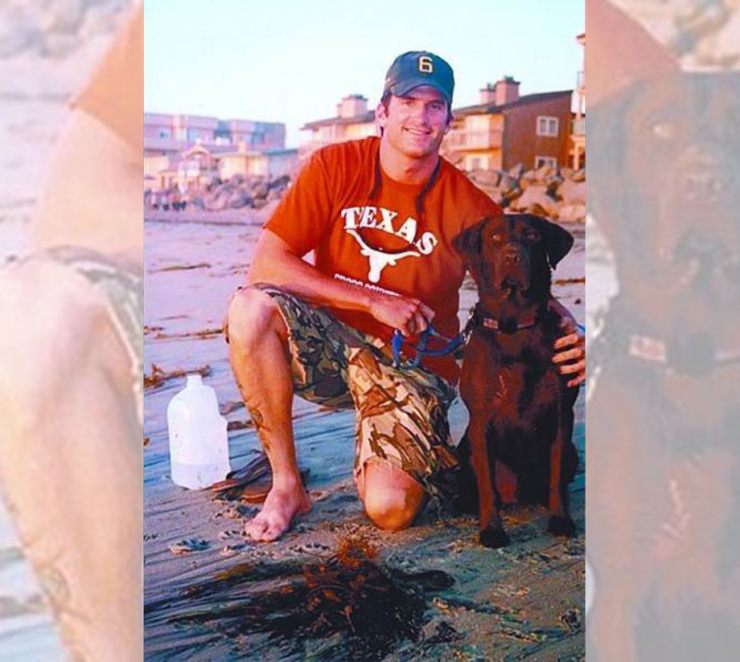 We received an email from RF program director Keegan, who told us, “You may recall a story about a Chinook helicopter being shot down in Afghanistan in 2011. One of the Navy SEALs killed in the crash was Iowa native Jon ‘JT’ Tumilson, whose hometown of Rockford is only 45 minutes northwest of the Retrieving Freedom facility. During his visits home from deployment, JT could often be found going on runs around his small town with his most loyal companion, Hawkeye. Hawkeye was well-known through the town as well. Anyway, Hawkeye found a new home and ended up having a litter of puppies – Vienna is Hawkeye’s daughter. We are so blessed to carry on JT and Hawkeye’s legacy, and hope James finds peace knowing his dog came from a long line of love, loyalty, and sacrifice.” 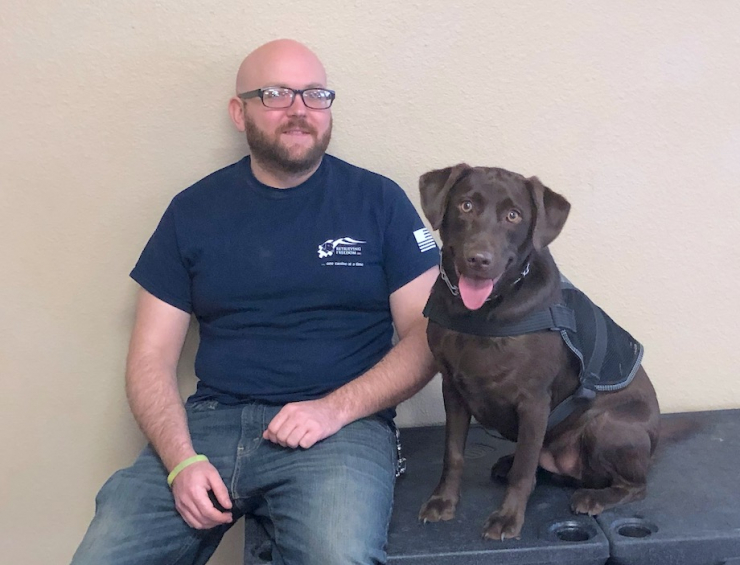 “I used to struggle with having purpose,” James said. “But now I get out of bed every morning to take care of Vienna. It’s a great motivator.” She recognizes when James is having trouble sleeping at night, and snuggles up for comfort; she eases his anxiety in public places; and she relieves the deep loneliness James feels in his darkest times. He’s more peaceful than he’s ever been, he says, and can’t imagine life without her. 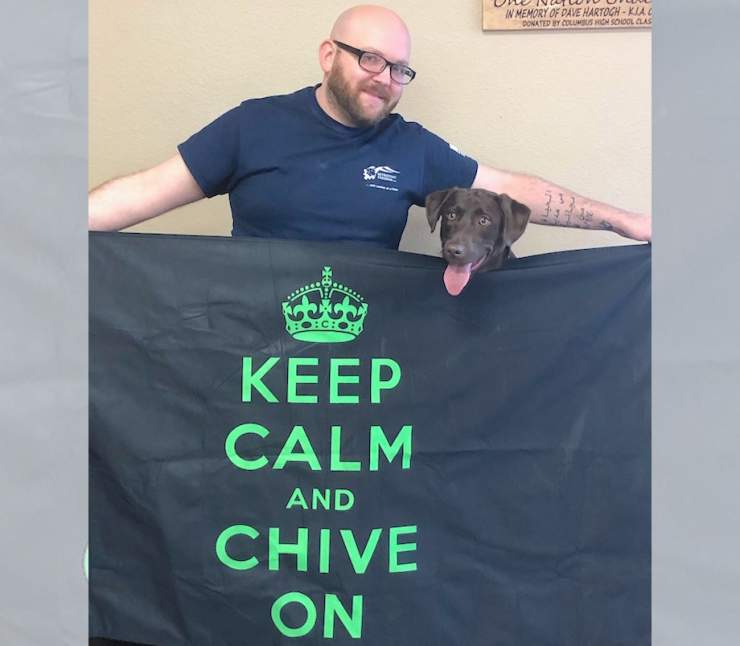 Thanks to Chive Charities’ dedicated monthly donors, he won’t have to. We’re so glad James has a loyal companion to help him navigate the civilian world, and we can’t wait to hear all about their new life together. Many more veterans could use the faithful support of service dogs like Hawkeye and Vienna, and you can make that happen by becoming a Chive Charities monthly donor RIGHT HERE.