A veteran survivor and his best friend

The air strike was called in. Surrounded by North Vietnamese snipers, Gregory Lee’s Marine Corps unit found themselves sustaining heavy casualties while being pinned down in a ravine in the middle of the jungle. 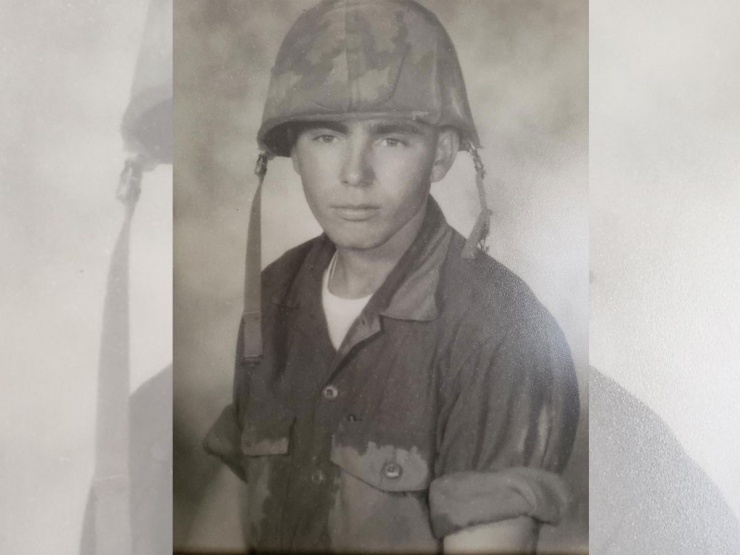 Gregory had just spent his M60’s last round and looked down to see the machine gun white hot in his hands. That’s when he heard the planes above. In a last ditch effort to give his unit a surviving chance, the radio operator had called in air support. The next thing Gregory knew, he was lying on his back 45 feet from where he had just been standing, covered in blood.

From a young age, Gregory had shown he was a survivor. At 7, he was already working odd jobs around his hometown near the Chesapeake Bay. By the time he was 15, he'd dropped out of school and was working 3 different jobs to support himself. When he was 16, he doctored his birth certificate and joined the Marine Corps. In no time, the 5’4”, 137-pound pint-sized, but tough as nails Marine found himself in Vietnam with a 600 round-a-minute machine gun in his hands.

As a part of several large operations in the fall of 1968, Gregory’s platoon encountered ambushes almost nightly. Over the course of 8 months, Gregory had been wounded by shrapnel that lodged itself in the back of his neck, gotten malaria twice, and wounded a second time.  Each time the dutiful Marine returned to his platoon as soon as they would allow him.

On May 8th, 1969 Gregory’s platoon was on the 3rd phase of an important operation when they had been ambushed by the North Vietnamese snipers. The air strike had hit both friends and foe. Gregory laid on his back in shock. He looked down to see his right arm missing just below the elbow and his legs bleeding heavily.

He didn’t feel pain. He only felt fear. “I was out of my mind scared,” Gregory recalls. “It was the `are you going to die and are you going to make it back to the real world` kind of scared.” 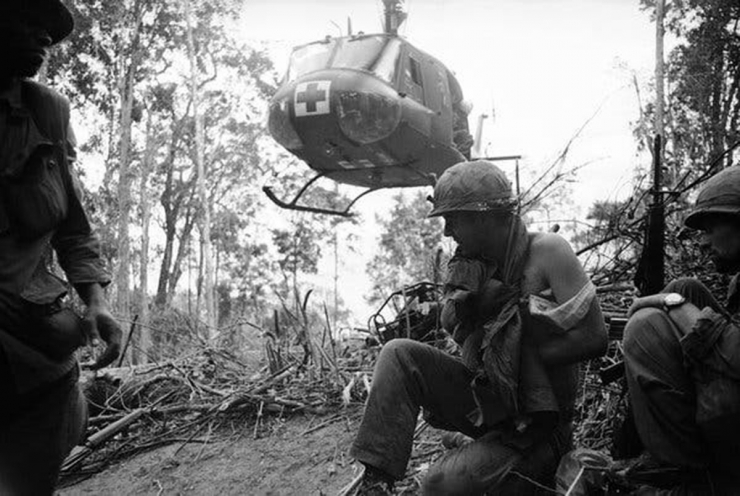 A couple of marines from his unit put tourniquets on his legs and arms to stop the bleeding. He was then airlifted to a field hospital where they removed shrapnel from his legs and arm before sending him to an Army hospital in Japan.

The next 7 months were filled with several surgeries, learning to walk again, and being fitted for a prosthetic. Incredibly, Gregory tried his hardest to stay in the corps and retrain for another job before he was finally put on permanent retirement. 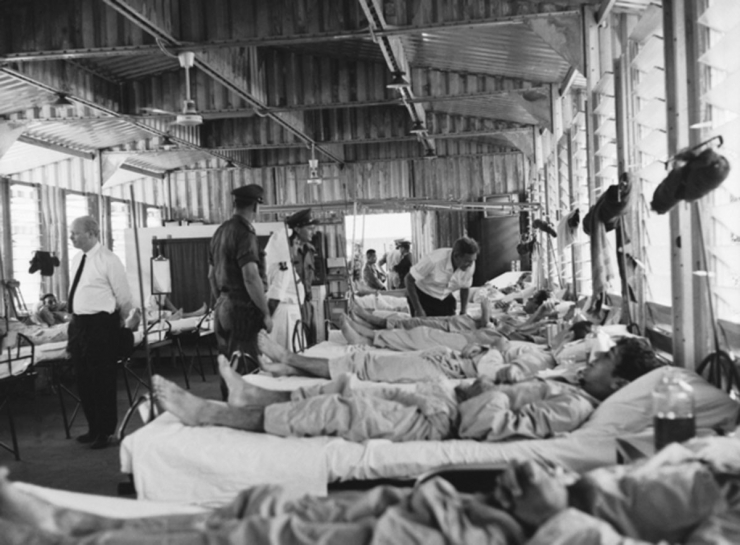 After retiring, Gregory moved to New York to help a badly injured Marine who was in the same recovery ward. There he met the woman who would become his wife, had two kids, and got a job with the Air Force as a Moral and Recreational Specialist. While things seemed to finally stabilize for Gregory, under the surface things were far from calm. He was having nightmares and anger issues. He started drinking heavily. Instead of seeking help, Gregory decided to bury himself in his work and simply forget about Vietnam for years.

But he could only suppress the demons for so long.

Around his 40th birthday, Gregory had a nervous breakdown and several heart attacks. The nightmares came back worse than ever and suicide became a real possibility. Gregory was diagnosed with PTSD around the same time he was also diagnosed with Kidney and lung cancer, the latter caused by exposure to Agent Orange chemicals from his time in Vietnam.

In 2017, Gregory lost his wife to breast cancer and the thoughts of suicide became a constant. Finally seeking treatment for his PTSD, he was introduced to Service Dogs for America (SDFA) while at a PTSD clinic. SDFA saw that Gregory was a prime candidate for a service dog and was quick to accept him into their program. 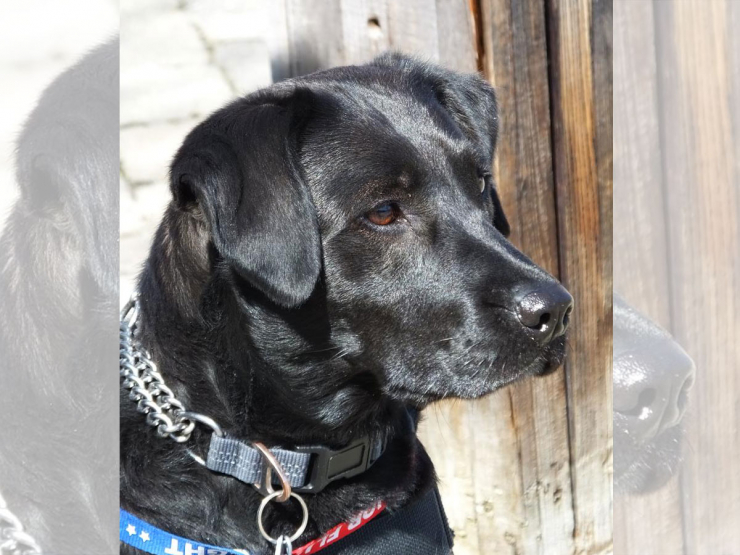 And that’s when Gregory met this 12/10 good girl, Olivia. “She was missing her long tail,” Gregory recounts, “and I’m missing my arm, a perfect match.” During early training, Olivia would rub up against Gregory when he was feeling anxiety. Instinctively, she would shield him from people in crowded hallways. She put Gregory at ease in stressful situations and did wonders for his quality of life. 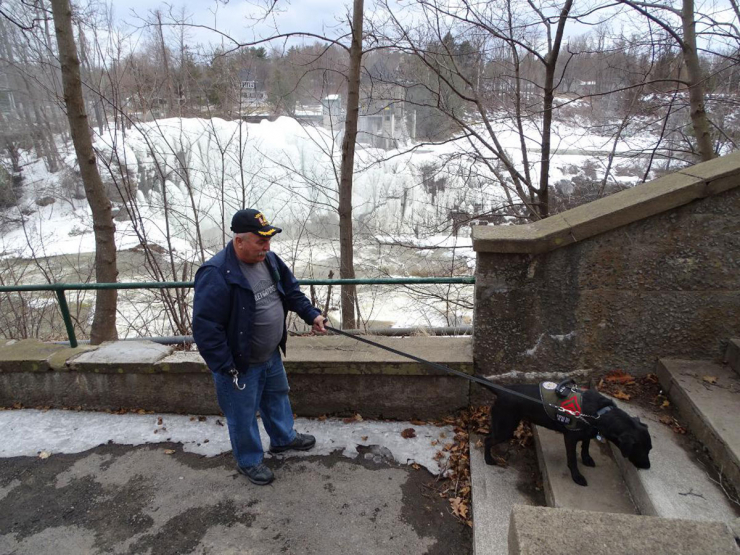 The process of training and matching a service dog with their new owner is just the beginning though. The whole process of acclimating the veteran and dog can take months. That’s why although these service dogs can be life-saving, they come with a hefty price tag. When it came to paying for the second half of the $20,000 it takes to properly place Olivia in Gregory’s care, Service Dogs for America told Gregory about a charity that does incredible things for veterans in need. That’s when we got the call.

Without giving it a second thought, Chive Charities was happy to give Gregory a $10,000 grant to complete Olivia’s training so she and Gregory can become lifelong partners and lean on each other for years to come. 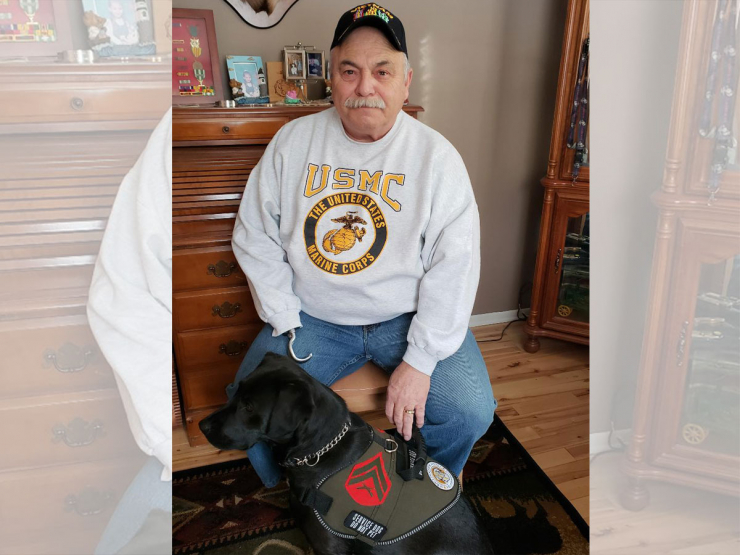