Hope is music to our ears

Matt looked up with the subtlest of smiles into the caring eyes of the country music star that was standing before his wheelchair with a gentle hand extended.

It’s been over a decade since Matt has locked eyes with anyone new and not questioned why he was put on this planet. Life has been extremely tough for the 37-year old former soldier.

But maybe, just maybe, things were finally looking up. Matt recently received some much-needed support and was now surrounded by a new community of friends. The support? That came from Chive Charities. The community? That would be Chive Nation. And the country music star? He was Jon Langston. 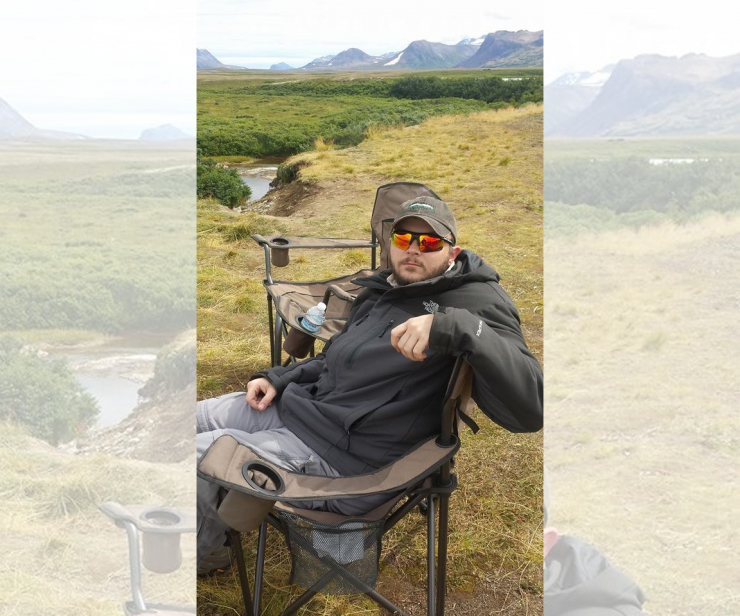 Matt grew up involved in a little bit of everything in Lenoir, North Carolina. From learning about floral arrangements and baking desserts in his grandparents’ shops to playing multiple sports and instruments in the band in high school, Matt was a busy teenager. He even found time to become a volunteer firefighter alongside his uncles before deciding to enlist in the National Guard in 2001. Like so many before him, the events of 9/11 inspired Matt to become active duty.

After two deployments, one in Iraq and another in Afghanistan, the missions began to blur together and reality became warped. That was until an explosion in Kandahar province left Matt on his back staring into the lifeless eyes of a civilian who would haunt him to this day. 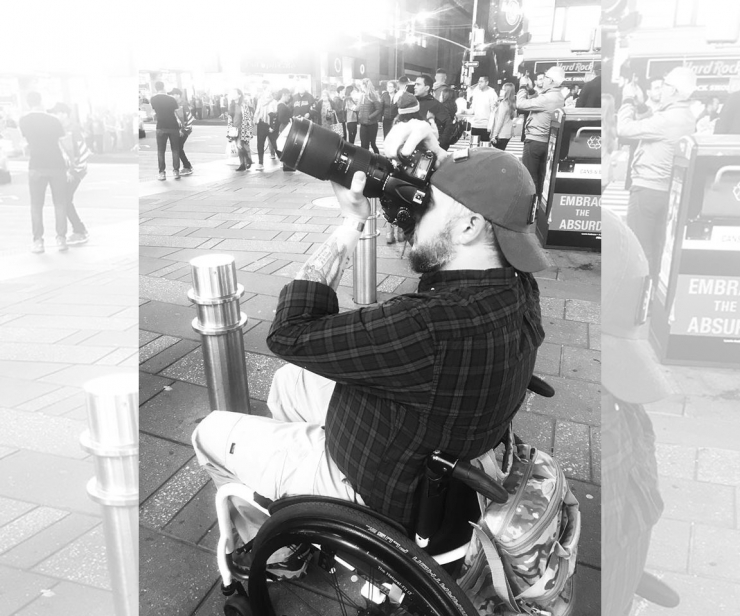 Matt was able to walk away from the incident and was eventually sent stateside for training. During training, however, an unfortunate misstep in a hole almost severed his left Achilles, tearing most of the ligaments and tendons in his ankle. The damage had been done. Although he didn’t know it at the time, the fall would end Matt’s career in the Army and trigger a series of events that would land him in a wheelchair.

Over the coming years, Matt was diagnosed with PTSD, sleep apnea, carpal tunnel, and an undetermined demyelinating disease. The nerve fibers in his brain and spinal cord were damaged, which led to paralysis of Matt’s lower extremities. He would likely be in a wheelchair the rest of his life.

“I was no longer a soldier,” Matt recalled. “I was just a man, and a broken one at that.” 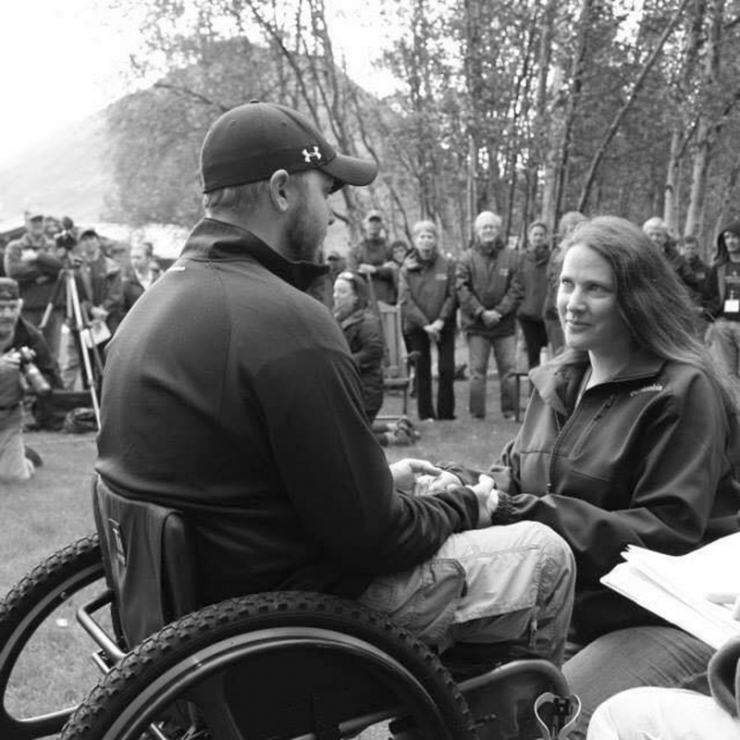 Matt leaned on the strength of his wife, Stephanie, to survive every day and find purpose in life.

At a recent veteran’s retreat, Matt and Stephanie met Melissa Johnson. Melissa recognized the daily struggle Matt was going through and reached out to Chive Charities to see if we could help the veteran in any way. 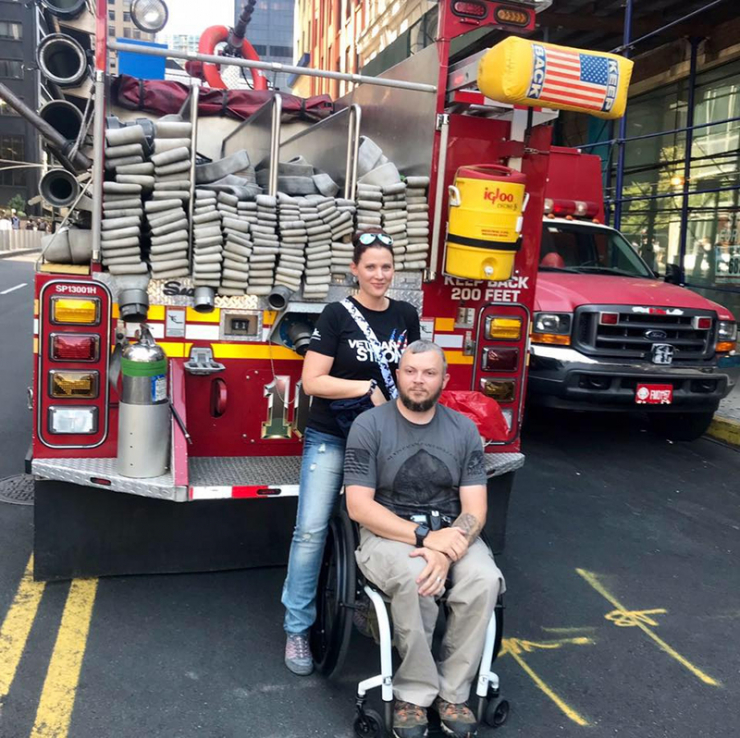 The restorative and positive effects of quality sleep are well documented. During sleep, your body works to support healthy brain function and maintain physical health. The opposite can be true for sleep deprivation, which can cause negative physical, mental and emotional consequences. Those negative effects can become life threatening if low quality sleep is sustained over time. For Matt, quality sleep is something he hasn’t experienced in years. 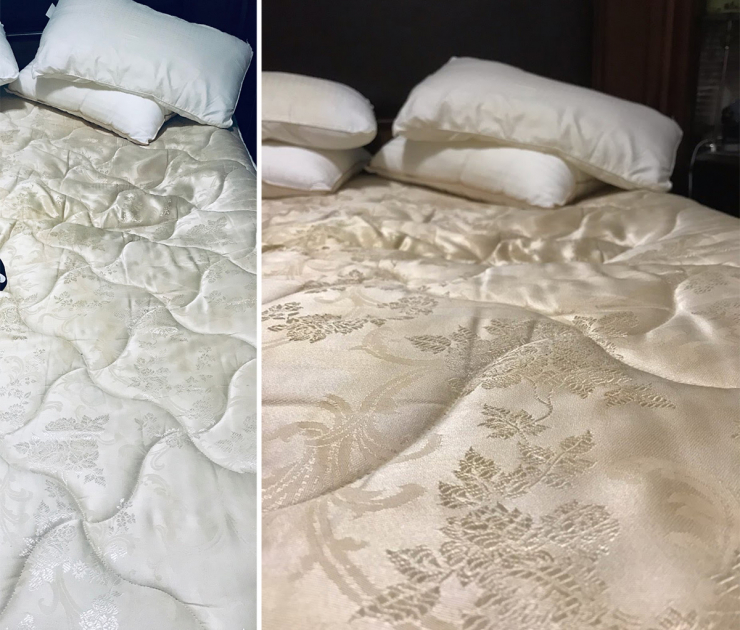 When we first started communicating with Matt and Stephanie, we learned that their mattress had seen better days. If it were a car, the odometer would have passed 200,000 miles long ago. 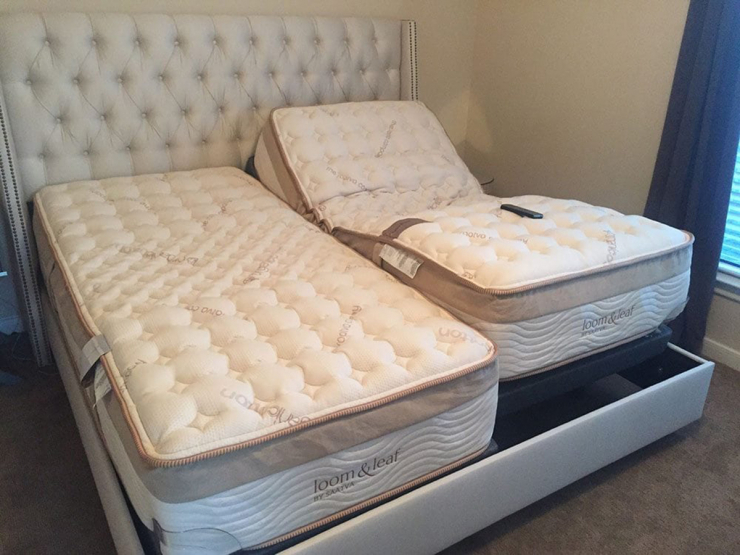 The Chive Charities donors will always support our nation’s heroes in their time of need. So purchasing Matt and Stephanie a brand new Saatva California King bed with adjustable base was the least we could do. We were hoping the $4,200 grant would kick off a series of events that would affect Matt’s life in a positive way for a change. 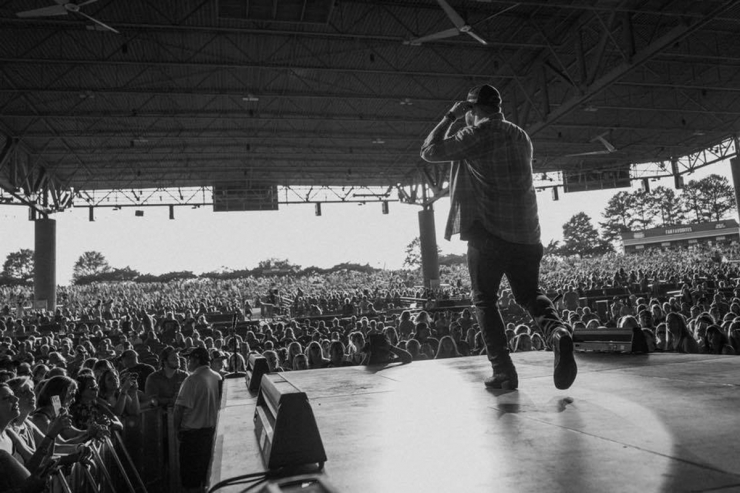 During a recent phone call, Matt let it slip that he was a bit of a country music fan. As fate would have it, fellow Chiver and country star Jon Langston happened to be on tour with Luke Bryan in Pelham, Alabama, just a short ride from Matt’s home. 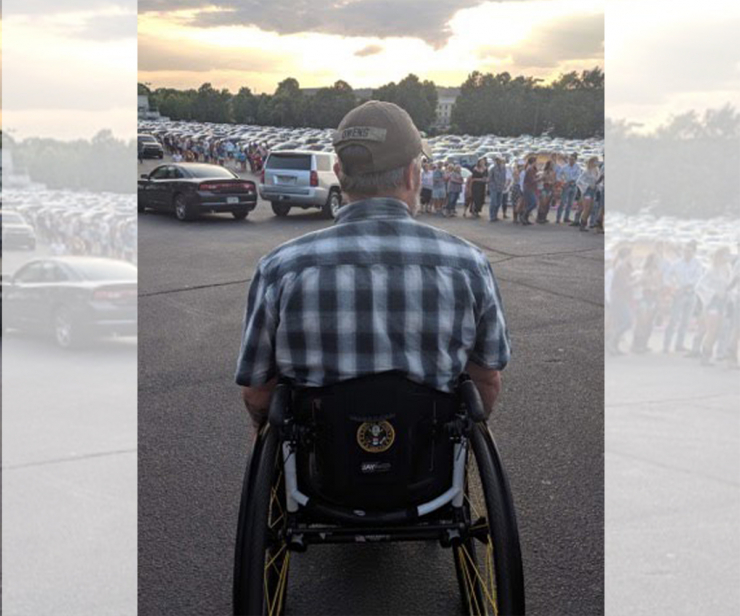 When we reached out to Langston about Matt attending his concert, we received an immediate, “Without a doubt. We’ll give this hero the VIP treatment!” 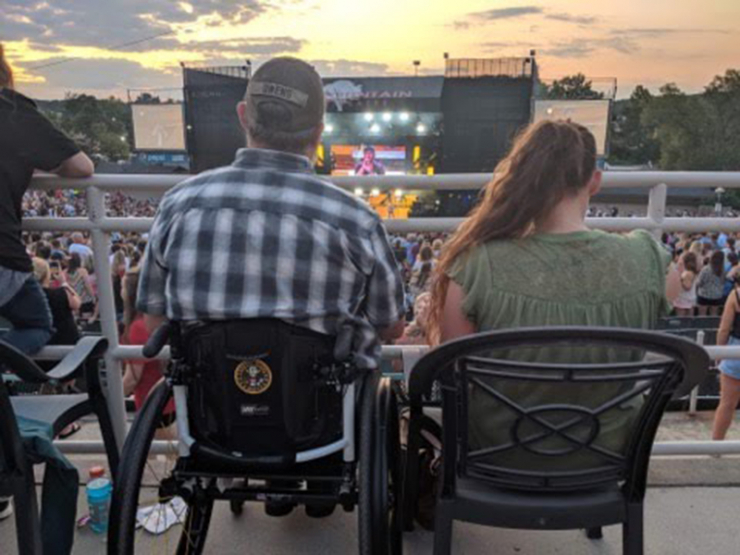 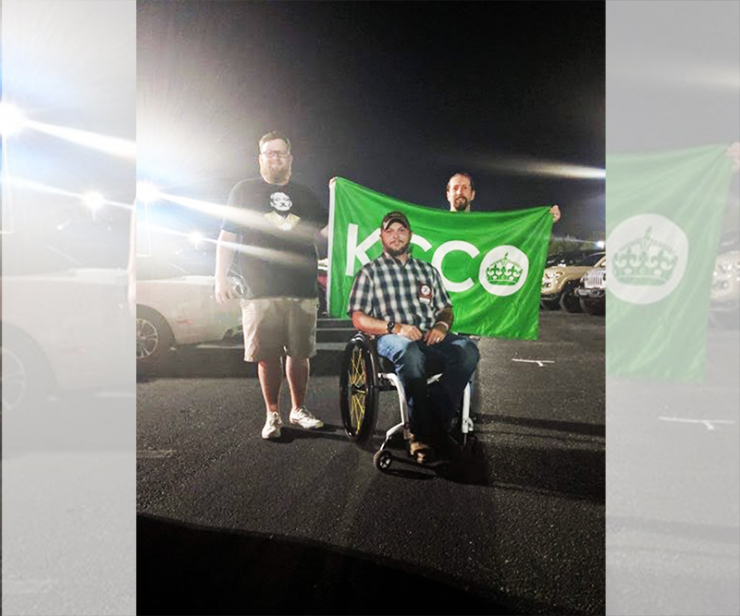 One of the more unique aspects of Chive Charities is the incredible community that surrounds theCHIVE. When we help a recipient, we don’t just forget them. We put them in touch with the local chapters doing incredible work in their areas. We do this not just for the support the chapters provide but also for the lifelong friendships we see these chapters forge with our recipients. Joshua Arney of Chiverhood of the Traveling Pants and Brooks Robinson from the Alabama Chivers chapters accepted Matt into the fold as one of their own. It’s simply what Chive Nation does.

And then there was Jon Langston. 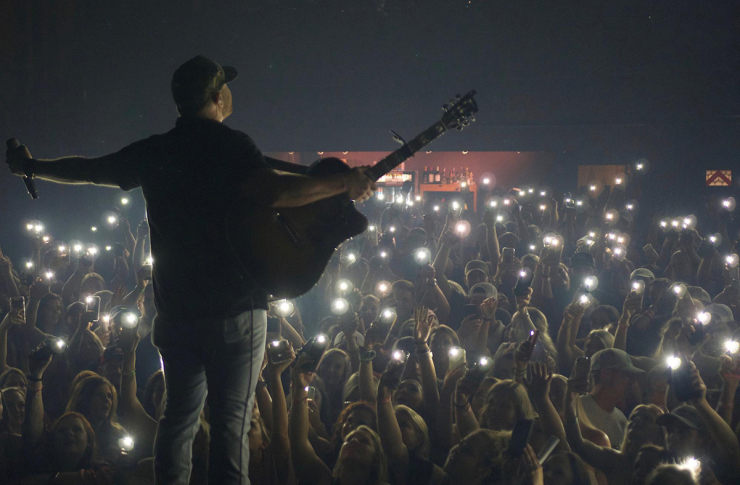 After Luke Bryan and Jon Langston did their thing on stage in front of thousands of fans, a sizeable line queued up backstage to meet the stars.

Seeing Matt and his newfound entourage of supporters, Langston waived the group over to skip the line and spend time with Matt. 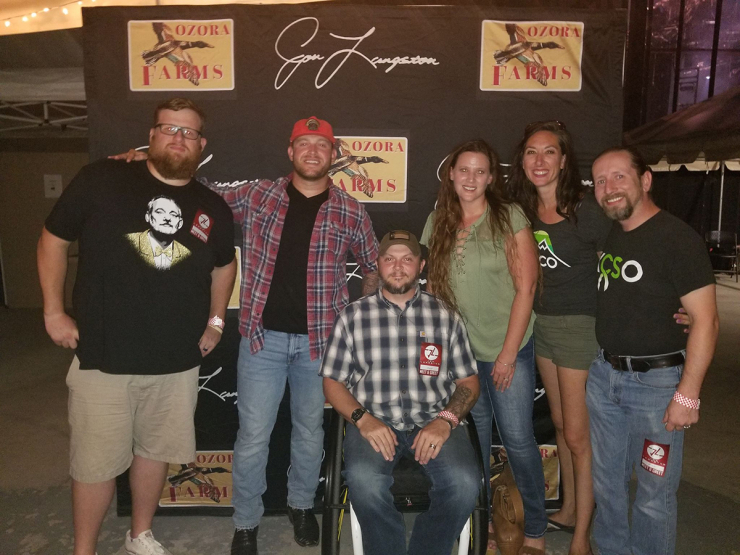 Brandishing his signature subtle smirk, Matt met Langston and introduced his wife Stephanie and his new friends from Chive Nation. The encounter left an impression on Chive Nation Admin Joshua. “The guy controlling the line for the meet and greet was trying to usher us along,” Joshua recounted. “But Jon kept talking and didn’t care about the line.”

It wasn’t just Joshua that was moved though. When we talked to Langston after the concert, he had this to say about meeting Matt: “It was great meeting Matt! We got to hang out and talk about music and fishing for a little bit. He’s an inspiration and a hero.” 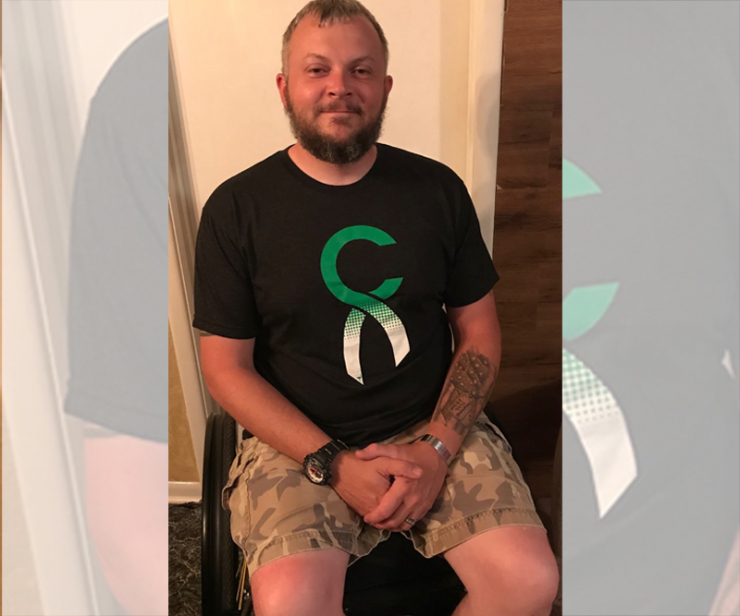 Equipped with a new mattress to help him sleep soundly at night and a community, a couple million strong, that has his back now, we’re hoping to see Matt’s subtle smile a lot more often around here.

If you’d like to help out more veterans like Matt, you can donate to Chive Charities RIGHT HERE.

A huge thank you to Jon Langston and Universal Music Group Nashville for making the concert and meet & greet happen. Jon even wanted to donate an entire private concert to Chive Charities donors at the 7th Annual Green Gala. There’s still time to become a Green Level Donor and qualify for the best party of the year. This year’s theme is Casino Royale, so get your best Bond villain costume ready and bring your dance shoes for the Langston concert.