All the firsts from the Last Frontier

When you think of Alaska, what comes to mind? Arctic temperatures? Rugged landscape? Unforgiving climate?

But 30 years ago, Loraine and Winston Phillips were searching for resources for their daughter, Lori, when Alaska stood out for a completely different reason: its exceptional resources for those with special needs.

Lori was just three months old when her symptoms first began, including jerky movements she would have a few times a day. Doctors didn’t seem overly concerned until Winston was able to capture one of the episodes on video. A neurologist would later confirm what Lori’s parents had been suspecting - she was having 5-15 seizures every day. 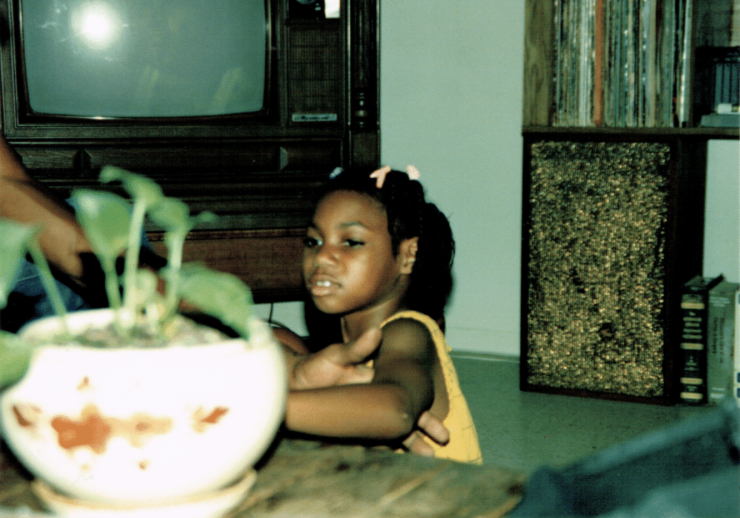 “It was perplexing because she was still developing up until about 9 months, even starting to walk,” Loraine told us. “At that point, though, she stopped progressing and started regressing and we knew it was something serious.”

Lori would later be diagnosed with cerebral palsy and a rare genetic mutation called Rett Syndrome. With this disorder, infants (primarily girls) seem healthy during their first six months or so, but over time, rapidly lose coordination, speech, and use of their hands. Though treatment can help, there’s currently no cure for the disease.

“We had some not-so-great experiences with therapy and schooling for Lori in our home state,” Loraine explained. “I felt like I was facing battle after battle just to get her needs met. It wasn’t too long after that Winston and I agreed...we were going to Alaska.” 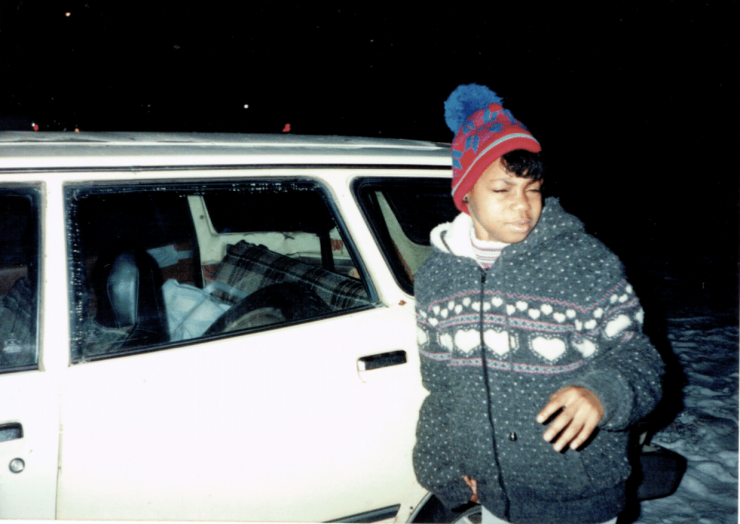 The Last Frontier became the first choice for Lori.

Besides the stunning views and incredible scenery, Alaska also brought a sense of peace and direction to the Phillips. Loraine served on the Alaskan Governor’s Council for people with disabilities, advocating for her daughter and the millions like her with special needs. And Lori immediately began thriving in school and at therapy, learning to walk and talk again and even attending a vocational school where it was her job to shred paper and documents.

She was also always looking like the best version of herself with immaculate hair and fashion.

“Lori has more clothes than anyone I know,” Loraine laughed. “She loves getting her hair done and will look in the mirror and just smile and give it a toss. Her (many) shoes coordinate with her clothes and when she’s all dressed up, she’ll let us know she wants to go out on the town because she’s looking and feeling good.” 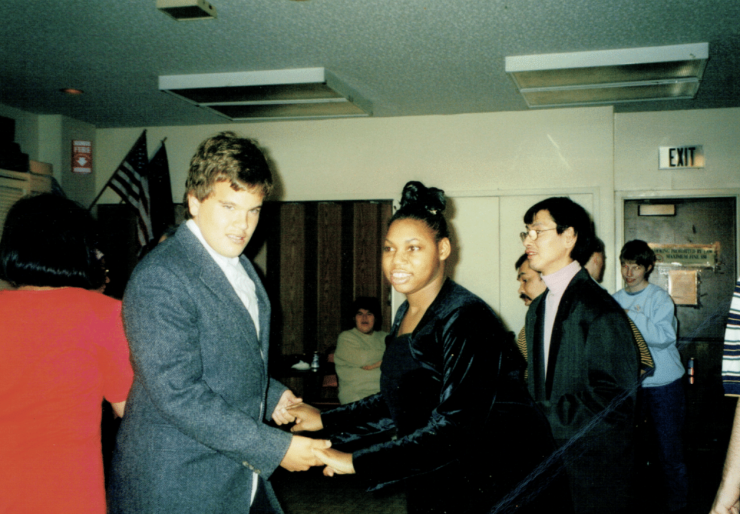 Don’t think for a minute that she took it easy and did anything low-key, though. Alaska brought a lot of firsts to Lori’s life, including her first whitewater rafting experience, numerous camping trips, and even a helicopter ride.

Later, she would compete in track with the Special Olympics and Winston would brag on his daughter and her accomplishments to anyone who would listen.

“She’s a daddy’s girl through and through,” Loraine said. “Winston took her to their first daddy/daughter dance (and of course, Lori looked like a fashion star) and he has always had this way of making her laugh. I’ve been the more serious one who says, ‘C’mon Lori, you have to do this’ and Winston is the fun one who swoops in to cheer her up.” 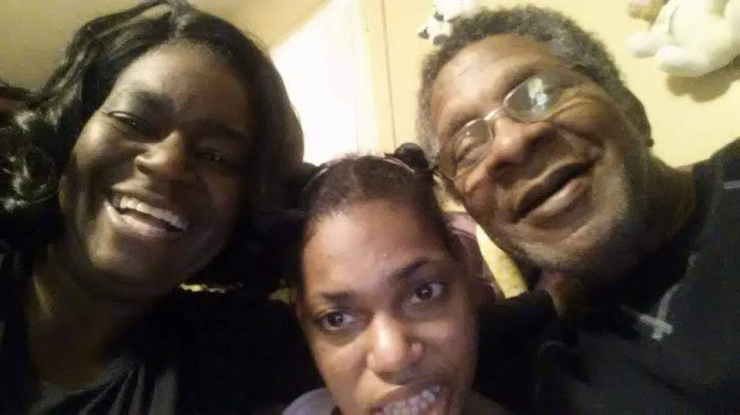 Sadly, in 2019, Winston Phillips died unexpectedly from a brain tumor, and Lori and Loraine’s biggest advocate and partner was gone. The emotional toll was devastating and they continue to mourn his loss today. But it also completely changed how this family navigated their day-to-day challenges.

“Obviously, Lori and I adored her father, and she relied upon him for a large portion of the physical support she needs each day,” Loraine explained. “Now, she relies solely on me, a single parent and her primary caregiver, for all of her support needs.”

Another “first” for this family to navigate. 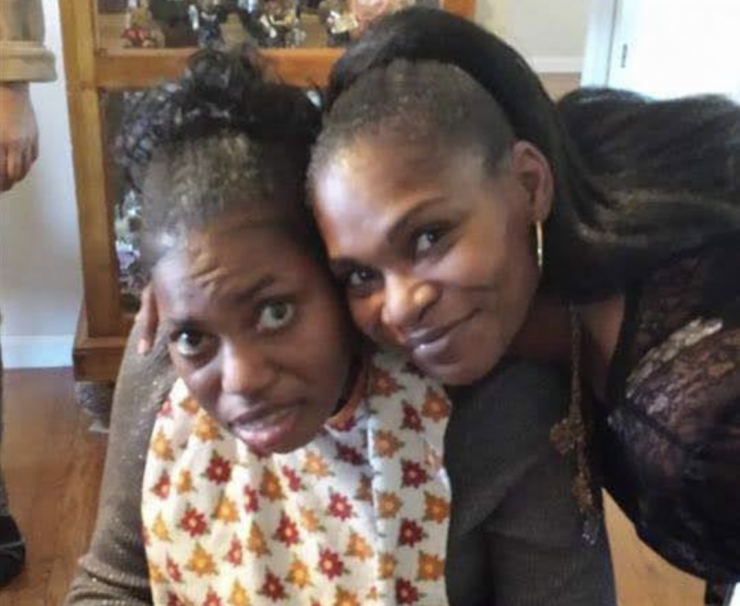 Today, Lori is unable to ambulate on her own and requires a wheelchair to meet her mobility needs, along with hands-on physical assistance when standing and for all transfers and transitions. That’s a lot of work for anyone, let alone a single mom.

But just like anyone else, Lori enjoys being active, wanting to spend time with family and friends, sightseeing from the car with the windows down and music up, and attending church and local dances. 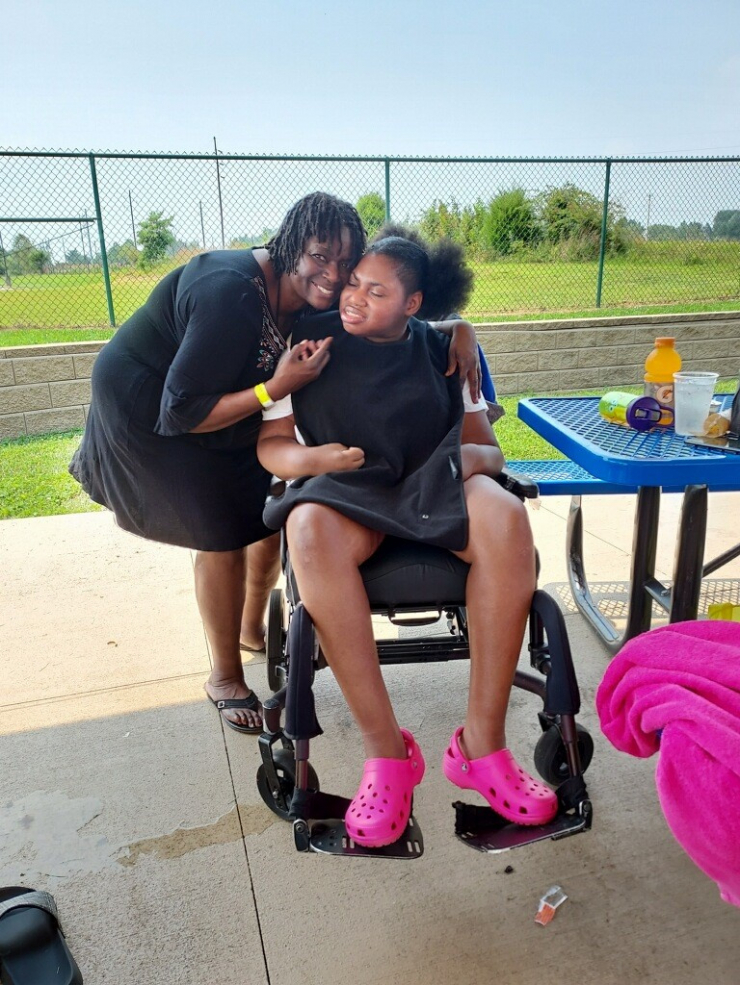 Her hope is to be independent like other women her age, and there have, unfortunately, been many obstacles in the way that have kept that from being easy.

30 years ago, the Phillips uprooted their lives and took the family all the way to “The Last Frontier” in an effort to improve Lori’s quality of life. Today, they need only look to the Chive Nation community and our incredible network of donors for the support she needs. 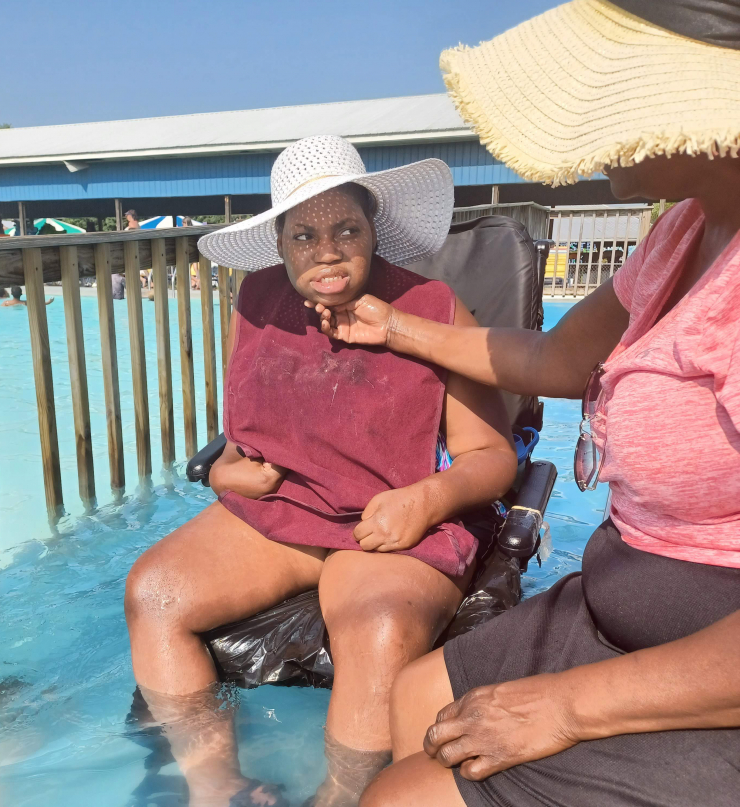 Lori and Loraine already owned a minivan, but after Winston passed away, it became increasingly obvious that Loraine couldn’t safely transfer her grown daughter from her wheelchair to the van. They were in desperate need of a conversion that would eliminate the one barrier in the way of Lori gaining her hard-earned independence.

Our family of supporters did what they do best - they heard a need and they took care of it, reaching into their own pockets (and their own hearts) to champion the underdog. Because of their donations, we were able to fund a 2019 Dodge Grand caravan conversion for a total impact of $21,138. 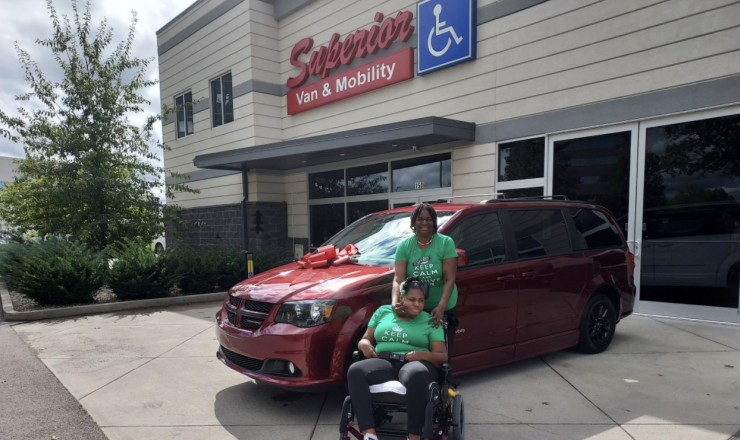 When we asked Loraine to tell us how this would improve their lives, her eyes welled up with tears and through a crack in her voice, she said, “It will change everything.” For a family that has gone to the ends of the earth for their daughter, they don’t take your support lightly.

And for Loraine, watching Lori’s eyes light up and a smile spread across her face every time she’s safely wheeled into that van, there’s no greater joy. So if you’re reading this and wondering what a difference a $5, $10, or $25 a month donation to Chive Charities could do, take it from Loraine:

It could change everything. DONATE HERE.