What's at the end of this tunnel?

When you’re going through something, it can be easy to get weighed down and to feel like the light at the end of the tunnel is farther away than ever before. 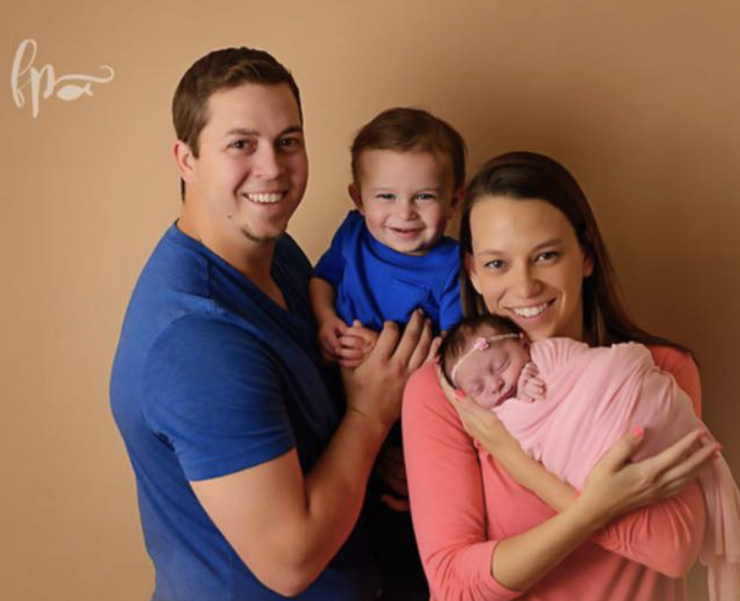 Sometimes, that tunnel is so dark and so long, you’ve forgotten what light looks like. In those times, the only way out is through.

Cary and Samantha W. entered into their own tunnel after the birth of their daughter, Lyvia. 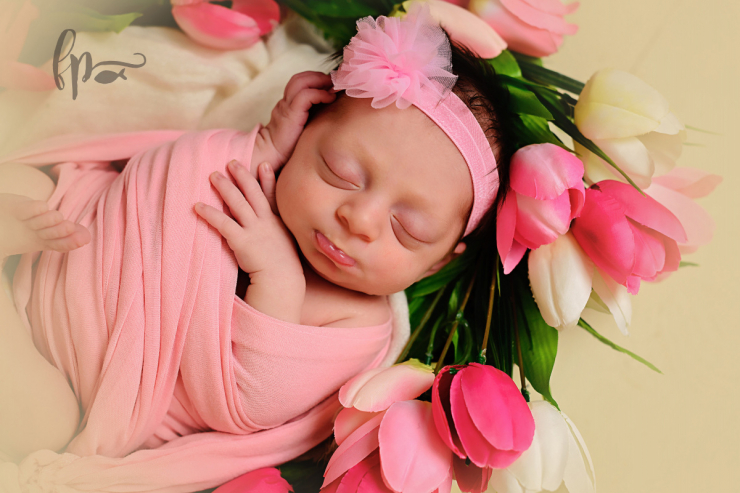 While an initial scare caught them off guard (Lyvia was born with her umbilical cord wrapped around her neck), they didn’t begin to worry about her health until about three months later.

Up to that point, Lyvia was eating and sleeping regularly, smiling, trying to grasp things with her hands, and tracking her older brother Layton’s every move around the room. 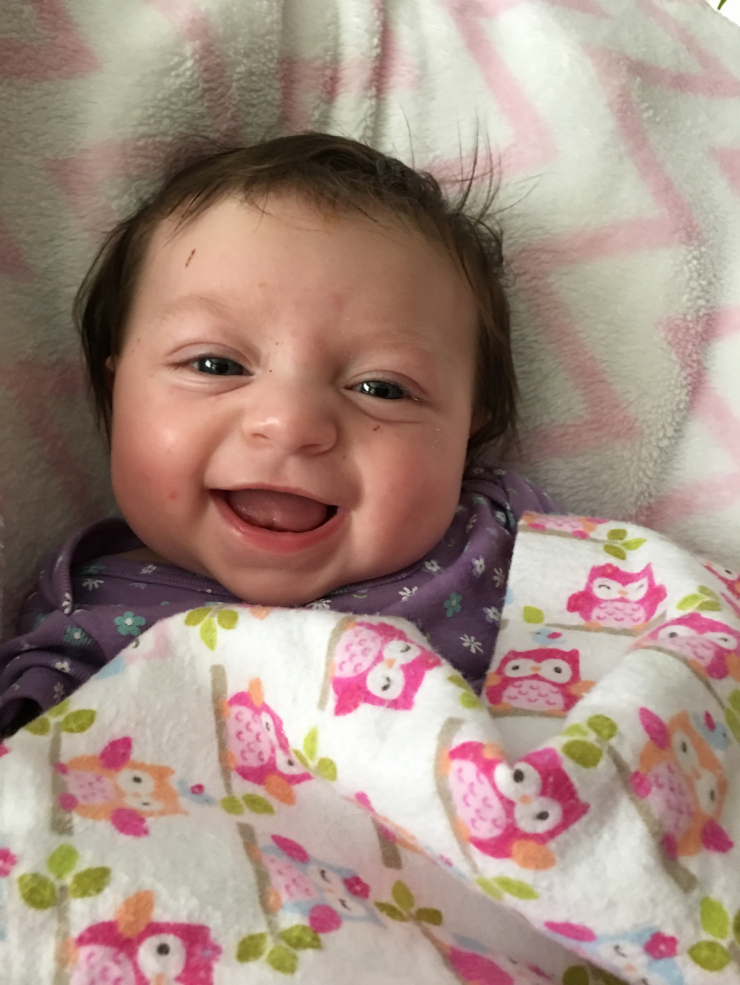 “We noticed Lyvia having sporadic glazed-over looks and involuntary movements,” Samantha explained. “One minute, she’d be fine and the next, she’d lose focus and her eyes would dart back and forth and her body would stiffen.”

Thankfully, her parents were able to capture some of the episodes on video and when they showed the pediatrician, he recommended an EEG. It confirmed that Lyvia was having infantile spasms and the family was referred to genetics and an early steps program for a developmental evaluation. 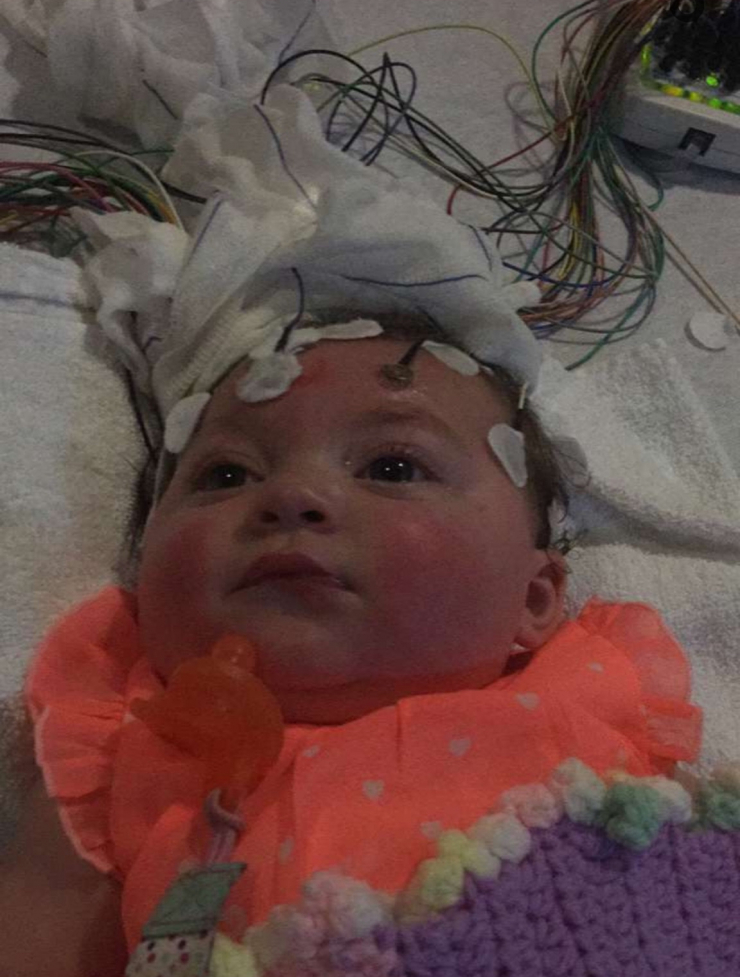 “I realized I would need to quit my job because Lyvia would require full-time care,” said Samantha. “I kept thinking, ‘What happened? How will we save enough money to own a home? Is this permanent? Fixable?’ There were so many questions and no answers in sight.”

The light at the end of the tunnel was out of sight, too. They were fully on the journey with their daughter now, each month bringing more questions, fears, doubts. Each doctor visit or appointment revealing more of her story, like a book with new pages added each day. If only they could read ahead. 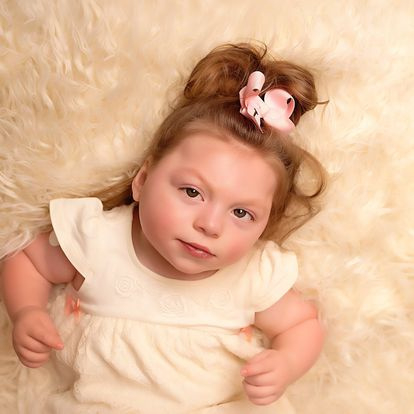 Six months
Lyvia is diagnosed with Microcephaly, a condition in which the baby’s head is significantly smaller than expected, often due to abnormal brain development.

Internet searches gave way to feelings of despair and heartbreak, and Samantha was grappling with the diagnosis while trying to sustain some semblance of normalcy at home.

Clean the house. Make dinner. Take care of Lyvia and Layton. Push through. 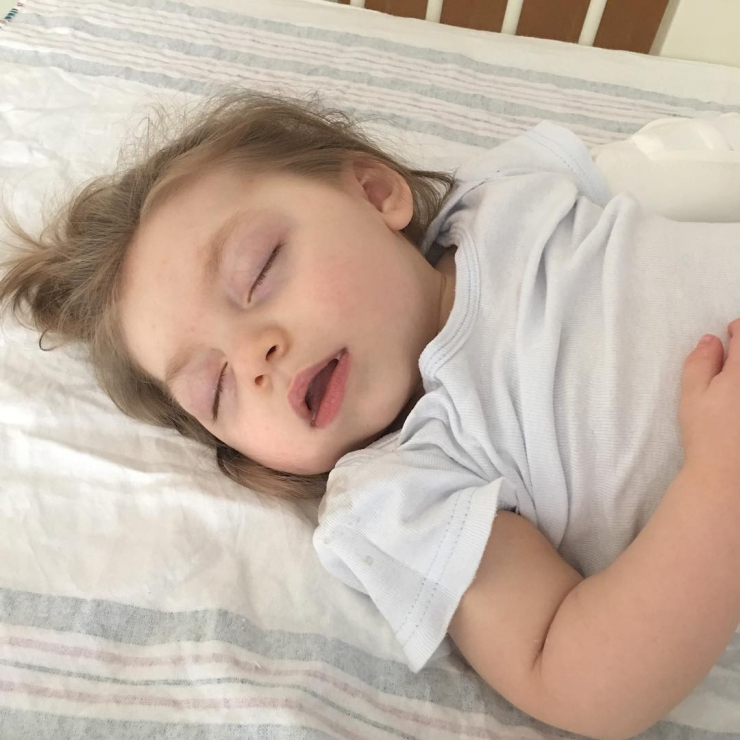 Seven months
The ophthalmologist confirmed that their daughter is cortically blind, meaning she sees shadows and varying degrees of color - mostly red and yellow - but no definition or depth. Wham! Another devastating blow. She also has hypotonia and her muscles retain a certain amount of tension and stiffness that causes her pain. Samantha and Cary are reeling.

Buckle her in the car seat. The positioning makes her cry. I cry with her.

Nine months
Lyvia is unable to sit up or rollover, but she knows the voices of her family. They’ve hung red twinkle lights across her room to help strengthen eye movement. She’s constantly hot and red all over her body, so an A/C unit is added to her room along with central air to make it cool enough. Electric bills will never be the same, topping out at $300 each month.

No baby food, yet - just formula. My medical knowledge increases by the day. Is this how a nurse feels? Keep pushing forward. 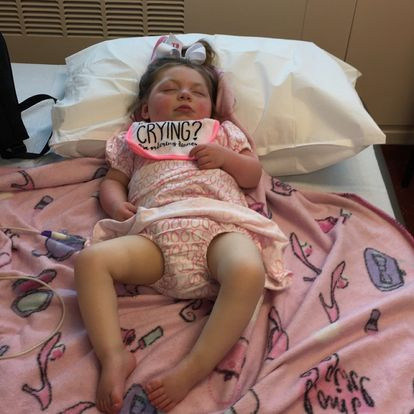 One year
Happy birthday, Lyvia! She has such beautiful hair, thick and wavy. She cries a lot from the muscle pain and stiffness, but when they massage her legs, she gets this big open mouth that looks like a smile and brings so much joy to their lives.

Doctors tell us to keep up the good work. Feedings take an hour and she still needs to be cradled like a baby, but we’ll do anything for her. Keep her comfortable. Keep her out of pain. 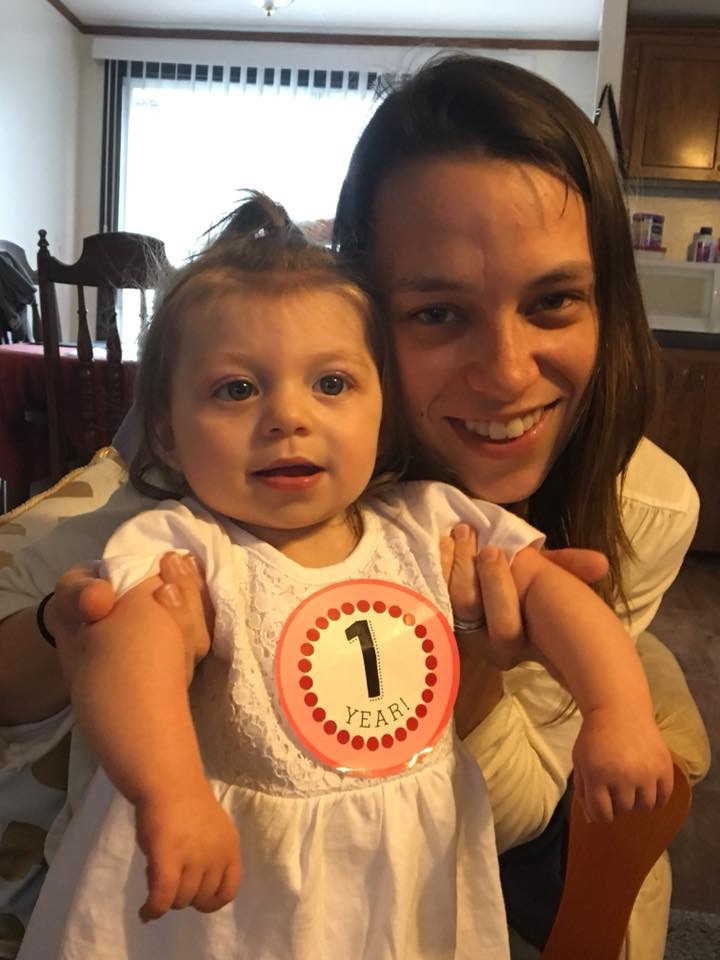 Seeing the comparative MRIs over time is shocking, and Lyvia’s parents are told that she basically has 25% brain function left. However, her brain stem, which controls basic survival functions, is perfectly healthy. They learn of another new diagnosis: Autonomic dysfunction and congenital hypotonia. Her doctors take some blood for genetic testing.

Add new medications to her existing spreadsheet. Cry. Hug and cry more. Wipe my tears and move on - friends, family, care teams, and even strangers are so supportive. Did I eat today? 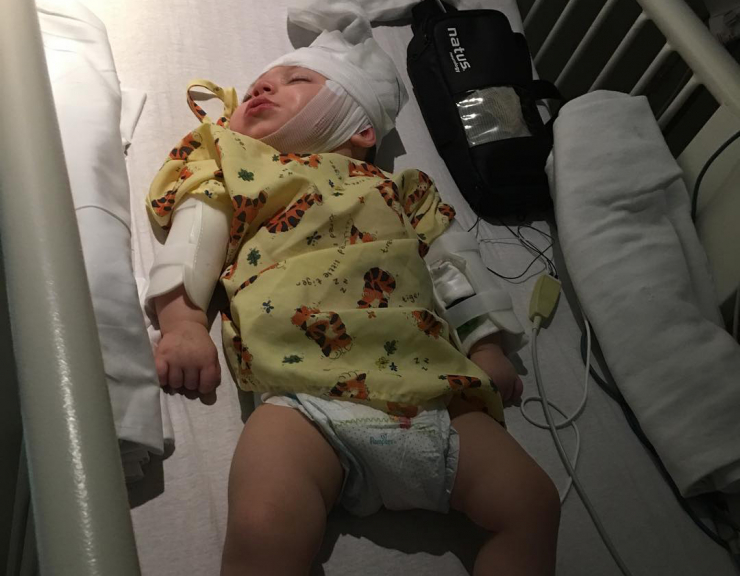 Two years
Happy birthday, Lyvia! Genetic test results are back and the family learns that their girl has a pathogenic variant in the TRAPPC4 gene, which makes her 1-of-18 known cases in the world and the only one in the United States with this neurological genetic disorder. There isn’t a lot of raw data, but if she stays healthy, Lyvia could live to be in her 40s. This is great news, but also daunting for them.

A lifetime of measuring medications and food through a feeding tube. Driving and riding (which is no fun for her) to appointments. Diaper changes, baths, juggling between husband, kids, and self. Just take it one day at a time and love them all unconditionally - Layton, Lyvia, and our newest daughter, Ruby. When is the last time I cut my hair? 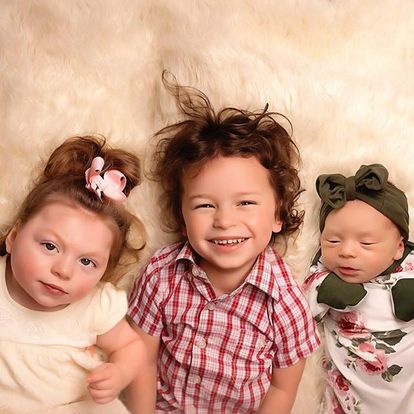 ...And after
The months and years since Lyvia’s birth and diagnosis continue to pass in a blur of appointments, new diagnoses, treatments, care, love, and attention. She endures surgeries, extended hospital stays, and ongoing battles with social security to maintain her critical benefits. The family has seen the darkest parts of the tunnel, but they’ve also seen the flashes of light, the small glimmers of hope that keep them moving forward.

The only way is through. 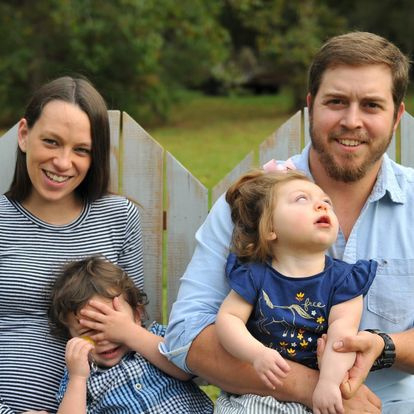 When Lyvia was four, the family quickly realized that the Ford Fiesta Samantha had been driving since high school was not going to be a long-term solution to transporting three kids - especially one with complex medical needs and extensive equipment.

Thanks to the referral from their social worker at the Bower Lyman Center for the Medically Complex, Samantha and Cary learned of an organization that was pretty good at making dreams like theirs come true: Chive Charities. 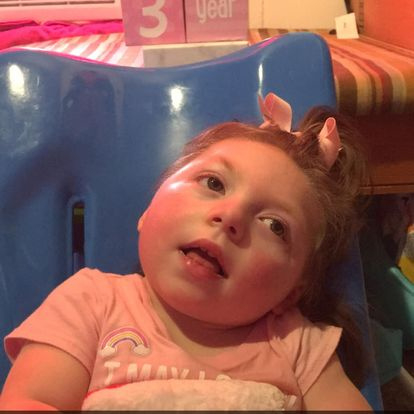 Sent application to Chive Charities! Crossing fingers. In for a penny, in for a pound. Now to wait and see.

With the support of our incredible donor family, that wait is over. Samantha, Cary, Layton, Lyvia, and Ruby received an answer to their prayers in the form of a 2019 Dodge Grand Caravan from our friends and partners at AMS Vans. The total impact: $41,754. 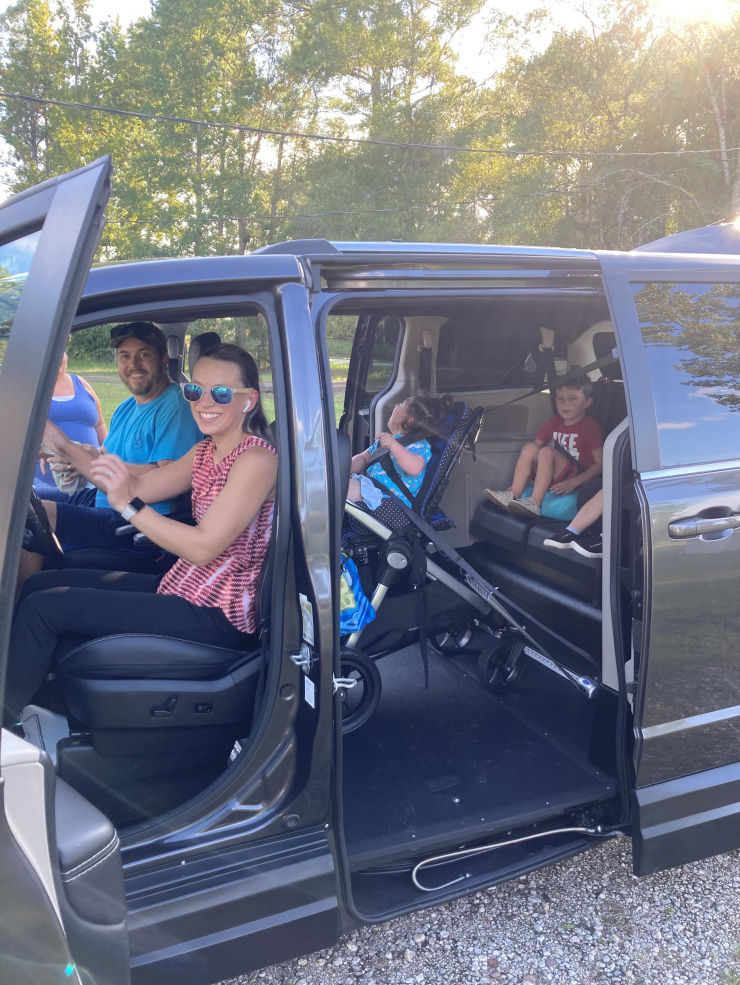 When it feels like the weight of the world is on your shoulders and you’re in the darkest part of your journey, it can be hard to see the glimmer of hope shining ahead.

Through the good times.

Through the fear and uncertainty.

For this deserving family, their hope came through the support of donors like you. Become that light at the end of the tunnel for other rare medical, veteran, and first responder recipients in need, just like theirs. DONATE HERE.