A difficult journey is finally easier

If you had to pick a walk-up song, what would it be? Something totally you to fire you up before going out to crush the day. 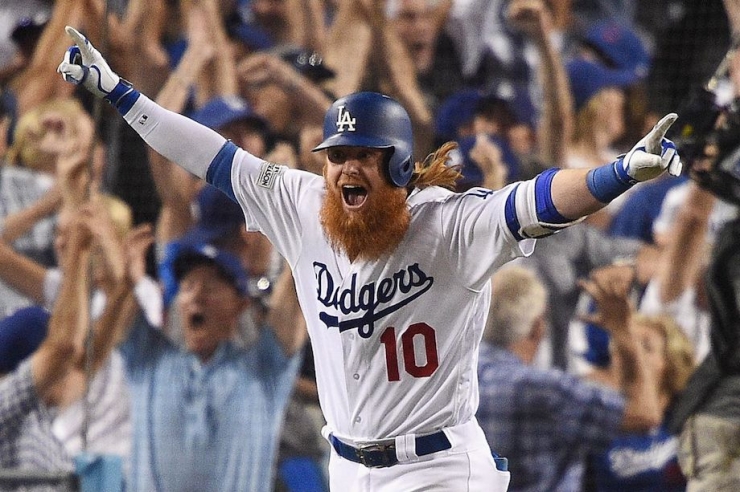 Justin Turner’s pick last season was Ed Sheeran’s Shape of You, an interesting departure from the 90s rap and hip-hop sweeping ballparks across the country but a choice that seems to have worked out alright for JT.

Besides all the Dre, Run DMC, and Nelly blasting through stadium PAs, there were also a few TV theme songs (Game of Thrones, Friends), some long-standing classics (Thunderstruck, Bad Boys, Back in Black), and a handful of head-scratchers, like Mets outfielder Yoenis Cespedes’ selection from The Lion King.

The interesting thing about walk-up songs isn’t the peek into a player’s personality, or finding out your favorite baller likes the same music you like, it’s about the very real physical and mental impact music has on the human body. You can see it happening – the batter’s confidence rising, the crowd getting pumped, dance parties in the aisles because people just can’t resist their favorite jam...science!

Seriously, music has the power to soothe the mind, increase the body’s ability to heal, and resonate deep within regardless of language, sight, or even hearing. When other forms of communication fall short, music can reach people who would otherwise be unreachable. People like Brittany. 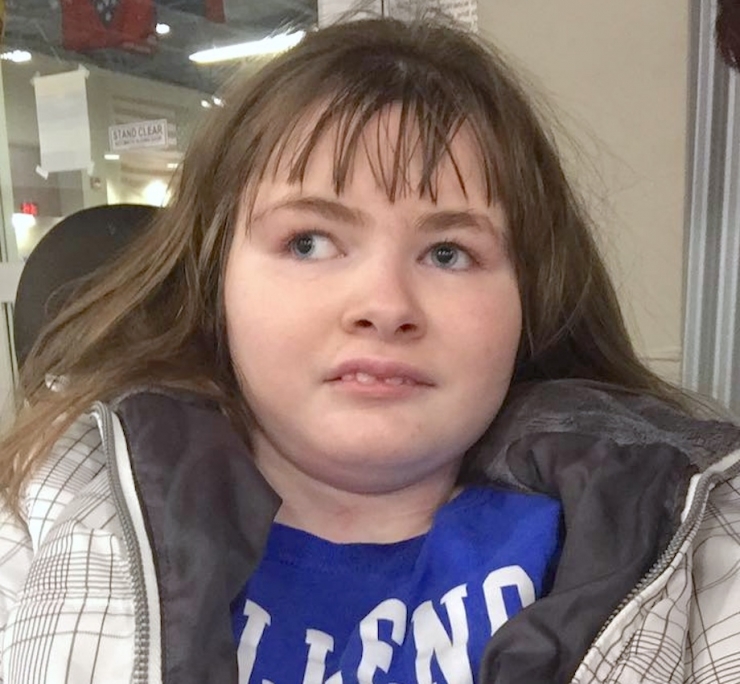 Until she was around two years old, Brittany was a normal, precocious toddler. She hit her milestones on time and loved the things little kids love, and no one in her family suspected there was anything wrong. They were more concerned with her well-being than her wellness, and when the court decided she was no longer safe with her biological mother, Brittany’s grandmother and Aunt Lisa took her in. It wasn’t long before they realized Brittany needed help. 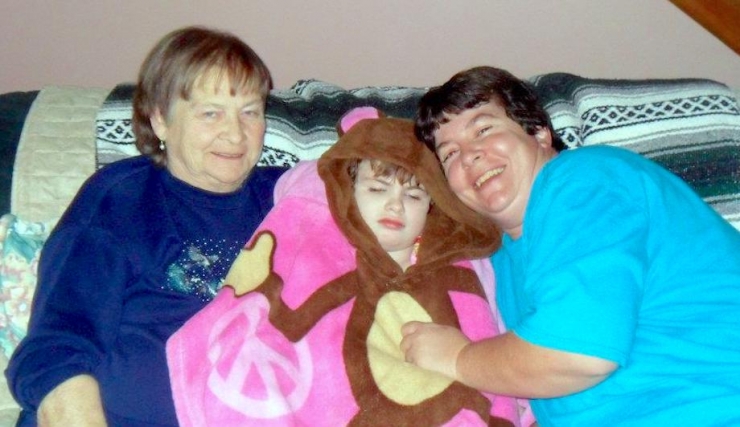 “What made you think something was wrong with Brittany?” I asked Lisa. She paused for a moment, laughed, and reminded me it had been 15 years since the journey began.

“When we got Brittany, she had stopped walking and talking, her health was declining,” Lisa remembered. “She had been abused, but we knew there was more going on with her health.” The quest for a diagnosis began; specialist after specialist, test after test, until finally, they had an answer. 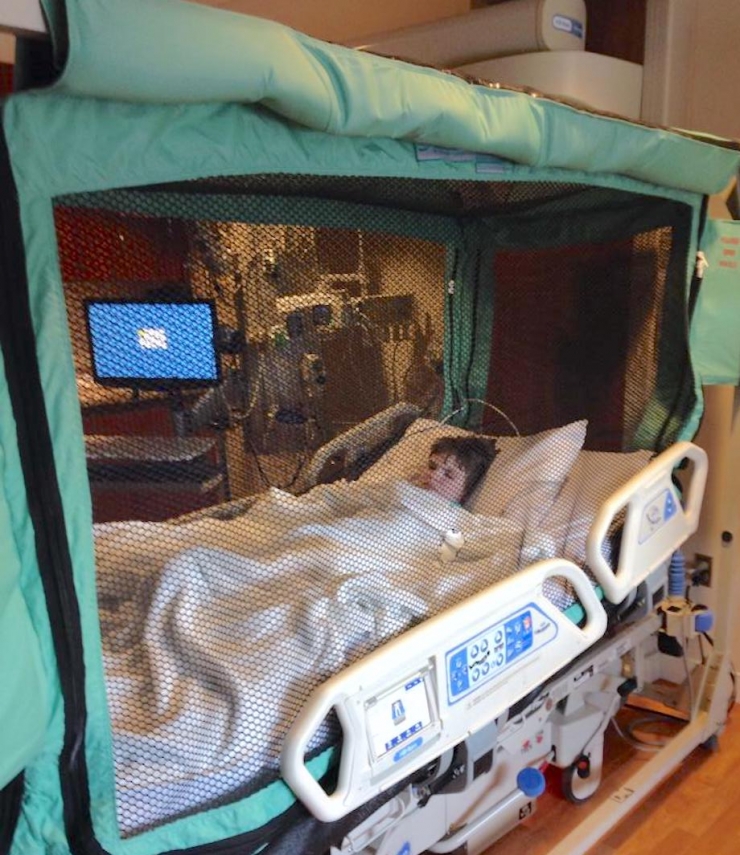 Geneticists at Riley Children’s Hospital in Indianapolis explained Brittany had GM1 Gangliosidosis, a progressive genetic neurological disorder that destroys nerve cells in the brain and spinal cord. Symptoms include decreased development, weakened muscles, regression, and an exaggerated startle reflex. It’s an aggressive disorder without a cure, making quality of life the most important thing for kids fighting this battle. 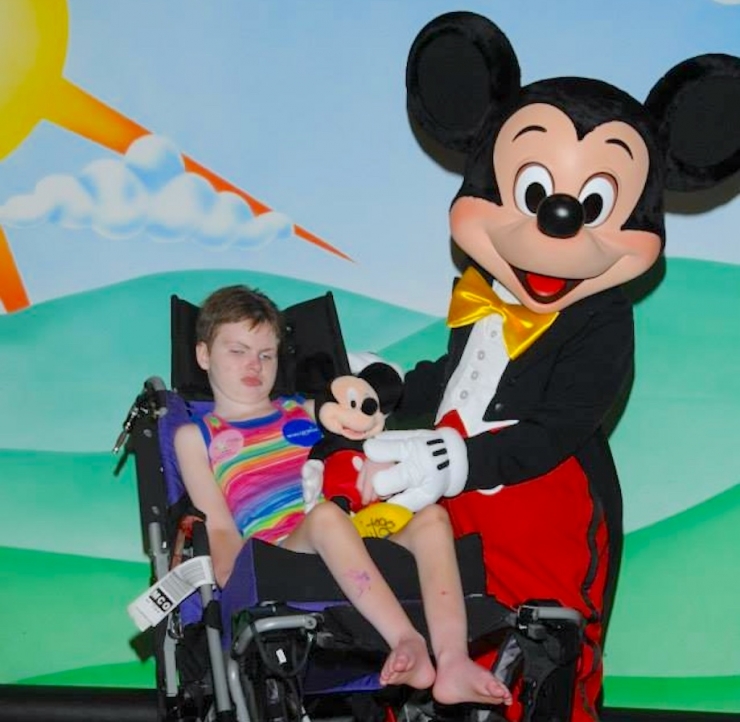 Lisa and her mom weren’t sure how much time they would have with Brittany, but they were determined to make her life as normal as possible. 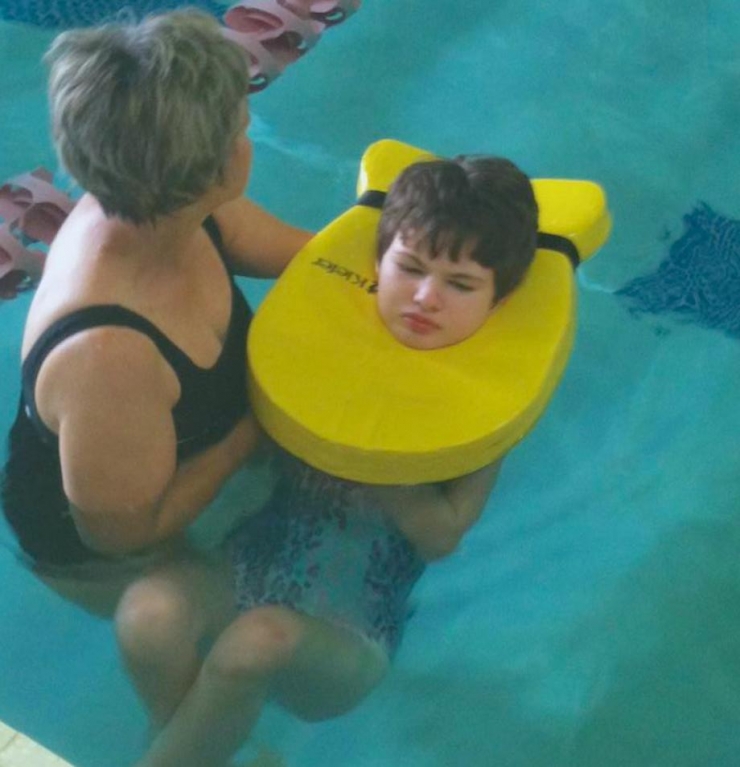 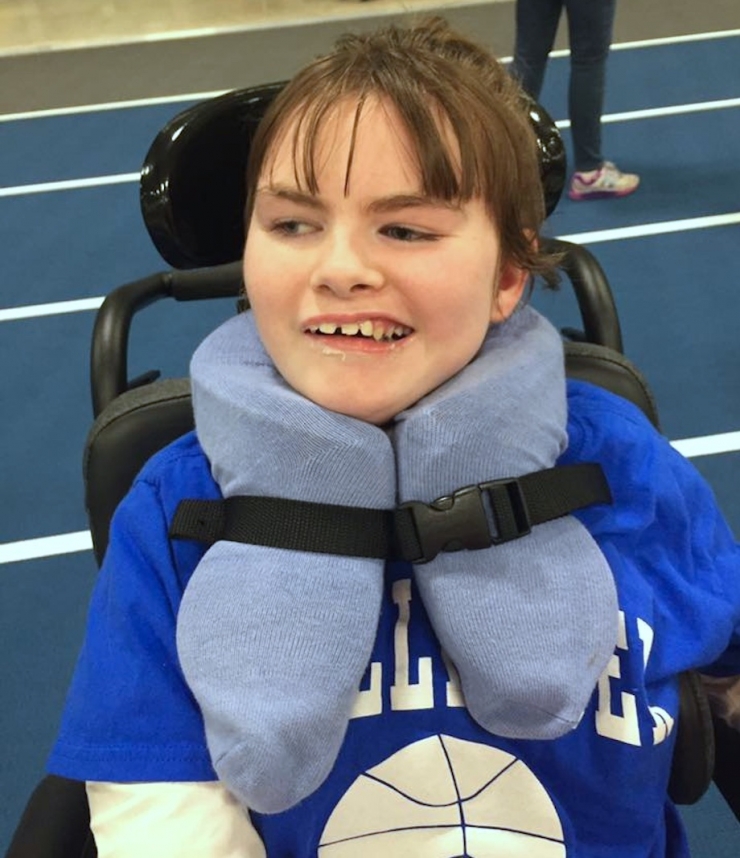 Plays on an adaptive basketball team. 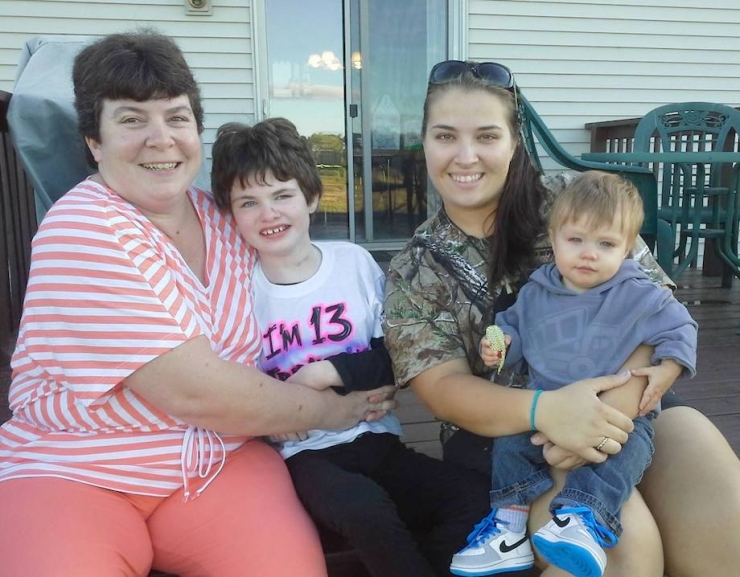 Hangs with the fam. 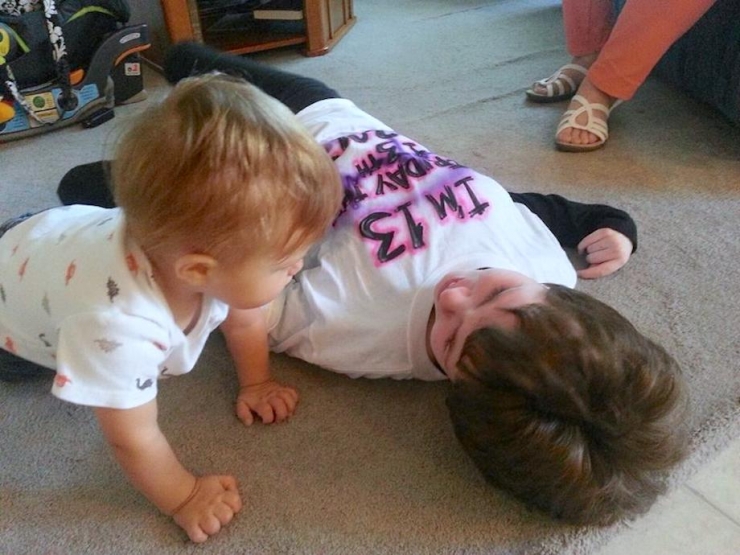 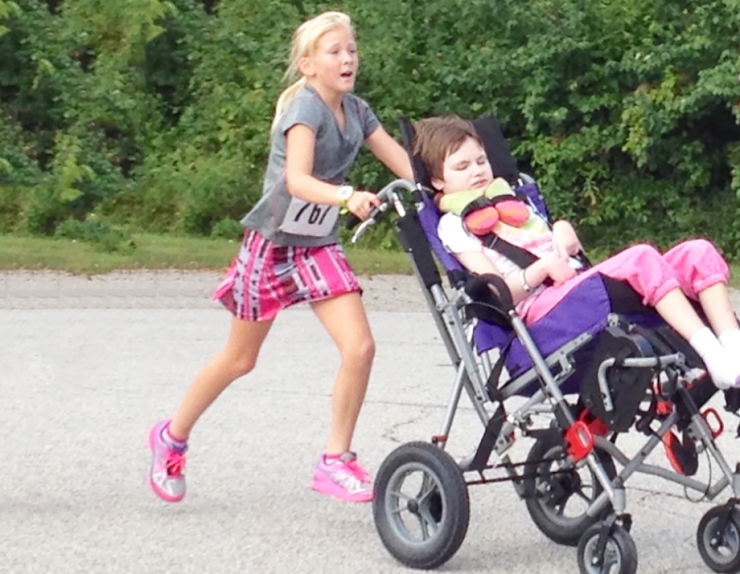 And has a few very special friends. 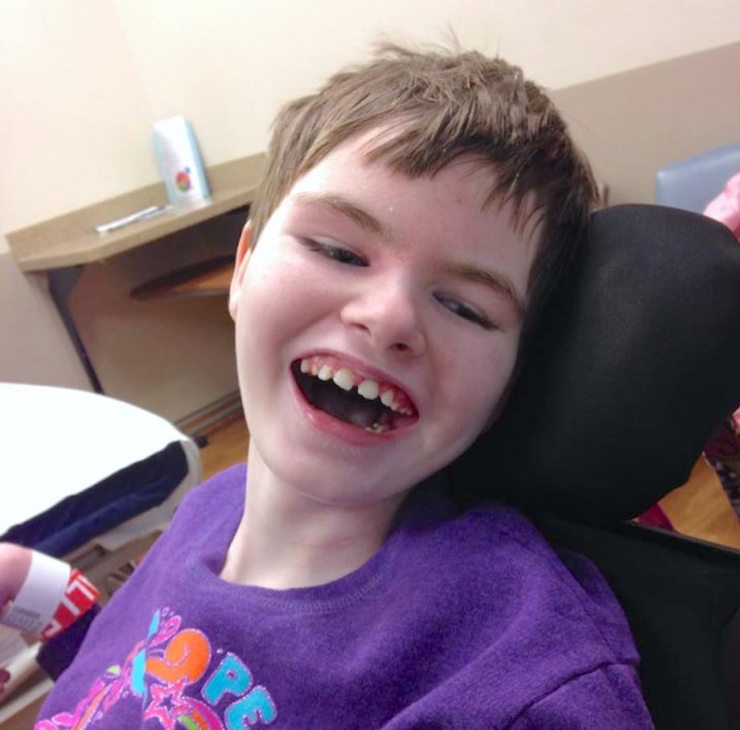 But her favorite thing, Lisa said, is listen to music. “Brittany doesn’t talk, she doesn’t interact a whole lot, but you can tell she loves music.” Then she told us about a Tim McGraw cover artist she and her mom used to take Brittany to see and it all clicked into place.

“She absolutely loved hearing him sing. The last time we went to that show, we were sitting in the front row, and he came right down to Brittany and sang to her in her wheelchair. She was grinning from ear to ear...you should have seen her smile.” 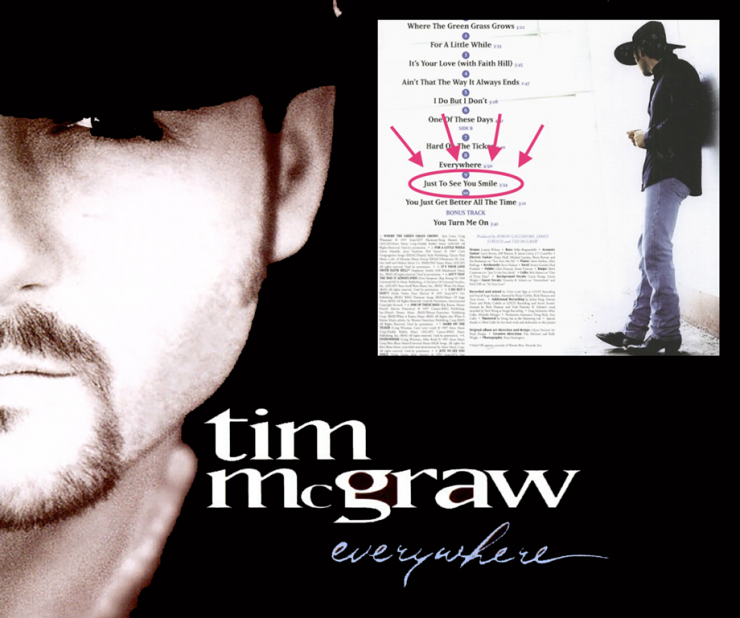 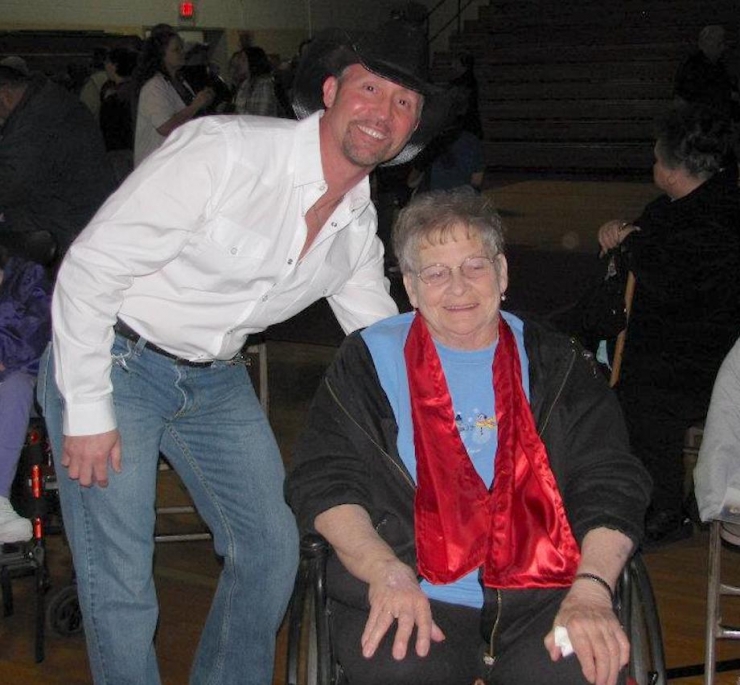 Lisa’s mom passed away in 2012, so now it's just her and Brittany, and they haven't been to see the show since. Partly because life is different when someone you love isn’t there to share the things you enjoyed together, and partly because getting around is so much harder now that Brittany is older. 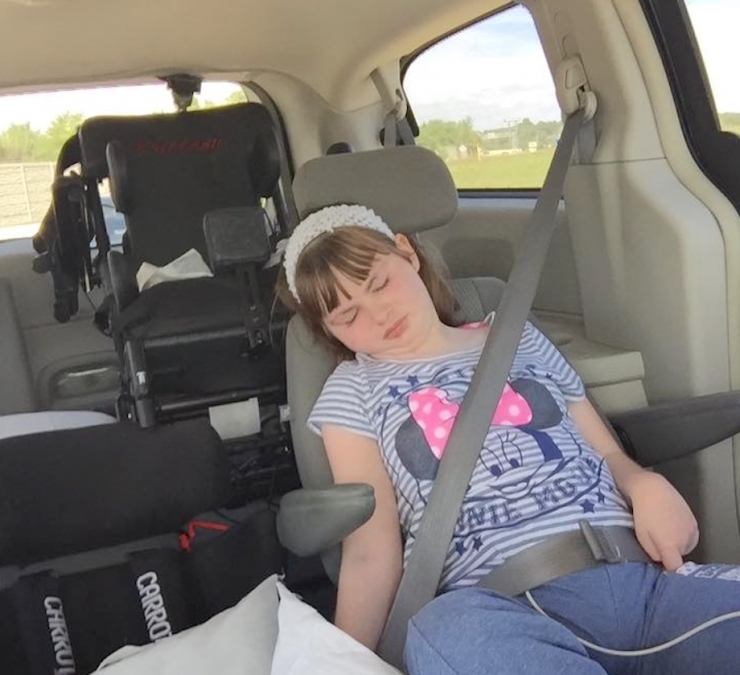 Moving her out of her wheelchair and into the car, then out of the car and back into the chair is back-breaking work for Lisa and tough on Brittany’s fragile body. They just can’t do it much anymore, and the world is closing in. 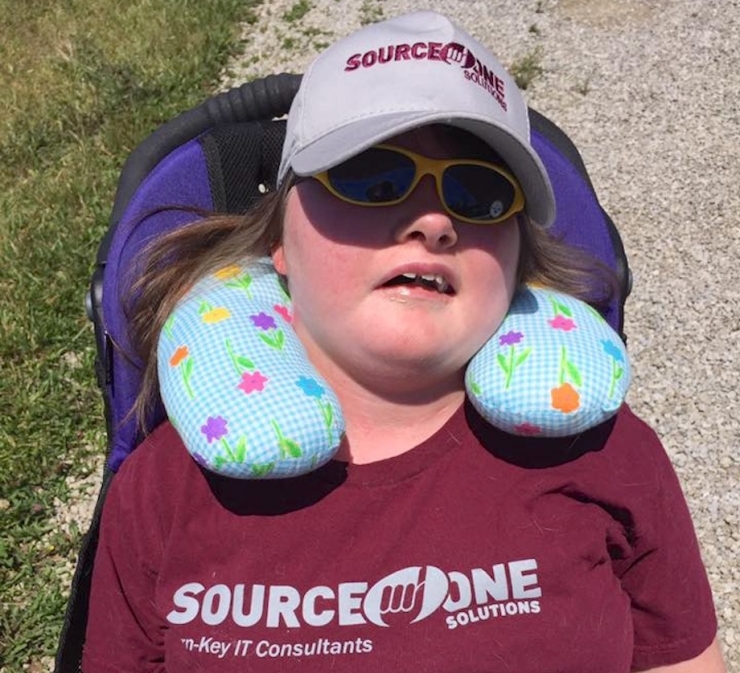 “If we had a wheelchair-accessible van, we could do so much more. The nurses who care for her during the day could take her out, instead of being confined to our home. We could go to the mall, to the lake, travel to see family. We could go to concerts like we used to.”

That was all we needed to hear. 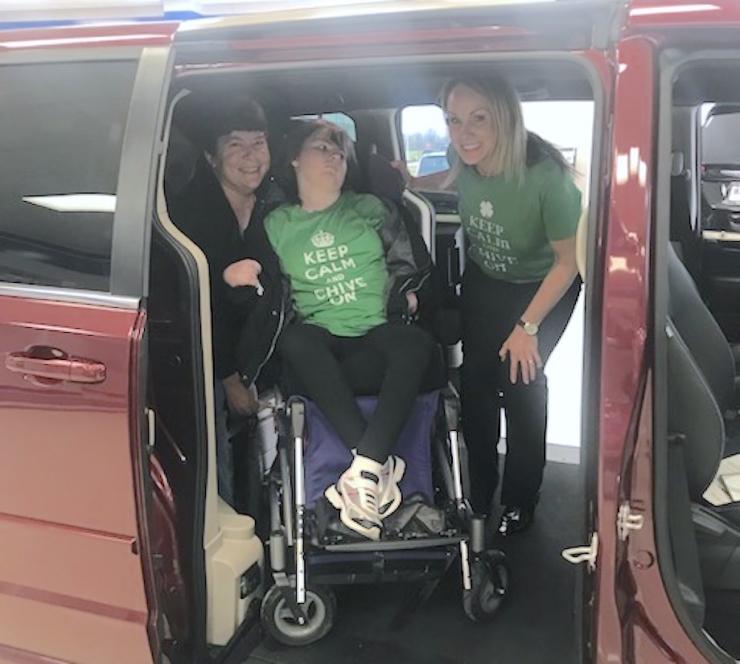 Chive Charities had the privilege of giving Lisa and Brittany a $52,000 grant for a brand new wheelchair-accessible Dodge Caravan. It’s a gift we’re able to give somewhat often thanks to the generosity of our monthly Green Ribbon donors, and a truly life-changing moment for families in need. 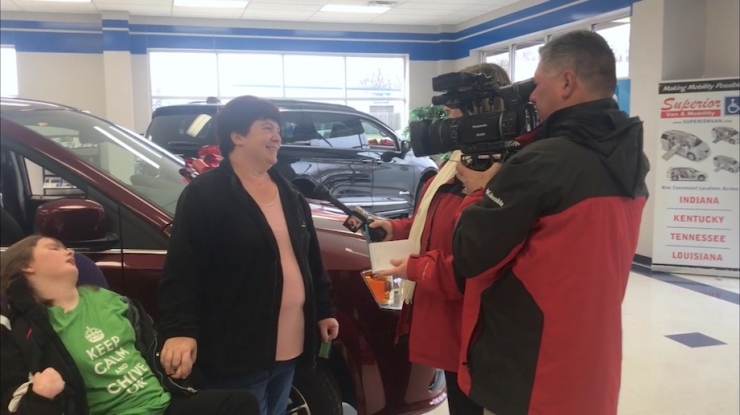 Such an exciting moment, in fact, the Fort Wayne ABC affiliate came out to film Van Day, calling it “a gift from strangers that embodies the meaning of the holiday season of giving.” That sums it up nicely, don’t you think? 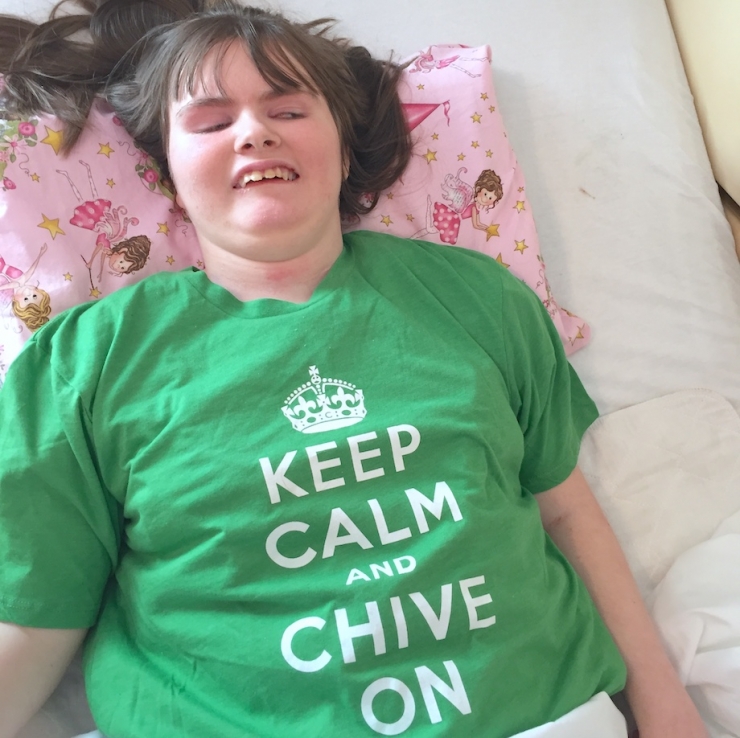 Restoring Brittany’s mobility, and more importantly, her freedom, is the best possible way to close out 2017. This year Chive Charities granted more than $2M to the underdogs – two million!! 2018 will be even bigger, but we need YOU (and possibly two or four of your closest friends) to make it happen. Click HERE to become one of the Green Ribbon superheroes helping people like Brittany every single day.