Between a rock and a hard place

On April 26, 2003, Aron Ralston went for a hike into the Bluejohn canyon in southeastern Utah and came back out 127 hours later without his right hand and forearm.

When he wrote a book - aptly titled, Between a Rock and a Hard Place - he detailed the events that led to the life-changing moment where he faced the grim reality of dying with his arm pinned against a rock wall or severing his forearm and hand and surviving. 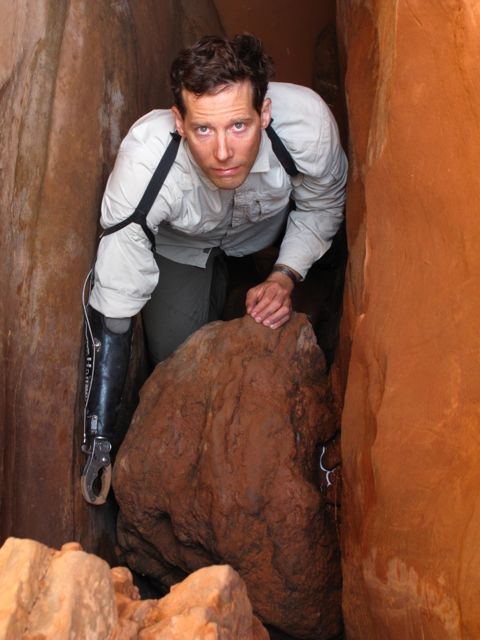 The rural farming town of Cottonwood, Minnesota is known for its sense of community. At 1,200 residents strong, everyone knows everyone. They know the rhythm and flow of each other’s day - what was typical, what wasn’t - and that ability to recognize something atypical saved Brad’s life. 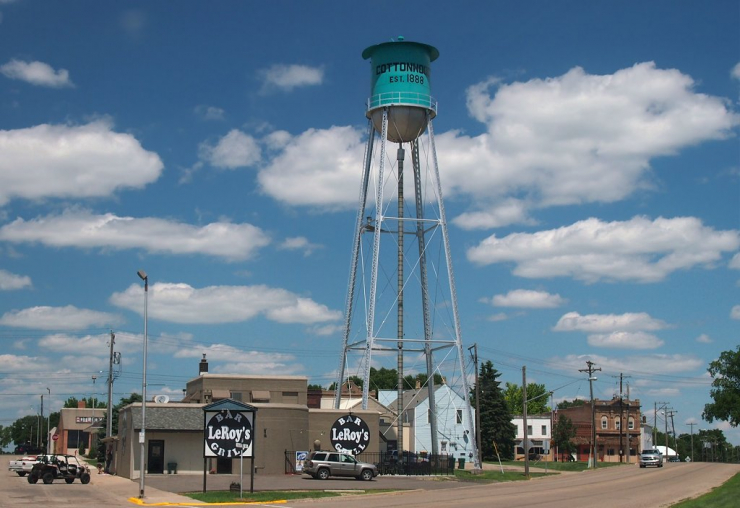 The day started brisk and cold, overcast skies casting a gray gloom over the farmland. The temperature dropped and fine white snow blanketed the ground, coating the fields and equipment in crisp white.

Brad’s breath puffed into the air in front of him as he exhaled, lowering himself from the tractor and maneuvering toward the hay baler.

As he attempted to make some adjustments to the feeder, he realized he had forgotten to set the parking brake on the tractor. The tractor rolled forward, pinching his leg and trapping him. 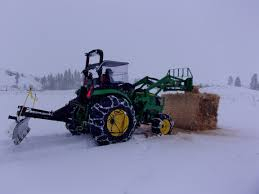 Brad knew pretty quickly that he was in trouble. He unsuccessfully attempted to “Hulk Hogan it,” but the tractor didn’t budge. He remembered his cell phone, safely tucked away on his kitchen counter and well outside of arm’s reach. Then, he tried getting his dog, Zoe, to get him some help, but she refused to leave his side.

His final thought was to use his pocket knife to cut away at the hay bale and free up some room to pull his leg away. For nearly five hours, he tugged at the hay while frantically waving at the traffic that passed on the road down the lane from his house. Nothing worked.

“It was getting really cold and the snow was intensifying,” Brad told us. “So I thought, ‘I either do everything to get out, or I save my energy to survive the night.” He chose the latter.

Next door to Brad lived a man named Charlie Olson. In a town that small, the two would have been well-acquainted anyway, but they also shared a deep history separate from their homes. Both served as volunteers with the Cottonwood volunteer fire department (at that point, Bradley had 29 years of service). 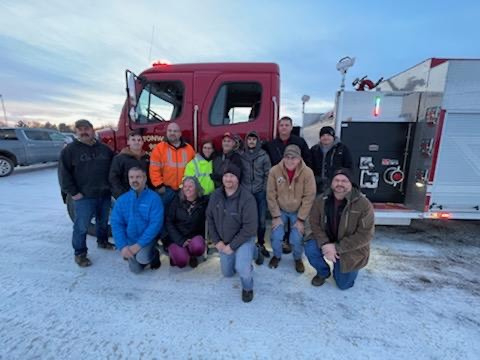 And both had experienced a traumatic event together on February 19, 2008.

On that tragic day, a school bus carrying 28 students from Lakeview Public Schools - including Brad and Charlie’s children - was blindsided by a minivan that drove through a stop sign. The impact of the crash caused the bus to turn clockwise so it was sitting across Highway 23 when it was struck by a Chevy Silverado pickup truck. 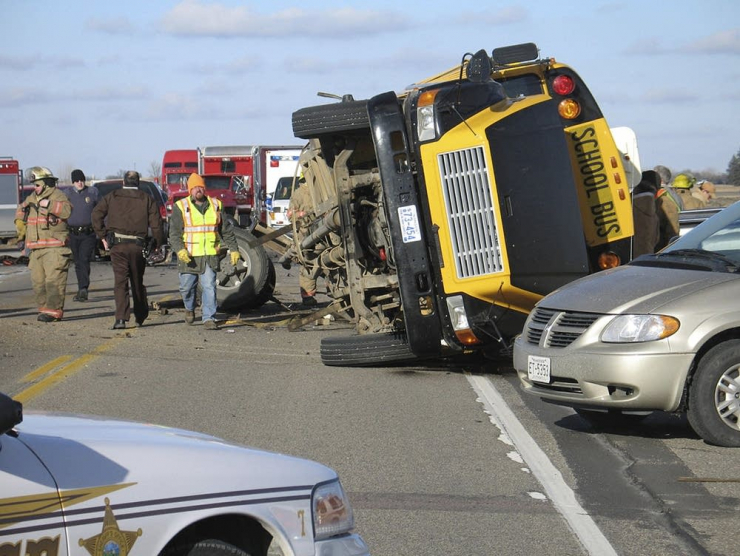 17 children were injured, including both of Brad’s sons and two of Charlie’s, and four of the students were killed. Charlie’s daughter, Emilee, was one of them. 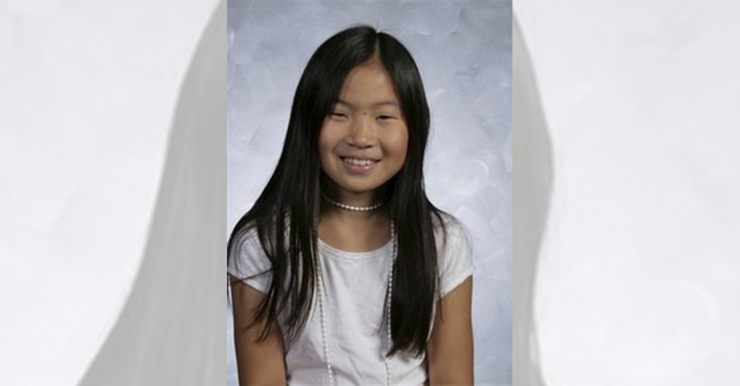 “When we went to Sioux Falls for more surgeries on our sons, Brad called me and said, ‘We’ve got your livestock. You take care of your family,’” Charlie said.

For many years after, Charlie felt like he owed Brad something - like he needed to pay back the kindness. November 12, 2021, became that opportunity.

On that cold and snowy morning, school was canceled and his young son was home from school. He loves to go on drives, so Charlie loaded him up and they headed out, down their drive, and onto the road in front of Brad’s farm.

While Brad was stuck, five cattle had gotten out of the pen. And his tractor was still sitting out in the field, but Brad never left his tractor out. Charlie knew then that something was up.

“I’ll never forget seeing his face and realizing I was going to live,” Brad said. 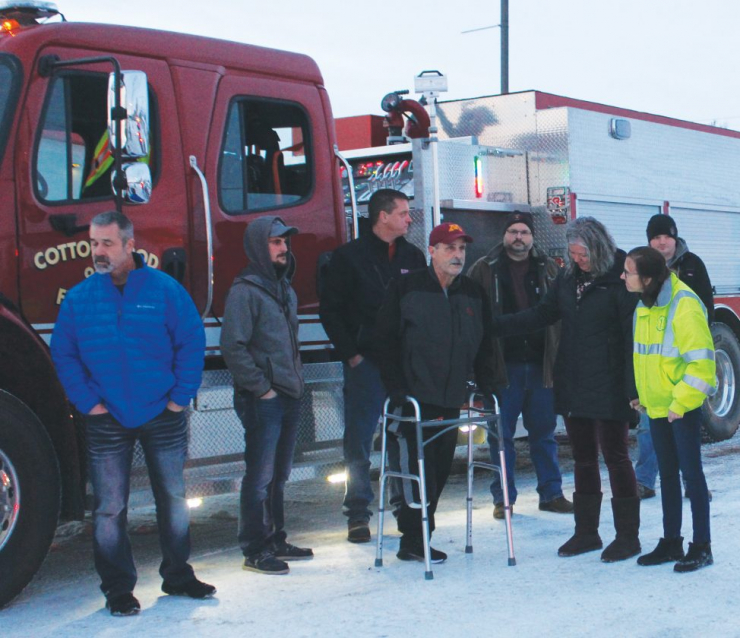 Once Brad was freed, thanks in part to members of his volunteer fire department team, he would be triaged and treated in Sioux Falls. After 13 hours with insufficient blood flow, his leg was in big trouble.

“I asked the surgeon to save as much of my leg as he could,” Brad told us. “And they amputated it right at the knee joint, which allowed me to keep my knee cap.” 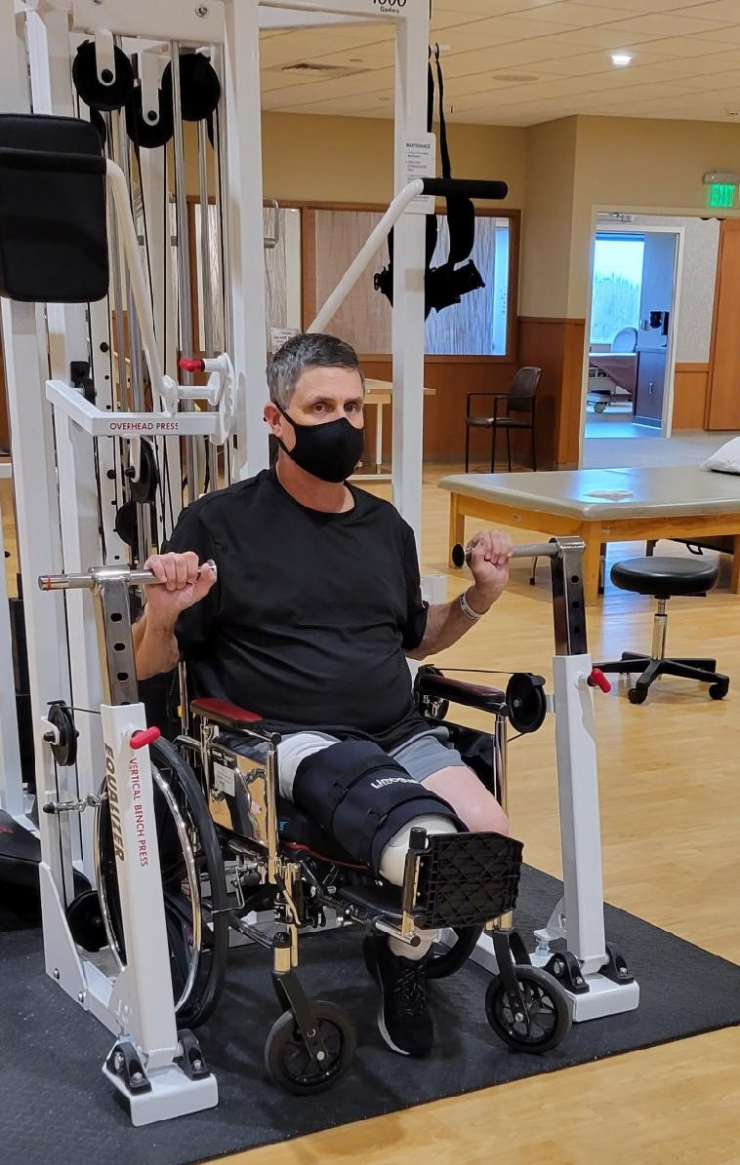 While it was a positive aspect, it didn’t make the loss any less significant. It was a lot, and it pushed him to his limits. But Brad kept focusing on what was in front of him, trying to take each day as it came.

And after weeks of recovery, his Cottonwood community lined the road with homemade signs and applause as a group of first responders and friends escorted him back home. 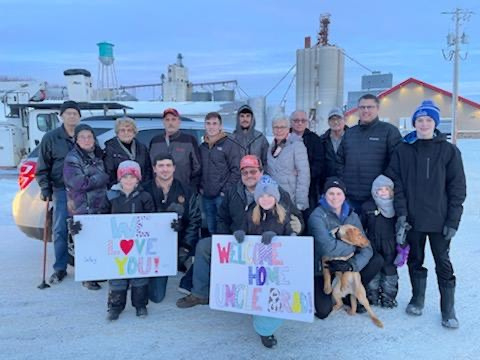 Not long after that, his town of 1,200 strong organized a fundraiser to help cover the cost of his medical bills and new adaptability needs - nearly 1,000 people were in attendance. 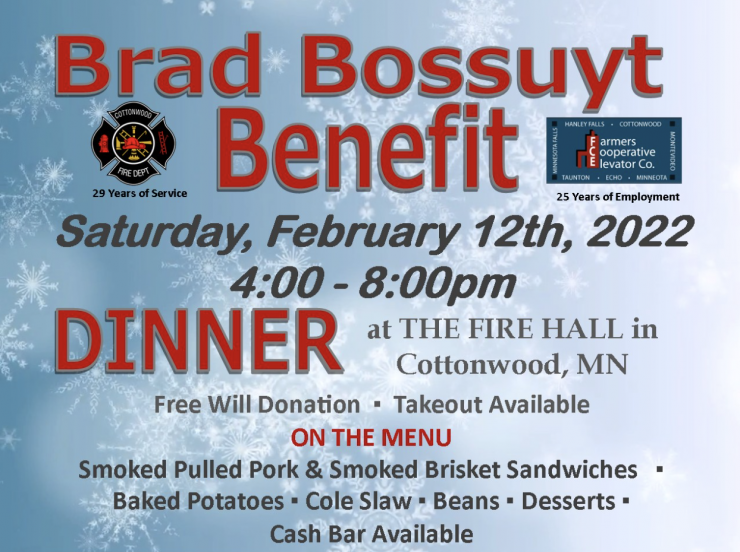 What they couldn’t cover, though, Chive Charities could. Brad’s sister reached out to our community (a strong group also known to change lives) for some extra help. Thanks to the support of our monthly subscribers, we were able to fund a bathroom renovation to Brad’s two-story, 100-year-old farmhouse to make it more accessible. The total impact was $12,955.

“It’s helped so much,” he told us. “I have a lot of hurdles in my life now, and this bathroom remodel removed a lot of them.”

“I thought of quitting a few times,” Brad quietly said. “But what does that show other people? Times get tough, you get banged up. But you have to keep pushing back.”

When it comes down to it, people know what to do when someone needs help. They rally. They organize. They make signs of encouragement, line the streets, and cheer on one of their own.

They support their neighbor through unthinkable circumstances and tragedy. They find a way to help. 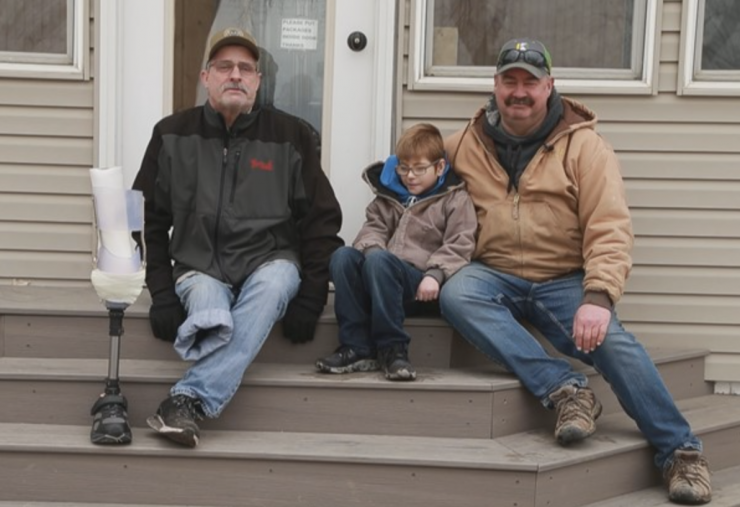 The Cottonwood community did it for Brad and Charlie. And the Chive Charities community does it for rare medical individuals, veterans, military families, and first responders just like them.

Times can get tough, and you can get banged up. But you have to keep pushing back. Become a one-time or monthly donor and help us support our community when they need it the most. Through the good times, and through the bad. DONATE HERE.