One new whip, one epic roadtrip

Each week, our Chive Charities recipient stories highlight tremendous adversity in the face of overwhelming odds. Whether it’s a veteran, first responder, or rare medical diagnosee, we continually meet individuals and their families who wake up each day and show the world how tough they are.

Juan and Gustavo’s story is no different, and you’ll soon see more of their strength. Like all of our recipients, they’ve faced their share of challenges and adversity. They’ve faced enough to last a lifetime, really. 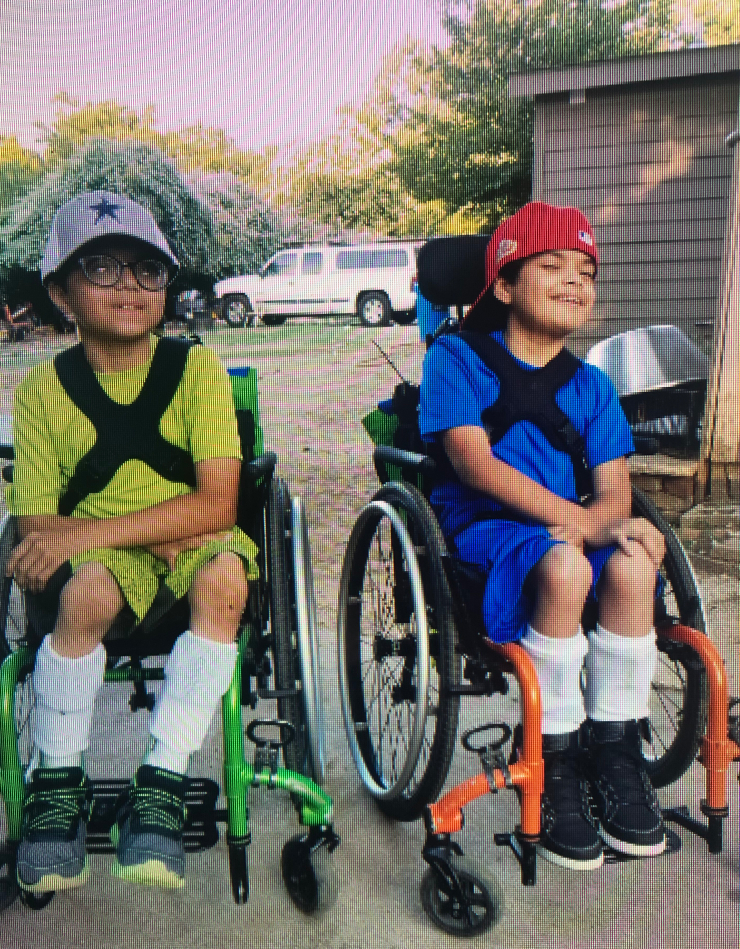 But their story hasn’t been fraught with near-constant hospital stays or diagnostic uncertainty. Theirs began with a life-changing event — followed by a quiet acceptance of a new normal. It’s part of what makes their story so relatable.

Their birth changed things, absolutely. But after you’ve seen your child look death in the face and live, everything else seems...doable. For more than 14 years, their family has been doing what they’ve done every day since September 3, 2006: Taking each day as it comes.

Juan and Gustavo were born prematurely at 26 weeks gestation with hydrocephalus, Cerebral Palsy, dislocated bones, slow development, and many other complications. 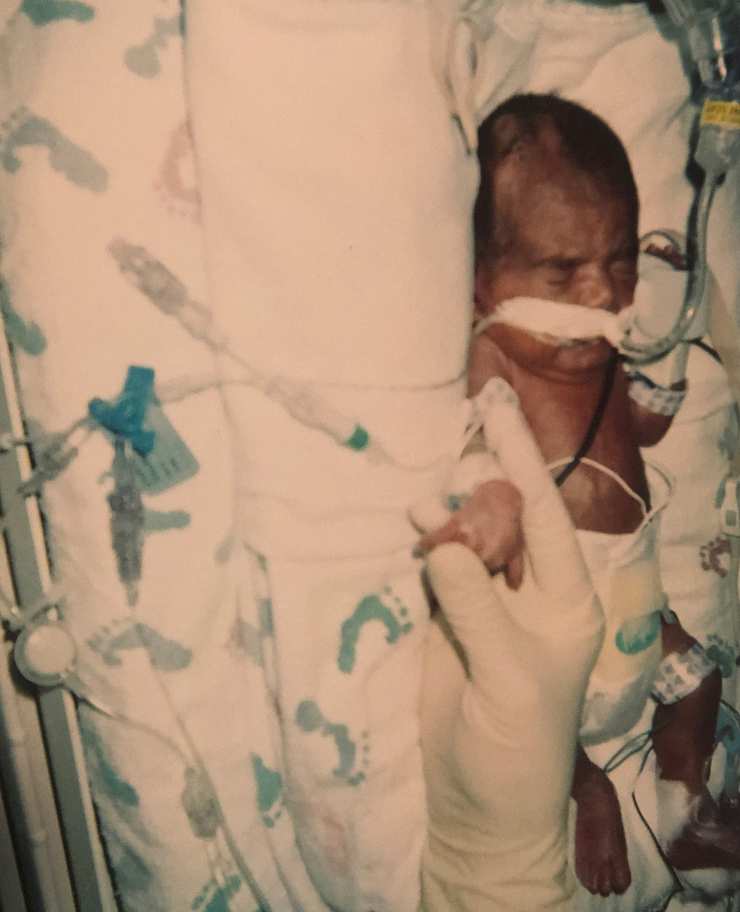 Gustavo spent four months in the hospital and Juan stayed for six, each of them on a respirator for most of that time.

“Those months were very traumatic for us,” said their mom, Maria. “In January 2007, things started to look up for our family and in March, we were excited to bring home both of our sons, finally! It was difficult, but not too complicated,” she told us. 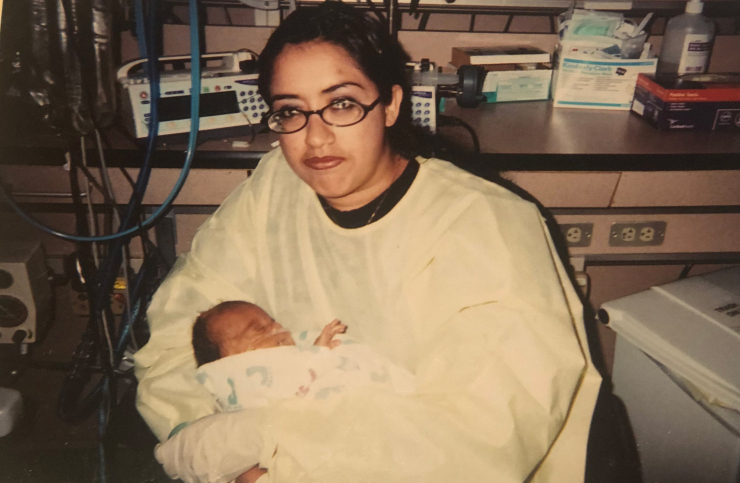 That sentiment alone should tell you what extraordinary people we’re talking about. Was it the life they imagined for their sons? Of course, it wasn’t. But they did what they do. They kept on going.

Like most twins, Juan and Gustavo have completely separate interests. With three other siblings, you would think they couldn’t get a word in edgewise, but they have incredibly vibrant personalities and are bright and engaging. 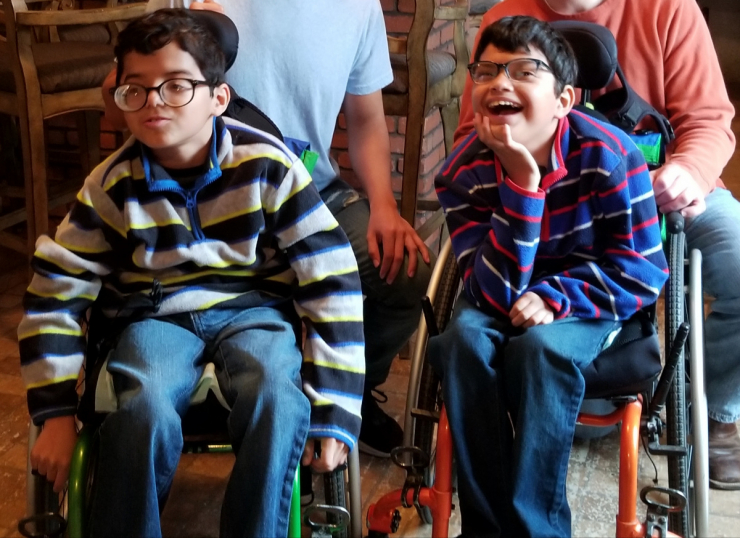 Juan dreams of operating heavy machinery and playing baseball. He loves the Dallas Cowboys and his mom told us he’s the most focused on what he says and does.

Gustavo, on the other hand, gravitates toward technology and would make an exceptional computer engineer one day. He could play on his Chromebook all day if given the chance. 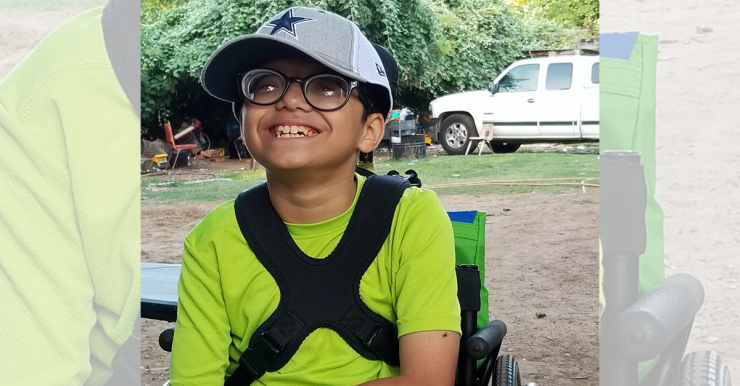 One of them also has a girlfriend, but that remains a secret between brothers.

Since Juan and Gustavo were born, their family has come together to support each other. It’s not always been easy with five children, especially with two who are medically fragile, but it’s never been a reason to stop or become bitter or question why this all happened to them.

This will come as a surprise to no one, but this family isn’t accustomed to asking for help.

Remember, after their premature twins survived numerous, life-threatening conditions, this is the same family who was simply grateful to have them home. 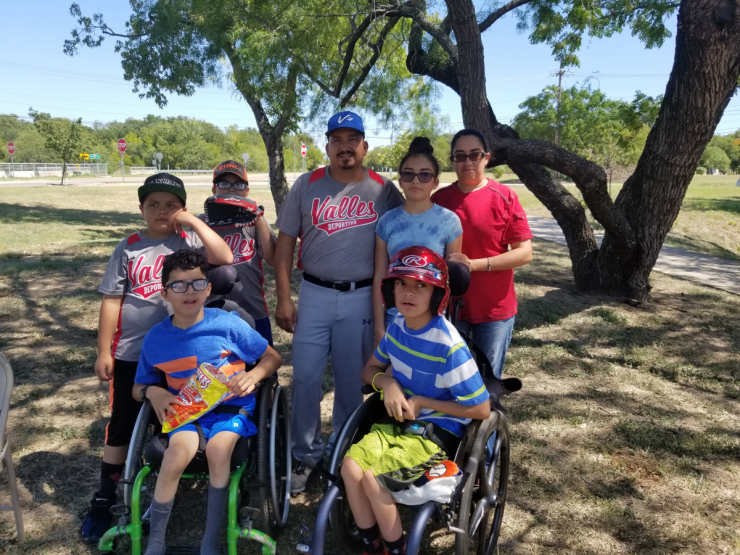 When that’s your approach to life, you’re probably not the type of people who are used to looking outside the family for support.

This family of seven shares one vehicle that is not wheelchair accessible, a Ford F-250 with more than 300,000 miles on the odometer (Do odometers even count that high?). And while they live in Texas where the seasons are (generally) fairly mild, even they aren’t immune to adverse weather conditions. That might not seem like a huge deal until you realize that they’re transporting very expensive wheelchairs in the back of a truck with no covering over it. 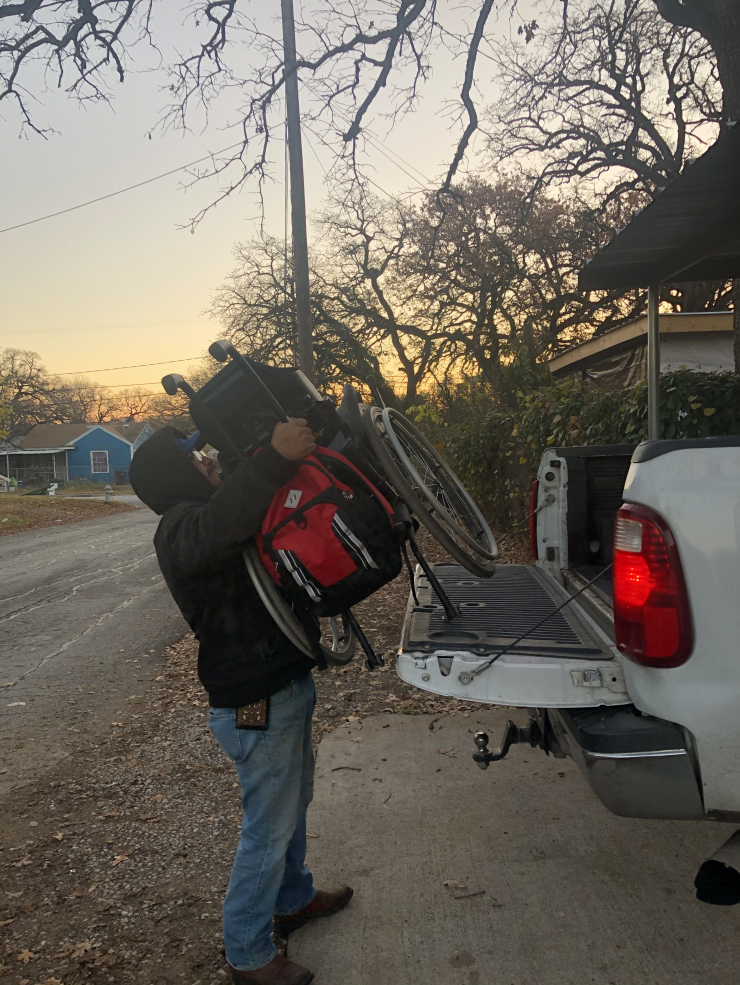 To add to the challenge, Juan and Gustavo are 14 years old now, which means their parents have to physically lift each boy from his wheelchair, carry him to the cab of the truck, and strap him individually into a seat. 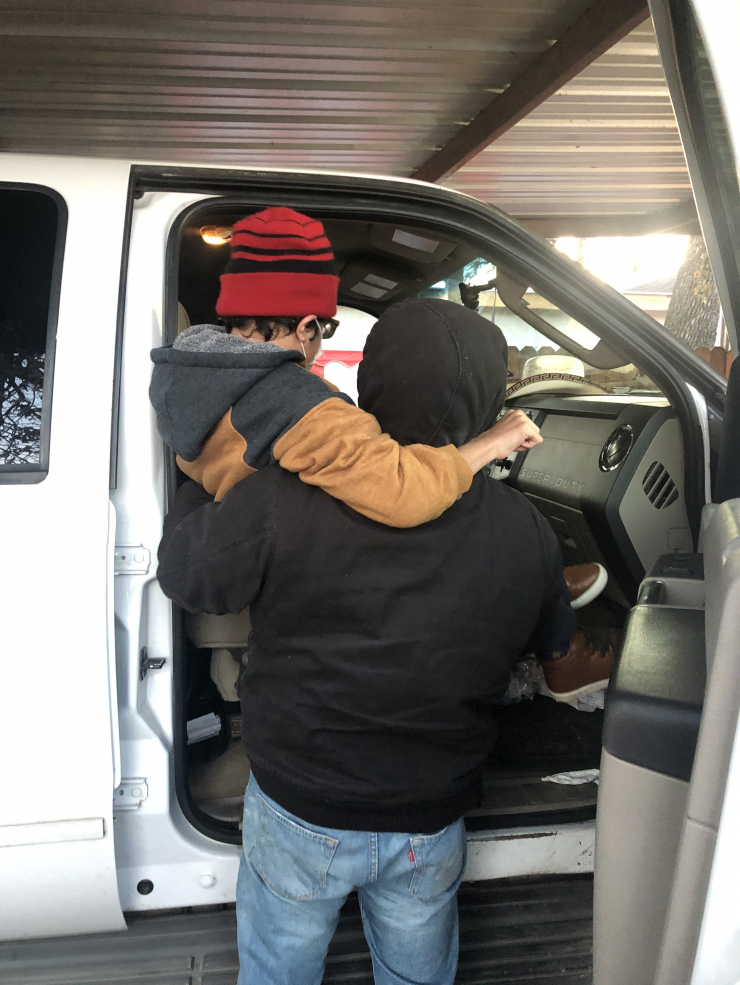 Thankfully, Juan and Gustavo’s parents were referred to Chive Charities by their sons’ physical therapist. She told them about the kind of people we help, including families of rare medical diagnosees who need some support. The thought of getting a van with working air conditioning, room for both wheelchairs, and coverage from the rain was almost too hard to believe.

Beyond that huge need, the twins and their family haven’t been on a vacation together in more than three years. Logistically, it’s way too hard to pull off and they haven’t had safe and reliable transportation that can accommodate the entire family. Getting to doctor appointments has been a job in itself, going on a trip was out of the question. 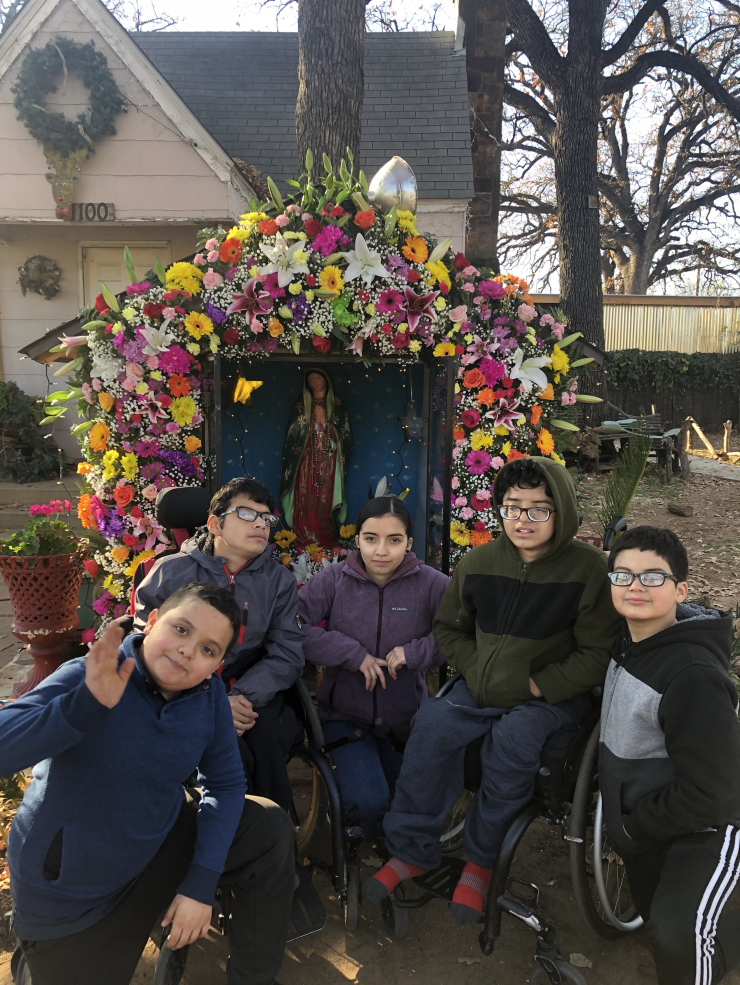 That is, until they heard about us.

This is exactly why Chive Charities was created more than eight years ago. It is what theCHIVE’s incredible community asked of us at the time and has championed ever since. When we heard their story of grit and tenacity, it wasn’t a question of whether we would help or not. It was a question of how quickly.

Our family of donors took over from there, and with their support, we were able to provide a grant for a new wheelchair accessible van for Juan and Gustavo for a total impact of $53,337. With the help of our partners at AMS Vans, it will find its permanent spot in their driveway in the next few weeks. 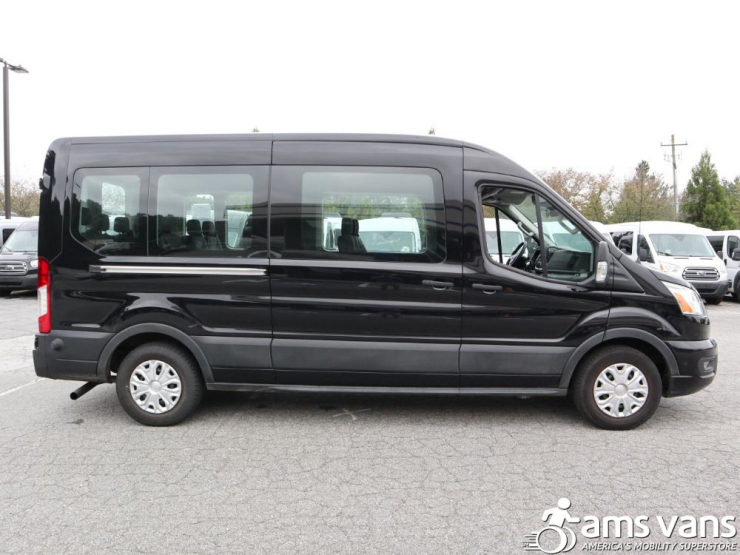 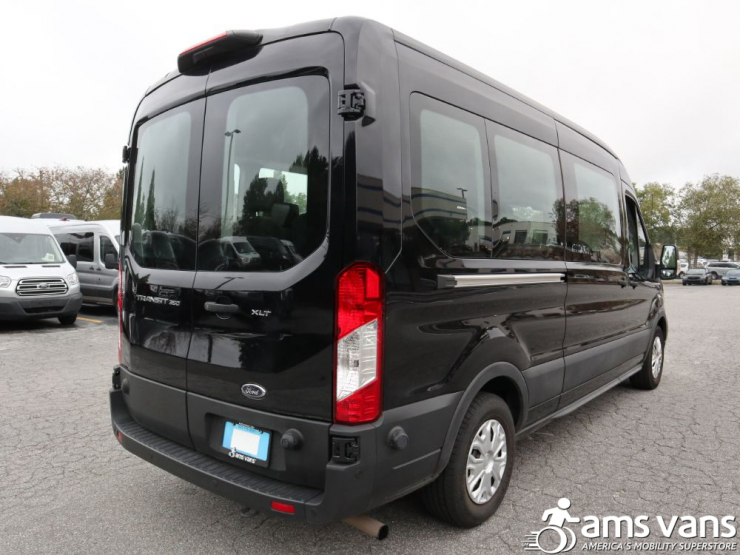 Don’t worry, though, it won’t stay in the driveway long. Juan already has dreams of taking a road trip to California and Gustavo has his sights set on Chicago. Either way, both agree Mexico has a place on the list, no matter what route they take to get there. It’ll be the road trip of a lifetime, 14 years in the making.

Since 2012, we’ve been on our own trip of a lifetime. It’s taken us across each of the 50 states, through the veteran, first responder, and rare medical communities, and into the lives of more than 420 recipients. And still, there’s only an open road ahead of us.

Because of donors like you, our recipients can put their challenges in the rearview mirror and focus on the journey in front of them. They can live through a day of unimaginable difficulty just to face the next with even more strength and determination, knowing they don’t have to face it alone.

Because of donors like you, being there to support them isn’t difficult or complicated. We just have one question...are you ready to come on this trip with us? BECOME A MEMBER and DONATE HERE.