Honestly, it’s not for everyone

Imagine being born with cancer. Imagine coming into the world with all the cards stacked against you, too little to understand what’s happening or why, but not too little to be spared from the pain of it all. Imagine the fear and hopelessness of the parents, desperation enveloping them like a thick black cloud, too dark to let any light in. 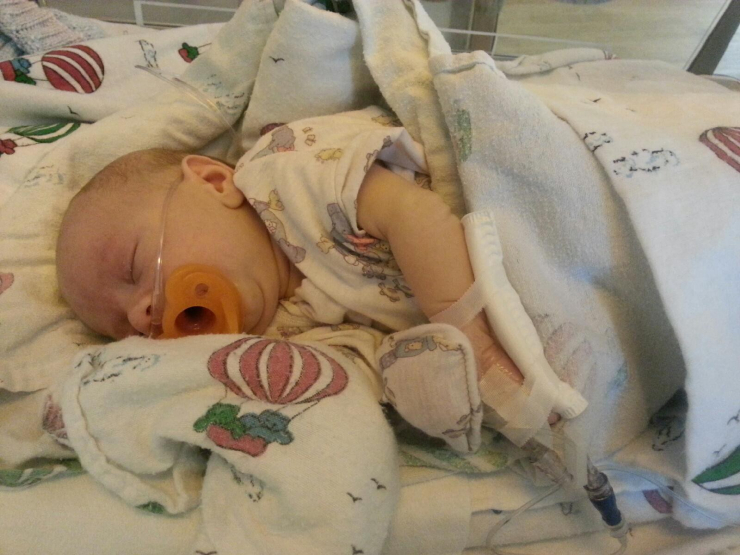 Imagine that being just the start of a long medical journey.

At just six weeks old, he was diagnosed with neuroblastoma - a rare cancer that develops from immature nerve cells found in several areas of the body. It most commonly affects children age 5 or younger, a monster that threatens to rip the joy from childhood.

Doctors were able to remove the malignant tumor, but in doing so, they were forced to sever most of the nerves that control his right leg. To this day, some 30 years later, he’s unable to really feel or move that leg. He was also diagnosed with Spina Bifida and scoliosis as a result of his cancer treatments. 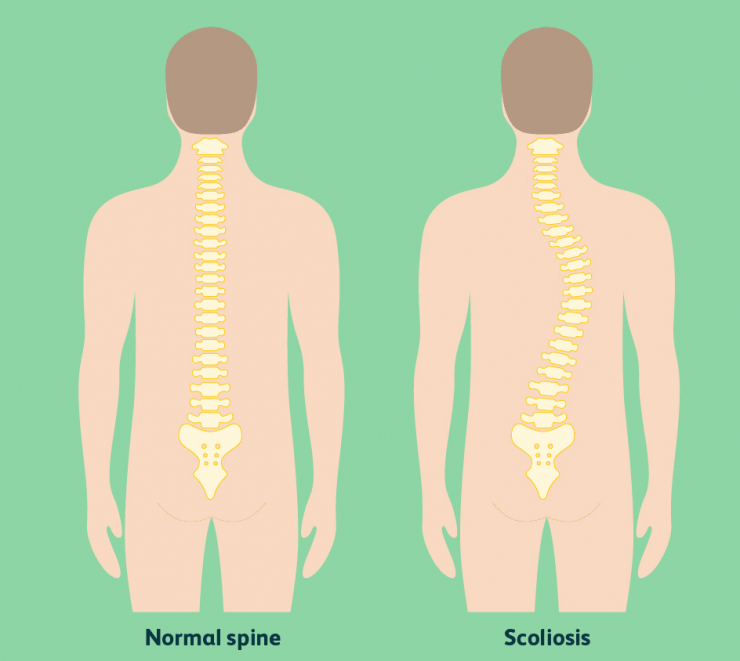 Thankfully, Heath doesn’t remember anything about those days. No memory of painful procedures or surgery recovery, just the knowledge that he survived something unfathomable. It’s probably part of the reason he’s such a strong, no-nonsense guy now. If you’ve beaten cancer before your first birthday, you’re probably not easily fazed.

He’s also a fourth-generation Nebraskan farmer. Heath, his dad, and his brother grow row crop (corn, beans, and alfalfa) and beef cattle on over 1,000 acres in the middle of America’s heartland. Unfazed is a pretty good word to describe them, especially making their livelihood in a state that changed its slogan to, “Nebraska: honestly, it’s not for everyone.” 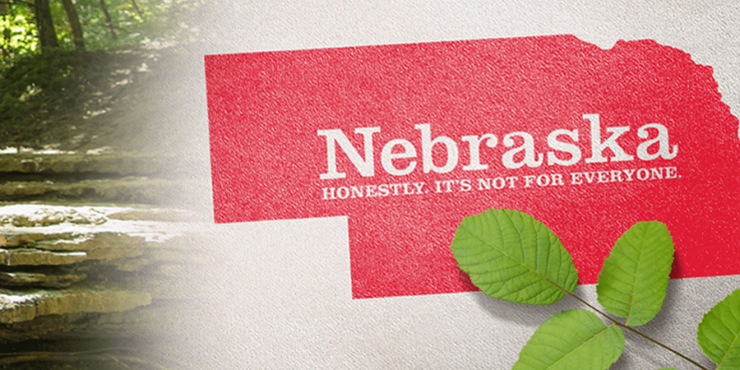 It takes a lot to wake up every day and get started on the never-ending list of things that need to get done. It takes a lot more to do that when you use crutches to get around.

Up until about 2007, Heath was able to walk with the use of leg braces. Over the years, though, managing farmwork and pushing through his back pain became almost impossible. 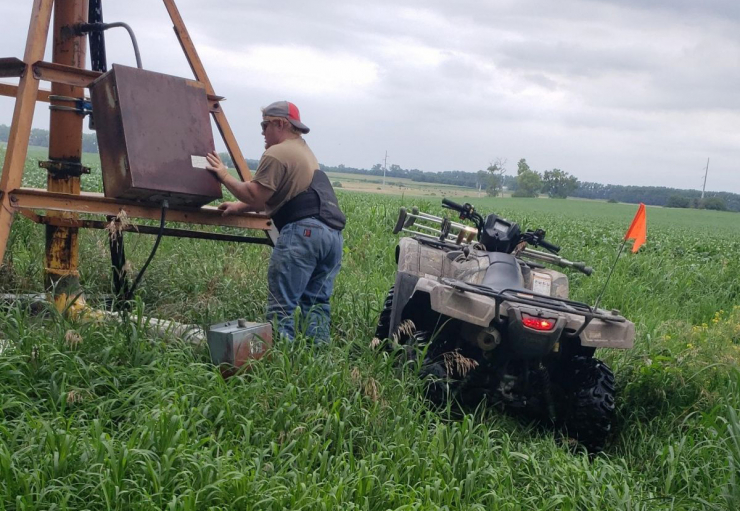 One day, though, he realized he couldn’t stand up at all. Not just because of the pain, but because his body wouldn’t let him.

Heath went to a surgeon who did an MRI and concluded that scar tissue from his earlier surgeries had started interfering with his spine. He had his first surgery that spring and seemed to be healing well.
Then, in the fall of that same year, he turned to shut the door behind him and felt his back pop.

“Luckily, I was able to convince the surgeons to wait until after the harvest and my college finals to schedule the second surgery,” Heath laughed. 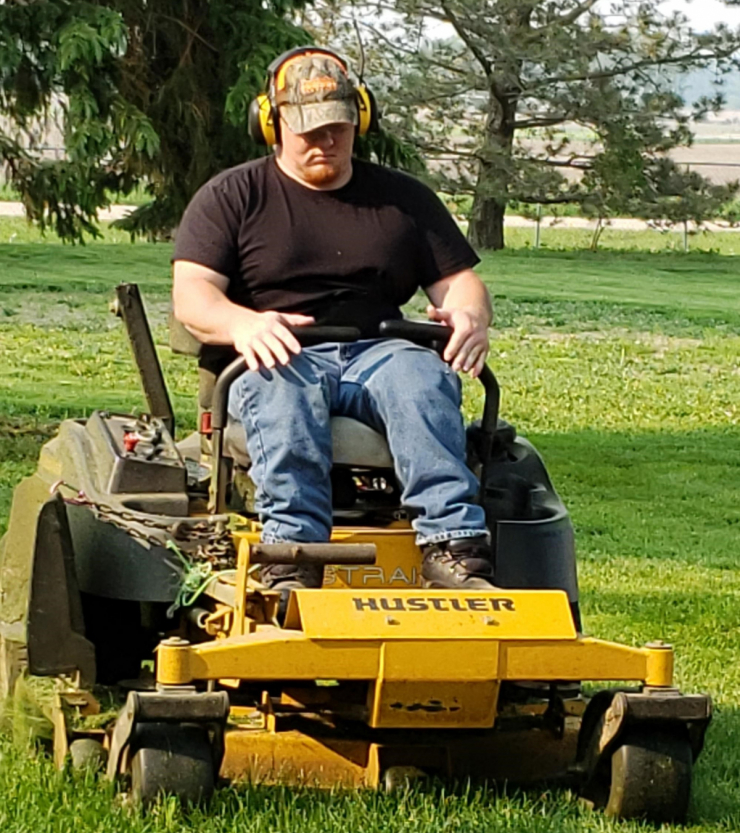 Again, he seemed to be recuperating well and recovering pretty nicely when another unexpected event happened.

“About two weeks after the surgery, I started feeling pretty sick,” he told us. “I assumed it was the flu or something similar given the time of year, so I just tried to rest. But I kept feeling worse and worse - and then my back essentially exploded.”

Unbeknownst to him, Heath had contracted a MRSA infection, a staph infection that can be difficult to treat, and even deadly. His was so severe, the surgery wound on his back broke completely open.

Heath endured another surgery, including a 3-week hospital stay and a wound vac that was applied to his spine for another 8-9 weeks. This should come as no surprise to anyone, but Heath managed to finish his college classes online during this healing period. Typical.

From that point on, though, Heath was no longer able to walk. He uses crutches full time to get around. 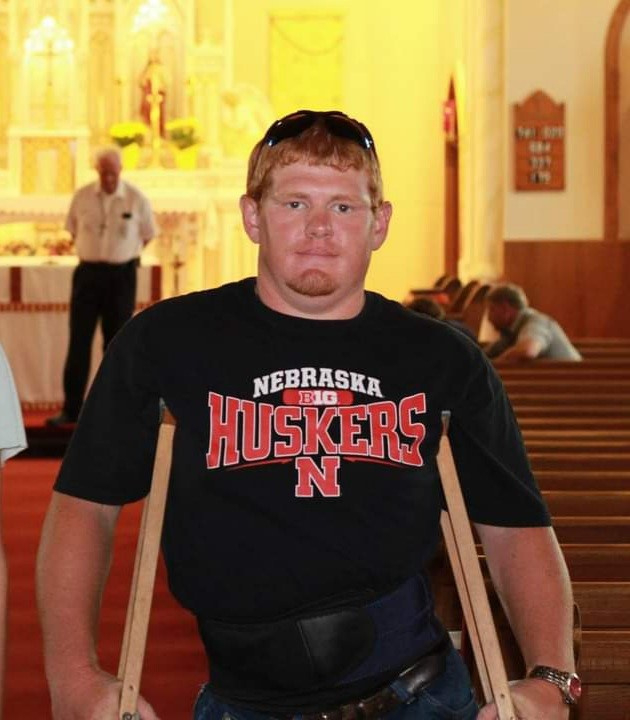 “I was still able to do most of the farmwork at that time with little help,” he explained.

Heath discovered he had a fractured spine and dislocated discs. This, of course, required more surgery - three, to be exact. Heath needed rods placed in his lower back, along with fusing four of his lower vertebrae.

His doctor confirmed that he could keep farming - the most pressing issue for Heath - but said some modifications would need to be made for him to safely operate the large machinery and equipment without twisting or turning his back.

At that point, Heath realized he needed some extra help. He contacted AgrAbility, an organization created to enhance the quality of life for farmers, ranchers, and other agricultural workers with disabilities. 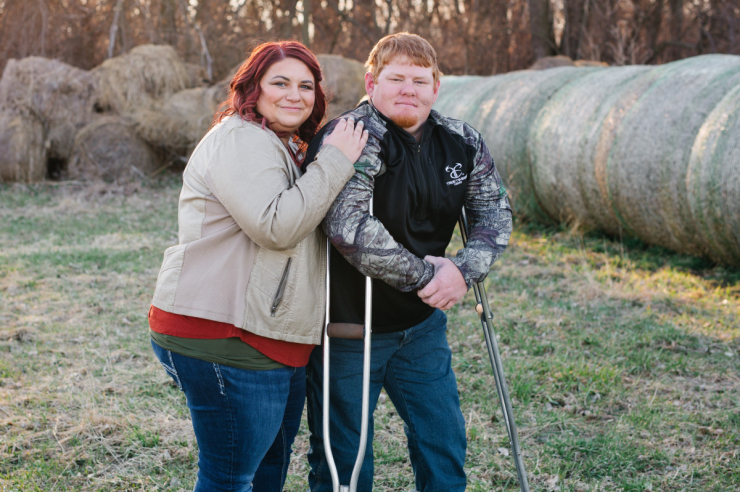 “I’m the type of person who wants to find a way to do things on my own and be independent,” Heath said. “But in the last couple of years since my spinal fusion, it’s been hard to do the work I’m passionate about, and I’m to the point where I need more help.”

AgrAbility was able to help Heath fund a new platform lift for his truck and some of the cost of a utility terrain vehicle (UTV) - but they couldn’t cover all of it. AgrAbility recommended another organization they knew of that was also committed to serving people in need: Chive Charities.

Through the selfless donations of our community of supporters, we were able to step in and fund the remaining balance on the UTV that Heath needs to continue farming. The total impact was $4,119. 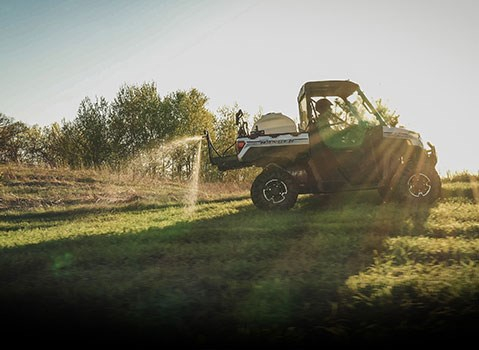 Heath got married to his wife Jacie in September of 2020 and they’re hoping to start a family down the road. In order to keep working and farming, it’s necessary to have some assistance - and your donations just helped provide that. No doubt, once Heath and Jacie are ready, they’ll have a fifth generation of farmers set to keep working.

“The help you all have provided means more than you know, and it’s greatly appreciated,” Heath told us. “This is basically the same thing to me as a wheelchair, and it’ll help me get around the farm and continue doing the work I love.”

Nebraska might not be for everyone, but for the ones who love it, it’s everything. And donors like you just made the life of one of them so much better. 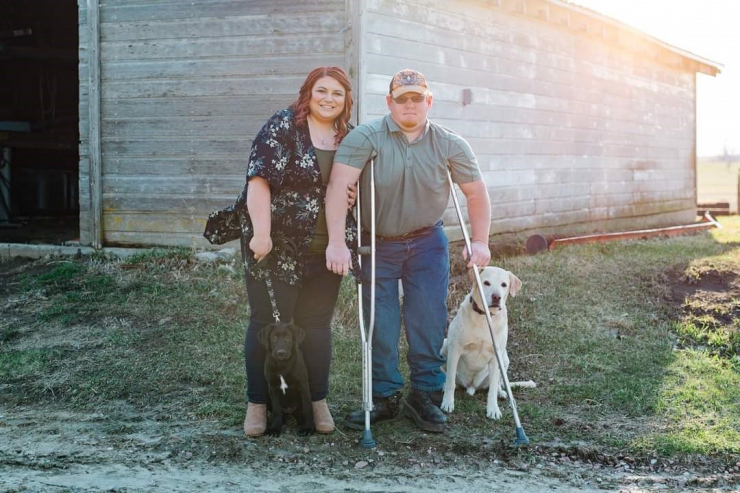 Imagine defeating cancer as a newborn only to develop Spina Bifida and scoliosis. Imagine enduring double-digit surgeries and painful recoveries just to keep doing the job you love. Imagine a community coming together to make sure someone in need could get what they need.

We don’t have to imagine what that would be like. Chive Charities sees the life-changing impact our donors have on our recipients’ lives each and every week, for nearly 480 weeks and 480 recipients now and counting. Imagine being part of it with us. Become a monthly donor and DONATE HERE.