The secret ingredient is… hope. 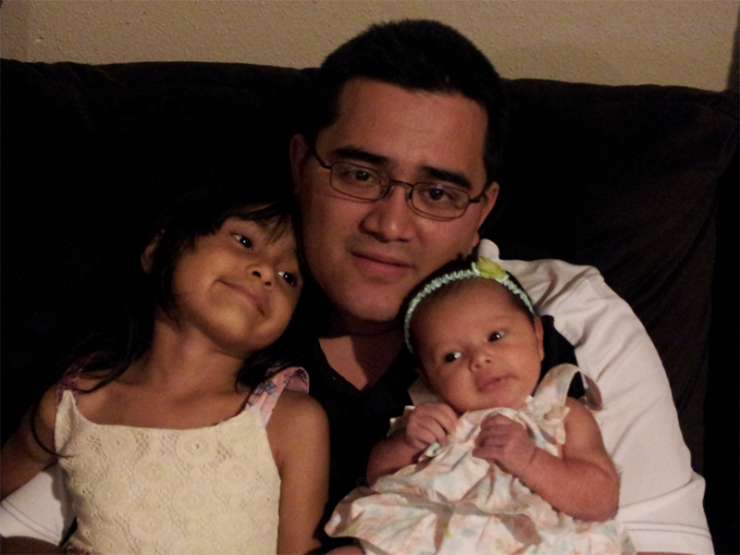 In case you aren’t familiar with this cooking show, CHOPPED presents chefs with a unique challenge at the top of each episode. They must cook a delicious meal of their choosing, but there’s a twist: it must include the secret ingredient, which is almost never something that you’d want to include in your dinner.

Meet our chef: Jose, a father of four and Air Force veteran from Wyoming who has a newfound love of cooking.

And the secret ingredient: Necrotizing AutoImmune Myopathy. This is a medical condition that is just as scary as it sounds; NAM leads the immune system to attack and break down one’s muscles due to extremely elevated levels of a particular enzyme. This leads to death of muscle cells, which can be irreversible.

This ingredient will throw a real wrench in the dinner plans of life. It takes a true chef to turn this into something beautiful. Jose is one such chef. 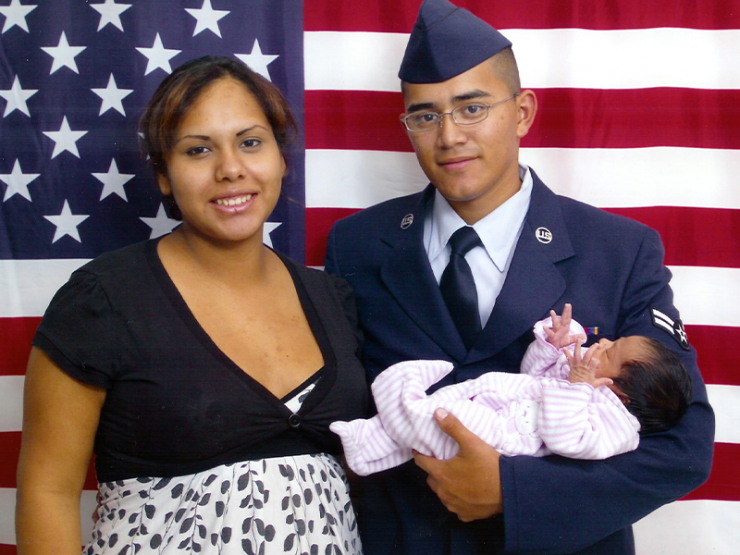 Jose told us that he has always prided himself on his adaptability. Looking at his life, it’s clear that this pride is not unfounded. When he found out his girlfriend was pregnant right after high school, he stepped up to the plate and became a loving and dedicated husband and father. This meant that he would have to put his dream of joining the Air Force on hold for a year, but he didn’t let that stop him. 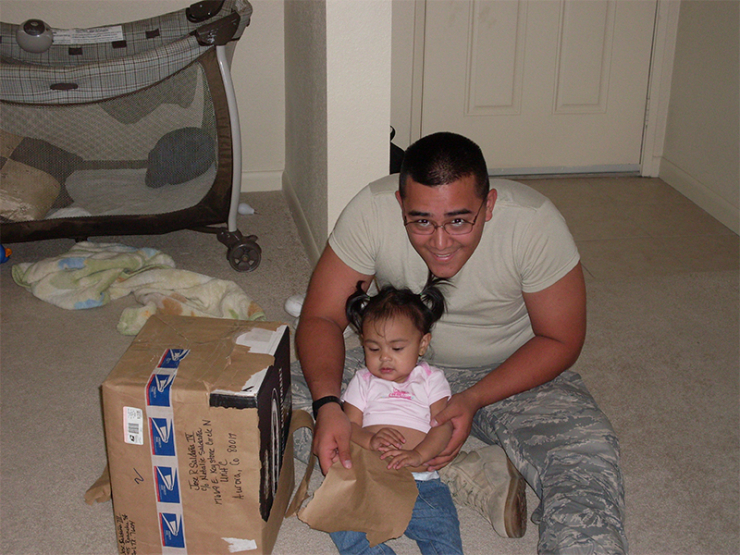 When he entered the Air Force a year later as a satellite specialist, he felt a drive and sense of purpose that would stay with him for the rest of his life. Even after he had to return home to Texas after some life circumstances forced him to end his military career, the sense of duty to self and nation remained. 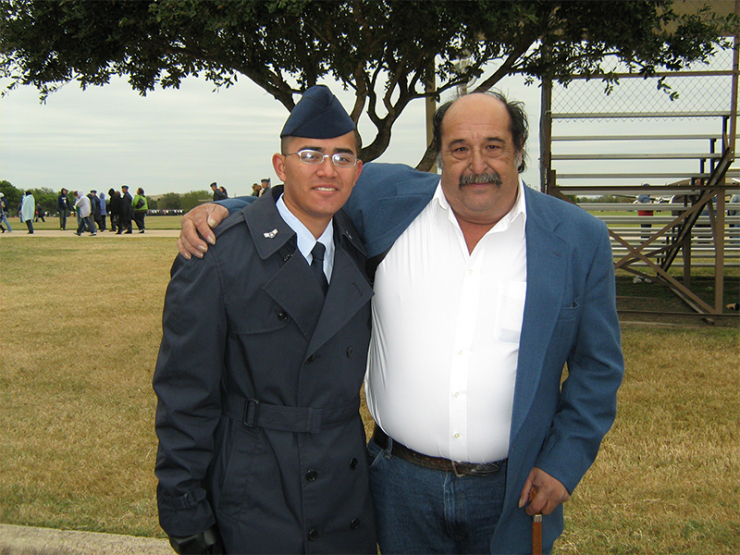 As his family grew with the introduction of baby #2, so did his sense of responsibility. Jose was searching for his niche, like he had in high school before realizing he wanted to join the Air Force. This time, the perfect job opportunity took him all the way to Wyoming. 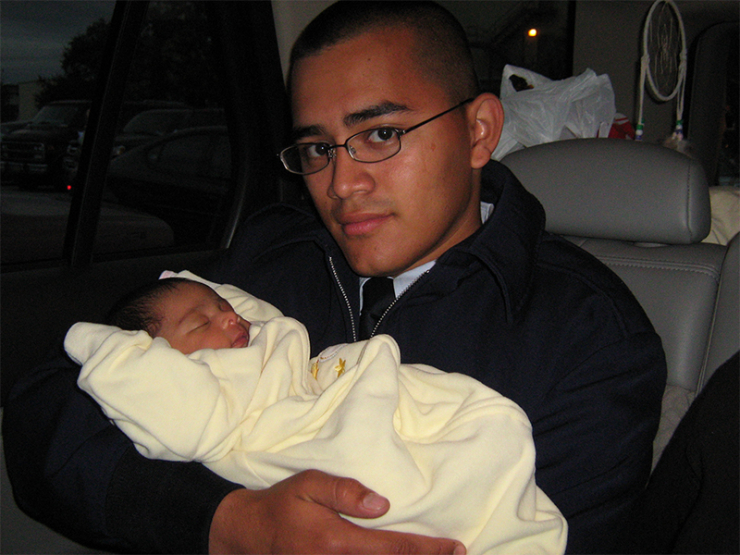 Jose and his family were so happy! Wyoming is perfect; it’s close to the Denver area where he was stationed, and is filled with nature and beautiful scenery to explore with his kids. Everything was finally coming together! 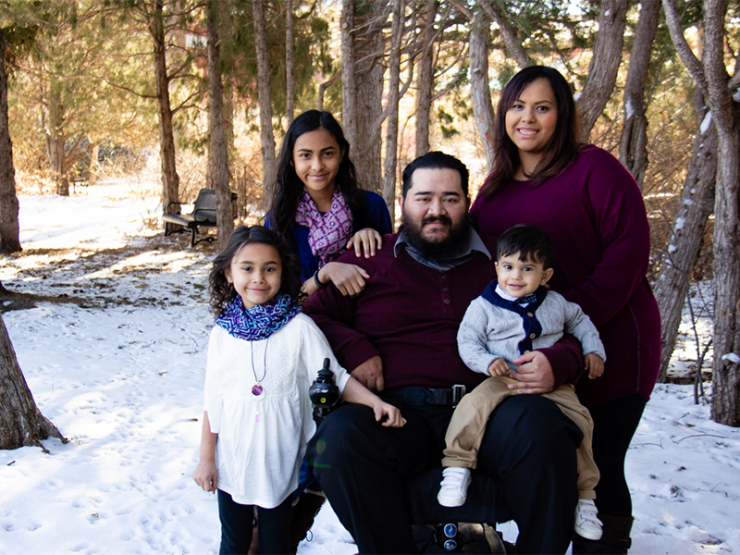 Soon, though, everything unraveled. It started at work: Jose tried to ignore the weakness he was feeling that was getting worse day by day. It took him longer to get up out of a chair, and required much more effort. He wasn’t able to stand back up without assistance when he had to get down on his knees at work. It became increasingly difficult to climb ladders and lift objects over his head. Gradually, his sense of balance got worse and worse.

He kept this a secret at first, writing it off as symptoms from an old injury. His employer noticed that he was no longer able to meet the physical requirement of his job - the whole reason they moved across the country - and he had to quit. When he realized he could no longer climb the stairs to get to his bedroom at home, though, he accepted that there was something far more serious going on. 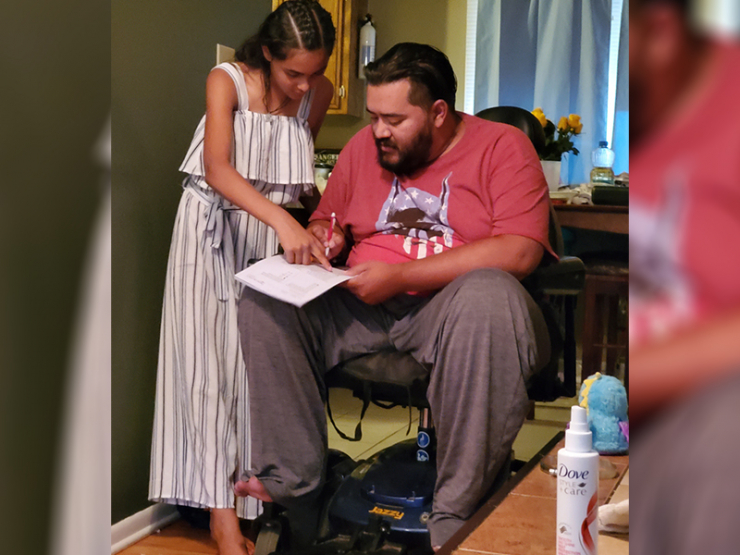 Jose was diagnosed with Necrotizing Autoimmune Myopathy in 2017, and with that came bad news: there is treatment, but Jose will most likely never walk again. Jose had to accept that he wouldn’t be able to play with their baby boy the same way he had with the oldest. All the nature they wanted to explore was now out of reach. School plays and events were much more difficult to get to. He couldn’t even hold his newborn baby because his strength had deteriorated so much.

In life, much like the kitchen, things rarely go to plan, even if you follow the recipe closely. Adaptability is the name of the game. For Jose, this meant that he had to find new ways to show his family how much he loves them, and he chose the best possible way: cooking! 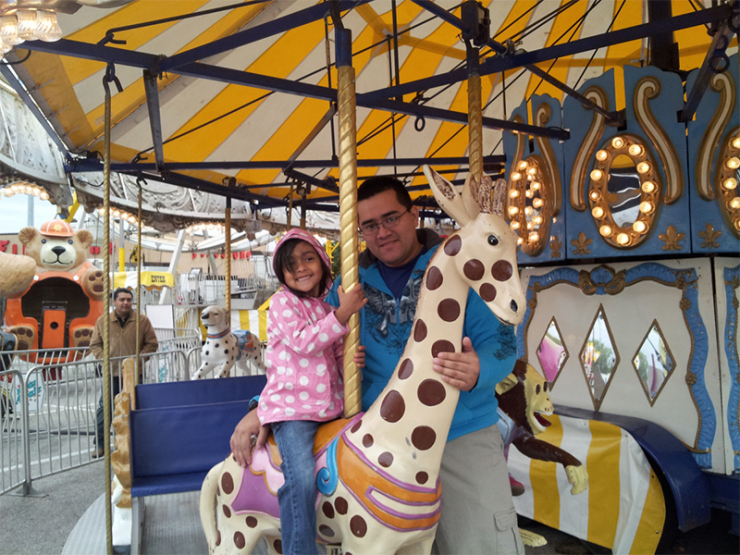 Now that Jose is in remission (!!!) for NAM thanks to IVIG infusions, he has regained enough strength to pursue his passion of cooking awesome meals for family and friends. There’s nothing more fulfilling for Jose than to create a delicious meal (he’s a big fan of Thai food) and see the people he loves enjoying it. 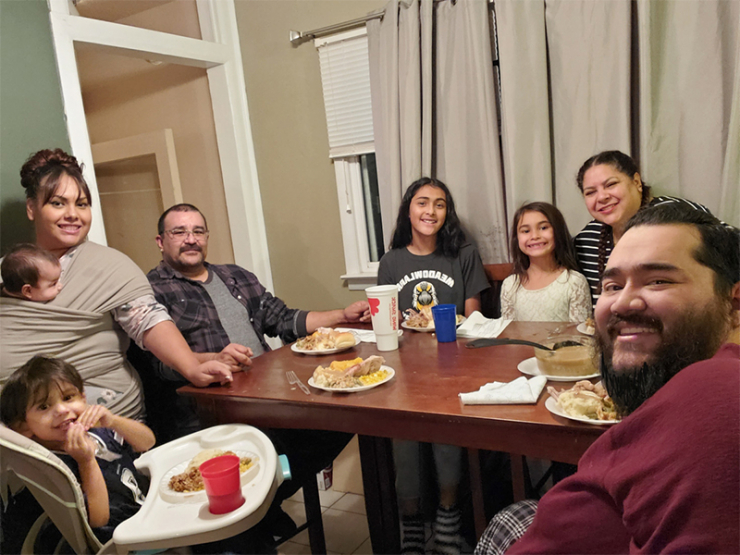 There is one huge obstacle that he isn’t able to cook his way out of, though: transportation. For the past 5 years he has depended on city buses, as he and his wheelchair won’t fit into the family car. Since the busses stop running at 6:00 pm, you can imagine that there’s a ton of life Jose has been missing out on. School assemblies, out-of-town doctors appointments, and dinner parties at friends houses have all been nearly impossible. 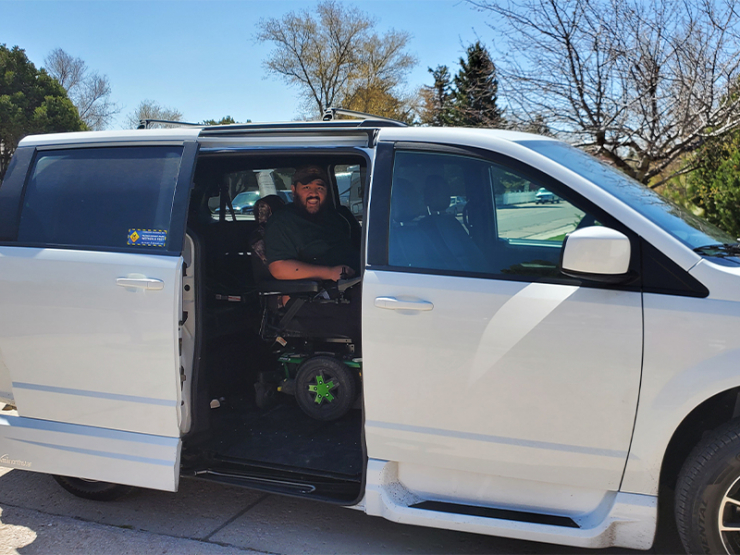 Not anymore! Chive Charities donors funded a grant for $44,500 to get this family a wheelchair-accessible van from our friends at AMS Vans! Now the whole family can ride together and start really living again. For years they’ve dreamed of taking a day-trip to Dever to take their kiddos to the zoo. Now all of that and more is possible! 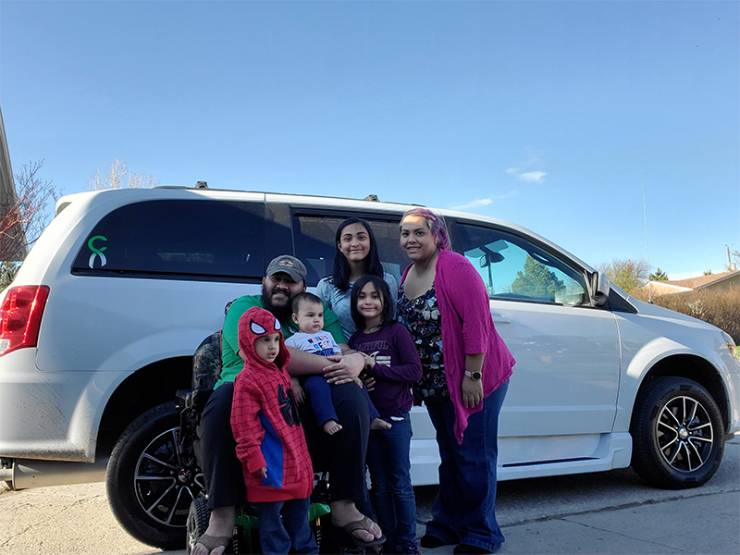 CHOPPED: Chive Charities edition is full of surprises, but one thing is for certain; the ingenuity and resiliency of our amazing recipients always steals the show! Do you want to help deserving people like Jose make something delicious out of something detrimental? You can make true, lasting impact by becoming a Chive Charities donor. Learn how you can change lives right HERE!