Vietnam veteran proves it's never too late to get help

“The world had changed while I was gone…” 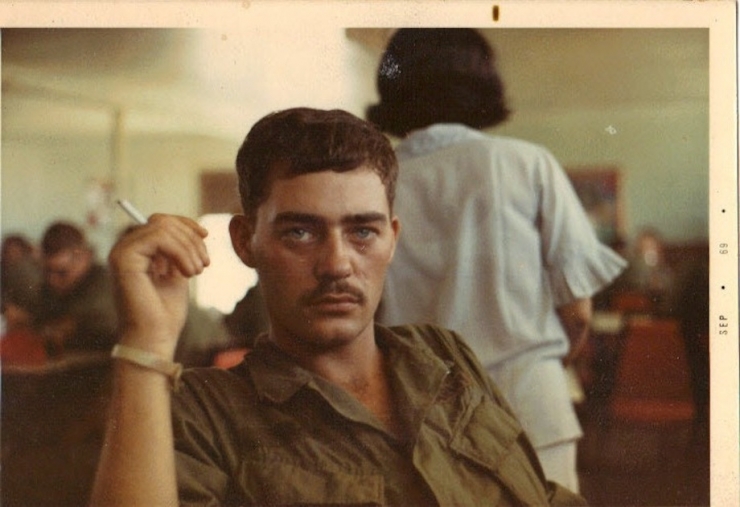 "A man walked on the moon while I was in the jungle and I didn’t hear about it for five, six days after. The radio was playing ‘oldies’ I had never heard. The clothes were different. It was like I had been in a coma for a year. It took me years to understand I had changed, too.” 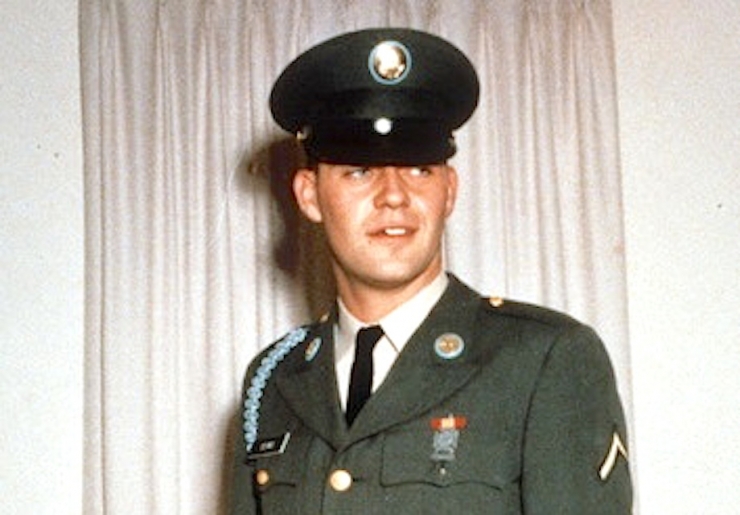 After WWII, soldiers returned from deployment as heroes, cheering crowds in a sea of red, white, and blue. Strangers shook their hands and thanked them for their service.

When Ken came back from Vietnam in 1969, there was no welcome at all. 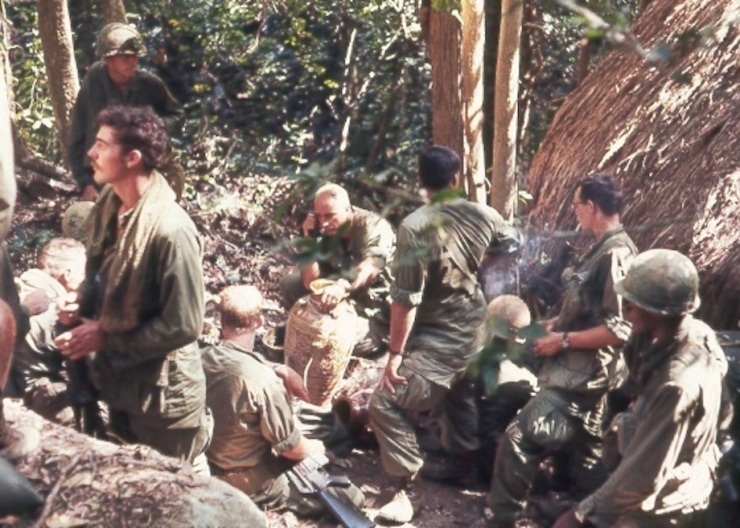 “In the 60s, 70s, and into the 80s, there was a stigma attached to being a vietnam vet. People called us druggies and baby killers, they spat on us, so we played down that we went to Vietnam. I hid my medals in the closet and lied on job applications that I had been self-employed for three years.” 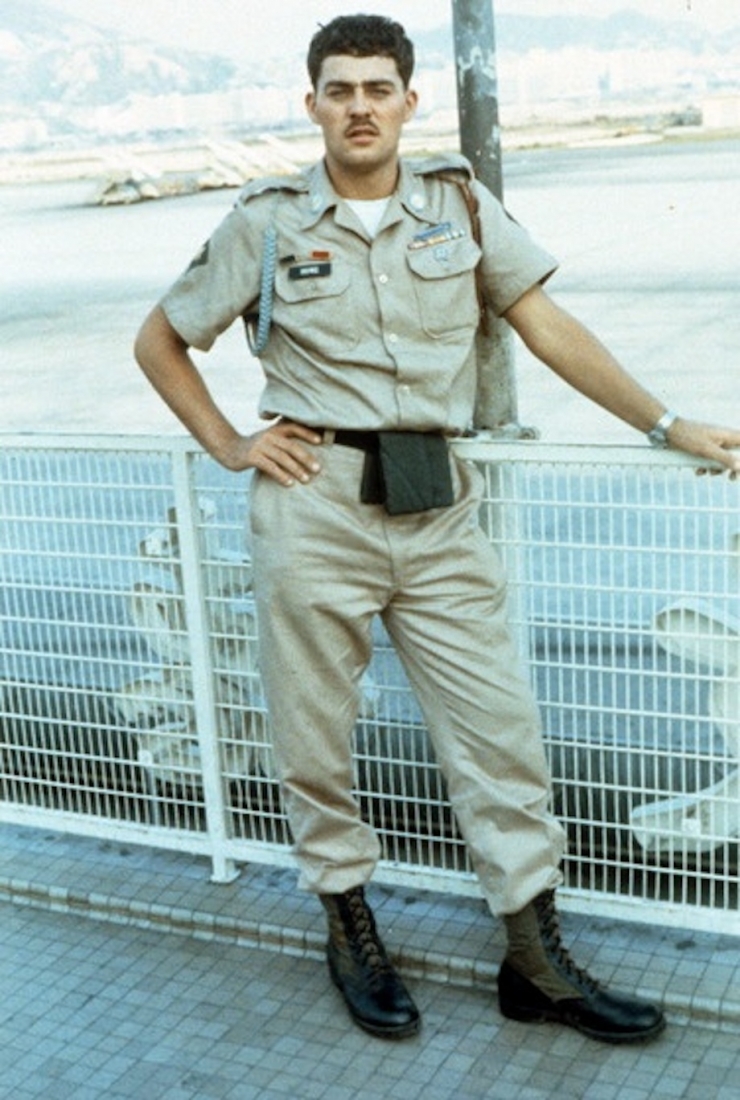 Amongst the medals he hid in his closet were two Purple Hearts for serving 11 harrowing months in the central highlands and Ho Chi Minh Trail. His squad sustained 70% casualties, and when he got back to America, the man he used to be was lost, too. 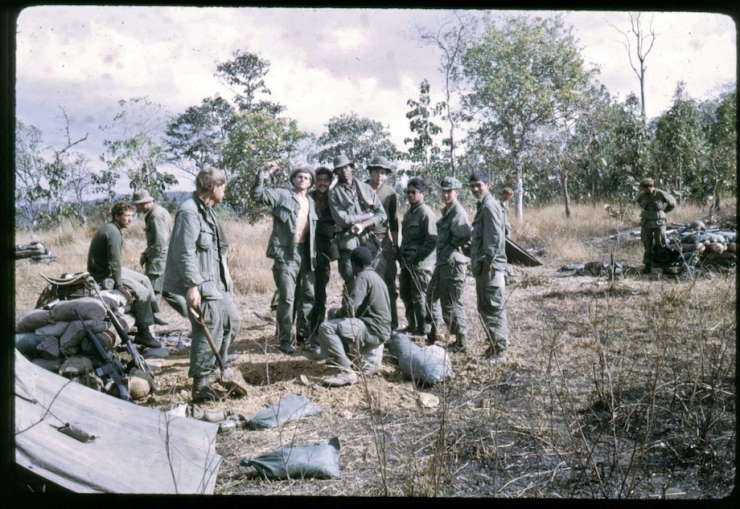 Out of place and disconnected, Ken retreated into the shadows. He bounced from job to job, through four marriages, and into a basement apartment in the city. But the traffic, noise, people in general wore on him, and the once social, self-described flirt (confirmed by the ladies on our team) was overwhelmed with flashbacks, mood swings, and anxiety. 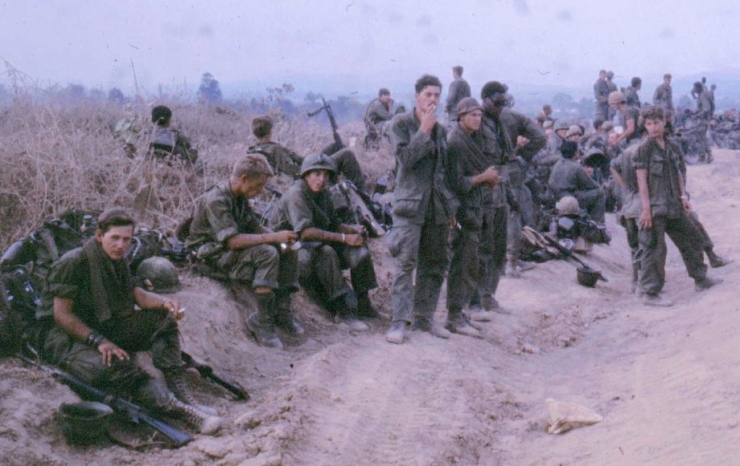 It’s just now becoming socially acceptable to get help for PTSD, so you can imagine what it was like for Vietnam veterans. “Did you guys ever talk about it?” I asked, expecting him to say HELL NO. 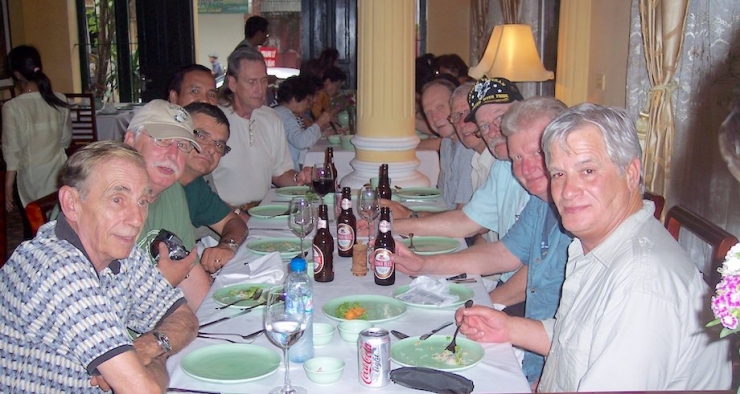 “You have to understand, we didn’t see each other for 10 years after we got back. We didn’t know how to find each other. We placed ads in the newspaper, wrote letters, waited for a response. We sure didn’t talk about PTSD - that wasn’t even a word.” They do see each other, and talk, now that the dark ages of technology are over. Ken and some of the guys get together every few years. 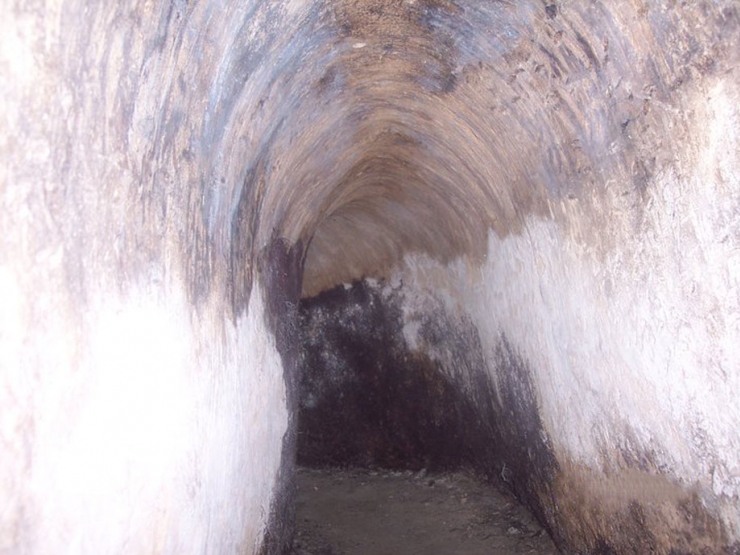 Memories of Vietnam continued to haunt him, reclusiveness and anxiety escalating until he admitted he needed help. Counseling wasn’t enough and Ken didn’t want to rely on prescription drugs for the rest of his life. The people who knew him best pushed Ken to apply for a PTSD service dog, and 18 short months later, Ken was on his way to the North Dakota headquarters of Service Dogs For America. 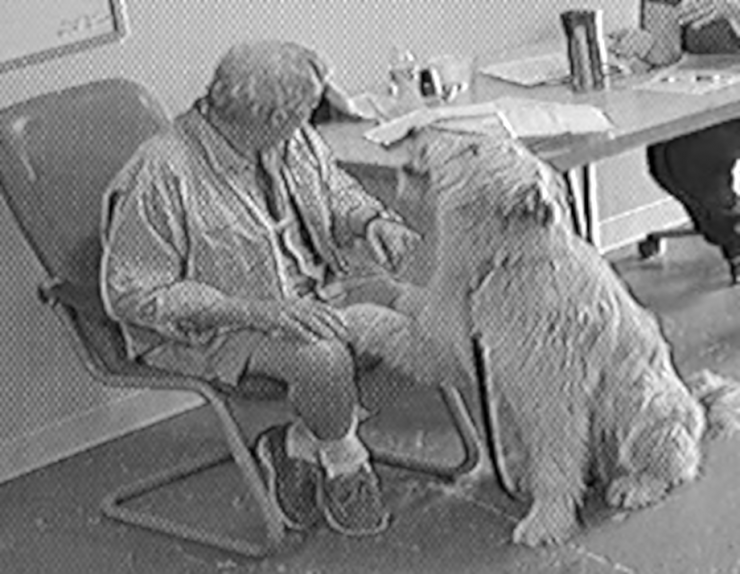 Kind of like a Sadie Hawkins dance, the selection process at Service Dogs For America is reversed from the norm. This is actual footage from the moment Fiona chose Ken as her human. Pardon the grainy pic. 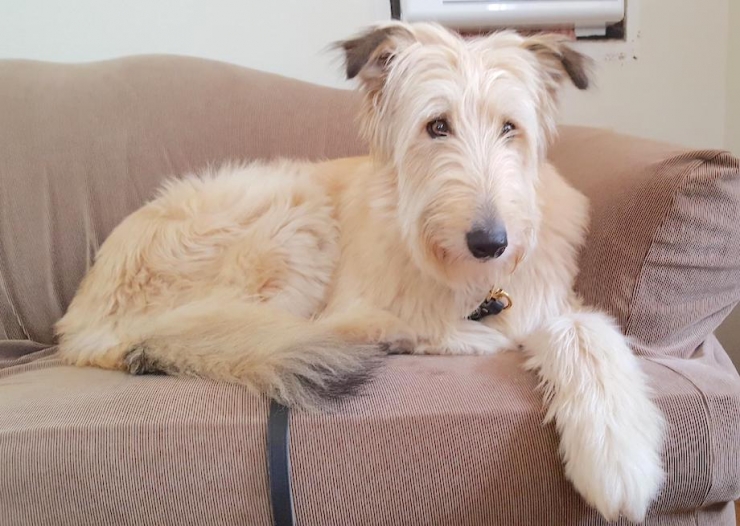 Ken’s story of meeting Fiona is pure gold: “She has blonde fur, big brown eyes, and long legs. We were paired up for the night to see how that worked out, and it did! She has been with me since the 12th of July.”

For the first time in over 40 years, there was hope. 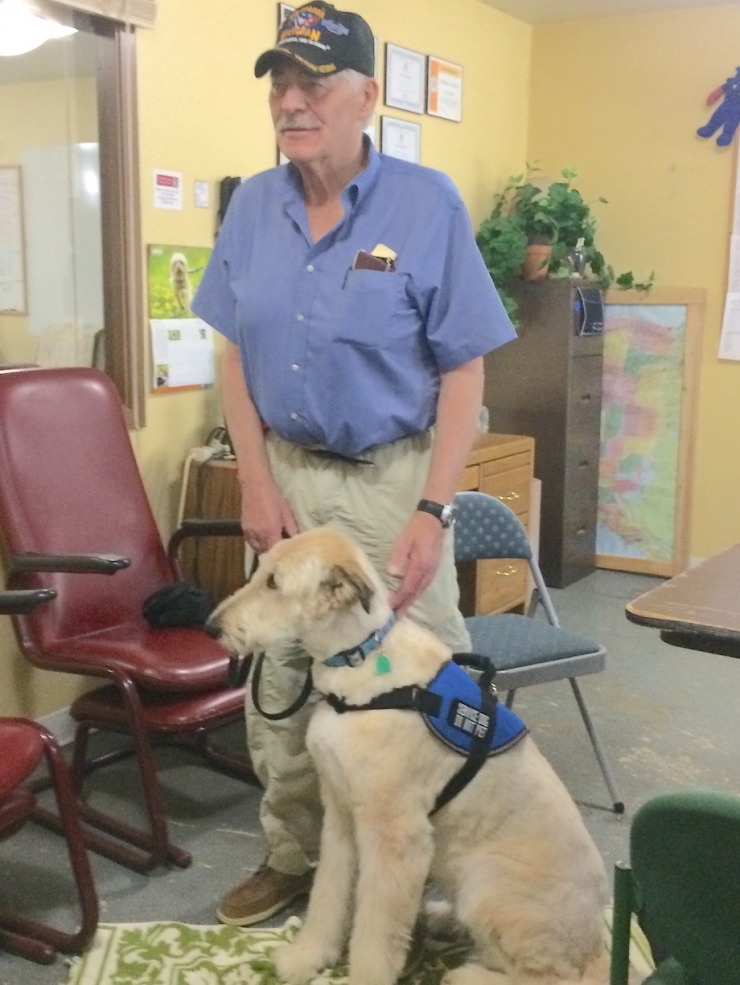 Almost immediately, Ken’s anxiety, panic attacks, and quick temper lessened. He and Fiona are venturing out more, something Ken dreaded for years, and if he pauses, she puts her paw on his foot to reassure him. She never leaves his side. 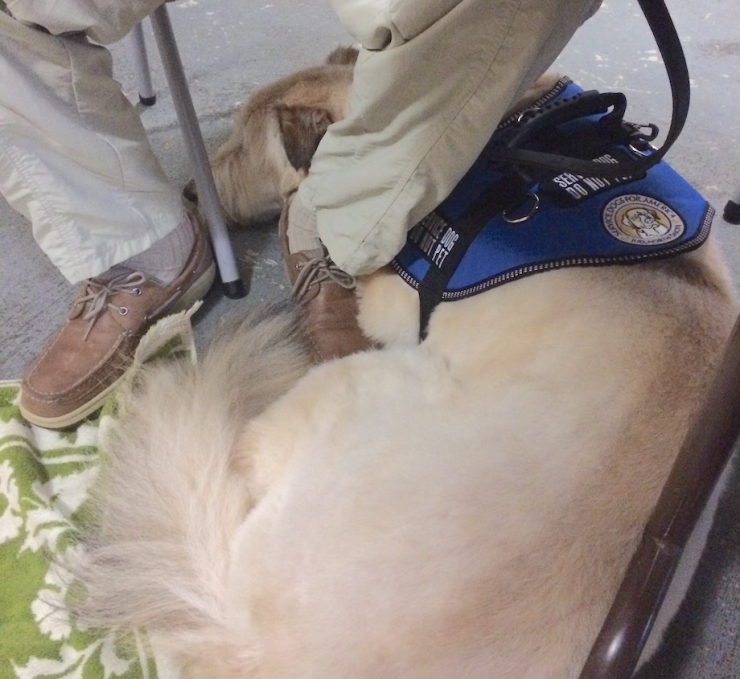 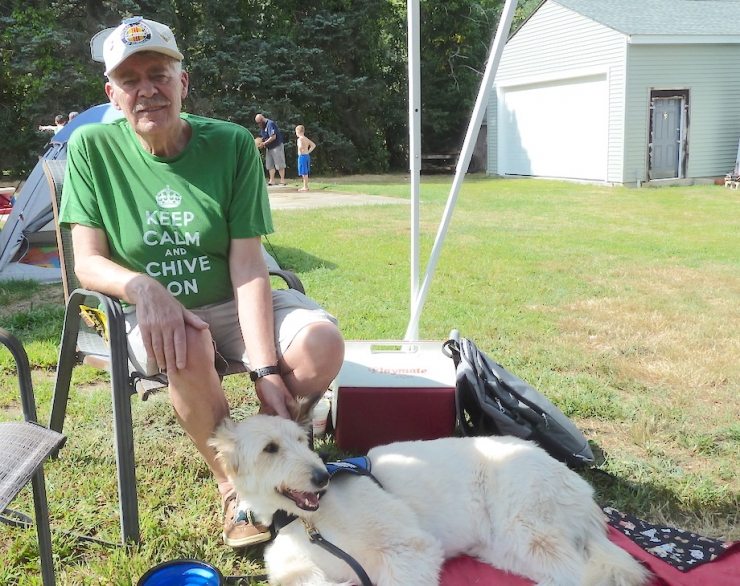 Here at theCHIVE, we leave nobody behind; the outliers, the forgotten, the castaways, they have a home here, and ready access to help if they ever need it. 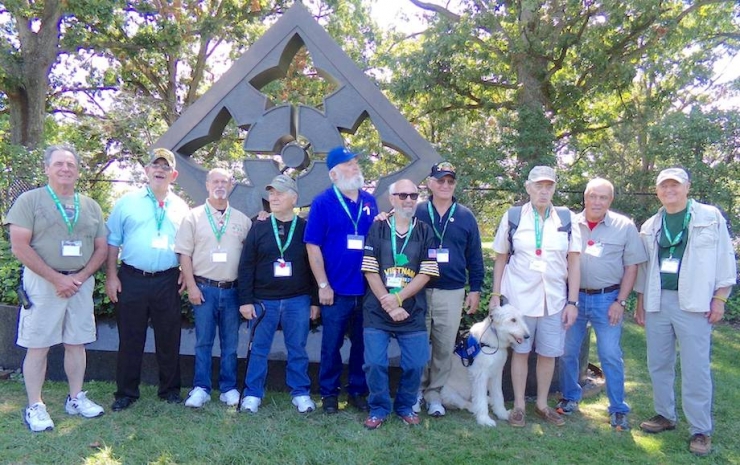 Ken has proven it’s never too late to get the help you need and deserve. 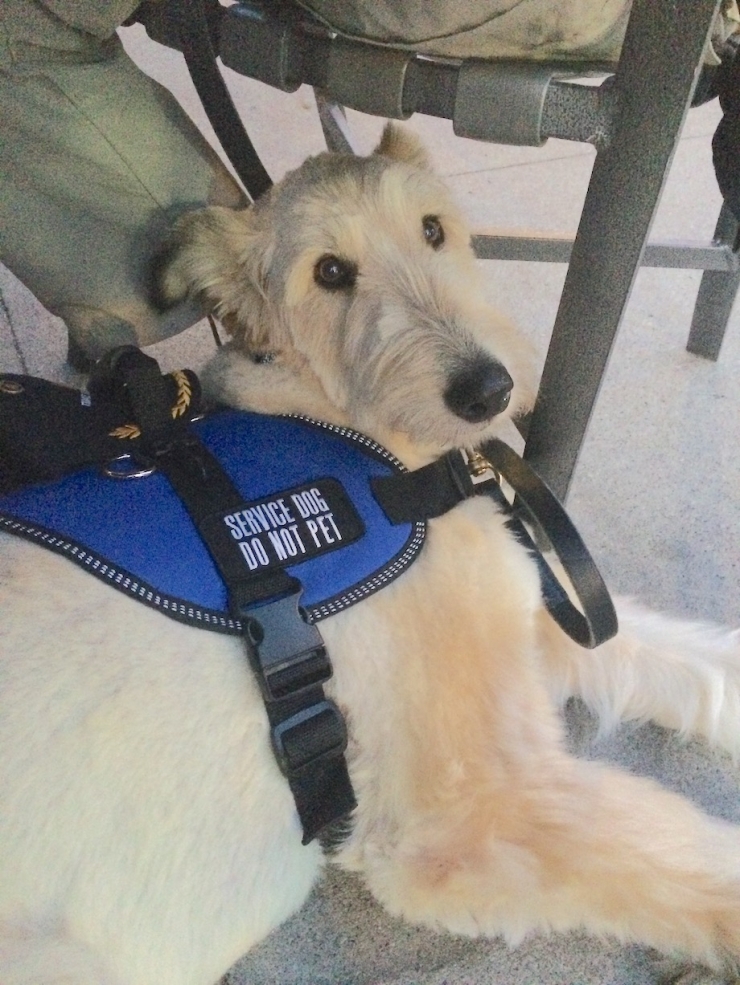 Thank you to Service Dogs For America for giving this hero a chance when others wouldn’t, and to The CW and their new series VALOR for sponsoring this $20,000 Chive Charities grant that will undoubtedly give Ken the life he’s been missing. 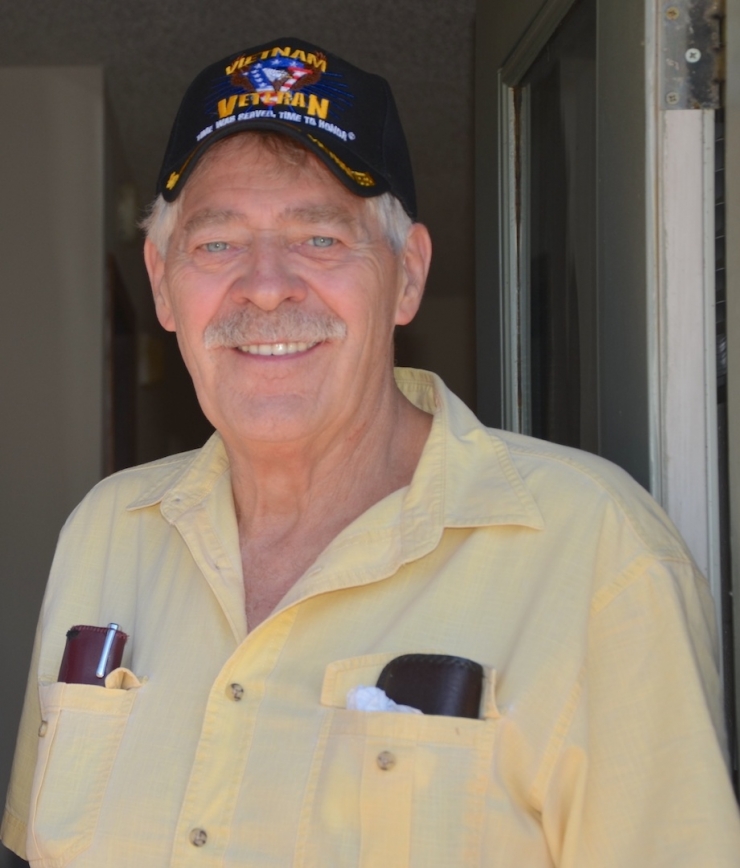 And most importantly, thank you to the honorable veterans of the Vietnam War, whose bravery and courage will never be forgotten. To learn more about Chive Charities and be part of the team helping veterans of all generations, click right HERE.

Since we’re talking veterans, service dogs, and things that are awesome, check out the series premiere of VALOR, on Monday, 10/9 at 9/8c only on The CW. 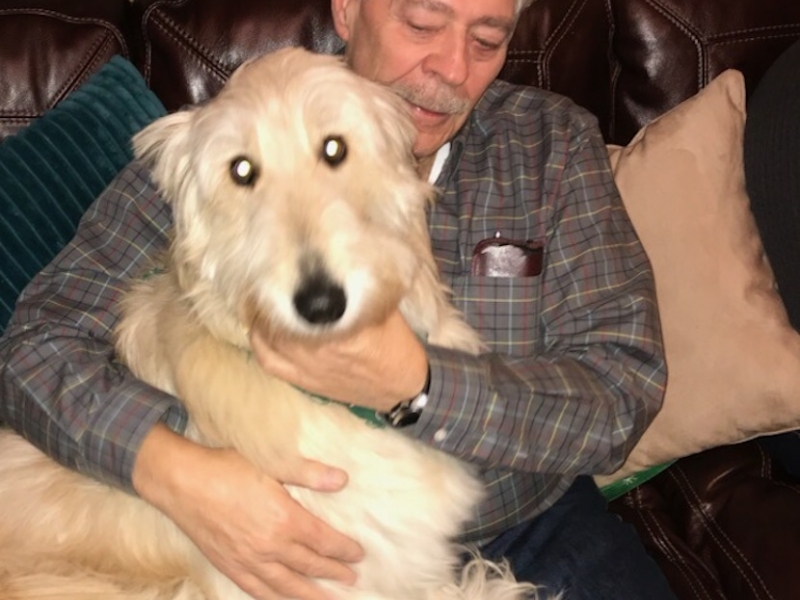