No stranger to kindness

Be kind to one another. It’s something we’re taught early on in life, the golden rule recited to us in near constant repetition. For most, it’s a door held for the person behind us or a handwritten note to show appreciation, but it’s rarely something that leads to big or life-changing impact. Not usually the kind we’re there to see, anyway. 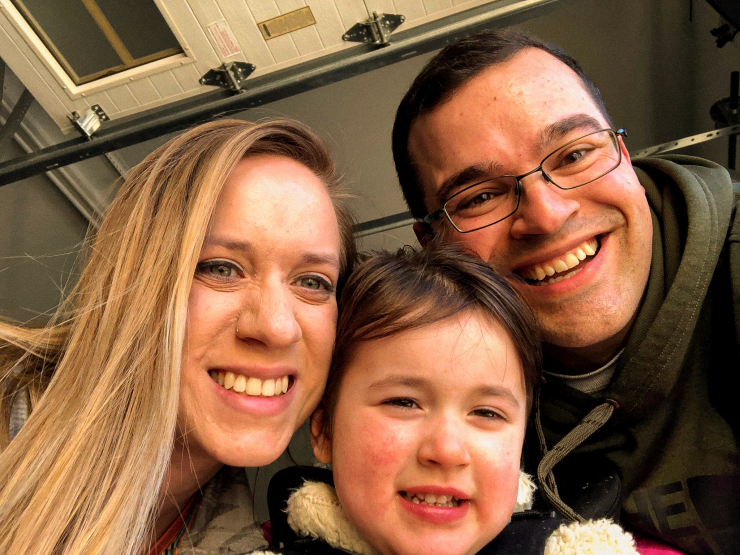 For Nicole, Todd, and Lily McGee, the kindness of strangers is becoming a common theme. And this time, we’ll bring you along to see the impact of it.

A little over two years ago, their first and only child, Lily, was diagnosed with a rare medical condition called Rett Syndrome. It’s best described as having the symptoms of Autism, Cerebral Palsy, Parkinson’s, Epilepsy, and Anxiety Disorder, all in ONE sweet little girl. 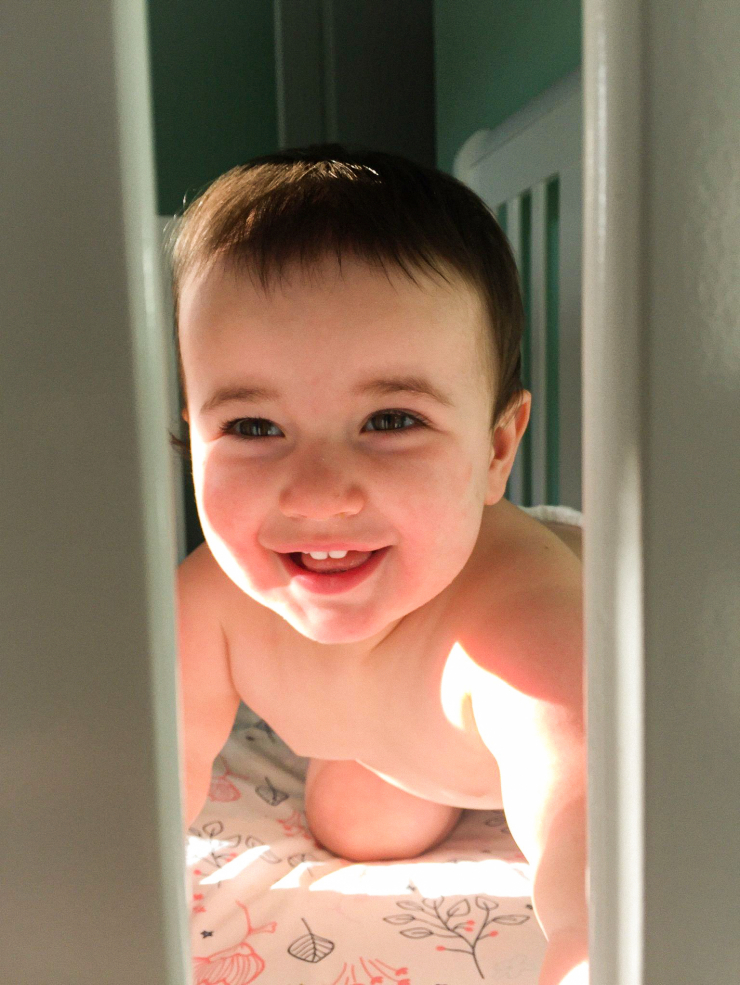 “The first nine months of Lily’s life went how we had expected,” her mom Nicole told us. “She was a healthy baby and was on track, even exceeding some milestones. But when she was nine months old, Lily started falling behind on gross motor skills such as crawling and pulling herself up. Her pediatrician didn’t think there was anything to worry about at the time. By the time Lily turned 15 months old, she started to lose the skills that she had already gained.”

Eventually, Nicole and Todd were concerned enough that they scheduled a follow-up with their pediatrician. That led to a referral to Boston Children’s and numerous neurological and genetic tests. It led to a genetic counselor who would deliver a diagnosis that would change their lives forever. 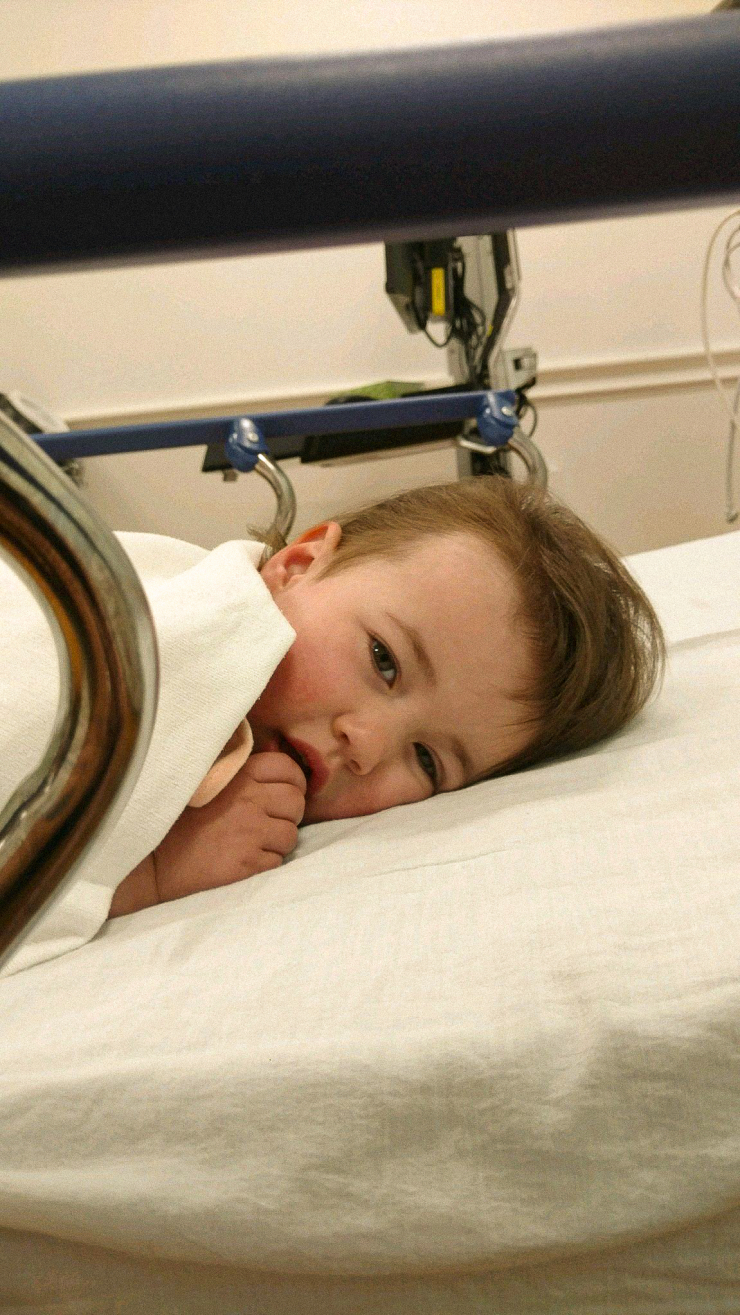 And it also led to the first of many random acts of kindness.

“We met this lady named Elizabeth who raises Goldendoodles,” Todd said. “And we were planning on getting this dog the Saturday after Lily was diagnosed. So, these doctors just get done telling us this information that I don’t even know how to explain to someone who hasn’t been delivered similar news.”

“They said, ‘Your kid’s not going to be able to walk or talk, she’ll have seizures, heart issues, lung issues’, and on and on. But after they tell us all of this, for some reason, I messaged Elizabeth. She only knew my name was Todd — she didn’t know anything else about me. And I quickly told her, ‘I’m sorry, we just got this diagnosis and our daughter is going to need a service dog.’ That’s it. I didn’t even think about her after that, but an hour later, she sends a page-long text message saying that she worked for the Barbara Bush Children’s Hospital...and she’d like to donate a dog to our family.” 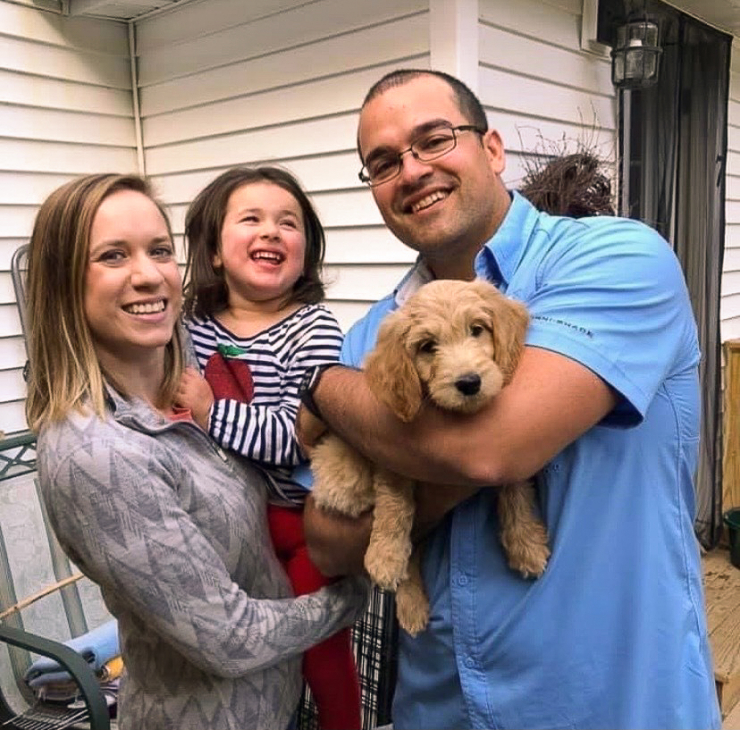 They welcomed Bow to their family, an instant and unbreakable bond formed between him and Lily. A goldendoodle and the golden rule. Perfect.

Despite the challenges that come with her Rett Syndrome diagnosis, Lily is everything you would expect of a 4-year-old girl and so much more.

For a bit of time, she struggled to gain weight, even losing a few pounds. Then, she discovered the true joy of eating that can be beautifully summarized with one word: cheese. Thank goodness this girl isn’t lactose intolerant, because cheese has become her newest love, right behind Bow and maybe even slightly ahead of her parents on some days. 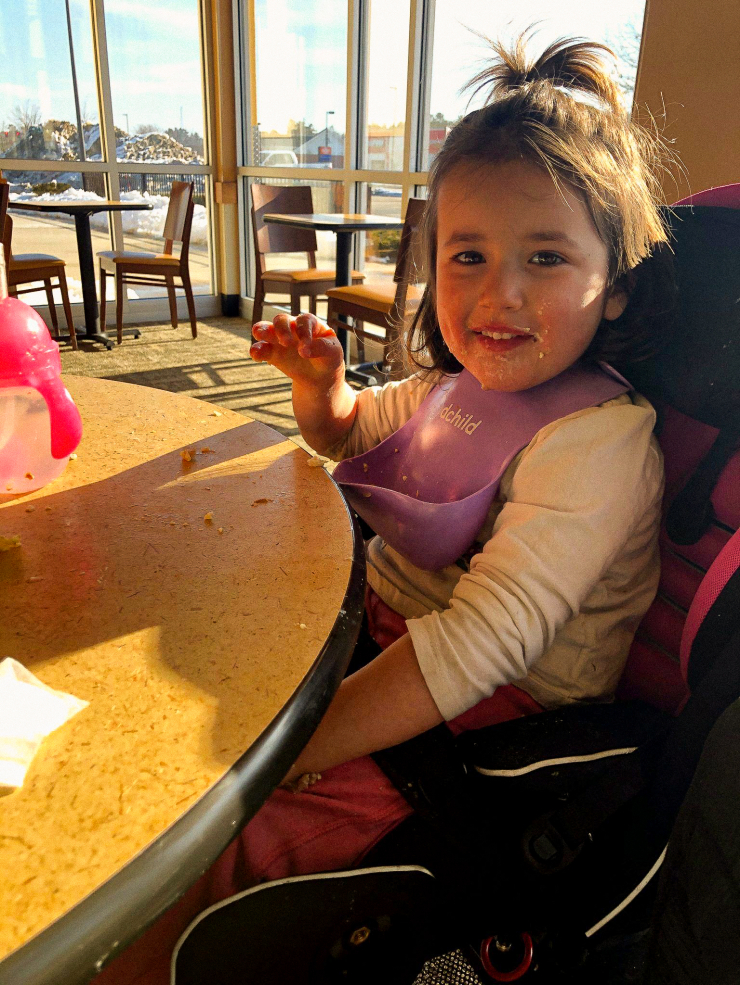 Cheeseburgers, cheese pizza, cheese sticks — you name it, she loves it. She’s even been known to crush a plate of shrimp pad thai. How many 4-year-olds do you know who can say that?

The good thing about it all is that Lily gained weight. The only slight, tiny challenge in that is that it made lifting and carrying her a bit more strenuous than before. A great problem to have, but still a challenge.

Ever the problem solver, Todd turned to the internet and Craigslist to track down a used ramp so the family could have two exit points in the house for Lily and her equipment. 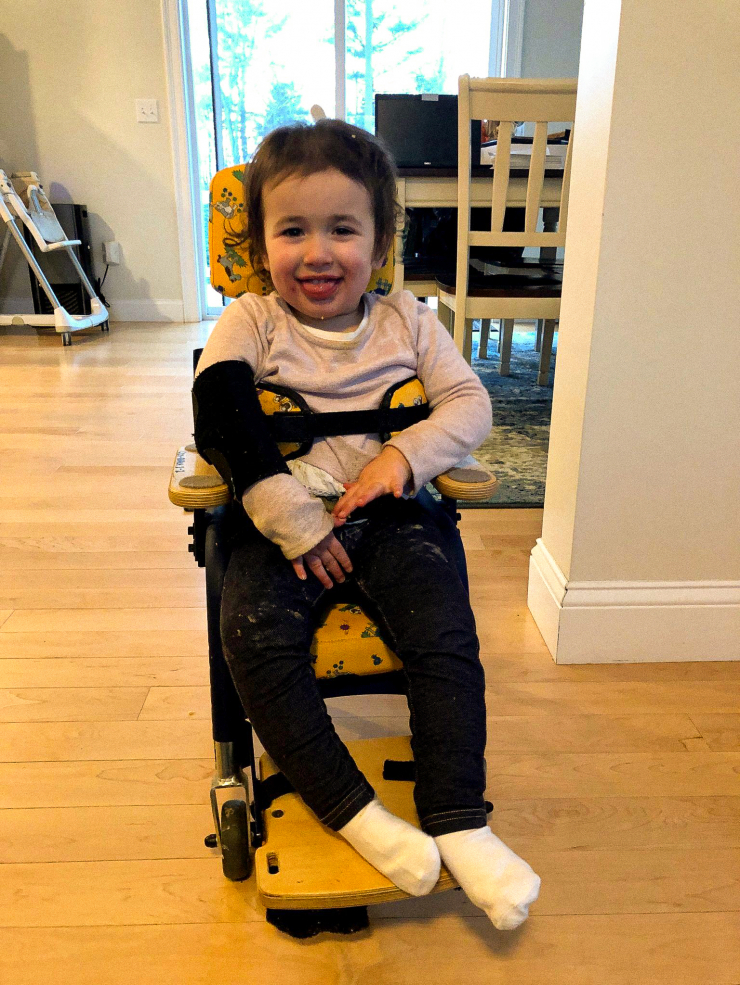 “I had been negotiating back and forth with the seller for almost a week,” Todd explained. “We finally settled on a price and showed up to get it. I asked what name I should put on the check and they said, ‘How about you just send us a picture of your daughter.’ So I’m not getting it and say, ‘Really, what’s the name for the check?’ And they told me they were giving us the ramp.”

Two random acts of kindness with big impact. And we’re not done yet. 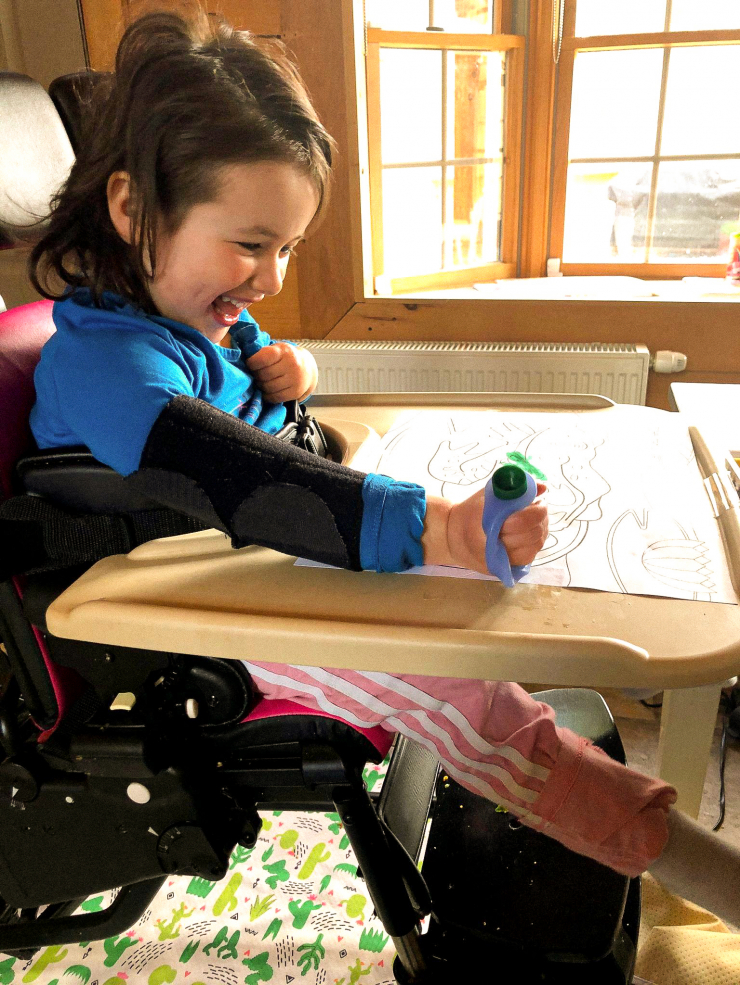 This growing girl with the quick wit (she once referred to her grandfather as a “queen” after he was being dramatic on a phone call) loves baths. But similarly to the issue of transporting her around the house, Nicole and Todd started to feel like they couldn’t safely lift her in and out of the bathtub.

Todd is a patrol deputy with the sheriff’s office, so many nights, Nicole was trying to lift and bathe Lily by herself. “Honestly, it was so difficult. I couldn’t safely bathe her as often as we wanted to and as often as she deserves to,” Nicole tearfully said. “But really, it just wasn’t safe for me to pick her up and move her on my own.” 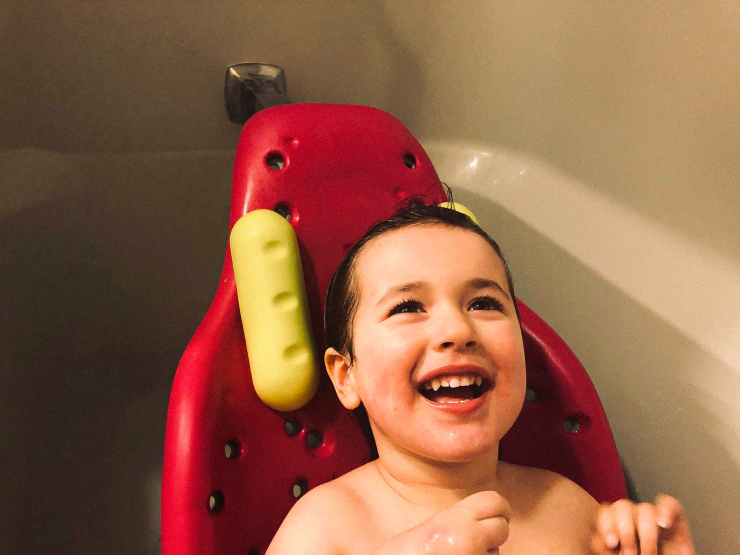 They needed to renovate their current bathroom to accommodate Lily and her medical equipment, that was clear. How they were going to do that without accruing debt or causing financial strain was the bigger question. 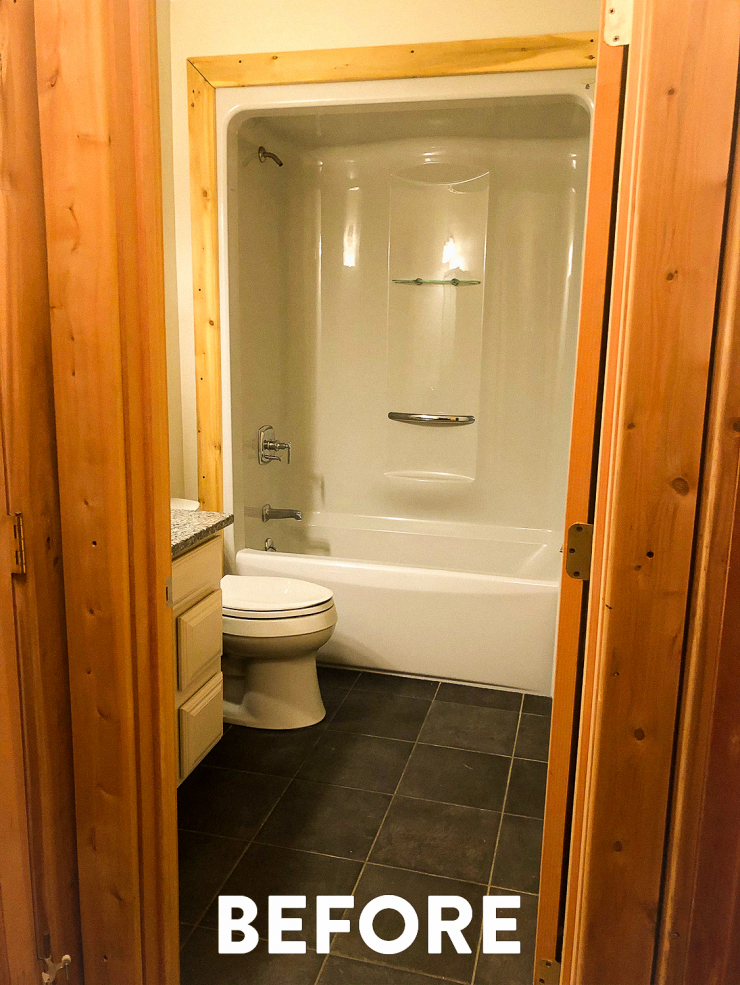 Then, they found Chive Charities. Helping the underdogs and looking out for the underserved is the foundation of everything we do. There’s nothing random about our acts of kindness. Our monthly donors make sure of that.

For the McGee family, it started with a goldendoodle, then a wheelchair ramp, and now, the bathroom renovation they thought would take years to fund. We wouldn’t let that happen. 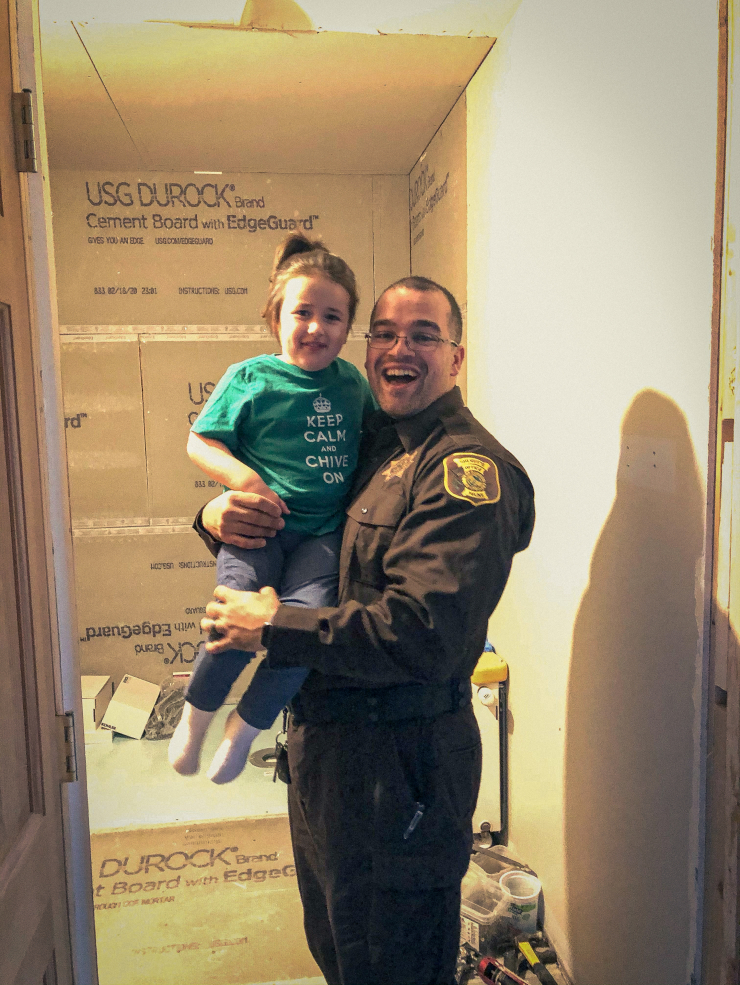 We sent a team to Lily’s house to install her beautiful new shower, fully equipped to meet her needs and keep her safe, for a total impact of $39,517.72. Look at this masterpiece: 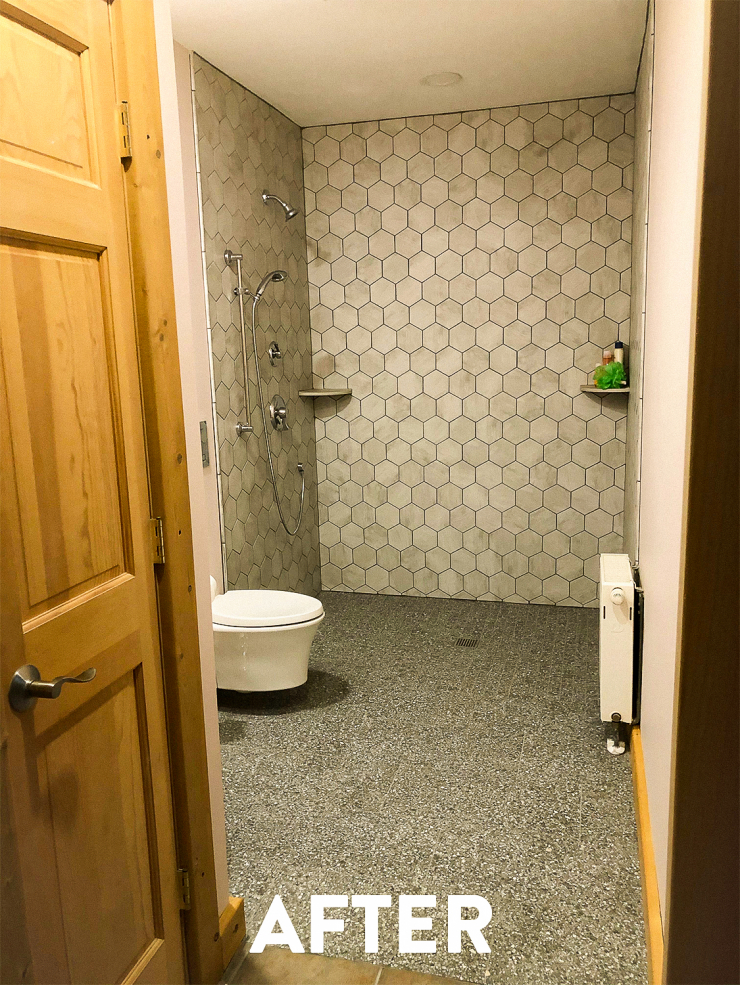 “She belly laughed last week when she got her first shower,” said Nicole. “It’s just life-changing for all of us, and I’m sure for her especially, being able to feel like she doesn’t have to have us holding her up. You can tell she craves that independence, and having a way to do that for her is everything.” 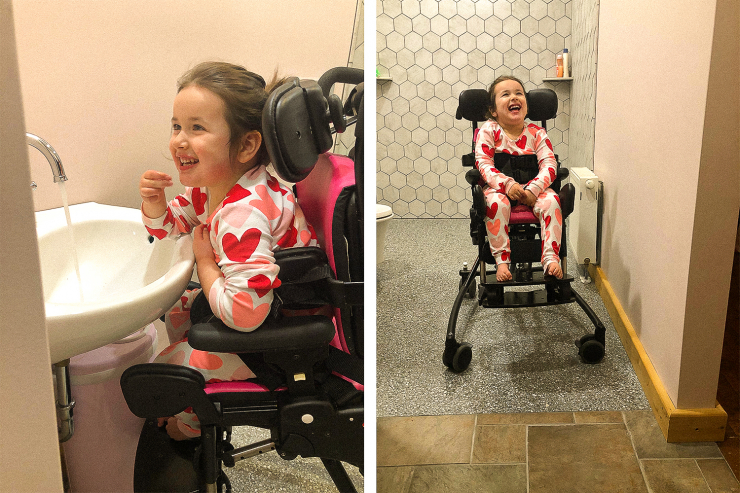 That smile is everything, too.

When it comes down to it, yes, random acts of kindness are still about holding the door for the person behind you or writing a note of appreciation. But our monthly donors have also made it about donating to purchase a new wheelchair-accessible van, or building a backyard fence to give a child their freedom, or funding therapeutic healing for veterans and military members.

They’ve made it about paying it forward each month with $5, $10, $20 that doesn’t disappear into some online black hole, but that funds life-changing and life-giving grants for real families all across the country. Treat others as you would want to be treated. Thanks to you, we’ve got that golden rule covered. Let’s keep it going. Donate HERE.

(P.S. Like all families who have a loved one with Rett Syndrome, the McGee’s are hoping for a cure. The best way to get there is through research and awareness. Help spread the word and create some noise about Rett Syndrome by sharing their story. We can’t do it without you).