Seeing the good in the world

It’s not easy to see bad things happening in the world. It’s not easy to hear the news of wars, or tragedies, or dire circumstances. Many times, it’s not easy to read the recipient stories Chive Charities shares with you every week. There’s a lot of darkness out there, a lot of heaviness.

But there’s also a lot of good.

When this week’s recipient, Nicole, was growing up, her mom used to point to those sad or tragic stories and say, “If they can live it, I can watch it.”

It’s a good perspective, right? What’s a blip on the map for us - a few minutes to hear about someone else’s challenges - is the daily routine for someone else. It’s all they know. And while we might hear the details and think about how hard it must be, even then, we don’t get the whole picture. We might even miss out on the lesson. 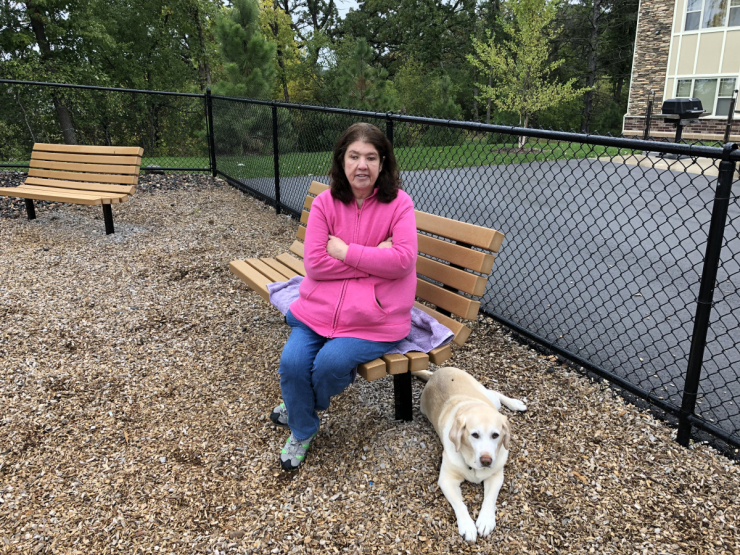 Long before Nicole was born, her dad worked for State Services for the Blind of Minnesota. So when Nicole turned four and started patting the ground to find her shoes instead of looking at them with her eyes, he knew something else was probably wrong.

“They took me to the eye doctor and I was diagnosed with juvenile macular degeneration,” Nicole told us. “But that didn’t really tell the whole story of what to expect or what was coming.” 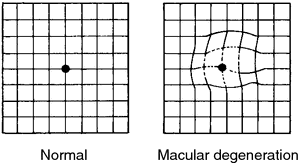 She would later get the full picture, and Nicole was finally diagnosed with a rare medical condition called Bardet-Biedl syndrome (BBS), a genetic disorder that impacts multiple body systems, including problems with obesity, kidney functions, and vision.

“My vision loss was progressive,” Nicole explained. “I could read type print in grade school, then only large print in middle school, and then no print at all.”

“But honestly, I’ve gotten comfortable with the lack of vision. It doesn’t bother me as much. The weight issue has always been harder for me.” 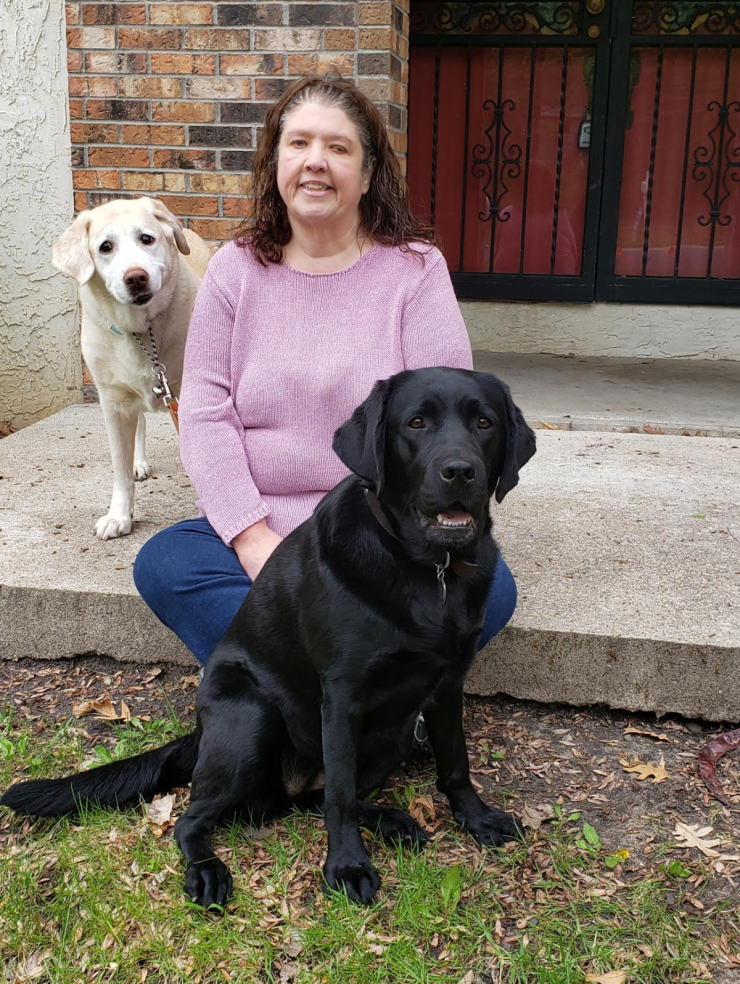 Nicole’s sister Pilar joined our video call to help her sister and when we asked her to talk more about Nicole’s life, her eyes filled with tears and she took a deep breath. “She is probably the most joyful person I know,” she said.

Pilar told us that her sister has always found the good amongst the bad. She just doesn’t see the negativity - literally and figuratively. She said Nicole genuinely loves people and enjoys being social. She especially takes pride in doing presentations at local schools where she shares more about her blindness and service dog, Echo. (“The kids ask such wise questions,” Nicole told us. “Funny, but wise.”) 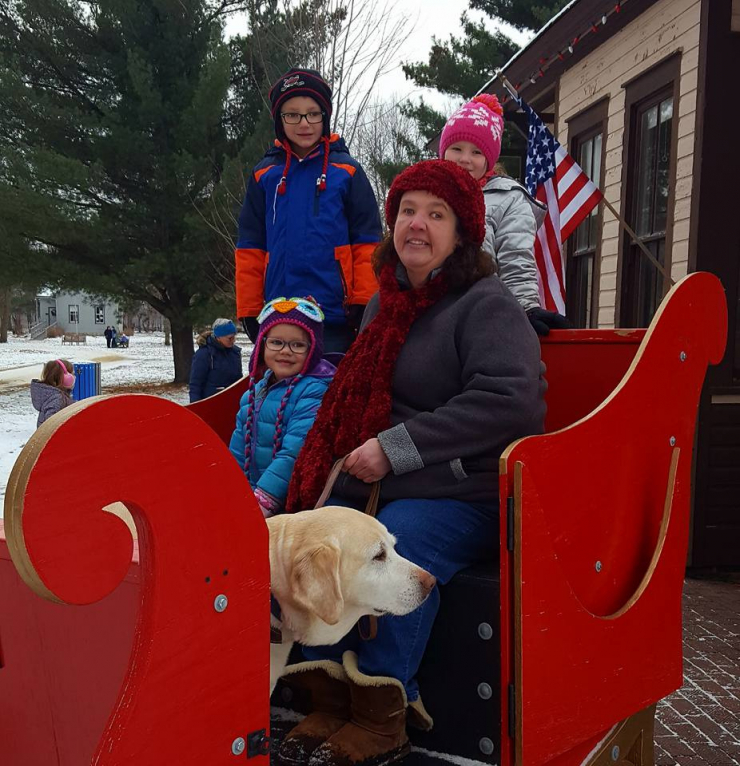 But perhaps the most poignant thing Pilar told us about her sister is that Nicole’s vision loss keeps her from seeing negative reactions or acts from other people. When they walk through Target and Nicole accidentally bumps into someone or is walking “too slow,” she doesn’t see them roll their eyes or make a face behind her back.

“I don’t see all of the ugliness in the world,” Nicole said. “And that’s been a blessing.”

Nicole is anything but materialistic. She simply doesn’t care about stuff. But that doesn’t mean she doesn’t have needs, that she doesn’t have a list of things that would make life a little easier for her. 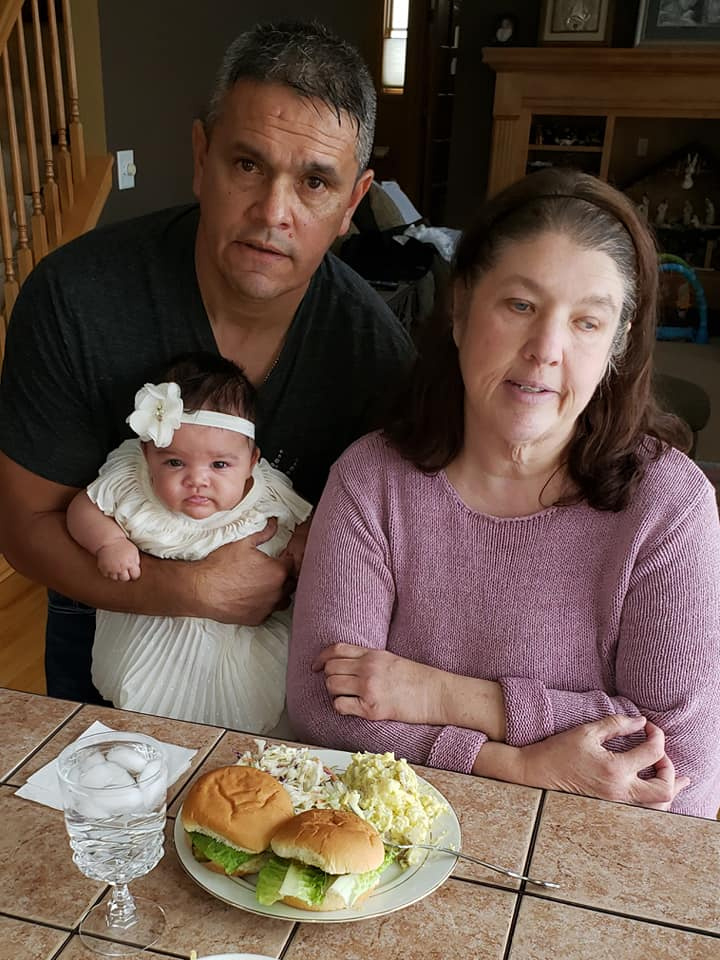 Take the Covid-19 lockdowns as one example. Pre-pandemic, Nicole loved to walk across the street to her church and visit with the staff and other members. But that wasn’t possible for a long time. And since she can’t drive, she either had to rely on one of her sisters to drive her somewhere or the less-than-reliable public transportation that turned a 15-minute errand into a four-hour excursion.

She was bored. Painfully, exhaustingly, bored.

“I would call her to check in,” Pilar said, “But you could hear the loneliness in her voice. I mean, think about it, being stuck at home for weeks and months with no sight. Watch a TV show? Can’t do it. Read a book? Not really. I just felt so bad for her.”

But Nicole didn’t let it keep her down for long. She’s always seeing the good in everything. She decided to start cooking, whipping up some of her late mom’s recipes. And while it wasn’t quite the same (“I think I was using the wrong molasses or something,” she laughed), she was happy to carry on some of her mom’s legacy and spread some joy to her loved ones. 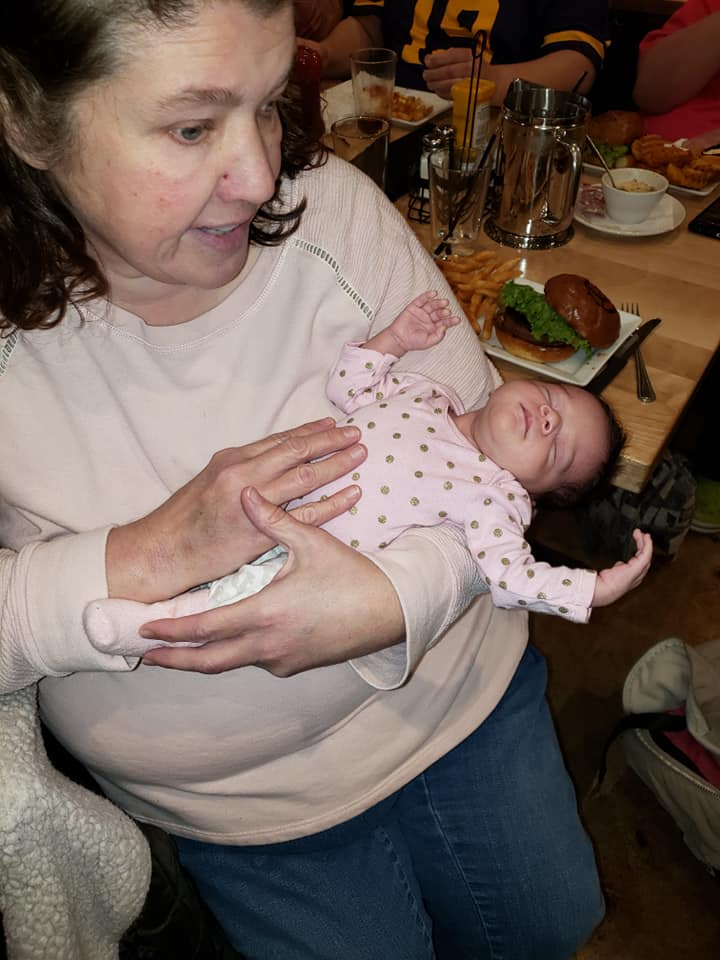 But if you think it would be difficult to entertain yourself home alone all day - with no vision - imagine how challenging it would be to cook or bake.

Nicole doesn’t have adaptive appliances, and she makes frequent calls to Pilar to help her. Getting some independence back would be huge for her, and exactly what she needs and deserves. 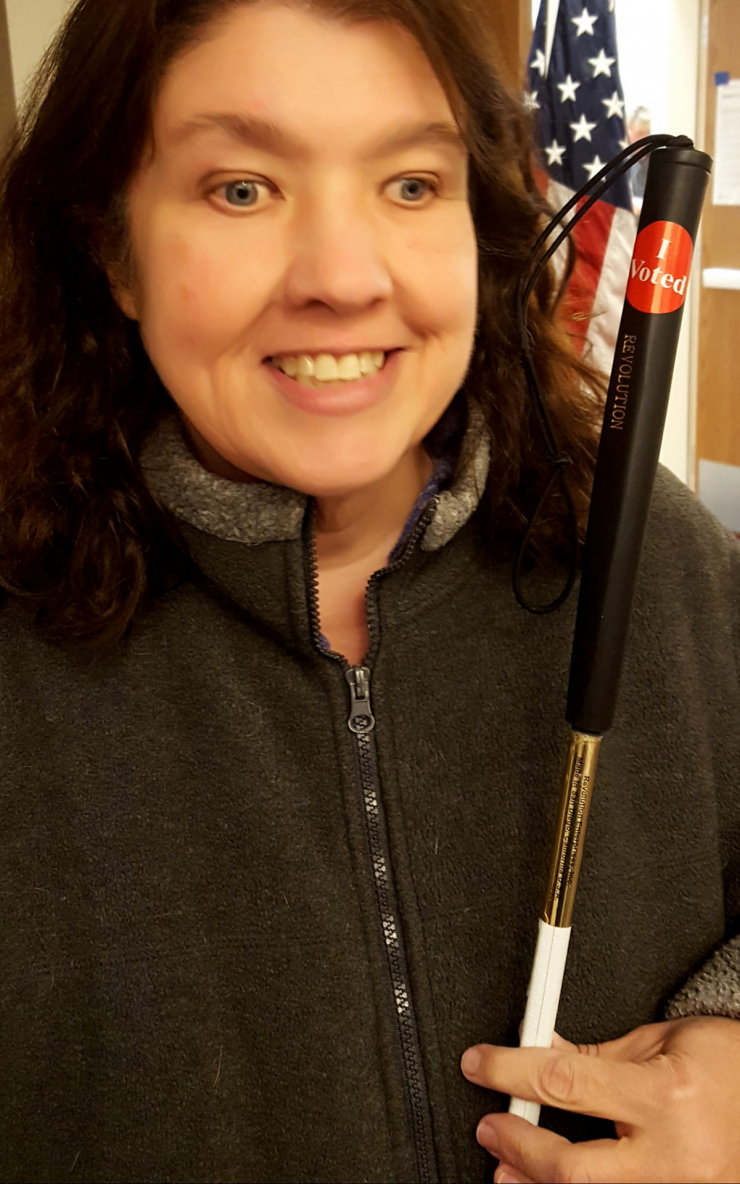 So, when Nicole was listening to the news, she heard the story of a guy who was vision impaired and had been helped in the past by the Chive Nation community. She and Pilar frequently read the stories of our recipients, and they thought, why not try it?

It would be easy to focus on the negative, to think there was no way she would be approved or get the help she needed. But that’s not Nicole. She applied.

And thanks to the support of our donor community, we were able to approve Nicole’s application and fund new adaptive kitchen and laundry appliances for a total impact of $7,800. 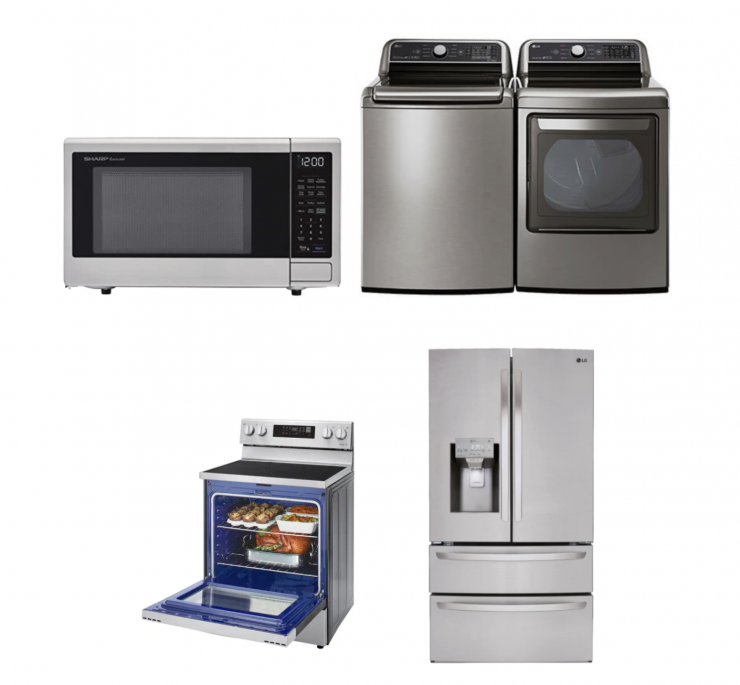 “To everyone who donated to make this possible, thank you for the opportunity. Thank you for giving me the chance to open my eyes to more possibilities - to have a better quality of life and more independence. Just…thank you.”

Nicole can see the good in everything - and you just brought more of it to her. And those recipes she’s creating to carry on her mom’s traditions…well, that just got easier with the voice-activated microwave and wifi-enabled oven. It’s no small thing to give someone. It’s legacy. 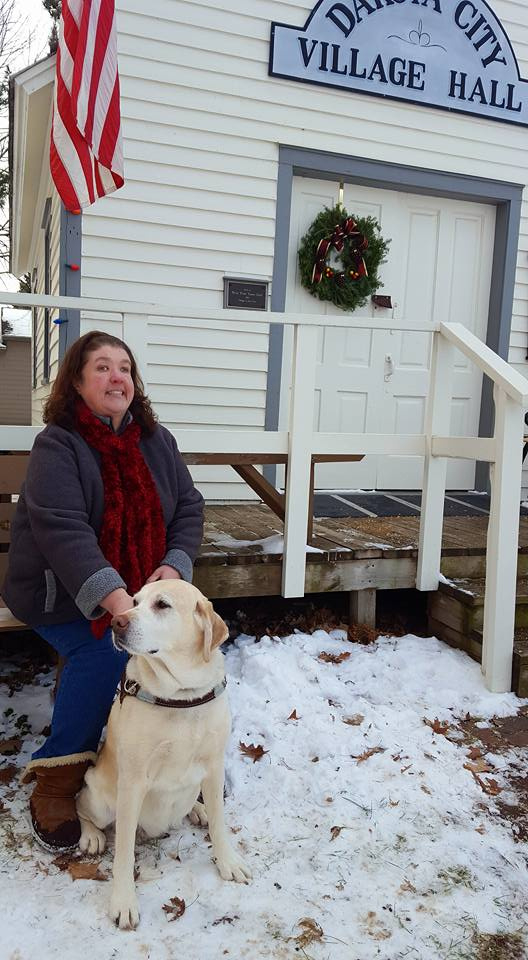 Since 2012, more than 500 people have shared their stories with our community. And for all those Chive Charities recipients you’ve seen and heard over the last decade, you’ve given them a chance to see more of the good, too. Let’s bring some more of it to the world. Let’s do what we can to make it 10% happier. DONATE HERE.