Everyone, prepare to fall in love with your new grandma. 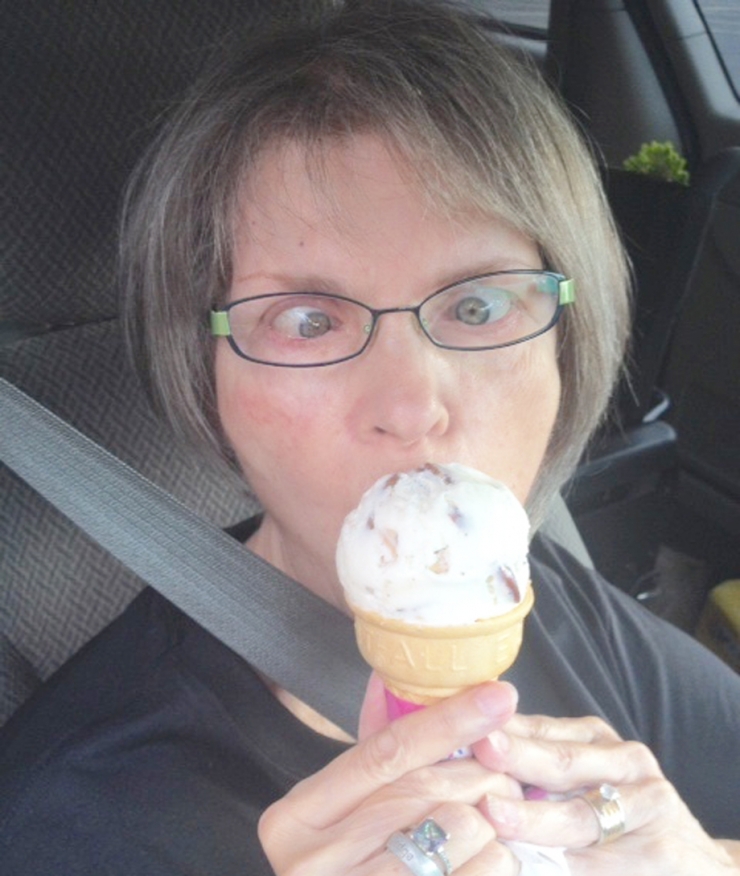 Everything about Linda is wholesome and sweet, so very, very sweet, but in a way that makes you smile and eat it all up with a spoon anyway because you know in your heart people like this exist to balance the universe and we’re all so much better for it.

You want Linda to keep on being this way, to stay adorable and pure and grandmotherly, because she’s just SO cute. At least, I feel that way...I haven’t had a grandparent in years, and that warm, fuzzy feeling is comforting to say the least. But it made reading about her battle with inclusion body myositis (IBM) so much harder. 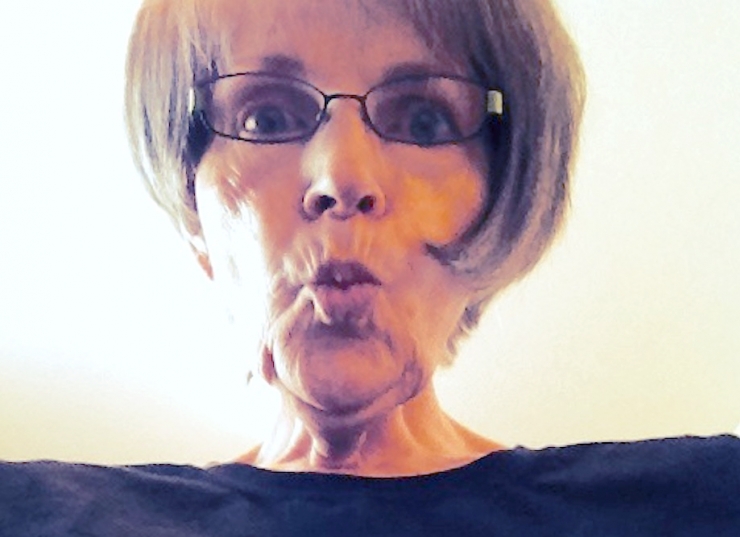 These solo pics of Linda are some of the very few in existence, by the way, because she’s almost never without her beloved Richard by her side. Their love story began almost 50 years ago, when their collegiate singing groups crossed paths in Ogden, Utah.

After what I can only imagine was a pitch-perfect courtship. 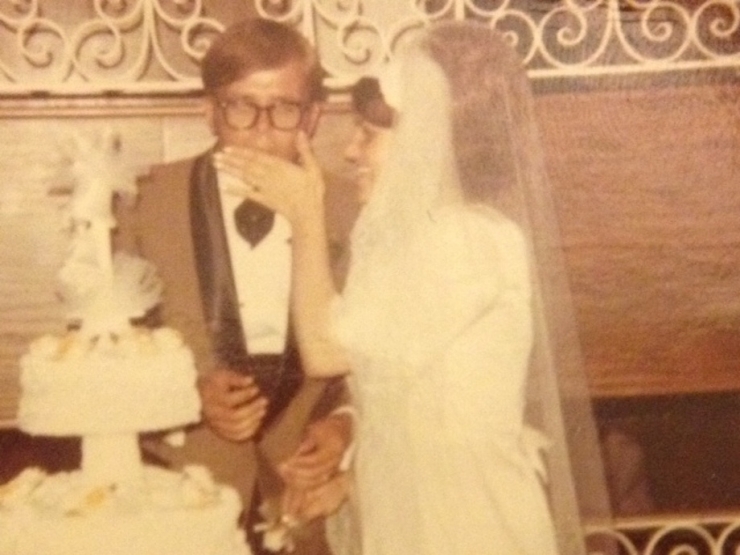 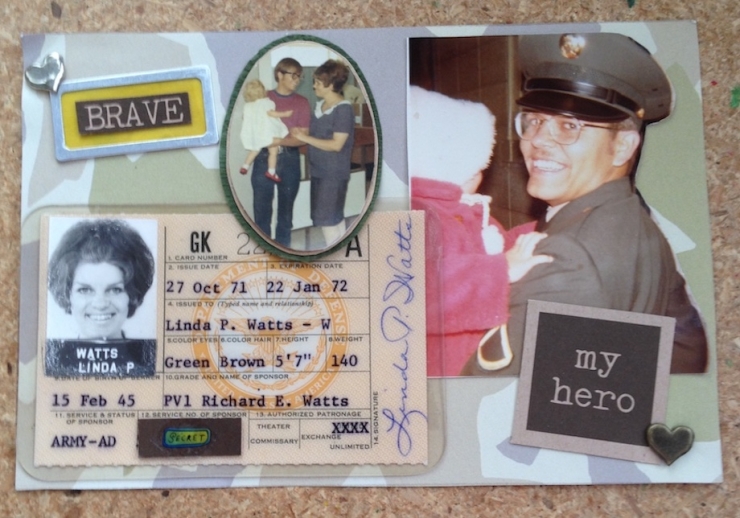 Richard enlisted in the Army National Guard two years later, they had their first baby, then four more, and in the blink of an eye... 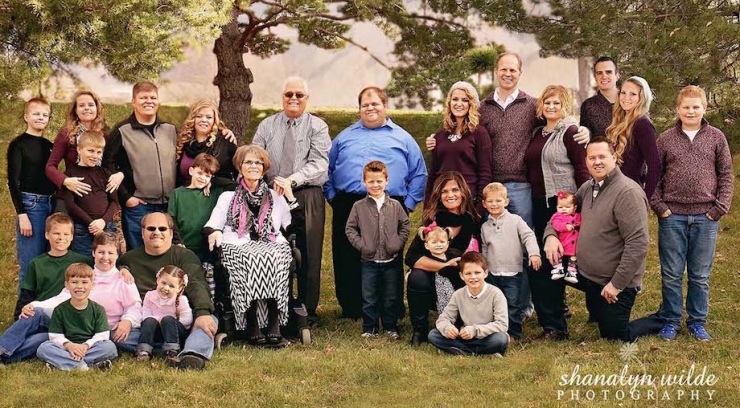 A big, beautiful life unfolded, one Linda writes about with the hand of a poet and the heart of the World’s Best Grandma: “The GRANDS have raised the Joyful Noise decibel to a whole new level, and magnified the atmospheric energy to a new dimension!” 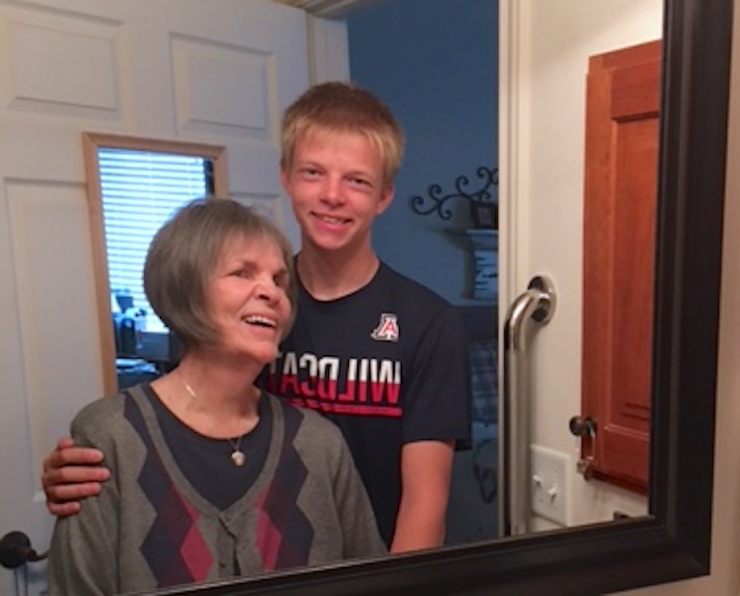 And about grandson Kaleb, specifically: “Look at that 16-year-old hold his grandma upright to hug her. He gave me the strength to stand!”

Though it sounds like a metaphor penned by a doting grandmother, Linda means it quite literally. Fifteen years ago, she didn’t need help standing, walking five miles a day, doing pilates, or crafting cheeky decor for Richard’s man cave. But gradually, her muscles weakened, she had a few falls, and stairs became a struggle. Her increasing symptoms pointed to multiple sclerosis, maybe ALS, but testing revealed Linda had inclusion body myositis, a progressive, inflammatory muscle disease. 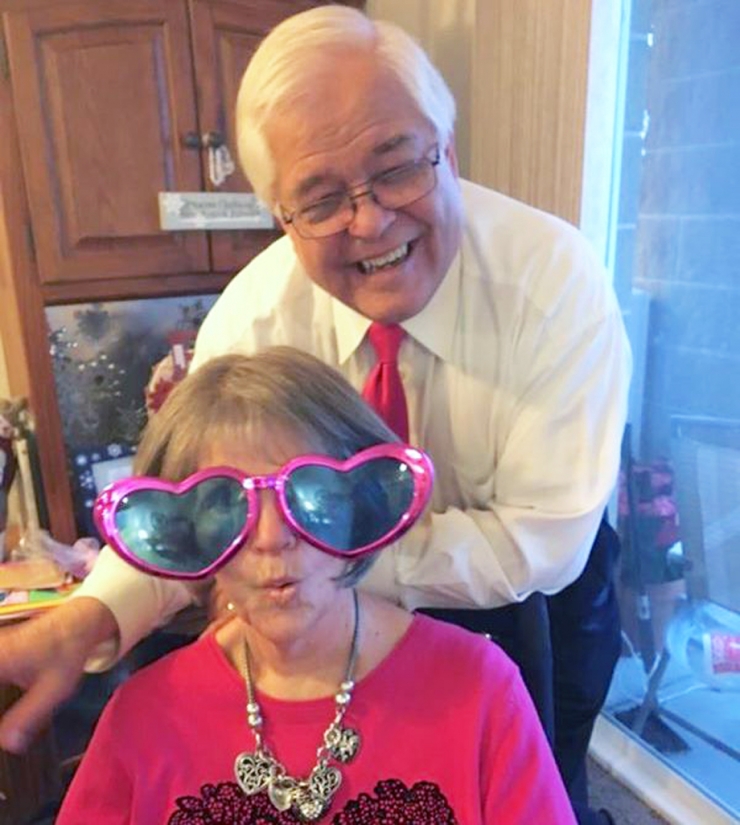 Look at this woman. I know you’re smiling, too. Everything about her is so upbeat and positive, even as she describes how IBM is robbing her abilities and threatens to cut short her time with family, and how she now relies on her Richard for nearly everything she used to do herself. It’s enough to make even the most optimistic human waver, and Linda admitted it can be hard to keep her chin up. 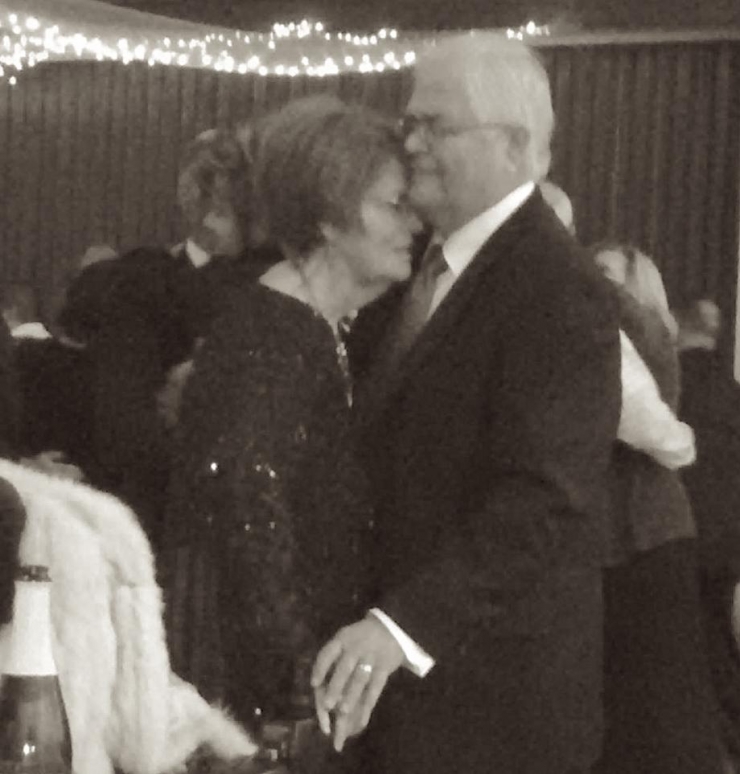 “Attacks of fear, despair, and discouragement have become increasingly brutal. The disability has escalated to a level we’ve not previously had to deal with, and transferring from motorized wheelchair to passenger seat is increasingly unsafe. Not that I was ever dignified,” she added, humor peeking through just the slightest, “but IBM has been bent on making me feel worthless, helpless, and hopeless. Not to mention gross and ugly.”

No no no no. No. World’s Best Grandma should never feel like this. Not to mention, it’s not true. 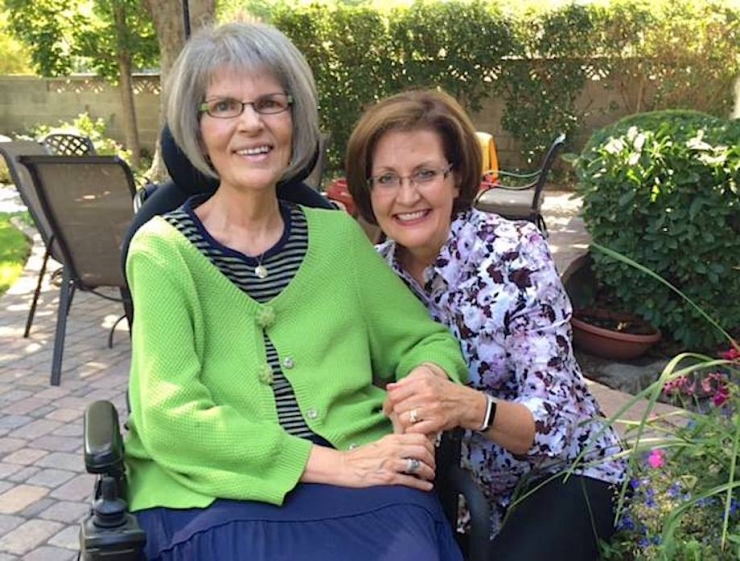 She’s lovely through and through.

But in desperate need of a wheelchair-accessible van.

So we gave her one. Well, Chive Charities’ Green Ribbon donors gave her the van, which Richard calls a “chariot for his queen.” Linda’s excited about going to church, attending events, traveling to see their family, and just being able to get out of the house without worrying about her safety. And she wants to take every donor for a ride in her chariot – her words, not ours!

Richard and Linda picked up the van two weeks before Christmas. We asked her how she liked it, and her response did not disappoint. 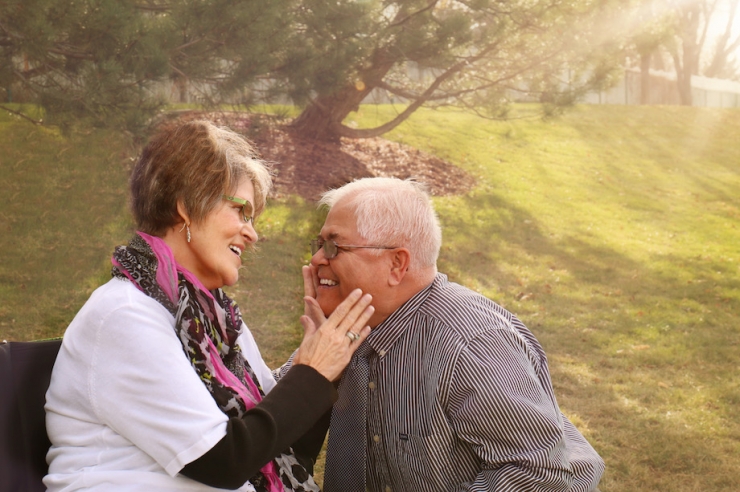 “How does it feel when the sun shines after a storm? There are no words to explain, it was just so incredible. I love being in it, I feel so secure and beautiful. It’s emotional, physical, mental, beyond description. I’m so grateful.”

Helping amazing people like Linda keep their freedom even after a life-changing diagnosis is what Chive Charities is all about. Become a monthly Green Ribbon donor right HERE to be the ray of sunshine in our next incredible story. 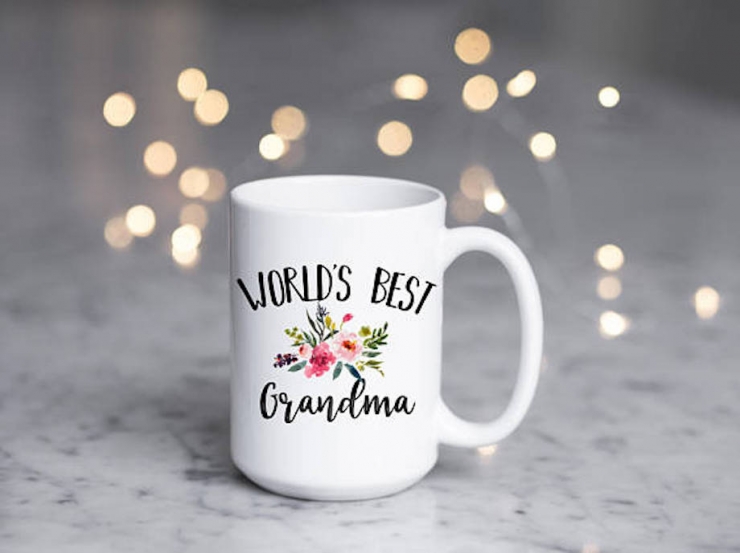 Cheers to you, Linda!

** Shout out to our friends at BraunAbility for helping make this grant possible. 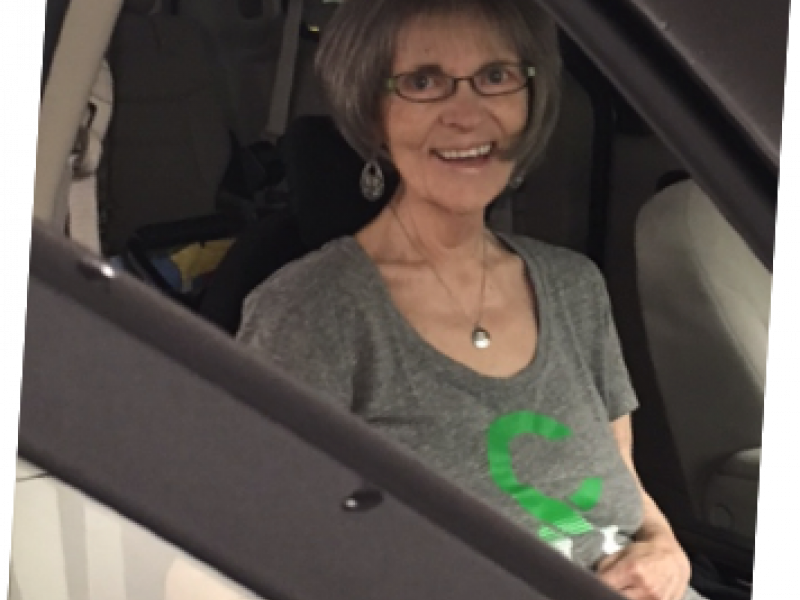