And the beat goes on

Editor’s Note: Sometimes, a recipient shares a story so moving and awe-inspiring, we have to share it with you in its entirety, straight from their own hearts. This is one of those times. From Giuseppe’s mom, Karissa, here’s their story: 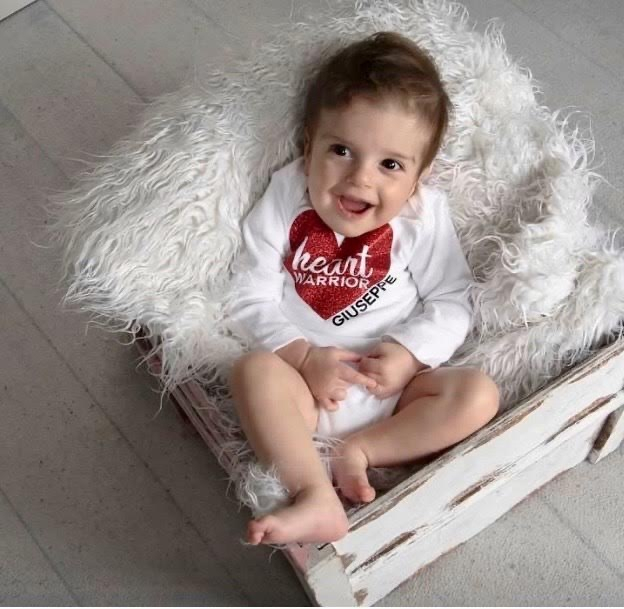 On October 2, 2015 after a long traumatic delivery - ending in an emergency C-section where he was lodged in the birth canal and had to be pushed back up by three doctors - Giuseppe Fontana entered this world fiercely determined to be here.

He suffered a skull fracture, bilateral elbow fractures, and was black and blue from head to toe. From day one, he had to have an extraordinary amount of strength. We were not given much hope on what his future looked like and if he even had one ahead of him. 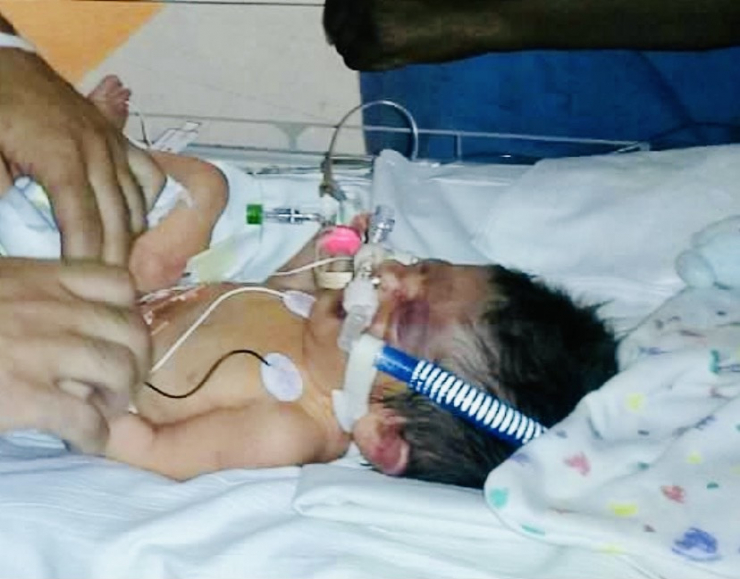 Our first-time parent bliss instantly turned into anxiety and fear of many unknowns. But there  was one thing I was certain about. While they wheeled him past me, I reached my hand out and his tiny little fingers wrapped around my finger and squeezed so tight. In that moment, that squeeze told me, “we got this.” That has been my driving force to provide him with the best life I possible could.

He has global developmental delays, ADHD and epilepsy, and a slightly underdeveloped cerebellum vermis which affects delays in all milestones, balance, coordination, speech delays, and fine and gross motor delays. 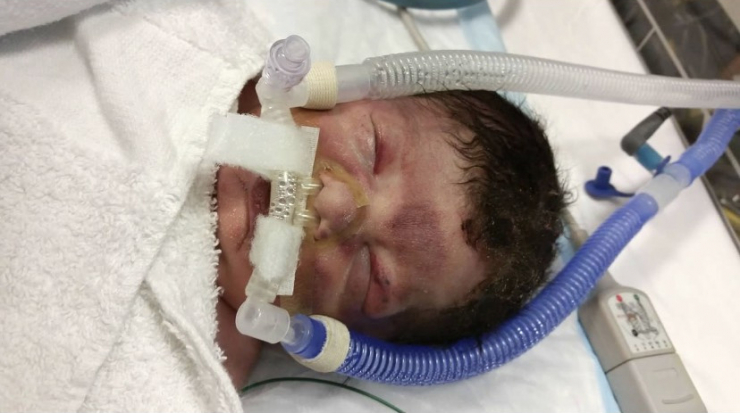 At four days old - October 6, 2015 - Giuseppe underwent his first of several openheart surgeries. He was born with a threatening congenital heart defect called tetralogy of fallot with pulmonary artresia, which required immediate intervention, along with several more surgeries thereafter. He was in the NICU for his first 8 weeks of his courageous life.

His first years of life were spent with many therapists - speech, physical, occupational, feeding - plus, neurologists and cardiologists  to name a few. Any title that ended with ologist. And every time we have a follow up appointment requiring a lot of tests, I hold my breath waiting for more news I’m not ready for. 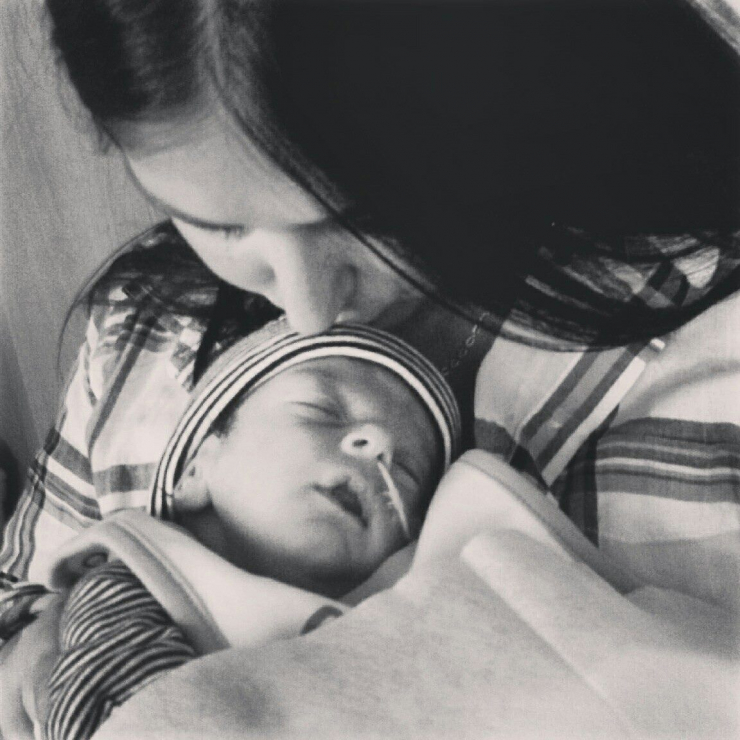 At two years old, Giuseppe underwent his second eight-hour grueling open heart repair. What was supposed to be a two-day PICU stay turned into 11 agonizing days. He was extubated too soon and his lung collapsed, which required reintubation. It was the scariest sight for a parent to see.

May 2018, at three years old, Giuseppe again needed another eight-hour catheterization. These were not the only hospital stays, but at this point there are too many to count. We remained hopeful that this would be the last intervention for a very long time. 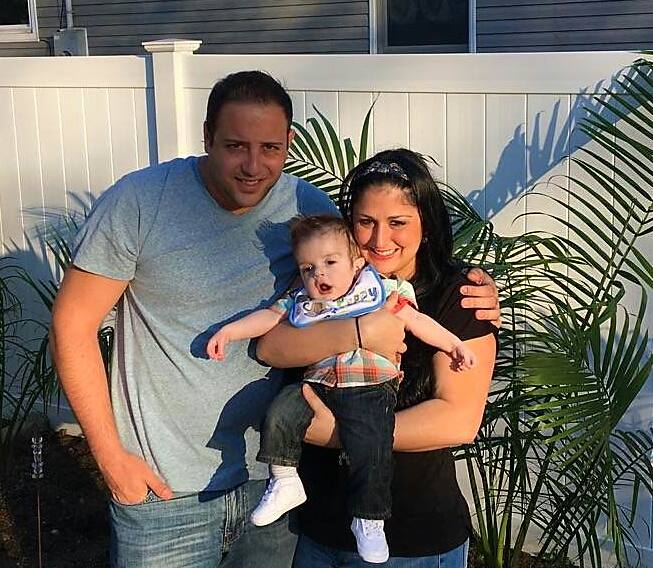 Little did we know, almost four months later on Sept 10, 2019, our lives would be ripped from underneath us. My husband - Giuseppe’s daddy - tragically and unexpectedly passed away.

If you’re reading this finding it hard to imagine, believe me so am I. 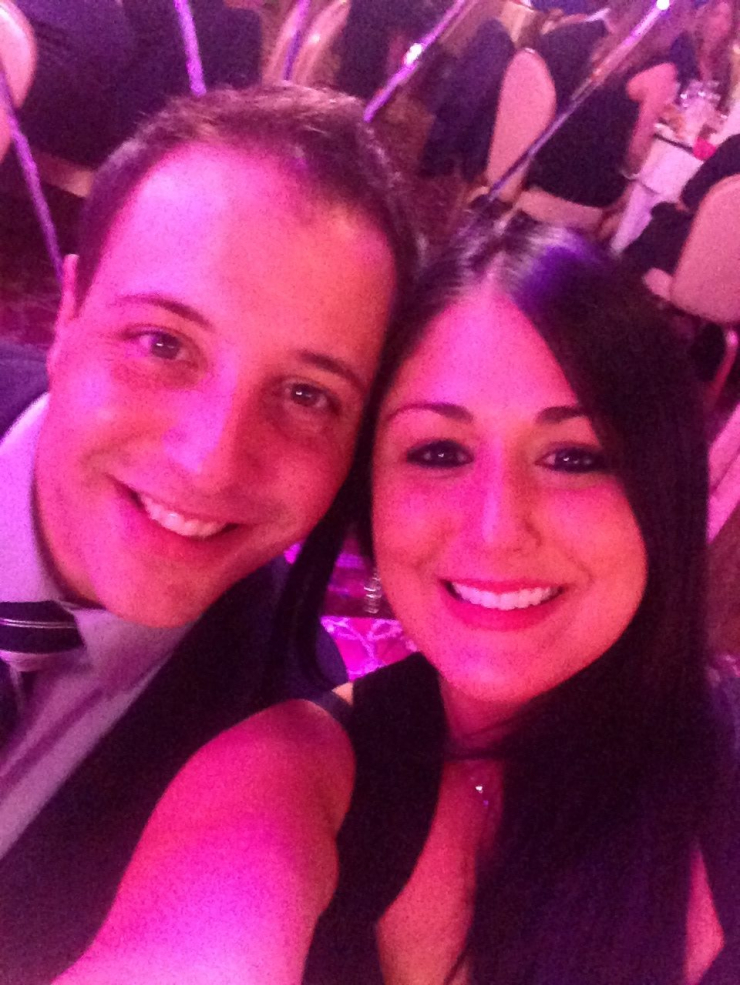 I cannot even put into words how this tragedy has affected us. I am now a widow raising my  son to be the best version of himself, all while navigating through the process of grief on many levels. And just when we thought we had more than we can handle, Giuseppe also has recently been diagnosed with epilepsy.

Thank God for my family who never leaves our side. 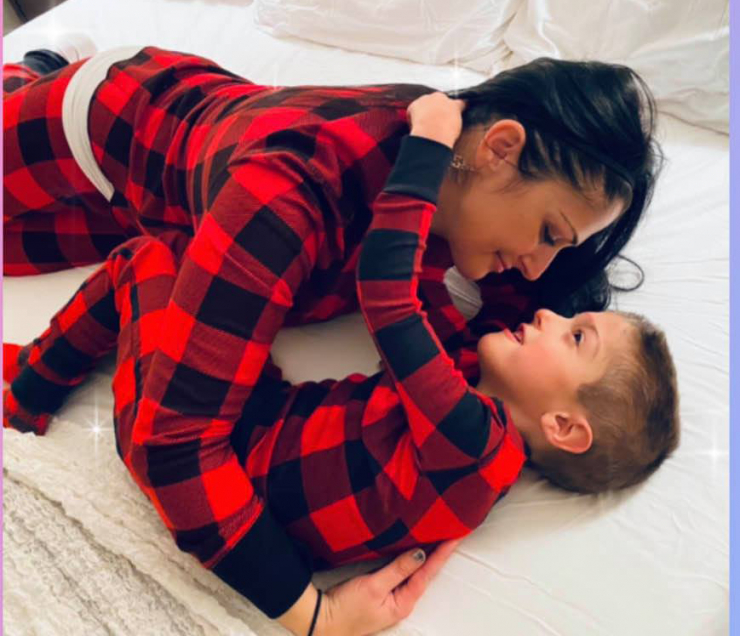 After his daddy passed away, Giuseppe had severe separation anxiety. This year when he started kindergarden, I was getting multiple calls a day saying he was having mini seizures through the day. My heart was constantly in my throat.

After two weeks of that, we got admitted and went through a whole bunch of testing. He was having non-epileptic seizures, or dissociative seizures, as they call them. This occurs when a child has experienced trauma and when they’re in an environment where they’re triggered.

For Giuseppe, being away from me for the first time triggered the fear of him never seeing his

dad again. My heart was broken, and I felt completely helpless. I followed my mommy gut and I am happy to say, he’s doing so much better now. 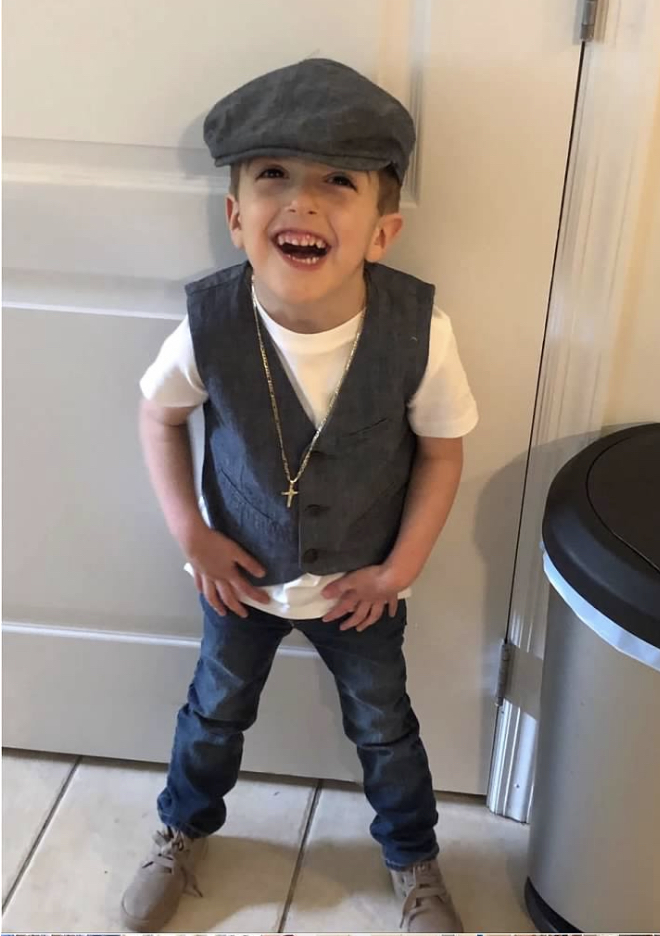 I have spent the last six years applying for grants to be able to help with the cost of his therapies that are very expensive and not covered under insurance. Being a single mom and with his medical history has required me to not be able to work the hours I once was able to.

I needed to be there for my son and I wouldn’t ever change a thing. I also have a responsibility - a promise I made my son - to be the best mom and give him the most resources that would help him achieve the best life I possibly could. 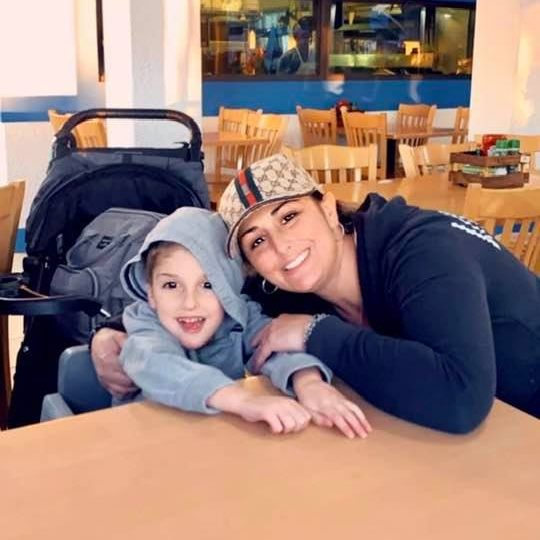 He is such a fearless, determined, free-spirited little human who has had to endure more in his life than most people do in a lifetime. Through it all, his smile can light up any room and melt the hearts of everyone he meets. I know he was placed in the world for a reason. 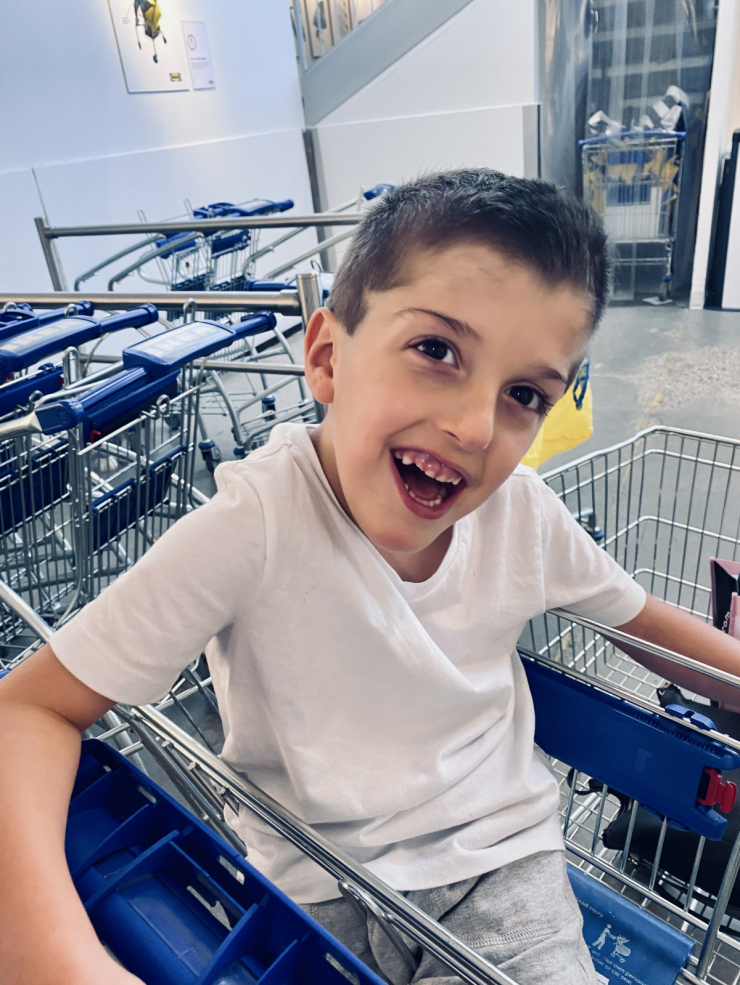 I don’t know where we would be if it were not for the help of people like you and Chive Charities.

When faced with all of these life challenges, worrying about how you can afford to pay for these treatments should not be something a parent has to fight for with insurance, but that is the world we live in. We are so gratefully humbled by the amount of support and love from all of you.

Without your support, many families would be in a much different place. Thank you for taking the time to listen to our story.

How could you not be in awe of this incredible family? Apparently, strength and resiliency can be passed down - Giuseppe must get a lot of that from Karissa. And his beloved dad. 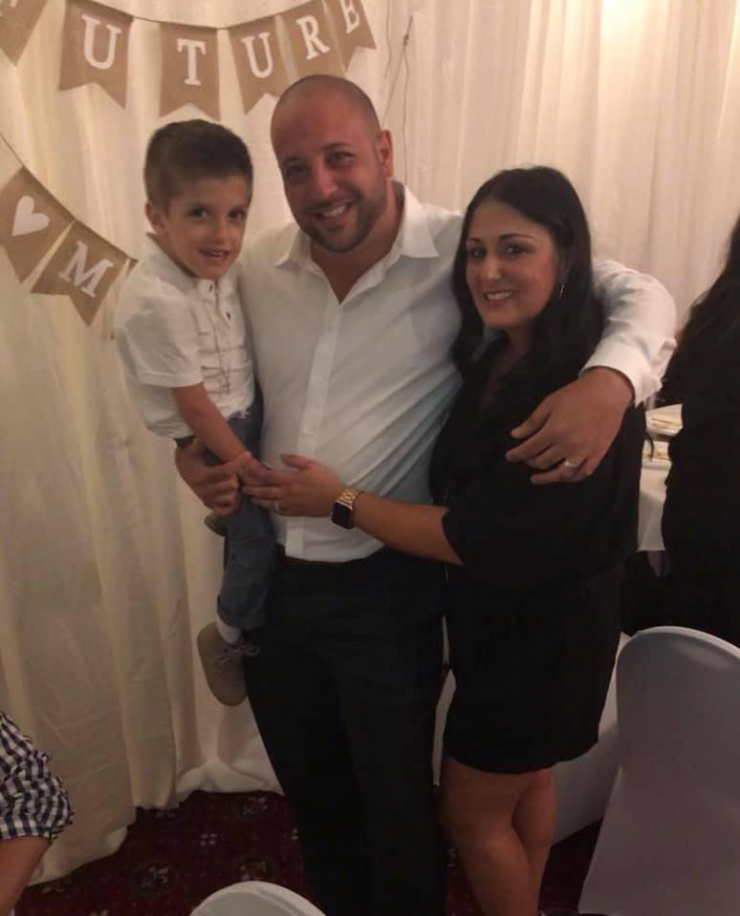 With the help of our incredible Chive Charities donor family, we were able to get them to a much different (and better) place, funding critical therapy for Giuseppe for a total impact of $9,405. For once, Karissa didn’t have to shoulder everything herself. For once, the six years she spent applying for grants and support for her son paid off in a big way.

When we asked Karissa what was next, she mentioned starting her own non-profit organization to help families just like theirs as they navigate through life-threatening heart conditions. The name? “And the beat goes on.” You better believe it does. And will. DONATE HERE.