When you have a child born prematurely, you think, “This is it. This has to be as hard as it gets.” You just don’t think of the reality that not every family goes into the hospital to have a baby and leaves with that baby. 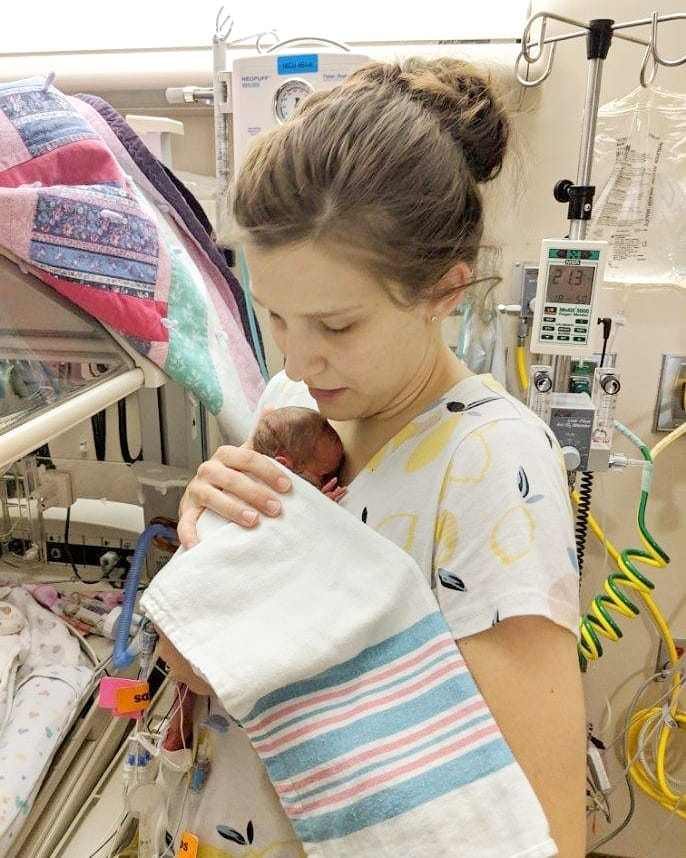 If it happens to you, those initial few days are surreal. The first day you’re released, when you drive home with the empty car seat still strapped in the back, you think, “How can this be happening?” When you sit in your quiet home, obsessively calling the NICU nurses to check in on your newborn lying in an isolette miles away, you wonder how it could get any harder.

For some families, that bumpy start doesn’t get any smoother. For the Carnahan family, it was the start of a difficult journey they never saw coming. 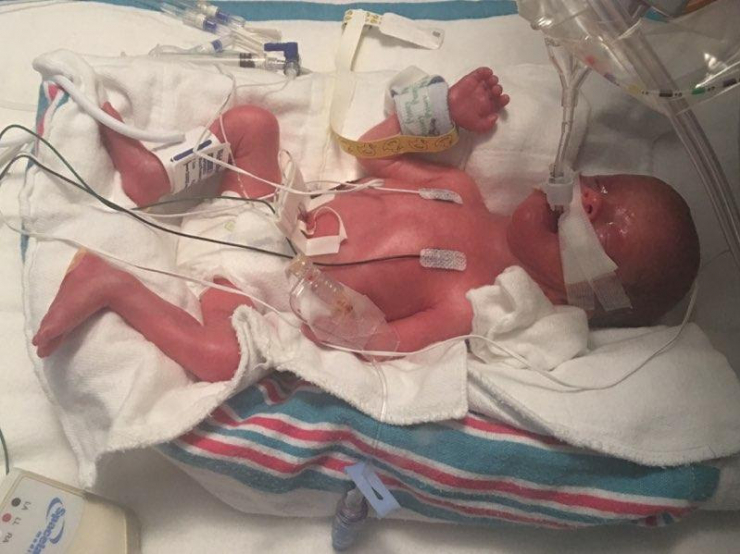 Kinley was born prematurely at just 28 weeks gestation, nearly 12 weeks ahead of what’s considered normal. She was born so small, she would spend 3+ months in the hospital and leave weighing an unbelievably tiny 6 lbs. 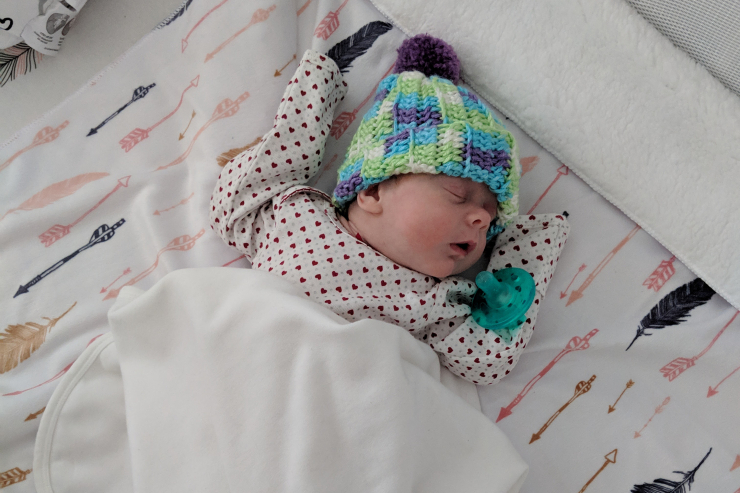 Her first few months of life were hard, and Kinley was nearly diagnosed with failure to thrive - a term that describes children who do not gain weight at the expected rate. In 2019, she had pneumonia, RSV and another undetermined infection that led to her being life-flighted to another hospital and resulted in a 5-day hospital visit. 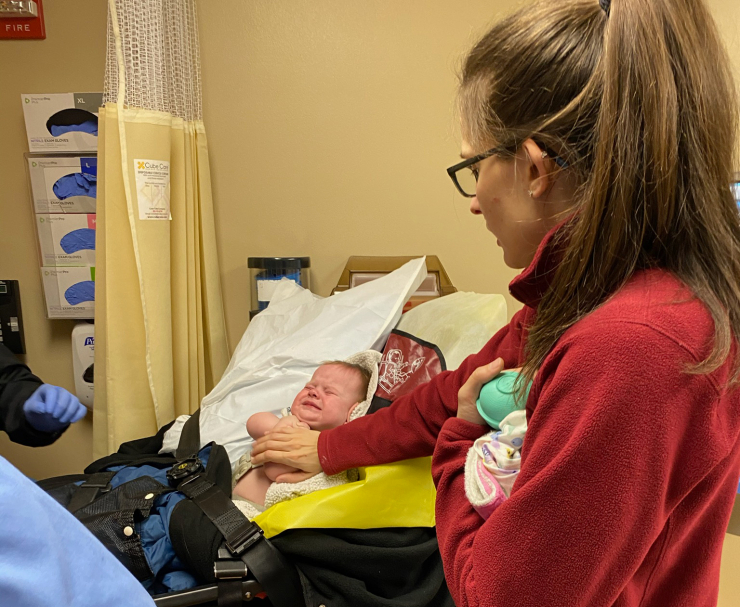 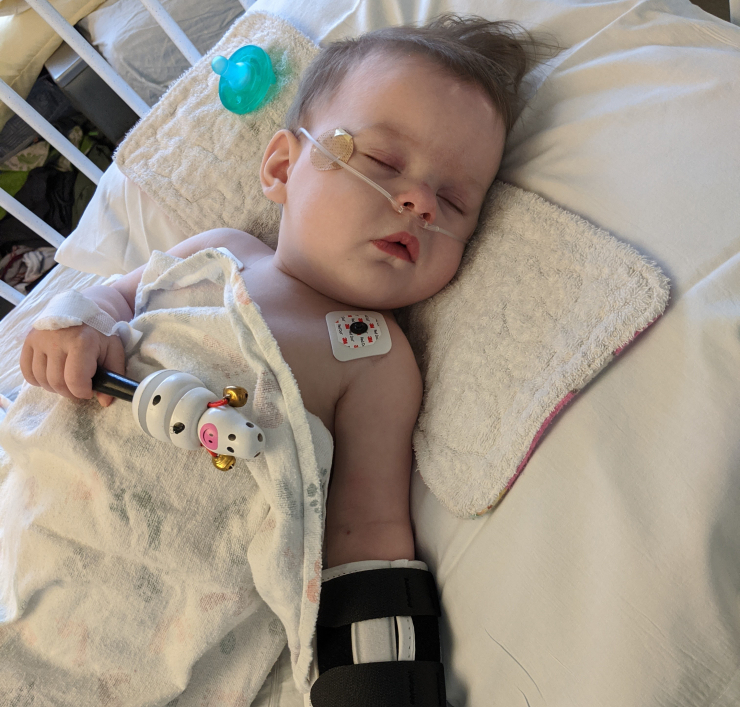 However, thanks to a pretty talented therapy team, her parents were able to get her the help she needed for her struggles and Kinley seemed to be fully recovered and doing well.

She was already good at defying expectations and proving people wrong. 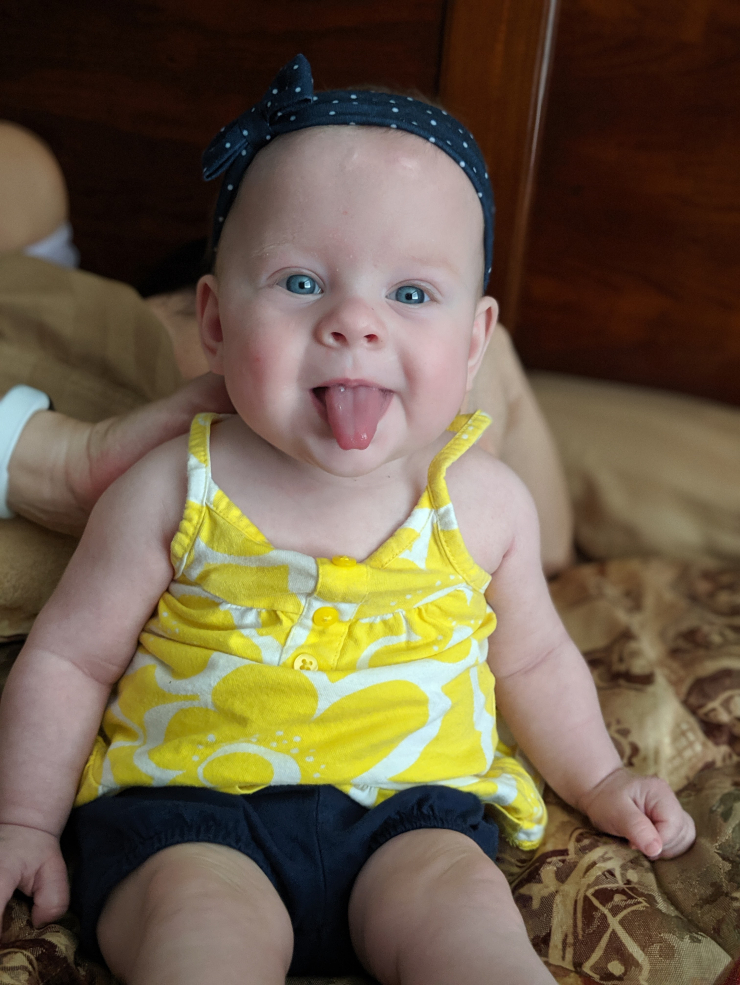 “Over time, though, we began noticing that she had some developmental delays,” Kinley’s mom, Kelsey, told us. “And then over even more time, we began to realize the severity of her delays and began looking for causes outside of her prematurity.”

It would take more than two years to get an answer. And once they had it, part of them wanted to go back to not knowing.

Just before her third birthday last fall, Kinley was officially diagnosed with Pontocerebellar Hypoplasias (PCH), a devastating rare disease with a terminal prognosis. 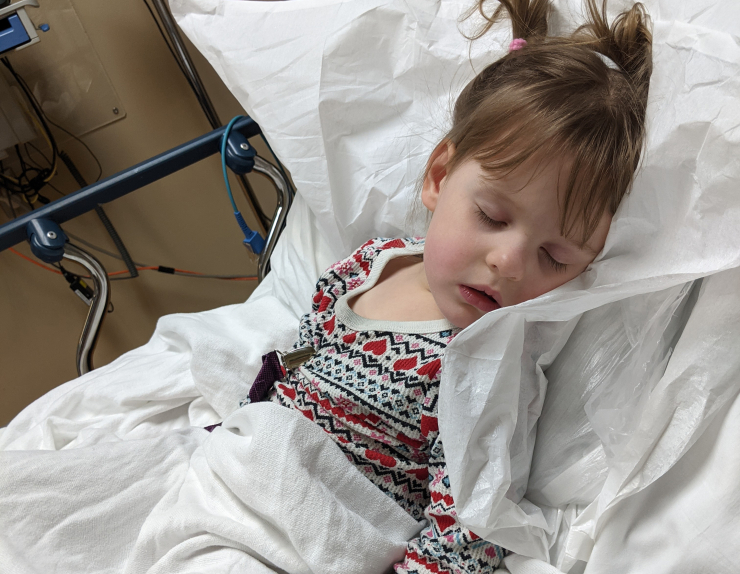 “We had never even heard of PCH, and suddenly, it was our whole lives,” Kelsey shared. “We immediately started googling and doing everything we could to learn more about it, but everything we read was so horrible. We couldn’t find a single uplifting or positive story. Everything is scary.”

The Carnahans were told that experts have identified at least 6 types of PCH. The most severe form - type 1 - causes death before the first year of life. Only a few individuals, ever, have survived into their 20s or early 30s. None have survived past that. Yet.

Kinley’s parents now face the daunting task of genetic testing to determine which type she has. The results will determine their future, painting a picture of what’s in store for their daughter. 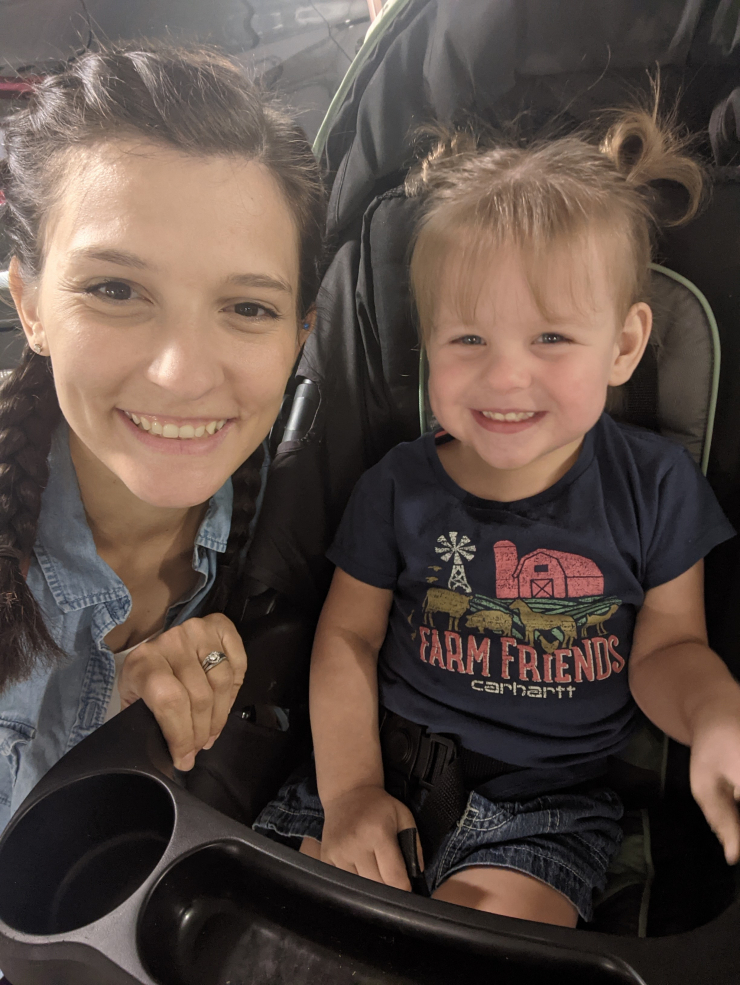 In typical Kinley fashion, though, she continues to defy the odds and set her own path. No one has told her what she can’t do, so she hasn’t stopped doing.

Most recently, the family was told that this could very likely be Kinley’s last year of life. For all intents and purposes, these “experts” don’t expect her to live past the age of 4.

“We just keep thinking, ‘Do we only have a year?’” 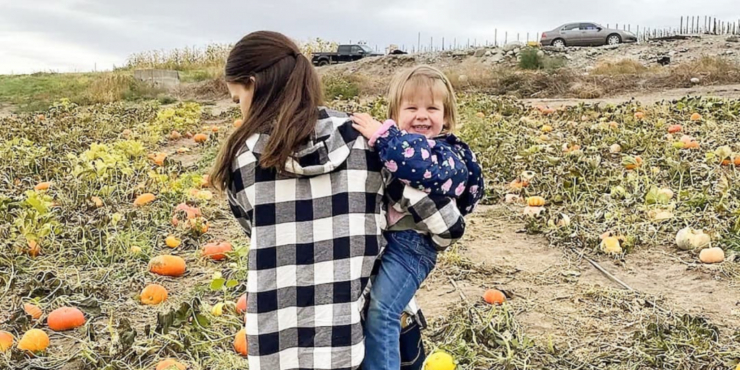 How can you even wrap your head around something like that? It’s unfathomable. It’s unfair.

But this girl with the big smile and loving personality continually surprises them. She’s so different than other kids with her diagnosis. Everything says this disease is degenerative over time, but Kinley is actually progressing.

Where medical journals and doctors say that she shouldn’t be crawling, learning sign language, eating by mouth, or able to drink from a bottle, Kinley is proving them wrong. In the last year, thanks to countless hours of therapy, Kinley has learned to adapt to the world in a way that you don’t typically see in children with this disease. 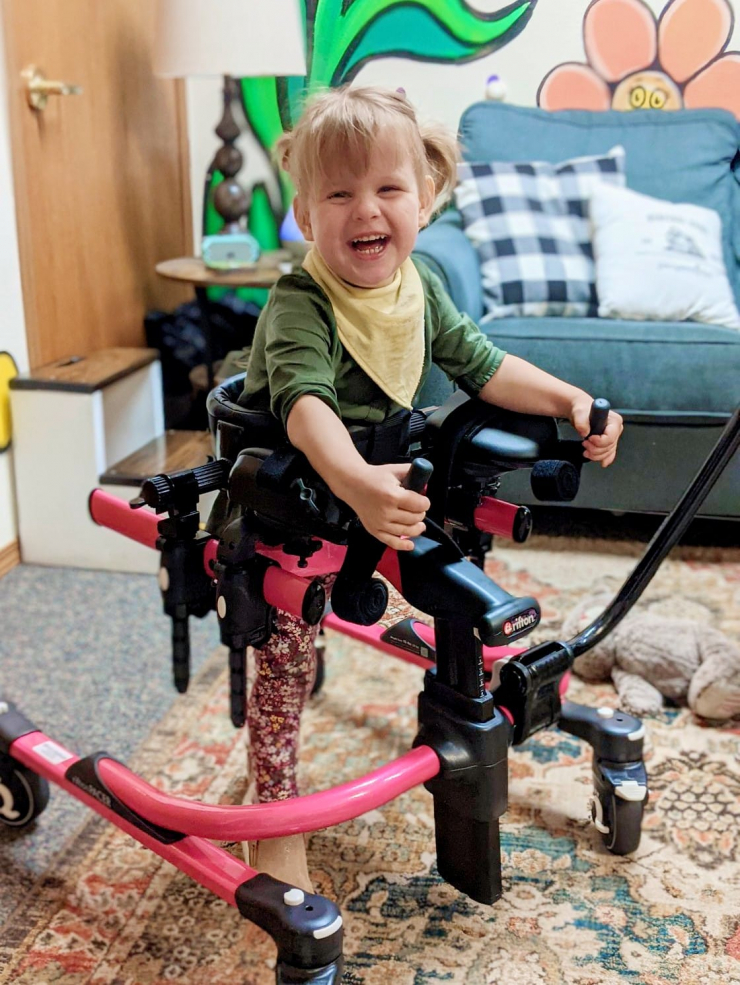 She’s sitting, crawling, walking short distances with her gait trainer, learning to communicate through sign language, eating and drinking by mouth with almost no issues, and genuinely being an incredible little girl.

It’s true that there are no current treatments or cures for PCH. It’s a disease that you just live with until the complications from it are fatal, usually at a relatively young age. That’s the part of the disease that’s full of unknowns and that’s what the Carnahan family wants to prepare for.

“Should treatments become available or new therapies are identified that might improve her outlook, we don’t want to forego them because we can’t afford it,” Kelsey explained. “We want to set our daughter up for success no matter what may come, and we need help to do it.” 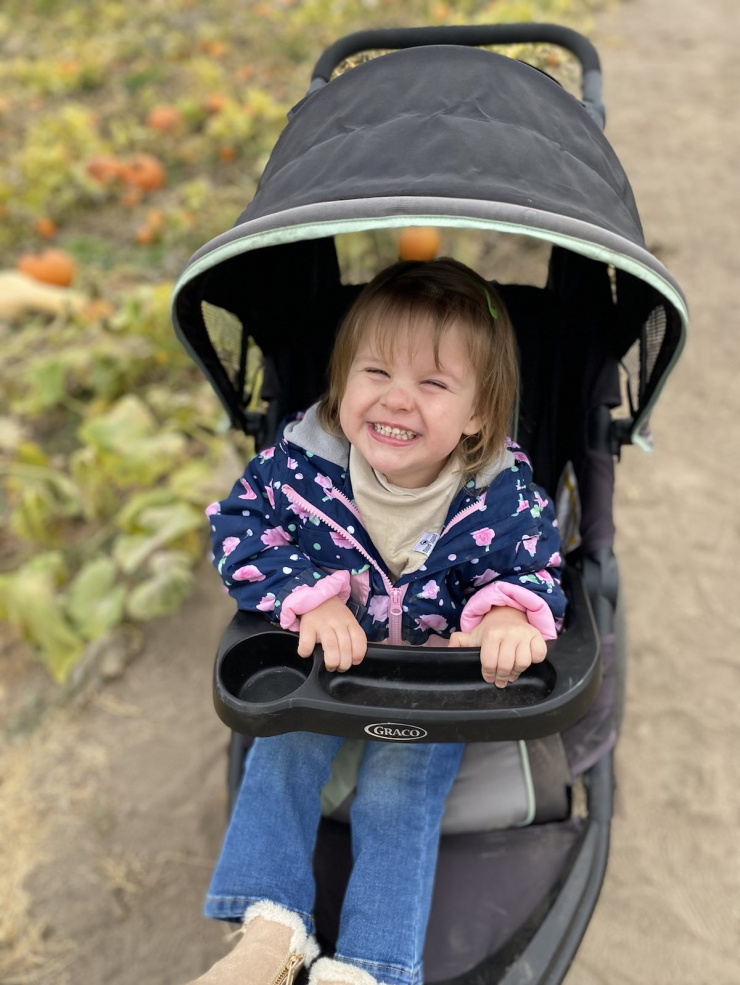 The most pressing issue? Transportation.

“During the pandemic, my husband was without work and we blew through our savings, and our housing fell through,” Kelsey told us. “If it weren’t for our church family, we would be living out of our cars because we cannot afford rent.”

“Both of our vehicles are in need of repairs that exceed their value. Because we have to drive to our daughter’s critical medical appointments - 10 hours round trip through mountain passes - we’re in desperate need of a reliable vehicle with enough cargo space to accommodate her medical equipment…and good enough gas mileage so that the 10-hour trip doesn’t blow our budget.” 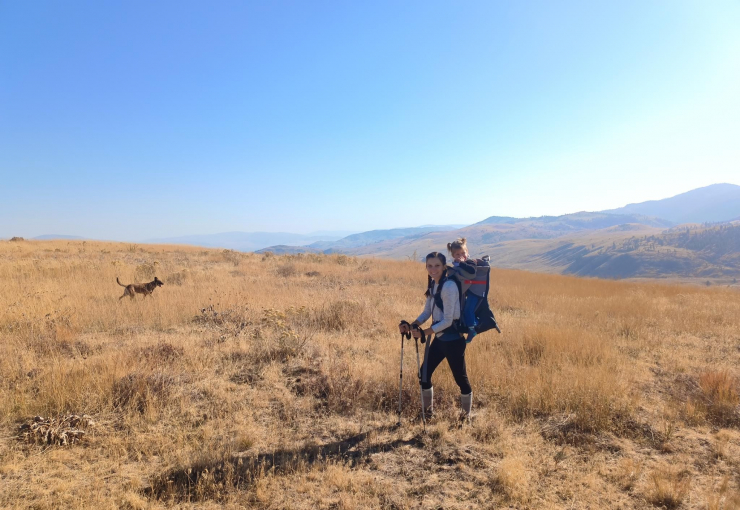 The Carnahans are just trying to provide for Kinley’s needs (and their four-year-old son, Jack) while they get back on their feet. Kinley’s dad just started a new job as a police officer in their city and they’re hoping it’s a turning point for the family. In the meantime, filling the gap is what Chive Charities and our donors are best at. 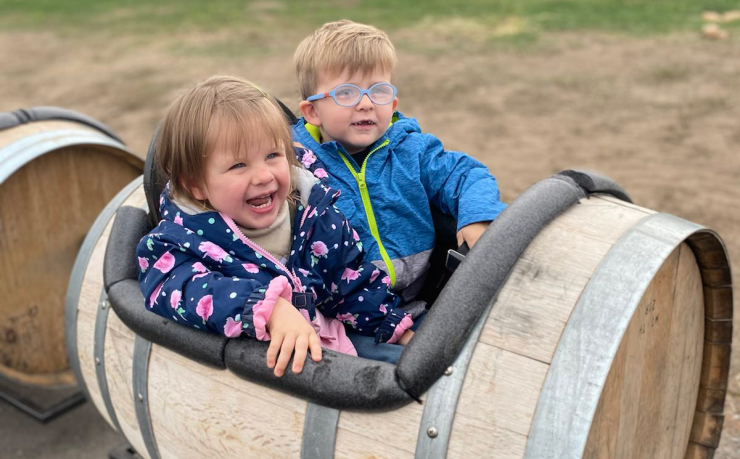 Kelsey’s brother, Hunter, is an avid Chiver and long-time Chive Charities supporter. It was through his recommendation that the Carnahans reached out and applied. Hunter has seen the nearly 500 recipient lives that have been changed for the better every year since 2012. Why should his niece be any different? If not Kinley, who?

We see a need and we’re here to meet it. If not Chive Charities, who? So with the support of donors like you, we answered Kelsey’s call for a reliable vehicle with enough cargo space to hold all of Kinley’s equipment. Say hello to their new 2022 Toyota Sienna - the total impact: $43,708. 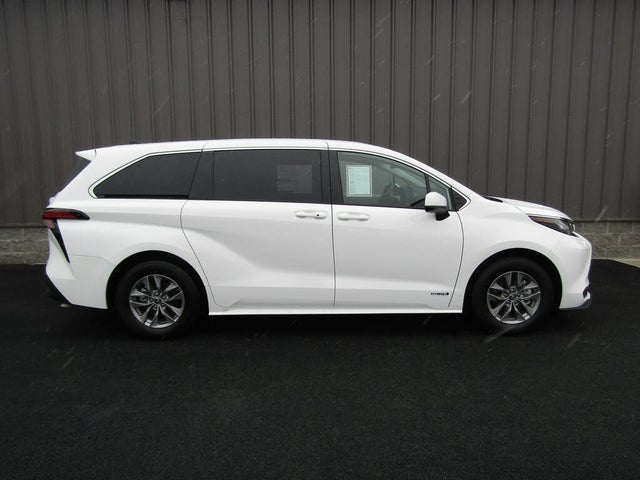 While it’s capable of being converted into a wheelchair-accessible van, the family is holding off for now. Kinley doesn’t require the use of a wheelchair today, and if she continues to defy the odds and blaze her own path, she might not ever need one. What she does need is a chance to continue proving them all wrong. 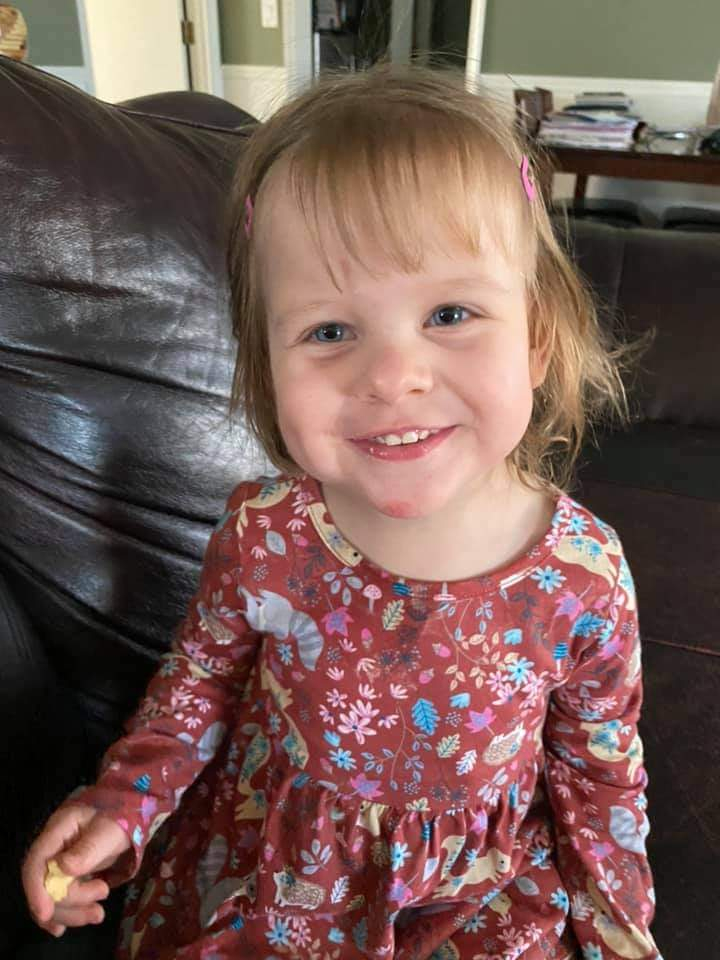 Thanks to the support of our incredible monthly subscribers - who have changed hundreds of lives with an average donation of $30/month - that’s more possible than ever. Making the world 10% happier isn’t just a catchy saying for us. It’s a tangible impact we witness for families just like the Carnahans each and every week.

It takes all of us, and we can’t do it alone. Join our movement today and help us change more lives. If not you, who? DONATE HERE.