Is it helping or hurting? 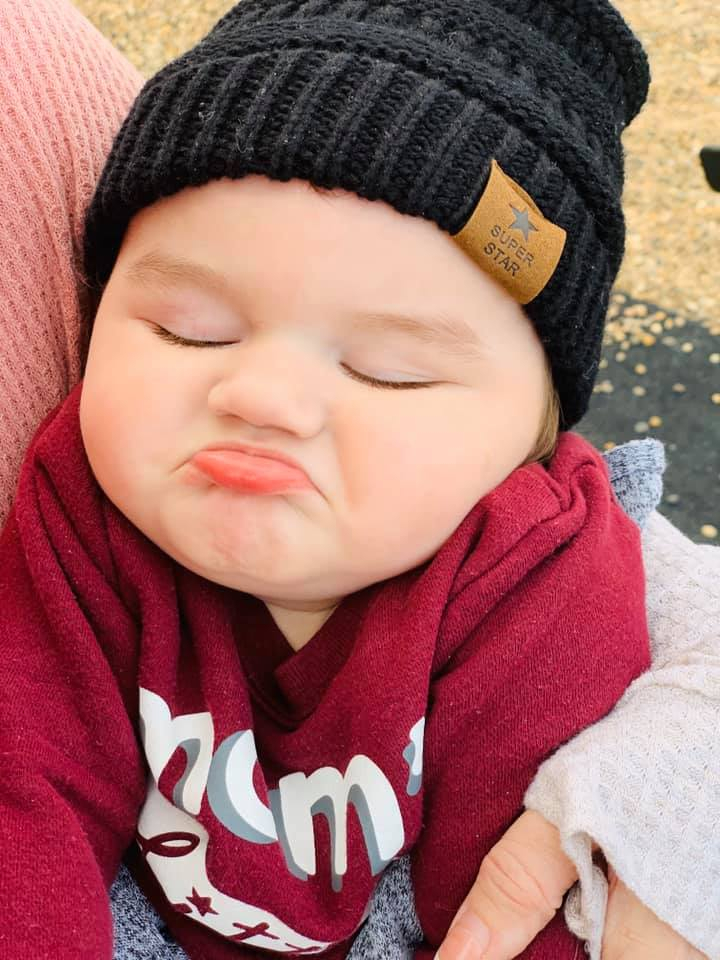 Harlin was just a month past his first birthday when his parents, Tarl and Amanda, got the news that their son had a rare genetic condition called KIF1A. 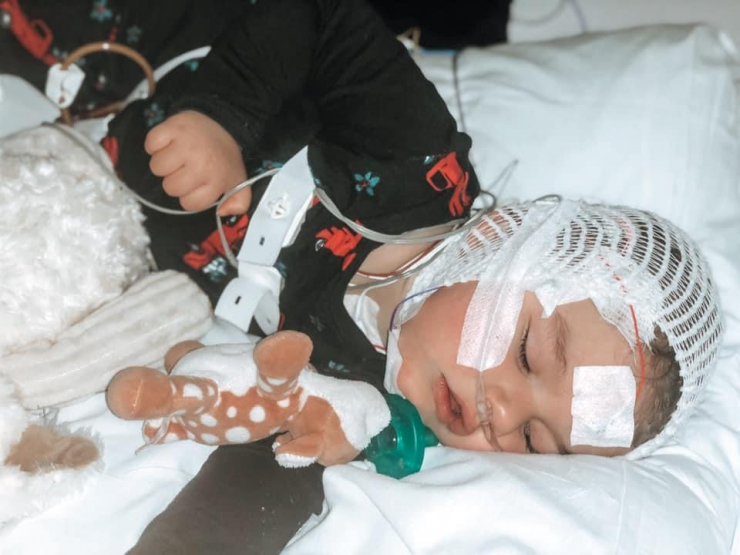 Before that fateful day, they had watched as Harlin struggled to do things that should have come naturally to him - things like trying to hold a toy, hold up his head, even trying to eat or see.

At around five months old, they were told that doctors thought Harlin could only see light. What they believed was a developmental delay or feeding difficulties led to genetic testing and the final pieces of the puzzle. 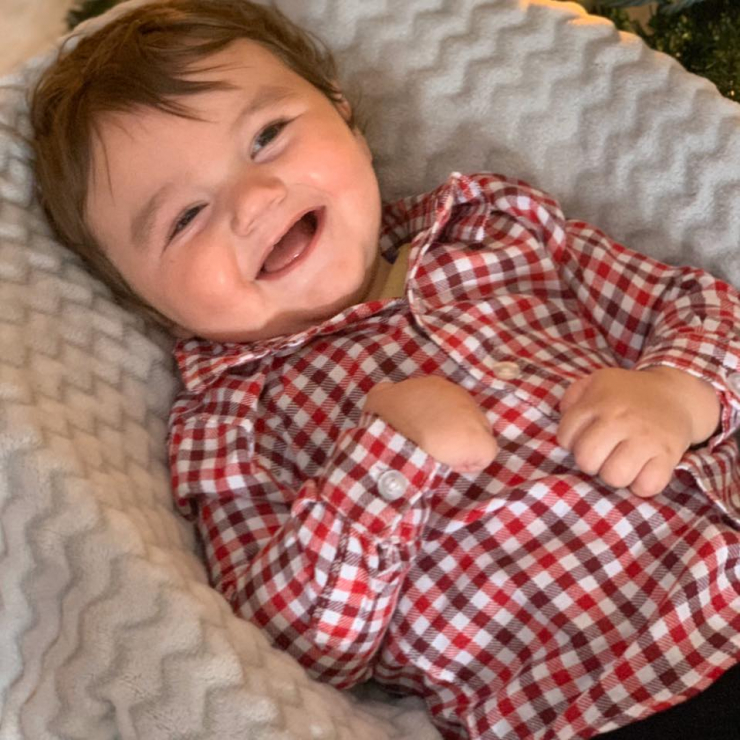 “We cried and wondered if Harlin could even see us,” said Amanda. “Can he see his mom and dad’s face smiling down at him? And if he can, how long do we have before he can’t anymore?”

It was enough to take their breath away. And a bigger blow was coming. 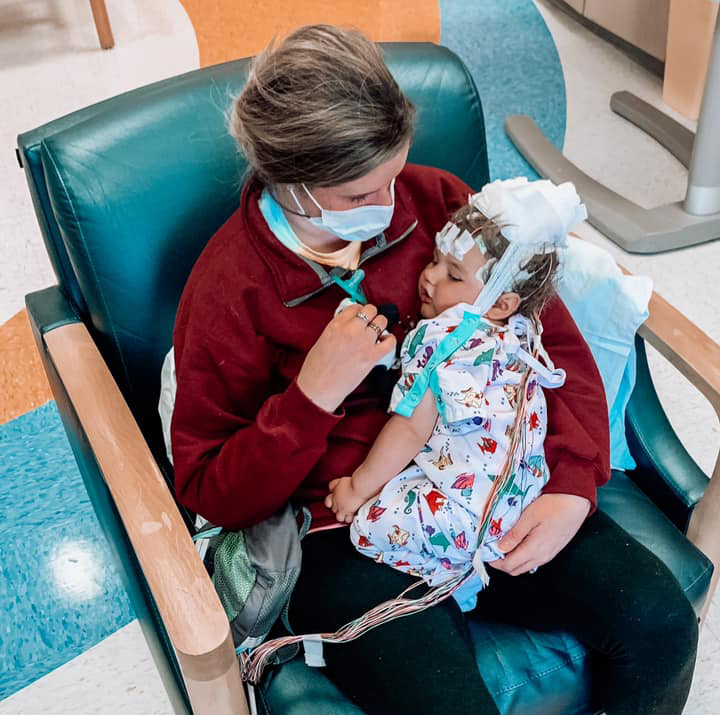 Harlin’s vision was a symptom of his rare genetic condition, a degenerative neurological disease that will worsen over time. His KIF1A case is so unique, they’ve only met one other family with his variant, and Harlin’s symptoms seem to be more severe. But yet, having another family who can empathize, who can try to understand, well - that’s meant everything to Harlin’s family.

To read his challenges on paper, it seems impossible to imagine how difficult it must be for him. He’s legally blind with cerebral palsy, global developmental delays, seizure activity, sleep apnea, requires supplemental oxygen, and is 100% tube fed. 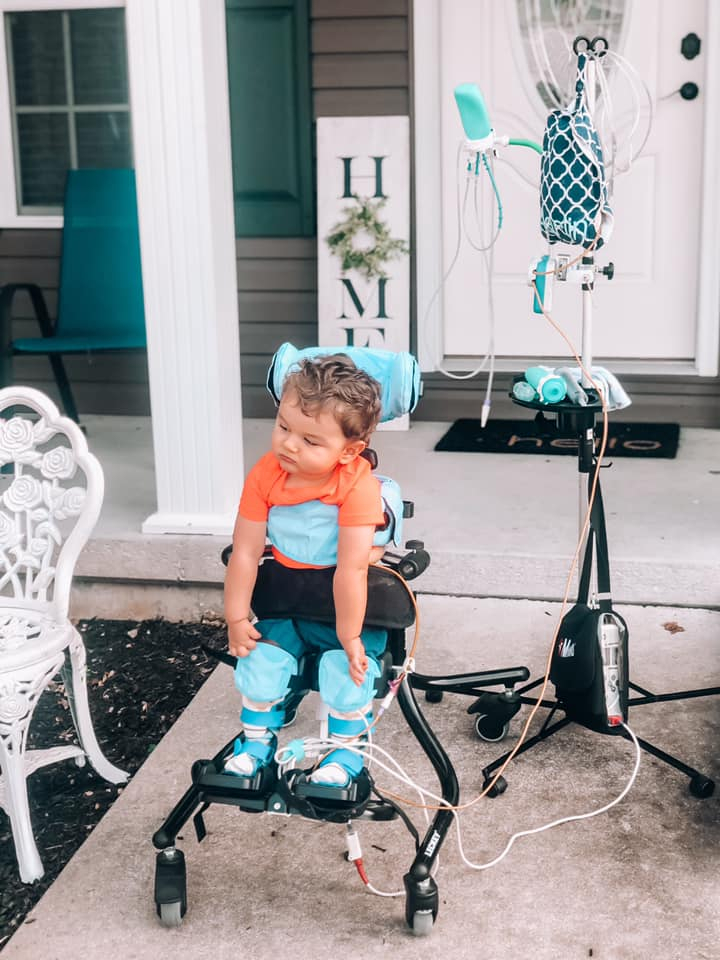 But that doesn’t define Harlin - that’s just part of who he is. And his strengths far outweigh his challenges.

For one thing, he has exceptional hearing. Harlin can recognize if someone new has entered the room just by listening. He loves to listen to music and unique sounds (he’ll crack up laughing if a chair scoots across the floor), and he is almost always smiling. 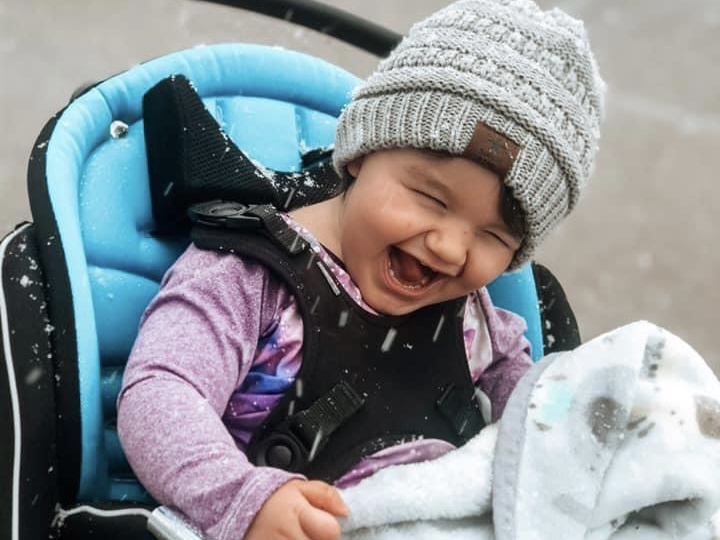 Most of the time, it’s his 11-year-old sister, Kylie, and his 5-year old brother, Hudson, who make him the happiest. 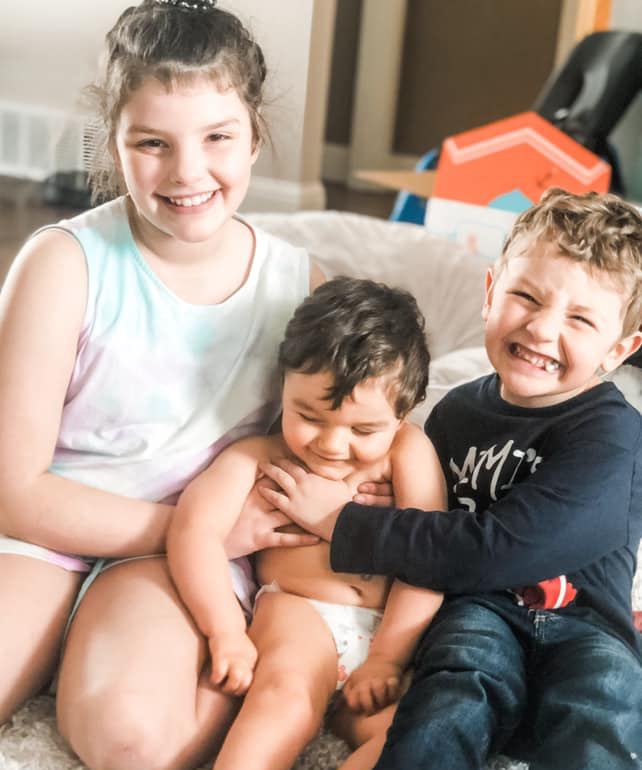 Amanda told us that last week, Harlin was sick and needed to spend some time in the hospital. Even though he was miserable and not feeling well at all, every time she looked at him in the rearview mirror of her car, for the nearly hour-long drive, he was smiling and laughing.

We asked her to try to explain what it’s like to care for a child with such a rare disease. And while she happily shared many stories of the joy he brings to those who know him, she got quiet and her voice broke when she said, “I’m just so tired of making decisions.” 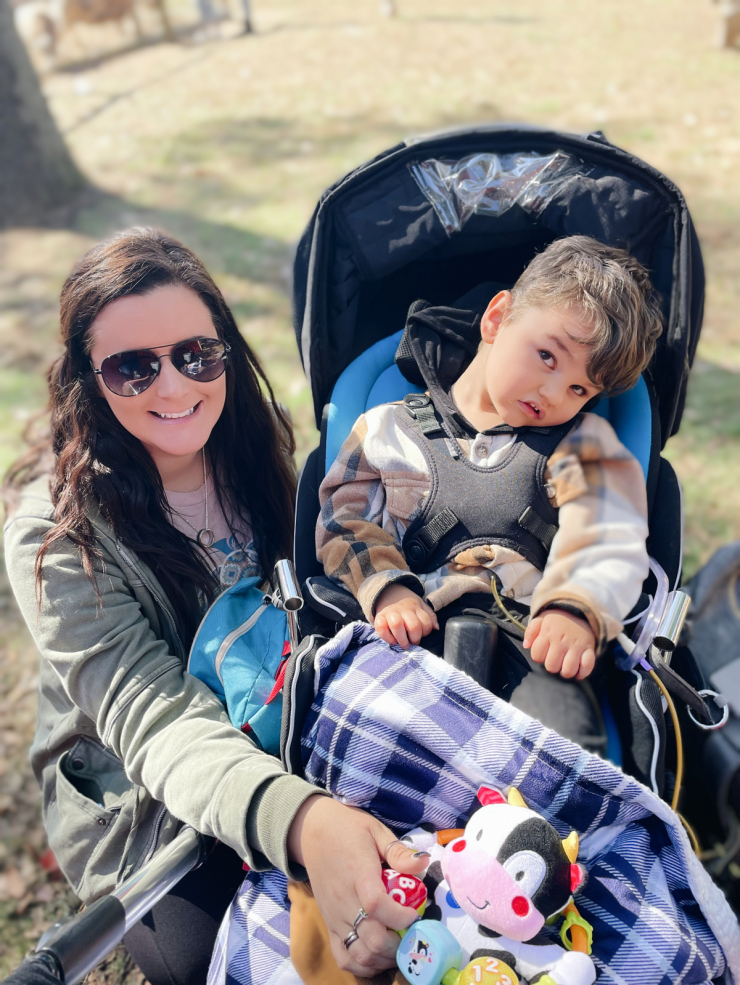 The fact of the matter is that Harlin is probably not going to get better. Today, right now, there’s no treatment or cure for KIF1A. So while he faces new and sometimes ongoing challenges, Amanda is forced to carefully weigh the pros and cons of each decision.

If his optic nerve keeps shrinking, is it necessary to put him through another eye surgery? If he uses a g-tube full time, should they keep scheduling feeding therapy?

As Amanda said, “I have to continually ask myself: Is this helping him or hurting him?” 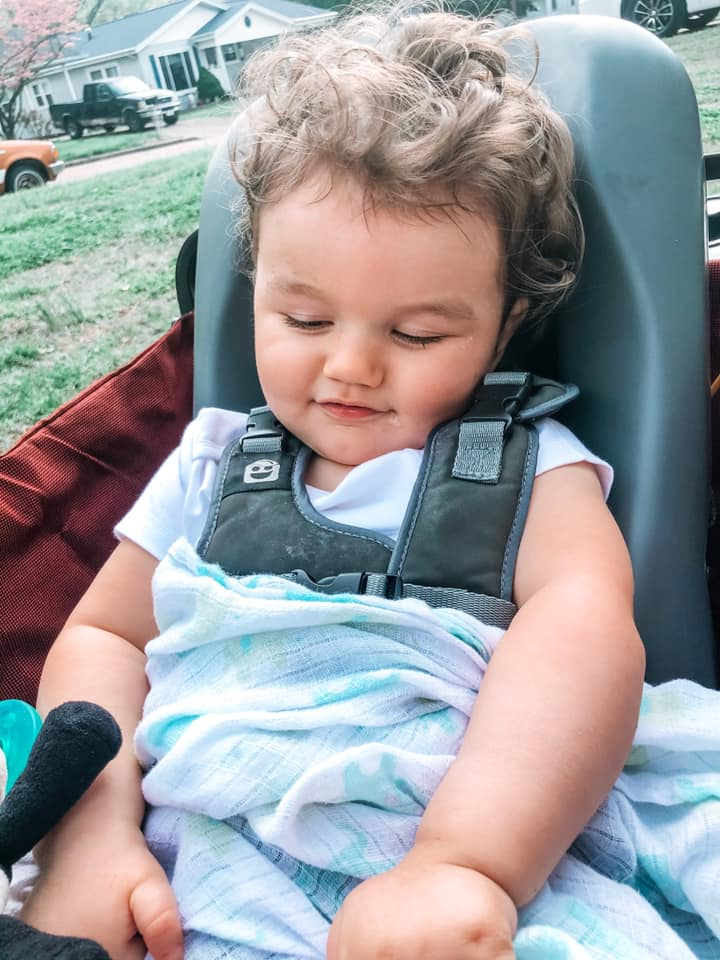 This past September, Amanda’s husband Tarl was driving home from a six-week work trip (he was a deckhand on a boat), and she and their daughter Kylie were talking to him through the car phone, telling him all about the dinner they had planned for him that night once he was home. 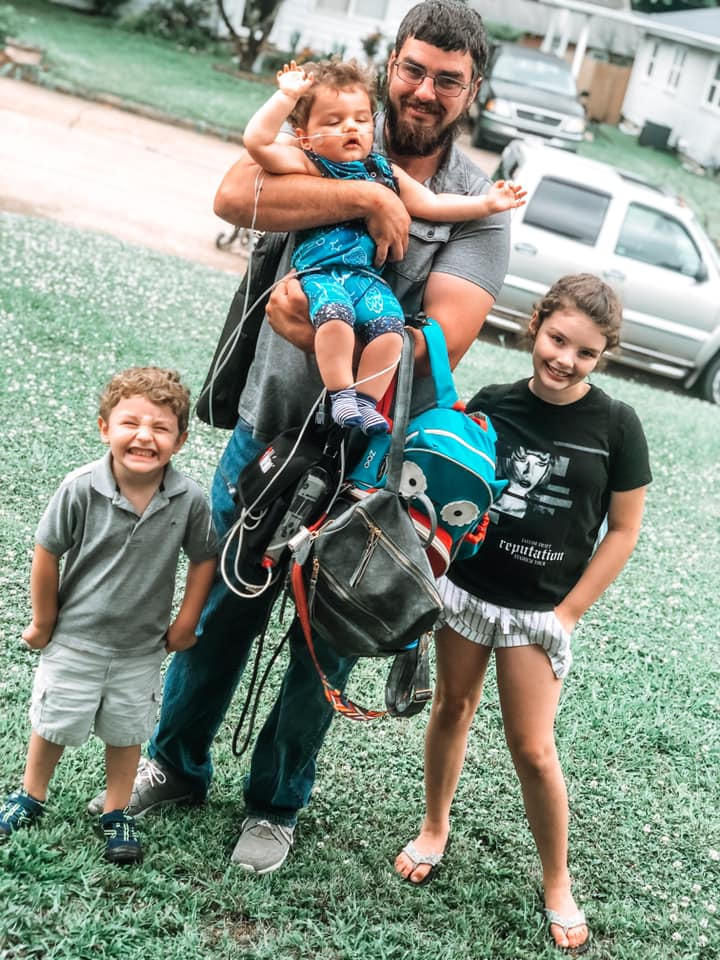 “While we were talking, the line went silent,” Amanda told us. “I just assumed he didn’t have service and would call us back or just show up at home not long after.”

As the minutes turned into hours, Amanda started to get a sick feeling in her stomach. She was cleaning up the house and helping the kids with dinner when a car pulled into the driveway.

Amanda’s mom slowly walked up to the house, took her daughter’s arm, and delivered the news that she never wanted to say. Tarl had been killed in a car accident. 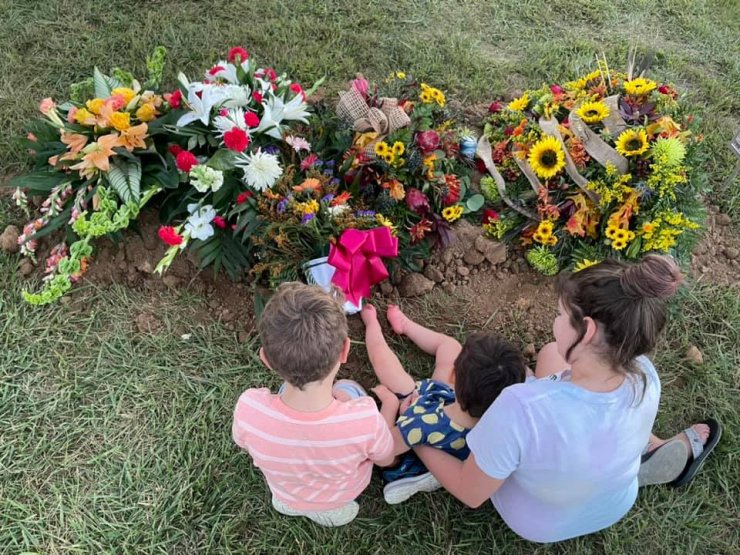 He would have turned 30 at the end of March.

Amanda immediately got the kids into counseling and has had incredible support from her family and community, all of whom know and love her children. And while Harlin’s too young to fully understand his dad’s death, he definitely feels his absence, and Amanda told us that she’s seen him listening for the sound of his dad entering the room. 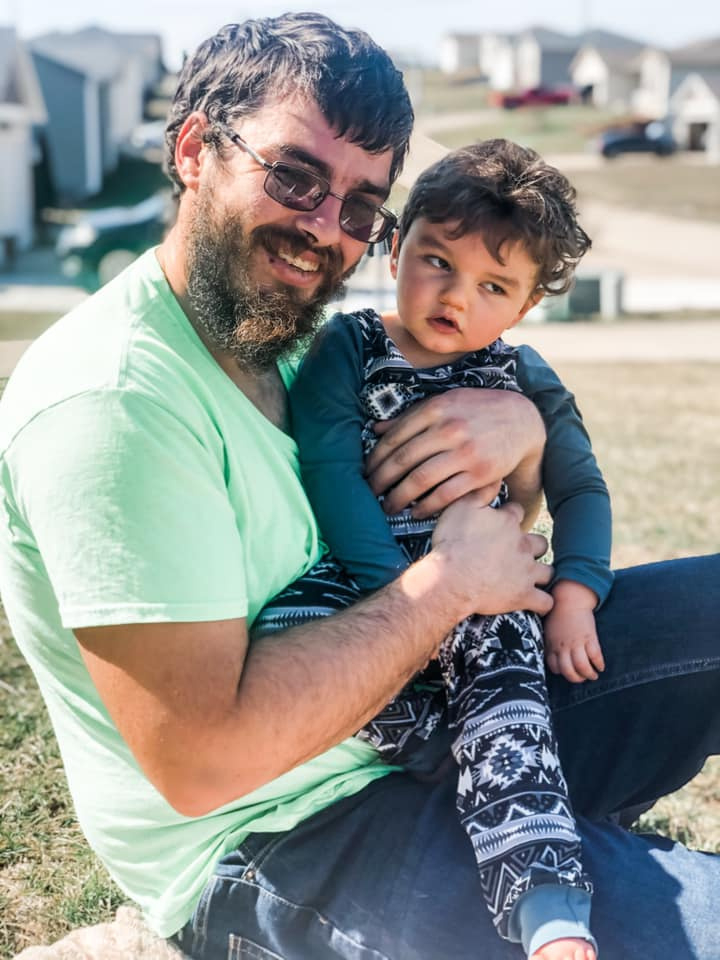 “I take comfort in knowing that Tarl will be there whenever it’s Harlin’s time,” she said. “His daddy will be there to get him.” Like all who know and love Harlin, we hope that time is decades down the road.

As Amanda mourns and grieves, she also continues her constant refrain - “Is this helping him or hurting him?” - and she knew they needed one critical item to help Harlin, especially now that she was doing this on her own. They needed a wheelchair-accessible van.

Being a single parent comes with enough challenges. Add in transporting three kids all over town, including one with a wheelchair and an excessive amount of medical equipment, and it’s too much to manage independently. 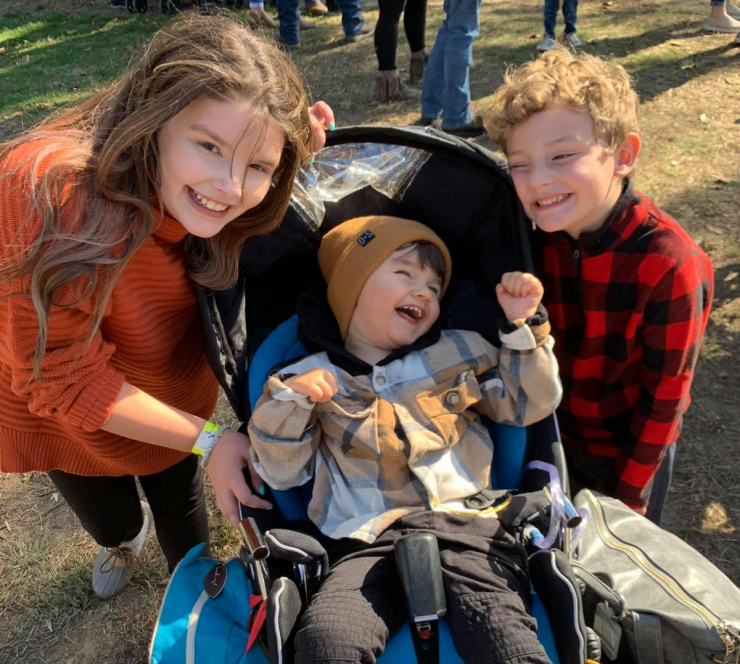 But Amanda was doing it. She was getting by. Until last week when the transmission on their current non-ADA van went out and they were left with no working vehicle at all.

Thankfully, Chive Charities had already met them, heard their heartwrenching story, and called on our community for support. Thanks to all of our incredible donors, we funded the full cost of a new wheelchair-accessible van from our partners at AMS Vans for a total impact of $49,938. Miraculously, it was delivered the same week that their old van broke down. 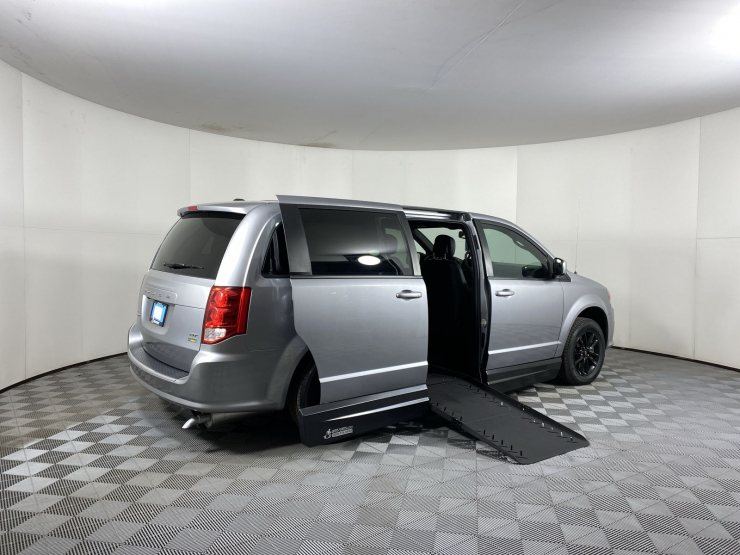 Now, as Amanda flashes that phrase in her mind - helping or hurting - she can rest easier knowing this one decision was made for her. Helping. 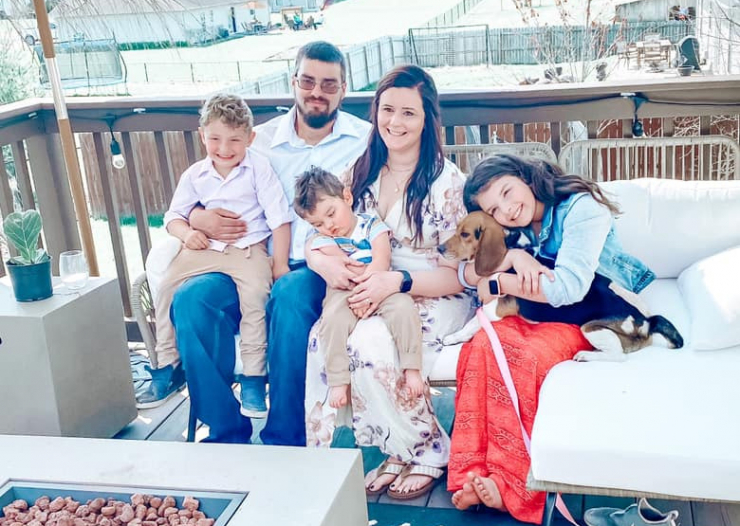 Be one of the helpers and DONATE HERE.