Making the most of a second chance at life

This is Andrea, a single mom and paramedic/dispatcher in Edmond, Oklahoma. Once you hear her story, you’ll look at life in a whole new light. 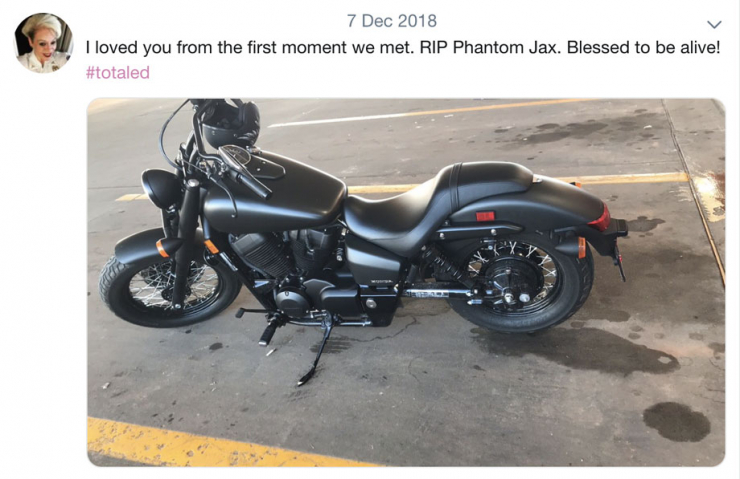 Blessed, lucky, whatever you call it, she’s right. Jax, on the other hand, not so much. 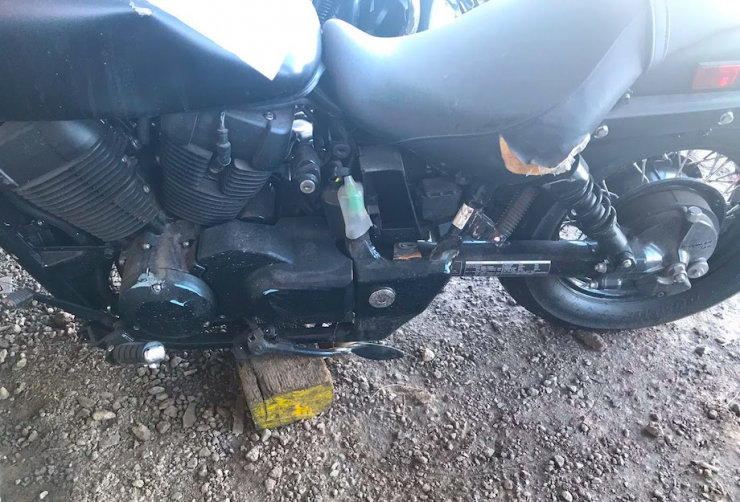 “On the morning of October 29th, 2018, I was riding home from work, and had a near-fatal motorcycle accident,” Andrea told us. It had only been six weeks since she first started riding – she took the rider safety course twice for good measure – and her bike had a grand total of 233 miles on it. One moment, she was enjoying an easy morning ride, and the next, she was in the ICU. 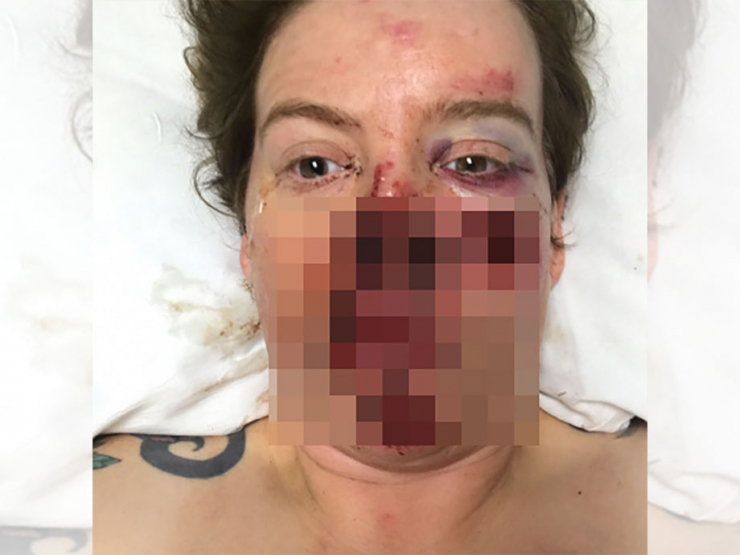 Her injuries were severe: broken jaw, knee, leg, elbow, ribs, teeth; bleeding and bruising in her lungs, abdomen, and pelvis; a lacerated spleen; a traumatic brain injury, and so much more. 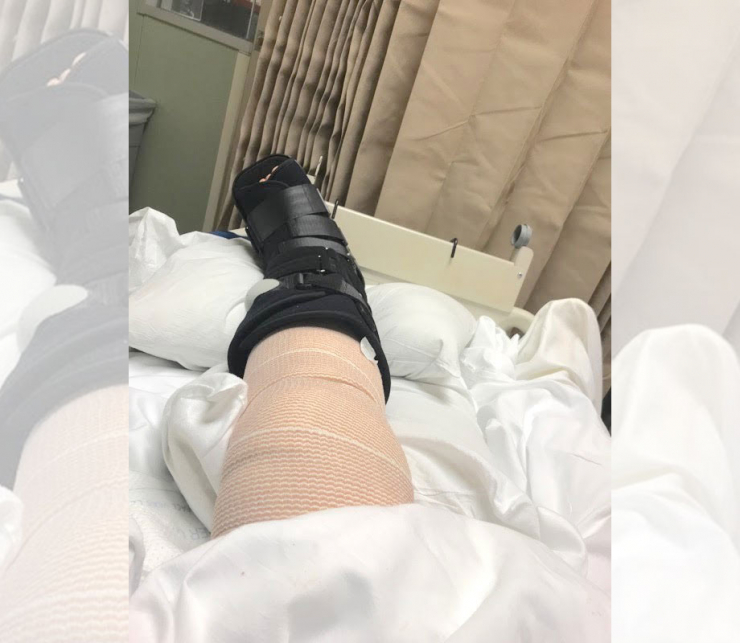 “When I realized I was in the hospital, I convinced the staff to give me my phone. I had missed more than 30 calls and 60 texts – no one knew where I was,” Andrea remembers. 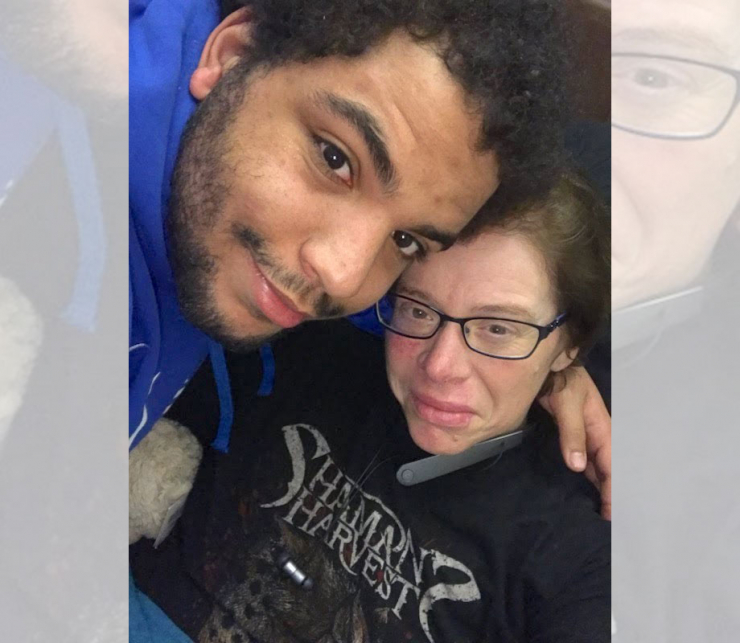 After eight days the ICU, Andrea was transferred to a rehab hospital in Oklahoma City, where she learned to walk again, care for her many injuries, and started physical therapy. Five surgeries and more than $400,000 in debt later, there’s still one injury she hasn’t overcome. 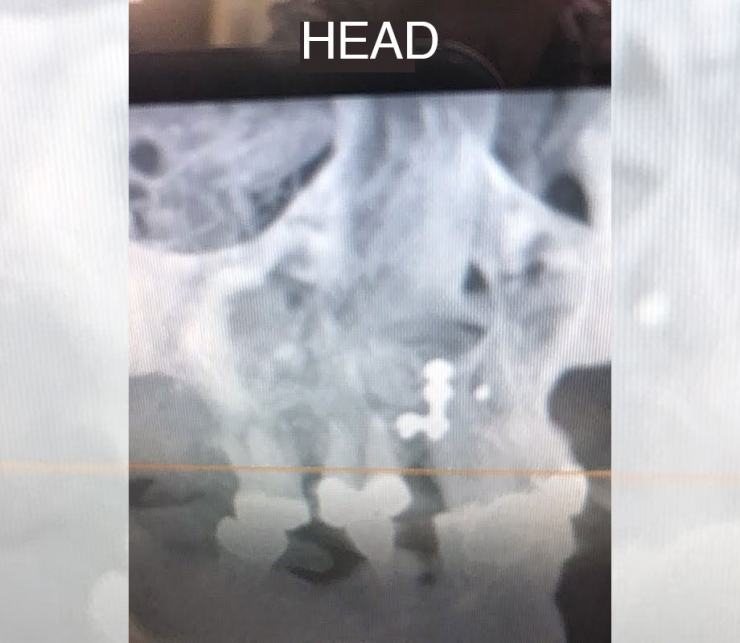 Andrea broke nine teeth in the crash, and her jaw was practically destroyed. Dentists first tried implants to repair the damage, but she didn’t have enough bone left to support them, and the implants failed. If she ever wanted to talk, eat, and feel normal again, her only option was reconstruction with upper and lower bridges. Which her insurance doesn’t cover.

That didn’t seem right to us. 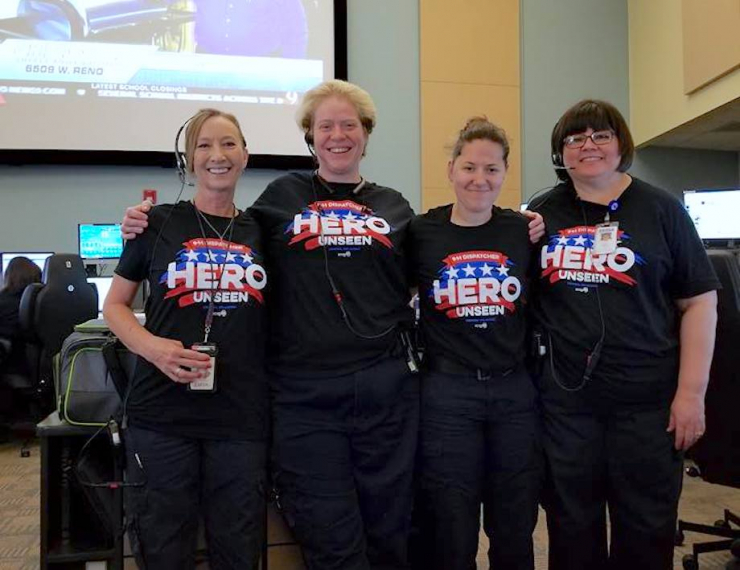 First responders tend to be caretakers, even when they’re off the clock. They do whatever they can to help, they put other people’s needs ahead of their own, and they ask nothing in return. Andrea is one of those people.

“For the past 14 years, it was my duty, my love, and my passion to help others in need. To have the tables turned, to be the one who needs assistance, is almost overwhelming,” she said. 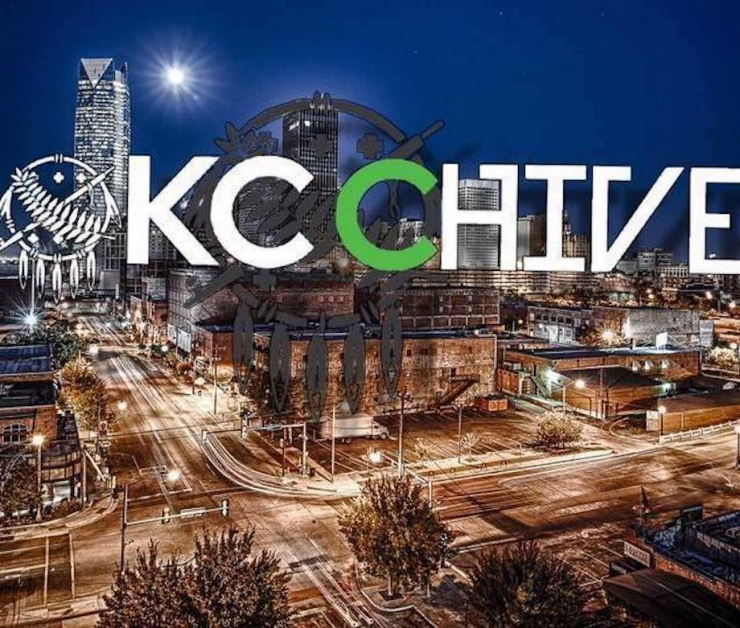 So many people stepped up to get her back on her feet, including Ryan Woodard, an Oklahoma City firefighter who also happens to be an admin for OKC Chive. He had just brought his recruit class to Andrea’s call center a few days before the accident, so when he heard the news, he called Andrea immediately and told her about Chive Charities.

“It was so early and he didn’t know how you could help me,” Andrea remembers, “but he just knew you could.” 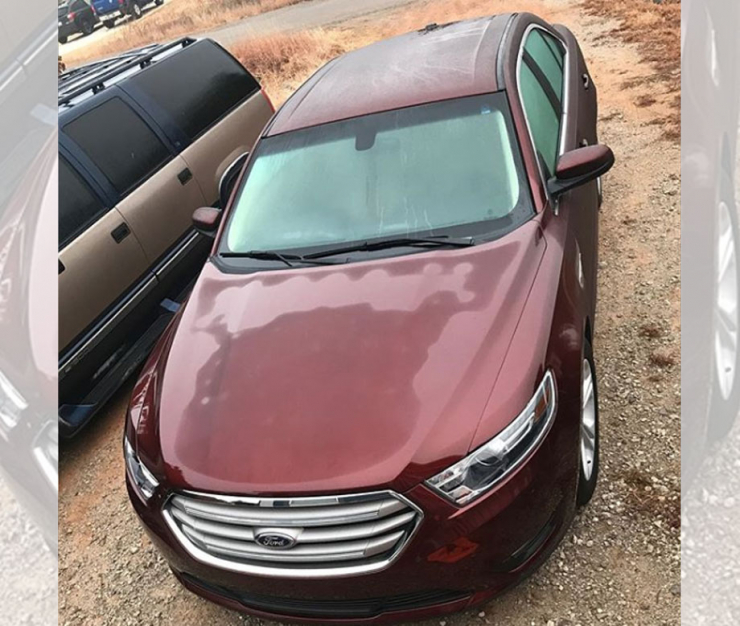 As her healing progressed and things settled down, Andrea started putting the pieces back together. She went back to work, celebrated her 40th birthday, and bought a new car, but with so many missing and broken teeth, she wasn’t comfortable in her own skin.

“People thought I was a meth head!” she laughed, though really, it bothered her very much. So much, in fact, she decided to go ahead with the treatment – she wasn’t sure how she would pay for it, but she just couldn’t wait any longer. Around the same time, her friend Ryan reached out to Chive Charities on her behalf, she applied for a grant, and we were able to cover her entire $21,000 dental bill. Andrea was so, SO grateful. 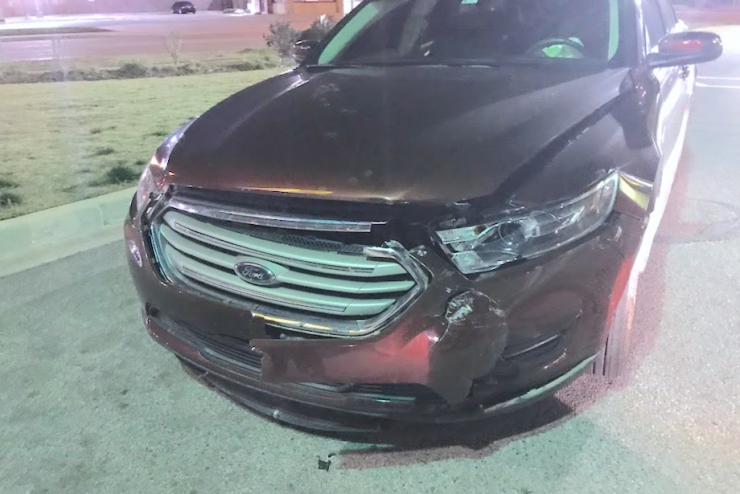 But then a few weeks later, she was driving through town with her brand new smile in her brand new car, when a driver without the right-of-way made a left turn right in front of her. The car was toast, but miraculously, Andrea and her new teeth were unharmed. We called that week to check in and see how she was doing, and before we hung up, I asked her the question I know you’re all wondering: “Will you ever ride again?” 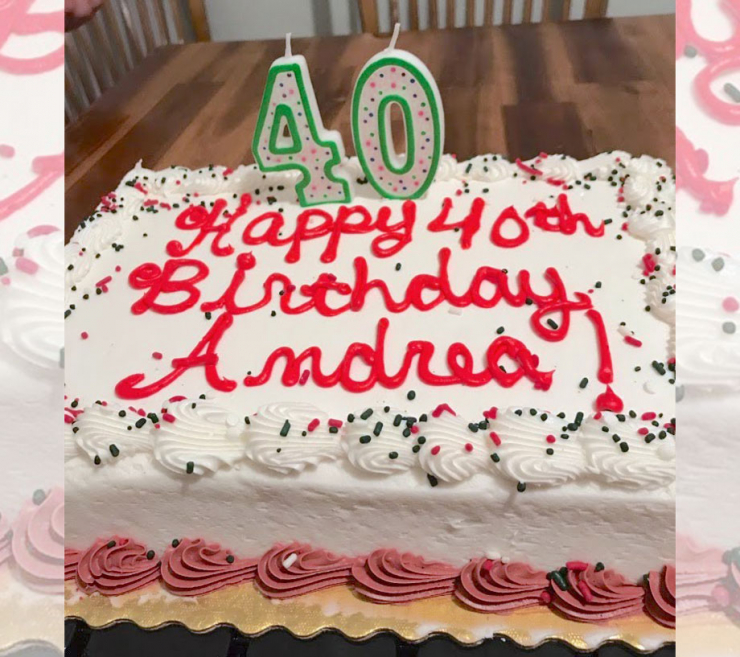 She paused, laughed a little, and said, “When you go through something like this, your life outlook changes. I bought the bike a few months before I turned 40, a kind-of midlife crisis/birthday gift…I never imagined I might not actually make it to my 40th birthday. It was God’s way of saying ‘four wheels, not two.’” Noted. 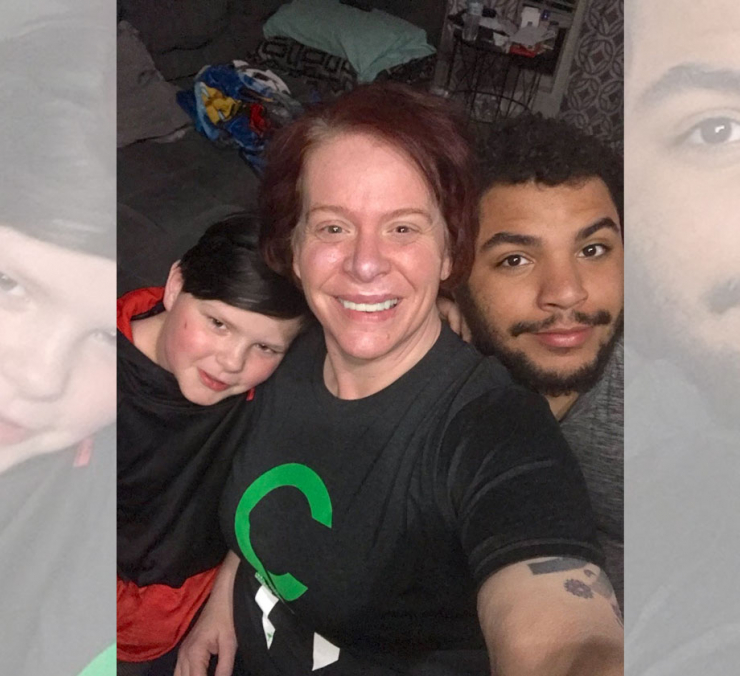 Thanks to Chive Charities’ generous monthly donors, Andrea can eat, talk, and feel good about herself again, and make the most of her second chance at life. It’s never easy going from caregiver to being cared for, but it’s truly our pleasure to lend a hand. You can be part of more life-changing grants like Andrea’s – just become a Chive Charities monthly donor RIGHT HERE.