The fairy-tale-sounding disease that’s anything but.

Some medical conditions have names that sound so whimsical or soft that it’s difficult to wrap your mind around the seriousness of the disease. Like Alice in Wonderland Syndrome, a neurological condition that affects depth perception. Or Cat-Scratch Fever, an infection from bacteria caused by a bite or scratch from a cat (also a Ted Nugent song). And then there’s Prune Belly.

Prune Belly doesn’t sound all that dangerous. But that’s why the name is so misleading. It’s actually life-threatening, and it almost snatched the future of 5-year-old Brennan Nightengale - a boy whose name is nearly as whimsical-sounding as his disease. Only this isn’t a fairy tale, it’s every parent’s nightmare. 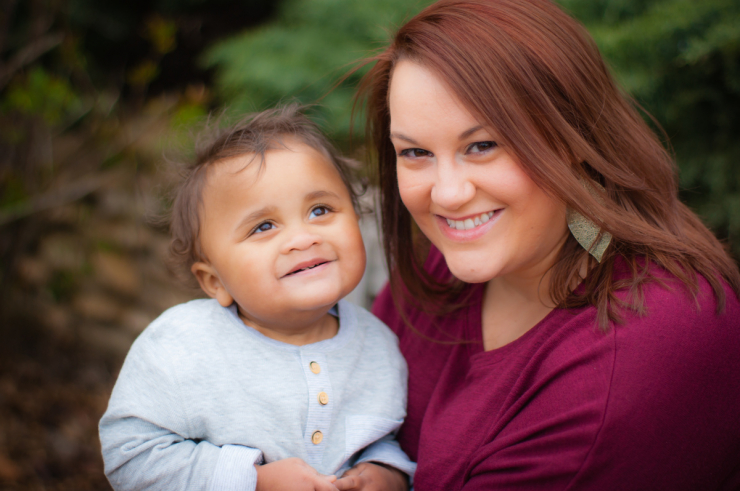 After her very first ultrasound appointment, Jessica got a call from the doctor explaining that they identified some abnormalities in her baby’s development. Both his bladder and ureters were extended, and they tried a vesicocentesis to determine their next steps. That involves using a needle to withdraw excess fluid from the fetal bladder, while the baby is still in utero. One of the potential complications is premature labor, and at 18 weeks pregnant, Jessica’s water broke. 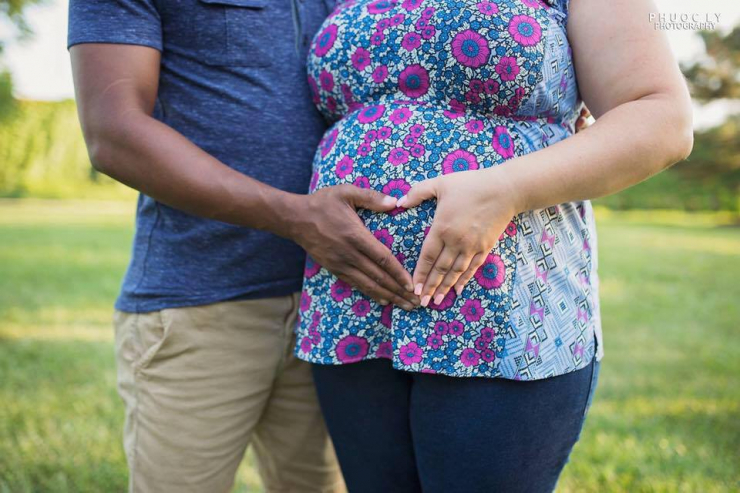 Miraculously, it resealed itself and she managed to hang on until about 22 weeks, at which point she had almost no fluid left and the baby was in danger.

“From that day forward, I was admitted into the hospital for daily monitoring,” Jessica told us. “I was completely alone and isolated from my family, and every time they left after a visit, I was devastated.”

She would spend a long 12 weeks away from her husband and kids, doing everything she could to give her son more time to develop. Jessica and Brennan made it to 34 weeks gestation before he was born, but their time in the hospital wouldn’t end there. 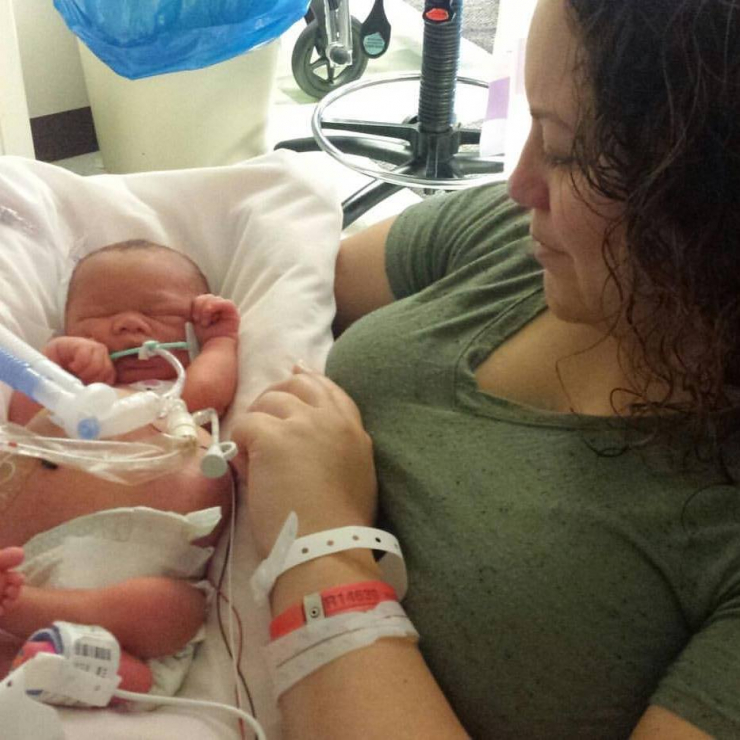 “After the delivery, I saw him in recovery for about 15 minutes, and neither my husband nor I got to hold him for the first two days of his life,” Jessica said.

Within that first week, when they should have been home loving on their baby, Jessica and her husband Devin were pulled into a conference room at the hospital. The doctors were stone-faced and grim as they delivered the news: Brennan had Prune Belly Syndrome and Stage 4 kidney disease. 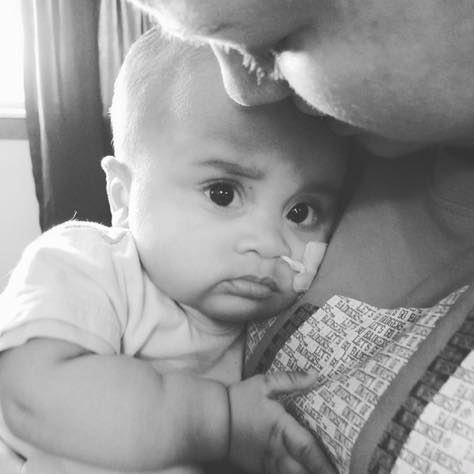 Not all symptoms or complications present the same way for patients with his diagnosis. For Brennan, he had the most critical level of kidney disease, tachycardia (fast heart rate), and hip dysplasia, the latter of which was caused by his belly that was so distended, it popped his hips out of the socket. 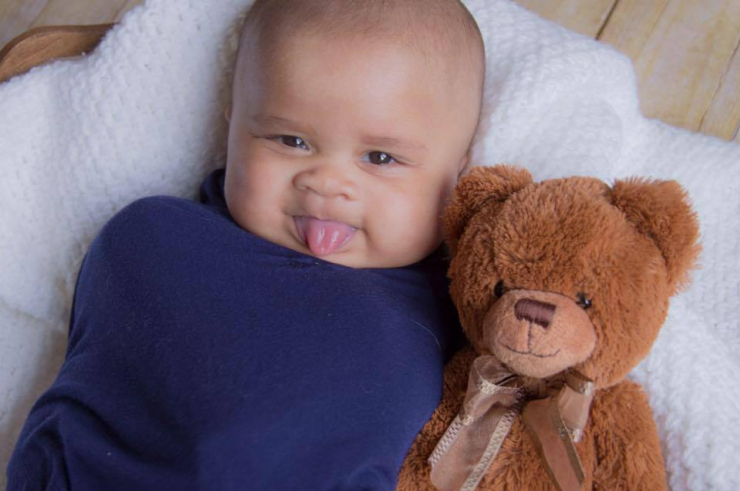 By the time he reached his first birthday, Brennan was in kidney failure.

By his second birthday, he was on the transplant list. 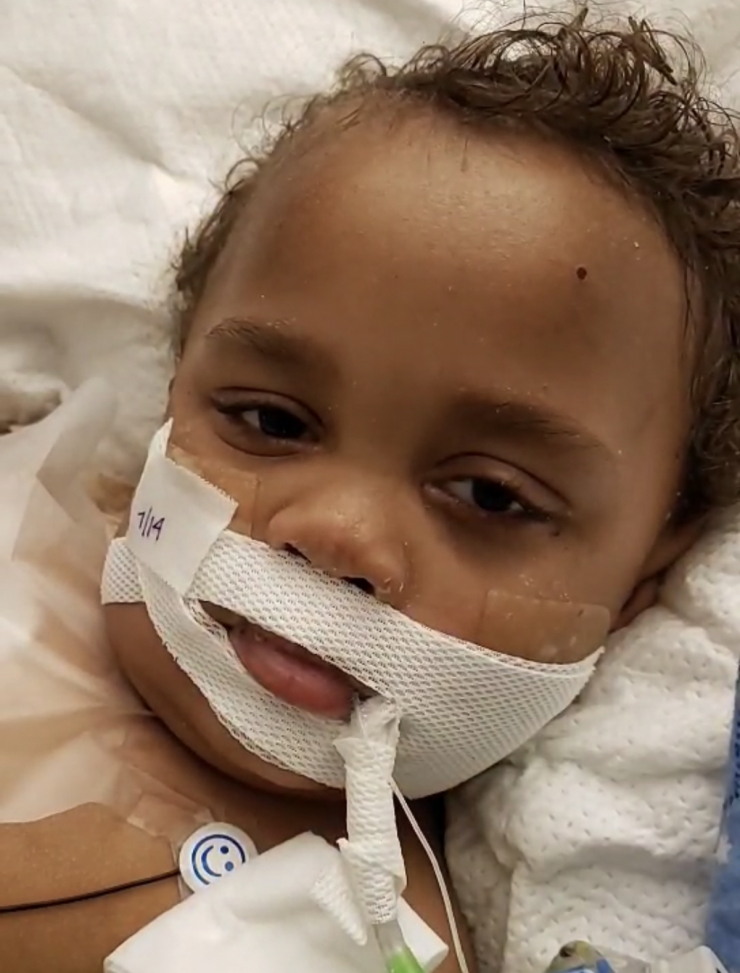 We asked Jessica what that looks like for pediatric cases like her son’s. In the U.S., a person is added to the organ transplant list once every nine minutes. Currently, 106,228 people (and counting) are awaiting life-saving transplants, and 17 die each day without getting their chance.

You have to imagine finding an organ donor is even more difficult when it’s a child. 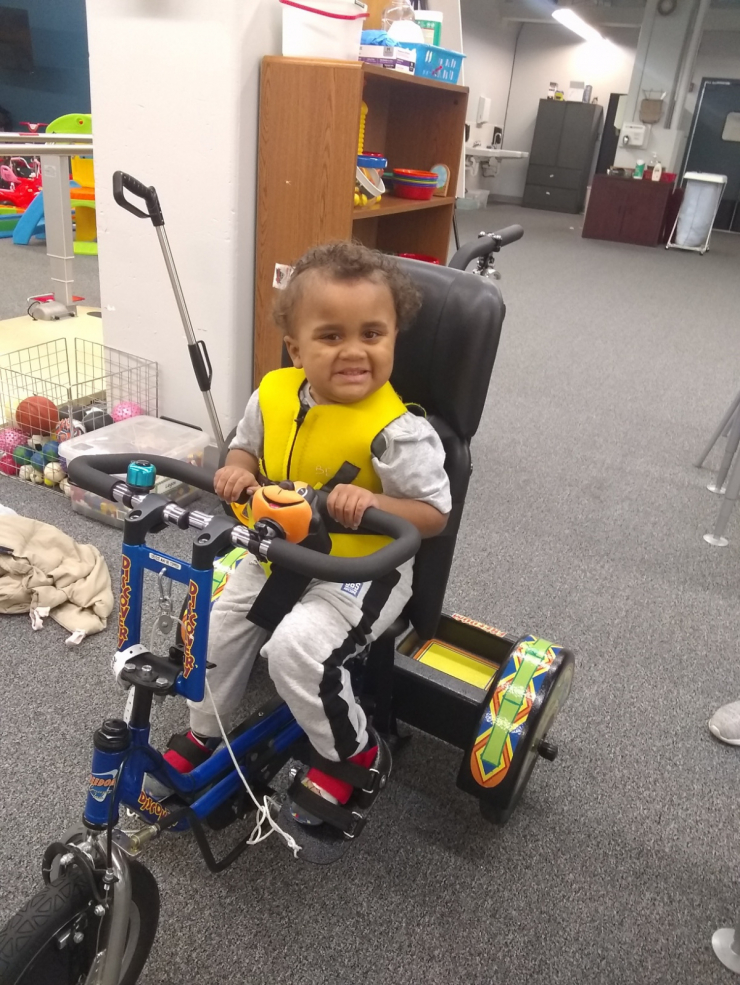 “A lot of people don’t know this,” Jessica explained, “But a child cannot give another child a kidney. The donated organ has to come from a fully grown adult - they prefer age 17 or over - because the kidney has to be able to function when they’re an adult. A child-sized kidney is simply too small and can’t do the job that Brennan would need as he grows.” 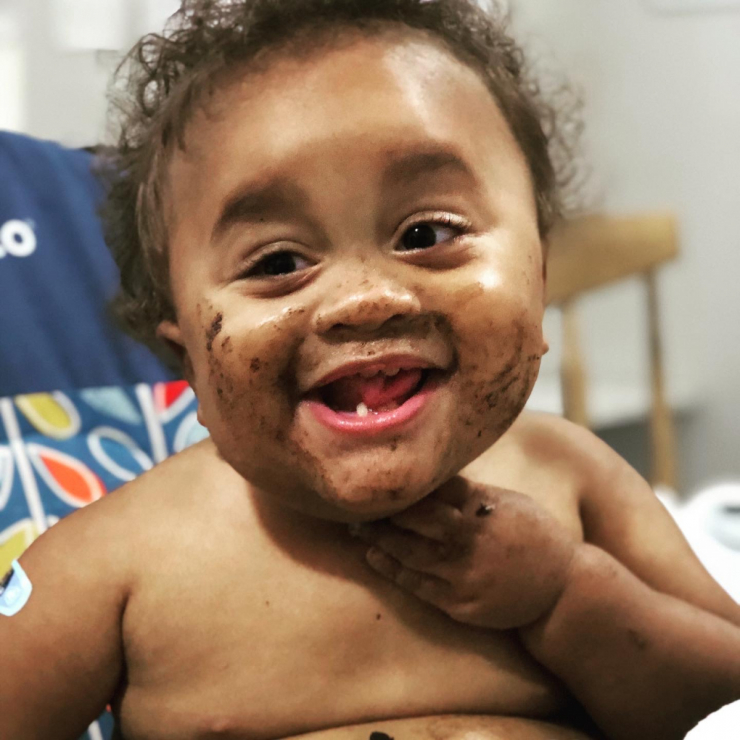 So, an adult-sized kidney, and an ever-growing transplant list. This is the part where Jessica and Devin decide they’re going to see if they can donate a kidney to their son. (Donate here.)

First is Devin, who was fired from his job for “missing too much work” while his son was in the NICU and undergoing life-saving procedures. He’s a match with Brennan, but denied because of a heart issue, though another cardiologist disagrees and says he’s strong enough to withstand the transplant. The transplant team’s decision is already made, and he’s out. 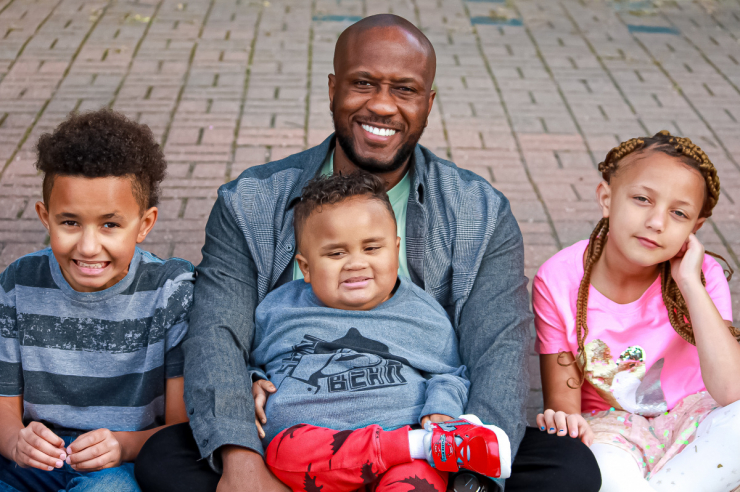 Next is Jessica. She’s also a match, and the team tells her she needs to lose more than 30 pounds to be considered. Right after she gets that update, Jessica gets pregnant and then suffers a miscarriage.

While Brennan waits, while his parents fight desperately to be considered for the procedure, the unthinkable happens. At just four years old, Brennan suffers a stroke. 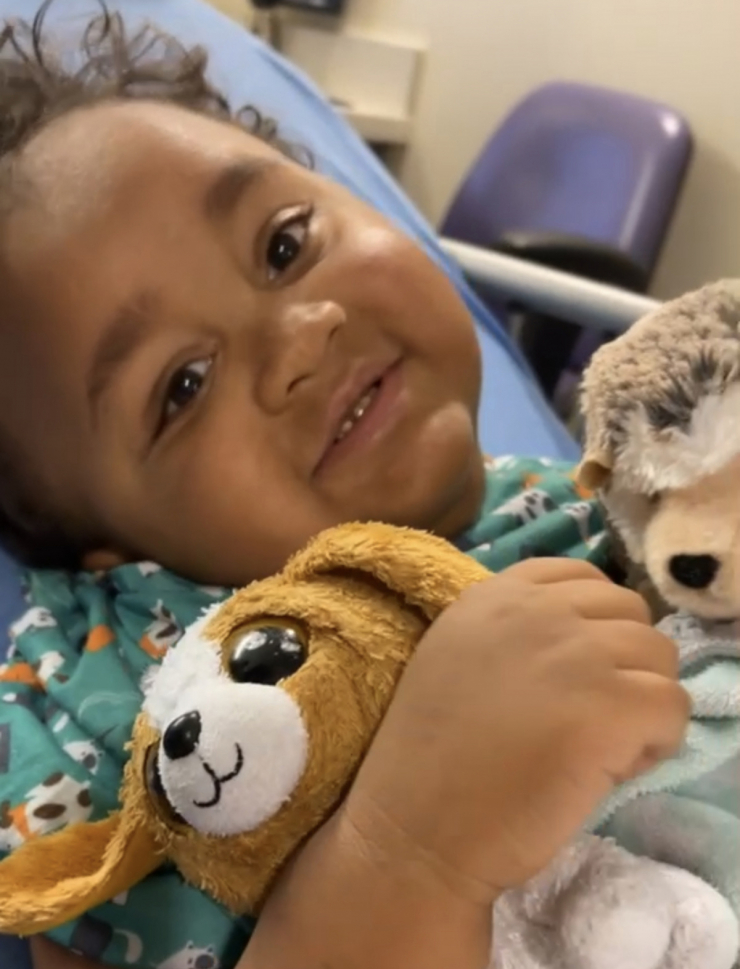 “Before we knew it, we were in the hospital talking to the doctors, and they were telling us to go into his room and say goodbye because he’d be gone within the hour,” Jessica told us.

But Brennan didn’t listen to what the doctors were saying. He was on his own path, writing his own story. Not only did Brennan survive the devastating stroke, but he also responded to treatments so well, his medical team was dumbfounded. Thanks to a lot of help from AbilityKC - and an incredible amount of personal determination, Brennan is nearly back to his pre-stroke self. 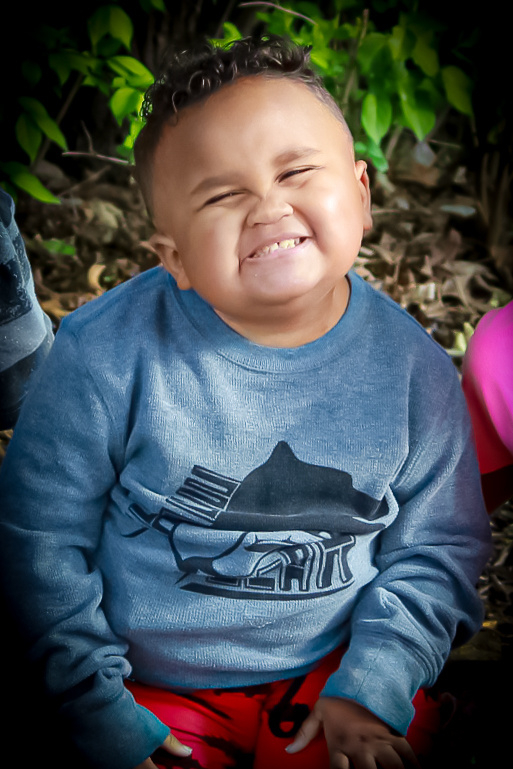 “He is truly a miracle,” said Jessica. 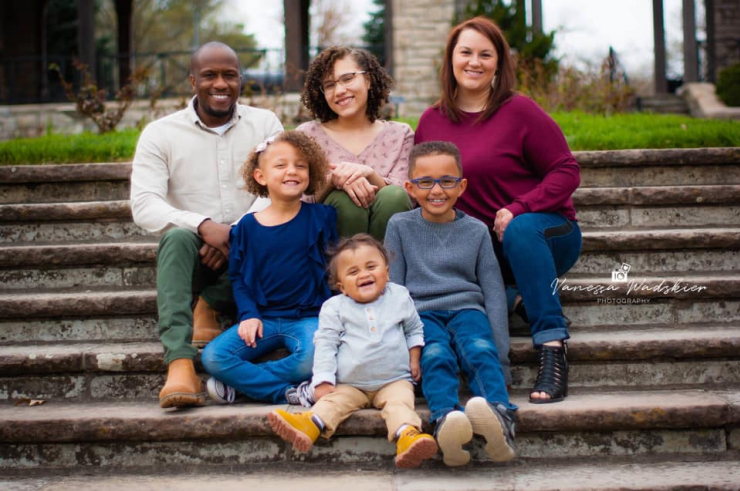 You can add Chive Charities to that fan list, too. When Jessica reached out to us to inquire about getting Brennan an adaptive tricycle, we were blown away by their story. Just the sheer strength and resolve they’ve shown in the face of extreme adversity is astounding. An adaptive tricycle? That’s too easy. 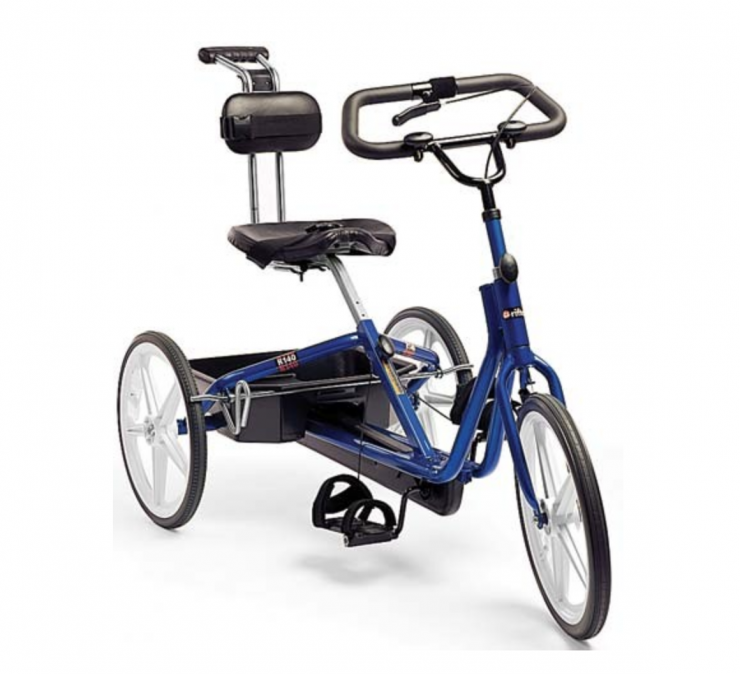 Through monthly and one-time donations to our Chive Charities Green Ribbon Fund, we were able to approve Brennan’s grant request and purchase a Rifton adaptive tricycle for $2,352.

“With this bike, he can ride with his siblings and feel like a ‘normal’ kid,” Jessica shared. “Plus, it’ll help to strengthen his muscles and provide him with an additional treatment at home. We’re just so grateful for the help and support, and Brennan will be so excited!” 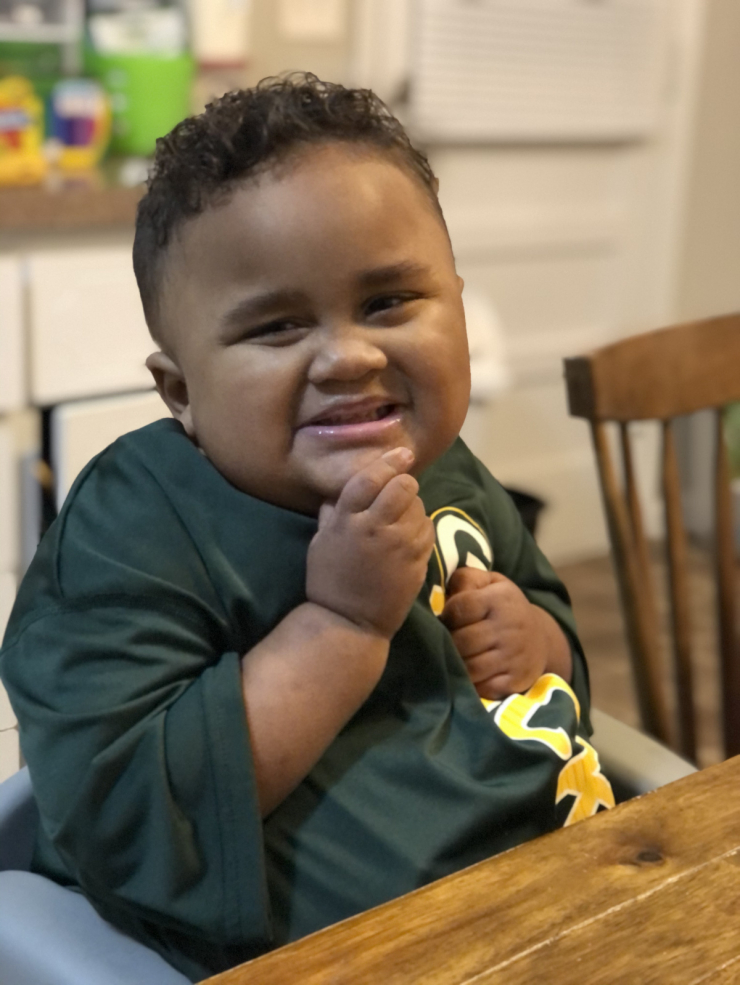 Brennan’s journey has been anything but a fairy tale. But he’s shown time and time again that he’s got a strength beyond his years and a determination to overcome any obstacle. 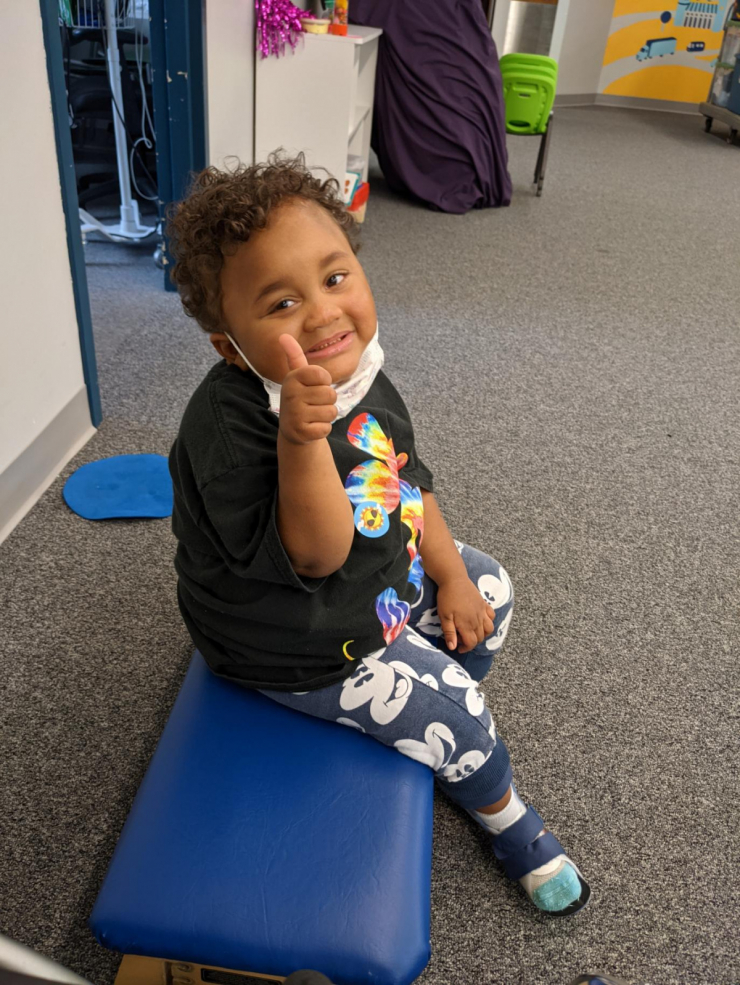 And while he waits for his transplant, while he continues to defy expectations, he’ll be cruising down the street on his new bike, feeling the wind in his hair and the sun on his face like every other kid. Just free.

It hasn’t been a fairy tale, but you helped make him happy. And in our book, there’s nothing better. Help us write the next chapter for recipients like him and DONATE HERE.

Organ donation saves lives. Your decision to become an organ donor can make a difference in as many as 50 lives. Visit the Donate Life America website, and register to be an organ donor today.