A village of people that changed it all

As any family will tell you, it takes a village to raise your children. Add the extra challenges of being a military family — frequent relocations, deployments, long days on base — and that phrase takes on a whole new meaning. It’s not just a catchy saying at that point; it’s a way of life.

In 2015, Joe, Sandra, and their two-year-old son, Denzel (yes, named after that Denzel) moved across the country from New York to California for Joe’s role with the U.S. Navy. 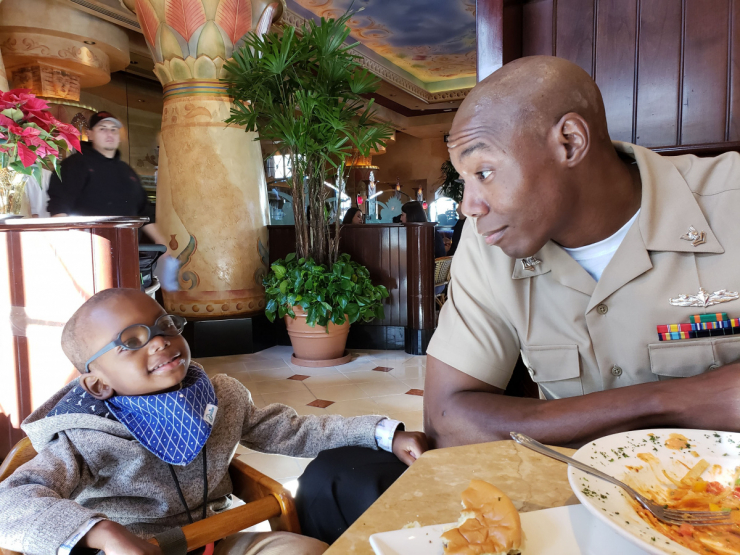 “Not long after we arrived, my husband deployed and I was pregnant and alone with a two-year-old,” Sandra told us. “I was not aiming to deliver a baby that week. But the Saturday before his due date, I noticed he wasn’t moving in the womb as much as he normally would. I tried all the tricks to get a few kicks — drinking water, orange juice, laying on my side...but all day, he was very, very still.”

She became so worried, she drove herself to the hospital for further testing.

“The doctor informed us that in addition to the baby not moving, my fluids were low and his heart rate was dipping,” explained Sandra. “Her words were a blur, but the implication was that had I not come to the hospital that day, he may have been stillborn.”

But Sandra had gone to the hospital that day, and miraculously, hours later, Roman Ari (meaning “Strong Lion”) was born alive and healthy on February 29, 2016 — Leap Day. 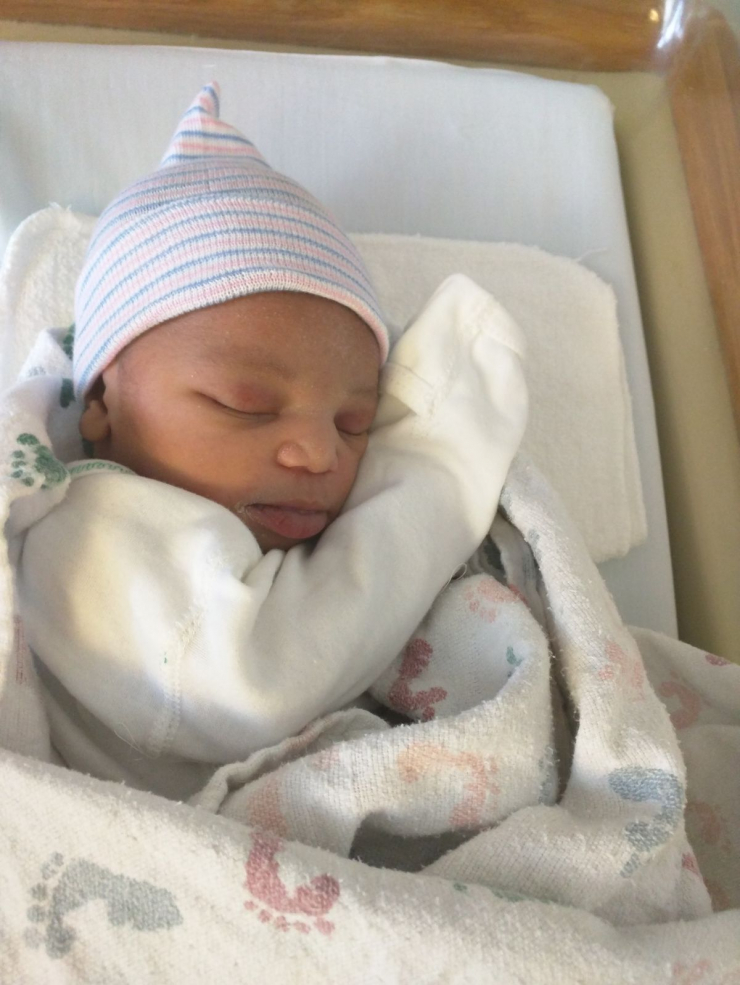 After that unexpected and rocky start, things settled pretty quickly and the family of four adjusted to their new normal.

For the first year or so of his life, Roman seemed like a typical happy, growing baby boy. He loved playing on the floor with his big brother, walking with a push toy, and climbing on and over everything. It wasn’t until he was 18 months old that Sandra began to worry. She looked to her village for support. 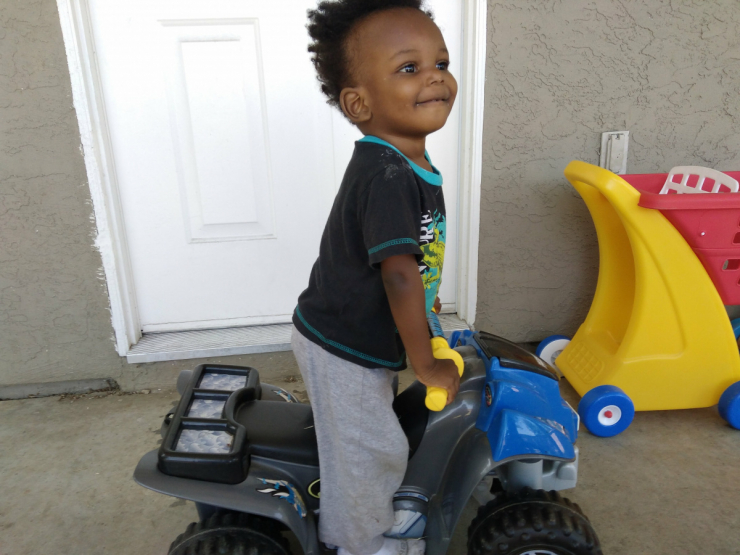 “Roman continued to cruise holding onto furniture, but never took a step independently and never walked on his own,” she said. “Everyone around me seemed to take it in stride, saying things like, ‘he’ll walk when he’s ready,’ or ‘my granddaughter didn’t walk until she was 17 months either.’ But I just waited and waited.” 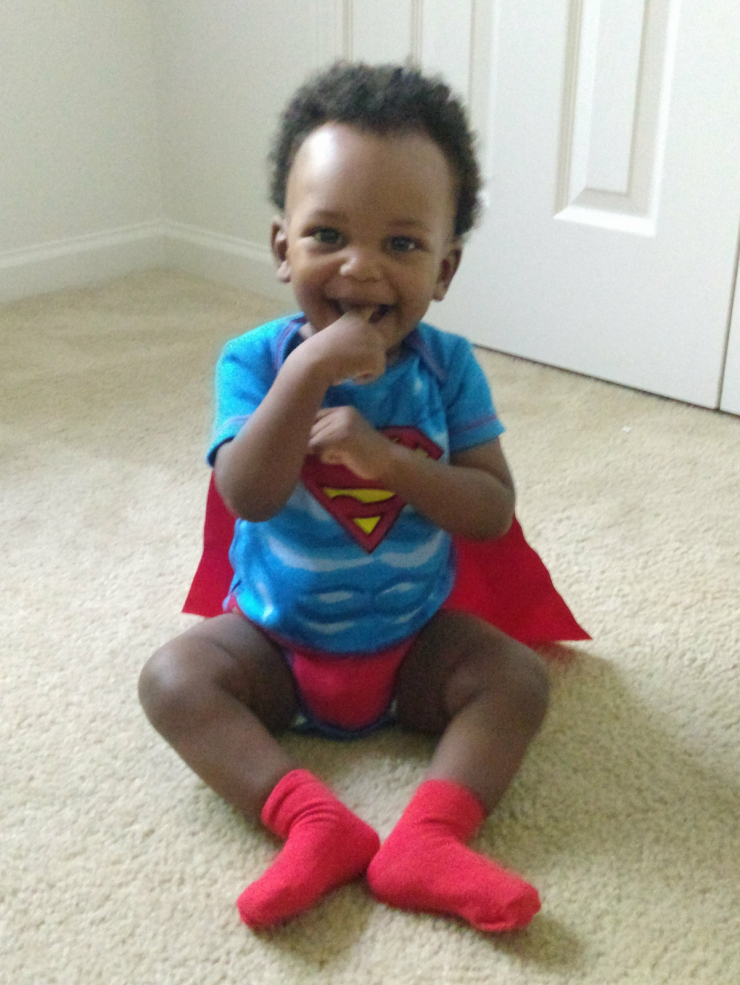 It was like a slow progression backward for Roman. He couldn’t do things he had once been able to do like standing or cruising the furniture, and he didn’t seem to be making any progress with his motor skills. At this point, Sandra and Joe looked to their friend community for support and to the medical community for answers. 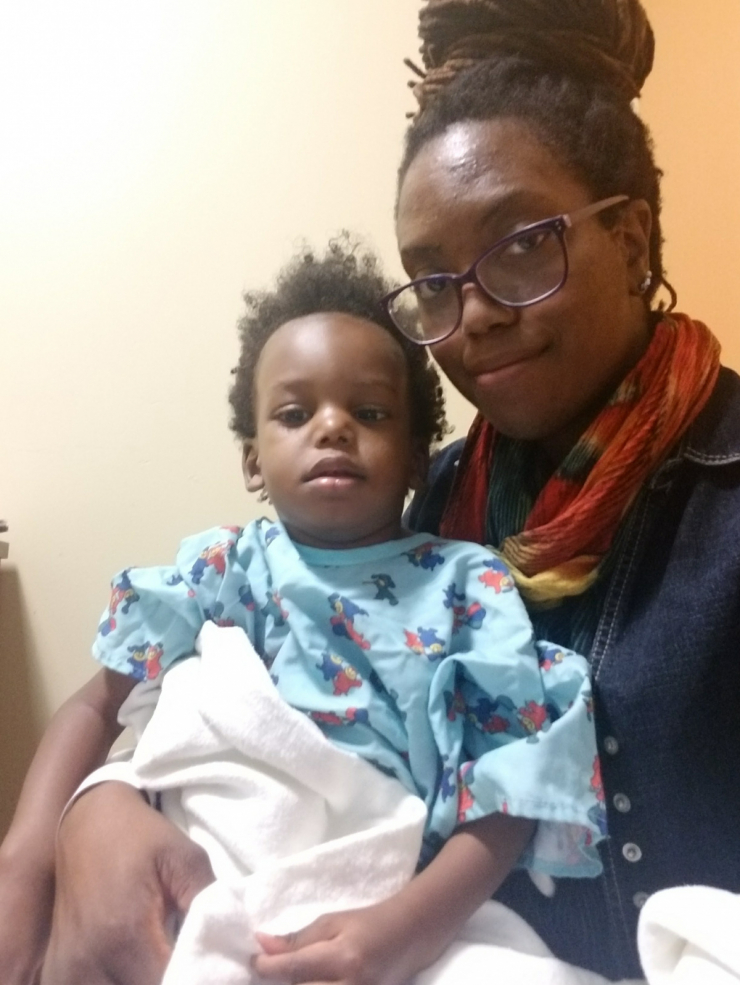 Despite having two MRIs, two genetic tests, an EMG, and a muscle tissue biopsy, the family has no idea why Roman is losing mobility.

“Thankfully, I saw another parent on Facebook mention the Undiagnosed Diseases Network (UDN), and I applied right away,”. Sandra said. “But COVID-19 put a pause on any procedures and tests that were to be done by the UDN.”

For reference, in order to be accepted into the UDN, participants typically have a condition with a suspected underlying genetic cause that has not been diagnosed. Currently, the UDN is only able to accept less than 50% of those who apply. Roman was one of them.

It’s been a year since he was accepted into their program, and we are just now resuming talks with them to figure out how to move forward.” 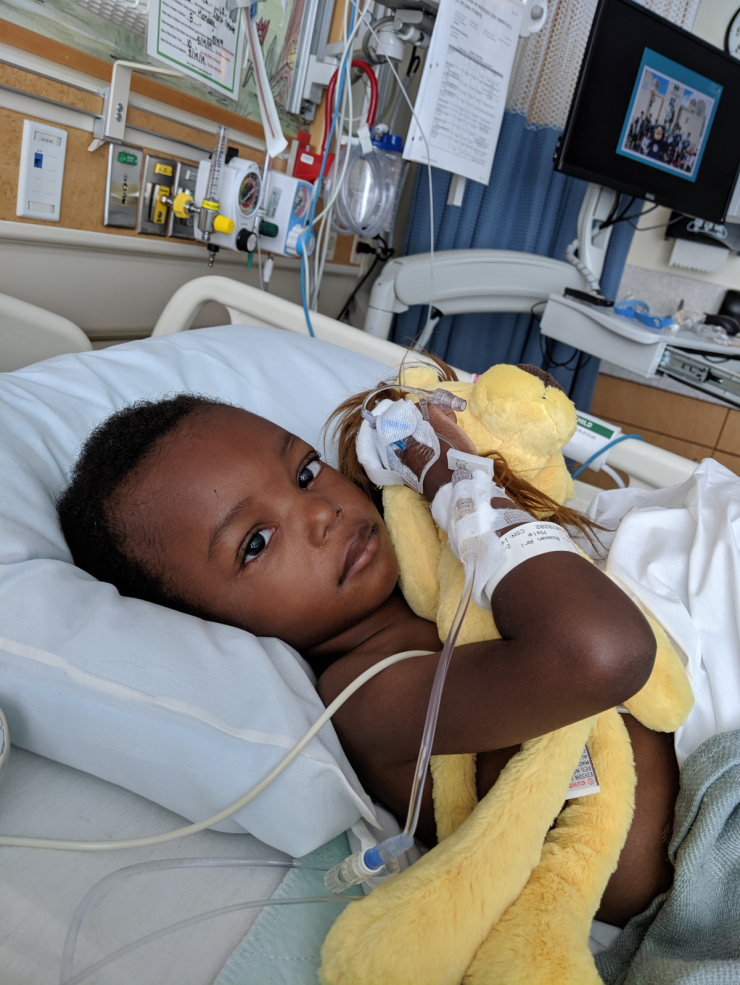 It seems unimaginable to watch your child’s health deteriorate and do everything in your power to find out why only to have the answer elude you. They simply don’t know what’s happening to him.

“It breaks my heart to see Roman watch his brothers play, knowing that he can no longer get on the floor and roughhouse with them,” Sandra tearfully explained. “I wonder if he misses it.”

“Only his brothers can get a chuckle out of him without even trying, though” she continued. “He loves getting fist bumps from them and despite his regressions, Roman smiles through it all.” 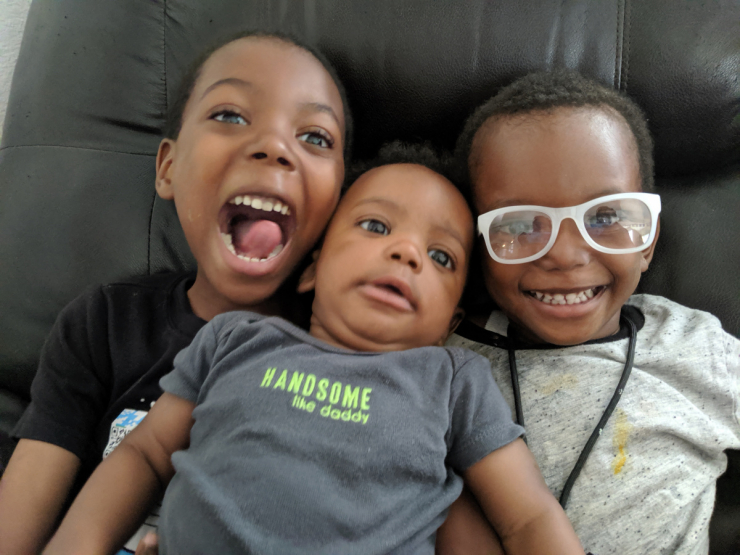 He also lives up to his name each and every day. It takes a strong lion like Roman to overcome enormous physical and emotional obstacles, and still greet each person he meets with a smile. It’s a part of him in such a big way.

Roman is nonverbal, and his hands lack the dexterity for sign language. Though Sandra and Joe have tested speaking devices and other technology, Roman always prefers to sit one-on-one with someone and look them in the eye. He’s a people person through and through. And with the village of people he has behind him now, that’s a good thing. 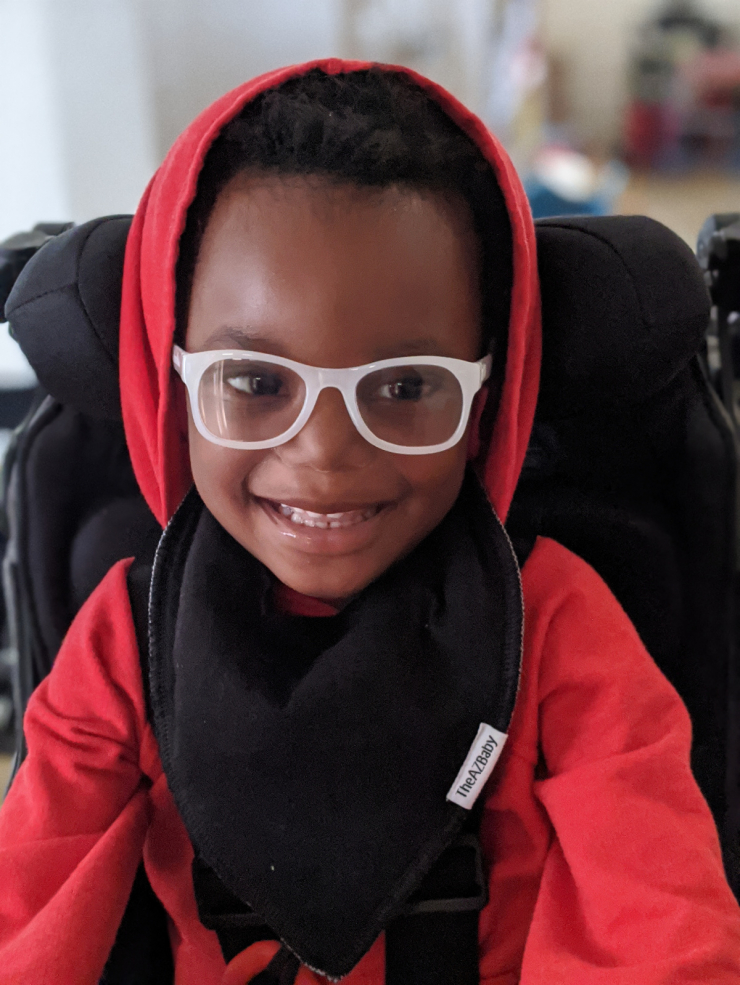 That doesn’t mean he couldn’t use a few more.

Roman is now wheelchair-bound and has several doctor’s appointments at any given time. He also requires ongoing physical therapy, occupational therapy, and speech therapy. It’s a lot to handle and demands a full-time commitment. Adding to the challenges, Joe and Sandra share a car, which means Joe has to either get a ride to the Navy base from a shipmate or take the day off so that Sandra can use the car on appointment days.

Does that sound like a good, long-term solution to you? Not when you’re in the Chive Charities community. 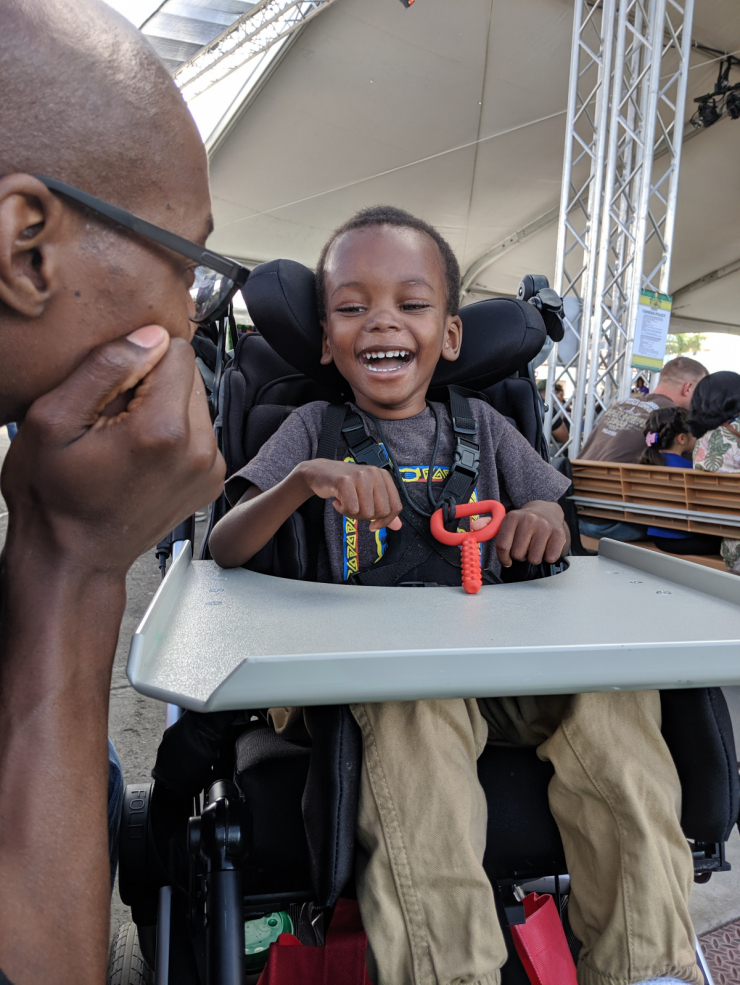 It’s fitting that Sandra and Joe have relied on help and encouragement from so many people because being there for someone when they need it most is one of the things our community of supporters does best. And that village — our Chive Charities family of donors — is also pretty good at helping us provide wheelchair-accessible vans to families just like Sandra, Joe, Denzel, Roman, and Kenji. (There were 26 vans in 2020 alone!) 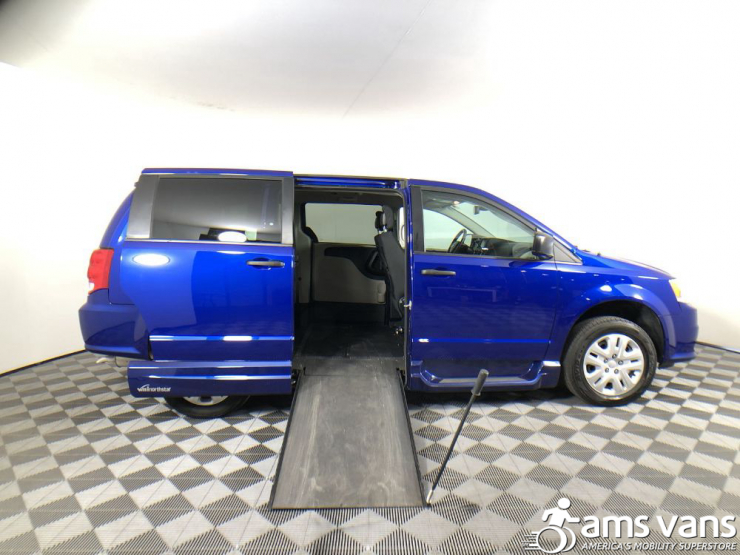 Thanks to the dedication of our monthly donors, Roman and his family are getting a new 2019 Dodge Grand Caravan from our friends at AMS Vans for a total impact of $40,369.89. He’ll be the fourth van recipient of this year, and we’re only 25 days in. Show us a better village to have than that.

(This seems like a great time for a signature Roman fist bump:) 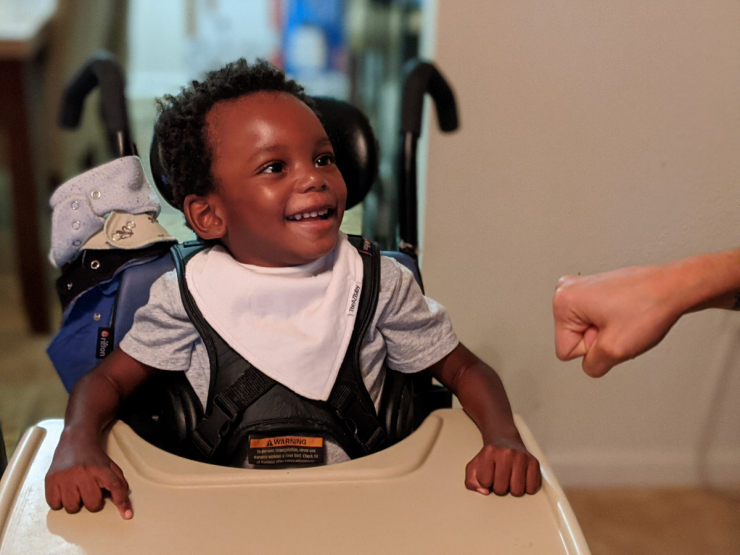 It also takes a village to see a person in need and rally behind them with a life-changing grant.

Our mission is to make the world 10% happier, and you can bet it’ll take a village to get there. $5, $20, $200 — add it up and you get more than 400 recipient lives changed and counting. You want a community? You just found the best one there is. DONATE HERE.