The last line of defense before the explosion

On July 2nd, Bagram Airfield was closed permanently, marking the end of America’s longest war. My inbox has been full of troops who passed through the gates of the base over its 20 year life. Many believe that, as our forces withdrew, so too did all the goodwill we built up in the region over two decades. Others who believe there will be an uptick in PTSD-related suicides. 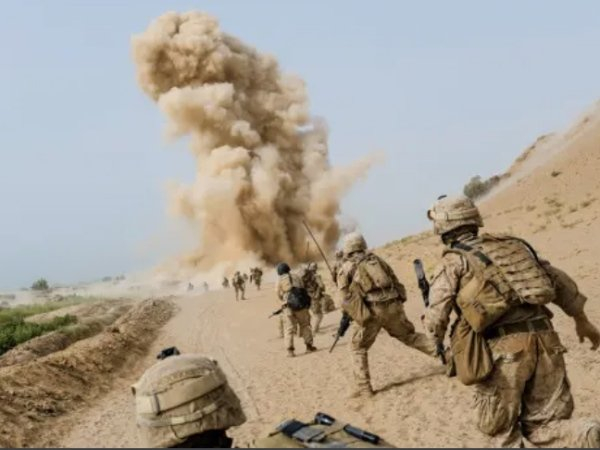 I would like to personally thank every man and woman who served in the war in Afghanistan. Your service helped keep us all safe on the home front, please know it. At Chive Charities and theCHIVE, we focus on helping the individual. And in helping the individual, you raise awareness for the cause. The following is the story of Combat Translator/ Interpreter Haleem Wafa.

would like to personally thank every man and woman who served in the war in Afghanistan. Your service helped keep us all safe on the home front, please know it. At Chive Charities and theCHIVE, we focus on helping the individual. And in helping the individual, you raise awareness for the cause. The following is the story of Combat Translator/ Interpreter Haleem Wafa.

When you’re out on your first patrol in Taliban country, the fear of roadside bombs is as ever-present as the enemy combatants. Haleem Wafa sat next to a new soldier on patrol. Many newbies had a habit of hugging their legs in a sort of the-floor-is-lava kind of way. You can hardly blame them. The damage done to extremities, particularly ones legs, are well documented. And the threat of being blown up is very real.

Haleem was monitoring the chatter on his radio. He was picking up an odd conversation about watermelons. It seemed fairly innocuous at first until he heard a man say, “The red mist won’t be from the watermelons.” 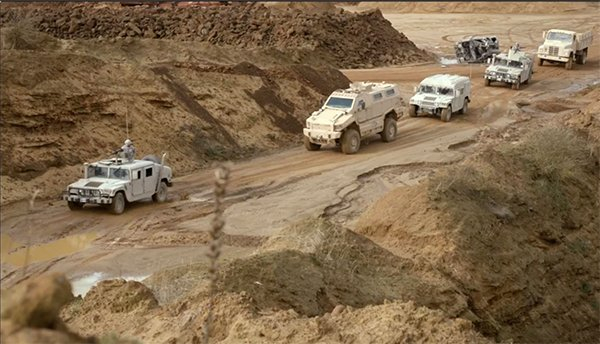 Just up ahead on the road, Haleem spotted three watermelons on the side of the road. He radioed ahead to the lead vehicle, “Stop the convoy. Stop immediately.” The convoy ground to a halt 30 yards from the watermelons. The blast, even at a distance, slammed 170 decibels and a lot of watermelon over the convoy. When the sand settled, everybody’s limbs were intact.

Haleem could hear the Taliban cheering, chanting “Allah Akbar” over the radio. It became obvious the Taliban thought they had landed a direct hit on the convoy. They didn’t yet know they had been thwarted. Then they made the mistake of giving away their location on a nearby mountain.

Fifteen minutes later, the sound from two Pratt and Witney F100 turbofan engines on an F-15 Strike Eagle were the last sound the Taliban ever heard. 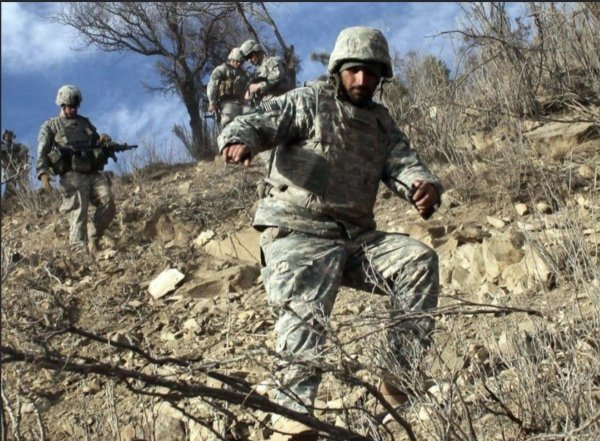 Combat translators are the “eyes” of the platoon. Due to the fact that a platoon would be blind without them, they are what are referred to as “definitive targets” for the Taliban. Translators like Haleem (pictured) do not have a long life expectancy – months not years – especially if you’re serving in the Paktika Province, one of the most dangerous territories in Afghanistan. Haleem dutifully served as the “Americans’ eyes” for 15 years. And he served for $20 per mission. $40 if it was an overnight mission. 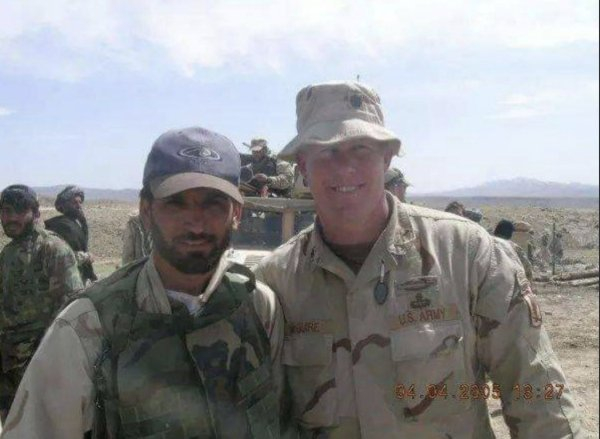 On one such mission was Major Kenneth Evans. “On one patrol,” recalled Major Evans, “I was exposed when Haleem intercepted a message that an enemy gunner had locked in on my position. I saw Haleem running at me as fast as he could. With no time to explain what was going on, he tackled me as the machine gun fire whizzed above my head. There was no doubt he had saved my life that day.”

It was Major Evans who submitted a Letter of Recommendation for a Special Immigrant Visa for Haleem in 2015. Three years later, United States Central Command granted the Visa. 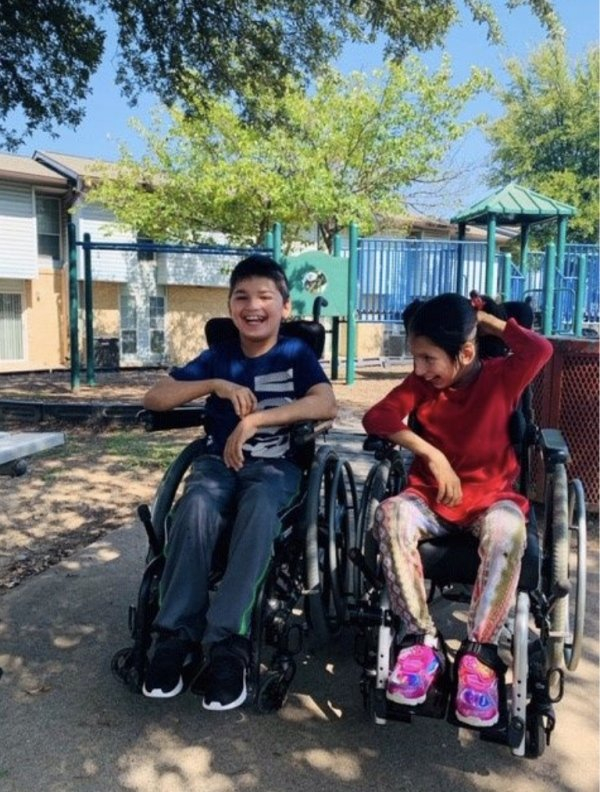 Haleem and his family moved to Fort Worth, Texas, to begin a new life. His two children, Tamana and Aryan, both have Sjogren-Larsson Syndrome. It’s a crippling neurological disorder that causes everything from intellectual disabilities, inability to walk, and eye problems that can lead to blindness. Both children are dependent on wheelchairs. Last April, a nurse at Cook Children’s Medical Center asked if he had ever heard of Chive Charities? 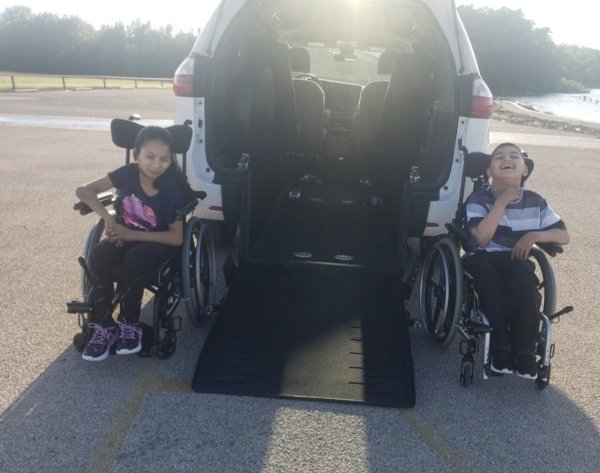 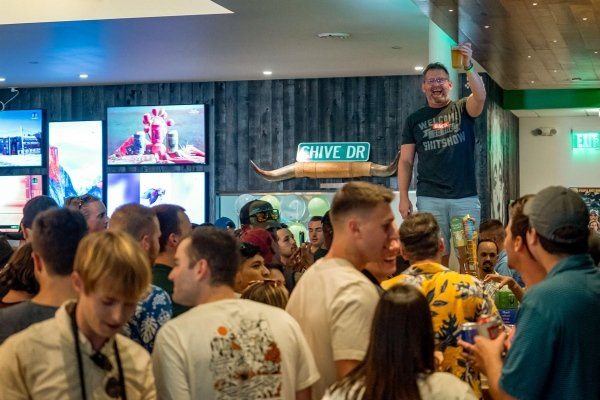 Two weeks ago, we officially reopened theCHIVE HQ and invited Haleem and his son, Silab, to the office. I honestly had no agenda. I just think that Friday at theCHIVE HQ is a safe place for all our veterans and it would be an honor to meet the man. 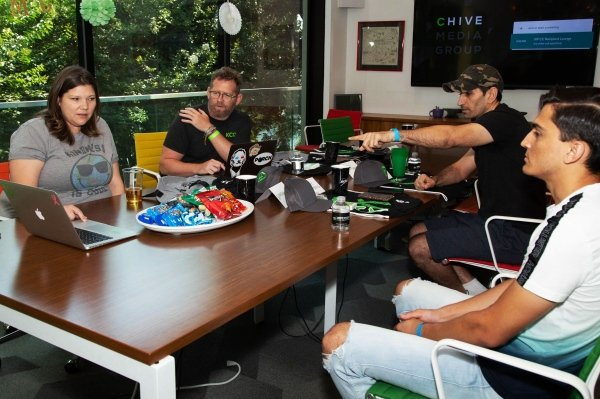 Haleem is a man of few words. He is also imminently humble. I asked if he had ever been injured on duty?

“If you don’t mind me asking, what were the nature of those injuries?”

I really liked this man. As you all know, the name of the game at theCHIVE is follow through. Air dropping a family van and walking away just isn’t what our community expects of us. Our dogged pursuit of finding out that one more thing the family needs is legendary, and we’d need all the persistence in the world to get to the bottom of the deeper need from a man as proud as Haleem. 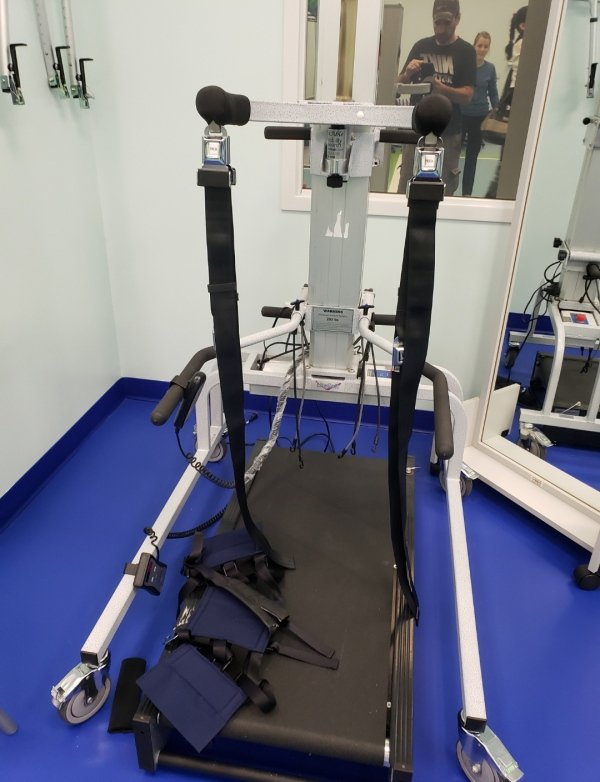 As we were talking about his kids’ physical therapy needs, we found what we were looking for. I asked Haleem which training circuit produced the best results – he quickly responded with the Physical Therapy Treadmill. “You can see progress, in muscled strength, gait, and overall balance.” Amongst other things, the treadmill requires a harness to support them standing up during the 30 minute session. The problem is the kids have to miss school in order to go to PT.

Haleem confided he is working multiple jobs in the hopes that he can construct his own DIY treadmill because the real ones cost over $5,000. 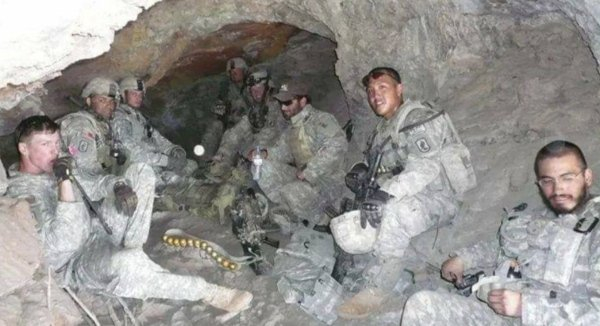 Here’s the thing. Here at theCHIVE we don’t do $5,000 goals. Like, ever. But Haleem said he could not accept anything more. So I agreed (But you know what to do, wink).

When I spoke to Major Morrison and asked if he’d seen Haleem since he came stateside. The Major said yes and said something that struck me. “I had gotten a pre-paid credit card and gave it to Haleem. It occurred to me yesterday that he had never used it, he was too proud. You can be sure that if that man is asking for help, he needs it.” (Donate here) 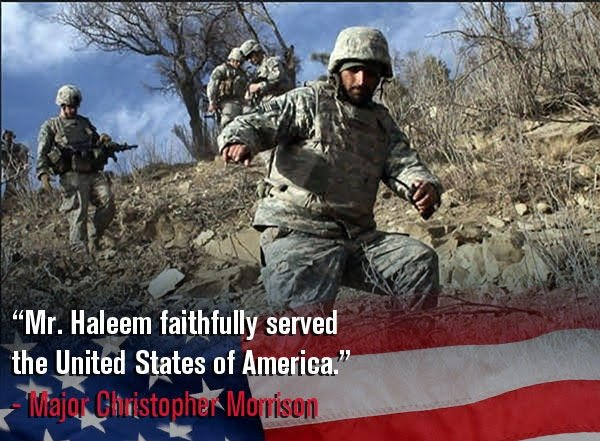 I asked Major Morrison if he could describe what Haleem meant to him and he told me that all I needed to do to answer that question was to read to the very end of his letter of recommendation, which I did. 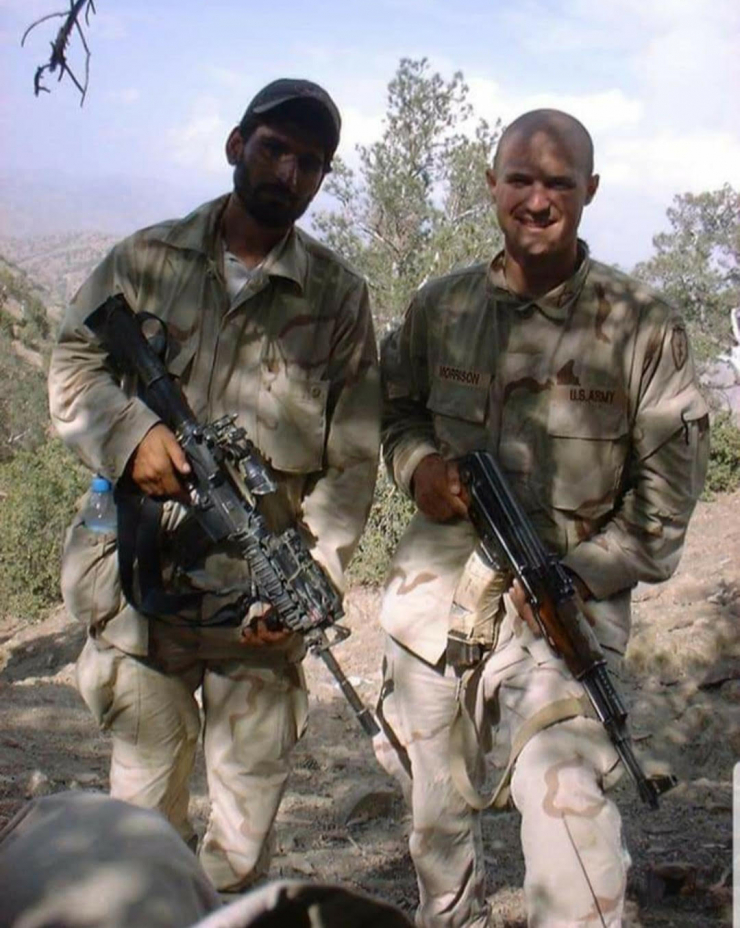 Today, a man who served our country and saved countless American lives while risking his own needs help – not for himself – but for his children. We owe a great debt to this man and today, on behalf of theCHIVE Community and a grateful Nation, that debt will be paid.

PS – Thank to to all our Green Members for setting this in motion. Explore the opportunity to join that small group of committed heroes here.