When I was a kid, my mom worked as a dispatcher for the police department. 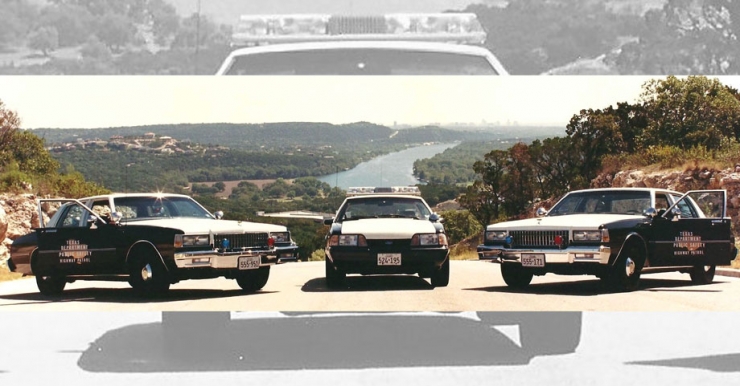 It was a pretty small town at the time, and the police and fire departments shared a space – a faded stone building just off Main Street, about a half-mile from my school. I spent a LOT of time there, my sisters off doing high school things and my mom working to support us all, and in addition to getting out of my first speeding ticket with a call to the police chief, I got something way, way more important. 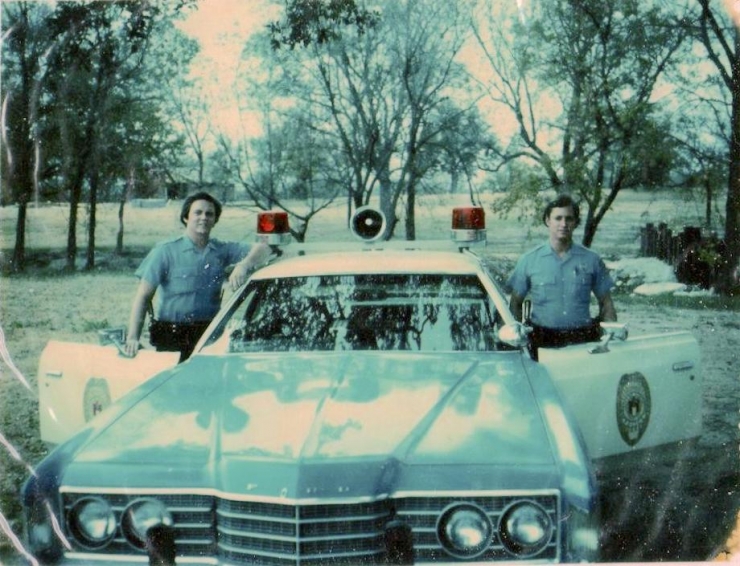 The cop on the left is Captain Simpson, and I can’t tell you how many times he was tasked with getting me from school if my mom was held up at shift change. Or how many times I took over his desk, writing stories and silly handwritten worksheets, which he graciously completed and I graded harshly (sorry about that). They were all like that, from the officers up to the chief, pitching in as family when there was no one else. 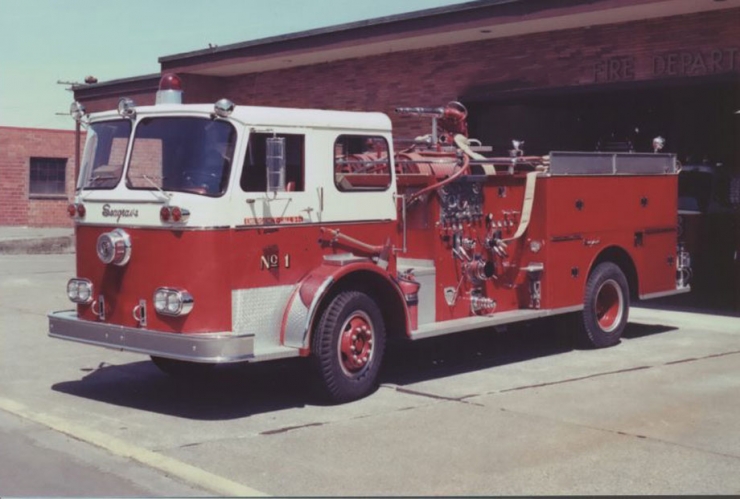 Sometimes, I’d wander over to the fire station side of the building to say hello. They had a dalmatian named Salvage, whose best skills were being tall and sniffing butts, and I was always intrigued by the firemen’s bunk beds and full kitchen. Did they really sleep there? And cook real dinners? Didn’t they miss their families? Was it really necessary to wash the truck that often?

They were nice guys, very patient with all my questions, and I came to understand the bunk beds and kitchen were more than just comforts for getting through two and three-day shifts – they were things you’d find in a regular home with a regular family, because they were a family. On-duty and off, the firemen and the cops across the hall were kin, which is one of the greatest things about first responders. Well, besides the butt-sniffing dogs and patience for bossy first-graders. 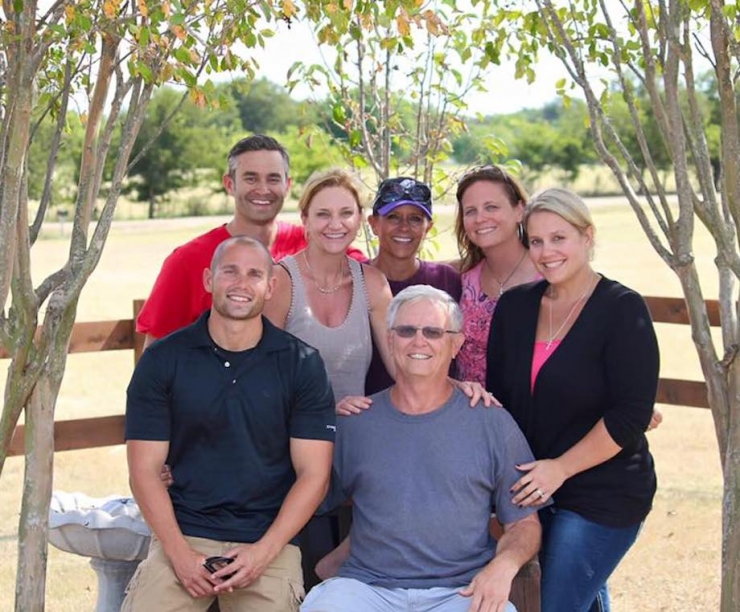 P.S. This is Sgt. Simpson today. His sons went on to protect our fair city just like he did. We run into Josh at Station 1 every so often, and he’s stopped in to talk Chive Charities in the past, but Nick and his dad haven’t made it by HQ yet. Consider this your invitation, gentlemen, we’d love raise a glass in your honor. 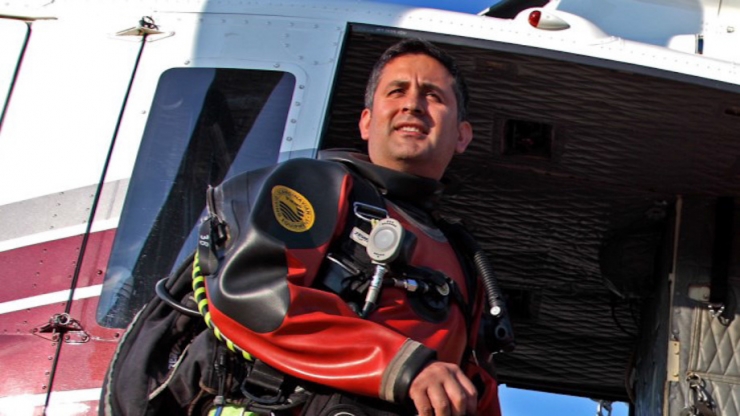 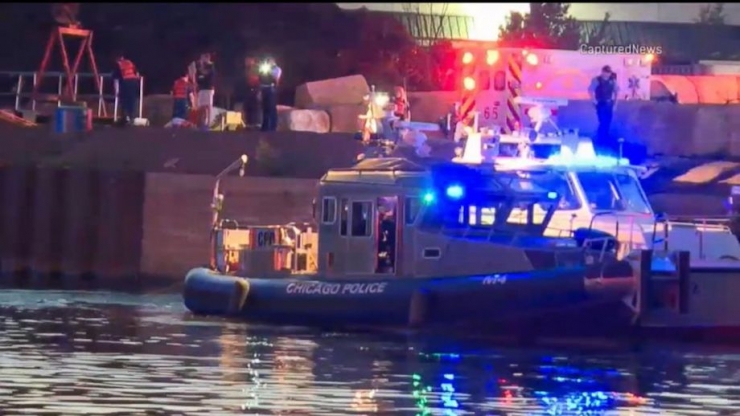 During the search, Bucio was separated from his partner and didn’t resurface. Within minutes, he was located, pulled from the water, and rushed to the hospital, but it was too late. The medical examiner later ruled Bucio died from asphyxia related to lymphocytic myocarditis, a rare heart condition that causes arrhythmia and heart failure. 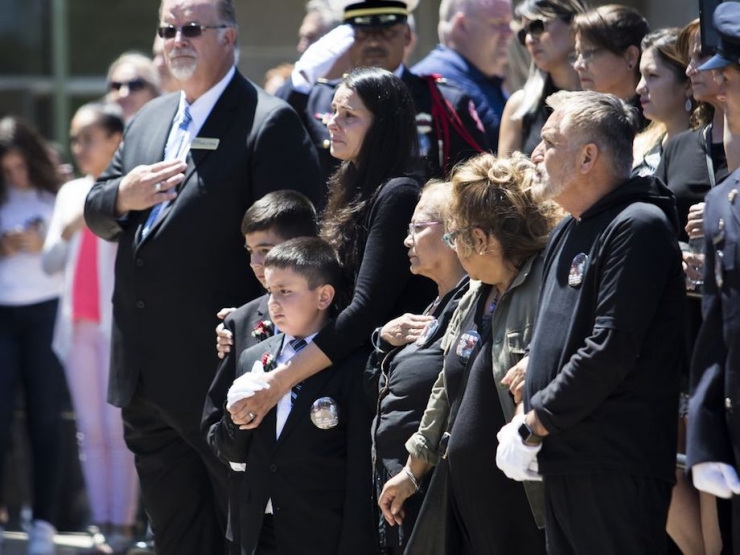 He left behind two sons, Jacob and Josh, who are just nine and 10 years old. 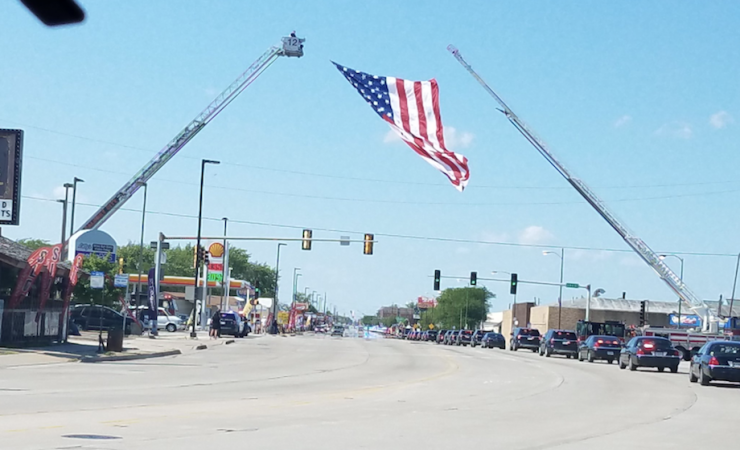 But here’s the thing about Juan Bucio, and the Chicago Fire Department, and first responders as a whole: they’re family. 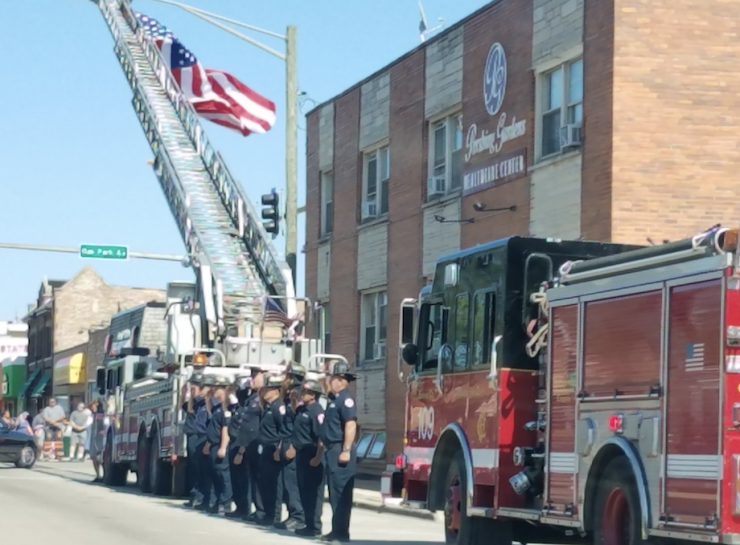 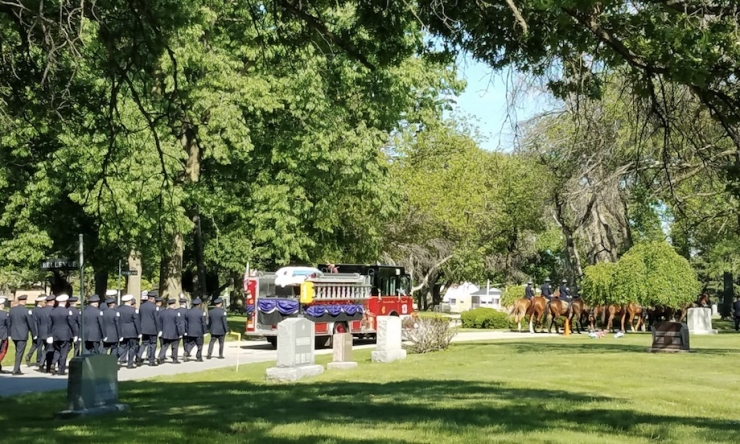 As devastating as losing a father is, and trust me, I know, standing right beside those boys are thousands of firefighters, police officers, EMTs, and generous souls watching out for them. 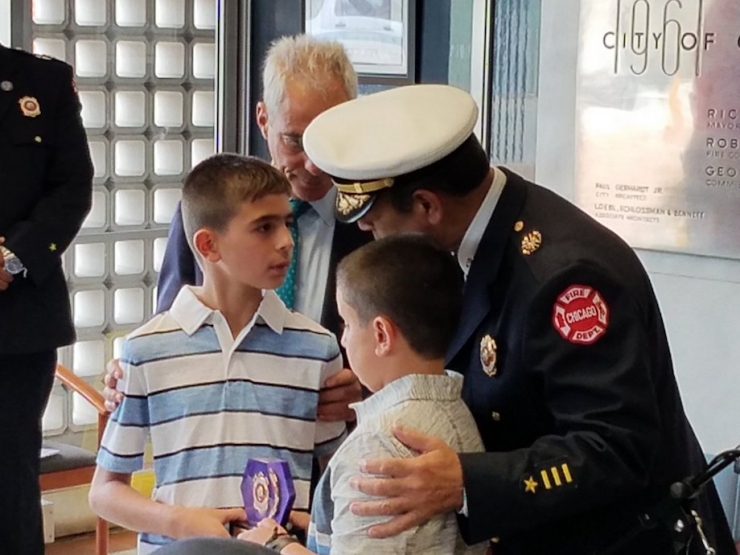 Making sure they have what they need, they know the kind of hero their dad was, and they’re able to find joy in the lives they’ll lead without him in it. 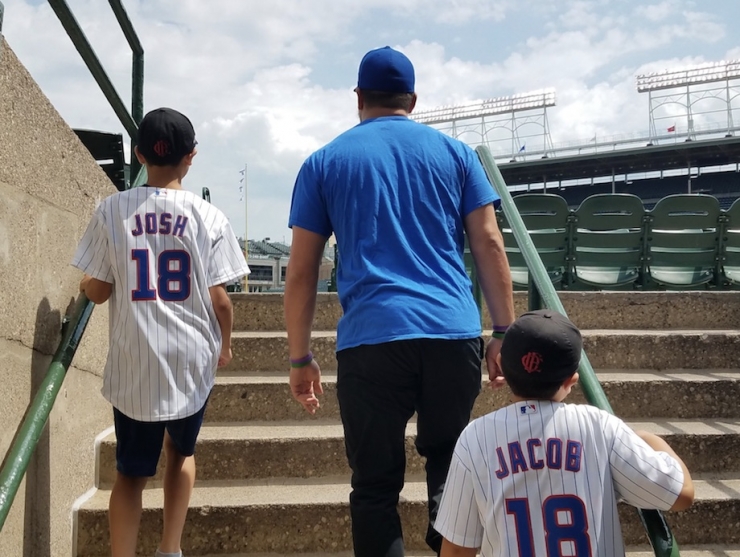 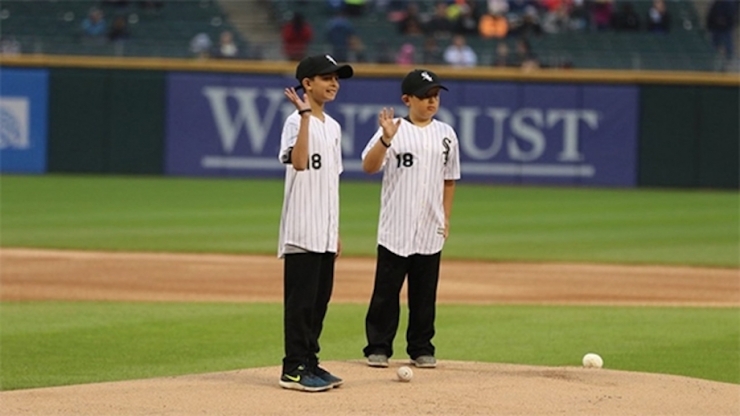 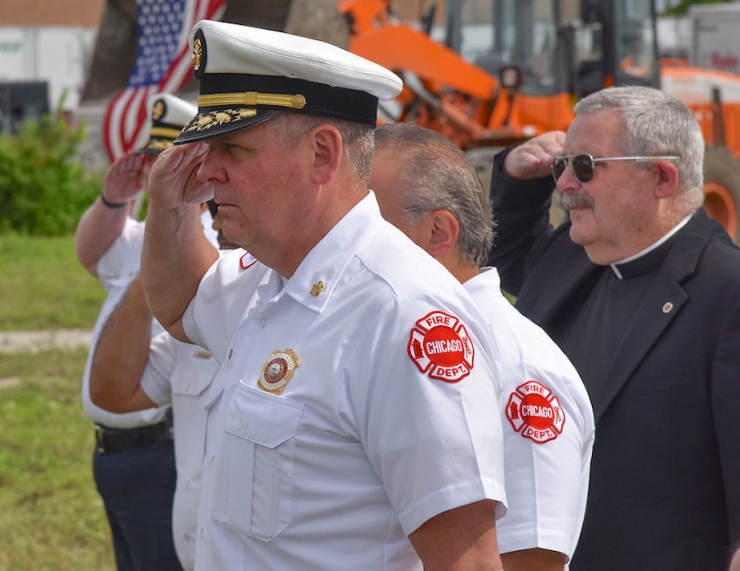 Leading the charge is the Ende, Menzer, Walsh & Quinn Retirees’, Widows’, and Children’s Assistance Fund (EMWQ), which provides an annual pension to families of deceased active and retired Chicago firefighters, as well as immediate cash assistance to the children of active firefighters who pass away on or off-duty. They also set up memorial funds specifically for the families of active firefighters who pass away, so kids like Jacob and Josh Bucio have help down the road, when the reality of their dad’s sacrifice becomes their new normal.

“We’re helping 5-600 widows at any given time,” said CFD Captain Tony Martin, who also serves as the president for EMWQ. They distributed nearly $640,000 last year to CFD families in need, most of whom Martin and the other board members knew by name even before they needed help from the Fund. 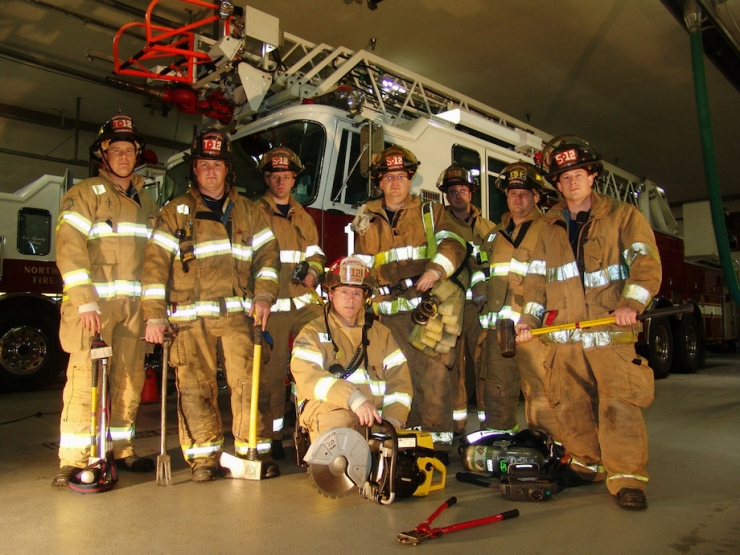 “We’re a close-knit group, we do this because it’s what family does. We all still have jobs, we have no paid employees, and all our accounting and business services are donated by partners who believe in our cause,” he added.

Chive Charities believes in their cause, too, and it’s our honor to provide a $5,000 grant to help EMWQ support the families of Chicago firefighters in their time of need. No amount of money can make up for the loss of Juan Bucio, or any of the heroes who put their lives on the line, but making sure Jacob and Josh, and all those left behind, have stable futures is a step toward healing.

The firehouse that served as Juan Bucio’s home away from home isn’t far from where his sons live, and Captain Martin told me Jacob and Josh have been by for dinner a few times over the summer. I can picture them sitting at the table where their dad often sat, chowing down on chili (because that’s all first-grade-Mel thought firemen cooked), and feeling the bond of family that can’t be broken. It makes me feel a lot better about the world, at least 10% happier… You can help more first responder families in need by becoming a Chive Charities monthly donor RIGHT HERE.