This Veteran Marine is working through “The Stuff”—and teaching other Vets to do the same. 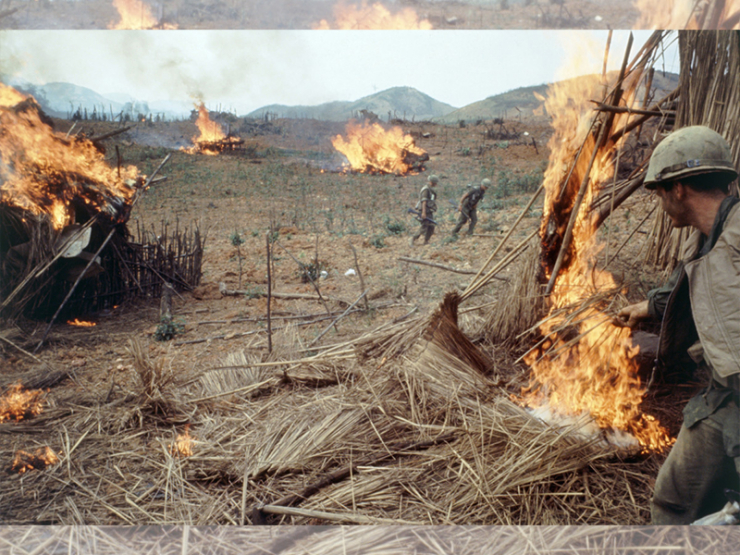 April 16, 1968 was the kind of day William Rider hoped he would never have to endure as a soldier, but knew that he eventually would. It was the day he watched forty-five of his brothers-in-arms- die around him. And, years later, it would be a day he would sometimes wish he hadn’t survived. 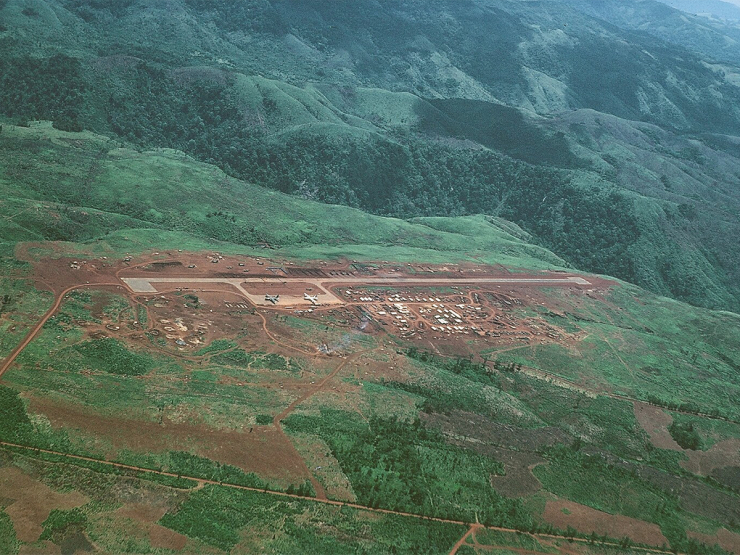 Young Marine Sergeant Wiliam Rider (RET) was carrying out a rescue mission in the patchily-forested hills of Vietnam during what would later be called the Siege of Khe Sanh. Amid the chaos, gunfire, and explosions, it was impossible for Rider to put into perspective the massive scale of this attack. He didn’t know the pain that was to come. 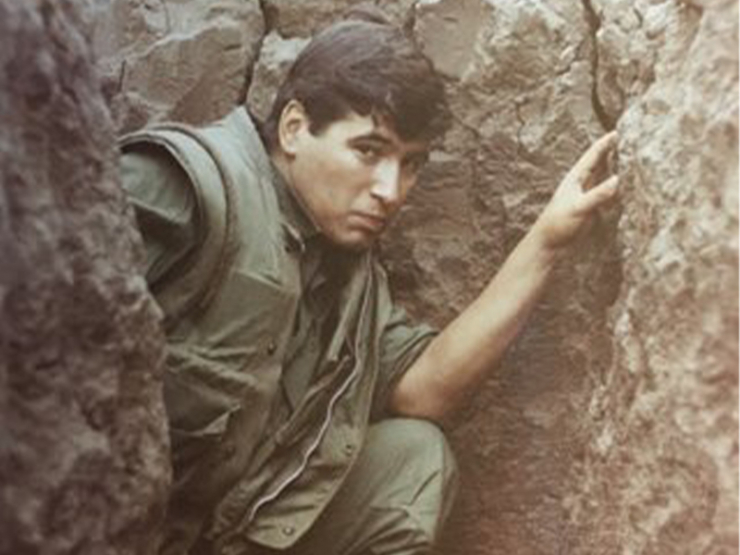 The soldiers had been in brutal combat for days before the Siege, facing thousands of enemies with thousands of weapons. “We were constantly fighting.” Rider told Chive Charities. “Ten days before then we wiped out a division of hardcore NVA who were coming to kill us.” 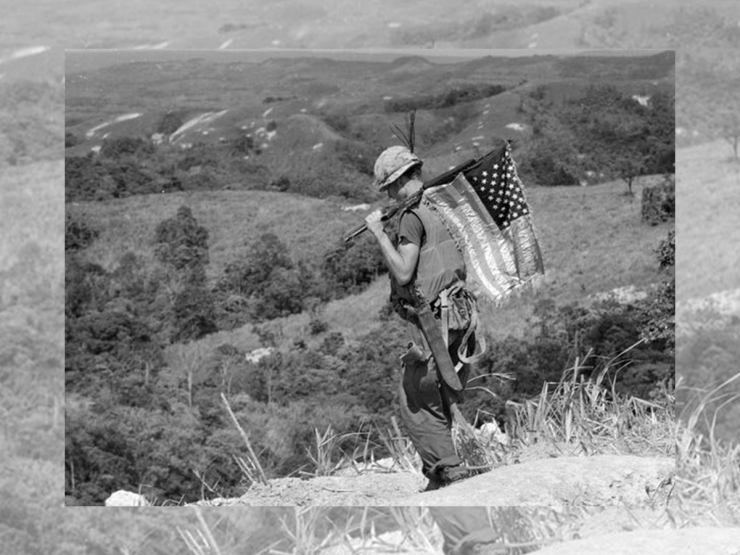 For 15 hours, Americans and North Vietnamese exchanged fire in an intense, unforgiving attack. Rider had to watch it all unfold, while his brothers-in-arms were falling all around him. As men lay dead, turning the jungly hill into a mass grave, the call finally came to evacuate the hill and head to safety at the Khe Sahn Air Base. 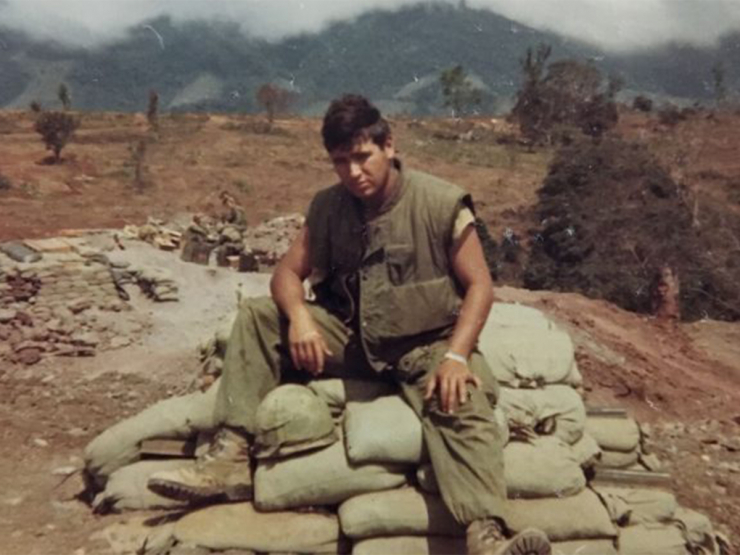 Some men were thought to be alive in those bloody hills, and Rider was quick to volunteer for the rescue mission. When faced with the choice between safety and heroism, Sgt. Rider’s convictions were clear; he would get in the CH46 Chopper and risk his life to bring his brothers back safely from enemy territory.

Those visions of safety came crashing down in an explosion of flames and screams. They were hit. 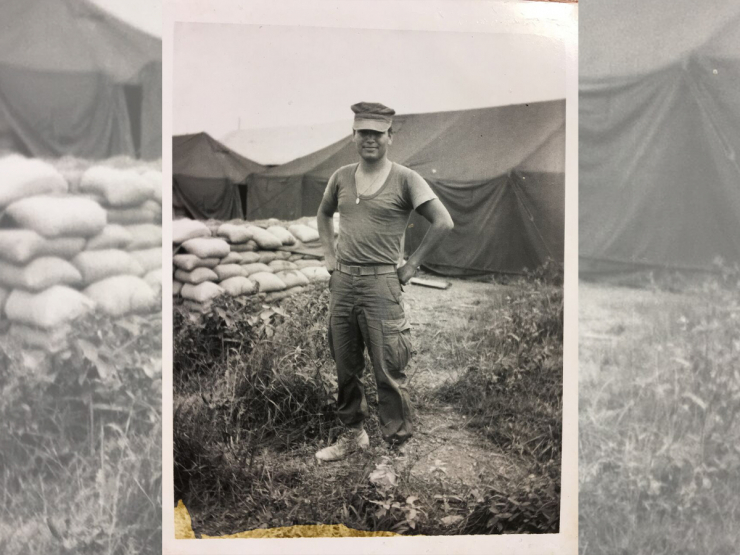 “Sometimes you get them and sometimes they get you.” Rider said calmly, recounting this waking nightmare. It’s a simple view of one of life’s most complex topics, and it’s the truth. “We had gunfights the previous days and we were in the siege for 80 days with 40,000 Vietnamese army,” Rider said. This meant 80 days of constant uncertainty. The enemy could be anywhere, at any time: “We knew they were there, and when they wanted to appear they would appear.” 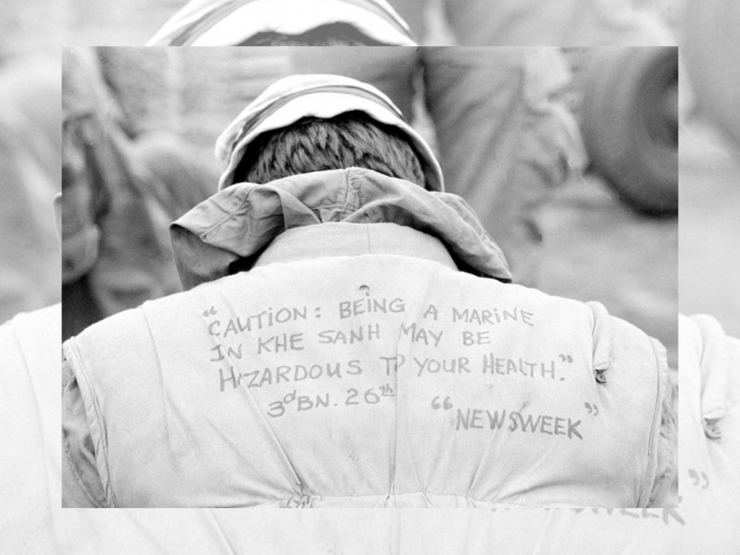 Living on the edge of death at all times affects a man. When he returned to his home of Ohio, he did his best to carry on as normal. But the unshakeable memories of watching the men he was supposed to protect as a Sergeant be injured or killed, those forever clouded his brain. He may have survived the flames and enemy fire, but a part of Rider had died in that jungle. His physical well-being was no better off. Agent Orange exposure left him with a multitude of lifelong health problems. All of these things Rider tried to repress. He kept his eyes looking forward. 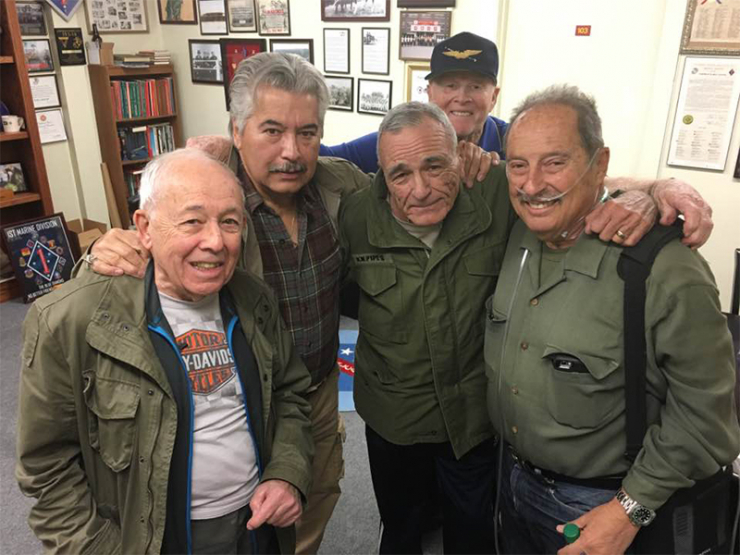 But his heart couldn’t stop looking back. Like so many veterans, he was dealing with the debilitating mental health issues that many Veterans know all too well. Rider’s subtle euphemism for that trauma is  “The Stuff.” It’s The Stuff that leads one Veteran to die by suicide every 65 minutes. It’s The Stuff that keeps these men and women imprisoned in their own minds. It’s The Stuff that Rider has vowed to destigmatize, fight, and conquer. 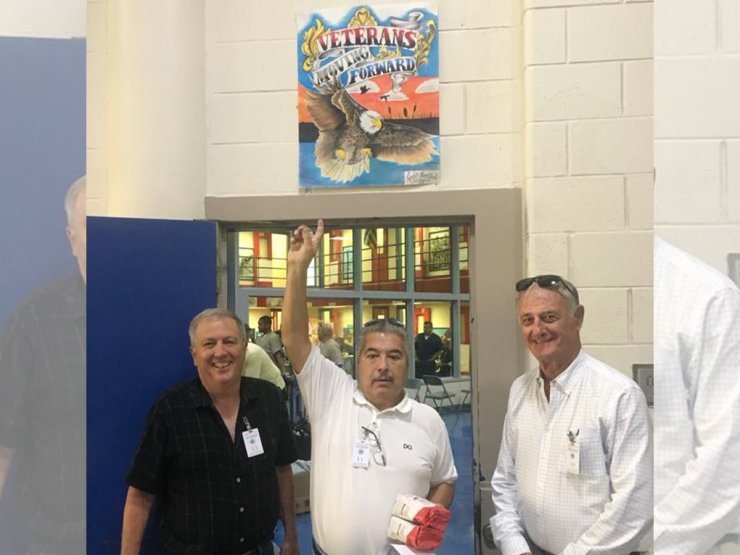 Rider first had to face his own demons, including the memory of his best friend, Bob. Bob and Rider had become friends while facing the formidable jungles of Vietnam. With every explosion, every whizzing bullet, every loss of a battle or a brother, they had the other to remind each other that everything was somehow going to be okay.

But on the day of the siege, when the helicopter came crashing down, so did any semblance of hope. In the chaos, Rider watched his friend crawl to him, badly injured. With one last labored breath, Bob called to Rider: “Help me.” But there was nothing to be done. Bob died right in front of Rider’s eyes. 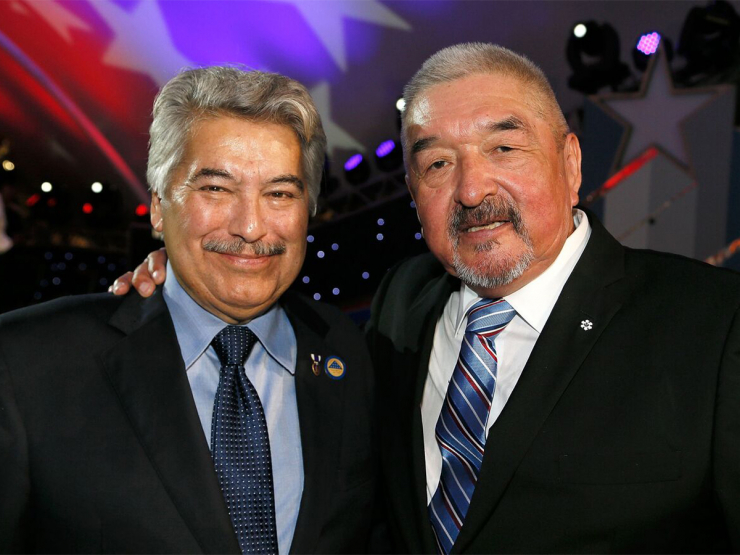 Questions haunted Rider; if Bob had survived, what great things would he have accomplished? The survivor’s guilt overtook him. In a video we’ve linked at the end of this story, Bob gives a heart-wrenching look into the memories that haunts him most. “My guys trusted me to take care of them, to keep them alive,” Rider said with tears in his eyes as memories of Bob’s cries for help no doubt flashed through his mind,  “but sometimes… Sometimes I couldn’t do it.“

After years of suppressing this trauma, Rider decided enough was enough. He made up his mind to try to live up to the potential he knows he and his fellow warriors possess. To make his fallen brothers proud. “I couldn’t live unless I tried to be part of the solution. It’s what gives me the healing power of peace,” Rider said. 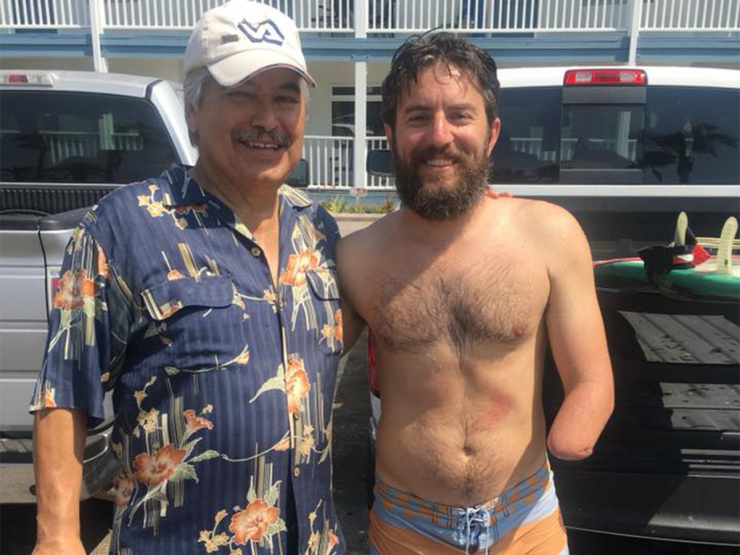 That is why Rider started American Combat Veterans of War. This organization isn’t interested in putting band-aids over the problems that Veterans face. Rather, they dive deep to tackle issues of Post Traumatic Stress, Sexual Assault on duty, and Veterans serving jail time. Rider works with politicians and the VA to plant the seeds for more compassionate legislation for the people who have more than earned it through their sacrifices for their country. 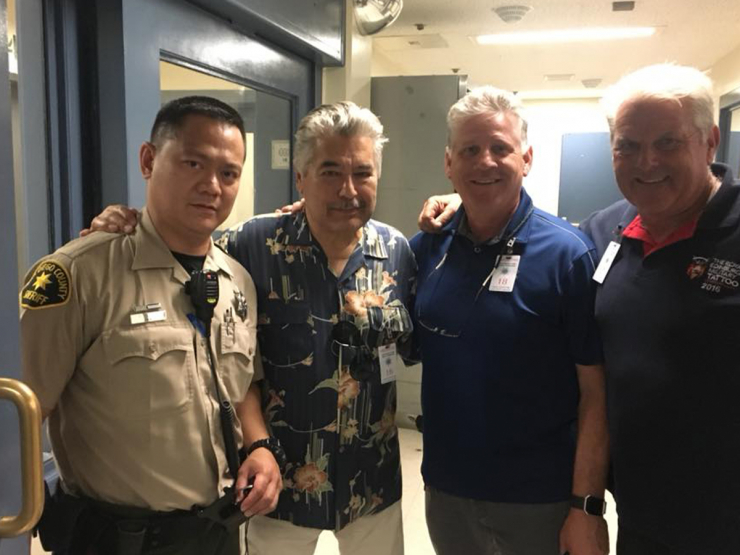 “My work is to try to be non-judgemental,” Rider says. “When referring to PTSD, “I don’t use the ‘D’ for disorder,” Rider explains.  “It’s not a weakness, it’s a human occurrence. It will happen to all human beings who undergo the trauma of war.” 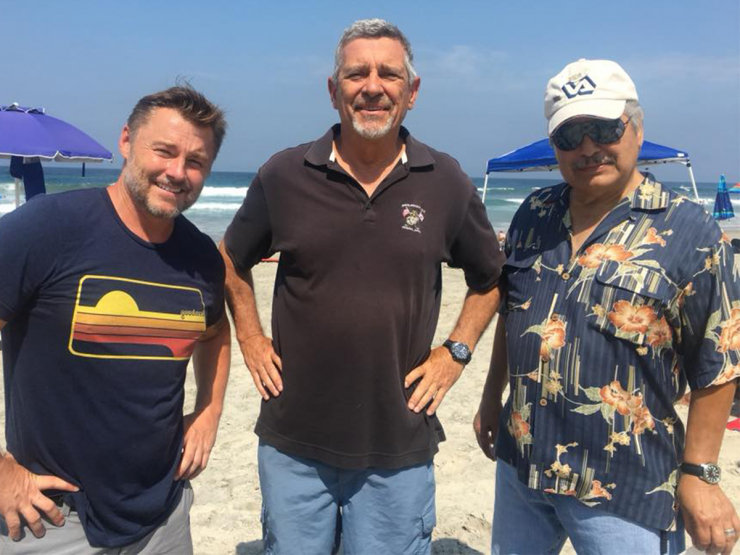 Revisiting such trauma is hard, even for Rider; it is easier to push it down to the deep, dark parts of the heart where hope goes to die. But Rider has learned that the only way to heal is to bring The Stuff to the light. “I talk to them when they want to talk about it. Combat veterans understand that I know the nuances of combat and how it affects veterans and human beings. It’s not a job, it’s a pleasure.” 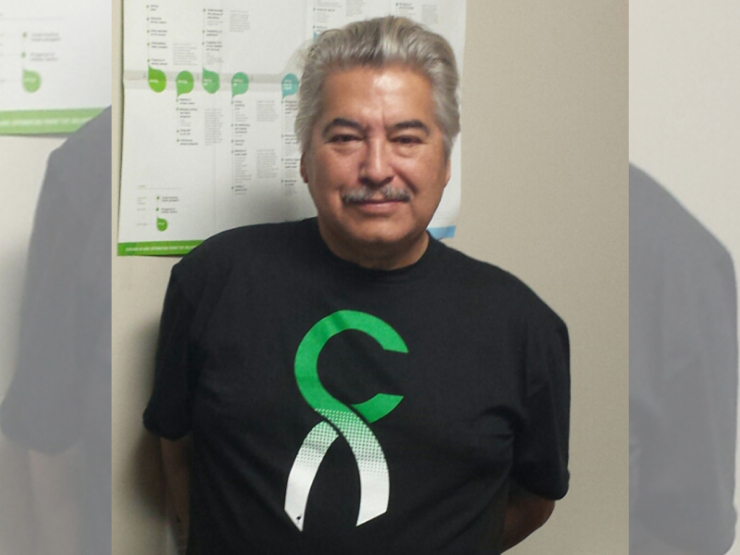 Lately, though, Rider has had a tough time doing the job he loves. His knees, back, and shoulders are disintegrating, a side-effect of the Agent Orange exposure in Vietnam. He already had a double-knee replacement, so as you can imagine, climbing in and out of a truck every day makes it painful and difficult to get around. He deserves better. 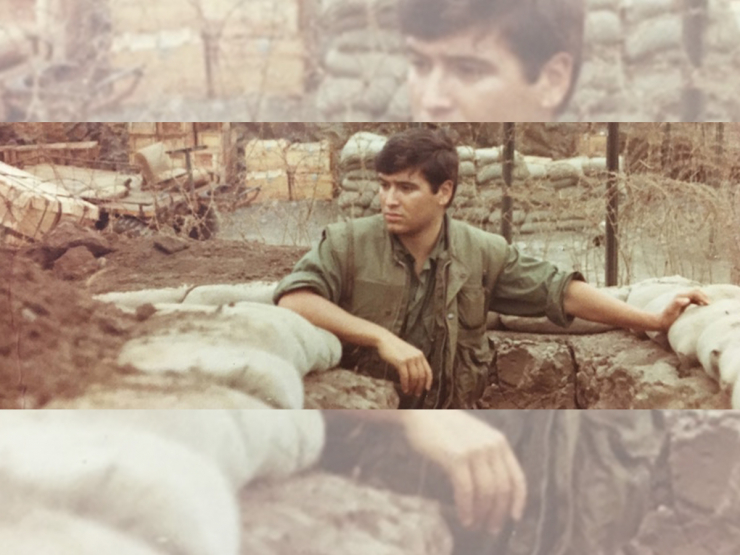 That’s why we granted Rider $2,900 for repairs, a truck liner, and running boards for his vehicle. While this grant may seem small, its impact is huge: if Rider is able to live life and do his job more effectively, he can help thousands more Veterans who need help the most. You can help a Veteran directly by becoming a monthly donor to Chive Charities HERE!

To hear Rider’s story in his own words, watch his powerful speech here: