No shortcuts to the top - A life-long lesson in grit

In Greek mythology, there’s a long-told story about Sisyphus, a king who twice cheated death only to be handed a terrible eternal punishment. For all of time, he was forced to roll a boulder up a hill without ever cresting the top. Each day was the same. Push the boulder up, up, up, straining against its weight. Then, watch the boulder near the hill’s highest point before slowly rolling back to the bottom. Repeat again, and again, and again.

Shelly understands the lesson in this story perhaps more than she ever wanted to.

The daughter of two young parents, Shelly grew up in Alabama during the 1970s and was athletic and adventurous from an early age. 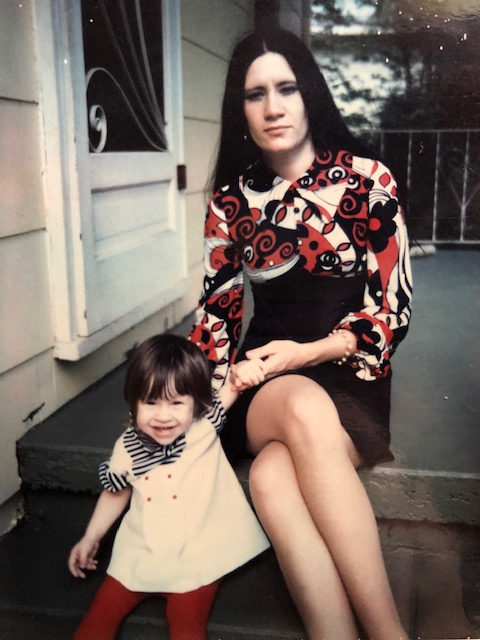 She loved superheroes and idolized them for their exceptional strength and abilities, not knowing that she would later rely on herself for these very same traits. Throughout her adolescence and teenage years, she craved to do great things with a sense of purpose, dreaming of making an impact on the big, wide world in front of her. 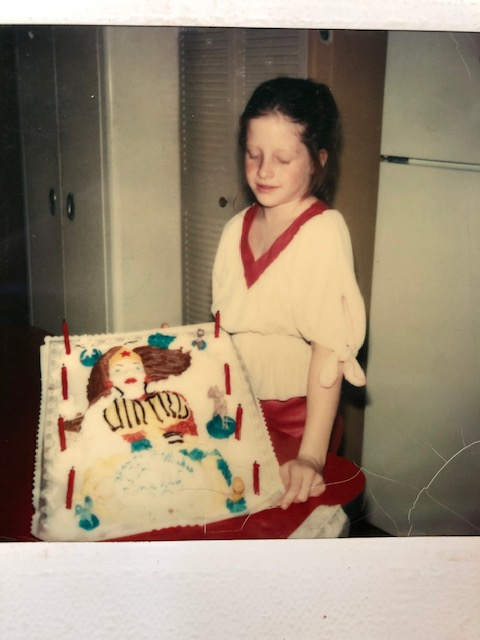 “Joining the military seemed to be the best fit. [It was] a path to help me cultivate a deeper sense of direction, focus, and a sense of duty and honor while belonging to a greater cause,” Shelly said.

After enlisting during the Gulf War, she served in the US Navy for eight years (two years active-duty and six years reserve). Shelly was stationed at a small base detachment in the dry, low desert of California, assigned to a specialized Naval Supply Group. She logged many hours in a supply warehouse, spending 12 hours a day, six days a week in the same enclosed environment. It was here that her narrative would shift and Shelly’s sense of purpose would take on new meaning. It was here where she started rolling her proverbial boulder.

Unbeknownst to her, the many hours she spent meticulously retrieving parts for shipping and receiving -- ensuring that her fellow servicemen and women could perform at the highest level -- were also slowly making her sick. 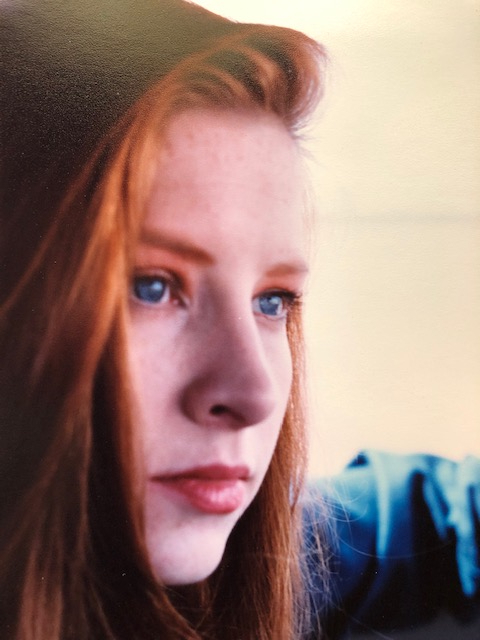 Over the next several months, Shelly repeatedly experienced excessive and atypical fatigue, nauseousness, dizziness, breathing issues, and a host of other unusual symptoms. Despite these numerous physical setbacks, and under conditions where weaker-minded people would have given up, Shelly continued to do what Shelly does. She showed up. She pushed forward. She continued rolling her boulder.

Like the superheroes she revered in her childhood, Shelly showed exceptional strength and ability. She maintained a rigorous six days a week, 12-hour schedule throughout her tenure with the Navy, all while battling chronic fatigue and respiratory challenges in the very environment that changed the trajectory of her life forever.

Though she initially pursued traditional medical options, she knew it wasn’t the best long-term plan. Later, she turned to more holistic, lesser-known treatments that led to marginal improvements in her health, but they came at a cost. These treatments were expensive and never provided complete relief from her symptoms. Eventually, she was diagnosed with Chronic Obstructive Pulmonary Disease (COPD), Chronic Fatigue Syndrome, Immune Dysfunction, Reactive Airway Disease, and more. Yet, she continued rolling her boulder.

Through these trials and tribulations, Shelly was focused on her dream of becoming the first member of her family to obtain a college degree. It didn’t matter that she was oftentimes bedridden for hours of the day, or that she would become winded and fatigued performing the simplest tasks, Shelly knew what she wanted and she was going to get it.

She was accepted into her local university, attending two classes each semester that left her exhausted and physically spent. After 14 years, Shelly graduated with her college degree - the first in her family to do so. Think about that - 14 years of heading to class each day, fighting to take a full breath and battling through increasing fatigue, all because the dream was bigger than the struggle. Remarkable strength and tenacity became her modus operandi. She continued rolling her boulder. 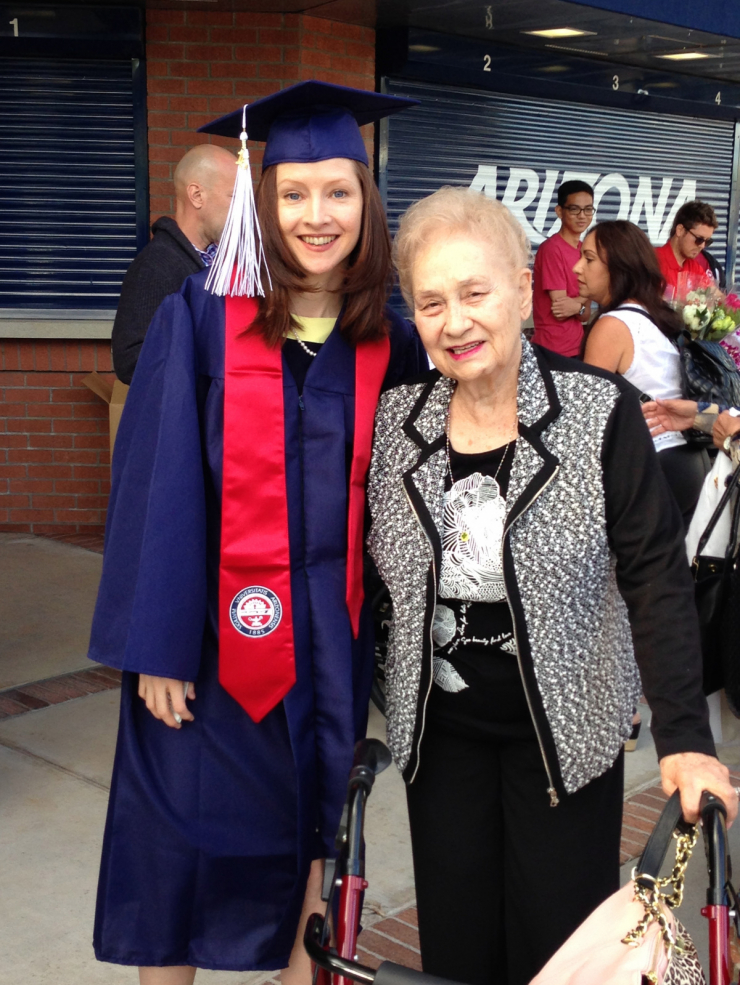 Now, with a military career behind her and a college degree in-hand, Shelly had earned the right to take a much-needed break. But that’s not Shelly. She has her sights set on a new goal, one that seems challenging for the most active of people, and one that seems nearly impossible for her. After all, tenacity and willpower can only take you so far when your body is physically keeping you down. Imagine, a once active lifestyle fraught with the demands of chronic and debilitating disease. Could you keep going? Would you? For Shelly to accomplish her lofty goals, there has to be a better way. Lucky for her, Chive Charities donors answered the call.

With your help, Shelly received a $23,760 grant for a hyperbaric chamber and Nidek Oxygen Concentrator. Hyperbaric Oxygen Therapy (HBOT) is a powerful medical therapy that produces phenomenal results for a wide range of health conditions, including those that have so greatly impacted Shelly’s life. Through this unique and generous grant item, she will have a better quality of life. Because of you, she can truly breathe easier.

Better yet, she hopes it will one day allow her to pursue her latest ambition: the famous El Tour de Tuscon, Arizona’s longest-running bicycle event, and one of the longest rides in the United States. Exceptional strength and ability. A superhero.

The consequences of COVID-19 are not lost on her, either.  Before the global pandemic hit, Shelly was able to seek treatment within her community, and her subsequent lack of access to those facilities has caused a noticeable decline in her overall health and wellbeing. This grant item will allow her to safely and effectively treat her illnesses from home, which is especially impactful given her susceptibility to COVID-19-related issues.

“While my condition is expected to become exacerbated with age, the at-home hyperbaric treatment equipment is a long-term approach to help slowly quell this chronic disease.”

Yet again, she continues rolling her boulder. 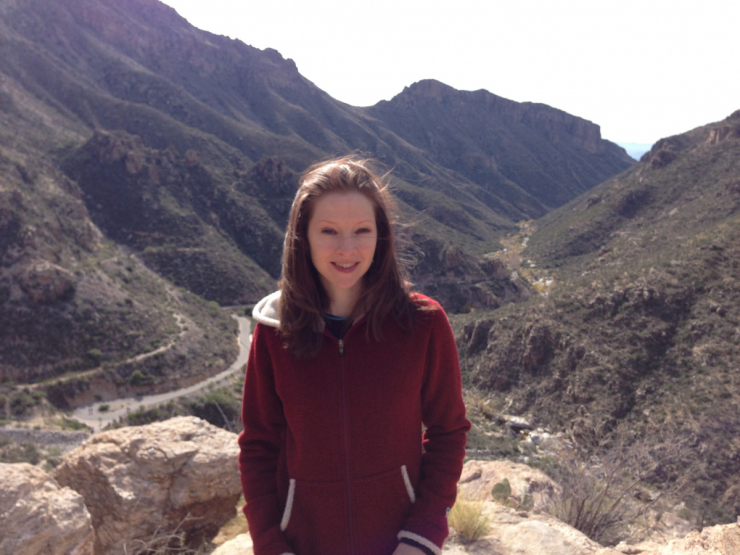 Ultimately, Shelly, like Sisyphus, has found meaning in the struggle and exudes grit and determination through every obstacle thrown at her. Despite the numerous challenges she has faced, Shelly consistently looks for small ways to keep moving forward, inching that boulder up the hill one day at a time. Our donors are a lot like that, too. One dollar here, 20 dollars there, it all makes a difference in moving us forward inch-by-inch. 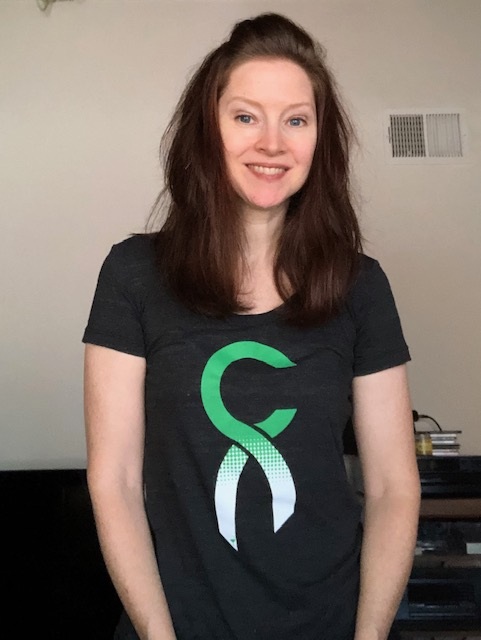 What can you do to help us move the boulder? As always, you can DONATE HERE to support future recipients like Shelly. And now, if you’re active duty or a federal employee, you can donate to Chive Charities through payroll with the Combined Federal Campaign.

There are so many ways to give and create an impact, and there’s no limit to what we can accomplish together. One day, one dollar, one inch at a time. Get started HERE.