She came, she saw, she conquered

Candice Caesar is a powerful woman with a powerful name. Like the other Caesar you’ve likely heard of, she’s come to find that experience is the teacher of all things. Her life has been full of experiences - some difficult, some unforeseen, but all inspiring. All lessons learned on the path to a full and rewarding life. 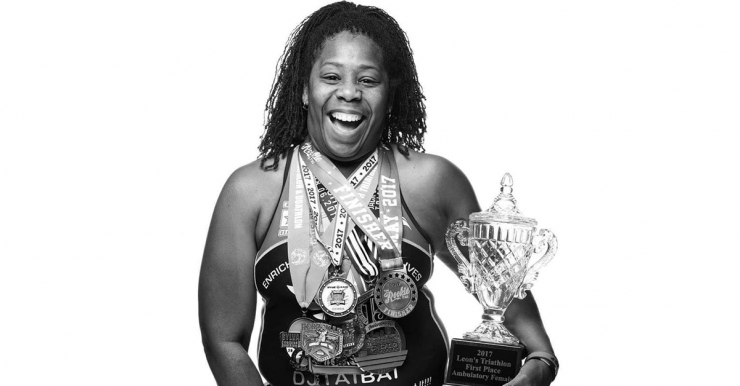 Experience taught her that she’s a total badass. 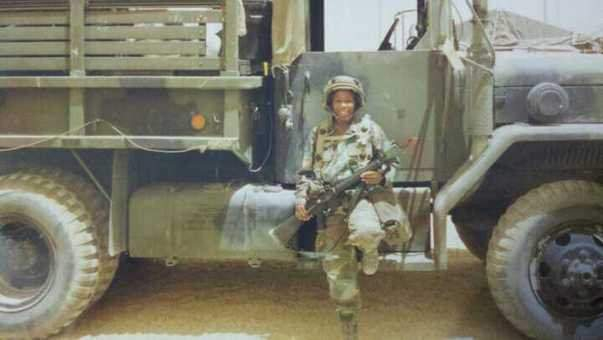 A native Texan, Candice comes from a long line of veterans, including her grandfather who fought in World War II, and her father who served in Vietnam. “I have always been a giver,” she told us. “And I thought, ‘What better way to give, but through service to my country.’” 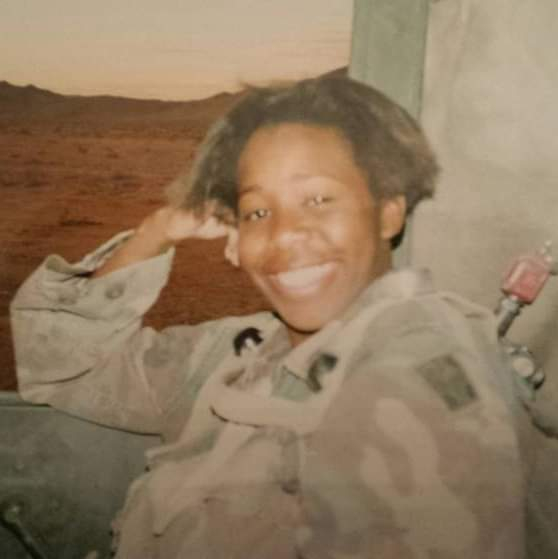 She devoted five years of her life to the armed forces before a sudden and tragic accident on December 5, 1999 changed everything. The details surrounding the incident are hard to recall, but Candice was told that she was riding in a vehicle that crashed and left her severely wounded. She sustained a traumatic brain injury (TBI) and spinal cord injury at C6-C7, L5 and S1 incomplete which left her traumatized and paralyzed.

“The day of the accident, it was like I died and was given a new life - a life I didn’t want,” she said. “It was a life I begged God to replace with my old one. I was initially ungrateful for being spared. I could not walk, talk, or control my own body. And although I couldn’t see the blessing until later, it was there.”

Doctors initially told Candice that she would likely never walk again. But this amazing survivor has a strength like no other. She was convinced that she wouldn’t just walk again - she would be able to walk a marathon. 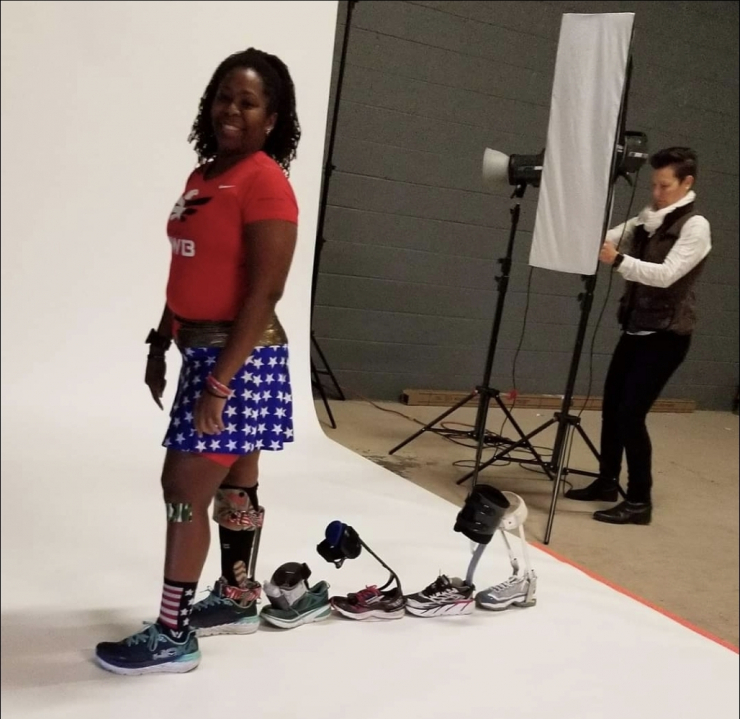 For years, Candice pleaded with medical professionals for equipment she knew was necessary to achieve her goals. Many told her it was futile and she wouldn’t be able to do it. They weren’t aware of the force they were reckoning with.

With the help of some ingenious devices and an unstoppable attitude, Candice didn’t just walk again. She didn’t even walk the one marathon she set her sights on back in the beginning of her journey. She gutted her way through 17 marathons in 7 states, including the Boston Marathon in four consecutive years, and has finished 84 half marathons in 46 states. Later, she would push the limits even further and compete in open-water triathlons. Like we said, she’s unstoppable. 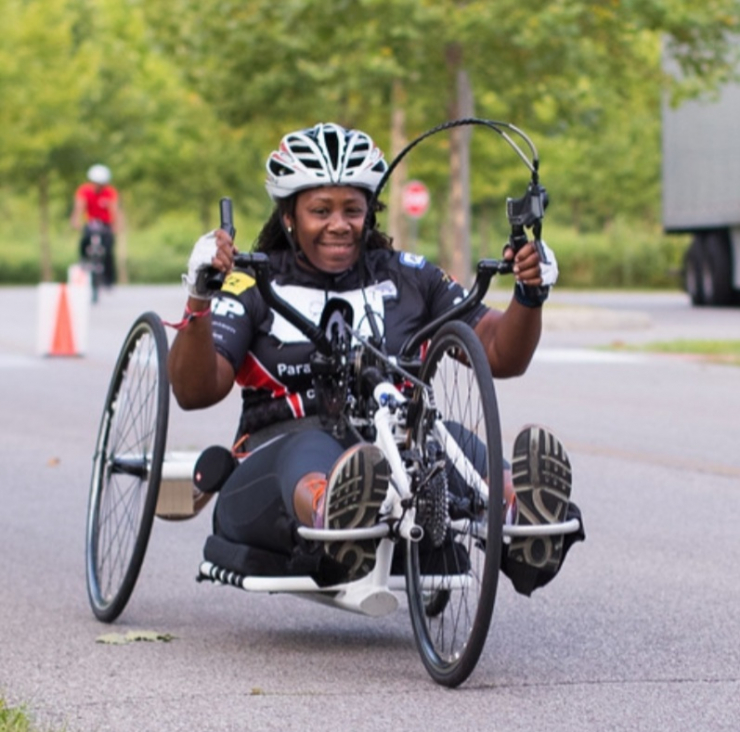 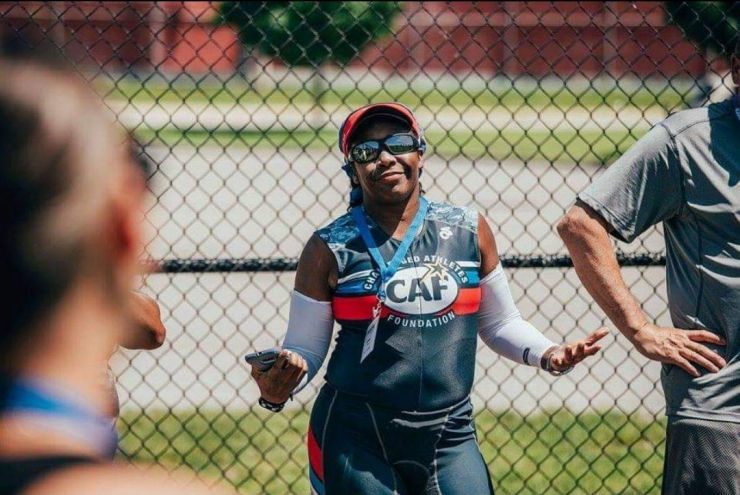 But sometimes, life has a way of pulling you back a bit.

This past March 2020, Candice once again turned to running to keep herself active during the pandemic and to maintain her peak physical condition on the path to her goal. While out on a training run, Candice experienced a foot drop that caused her to trip and fall, reinjuring her body in a way that prevents her from bearing weight on her legs, standing, or running.

All of those doubts she felt in the days and weeks after her first accident rushed back to the surface. And just like before, she took stock of them, rolled them around in her mind, and decided they wouldn't define her.

If not running...why not archery? 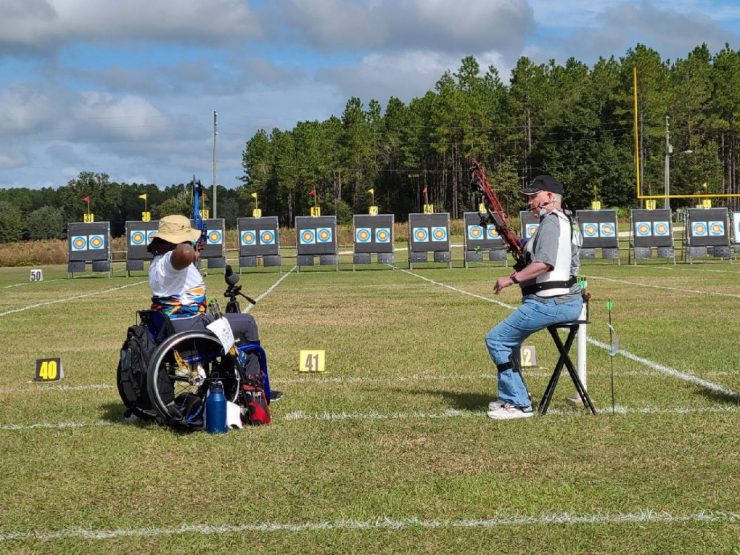 “I was introduced to archery through the Paralyzed Veterans of America organization,” Candice explained. “And I fell in love.”

Candice began training and later started competing in amateur archery. She even spoke with the inspirational Paralympian archer Lisa “Lia” Coryell who encouraged her to experiment with other distances and to shoot with both compound and recurve bows.

When we asked for help understanding the difference in the two, Candice laughed and said, “Well, it’s like going from Rambo (compound) to Robinhood (recurve).” Afterward, we all agreed - Candice is a little of Rambo and a little of Robinhood herself.

As with most everything else in her life, Candice completely dominated archery. She’s gotten so good so fast, she recently became internationally classified and is officially in training for the U.S. Paralympic team.

(Speaking of Paralympic hopefuls, Candice met our Chive Charities recipient and veteran Matthew G. at the Center for the Intrepid. He’s competing in the time trials for the U.S. Paralympic Cycling Team in April, and both of them could be representing the United States in the 2020 Tokyo Paralympic Games this summer. How’s that for inspirational?)

Back to the help she needs, though...Candice shoots outdoors. Currently, she relies on assistance to retrieve her arrows, which has greatly reduced her ability to train. She’s not asking for a lot, though she’d have every right to ask for the moon. Instead, Candice asked for new tires, spoke, and axel for her Firefly adaptive equipment that would enable her to retrieve arrows and train independently for a total impact of $1,007. 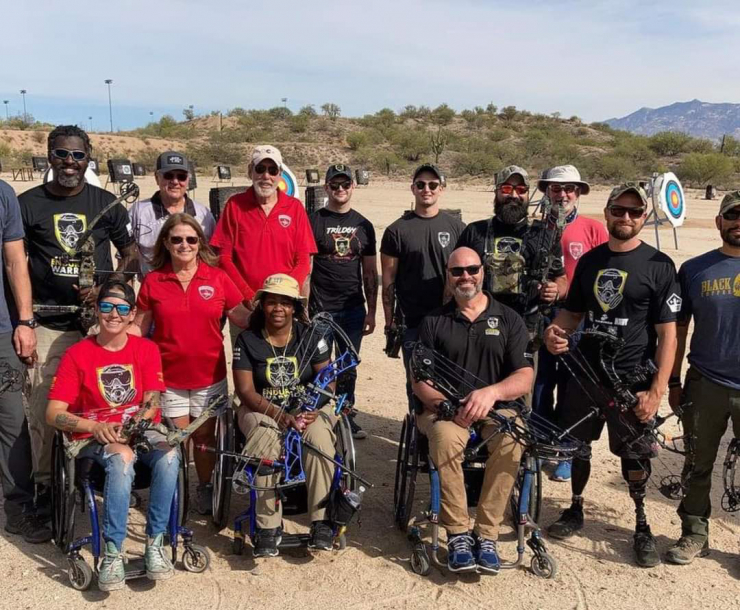 “This grant from Chive Charities has provided me with the necessary equipment to reach my goal of competing in the Paralympics,” she said. “As a person with a disability, I love the physical mobility it provides, and I’ll be able to maneuver through rocks, dirt, and the field with ease. Without the help of the many Chive Charities donors, this dream would not be possible.”

Knowing all that we know now about Candice, it seems fitting that she found archery. There are a lot of similarities between the sport and her journey. Arrows can only be shot forward after they’re pulled back. Her life has been like that, too.

Time and time again, Candice has faced overwhelming adversity that pulled her back and reset her position. Yet time and time again, she’s launched herself forward with a determination and drive that can only be described as remarkable. From Rambo to Robinhood. 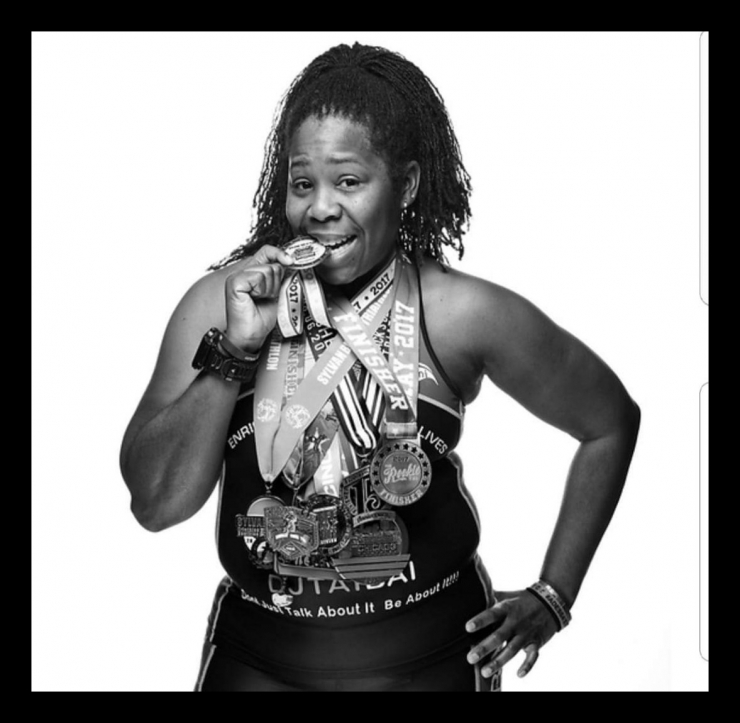 Candice is a force - a complete and total badass. Like the other 420+ recipients Chive Charities has supported since 2012, we’re grateful to meet another inspirational person who defies the odds and says, “Don’t tell me what I can’t do; Let me show you what I can.” And with a community of donors at our side, we get to say, “We’ll be right behind you cheering you on, every step of the way.”

Chive Charities is ready to launch forward toward our target of making the world 10% happier. Are you coming with us? DONATE HERE.