Sixteen years before, Pearl was a completely healthy 8-year-old girl racing her little sister around the backyard on a balmy summer day when she fell down. Her left foot took the worst of it, but over the next several days the swelling quickly graduated up her leg. Tylenol wasn’t helping. The doctors said give it time. Time was exactly what Pearl got. From that day forward it would take 18 years for Pearl to get a correct diagnosis.

The doctors were mystified at first. Some thought Pearls pain was psychosomatic, a cry for attention. Her parents even bought into it. Pearl told me over the phone, “What 8-year-old could hatch such at elaborate ruse and then stick with it for the next 18 years?”

Others thought it was a neurological disorder. But you eventually want to throw a name at something so they did, Reflex Sympathetic Dystrophy Syndrome, now known as CRPS. What Pearl actually had was a disorder called Charcot-Marie-Tooth, CMT. There is no known cure.

Pearl’s strain of CMT is one of the more aggressive. The disease affects both motor and sensory nerves, atrophying muscles in her legs therefore compromising motor skills and coordination. If there were drugs that could delay the muscular atrophy, Pearl wasn't getting any of them. In fact, she was unknowingly taking drugs that accelerated the process.

Pearl also has bi-polar disorder. She joked, “It’s strange, people think you can’t have mental health and physical health issues. Many people can’t digest the idea, like, ‘you can’t be blind and depressed!’ Sadly, I explain to people that even though I have CMT, I’m also still human.

One of the many medications she was prescribed for CPRS were mood stabilizers, a common side effect of which can be shaking and nervousness. So when Pearl noticed she could no longer hold a Coke can, everybody assumed it was a common side effect. What the doctors didn’t know, because she had been misdiagnosed, was that the cocktail of bi-polar drugs she was taking was causing nerve death, hastening the effects of the neurological disorder.

“If we would have known what we were looking at further down the line we could have sustained my muscle ability. But I was passing these points over the years, should I call them points? What’s the opposite of a milestone? Anyway, whatever they were I passed them and it cost me physically and mentally, and personally."

This is where things go from bad to worse.

By the age of 20, Pearl's legs had almost completely failed her. Pearl was confined to a wheelchair, although she could stand with the aid of crutches.

“At this point in my life, I had no support, I was more or less estranged from my parents. I was basically an orphan. I moved to Tampa and was working at a Montessori school, I was the “voicer,” specializing in the deaf and hard of hearing children or helping hearing children with deaf parents. I found sign language to be beautiful and comforting. Even better, I loved connecting with the children and helping them, in turn, connect with their parents. Something I had been unable to do.”

Then one day, Pearl was interpreting for a class at a special ski outing. There were a group of ski instructors teaching the kids to use adapted skis, the language they were using was highly technical and nuanced, which was fine with Pearl, "I was always fast with my hands, but suddenly I found myself not being able to keep up with what was being said. I knew in that exact moment the CMT had reached my arms and hands."

With the certain loss of her hearing ahead of her, her hands would be the only means of communicating with the world. She must not lose this ability.

But the reality of the situation has begun to set in. As time goes by, she will lose hearing function, then slowly her ability to use sign language efficiently, “I’ve started teaching myself to read lips. I’ll always have the ability to talk more or less, but I have to keep trying. What choice do I have? Communication is freedom.”

You’ll read in the photos below that Chive Charities has purchased Pearl a brand new ADA van with an automatic ramp, we even got her a brand new wheelchair. And that was supposed to be that. We were to publish a short recap post about the van and the wheelchair last Thursday and that would be that. Prior to publishing the story I held off, I had missed something. Where is Pearl living now? How does she make money? Can we do more to help her? I couldn’t close the book on this one… 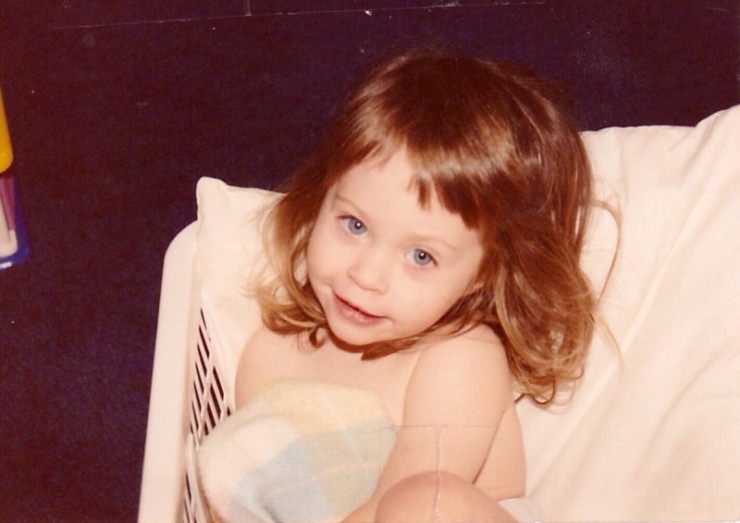 Pearl showed no signs of CMT growing up. 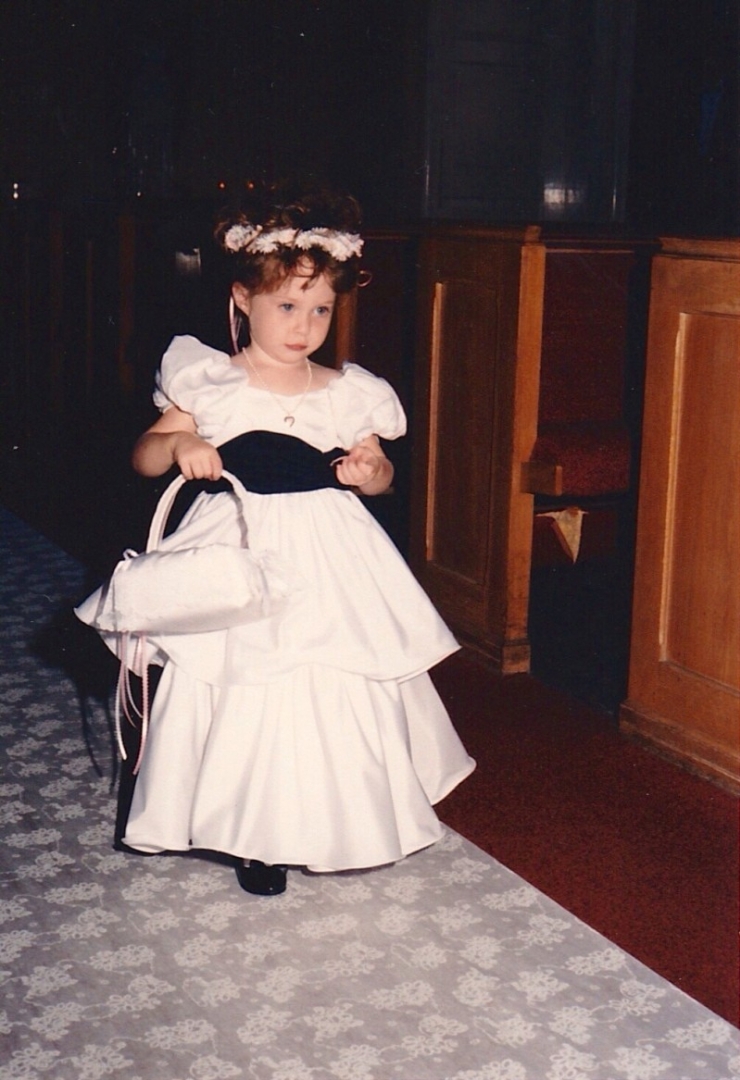 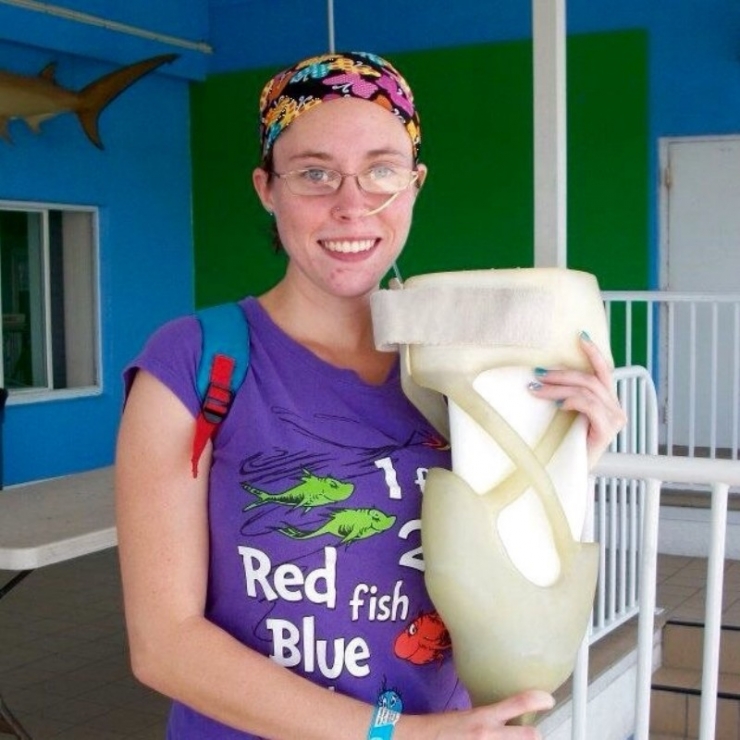 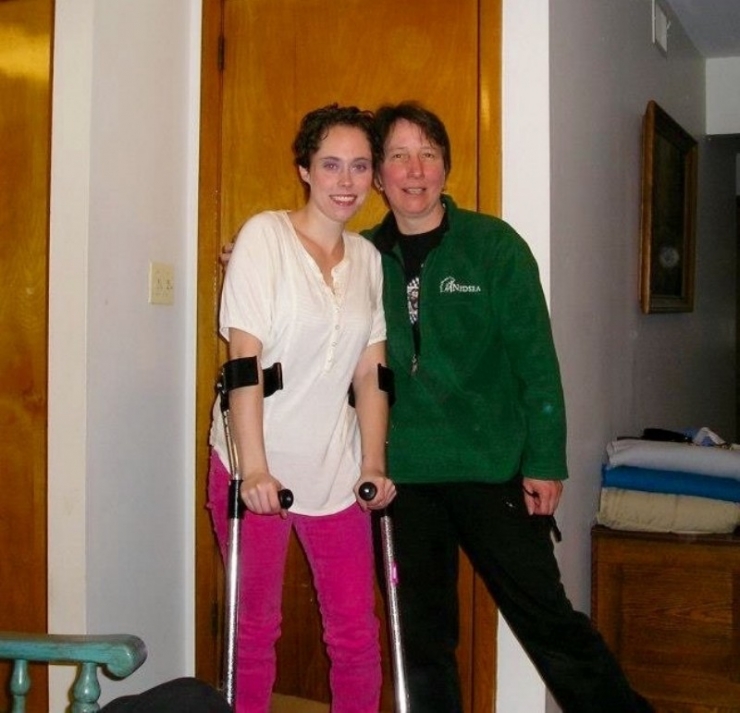 Pearl is now back in Chicago living with her old basketball coach, Kathy (pictured above). 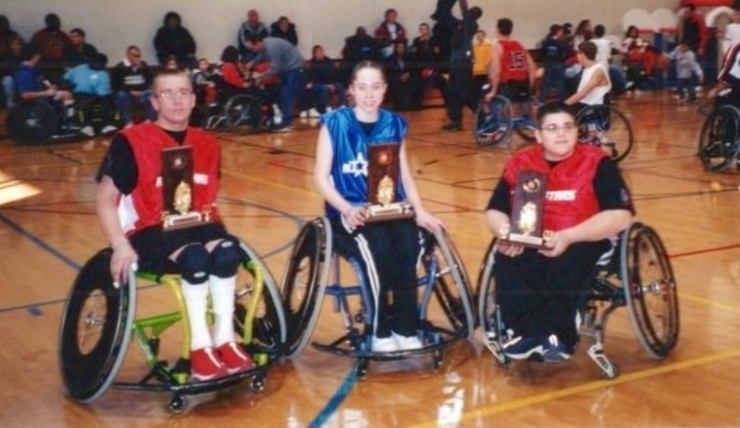 To maintain her muscle strength, Pearl joined a wheelchair basketball club in Chicago. Read more on this important piece of her life below… 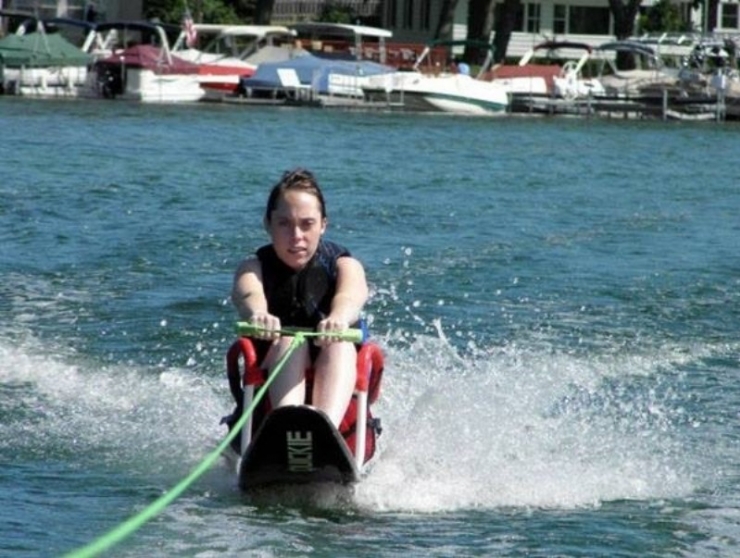 Remaining active is the key to maintaining her muscle strength. To call her active is, obviously, a bit of an understatement. 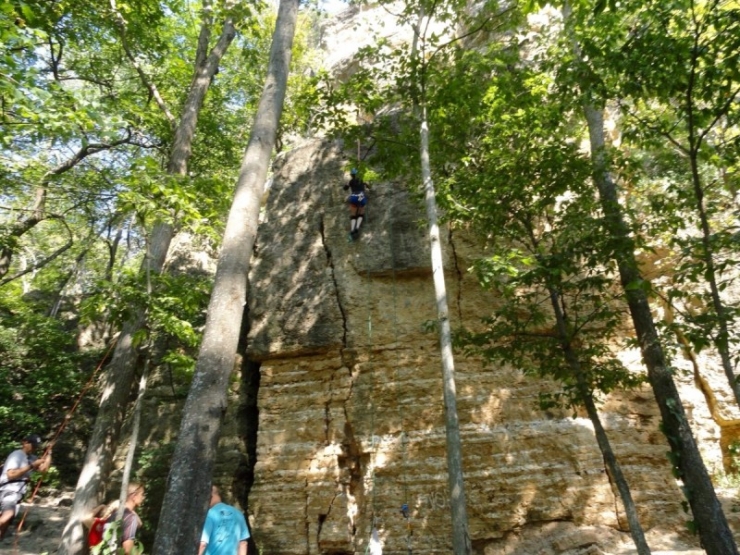 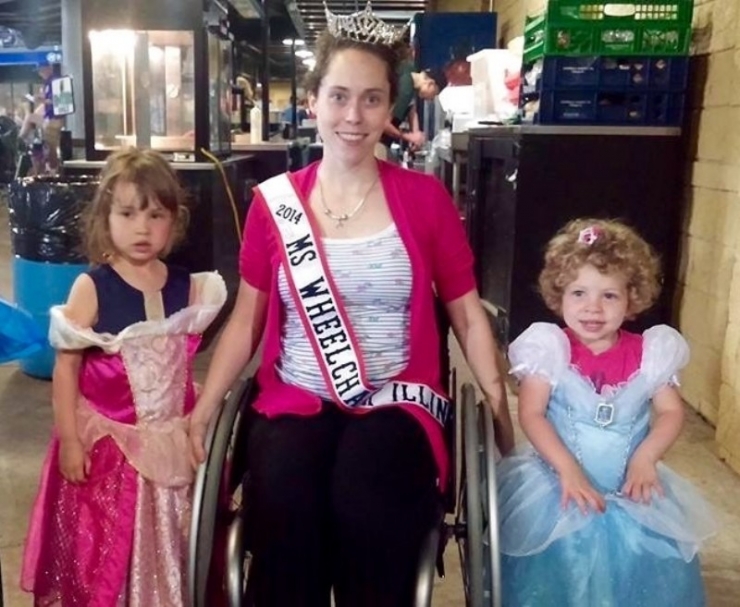 Pearl was crowned Miss Wheelchair Illinois 2014, and for the last year she has been advocating on behalf of people with disabilities. One pillar of her platform is to end the stigma that living with a disability prohibits you from also struggling with mental health. She also strives to educate children to overcome stereotypes of people living with disabilities. 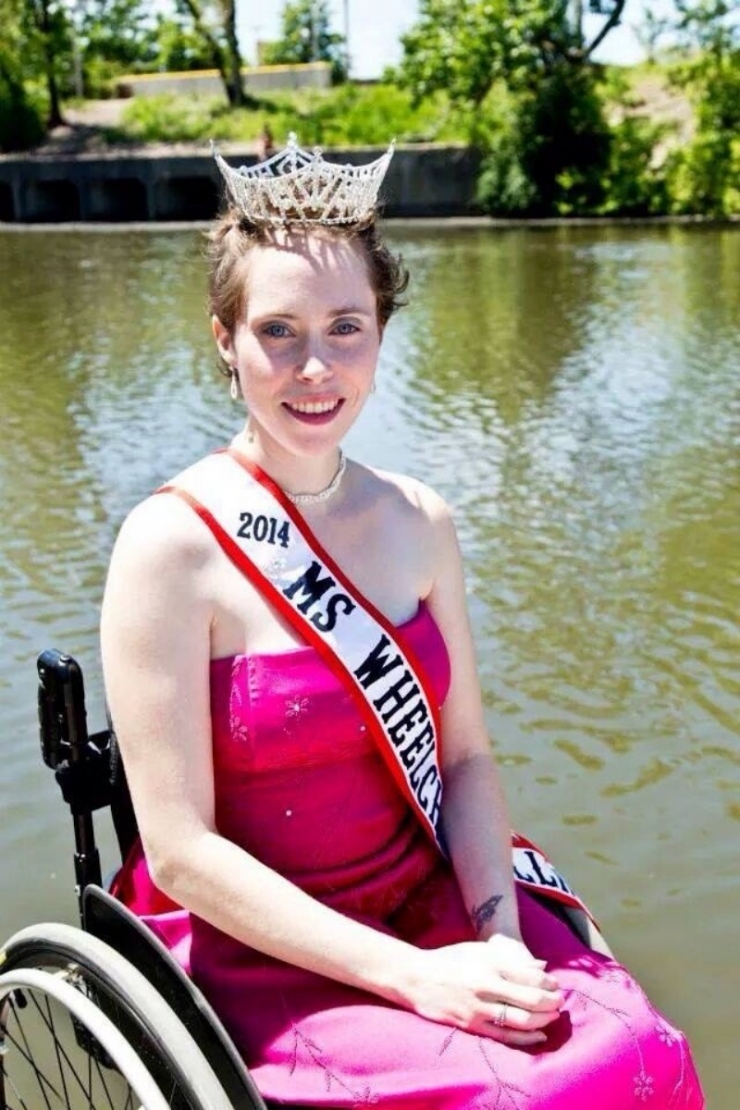 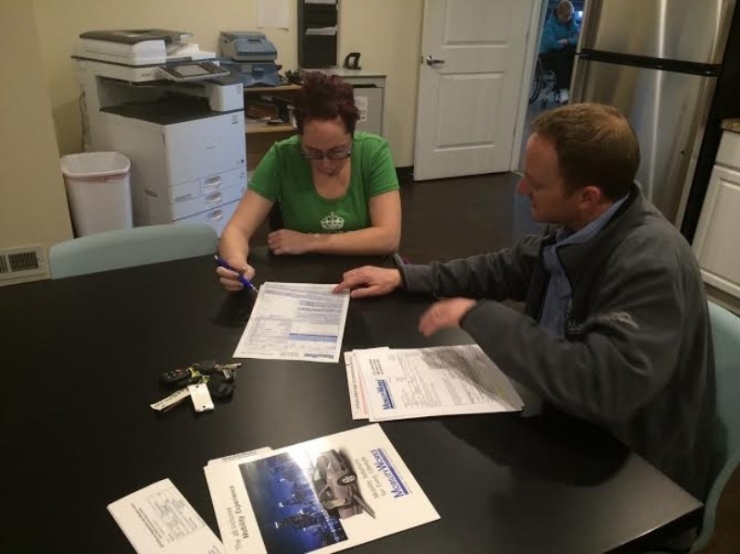 When we talked to Pearl a couple weeks ago she was excited to pick up her new therapy dog, Scarlett.

We told her that, before she does, go to Mobility Works in Chicago because we needed her to sign for something…. 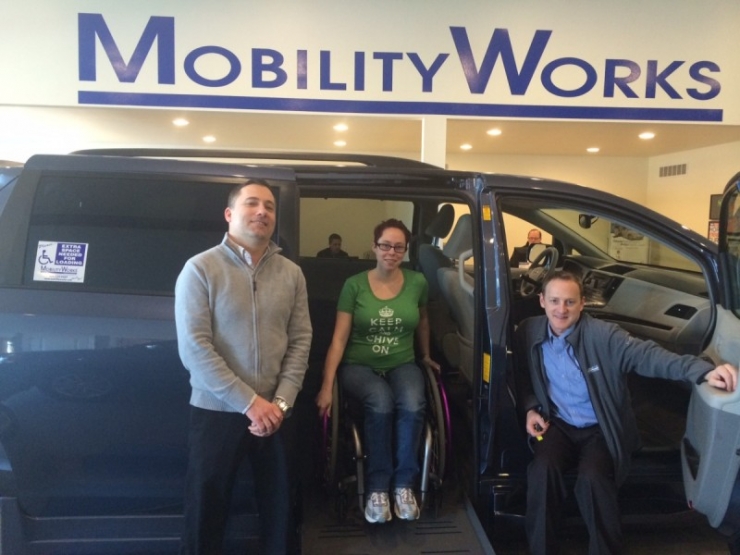 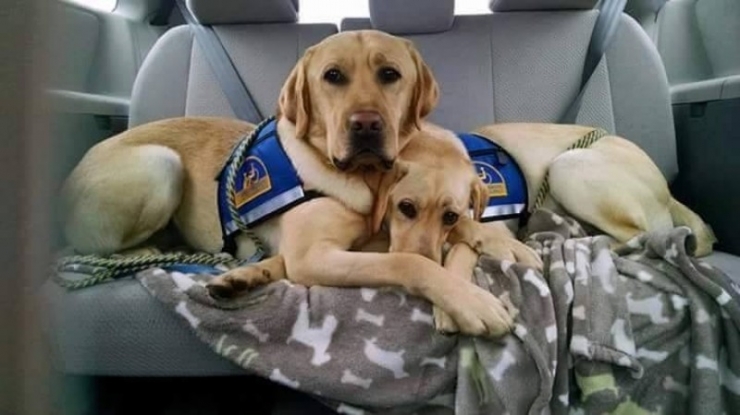 The first thing she did was pick up her new therapy dog, Scarlett! 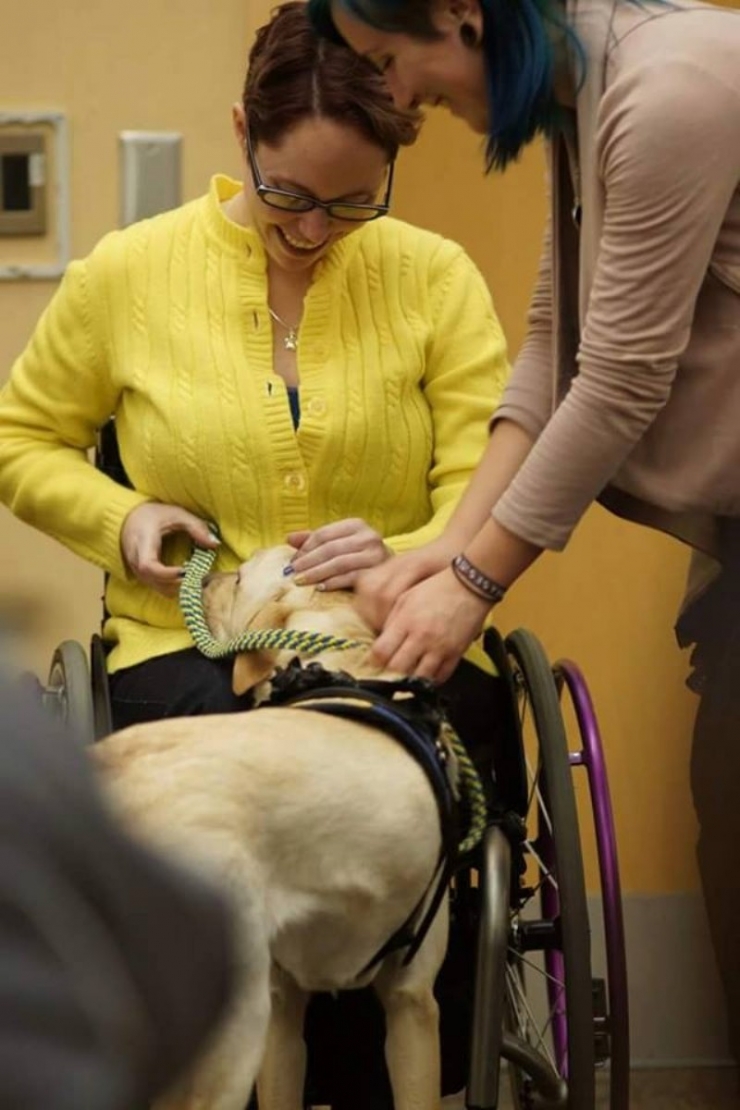 Kathy took a shine to Pearl, “I had been living with my grandma in Chicago and going up 3 flights of stairs to my bedroom. It wasn’t feasible, you can’t imagine how exhausting it was. When Kathy heard about my situation, she told me she had an extra bedroom. She actually invited me to live with her, it was the kindest random act of kindness I’ve ever received.”

Kathy has MS and is often wheelchair-bound herself. “Kathy needs a knee replacement, she loses her balance, sometimes she falls, I’ve seen it happen, it’s scary stuff. We live in a one-story house but the front door is not handicap accessible, there are eight steps to the top. For us, that’s eight dangerous steps. This winter… we’ve had some falls. More than anything we need a wheelchair lift to get in. If I could have one more thing, that would be it.”

So there it is, we have our marching orders.

There are strict parameters around 501c3’s (non-profits), you must clearly define a narrow strata of the type of person you wish to help. Here at Chive Charities, we help the rarest of the rare, the orphaned causes of the world. Ever wonder why we say we want to make the world 10% happier? There’s actually a story behind this.

On average less than 3% of the American population has heard of the disorders and diseases we help. But after we strap their message to theCHIVE’s solid rocket booster, that awareness % increases.

With Pearl, not only have we found an orphan cause, but also in a way, an orphan herself. She is the rarest of the rare of recipients we touch here at theCHIVE. With this story today, and your ability to share it, suddenly the 3% becomes 10%. Beautiful, because we’re only trying to make the world 10% happier after all.

As I launch this story, Pearl is at the doctor once again. She has multiple infections and the fatigue that accompanies those illnesses is often overwhelming. But she will return from that doctor’s appointment today, get herself up those 8 steps, open her computer, and smile.

We’ve started a GoFundMe page for Pearl. The goal is $10,000 to construct a wheelchair accessible lift for her and Kathy to freely get in and out of their home. I’ll update the page frequently today. For all the real Chivers out there, I have no doubt you’ll take this one home. 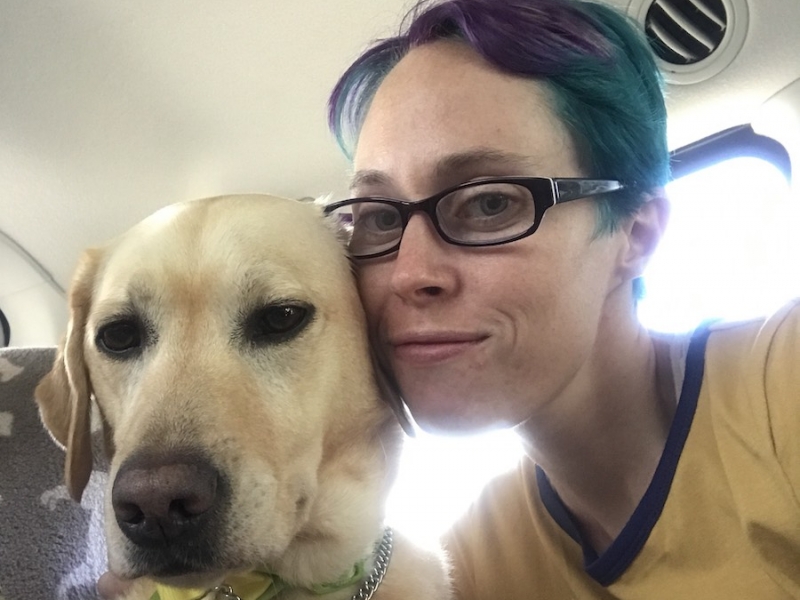 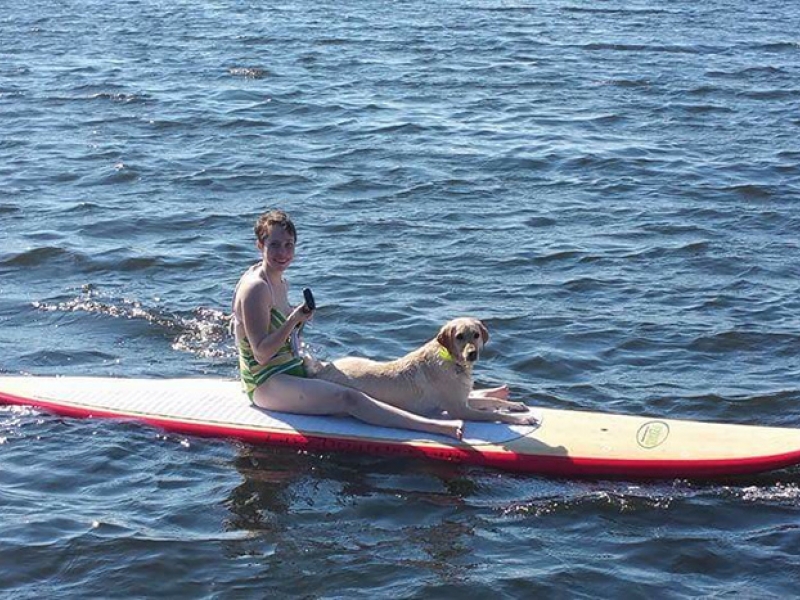 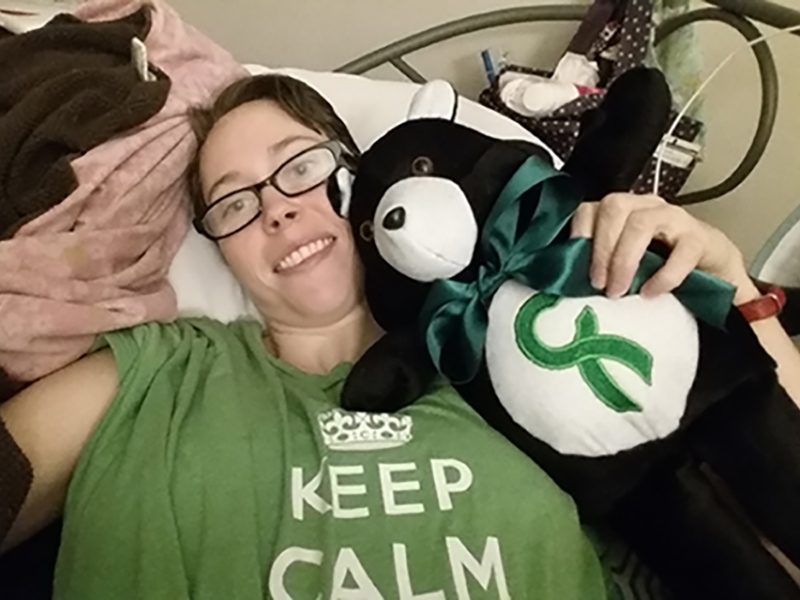