More often than not, when we hear the diagnoses of our Chive Charities rare medical recipients, we’re completely stunned. Oftentimes, we’re introduced to families with a child or parent who is 1-of-100 with their known condition in the world. Sometimes, they’re 1-of-4. And sometimes, their disease is so rare, it hasn’t even been discovered or named, yet.

When that happens, the family’s challenges are especially unique. Think of it this way: If you’re the parent of a child with a rare disease, the first thing you do is look for resources or materials to learn more about the condition and how you can help treat it. So, for instance, if your child is diagnosed with Spinal Muscular Atrophy (SMA), you would likely speak to a doctor familiar with the disease and then get connected to a regional or national group that could provide additional information or support.

But what happens if you don’t have a confirmed diagnosis? What if all you have are a list of symptoms with no name attached, no organization to contact for help?

That’s what it’s been like for Annabella and her family. 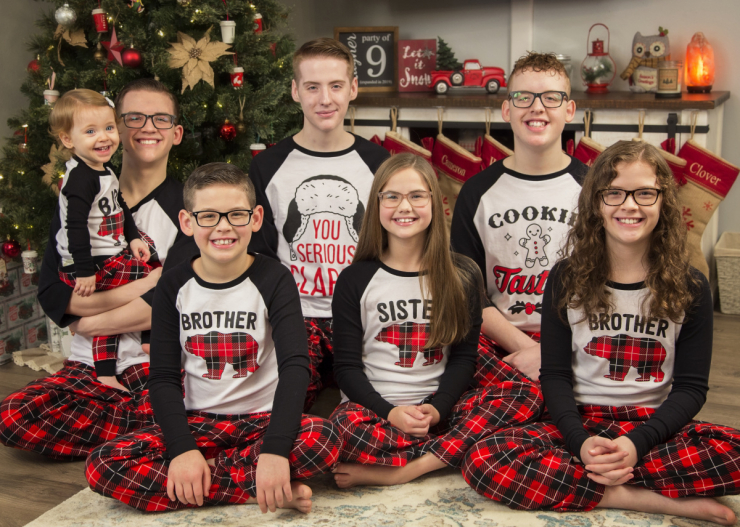 Now 11 years old, Annabella first started exhibiting some odd symptoms when she was five. She was the fifth of seven children and the first girl after four consecutive boys, and she actually kicked all of their collective butts in her development up to that point. 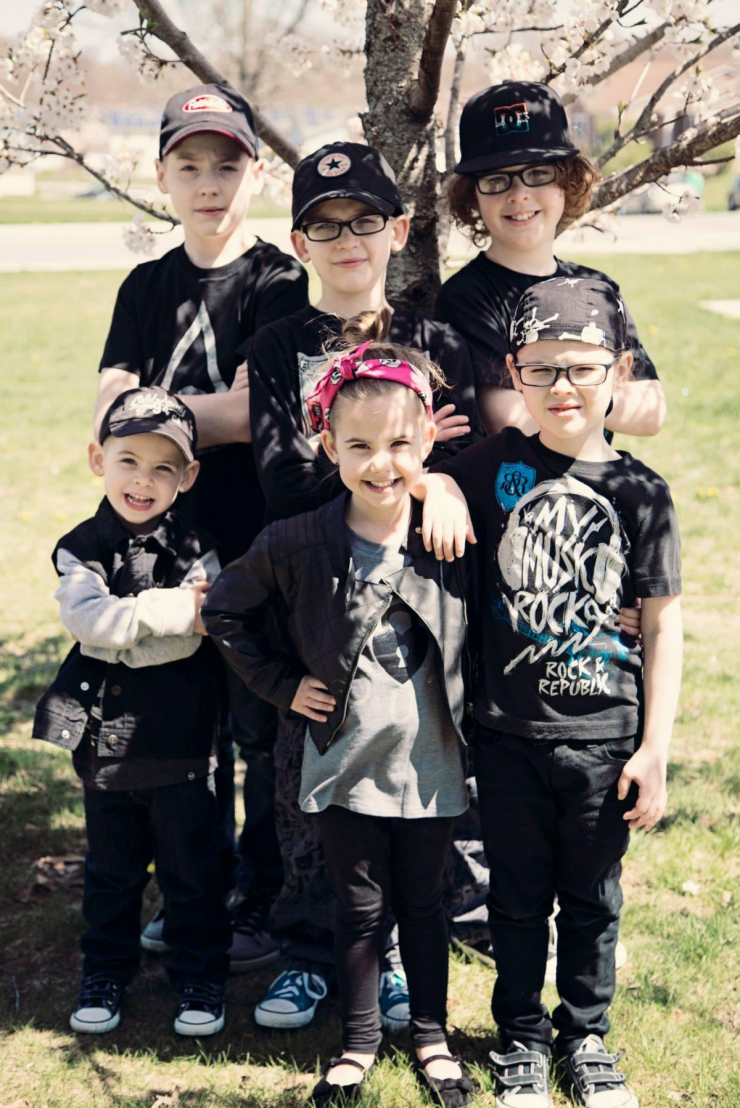 “She was way ahead of where they were at similar ages,” said Annabella’s mom, Sarah. “But one day, she started tripping a lot and began to look pigeon-toed. Then, not long after that, we noticed she had a foot drop, too.” 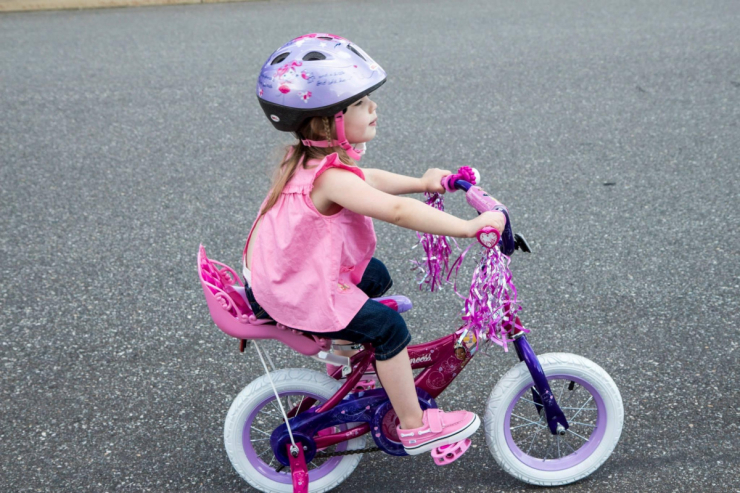 The family brought it up to their pediatrician who did some X-rays on her hips, but everything came back normal. It was chalked up to clumsiness and behavior that she would likely outgrow.

Still, something seemed off and Annabella and her parents felt a growing sense of unease.

Over the next several years, Annabella’s walking got dramatically worse and then her speech quality began to decline, too. Between 2016 and 2018, she went from being able to very clumsily run to being unable to walk across the room without falling. 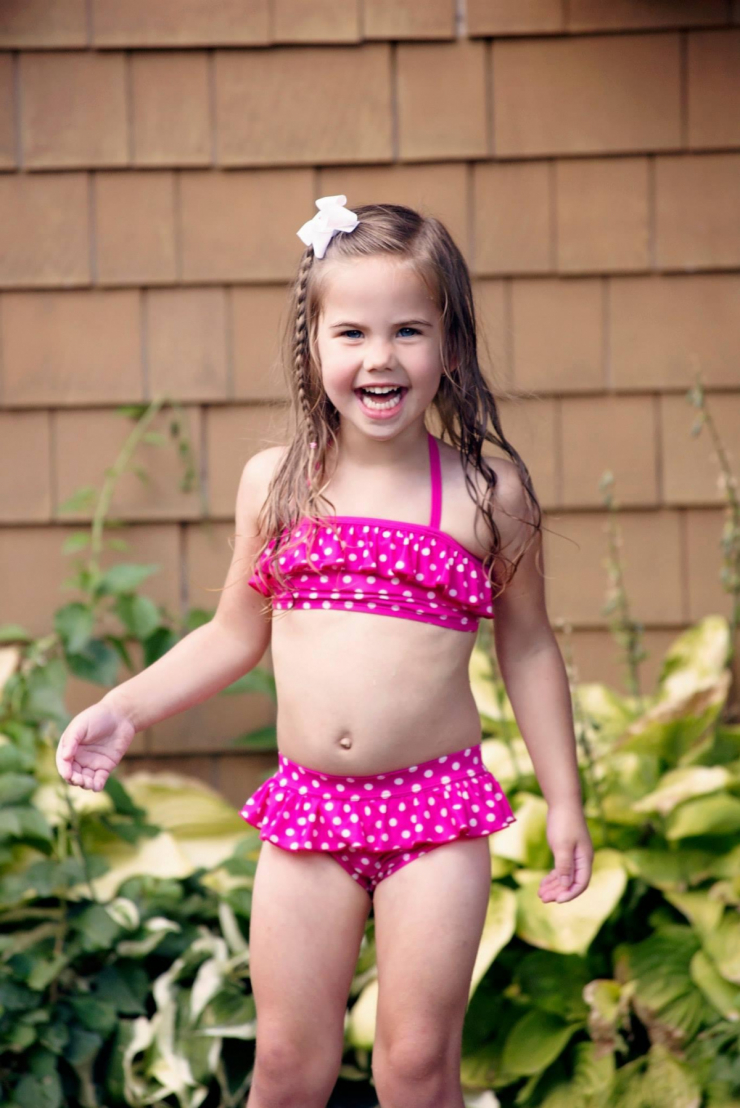 “That was about the time her pediatrician agreed that she needed to see some specialists,” Sarah told us.

Unfortunately, that wasn’t as easy as it sounds. Annabella’s dad, Tony, was active duty in the U.S. Navy, so keeping the same pediatrician for extended periods of time wasn’t exactly feasible. It was really hard for the family to get anyone to pay attention when they felt like they had to start the whole process over every time they moved.

While all of this is going on - and remember, Sarah and Tony have six other kids to raise while searching for answers for Annabella - she’s still displaying increasingly abnormal development. 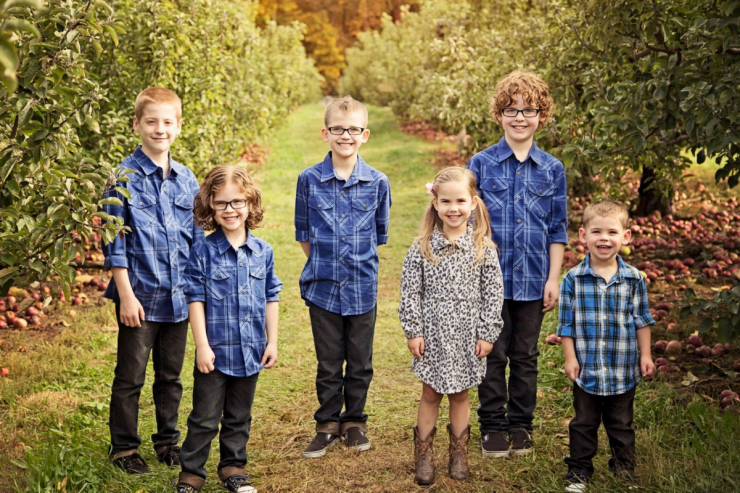 “At this point, Annabella had a new tremor in her hands, which made eating and drinking more challenging. She is unable to walk at all without the assistance of a device or another person. Any distance beyond the walls of our home requires the use of a power wheelchair because she gets fatigued so quickly, and she’s becoming harder and harder to understand when she speaks,” Sarah said.

It was beyond frustrating, every parent’s worst nightmare realized.

Despite that, Sarah and Tony tried to get connected with other groups to provide support and encouragement, but never felt like they fully fit in because their daughter hadn’t been officially diagnosed with a condition. 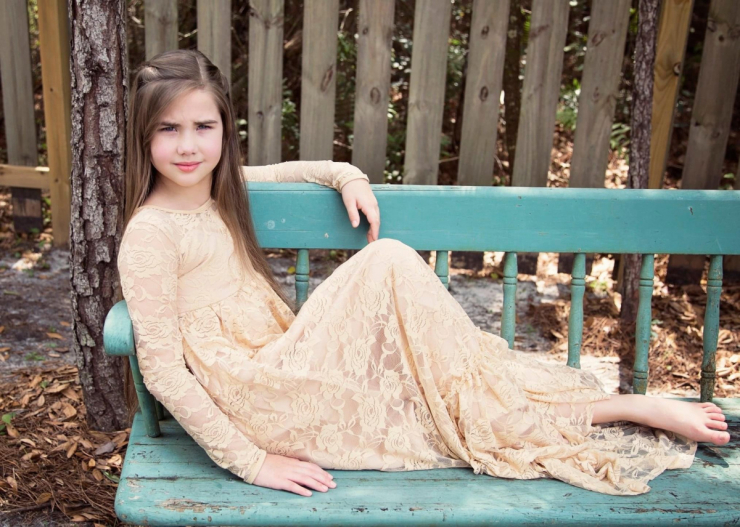 “Honestly, the possibility of HSP was a gut punch. Not knowing what she actually has is even worse,” he said.

Where do you go when there’s nowhere else to go? 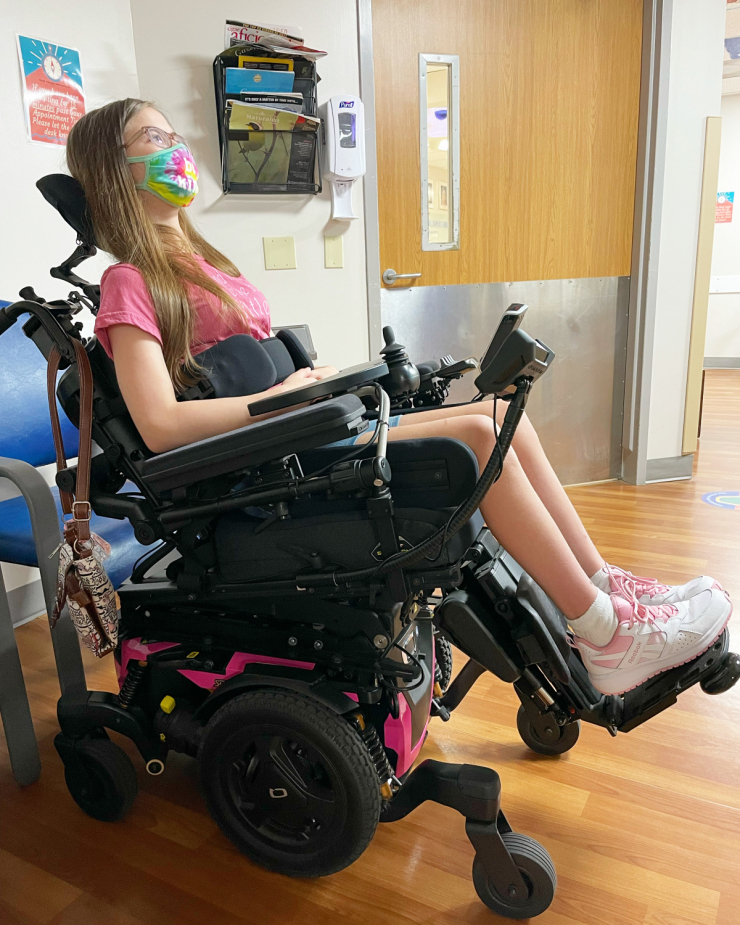 For so many families, that answer has been Chive Charities. Through the support of our dedicated donors, we’re often the final stop on a long and tumultuous journey that has pulled rare medical individuals and the people who love them to their knees.

For us, the disease might be unknown - but the family’s need is not. 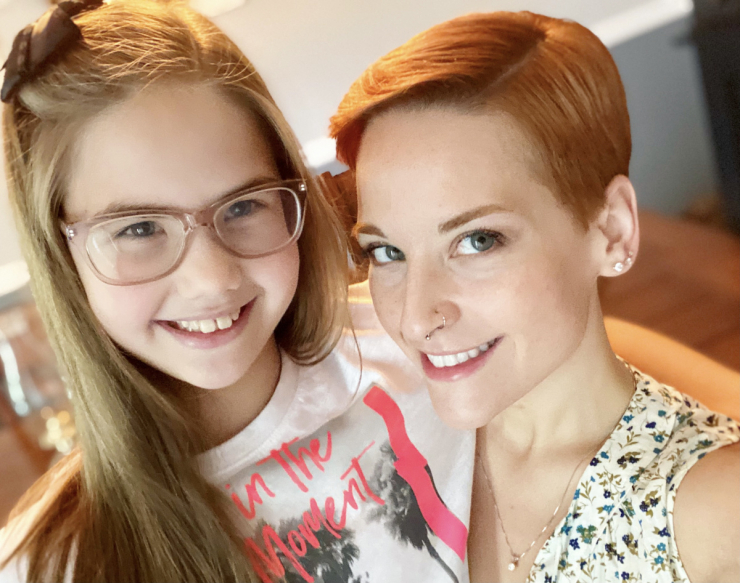 Here is where another unknown enters the chat. A few weeks ago, co-founder of theCHIVE and Chive Charities, John Resig, was part of an elaborate (and secret) scheme to get his face on a gold coin.

While he might have been caught off guard, his mood shifted when he found out that 100% of proceeds from the coin launch would be donated to a Chive Charities recipient to fund a life-changing grant. 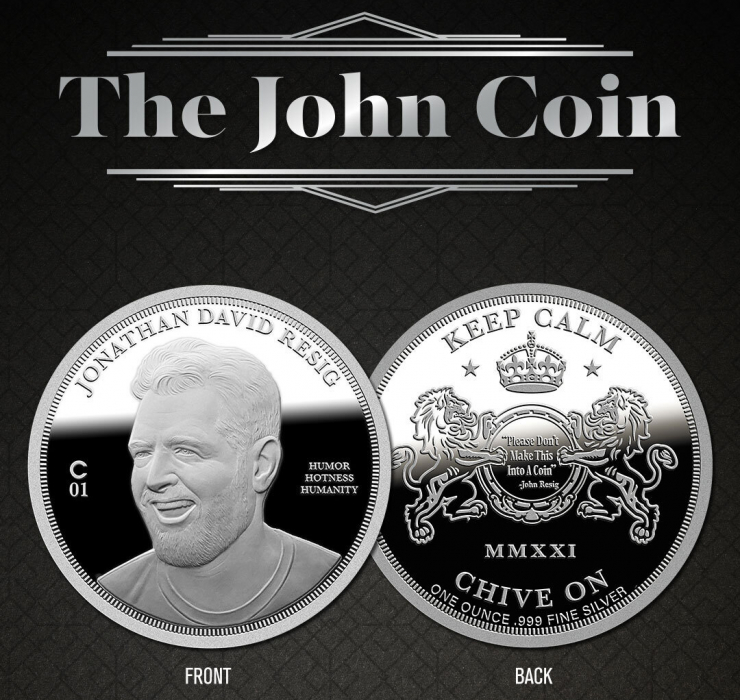 Annabella was that recipient.

Through the success of the coin sale (it sold out within minutes), Chive Charities was able to use those funds to purchase some much-needed items for Annabella, including a wheelchair lift, vehicle restraints, and toileting system for a total impact of $10,578. 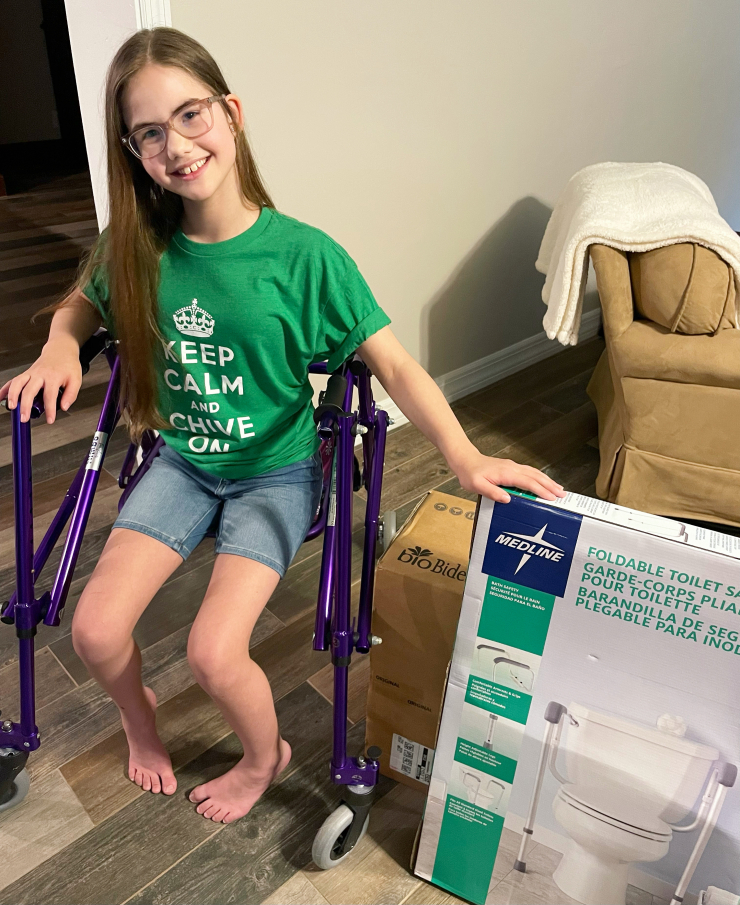 That would have been incredible enough on its own, but we weren’t done yet.

While on a video call with Annabella, her mom Sarah, and Navy-veteran dad Tony, we saw an even bigger need. After serving our country for nearly 18 years, Tony was medically retired from the Navy with a traumatic brain injury. That TBI causes a myriad of issues, the most notable of which are multiple seizures that happen unexpectedly every week. 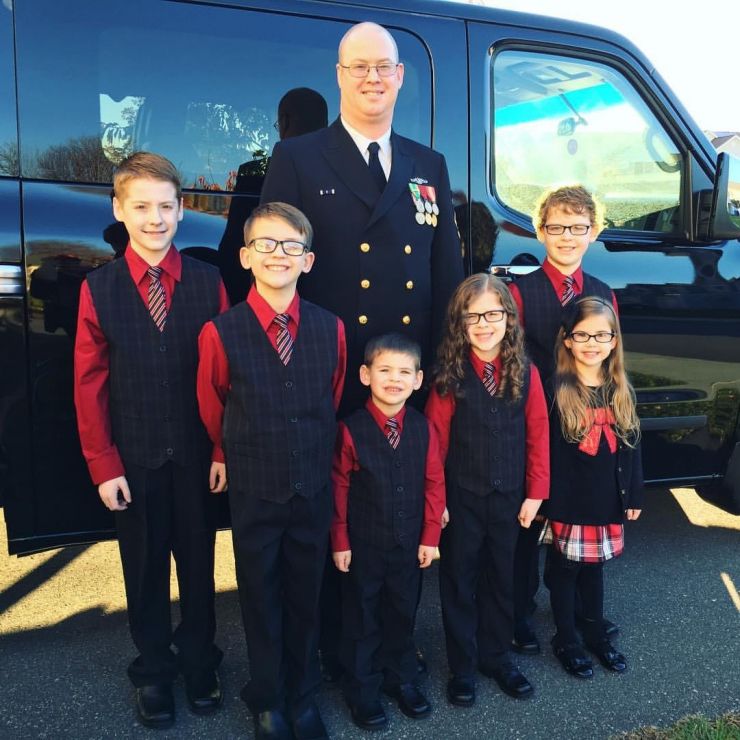 Sarah explained that sometimes Tony will have a seizure while working out on their farm and she has no way of getting him back to the house. If Annabella is also out on the farm with him, things are complicated times two. That didn’t sound like something that should continue.

So, we reached out directly to our partner and country music hitmaker Michael Ray and his team to see if they might be able to help us with this other family need. After all, he seems to know a thing or two about adventure vehicles. 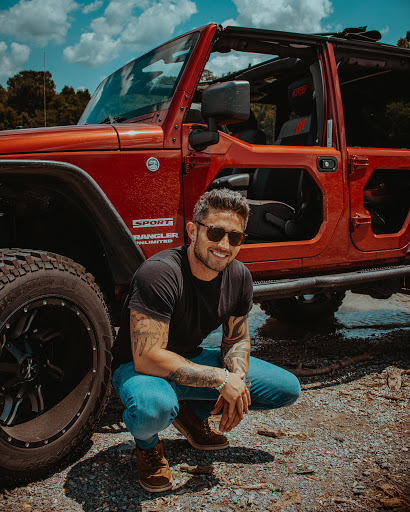 Pretty quickly, they identified a sponsor who gladly agreed to provide a CAN-AM Defender for Tony and the family to use on their farm and to give them all a sense of peace. That sponsor was BRP, and they helped create a lot of joy that day. 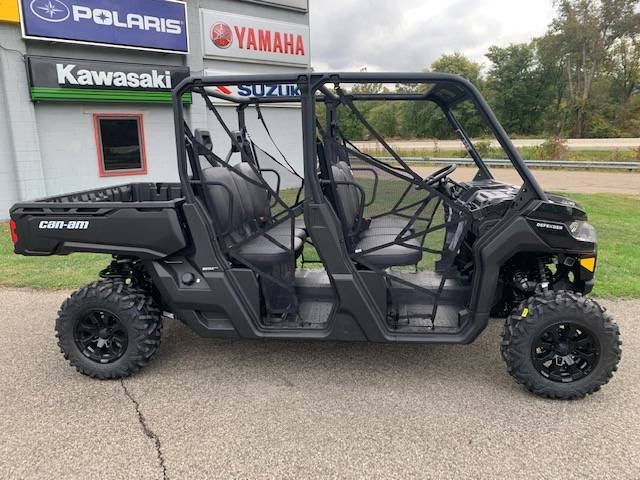 For a family so used to the negative side of the unknown, we showed them what a good unknown could look like when we called and surprised them with the life-changing news. 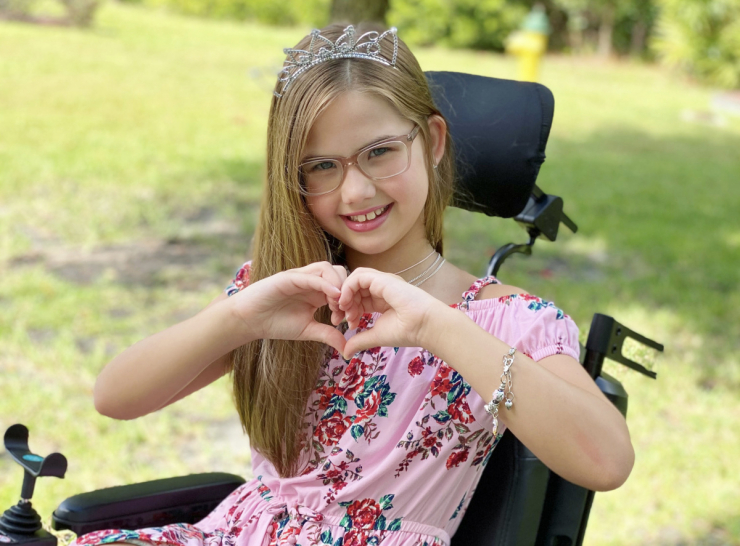 This year, we know we’ll meet more deserving veterans, first responders, and rare medical families who need our help. We know we have a group of monthly donors whose selflessness will allow us to say yes to more of them. We know those $5, $10, $50 donations directly impact recipient lives, every single week.

What we don’t know, yet, is if you’ll become one of them. Let us show you what we can do. DONATE HERE.