All roads lead to Montana

Have you ever heard the phrase, “Ask me no questions and I’ll tell you no lies”? It means you won’t get a true or accurate answer, so don’t even bother asking the question. Unfortunately, for Justin Bolinger, that became the undercurrent of nearly all of his doctor’s appointments. We don’t know for sure, so please don’t ask. 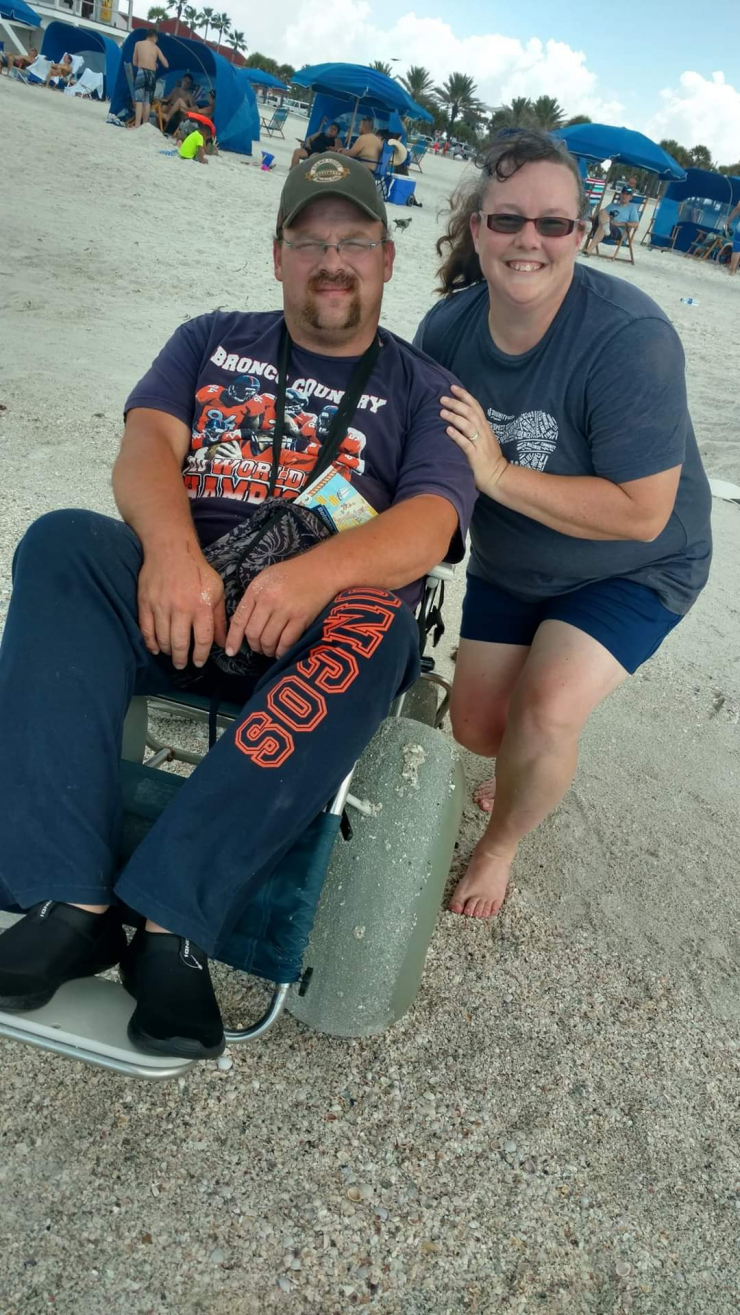 After 24 shoulder dislocations in two years and a steady decline in strength, Justin knew something was up. But now, he didn’t just want to know the truth - his life depended on it.

But let’s start back at the beginning. 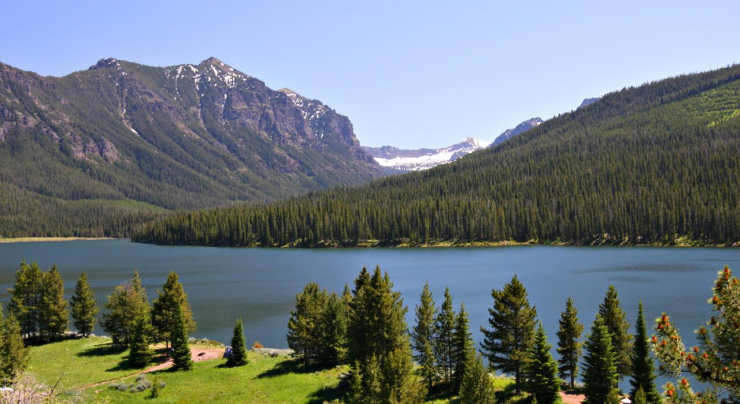 Justin was born in Bozeman, Montana as the son of a ranch foreman. And no, not exactly like the Dutton family on Yellowstone. More like Rip Wheeler.

He scurried around on the ranch, an ever-present shadow to his dad’s towering frame, riding horses, doing chores, and generally enjoying life as a kid on wide open land.

He spent his formative years in Kansas before his dad accepted a new job on a ranch in Delta, Colorado, and the family headed west once again. Justin was fully in his element, working outside with his dad all the time and relishing in the physical aspect. He went to school during the fall, winter, and spring, and loved playing football and wrestling. “Life couldn’t be much better,” he said. 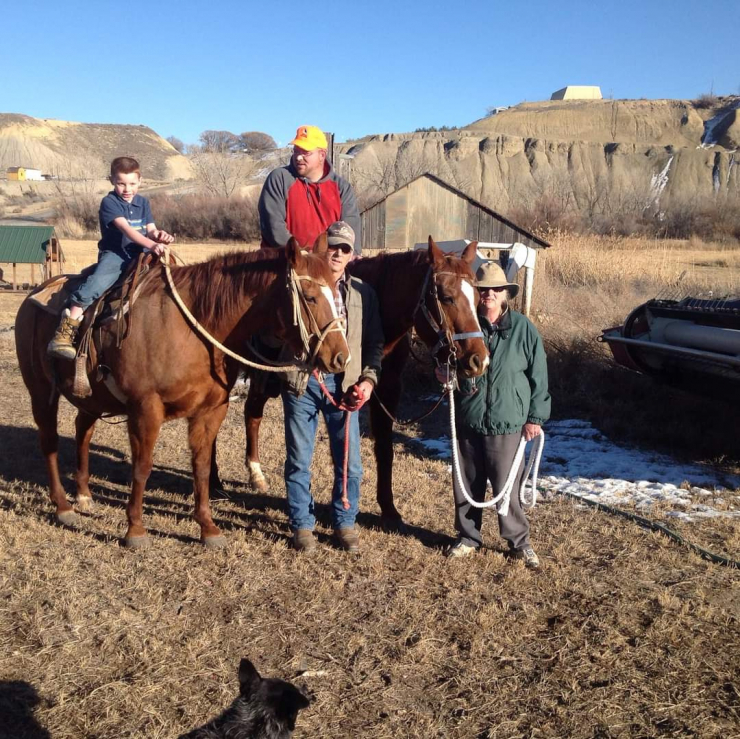 As Justin got more involved in sports, he was required to participate in annual physicals.

“I thought my body was pretty normal until those check-ups,” Justin told us. “The first thing I noticed was not having a reflex when my knee was tapped. Being observant, I figured out how to fake a reflex/jerk during my physicals. A simple reflex was not keeping me out of football.

Justin was a hard worker with incredible grit and determination, and he likely would have gone on that way for a while had it not been for his recurrent shoulder dislocations. He suffered 24 shoulder dislocations in just a two-year span, getting on a first-name basis with the local ER staff because of his frequent visits.

Justin started asking doctors what was going on and why his shoulder couldn’t seem to stay in place and got the same message back: “Your muscles outgrew your bones.”

They didn’t know for sure and it wasn’t the time to guess. But they tried to find reasoning anyway, even if it didn’t fully add up.

Somehow, Justin made it through several football games in his junior year of high school, thanks in large part to a special harness he wore to keep his shoulder in place.

Justin later underwent shoulder surgery that ended his wrestling and football dreams, but instead of feeling sorry for himself, he pivoted straight into the FFA and Speech Club, thinking the latter was probably the least risky extracurricular out there.

Once again, doctors were baffled but repeated their constant refrain. Nothing serious is wrong with you, you’re just growing too fast. 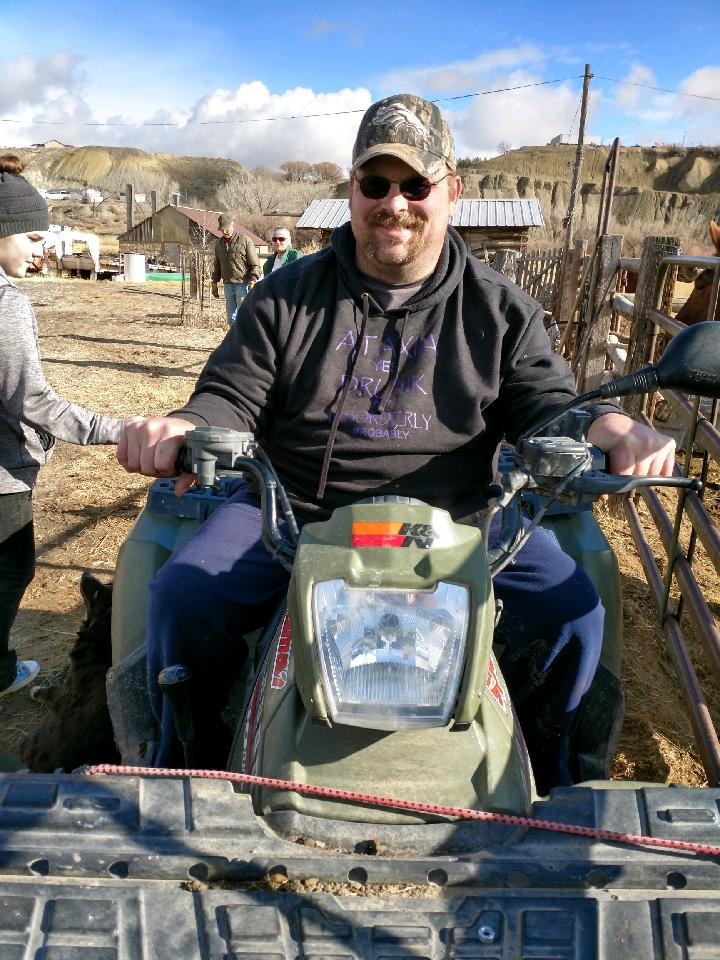 By the time he got to junior college, Justin’s physical abilities had declined enough to be noticeable to his friends. He brushed off his clumsy walking and frequent falls as having bad knees from work on the farm.

He realized pretty quickly that college wasn’t the route for him - “The best things I got out of that experience were sleeping in until 7:30 am and meeting my future wife” - and set out on a different career path.

It wasn’t all smooth sailing from there. He worked a couple of different jobs, but Justin’s balance, mobility, and speech were worsening. So much so that he was once turned in for being drunk on the job because his speech was so slurred, though he did not and does not drink alcohol. He then took a job laying a water line, and when his walking and balance failed, he trained on the loader. Eventually, he was unable to do the work at all. 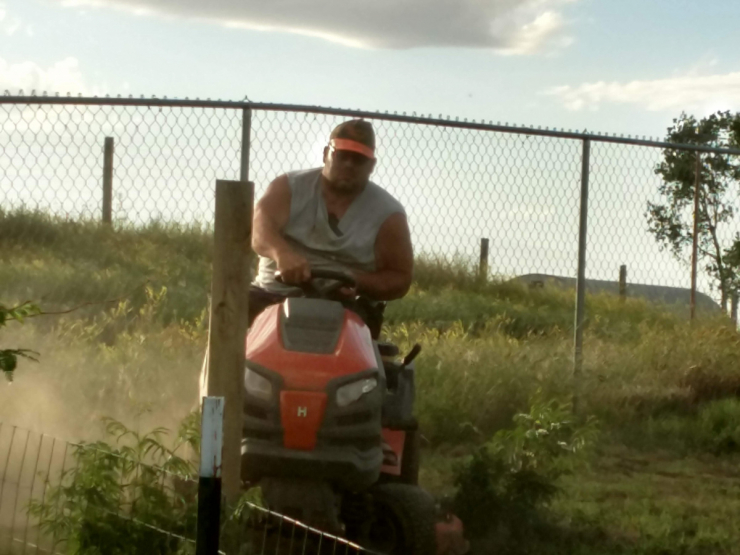 “My life took a real negative dive,” he said. “In March, I turned 24 years old, found out my wife was pregnant, lost my job, and she lost hers. I was also, finally, officially diagnosed.”

This time, Justin asked the question and got a truthful answer. His muscles didn’t outgrow his bones after all. He had a life-shortening, degenerative neuro-muscular disorder called Friedreich’s Ataxia (FA). 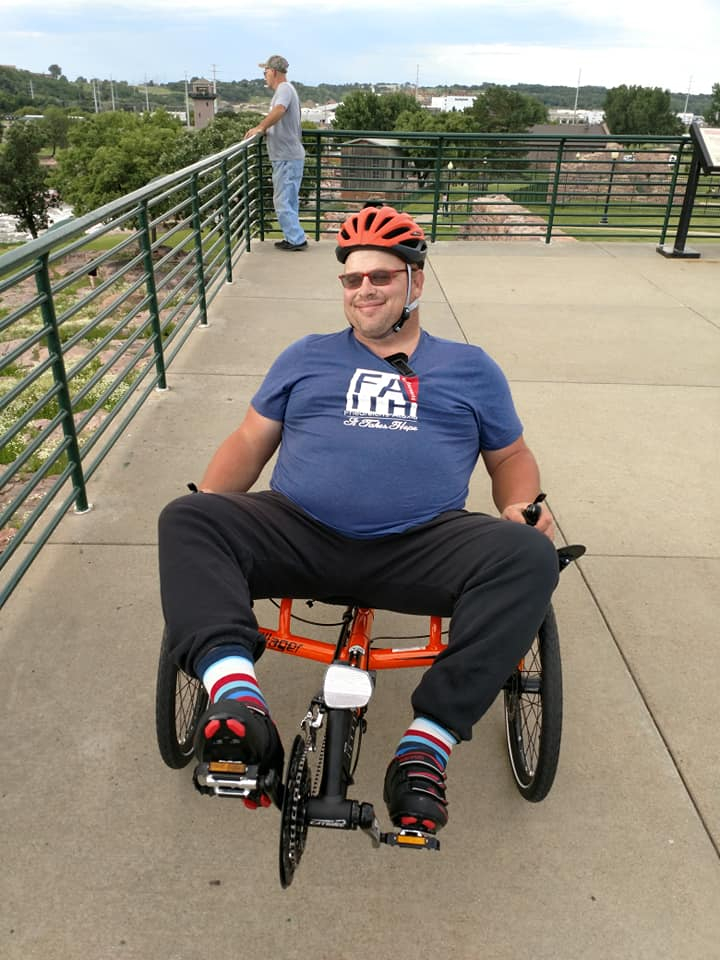 His sister would later be diagnosed with the same condition. “That was tough on my parents thinking they could lose both of their kids,” Justin told us. 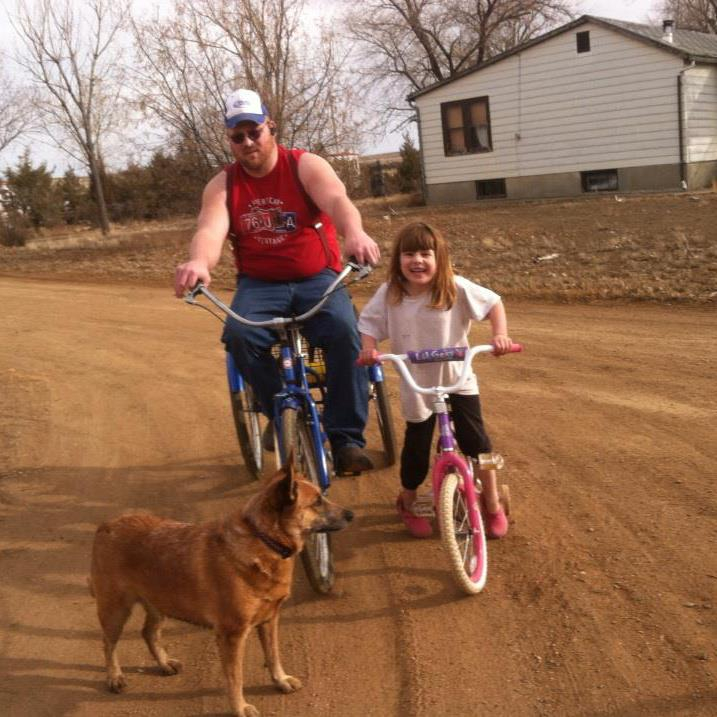 Today, Justin is 44 years old. It’s been 20 years since his FA diagnosis and he’s still proving people wrong. (After his diagnosis, he was told the disease would be fatal by his 30th birthday).

He moved his wife and three kids back to the great state of Montana, to a tiny town in the eastern part of the state called Jordan. What the town lacks in paved roads and amenities it makes up for in acceptance. 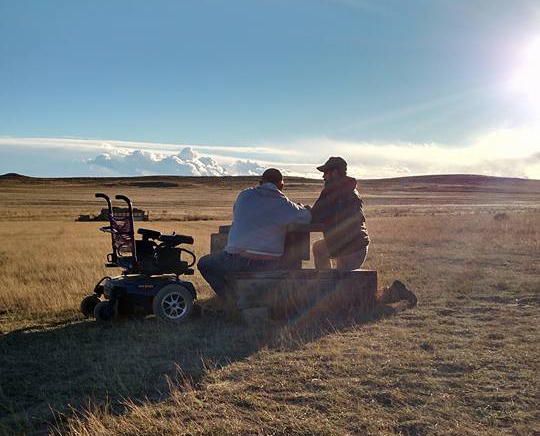 “Jordan is the first place I lived that didn’t see only FA, but the person behind the disease,” Justin shared.

Unfortunately, the rocky and dirt-filled roads weren’t as welcoming as the community. His first wheelchair was absolutely obliterated by the gravel.

Then, he met Jazzy, a local treasure he found in a nearby pawn shop. 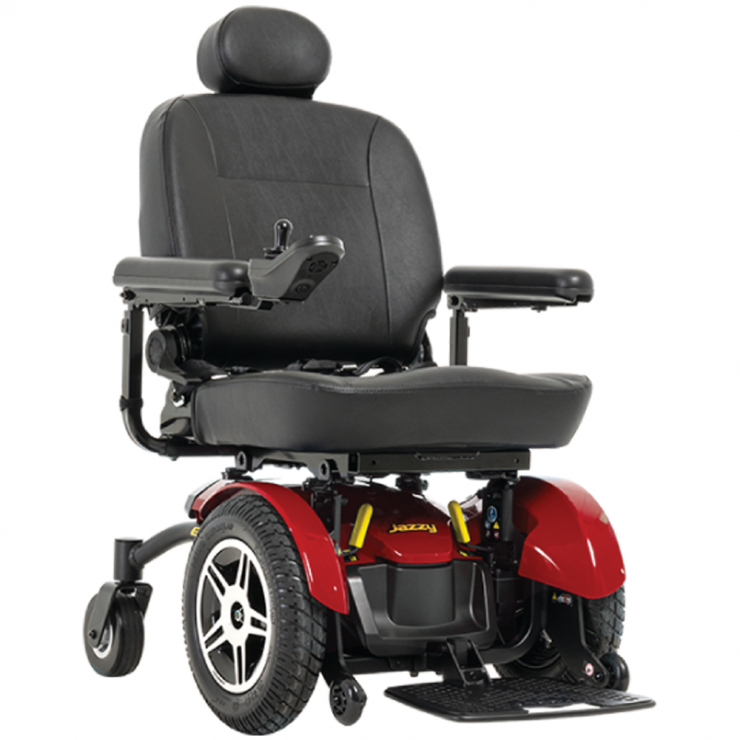 “With the Jazzy for mobility, my young kids, and another man in a power chair, rebuilt a stock trailer,” said Justin. “With a little adaptation, I found I could mow lawns because of my new mobility. My kids and I started a mowing service in town. With the power chair, I could mow the grass and the kids followed up with the weed-eating.

“I believe last summer we had 25 customers. Also with my new mobility, I built a deck and have done other carpentry work around our place.” 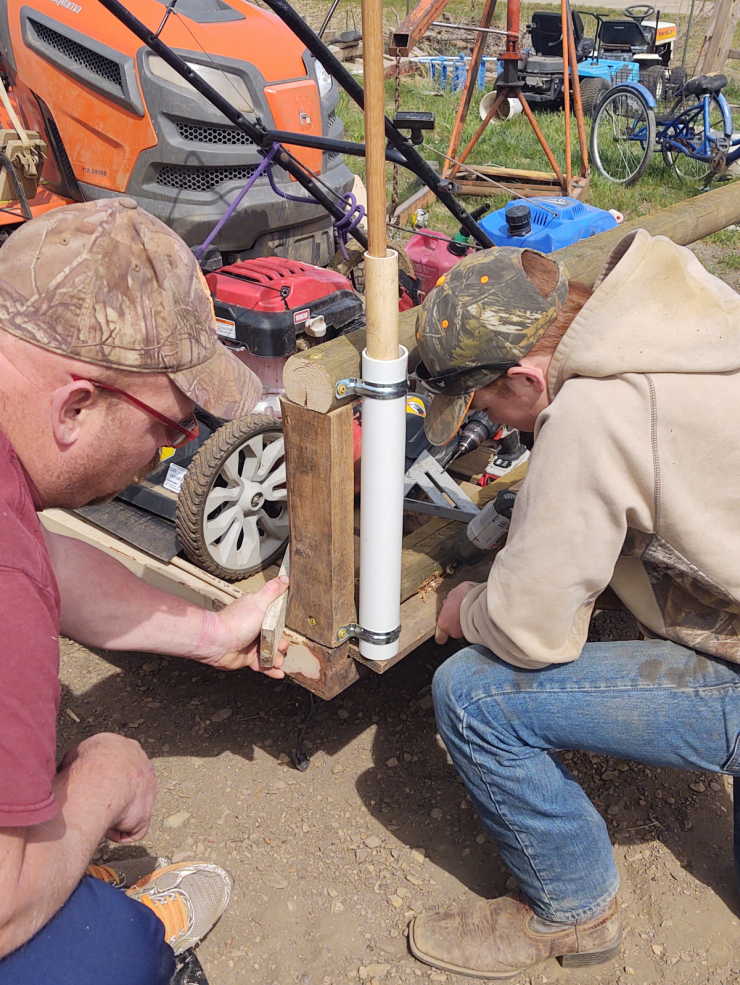 (If your mouth is agape right now, don’t worry. Mine is too.)

But for all the things Justin can do himself, there are others that require help beyond his control. 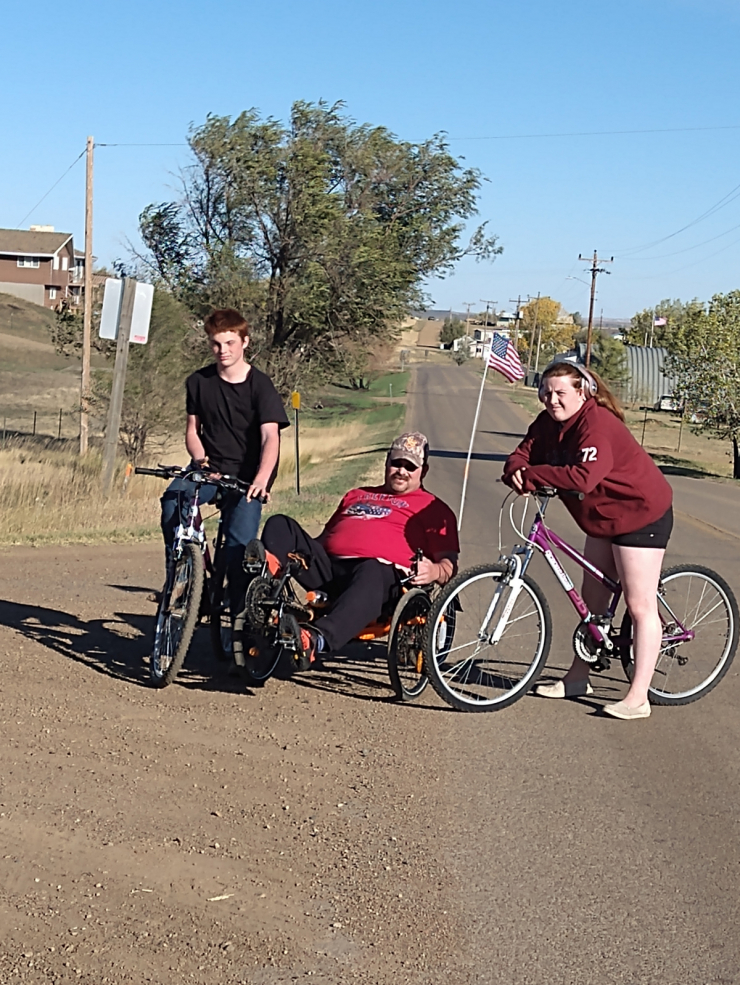 One of the things he misses most about his mobility is the opportunity to talk with people eye-to-eye. He also hasn’t been fishing in nearly three years and wants to enjoy time with his three kids - all of whom take after their parents and rarely stop moving. 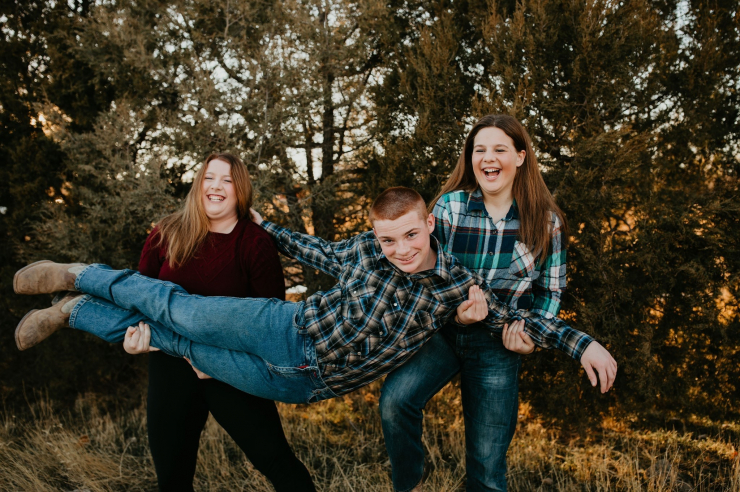 “If I make life too easy for myself, it makes the disease progressively worse,” Justin said. He isn’t asking for a lot - he’s just asking for what he needs.

At Chive Charities, we have monthly donors who contribute anywhere from $10 - $200 or more each month to support people like Justin who have a need that insurance or other resources can’t meet. Through those contributions, we were able to fund an Action Trackstander for a total impact of $23,629. If he could meet all of you in person to say thank you, he’d do it eye-to-eye. 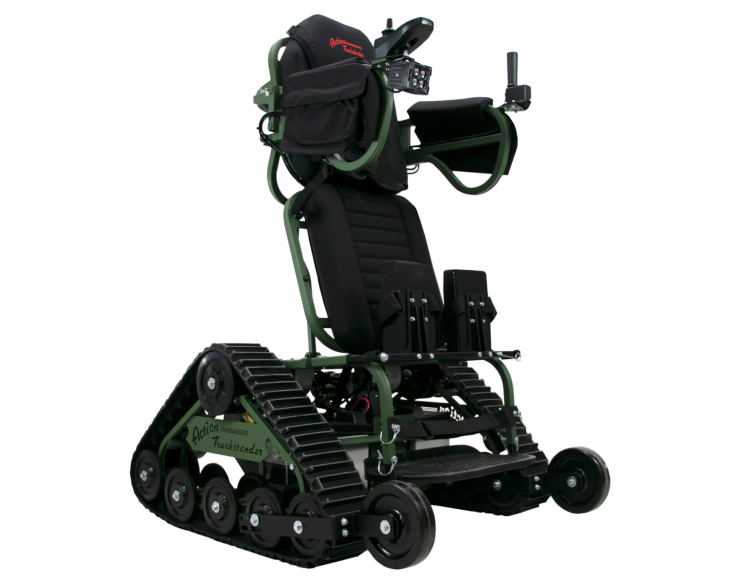 It’s hard to ask the tough questions, but that part wasn’t the challenge for Justin. It was the answers that nearly cost him his life - both when it was simply untrue and when it was a life-changing, factual diagnosis. 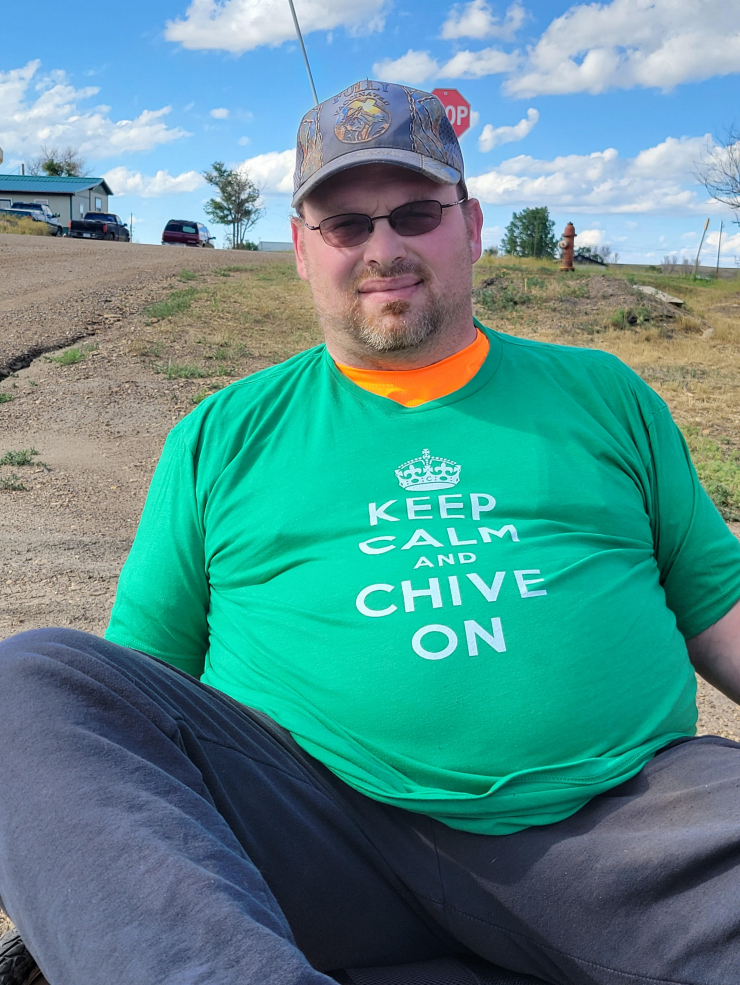 The truth doesn’t make things easier. But if anyone can handle the hard stuff, it’s Justin and his family. 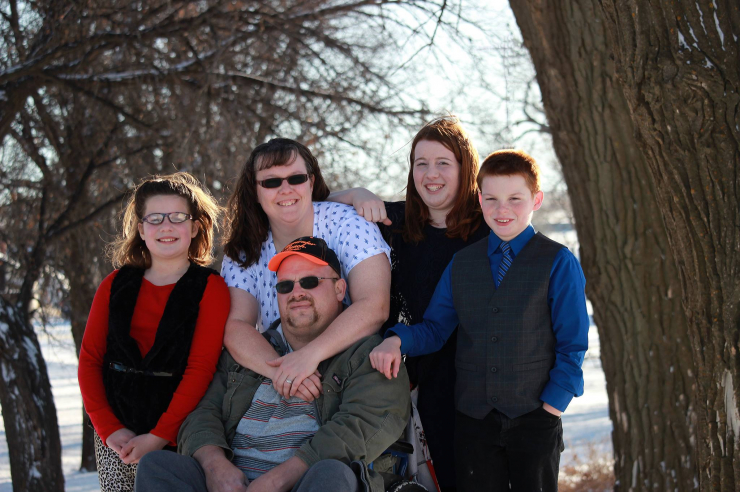 Thanks to donors like you, the hard stuff will be a little bit easier today…and that’s the truth. DONATE HERE.