With a community behind her, Izzy takes on the world

With a community behind her, Izzy takes on the world

She knew now, at 6, that she wasn’t exactly the same as the other kids. She realized she needed some special help, some extra supervision that neither her brothers nor her classmates needed. But that doesn’t mean that much to her. She doesn’t know that the world has a name for her ‘limitations,’ that they call it Kabuki syndrome. It doesn’t matter to her that it’s really rare… that few people other than her have it. She already knows she’s special, she doesn’t need a doctor to tell her so. The way she looks at the swing set is probably differently than her peers because to her, it’s a challenge. A chance to do something. A chance to prove herself.

Before she has decided whether or not she stands a chance of making it to the top… her foot is already on the first step. And then the second. She’s concentrating on nothing but what she needs to do, on what must happen for her to succeed. And then, it seems like it took forever, but she can’t believe it – she’s standing on top of the play set. She looks down at what she’s just done, at what it took for her to get here. Her mom calls her name and she looks, waving and smiling. Mom Heidi’s expression quickly turns from shock to pride… and Izzy can see there are tears behind her eyes.

“Faith is taking the first step even when you can’t see the whole staircase.”

Martin Luther King Jr. said that, and Izzy knows exactly what he meant. 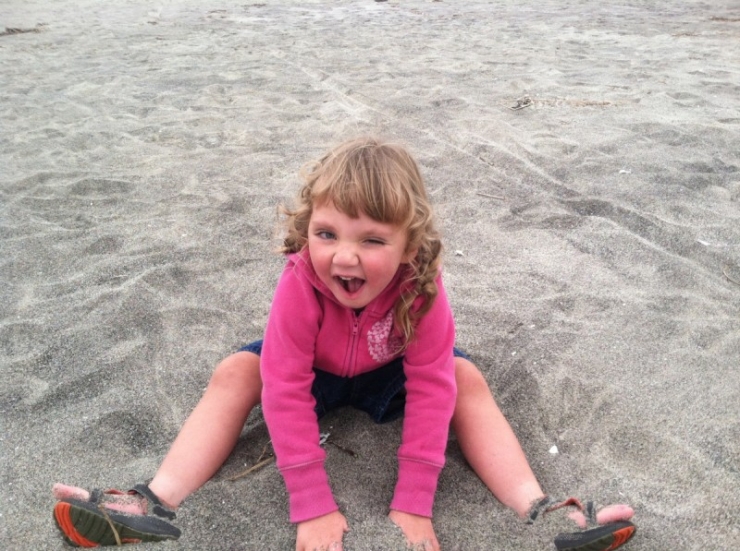 Following a completely normal pregnancy, Isabelle Winter Robinson was born on January 24, 2010. But the story of her birth was in stark contrast to the 9 months before: as soon as dad Isaac and mom Heidi arrived at the hospital, the complications began. The NICU team waited as Heidi delivered and then when Isabelle was born, not breathing, the team whisked her away to resuscitate. As soon as she began breathing again… she started having seizures. The seizures left the left side of her body extremely weak and she began Physical Therapy at 14 days old. Soon after, her parents found out she had heart problems, eye problems, a compromised immune system and aspiration.

But no one could tell them what was causing these issues. 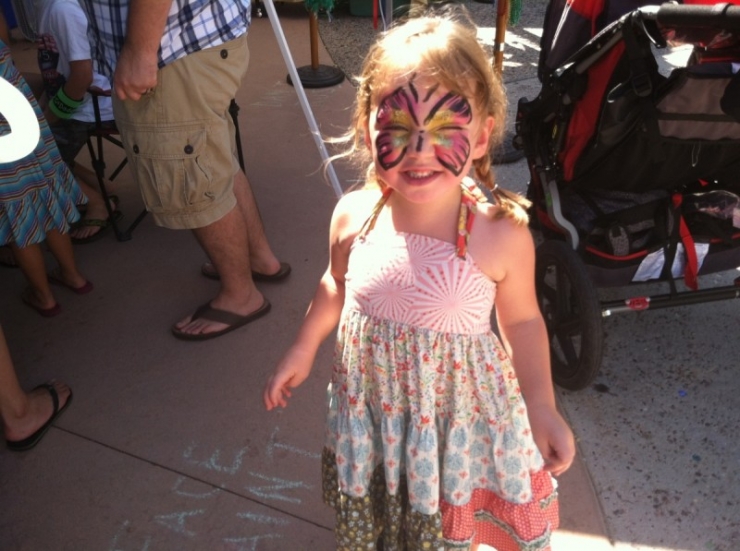 In Izzy’s first year of life, she went to “over 200 doctor’s appointments.” During that time, dad Isaac lost his job. It was a hard time for the Robinson family. One week before her first birthday, Heidi took her yet another appointment, this time with a geneticist. She had no reason to believe this time would be different from all the others, but the geneticist took one look at Izzy and diagnosed her with the ultra-rare genetic syndrome called Kabuki syndrome. Heidi asked what made him so sure, and he told her “It’s her eyes. They’re almond-shaped, it’s one of the signs.”

At last, Isabelle had a diagnosis, but her life did not magically become easier. She began seeing audiologists, urologists, a GI specialist, a developmental pediatrician, etc. He told Heidi, rather bluntly, that 95% of children with Kabuki have intellectual disabilities and she should be prepared for Izzy to never leave home… to never gain independence. He told her she should let go of any expectations she had had for her future.

But Heidi looked down at her daughter and knew, in a way, he was right. She should let go of her expectations for Izzy’s future because her future would be different: she would make sure it would be better than Izzy could have ever imagined. 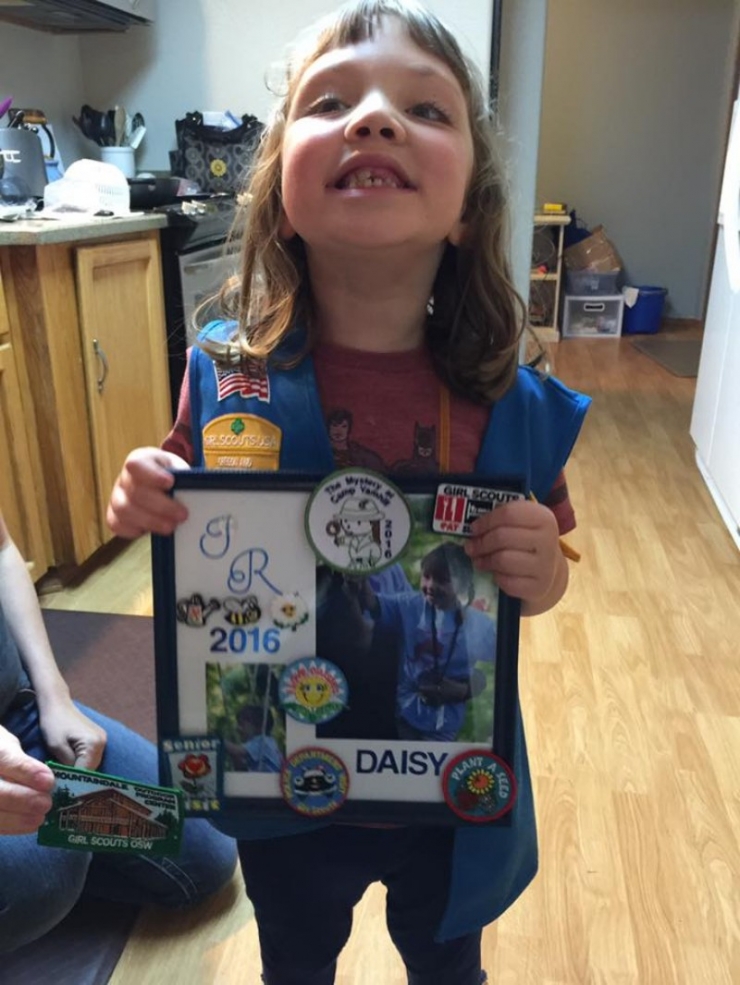 Izzy’s favorite thing about herself is that she is a Girl Scout. 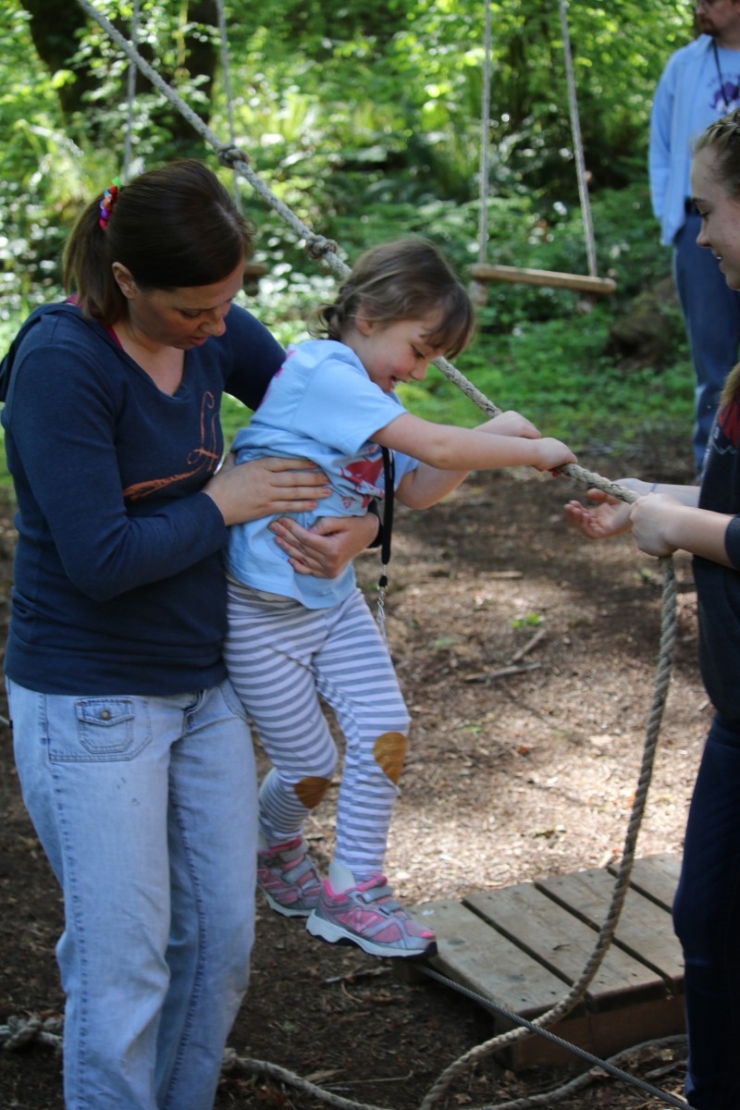 In direct opposition to the doctor’s prognosis, Izzy leaves the house all the time. Usually to take adventures, to go to school, to play with her friends, and to make memories she’ll keep forever. 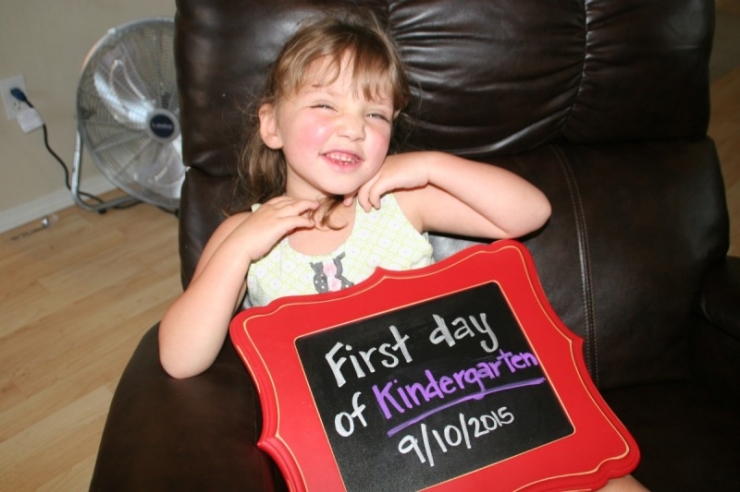 Izzy loves going to school. She is in an inclusive class and gets tons of support. Once, when she had to miss class for 2 weeks due to medical reasons, she accompanied mom to pick up Eli just so she could see the school she missed so dearly. It just so happened that her class was coming back from music class and saw her. Heidi describes it as being “rushed by 20 kindergarteners” who were yelling “IZZY!!!! YOU DID IT! YOU’RE BACK!!”

Now, Isaac and Heidi laugh about the fact that they were nervous for Isabelle to start school, that it might be hard for her to make friends. It couldn’t be farther from the truth. 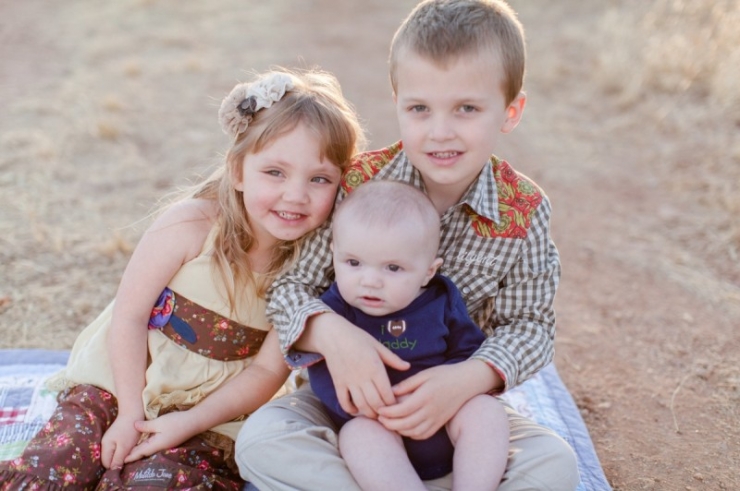 Although Izzy’s two brothers are a serious disappointment (she makes it very clear she wanted two sisters instead), family is the most important thing in her life. Older brother Eli and younger brother Seth are her sources of constant support, distraction, and joy. 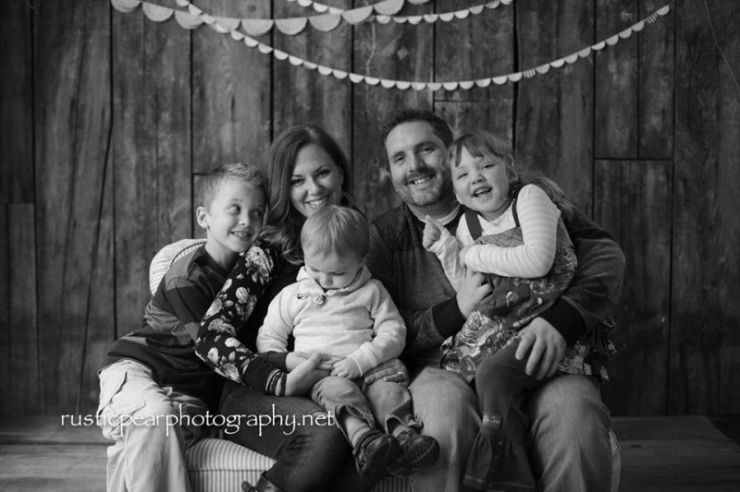 Heidi and Isaac say the most important thing to them is that their daughter always find opportunity. “For us,” she tells us, “it’s about making sure every opportunity is available… making sure she gets that shot. Whatever she wants her future to be, we’ve helped her get to a point where she can have that.” 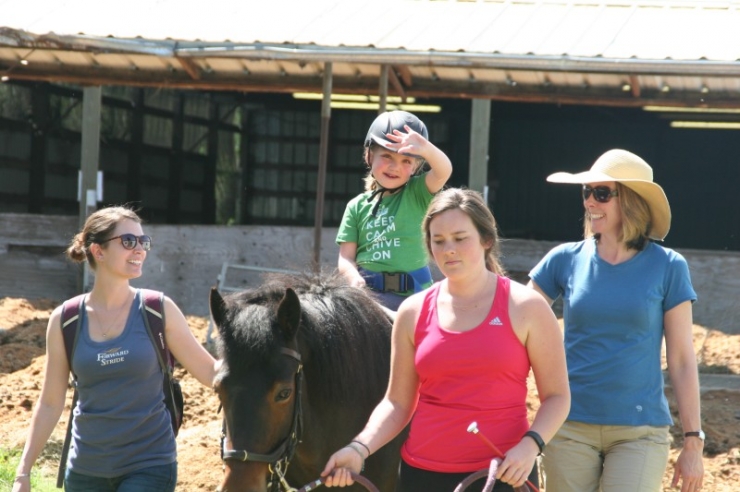 One of the most important opportunities available to Isabelle was horse therapy… but because of Isabelle’s enormous medical expenses, the Robinson family couldn’t pay for it and insurance refused to cover. But before they gave up hope, fate intervened. They happened to know another recipient of Chive Charities, Poppy, and her mom told Heidi to look into it. Heidi first reaction was surprise, she said, “There’s a place out there that will give you horse therapy!?” 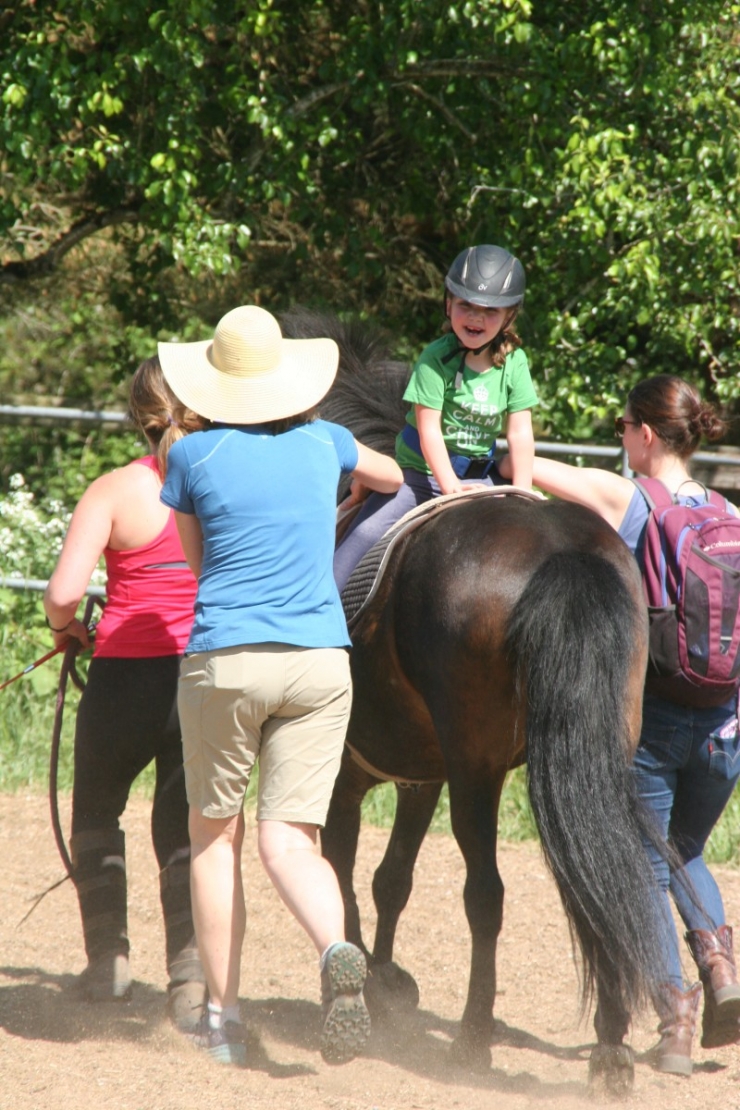 Indeed, there was. With a $9,000 grant from Chive Charities, Isabelle will enjoy the countless benefits of hippo therapy for a long time. The activities help her core, her muscle development, her reactions, and her coordination. But, the grant also covered something else… 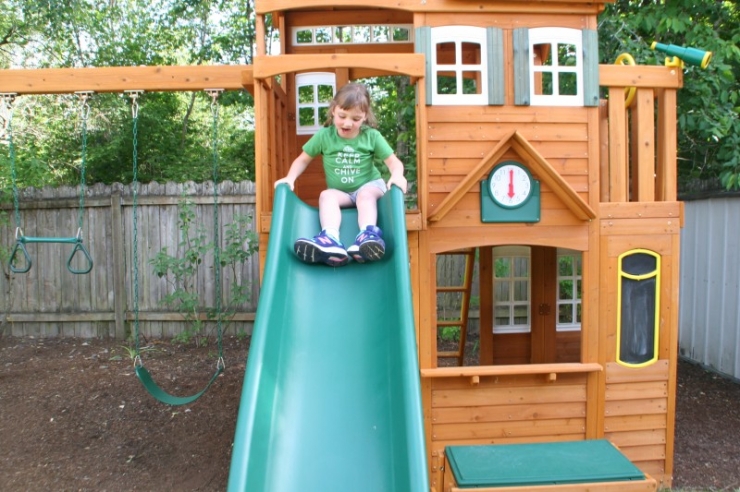 A state-of-the-art, customized play set for physical therapy (and, let’s face it, tons of fun!) 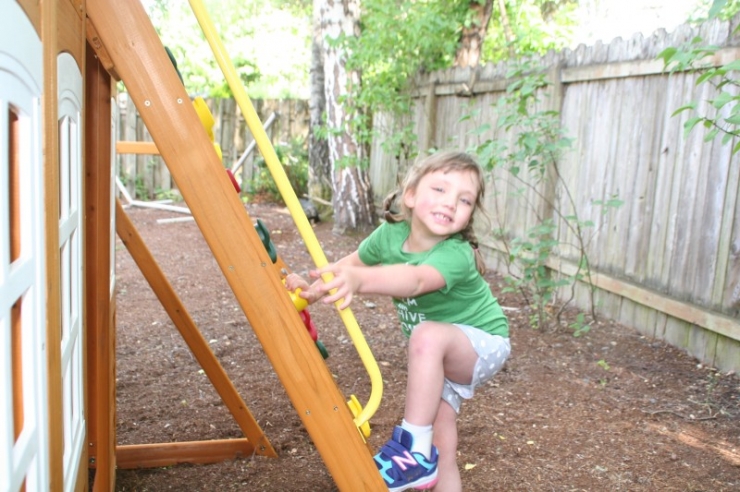 After taking that first, scary step, Izzy realized that things are usually less intimidating than they seem. She realized that she can climb stairs on her own, that she can make friends, that she can have an amazing life that isn’t defined by her diagnosis. She also realized that it’s easier to conquer the world when people believe in you, and now in addition to her family, Izzy has the unwavering support of the Chive Charities community.

“There’s a lot that our kids need, there are so many things that get pushed to the wayside. It’s so cool that the Chive Charities members are just listening to the families, like… my kid just wants to ride horses! The best part is being listened to, just listening to what my daughter wants.”

Thank you, to our monthly donors, for listening to the stories of our recipients and helping them in meaningful ways. If you want to join our mission to make the world 10% happier, become a Chive Charities member RIGHT HERE! 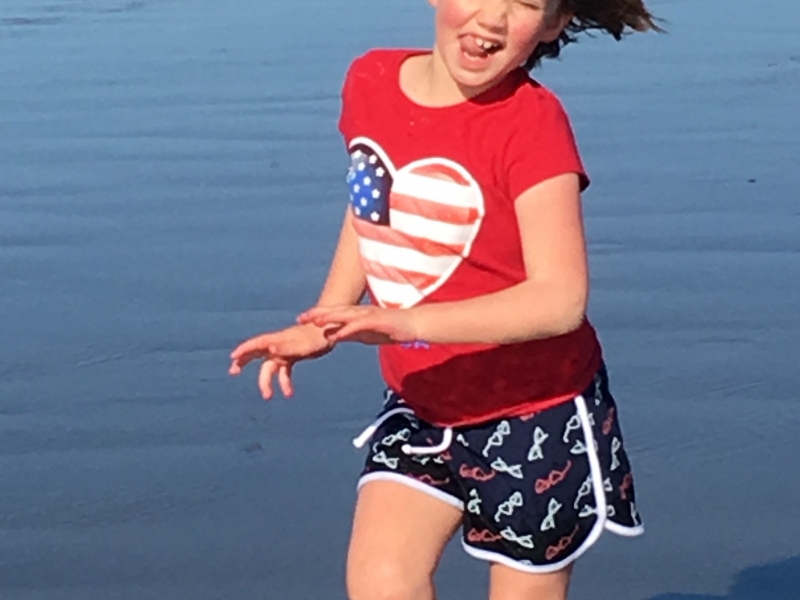 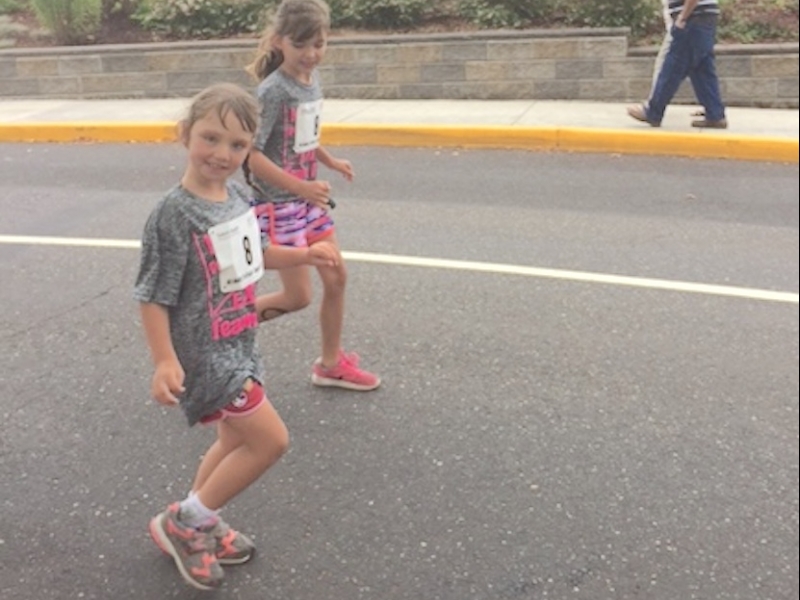 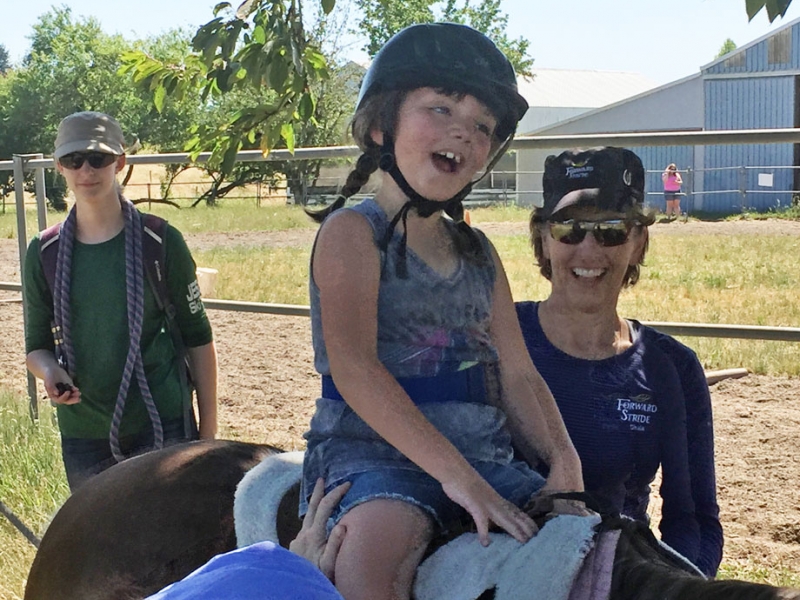