funded an ADA van from AMS Vans and a Hoyer Lift.

If you’ve ever had to wait for something you really wanted, you know it can feel like time is dragging by.

The anticipation, the excitement, and maybe even the frustration as you anxiously wait can push many of us past our comfort zone – And that’s usually just for the things we want, like a new outfit for an upcoming event or for the latest season of Game of Thrones to drop.

Now, take a second to think about that anticipation for relatively small things and then put yourself in the shoes of Hope and Kristopher, waiting for more than a decade for things they didn’t just want, but desperately needed. It’s truly hard to fathom, but it’s been their reality for much of Kristopher’s life. 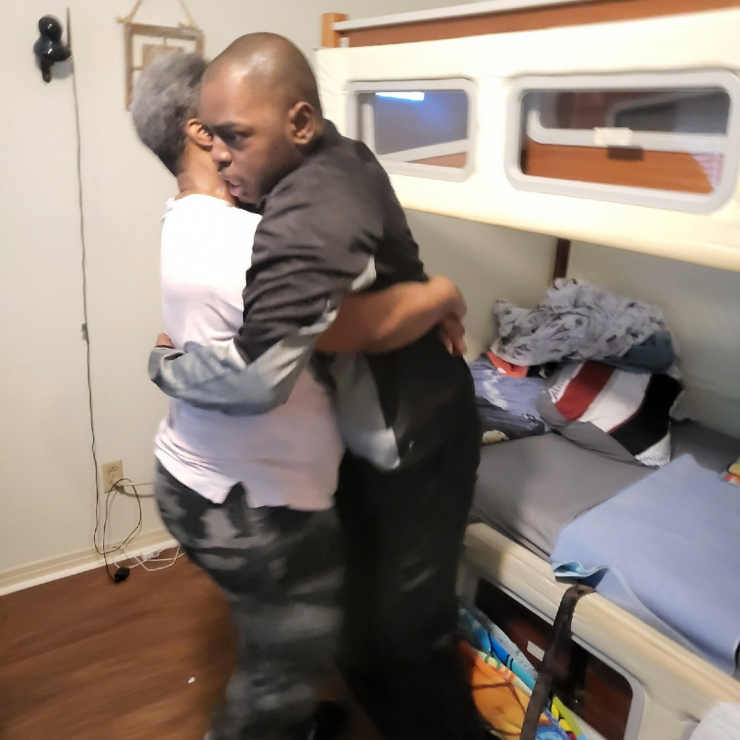 When Kris was born 22 years ago, he entered the world at a whopping 10 lbs, 6 oz., a bright-eyed baby full of squishable rolls. His mom, Hope, had three blissful days with him, cuddling her son and taking in the intoxicating newborn scent before her world was forever altered and the two were taken down a different path than the one she had imagined.

Kris began experiencing seizures, leading to an MRI of his brain. When the doctors came back into the room, they carried a chart full of medical jargon and one phrase that stood out from them all: Agenesis of corpus callosum (ACC). 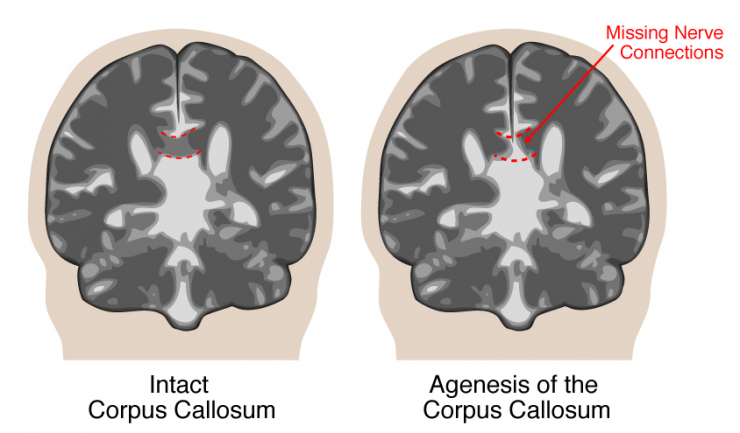 ACC is a rare disorder where there’s a partial or complete absence of an area of the brain that connects the two cerebral hemispheres. Some documented cases have been relatively mild; Kris’s would not be.

Doctors said they were lucky to find out so early. Lucky.

It’s hard to imagine what that must be like. To hold a newborn baby and listen as a team of physicians lists all the ways that what you dream for them might not come to be. All you can do is wait and see, wait and let them show you what their future will look like.

From ages 4-11, Kris defied many of the doctors’ expectations, even walking despite the fact they said he would be unable. He found a love for music that stuck with him to this day, and if he hears a song, he never forgets it. He sings or hums along, perfectly matching the melody.

But not long after his 11th birthday, Kris had a major seizure that threatened his life and erased nearly all of the improvements he made. Hope tried therapy to help him regain the ability to walk, but it didn’t seem to help and his progress stalled.

A subsequent surgery placed him in a body cast for a full year. His leg muscles deteriorated and eventually atrophied, and Kris lost nearly 40 pounds. By age 15, he was fully dependent on a wheelchair for mobility.

The two were facing so many unknowns, so many new challenges. But still, when music was playing, Kris continued to sing.

“It’s been me and Kristopher for a long time,” said Hope. “We’ve had support here and there, but we manage most things ourselves.”

Eventually, the requirements of Kris’s care took a physical toll on Hope’s body. She had a recent knee surgery and needs another, but she can’t afford to be down and out for the recovery. Kris depends on her and she’s deeply committed to ensuring his needs are met – often well before her own.

When Kris was 12 years old, he applied for a waiver through the state of Mississippi to get some much-needed help. When he was 15, he got on another list for critical home modifications to accommodate his new wheelchair. At the time of this writing, he’s still on those waitlists. (It’s also important to note that unless Hope calls the state every year to keep his spot on the list, he’s automatically removed).

Hope was at her wit's end waiting for help from the state or any other resource that might be able to get the pair into some reliable transportation. With no other options available to her, last year, she pooled everything she had and purchased a Honda Pilot to help take the literal and figurative weight off her shoulders. 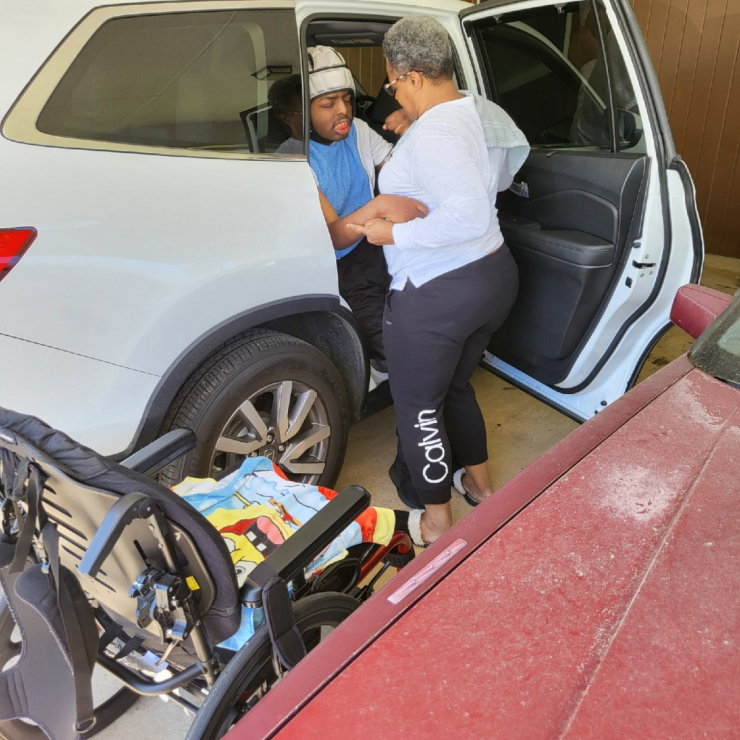 “It was clear pretty quickly that it wasn’t going to work,” she told us. “I didn’t do enough research before I bought that Pilot. I really thought it would be the answer for us, but it wasn’t. I still had to physically lift him in and out of the vehicle and then break down his wheelchair every time we left the house.” 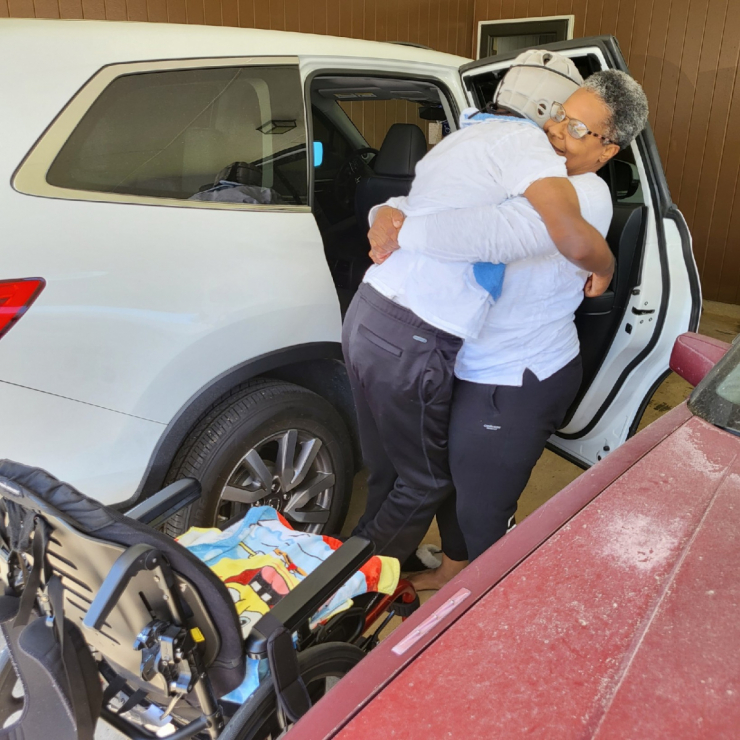 Here, she faced a crossroads. Continue to sit back and hope the state could come through for her and Kris (after 10 years and counting) or do something to get them in a situation that could work for them. She chose the latter.

Hope applied for help through Chive Charities, an organization backed by the most incredible donors who do what so many other resources and organizations cannot - fill the gaps, quickly.

Thanks to the support of our Green Ribbon Fund members, we purchased a gray 2019 Dodge Grand Caravan from our friends and partners at AMS Vans for a total impact of $49,108.

(Special shoutout to Dallas from AMS Vans who helped with the trade-in of the Honda Pilot, getting Hope and Kris into the perfect vehicle to fit their needs). 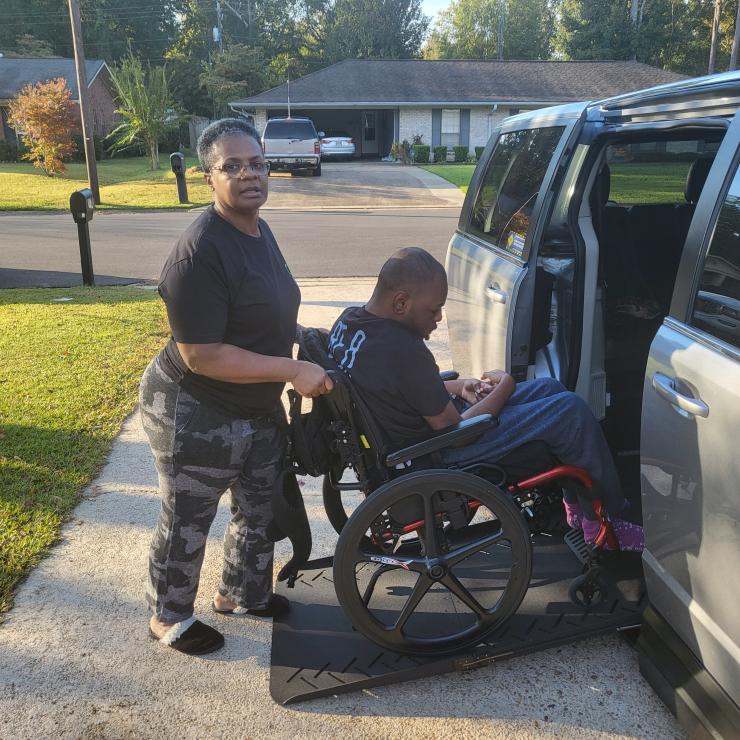 “We received the van on a Friday afternoon and I was just filled with joy,” Hope told us. “I still can’t believe I don’t have to lift him anymore. I just want to thank Chive Charities so much - you have made a big difference in my life and his.”

You can bet she’ll be turning up the music so Kris can continue to sing along. 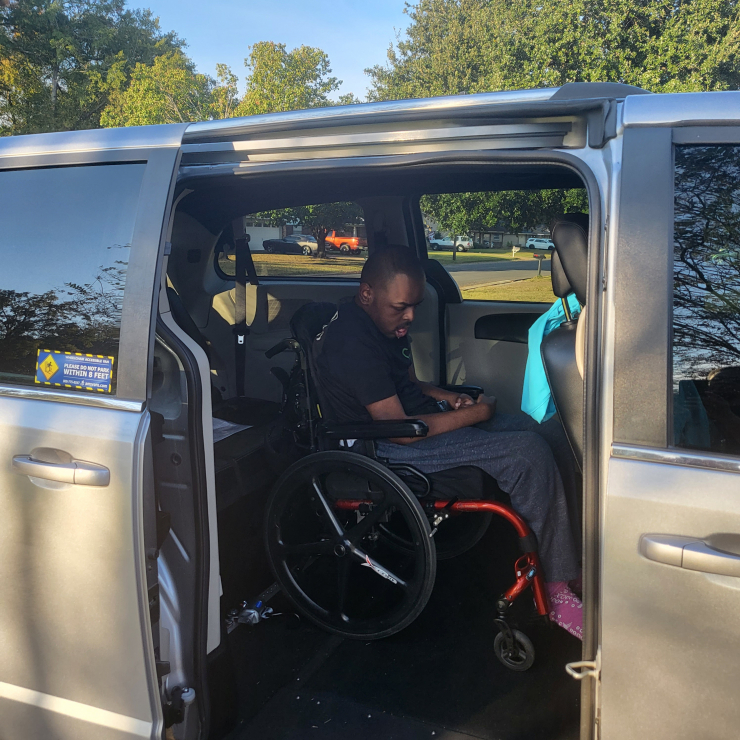 There was one other thing. If you remember, Hope and Kris have been on a waiting list for home modifications since he was 15 years old. Who knows how many more could go by before they got the help they needed?

We decided to fund a Hoyer lift, too, to help Hope transfer Kristopher from his bed to his wheelchair. Thanks to Darrell from Medimart who gave us a special discount, we were able to purchase that lift for $2,445. 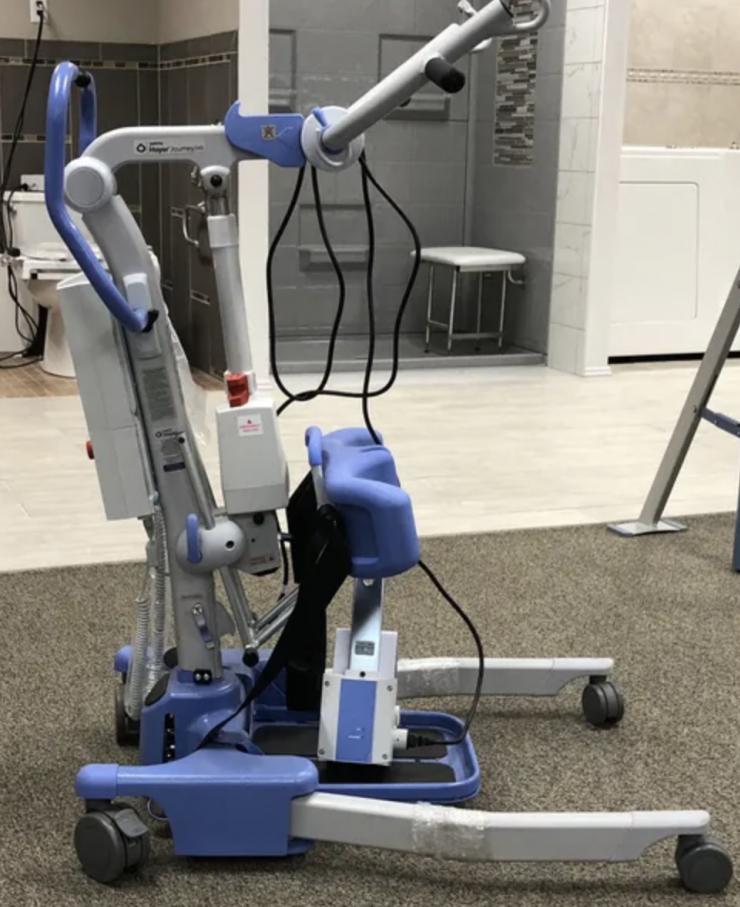 It’s hard to wait for help in any circumstance, let alone when you’re a single parent trying to care for your medically fragile son. Hope was doing everything she could as she watched month after month and year after year passes by. Until now. Until Chive Charities.

Each week, we use the support of our donors to provide critical aid for rare medical individuals, Veterans, military families, and first responders. And still today, more are waiting. Become a one-time or monthly donor and help us do what so many others cannot - fill the gaps, quickly. Don’t wait. DONATE HERE.